OMA, led by partner david gianotten, has finalized the schematic design for the new feyenoord stadium at the maas. with 63,000 seats, the new arena will be the largest football stadium in the netherlands. in addition to hosting the home games of dutch football club feyenoord, the multi-functional venue will be capable of hosting a variety of large-scale events such as concerts and congresses on non-match days. meanwhile, the main concourse around the stadium, designed with LOLA landscape, offers a unique public space with views both into the stadium and over the river and rotterdam’s skyline. 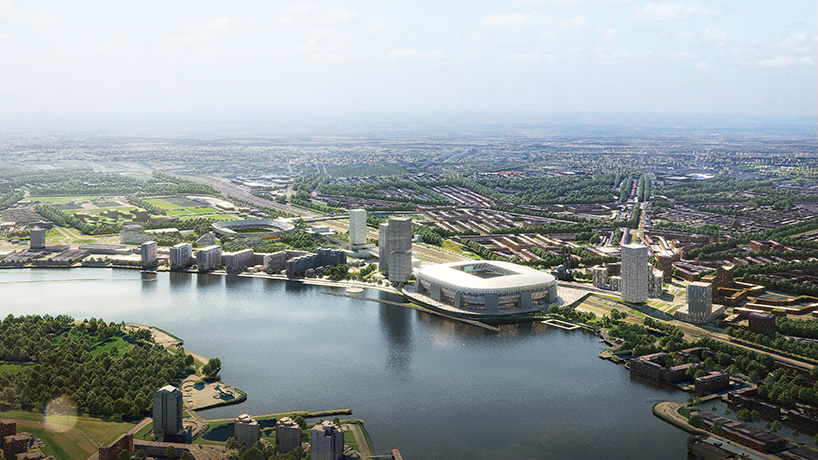 OMA’s design represents the DNA of feyenoord’s current stadium ‘de kuip’, which was an important venue for UEFA euro 2000 and hosted the 1982 european cup final won by aston villa. formed by continuous curved tiers in close proximity to the pitch, the stadium’s bowl shape offers optimal pitch views. the new stadium will form part of ‘feyenoord city’, a larger urban masterplan for rotterdam south that has been developed by OMA in collaboration with the football club, stadium feijenoord, the feyenoord city project team, and the municipality of rotterdam over the past two and a half years. 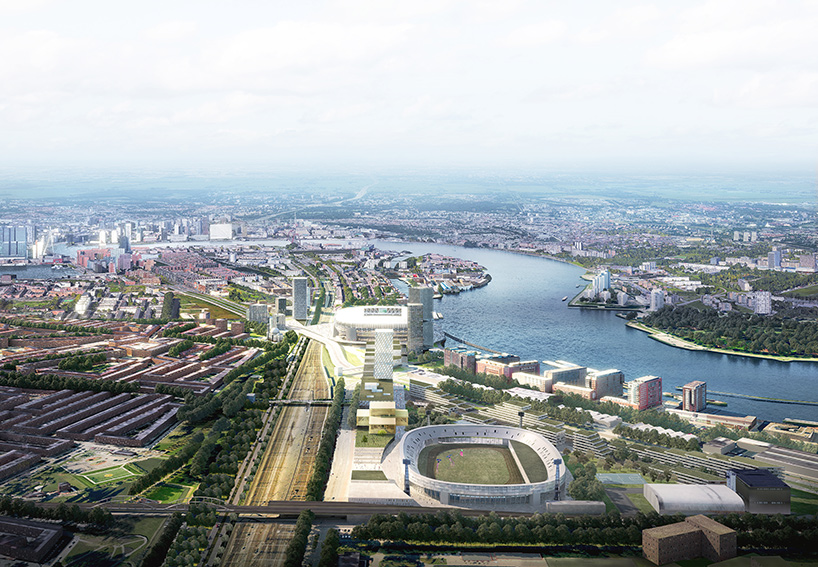 ‘we are very excited to receive approval for schematic design,’ says david gianotten, managing partner–architect of OMA. ‘the new feyenoord stadium will be as iconic and intense for the supporters and players of feyenoord, and for the dutch national team, as the historic stadium de kuip has been — but now fulfilling all top level UEFA regulations, and setting a new benchmark in contemporary stadium design. we look forward to finalizing the design and seeing the completed stadium in our hometown of rotterdam.’ 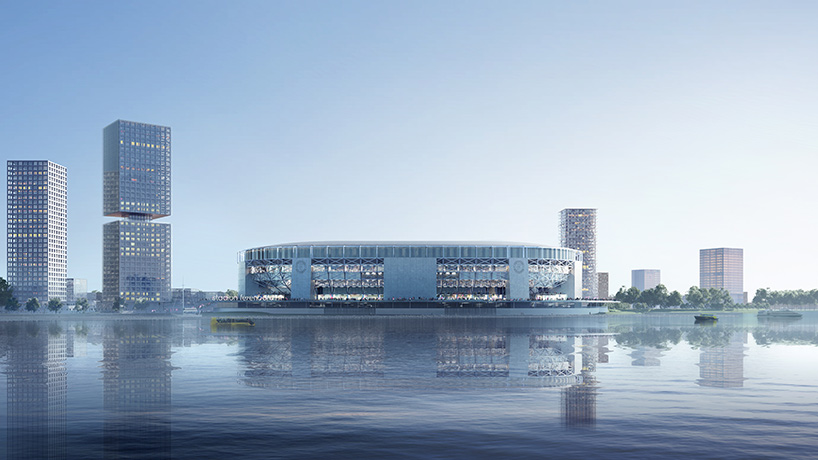 OMA says that the final schematic design can be realized within the budget for the stadium, taking into account the recent increase in construction costs in the netherlands, and fully accommodating the needs of feyenoord’s optimized business case. following the official approval of the schematic design by feyenoord, OMA will proceed with the detailed design of the stadium. the arena is expected to open in 2023. see designboom’s previous coverage of the project here. 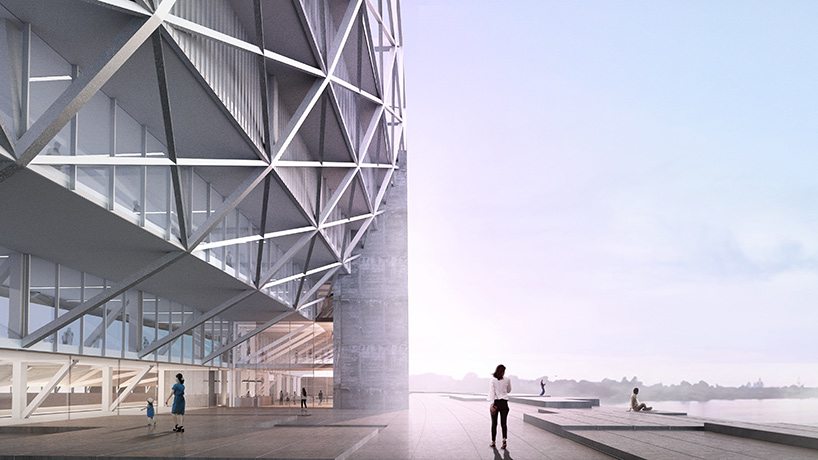 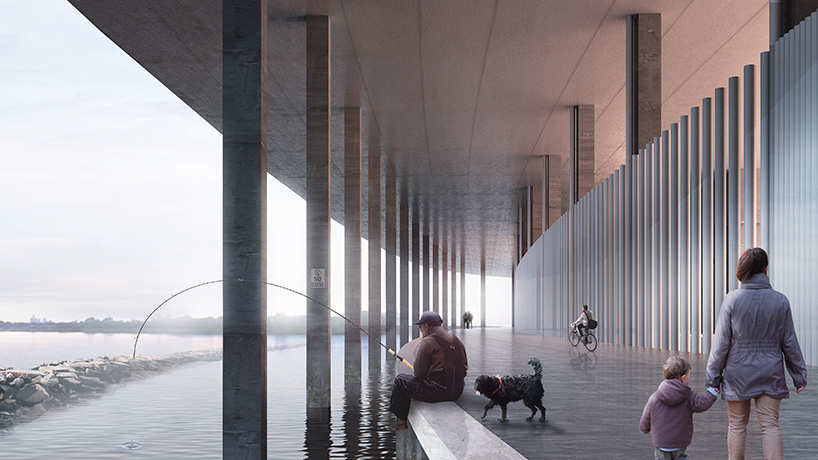 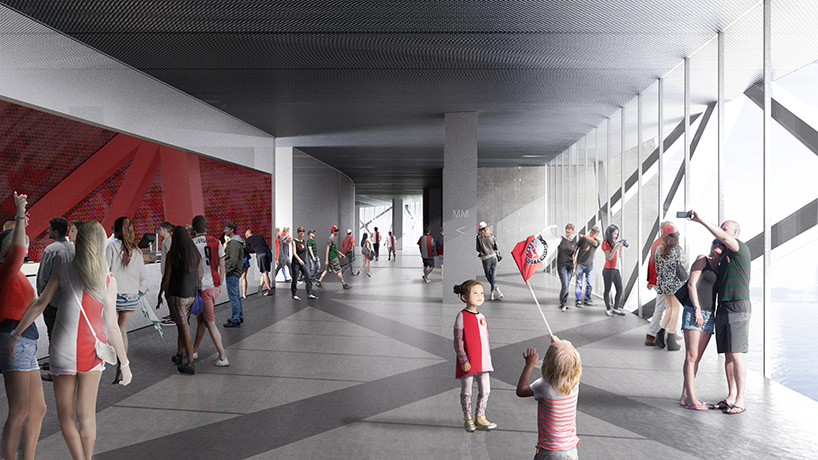 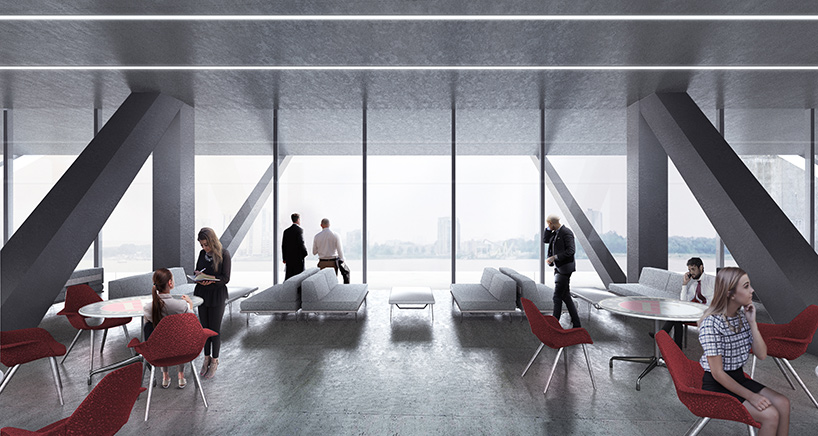 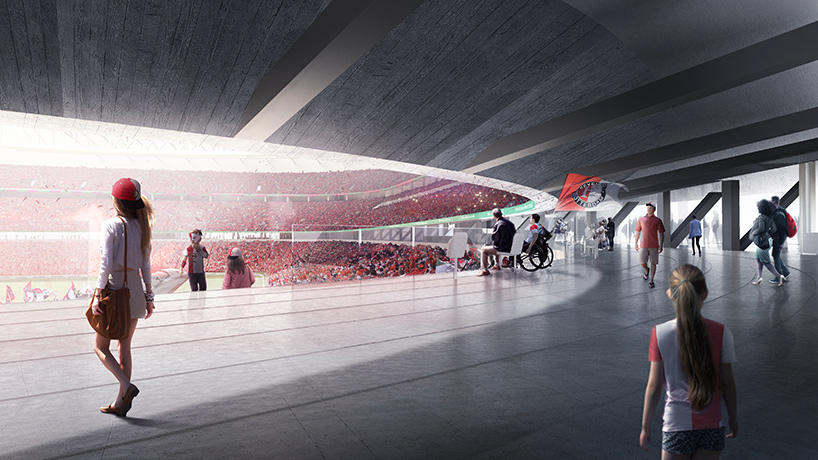 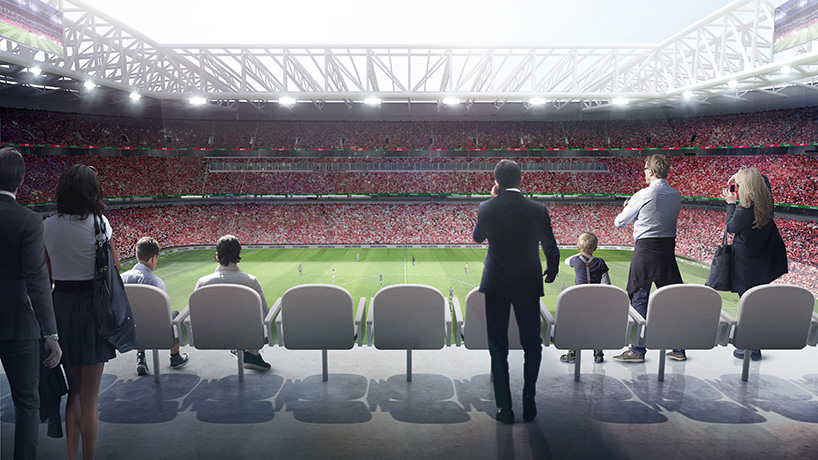 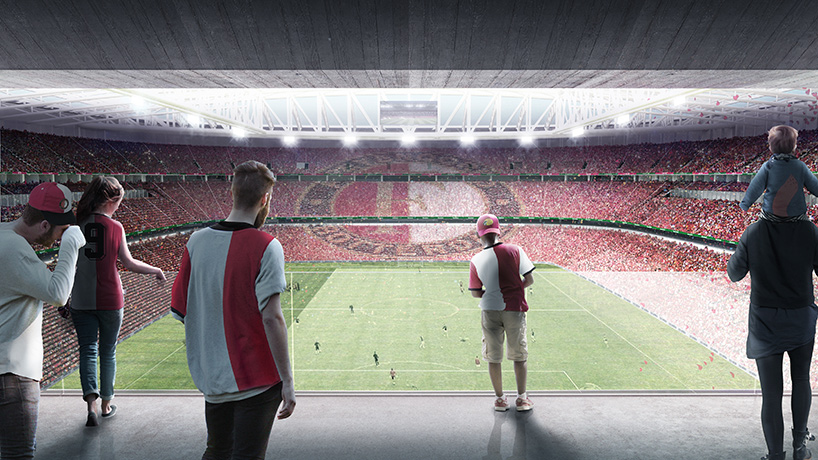 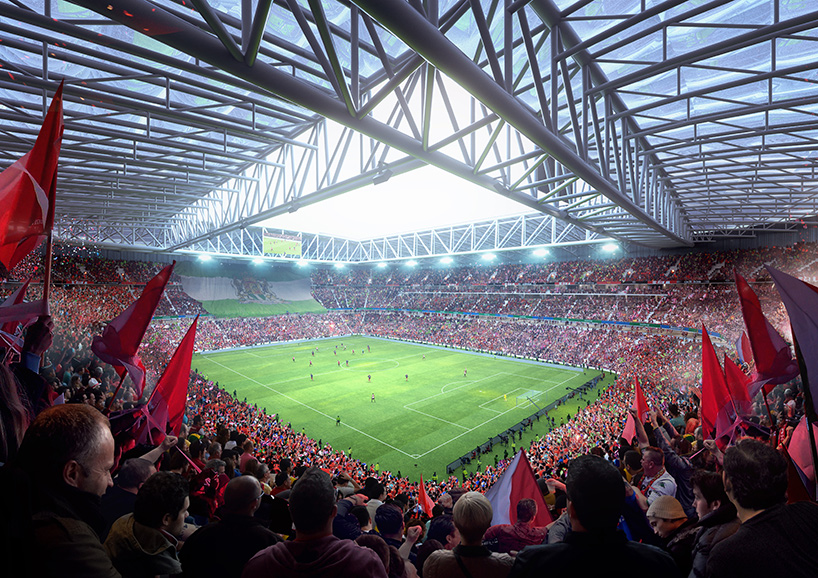 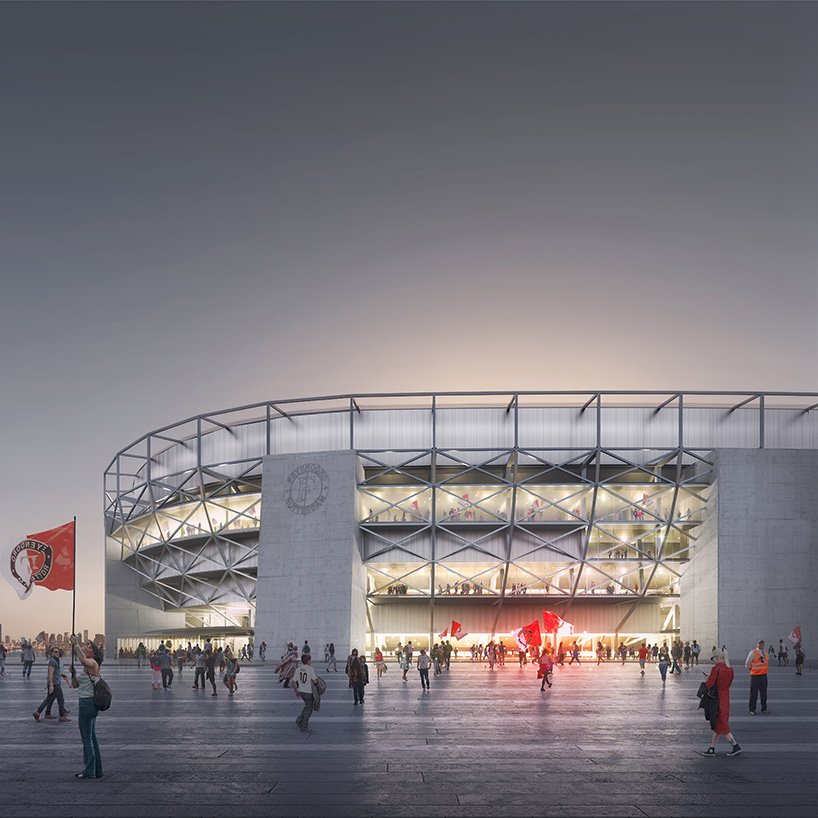