South American architecture firm 2DM has built a house in rural Chile, which is fully covered in timber inside and out, and passively designed to keep cool during summer. 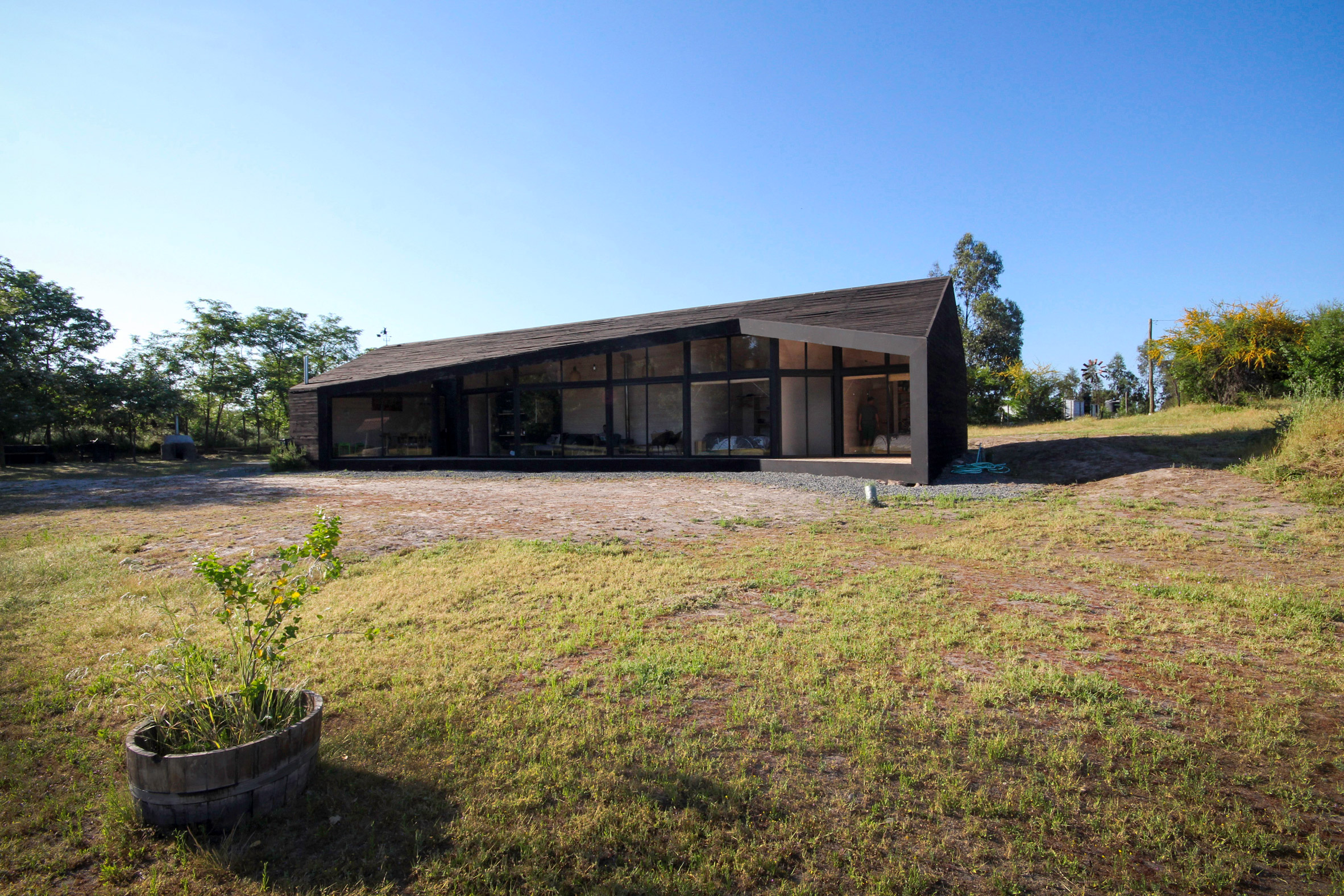 The single-storey Casa Galpon Rapel is located near Rapel Lake, a region which transforms from a sleepy getaway into a bustling tourist destination in warmer months. Chilean architects 2DM, short for dD Arquitectos and led by Daniel Díaz M, built the residence in response to the region’s extreme heat during the summer. 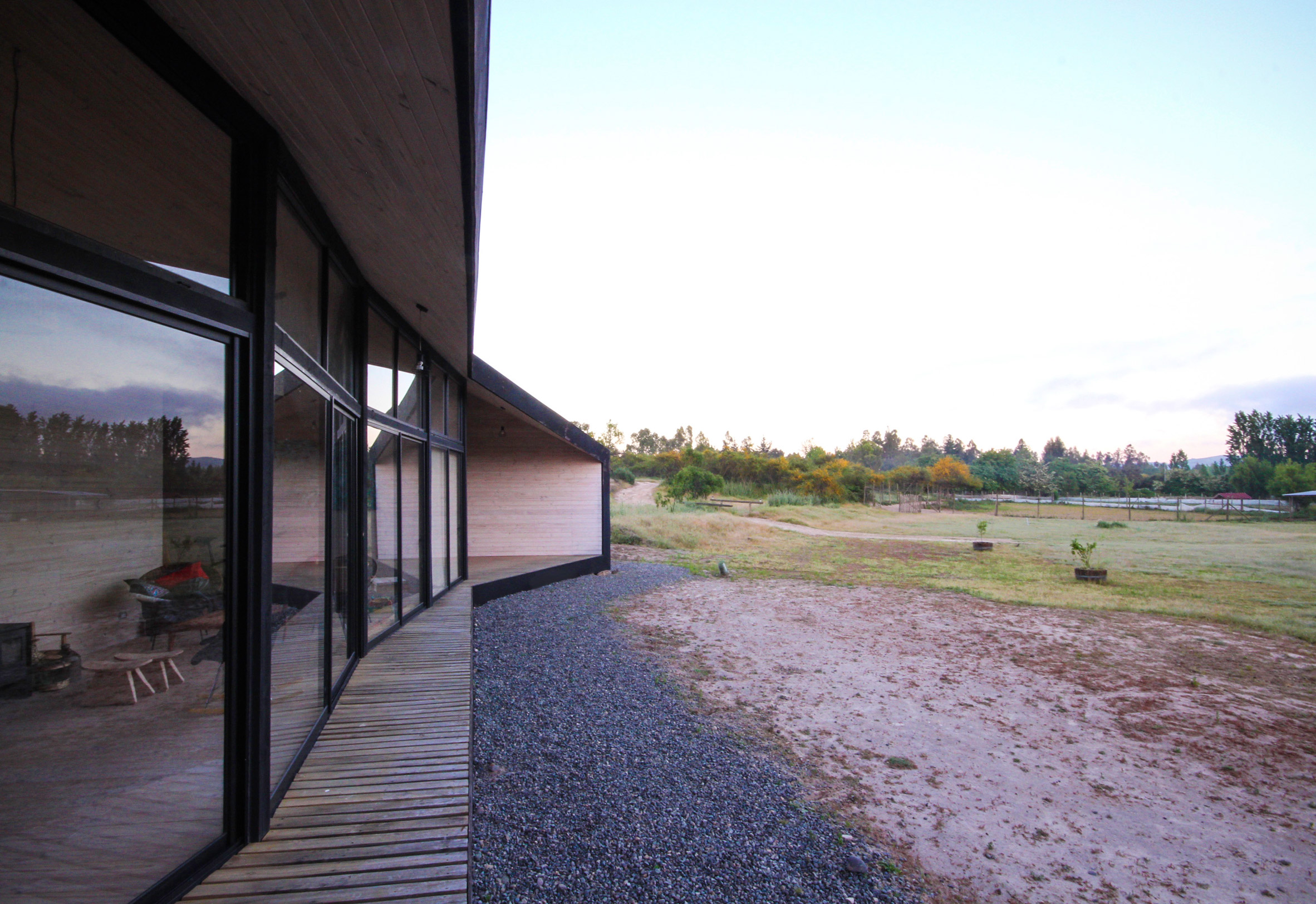 “The house responds with two basic strategies: it’s own shade and ventilation,” said the firm.

The building is clad in black beams that span all the way across the roof. A semi-covered deck spans across a long-section, joining an outdoor hallway that splits the residence in two.

Eaves at either end of the house help to create shadows and pockets of cool space, along with a cross-ventilation system that runs from wing to wing. 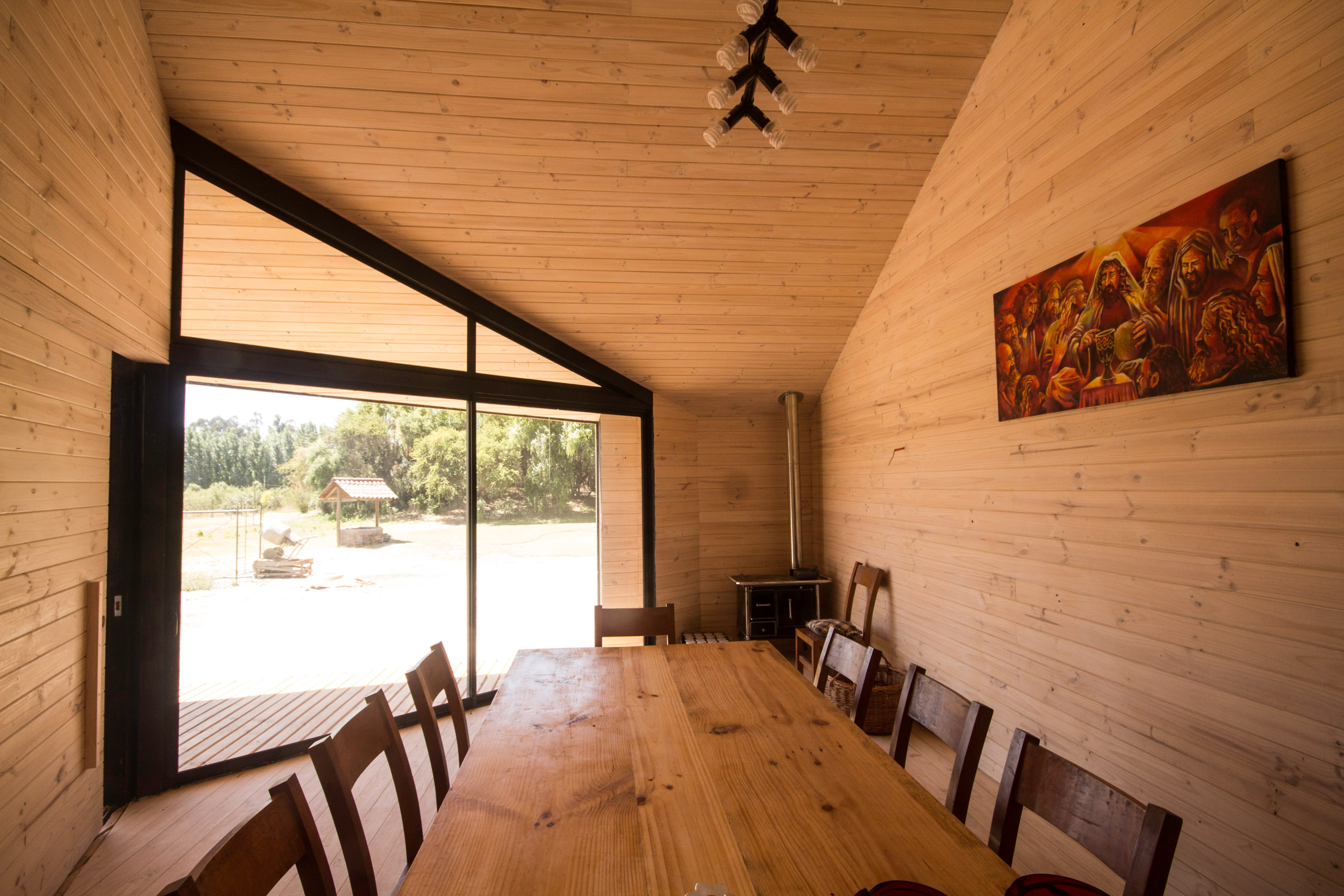 “It is a warehouse-type volume, which in turn achieves an appropriate height to move a mass of hot air away and renew it with cross ventilation,” the firm said.

Interiors receive minimal direct sunlight and so are able to remain cool without the use of air conditioning. 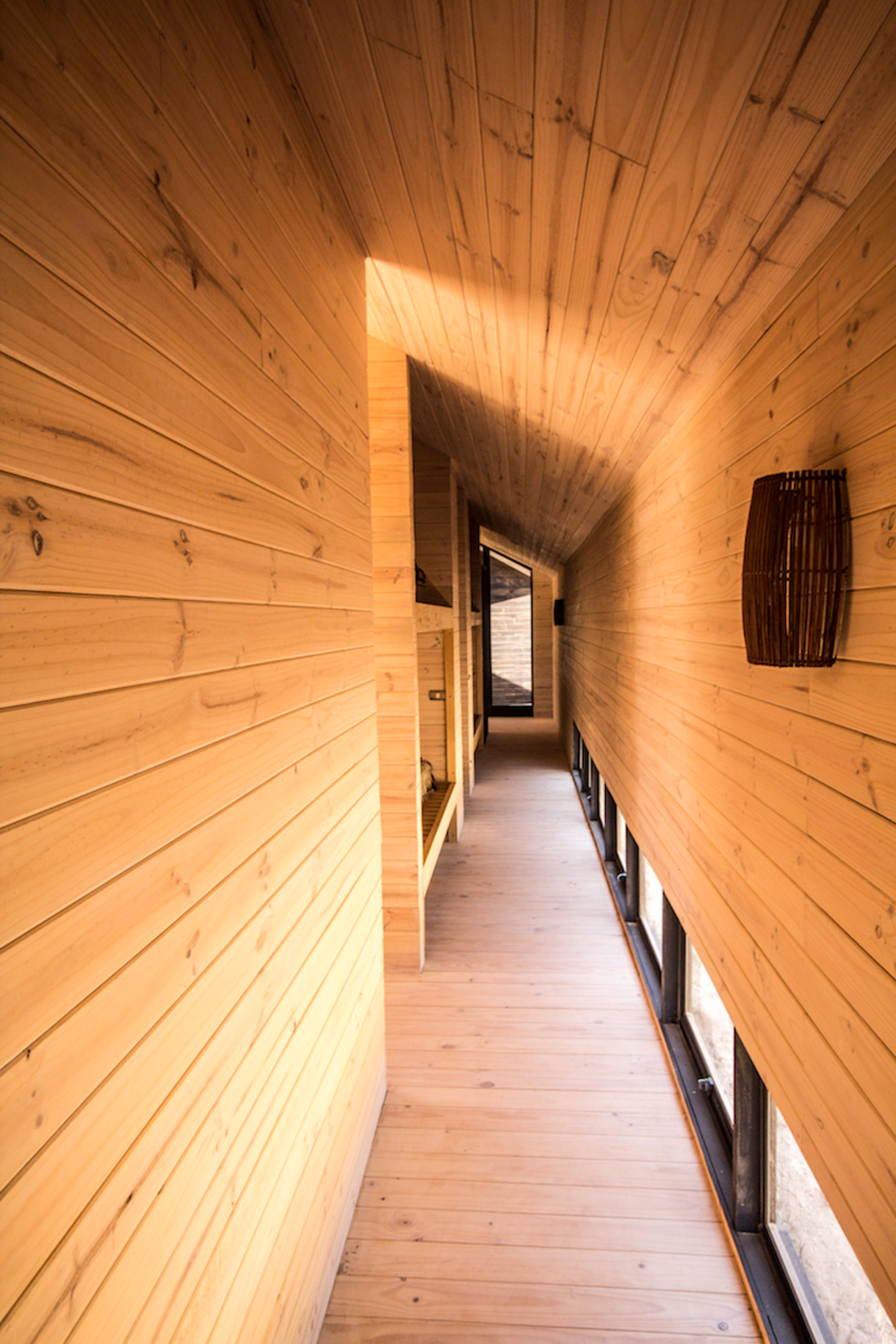 The outdoor hallway that cuts through the building divides a small portion from the rest of the residence. This fully-enclosed, angular space contains a kitchen and dining area, which are separate from the main living space. 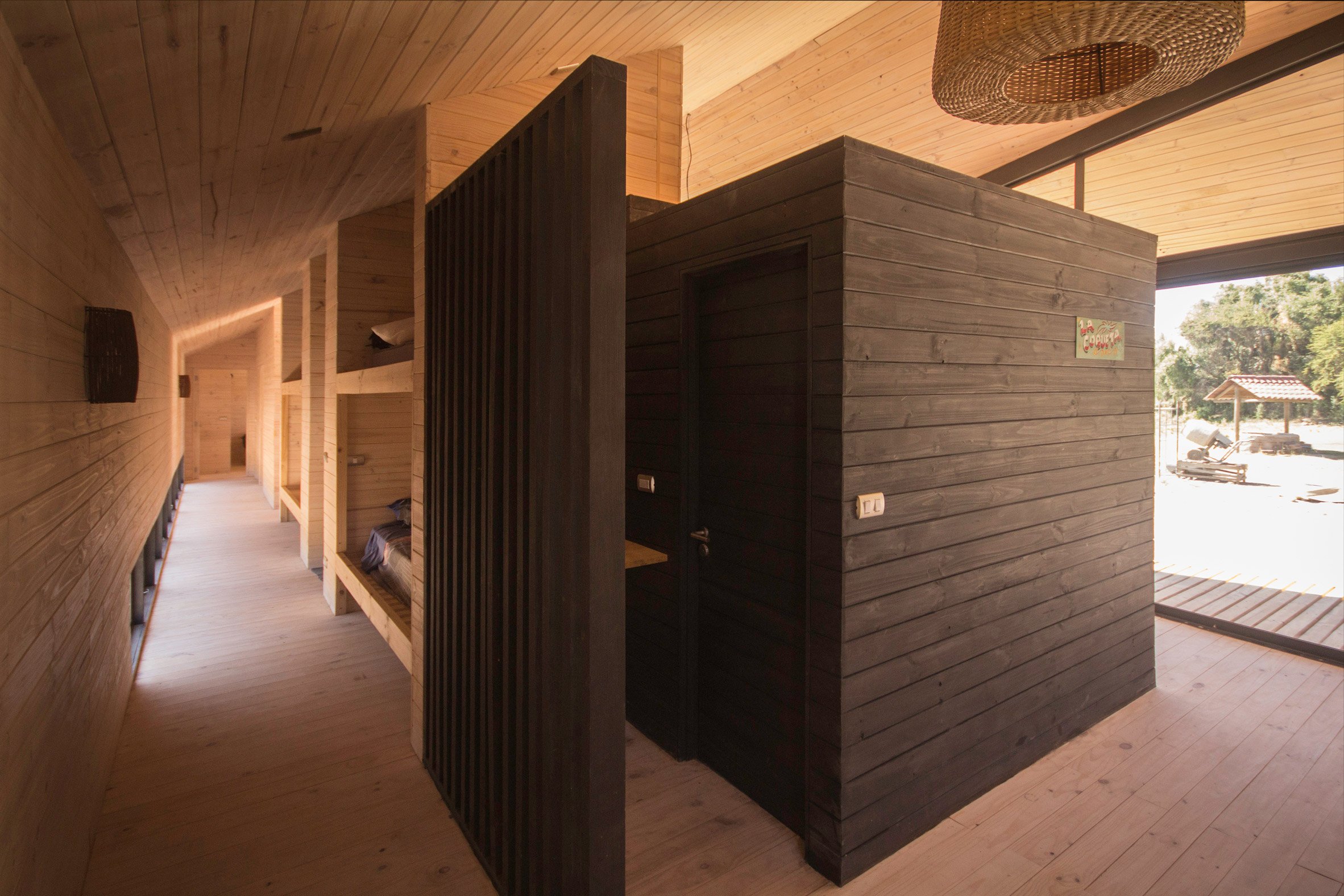 This layout is intended to separate the “social, active hub of the space” from other “retreat areas”.

Across the way, through glass doors, a large living room with floor-to-ceiling windows opens onto an outdoor deck. The glazed walls that are framed in black metal, to match the dark exterior. 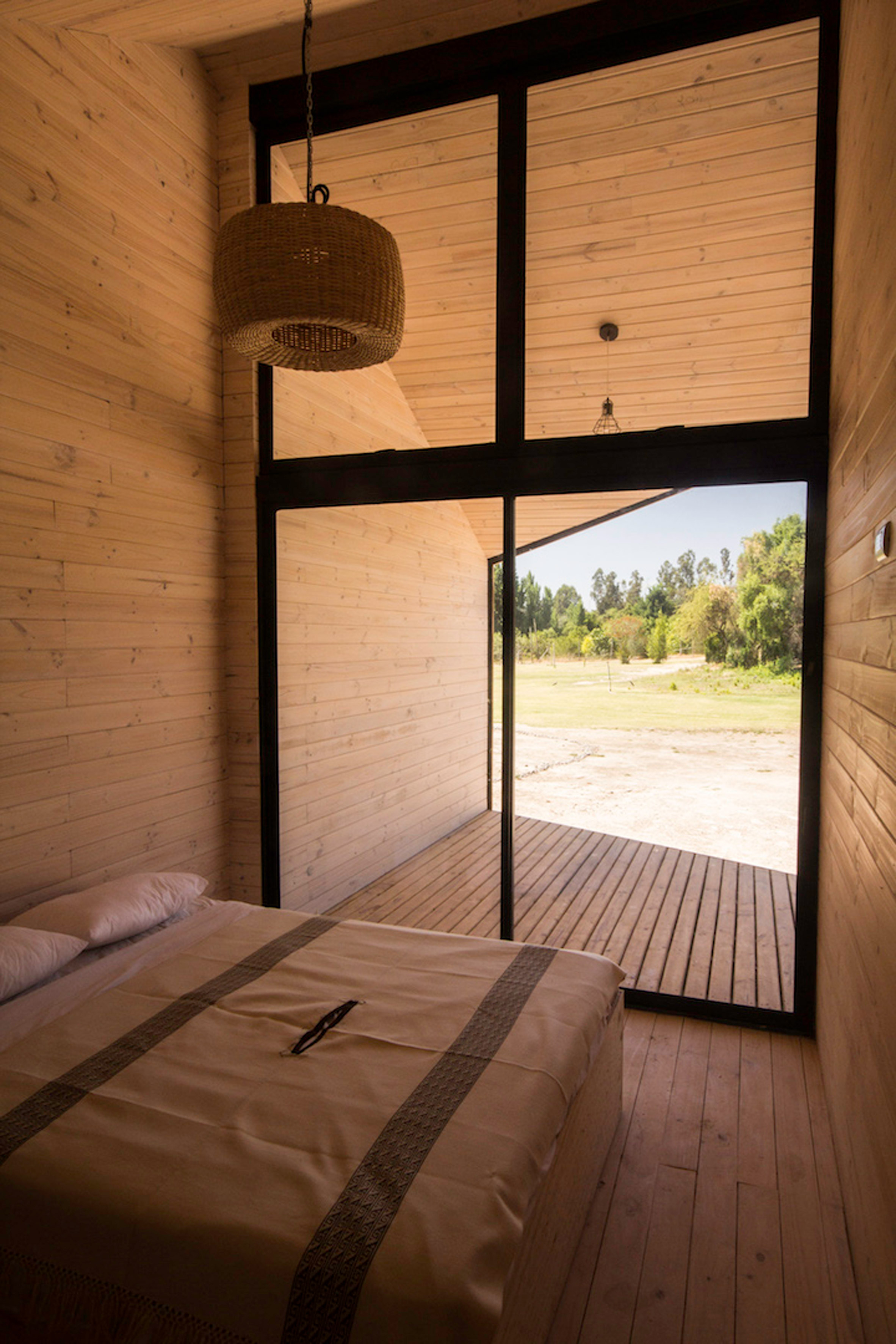 At the opposite end of the house are two large bedrooms, a bathroom, and two bunk beds that are built into another hallway running through the building. This corridor is lined with timber and has a set of small windows arranged at ground level, allowing this section of the house to be more private. 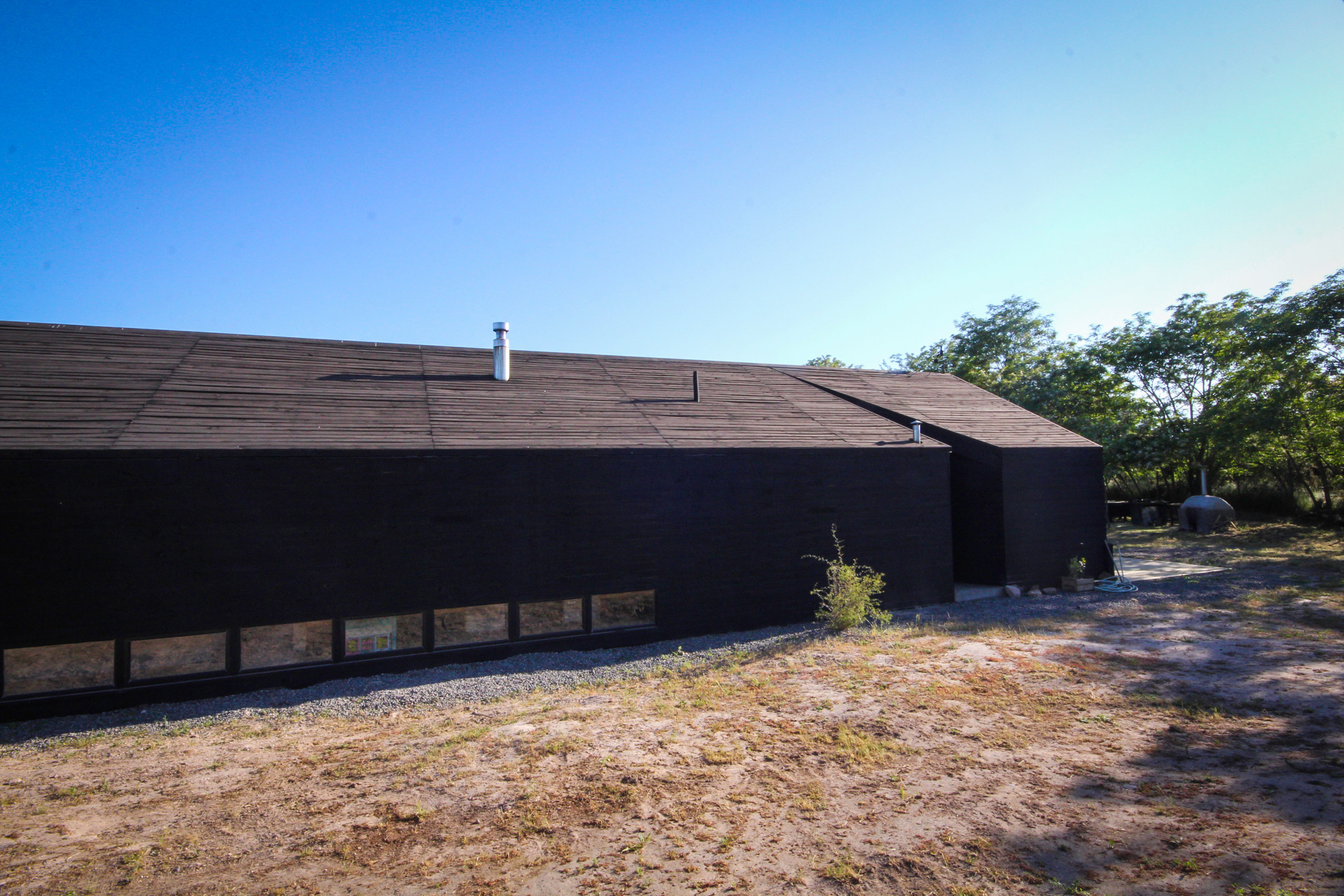 Light-coloured wood covers the floors, ceilings and walls in every room, with boards laid horizontally to mimic the external linear cladding. A pod inside the living room houses a second bathroom, which is lined in black timber to match the materials outside. 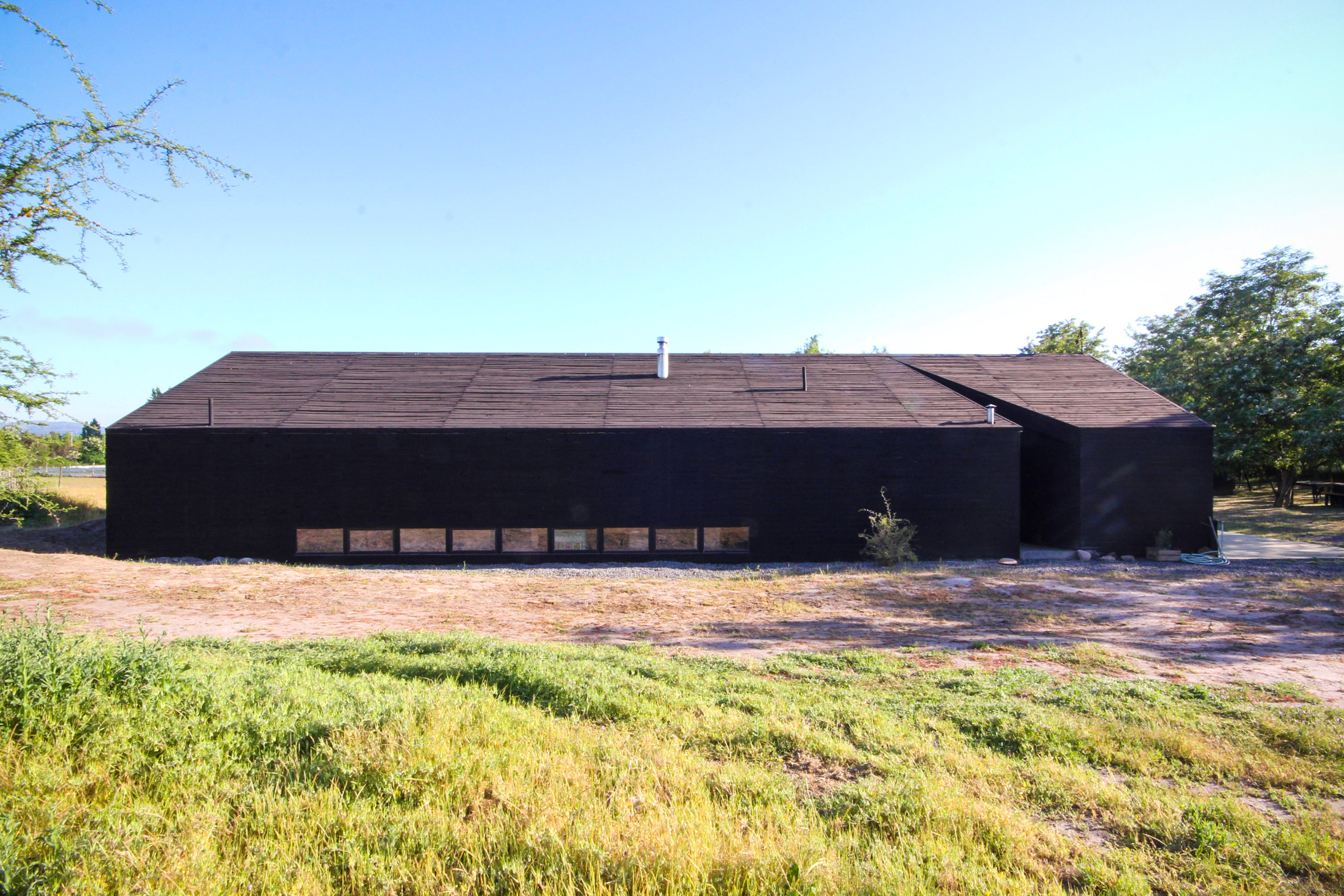 Also in Chile, 2DM has completed a house nestled along the coast with yellowed timber window casings, while other residential projects include a holiday home for surfers by Studio Selva and an angular cabin in the mountains by Gonzalo Iturriaga.

Photography is by Gentileza at 2DM. 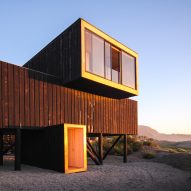