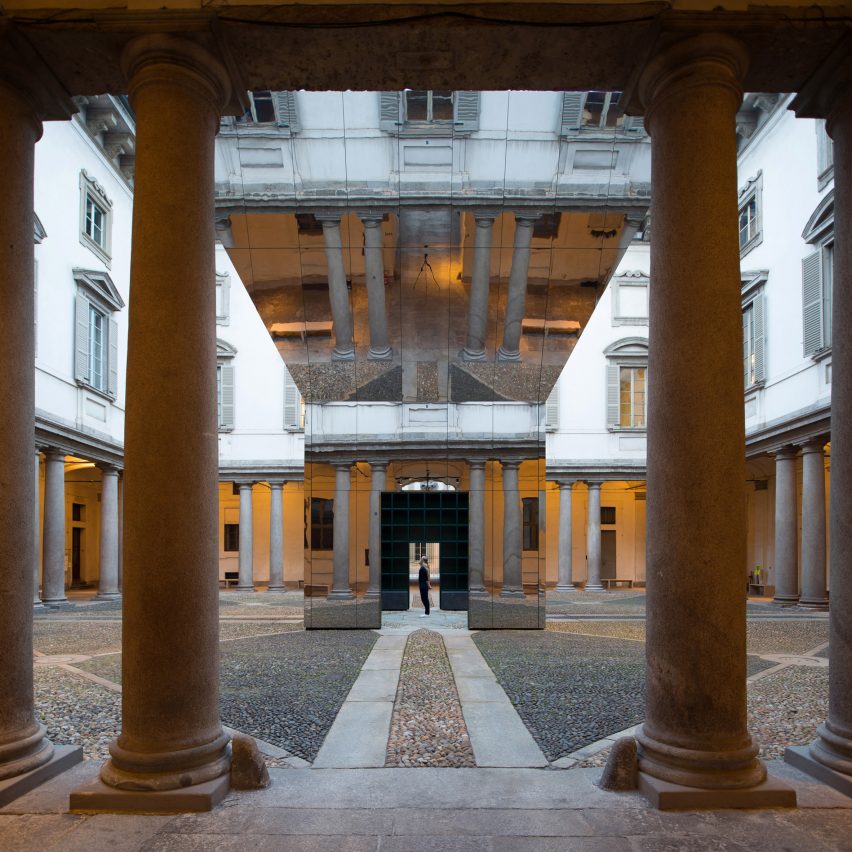 Described by studio founders Mauricio Pezo and Sofia von Ellrichshausen as a “magic open box”, Echo Pavilion offers two types of reflection – some are the right way up, while the others are upside down. 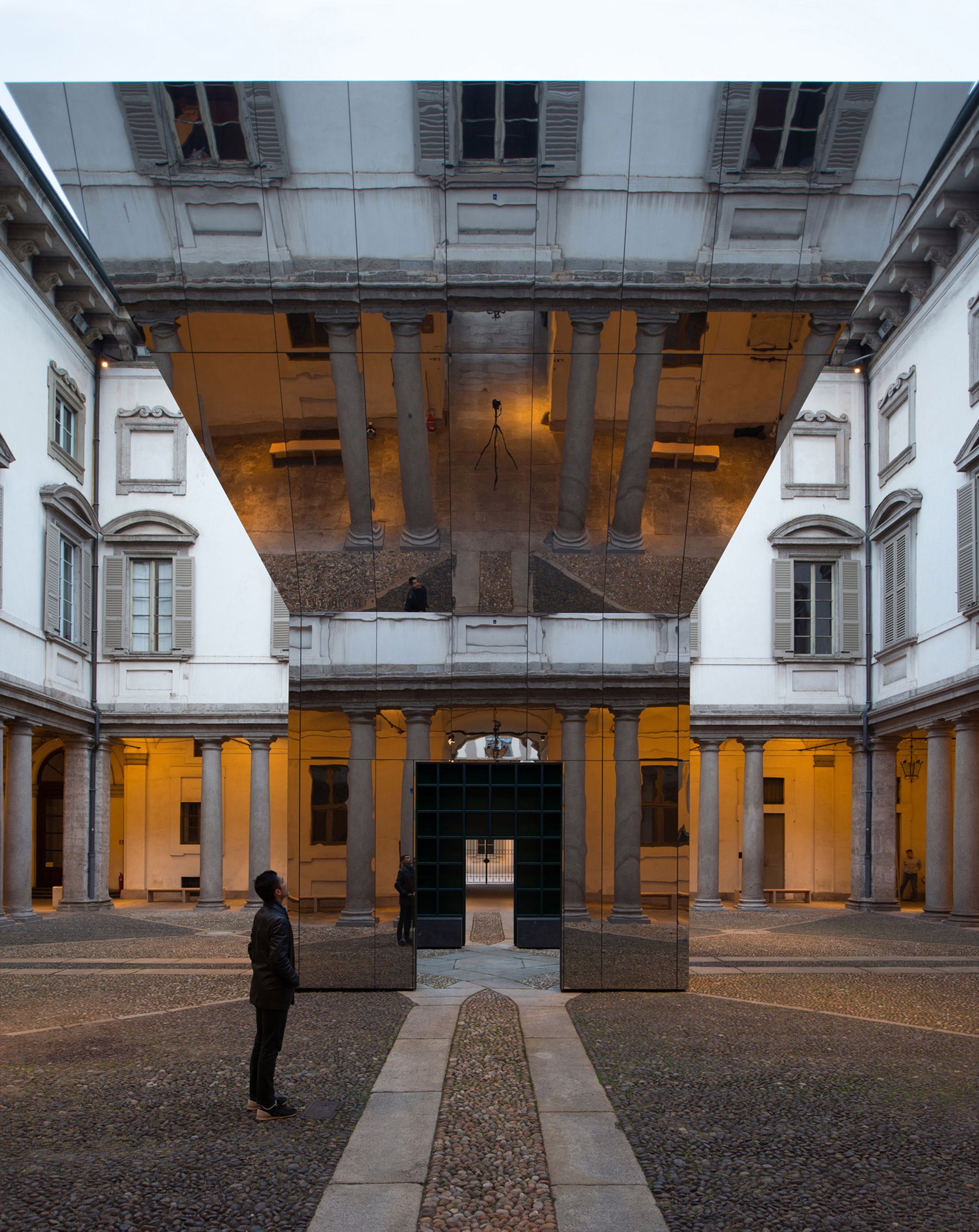 The pavilion is located at the very centre of the palazzo’s courtyard. It lines up exactly with the building’s windows, columns and other details, but also with the paving patterns on the ground below.

The base of the structure is a cube, while the upper section is an inverted pyramid that slopes outwards at a ratio of 1:2, in line with the proportions of the courtyard and the palazzo walls. 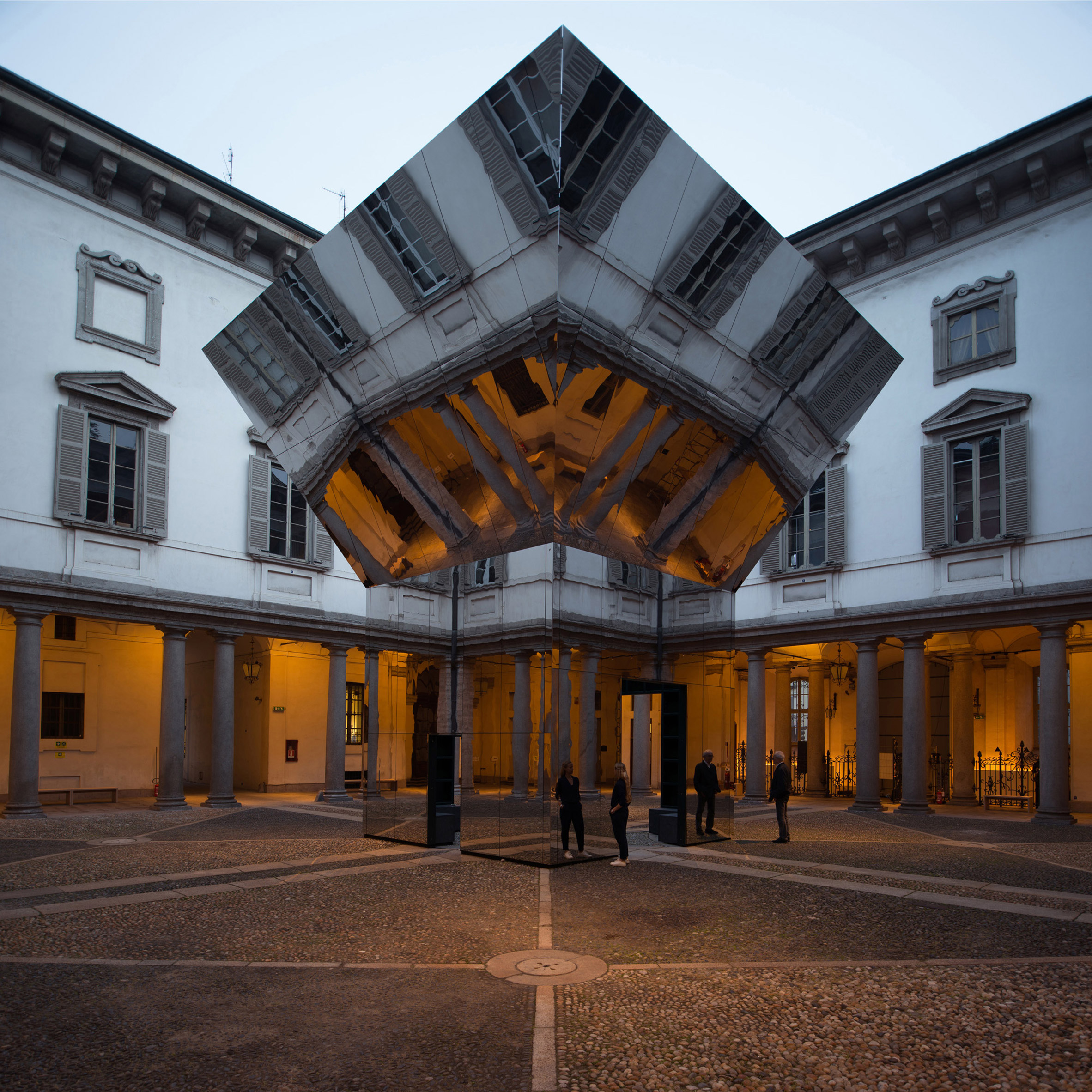 “We decided that the most important aspect of of the whole place was the place in itself,” explained Pezo.

“Everything is based on the existing structure – the proportions, the size and the angle of the opening – everything relates to the existing building,” he told Dezeen.

“We wanted to make something that would be imposing but, at the same time, very humble and very invisible.” 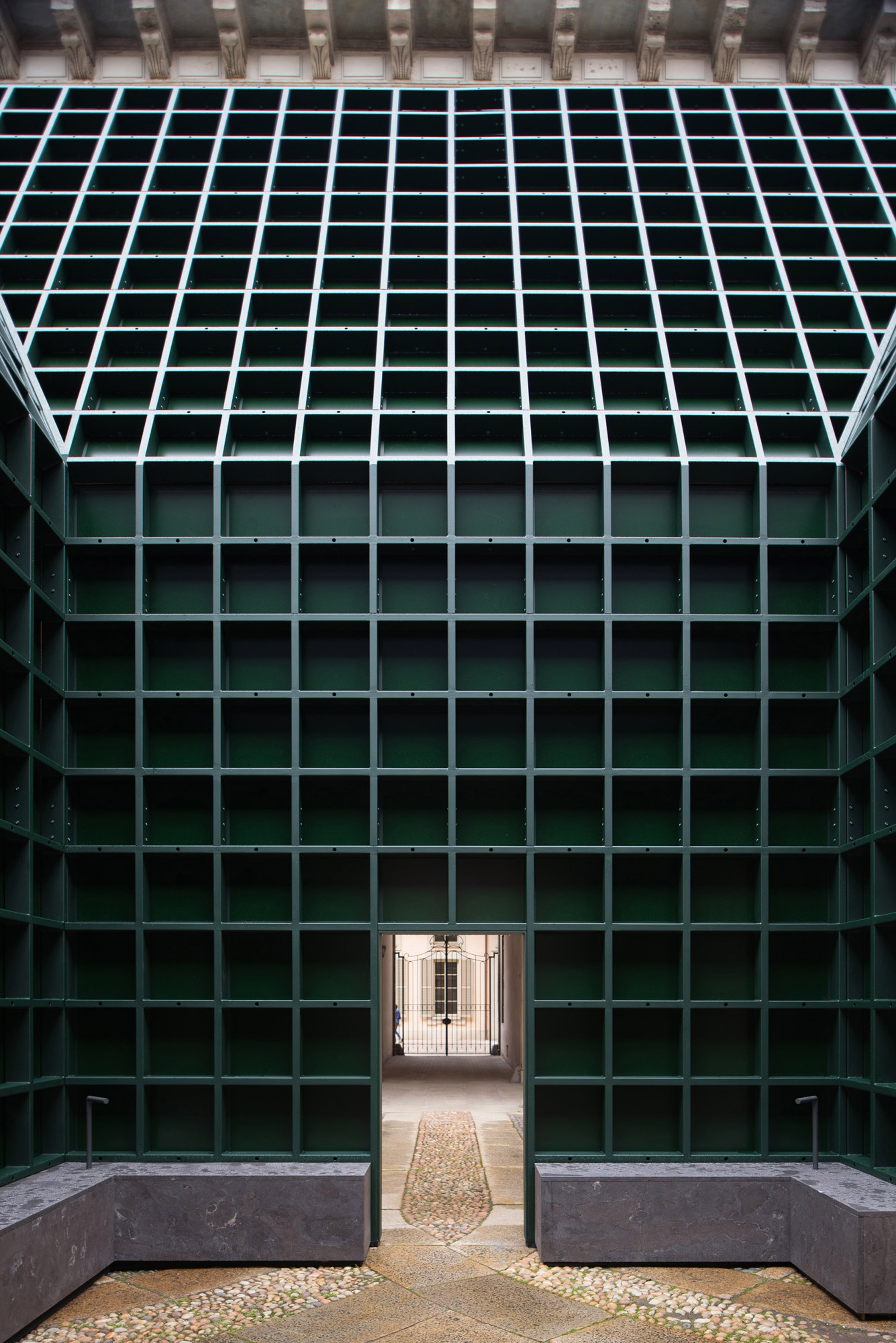 The pavilion is clad in polished stainless steel, which provides the reflections. But inside, the mirrored surface completely disappears and the structural framework is revealed.

The inside shows you the tremendous effort and structure that’s needed,” said Von Ellrichshausen.

“When you enter, not only do all reflections disappear, but the pavilion itself blocks the building.” 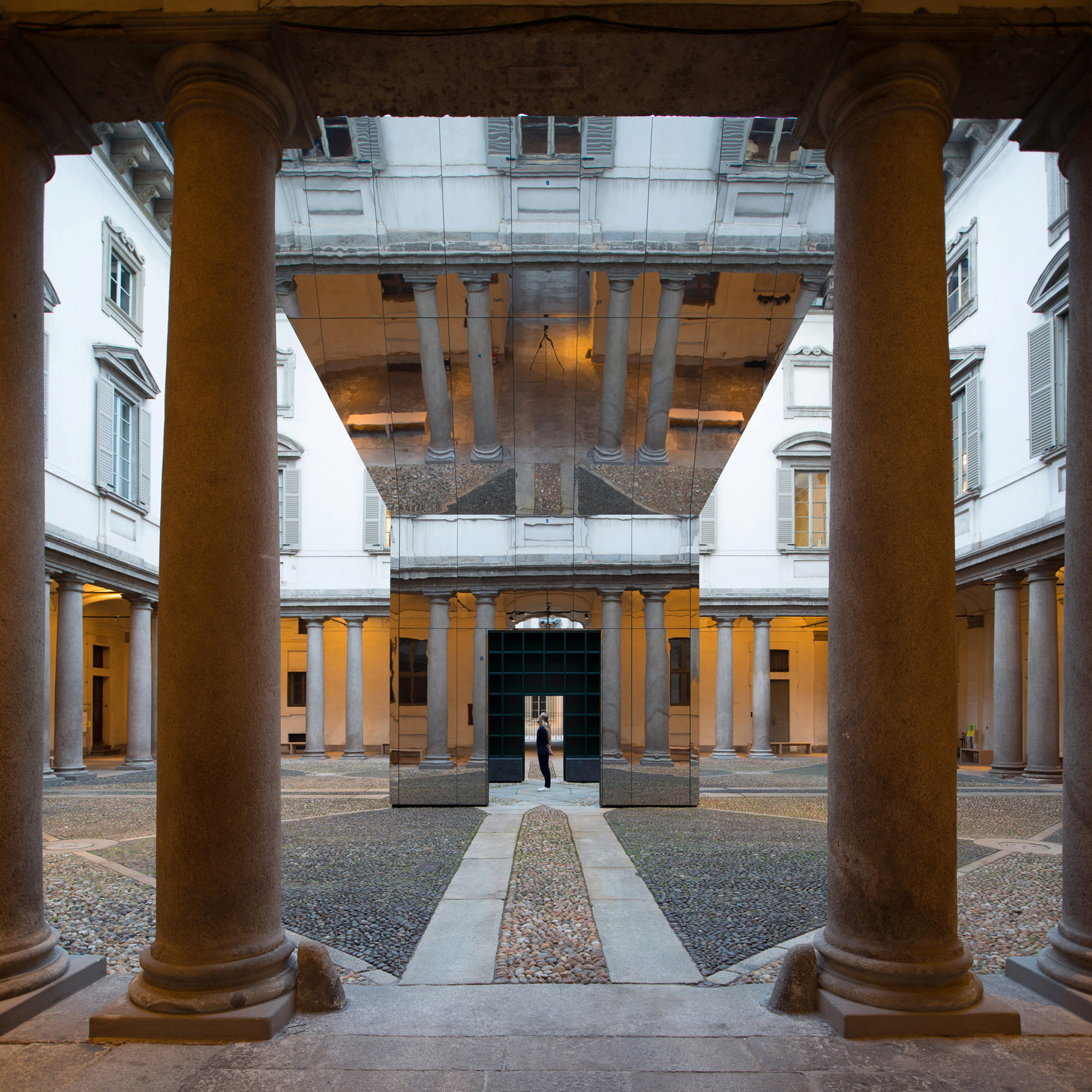 It also is possible to view the structure from different angles, both in the courtyard and through the palazzo’s first-floor windows, offering a variety of unusual reflections. For instance, from some angles it appears as if the palazzo’s columns support the pavilion’s roof.

“We were very interested in adding that dimension that is totally subjective, that each one of us will have a different experience of these spaces,” added Von Ellrichshausen. 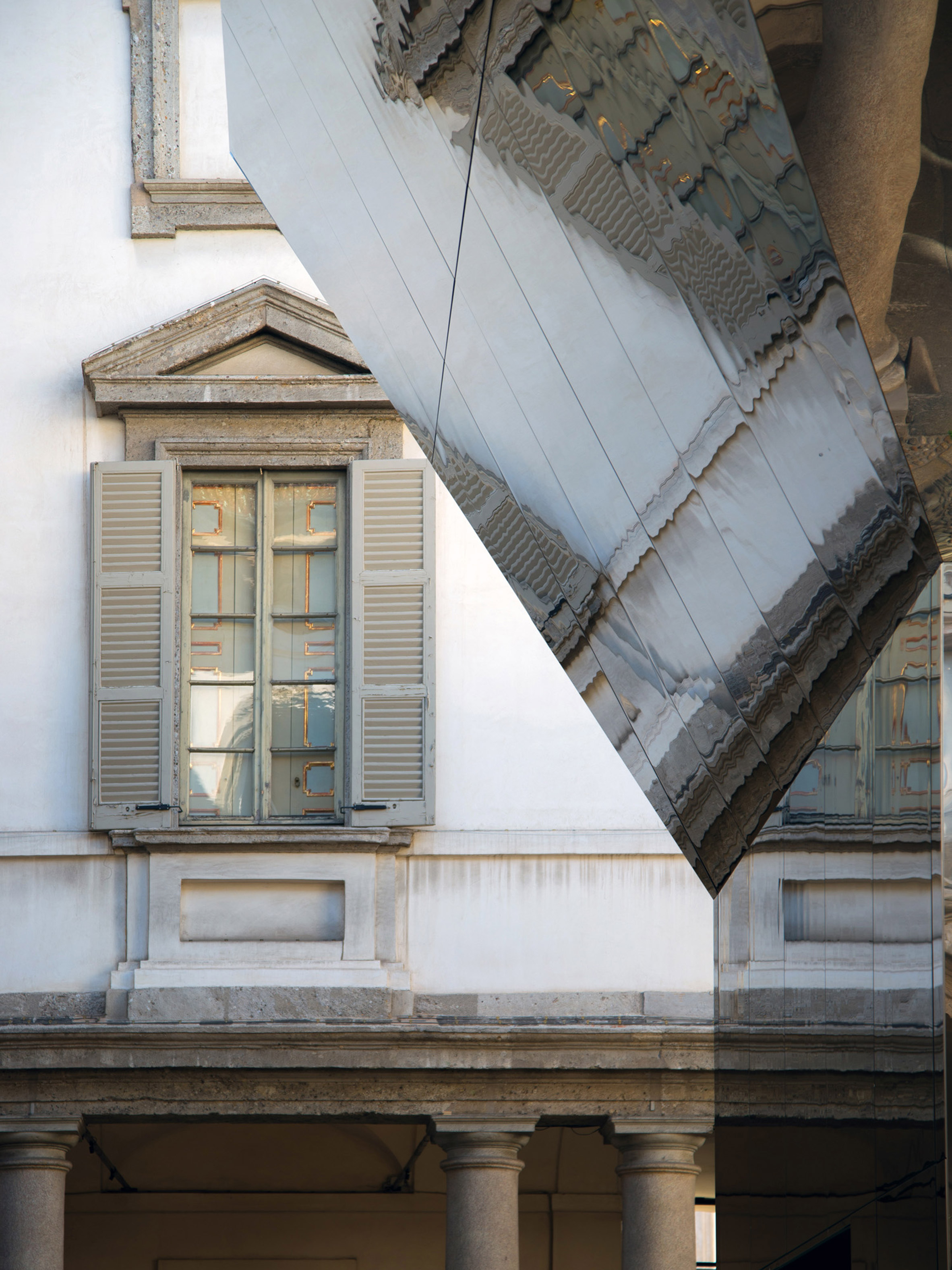 Pezo and Von Ellrichshausen often explore mathematic geometries in their work. Previous projects include a pavilion made out of 10 intersecting circles and a house with a strict gridded floor plan.

They view all their projects as a balance between an autonomous object and something highly contextual.

“We’re doing here what we have done in every project we do, a kind of a balance between object and context,” said Pezo.

“It’s more like a contemplation device, to see yourself but also to see others and to encounter the presence of nature in a broader sense.” 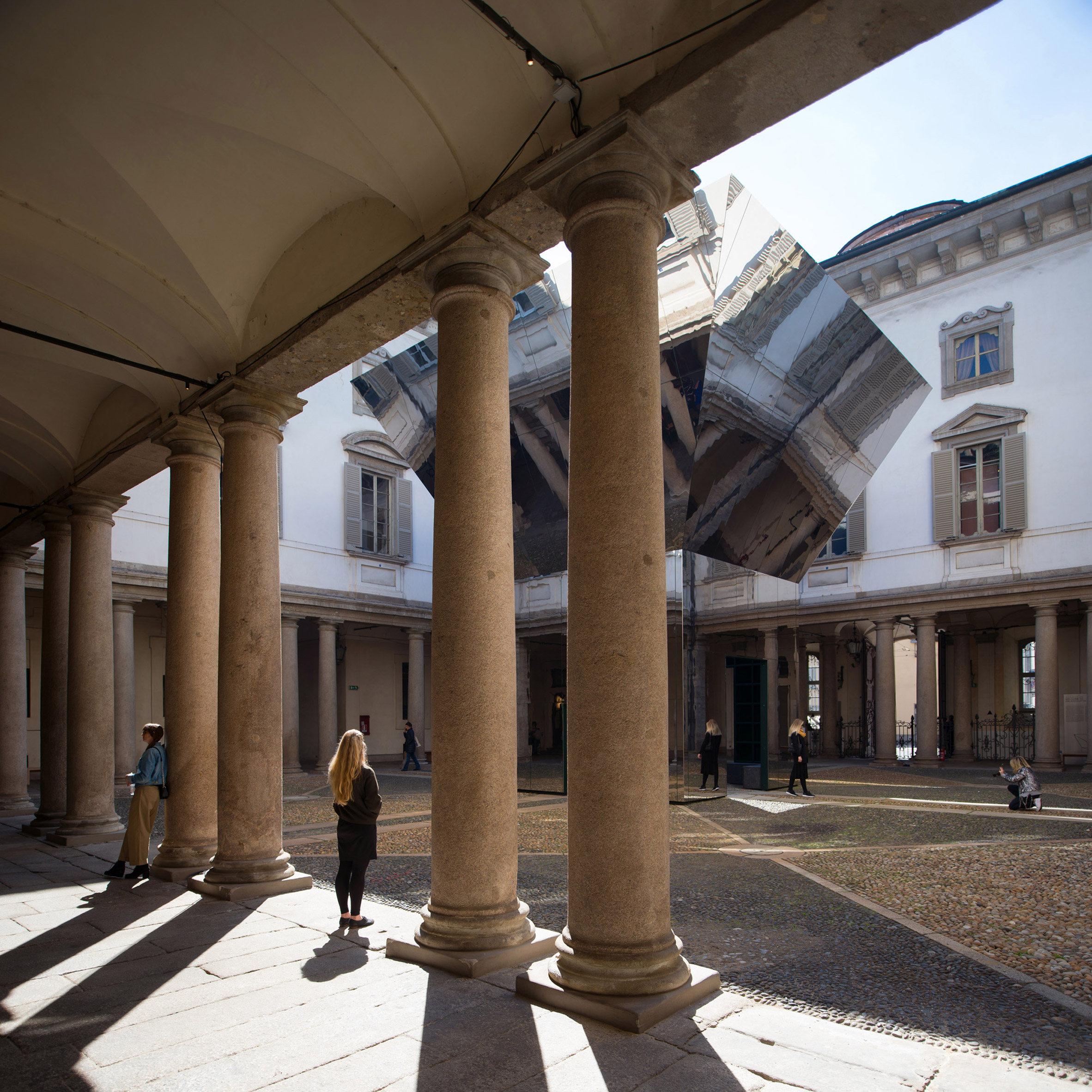 Echo Pavilion is on show at Palazzo Litta for the duration of Milan design week, which continues until 14 April.

After that, the structure will be exhibited at a new venue, before finding a permanent home as part of the private collection of Sergio Gandini, founder of Italian lighting brand Flos.

As a result, Pezo and Von Ellrichshausen have designed the pavilion to last a long time, unlike other Milan design week installations. The four concrete benches inside take the place of foundations, helping to keep the structure well grounded. 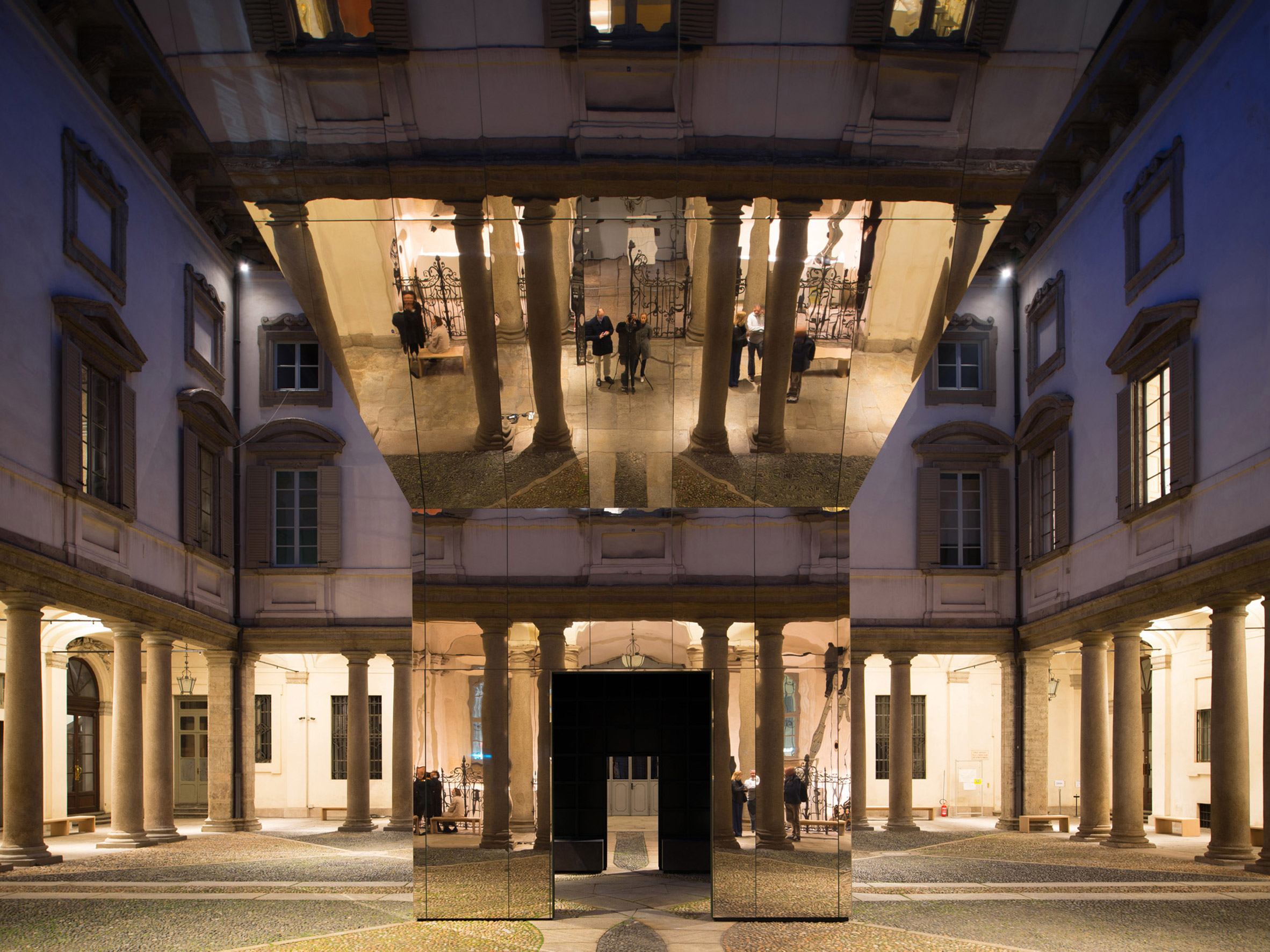 “It’s meant to last a long time and it’s assembled in such a way that it can be very easily disassembled and put back together. We’re excited about that. I think it’s important,” concluded Von Ellrichshausen.

Photography is by the architects.