Montreal architecture firm Atelier General has created a two-storey black residence on a hillside in Quebec, with a main living room supported by slender columns to form a car port underneath.

Titled The Rock, the structure measures 2,300 square feet (701 square metres), and is clad in black-painted timber. The house is built on a slope, with a forested hill above and a gravel driveway joining a flat grassy area below. 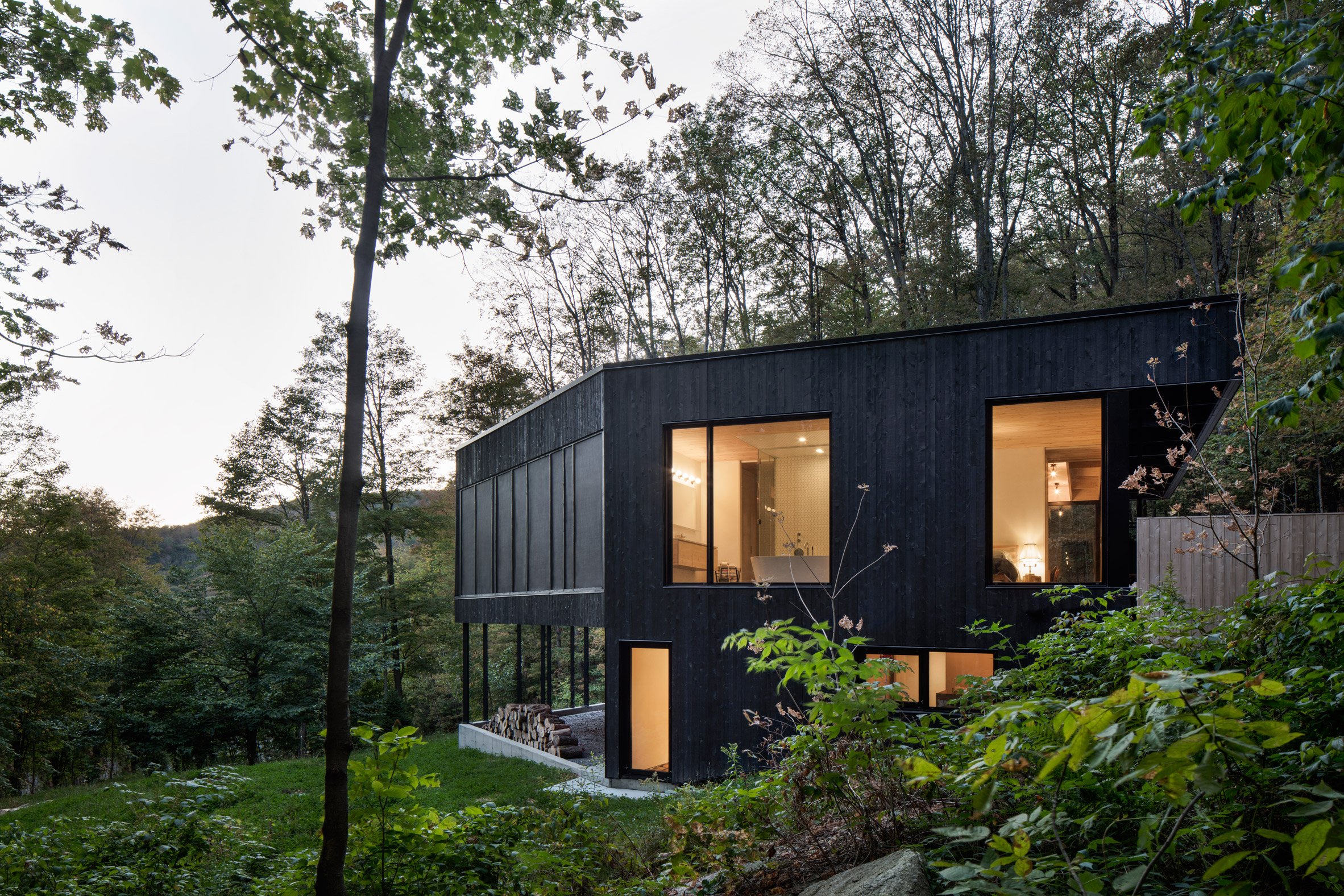 Projecting from the hillside, the building is topped with a flat roof to keep a low profile.

“The initial idea for this project was to merge with the mountain, to nestle into the terrain until it becomes one with the residence,” said Atelier General. “The house as a whole is a refuge both anchored and aerial.” 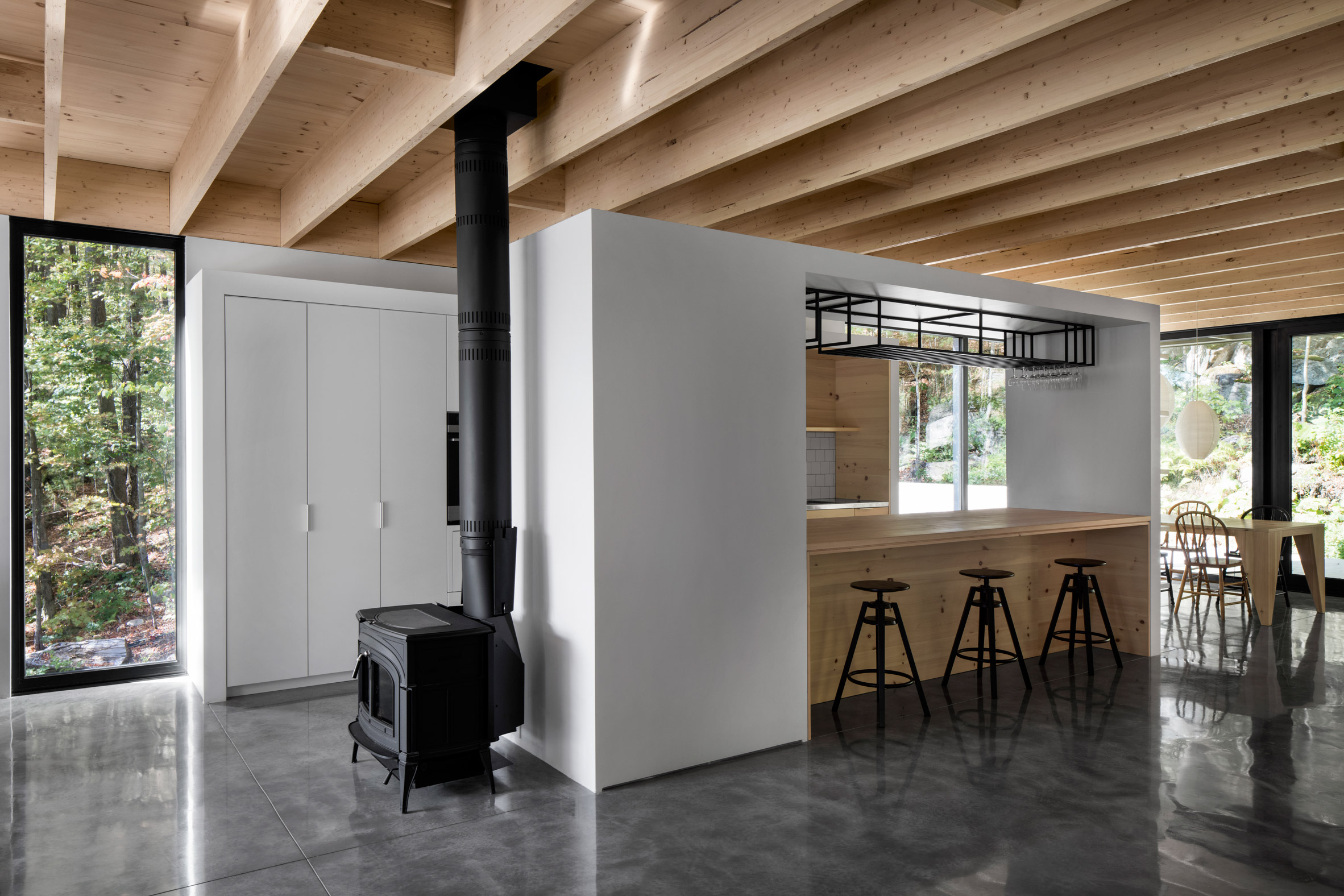 The residence is accessed from the lower level, where the drive continues in a space covered by the upper floor. This portion of the building is supported by thin pilotis, or columns, along the far edge. 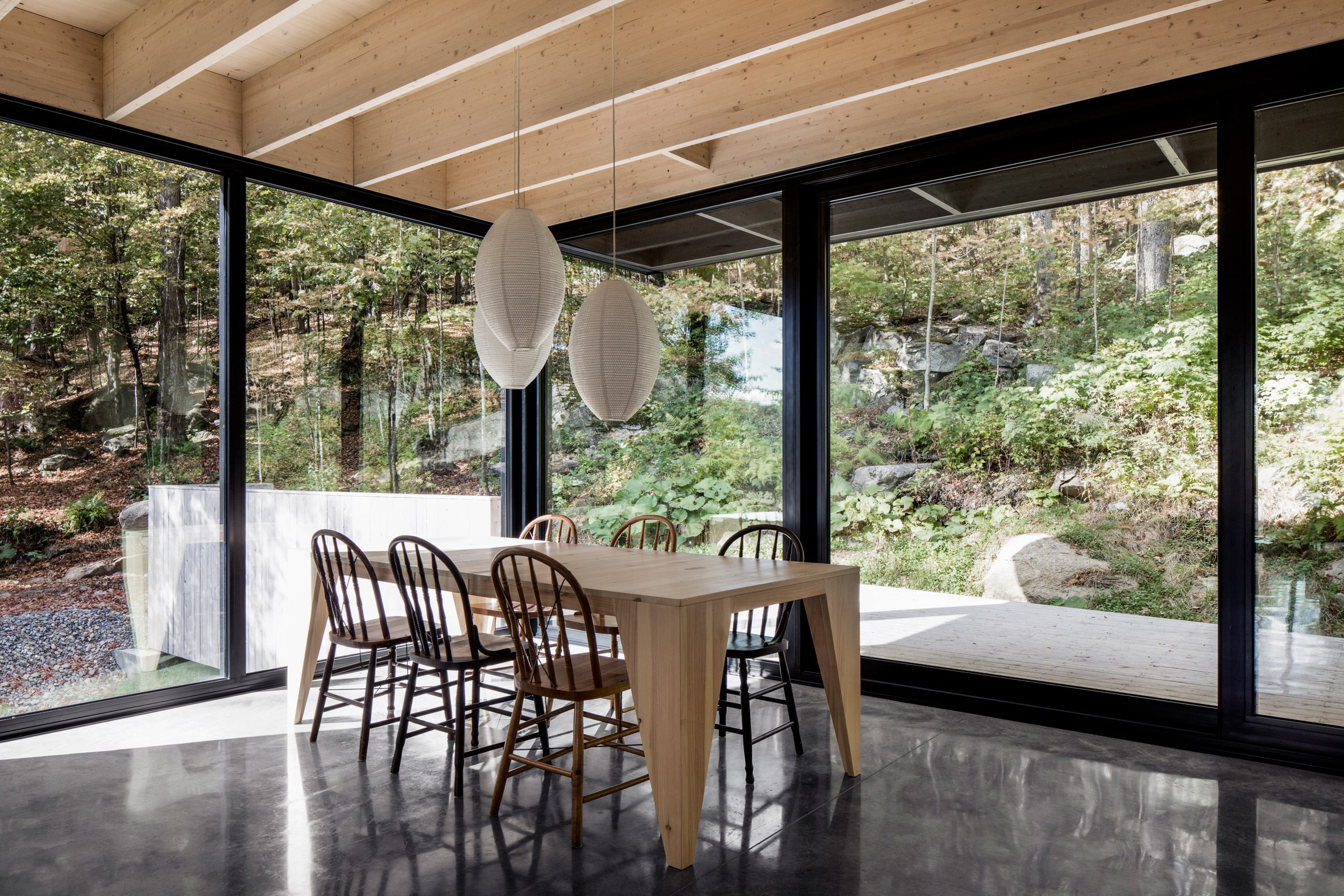 Under the canopy, the front door provides access to two guest bedrooms and a bathroom, a utility space, and a wooden staircase leading up to the main living area.

The majority of the upper storey is occupied by an open-plan area sitting and dining room, separated from a galley kitchen by a built-in island. Floor-to-ceiling windows wrap around a corner of the dining room, which joins a decked terrace built along the hillside.

Another outdoor deck is reached from the living room, and is triangular to fill the gap made by the structure’s L-shaped upper-floor plan.

A master bedroom with a large bathroom and storage rooms are also located on the top level. The master bath has a white tiled unit with a tub and glass shower. White walls, polished concrete floors and laminated wood ceilings decorate the whole interior.

The black house is located an hour outside of Montreal, in an area that borders the US state of Vermont and is a popular location for rustic homes. Others in the area include a black metal cabin with decking by Appareil Architecture and a contemporary farmhouse covered in reclaimed timber by LAMAS. 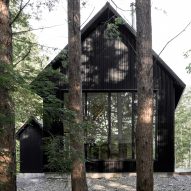