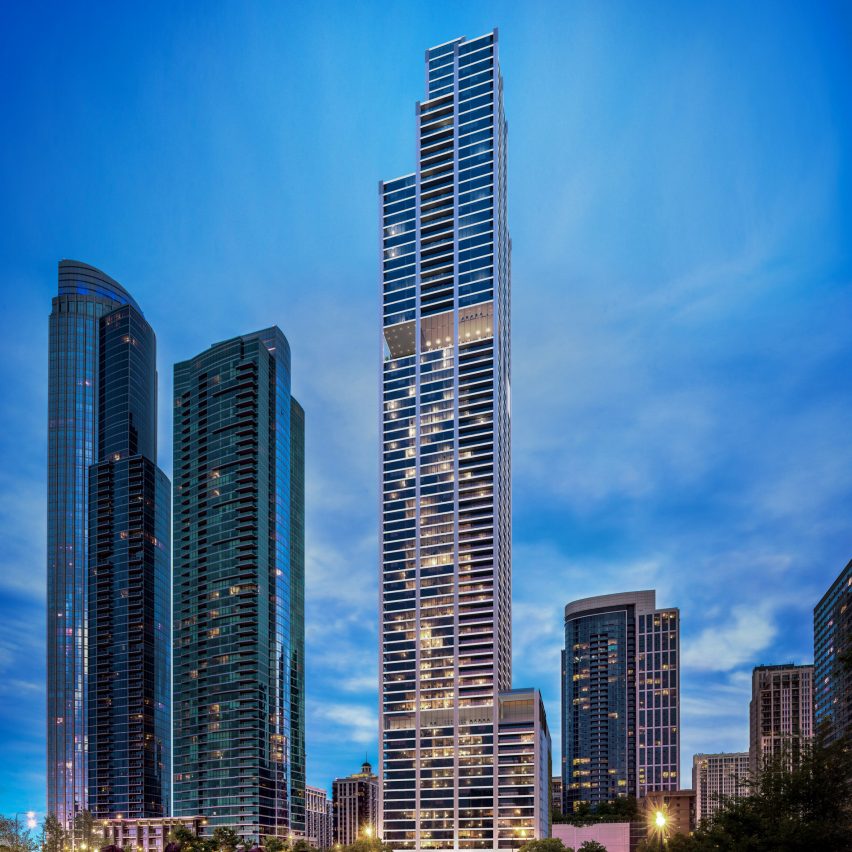 New York firm Rafael Viñoly Architects has revealed an updated version of a residential skyscraper for Chicago in new images and a short movie, in which the studio’s founder describes his ideas for the project. 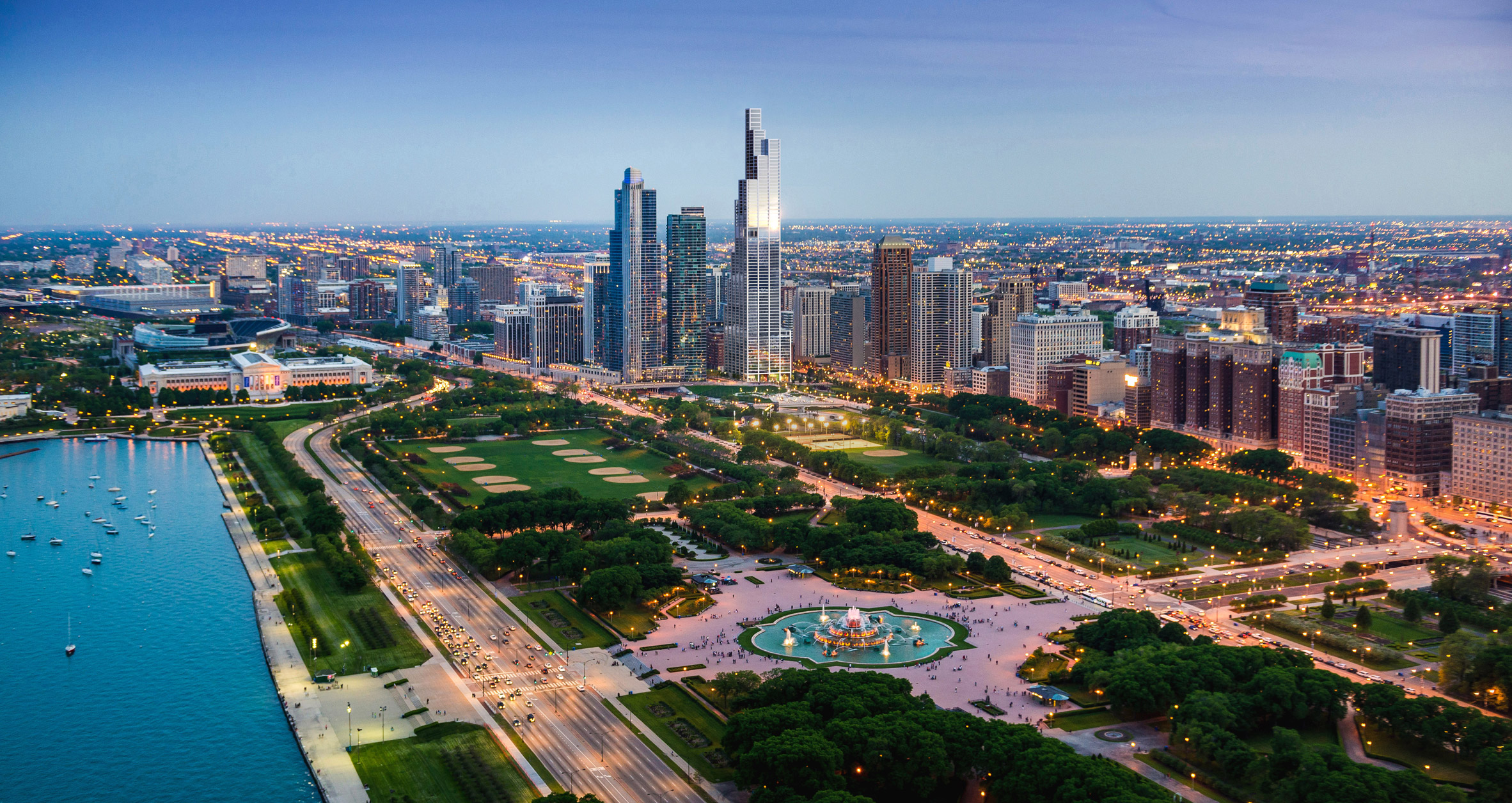 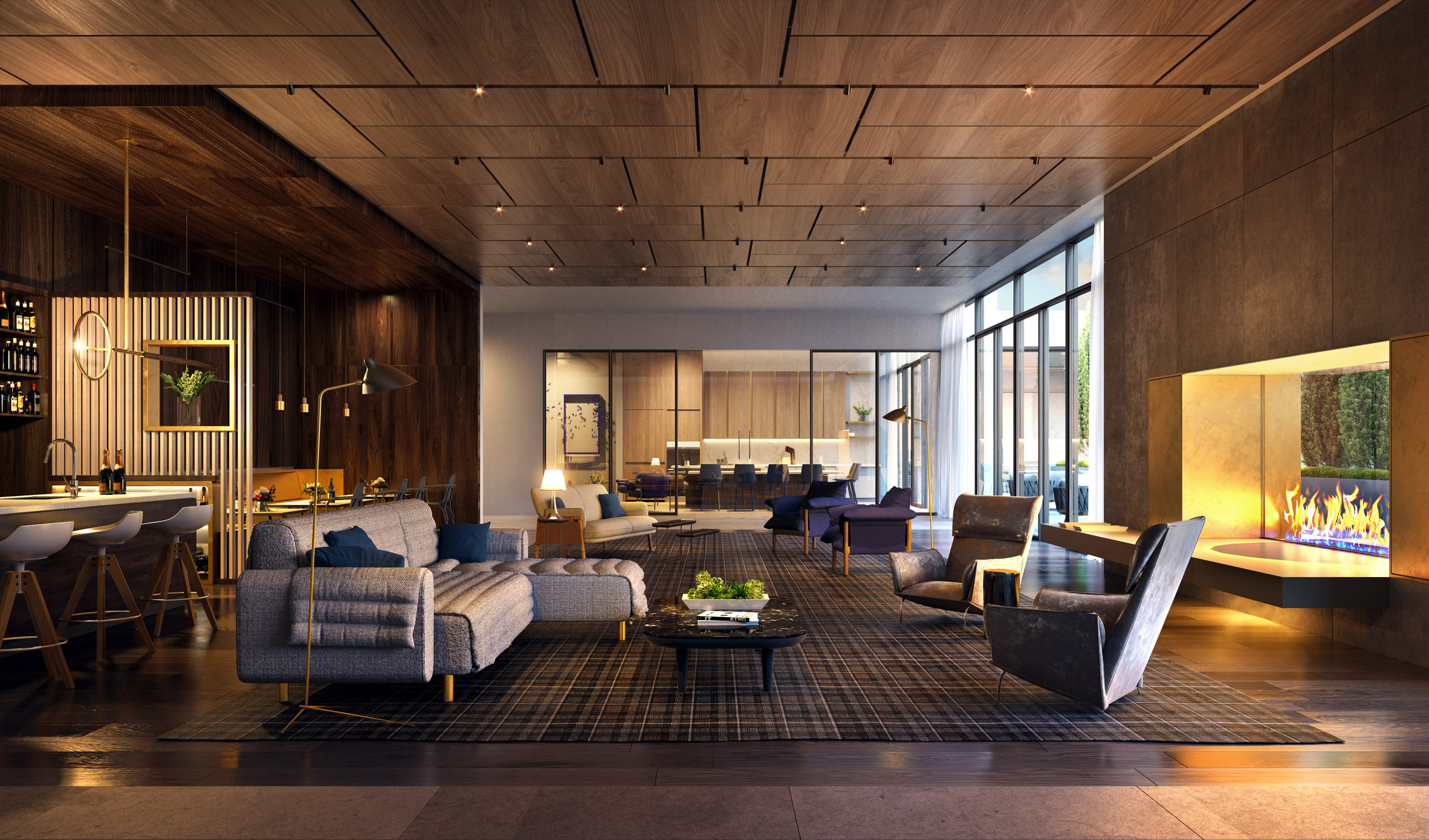 Currently under construction on a plot at the Michigan and Roosevelt intersection in the growing South Loop neighbourhood, the skyscraper is set to reach 896 feet (273 metres) at its highest point. It is set to become Chicago’s tallest rental residential building once complete later this year. 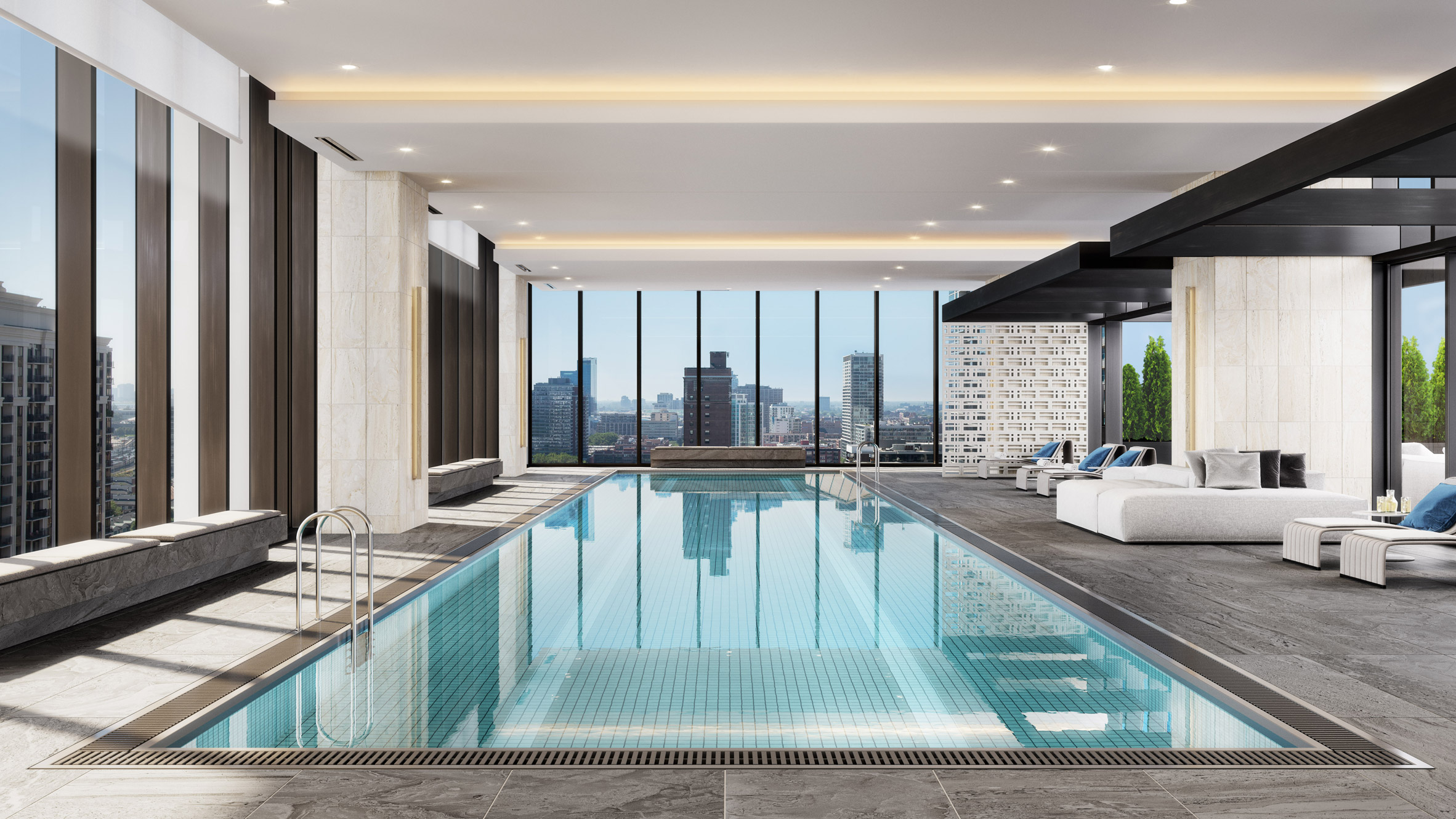 The design includes a mixture of rental residences, from studios to four-bedroom apartments, housed within a stack of glass towers that rise to different heights.

The updated project is a pared-back version of the proposal Viñoly unveiled for the site overlooking Grant Park in 2015, featuring two similarly shaped skyscrapers, linked by a podium at the base. 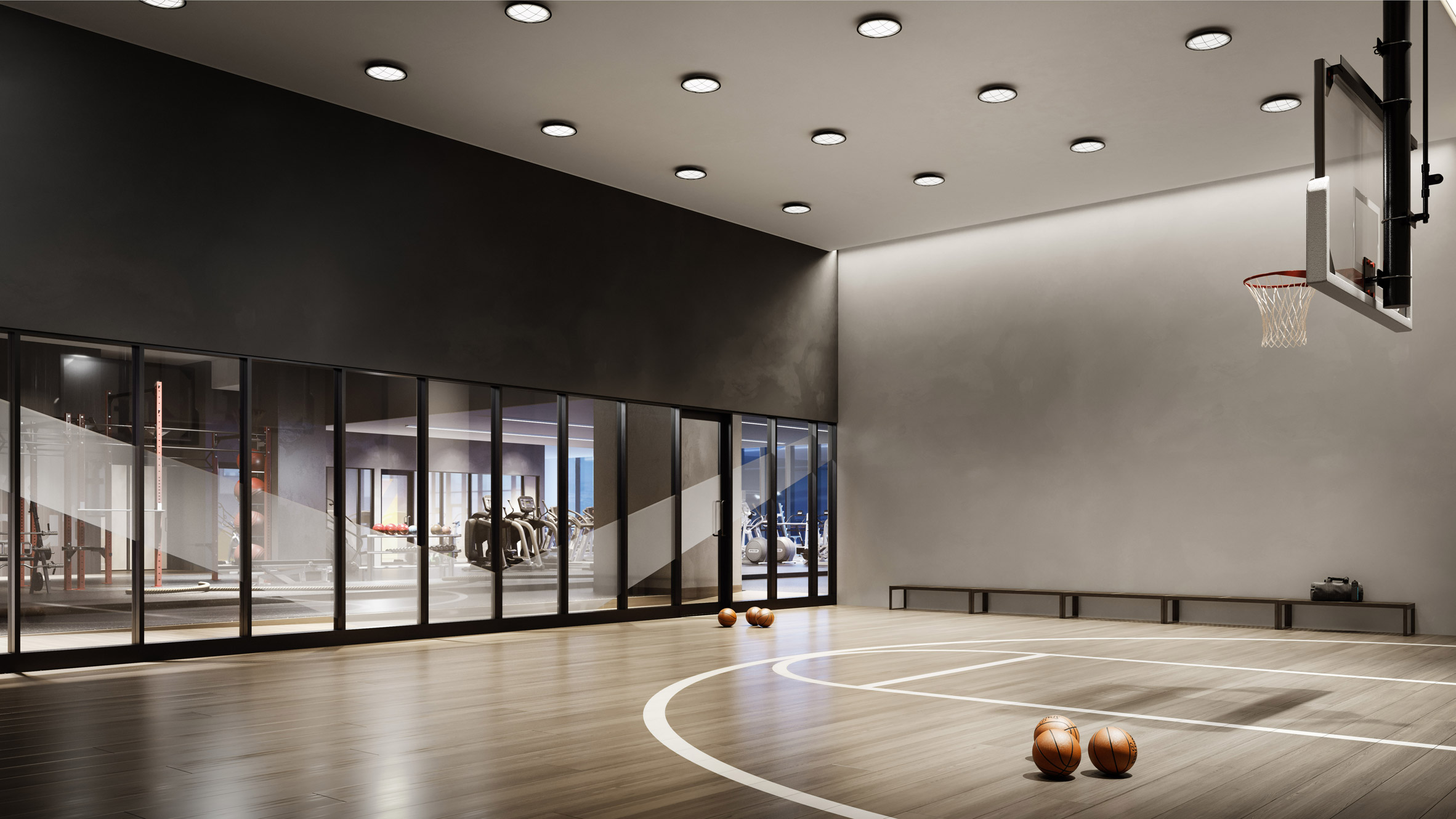 In the newly released movie, Viñoly describes how his intention for NEMA Chicago was to continue the strong architectural heritage of the city – which he bills as the “birthplace of American architecture”.

The simple glazed design draws on the works of celebrated modernist architects in the city, including Frank Lloyd Wright and Mies van der Rohe, as well as the Willis Tower, which is composed of stacked boxes and once held the title of the tallest building in the world. 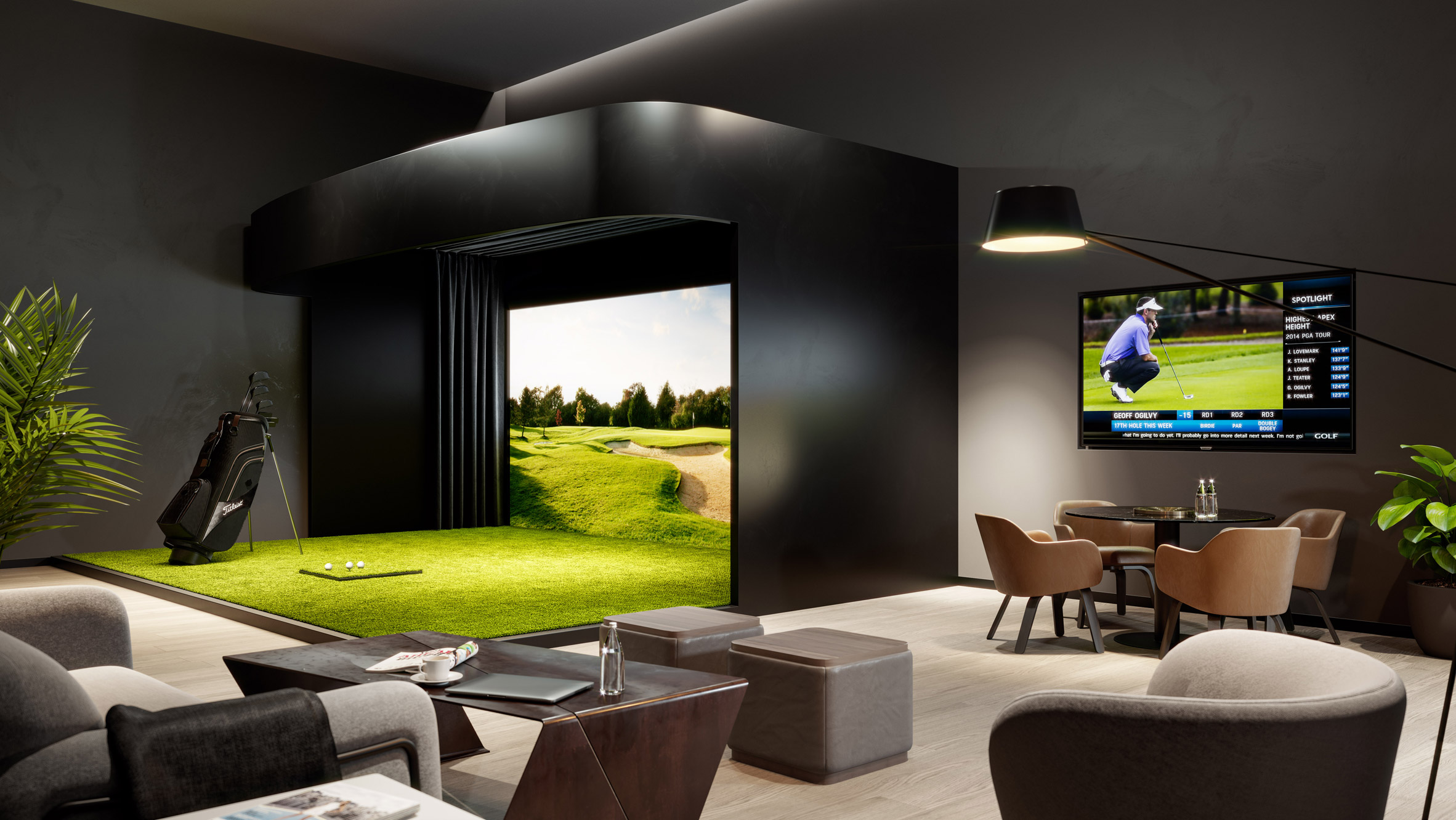 “Building in Chicago is such a sense of responsibility for any architect that has a sense of American architecture,” Viñoly said in the short video. “It has a tradition of quality and forward-looking proposals and also urbanistically there is a presence of giant, neo-classical gestures.”

To create NEMA Chicago’s stacked form, Viñoly has segmented the skyscraper into three: the podium at the base, which will host residences with views to the north and east; the “tail form” central section, featuring the majority of the residential units; and the stepped top, where apartments will have the largest floor plans and private rooftops. 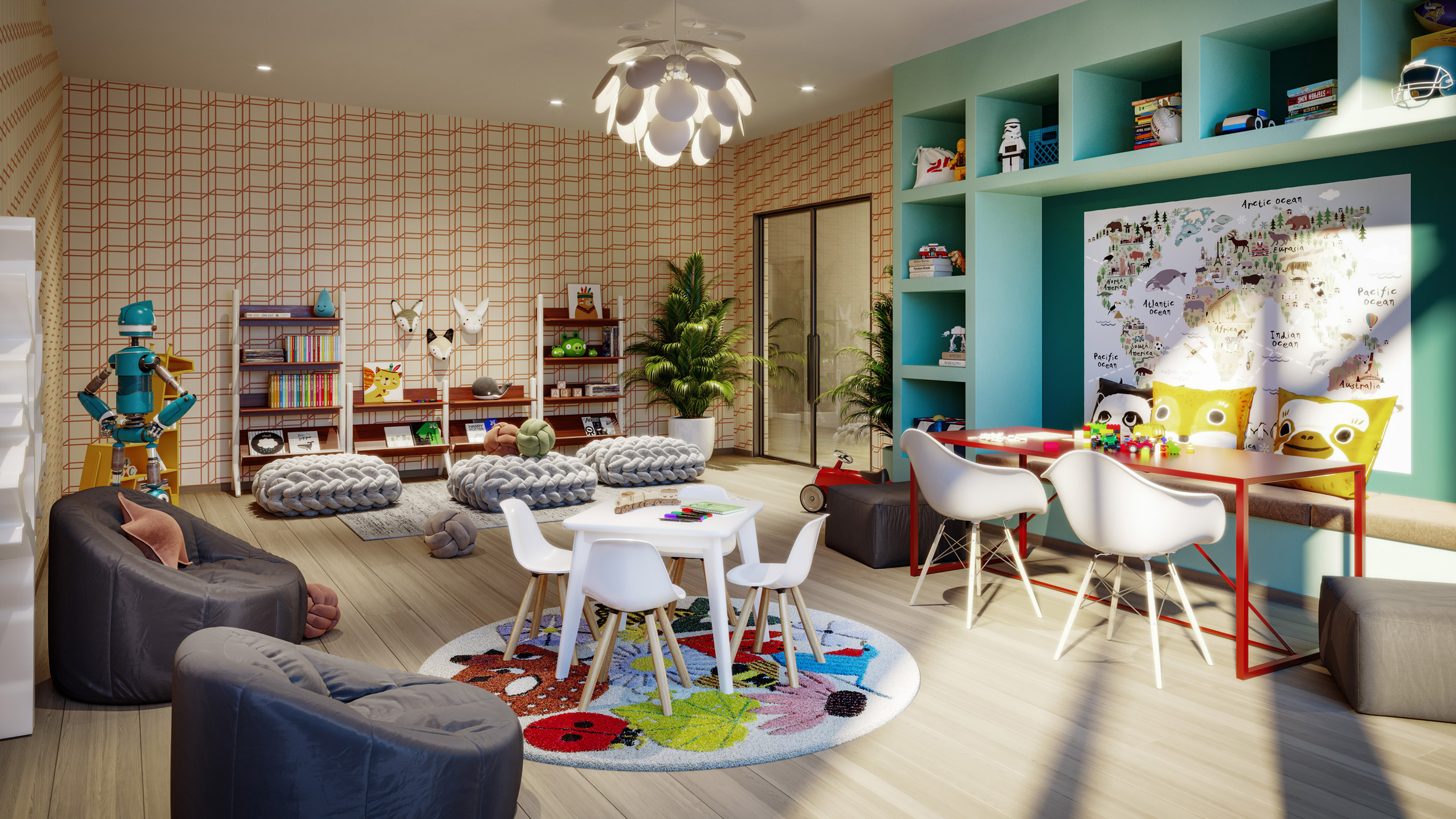 Floor-to-ceiling glazing will offer vistas of Lake Michigan, the Chicago skyline and the nearby Green Park – which formed “a pretty fundamental component” of Viñoly’s scheme. “I think is the most impressive of all public spaces in Chicago, and many other parts in the country,” the architect said.

Among the different apartments available are the Signature Residences on floors two to 47. These range from 514-square-foot (metres) studios to larger, three-bedrooms. 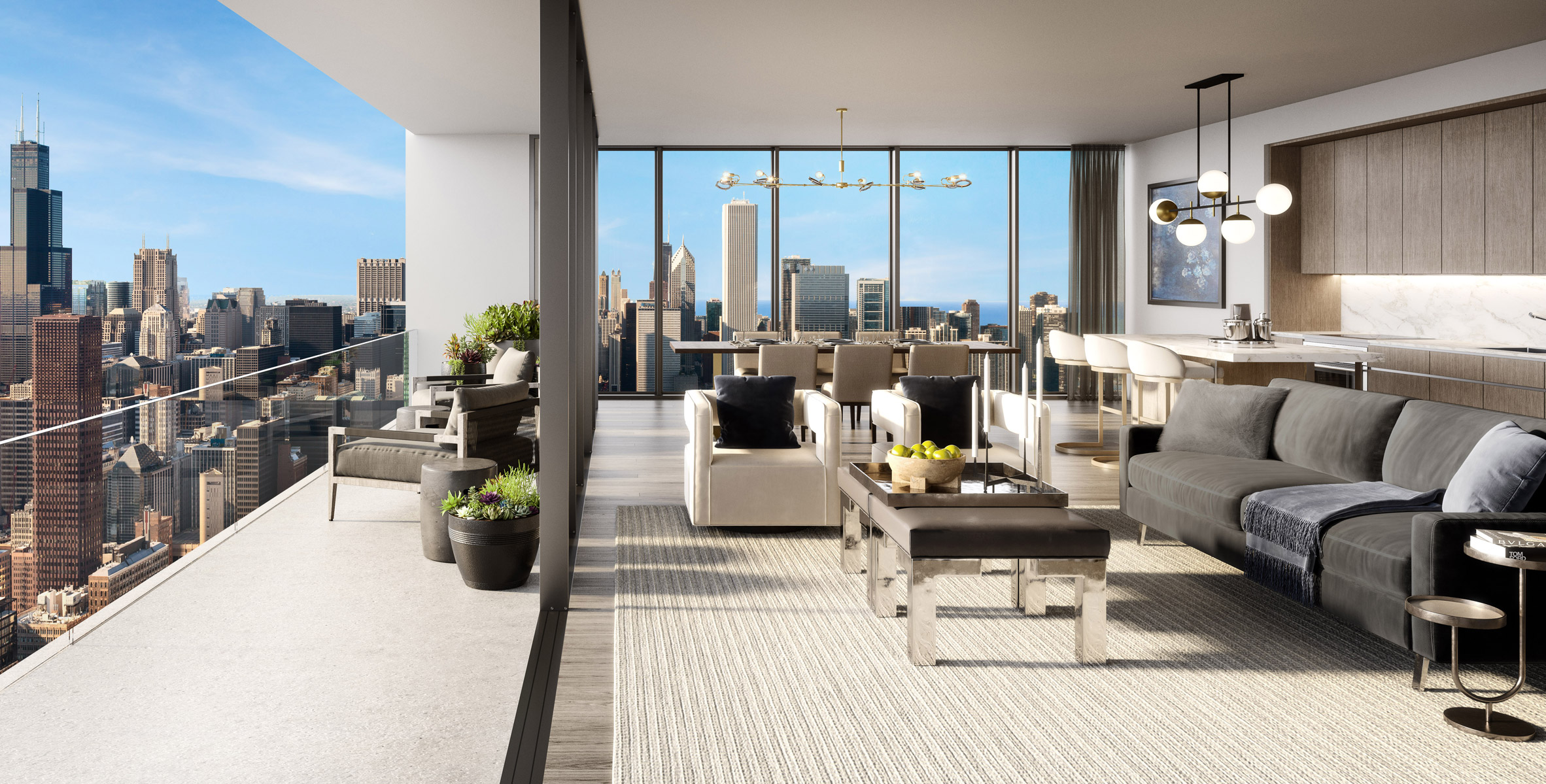 Levels above this will include a mix of two- and four-bedroom Skyline Collection homes, defined by “premium finishes and appliances”. 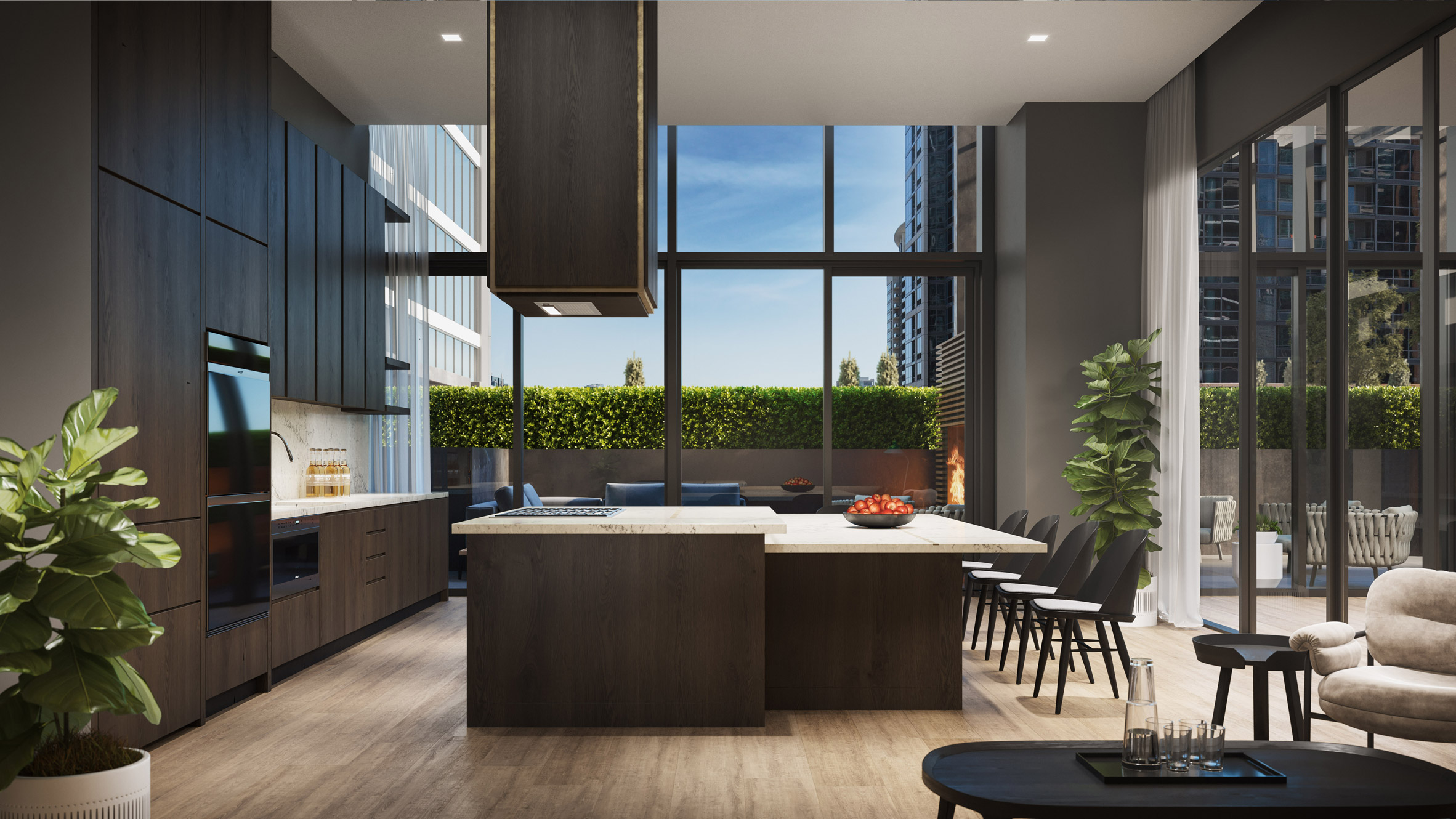 Images of the NEMA residences show that key features include large expanses of glazing, tall ceilings, which are set to reach nine feet (2.7 metres) high, as well as wooden flooring and custom cabinets made in Chicago. Rockwell Group is also set to design kitchen islands for each. 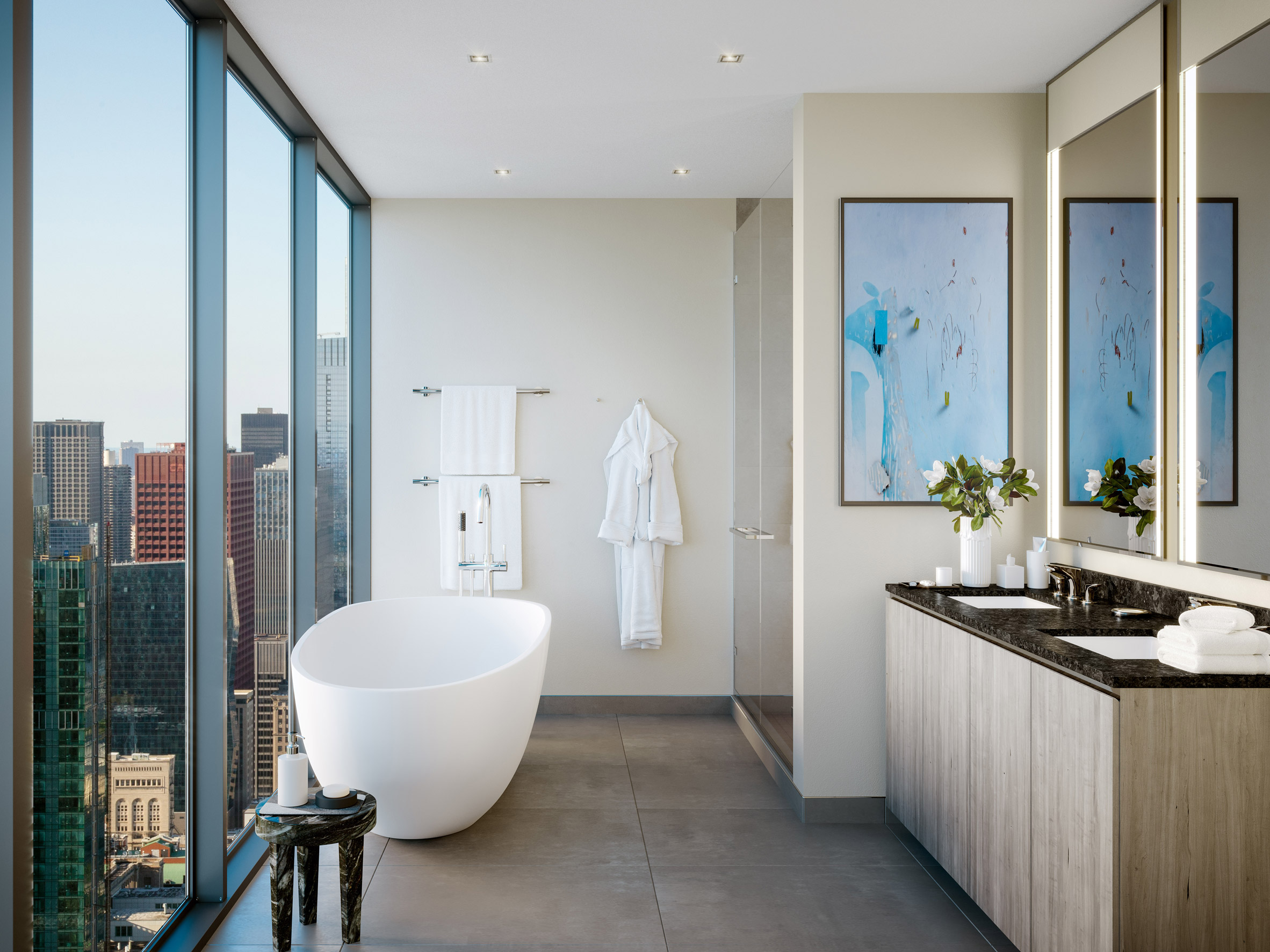 Additional highlights of NEMA Chicago are a suite of amenities. These include a co-working space, The Kids’ Club for children, and The Doghouse for dogs, which is accompanied by a pet spa. 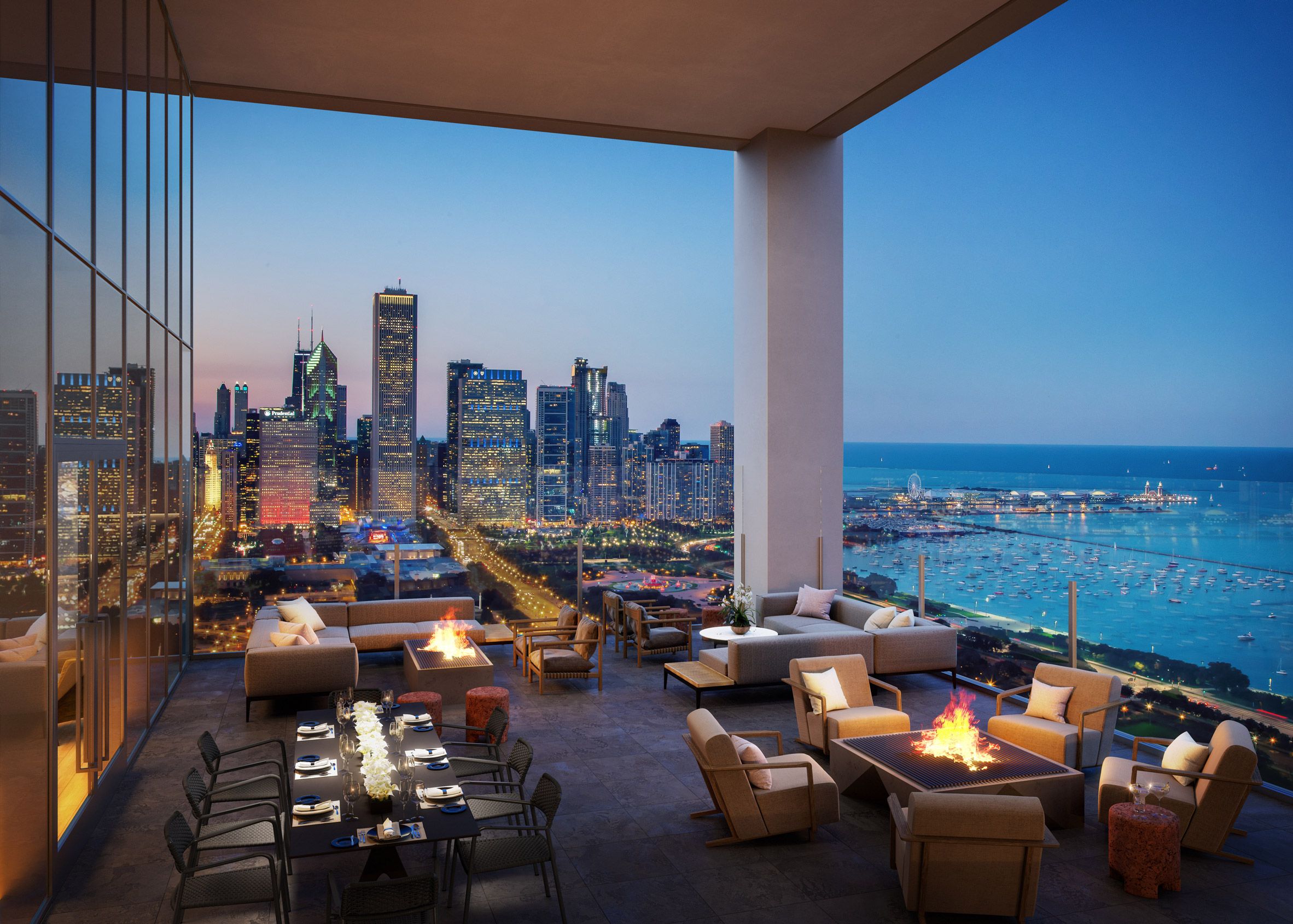 Entertainment spaces include a sports bar, a private cinema and a chef’s kitchen for cooking demonstrations, as well as a 10,000-square-foot (930-square-metre) “resort-style” outdoor deck, including a swimming pool.

NEMA will also include a host of health and fitness amenities – including a yoga studio, a pilates studio, a wellness studio, a boxing ring, a basketball court, and a spa and sauna. 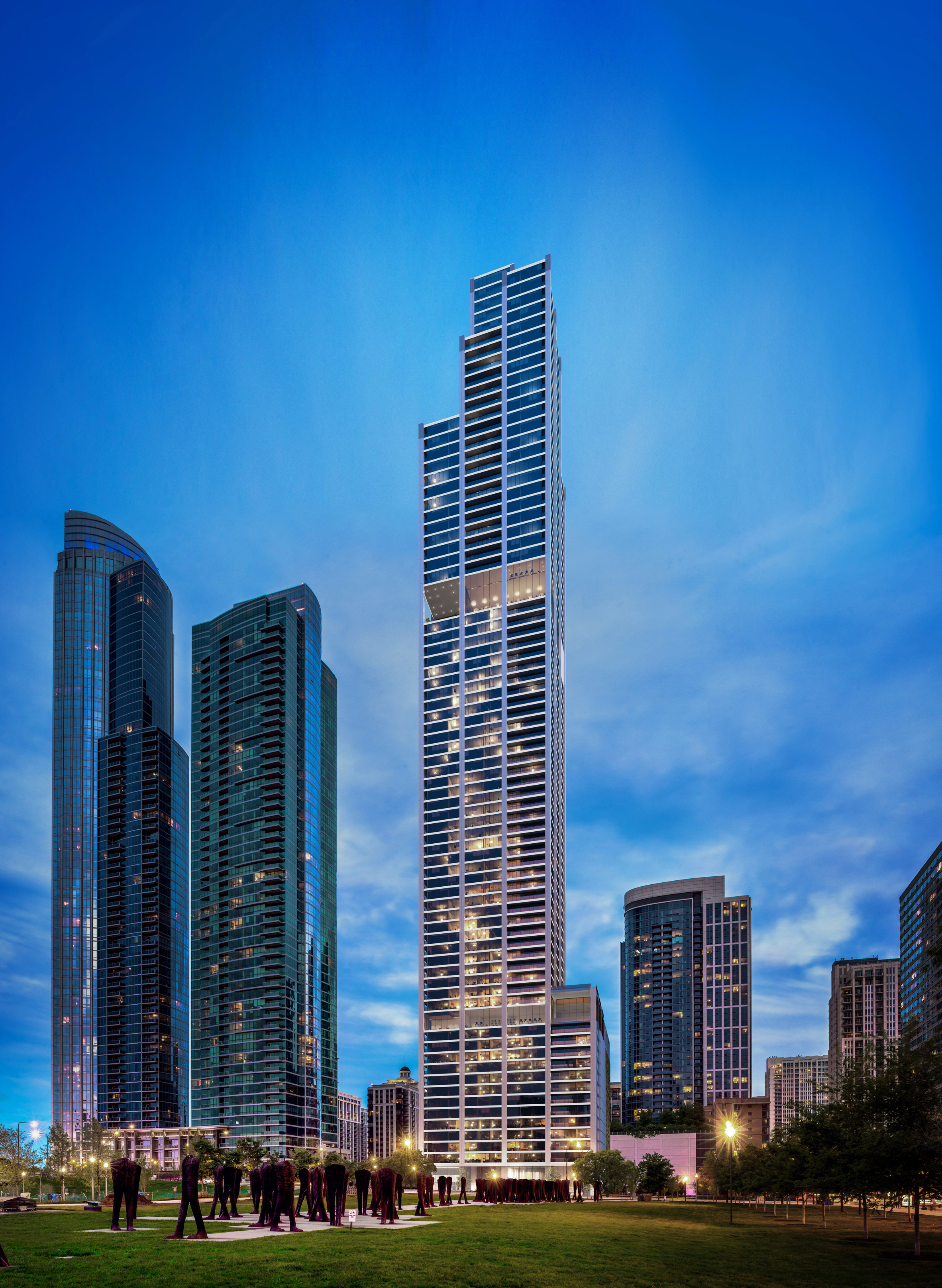 Among its best-known projects is the skinny 432 Park Avenue skyscraper overlooking Central Park in New York. The firm is also designing a high-end residential building as part of a trio of luxury towers planned for city, and a residential tower at 125 Greenwich Street that recently topped out.