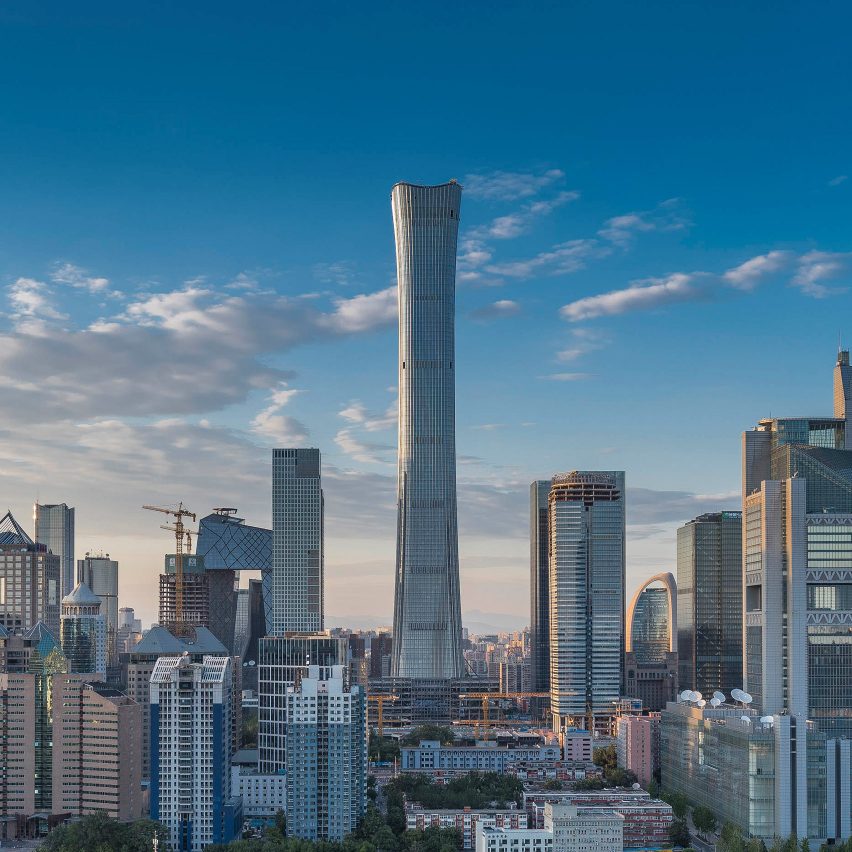 Eighteen new supertall skyscrapers were completed in 2018, the highest number ever in a single year, with China continuing to dominate the tall building charts.

China led the race for the skies, the Council on Tall Buildings and Urban Habitat (CTBUH) annual report revealed, accounting for 11 of the completed supertalls – skyscrapers over 300 metres high – last year.

Shenzhen alone had 14 new tall buildings, accounting for nearly 10 per cent of the total worldwide. The United States had the second highest number per country, with 13 new buildings over 200 metres. 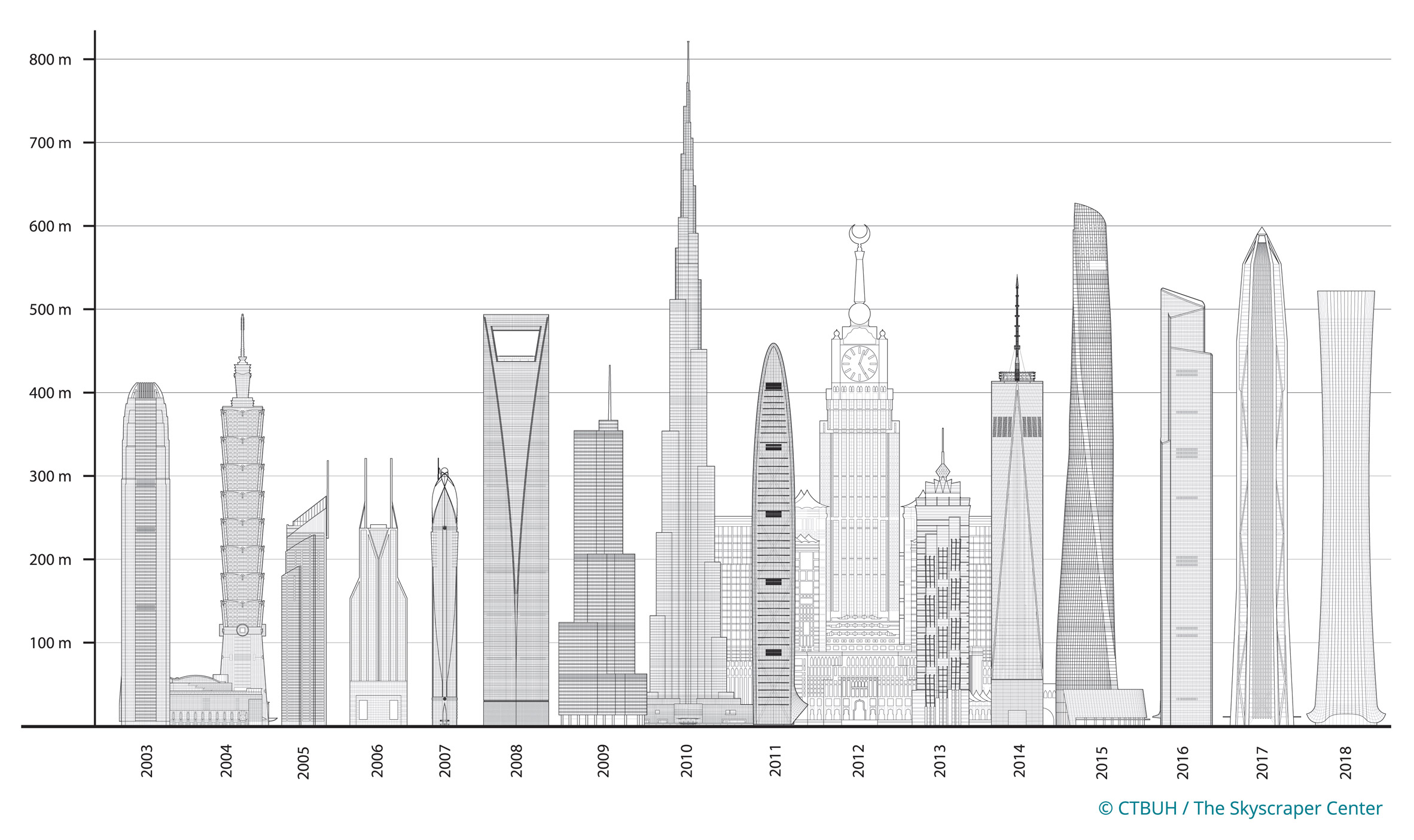 “Given the rate of urbanisation seen in the world – and that we must build the equivalent of a new city of one million people every week to accommodate this growth – it is not surprising that the pace of tall building construction continues,” said CTBUH chief Antony Wood.

CTBUH’s statistics show a brief levelling off of the number of tall buildings built around the world. In 2017 there were 147 buildings over 200 metres, however, the CTBUH expects 150 to complete in 2019, more than any year before. 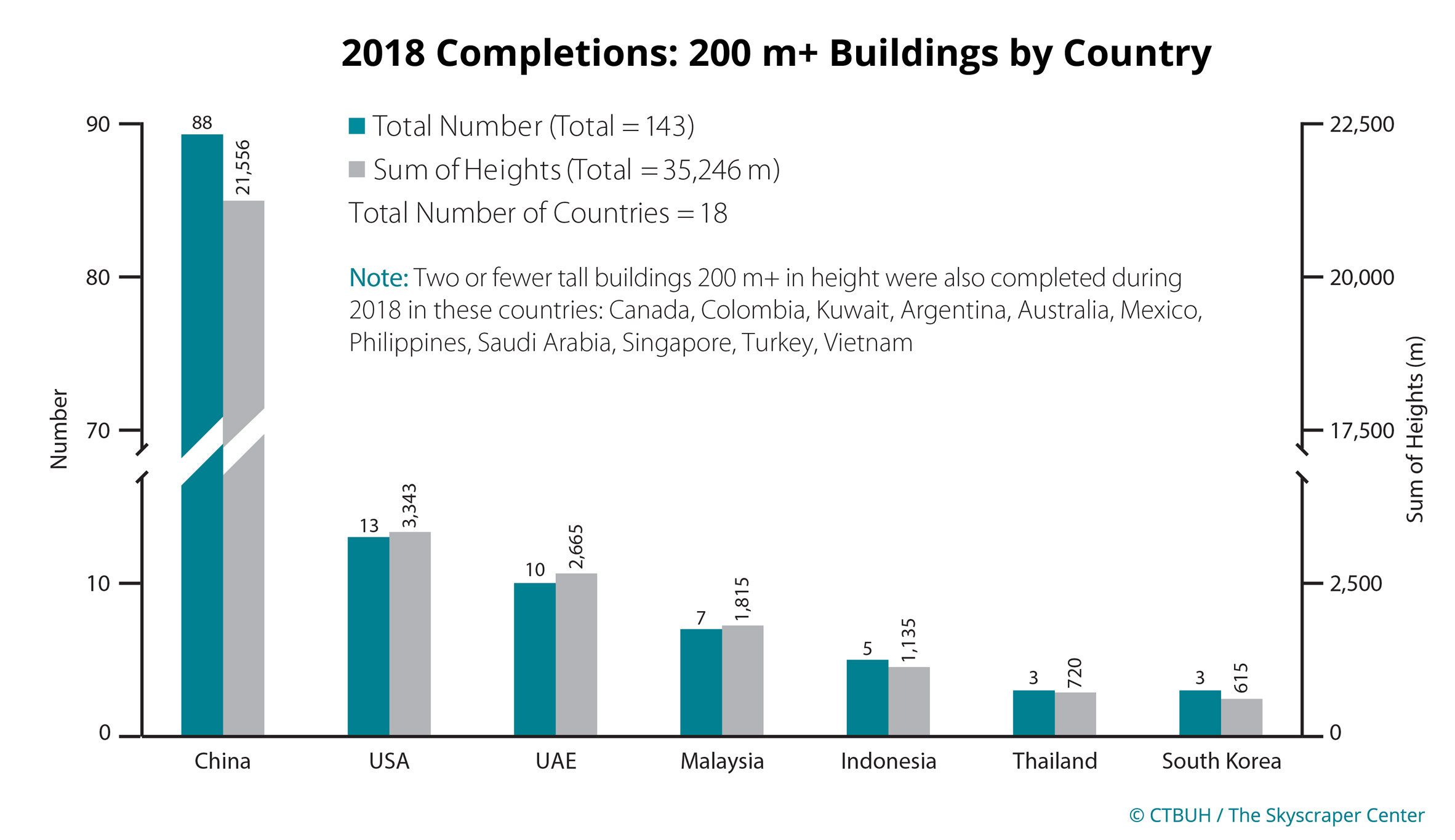 The trend for towers in general is taller, with the average skyscraper height reaching 247 metres, up from the 2017 average of 244 metres.

Along with the 88 tall buildings in China 88 and 13 in USA, the UAE completed 13 tall skyscrapers, Malaysia seven, Indonesia five. Thailand and South Korea topped out three each. There were also two buildings over 200 metres completed in Colombia, Kuwait and Canada, while one building was completed in Argentina, Australia, Mexico, Philippines, Saudi Arabia, Singapore, Turkey, and Vietnam.

Columbia took the top spot for the tall building with the most unusual backstory, however. The 260-metre-high BD Bacata Torre 1 was financed by crowdfunding.

The post Record number of supertall skyscrapers completed in 2018 appeared first on Dezeen.