Mexican architect Tatiana Bilbao has used mirrored glass, along with rammed earth and clay bricks, to create a vacation home that blends with its wooded site in Monterrey. 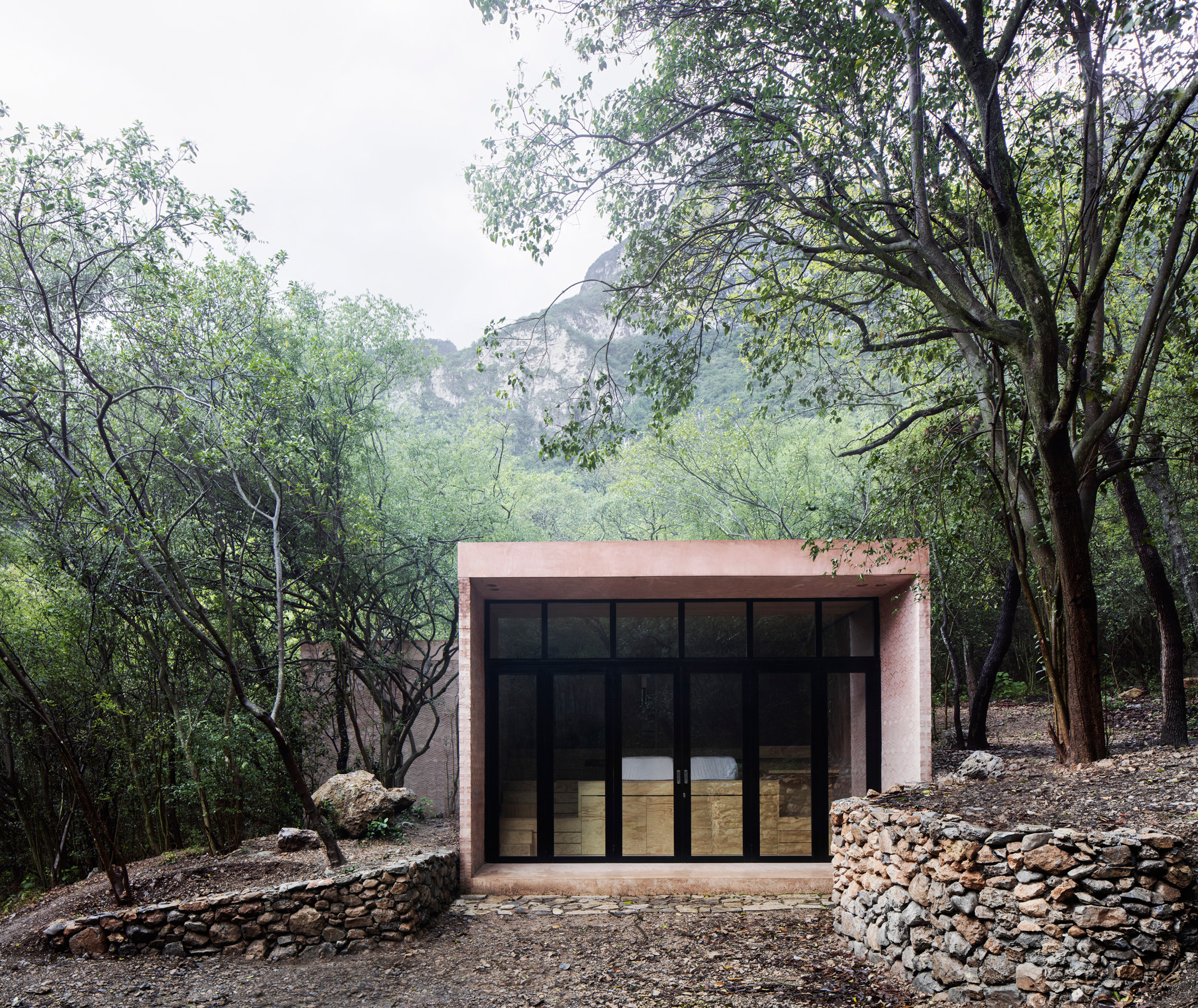 Los Terrenos, or The Terrains, is located on a forested hillside in the northern Mexican city. The residence is near another project by Bilbao, the Ventura House, which consists of an assemblage of concrete volumes that emerge from a steep slope. 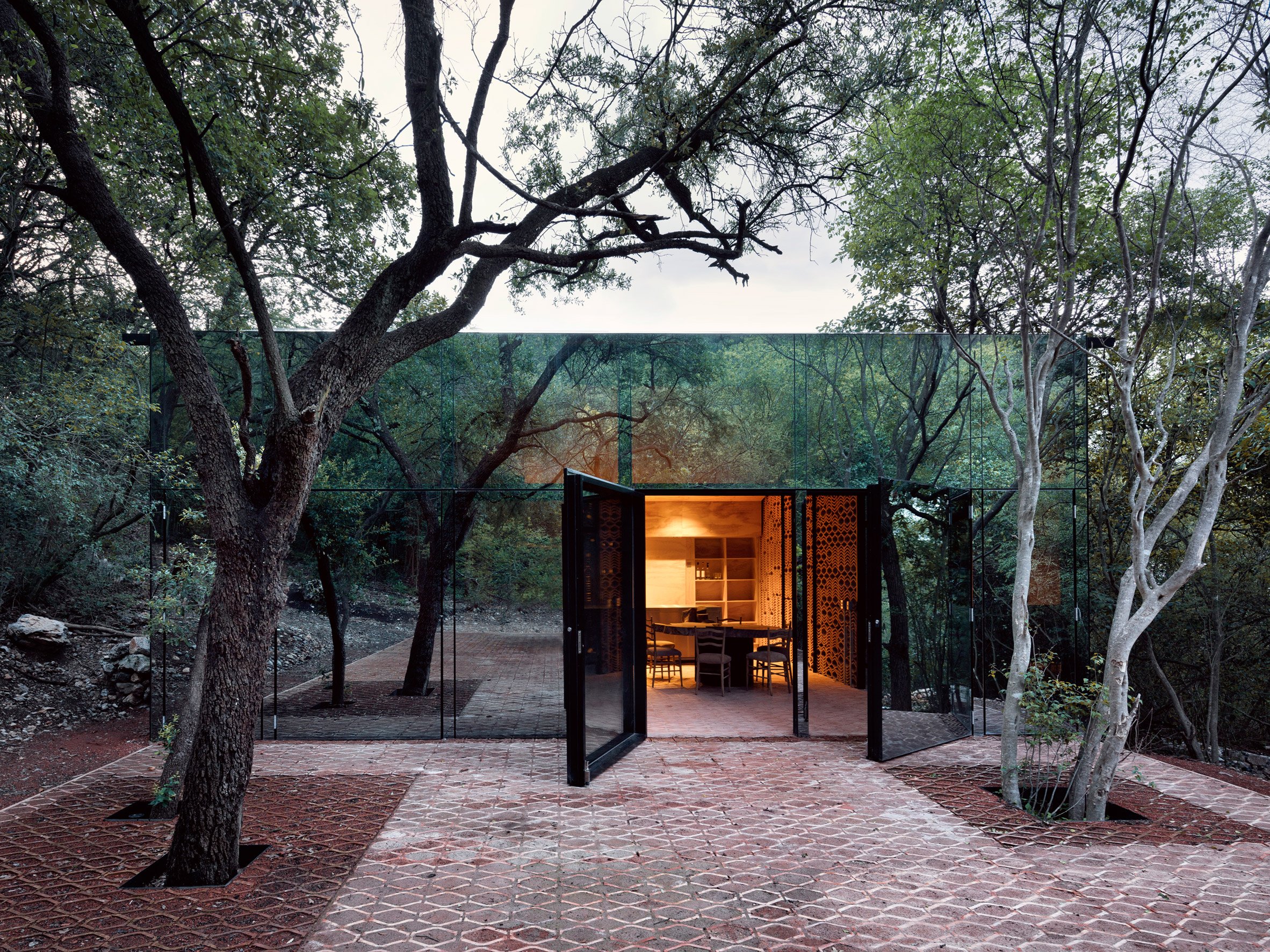 The new dwelling comprises two completed buildings organised around a curvilinear pool and nestled within a landscape of native flora, terracotta paving and stone walls. A third volume is planned for the site, which will overlook the tree canopy. 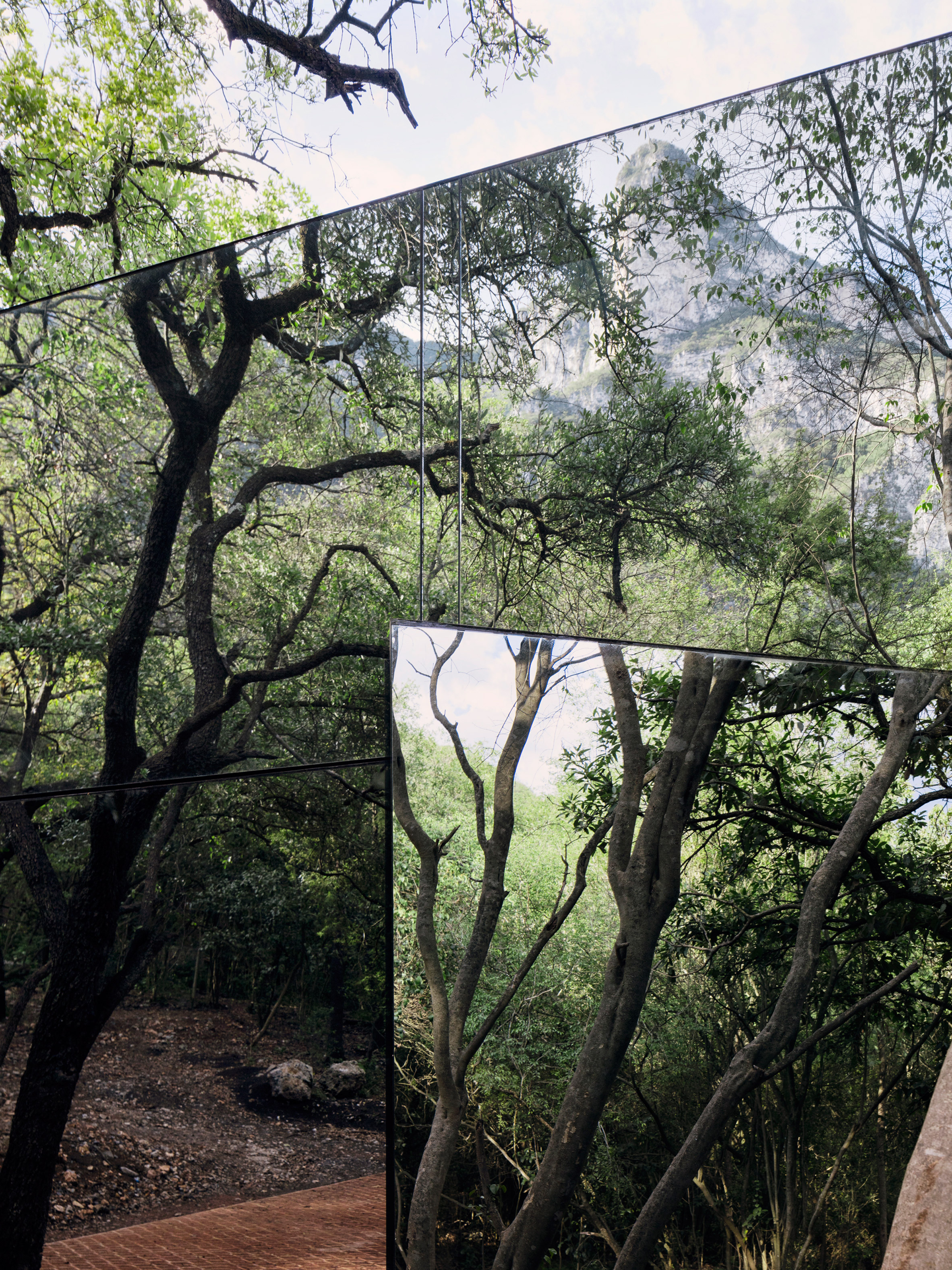 “The house program is fragmented according to each component’s function and role within the site, but they are all enclosed in a perfect square in the general plan,” said Bilbao, whose studio is based in Mexico City.

The larger of the two volumes is rectangular in plan and is topped with an asymmetrical peaked roof. Facades are clad in mirrored glass, enabling the dwelling to blend with the verdant terrain. 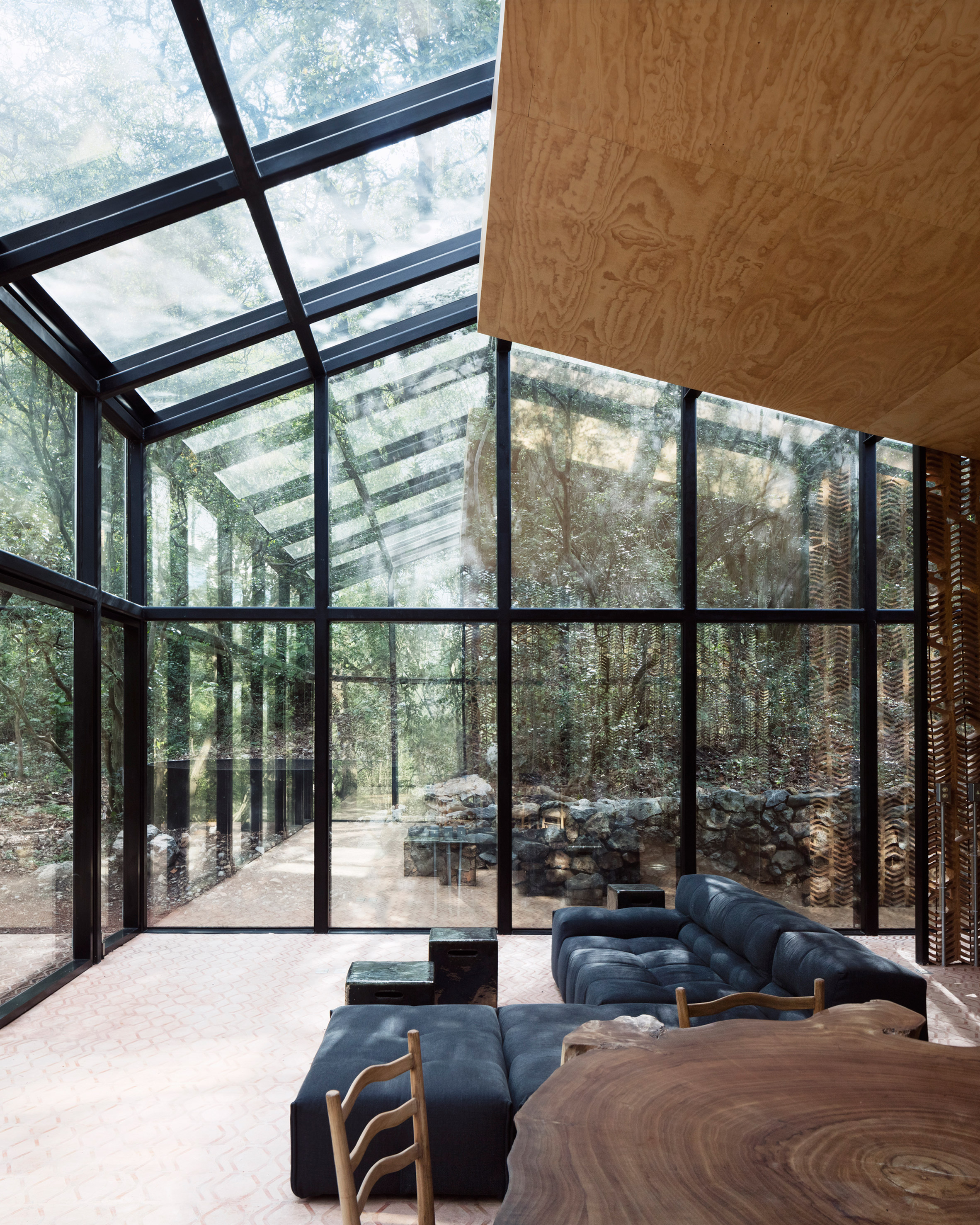 Stretching from the floor to the ceiling is a ceramic screen. It features a chevron-like pattern, which the team calls a lattice, that was used in various ways throughout the project. 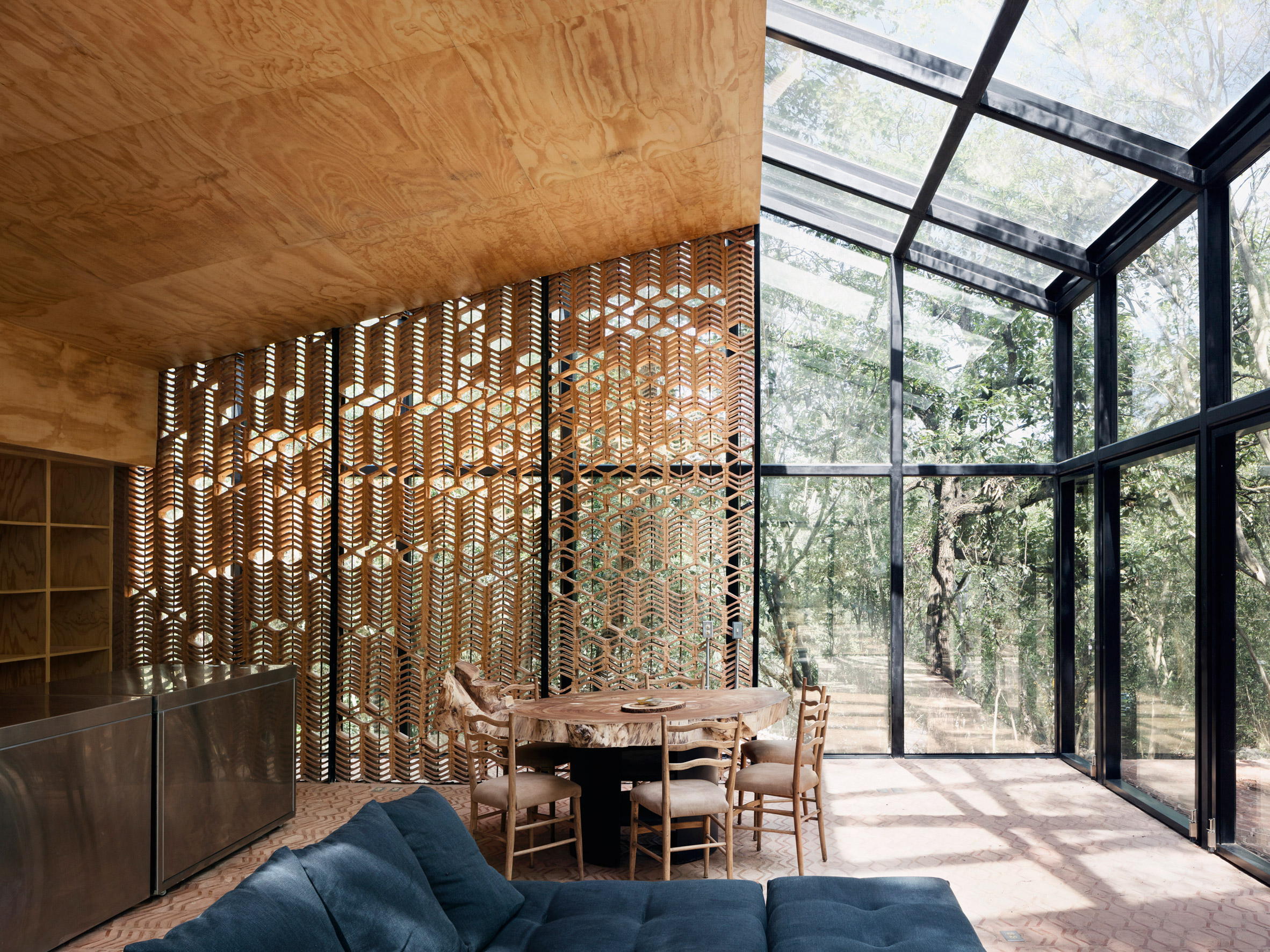 “The lattice was designed to adapt according to different spatial connections and structural possibilities,” said the studio. “It works as solid and permeable floor, a screen partition, a structural wall, and as a semi-open wall that allows ventilation and sunlight to bathe the interior spaces.” 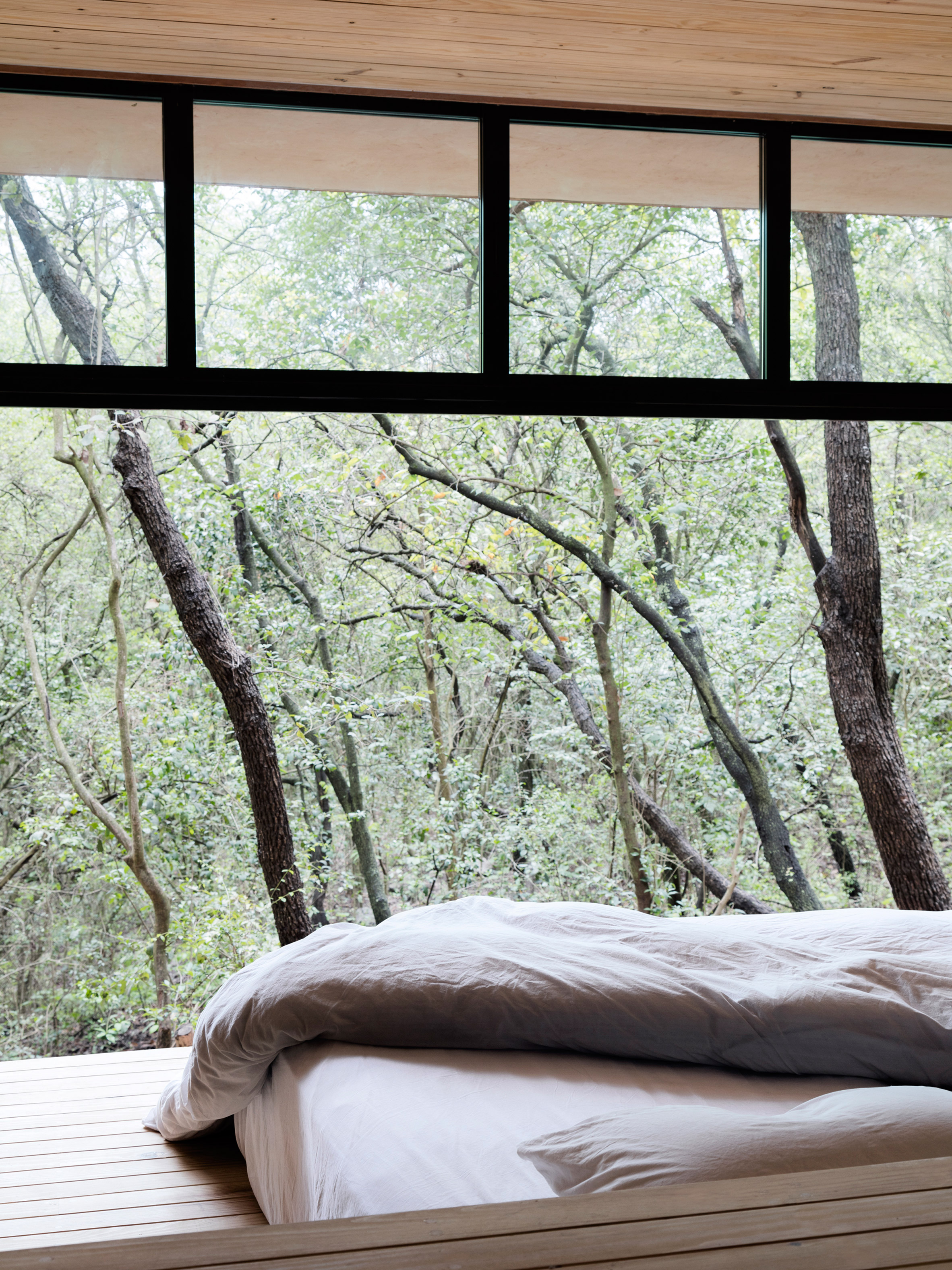 The second structure, which is L-shaped in plan, contains two bedrooms that are oriented in different directions. Rather than keeping the floor level, the team inserted wooden platforms and stairs to create a stepped topography within the rooms. The insertions also serve as storage areas. 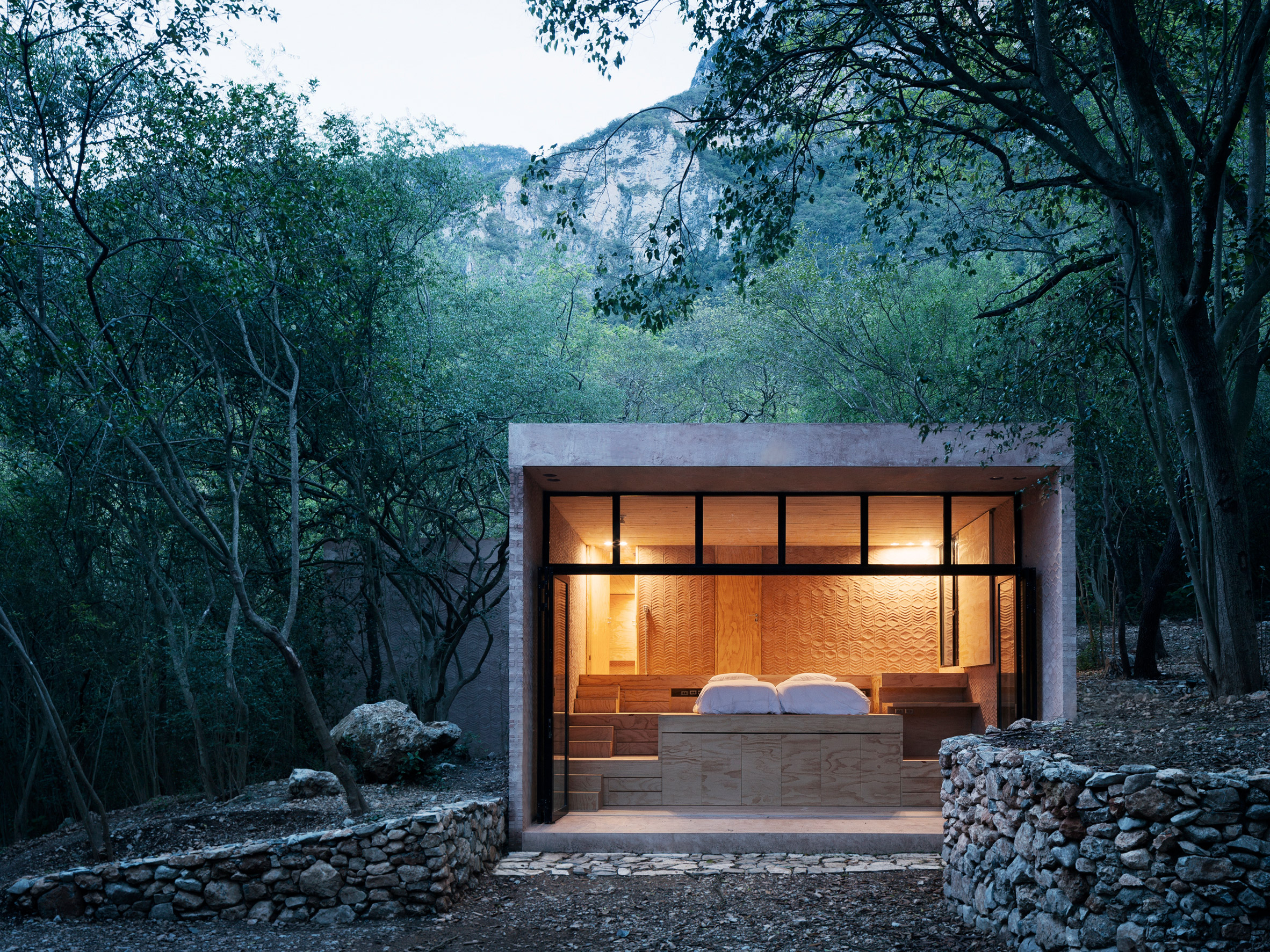 The walls of the sleeping quarters are made of rammed earth and clay bricks. On one side of each bedroom, a retractable glass partition enables the interior space to be open to the outdoors. 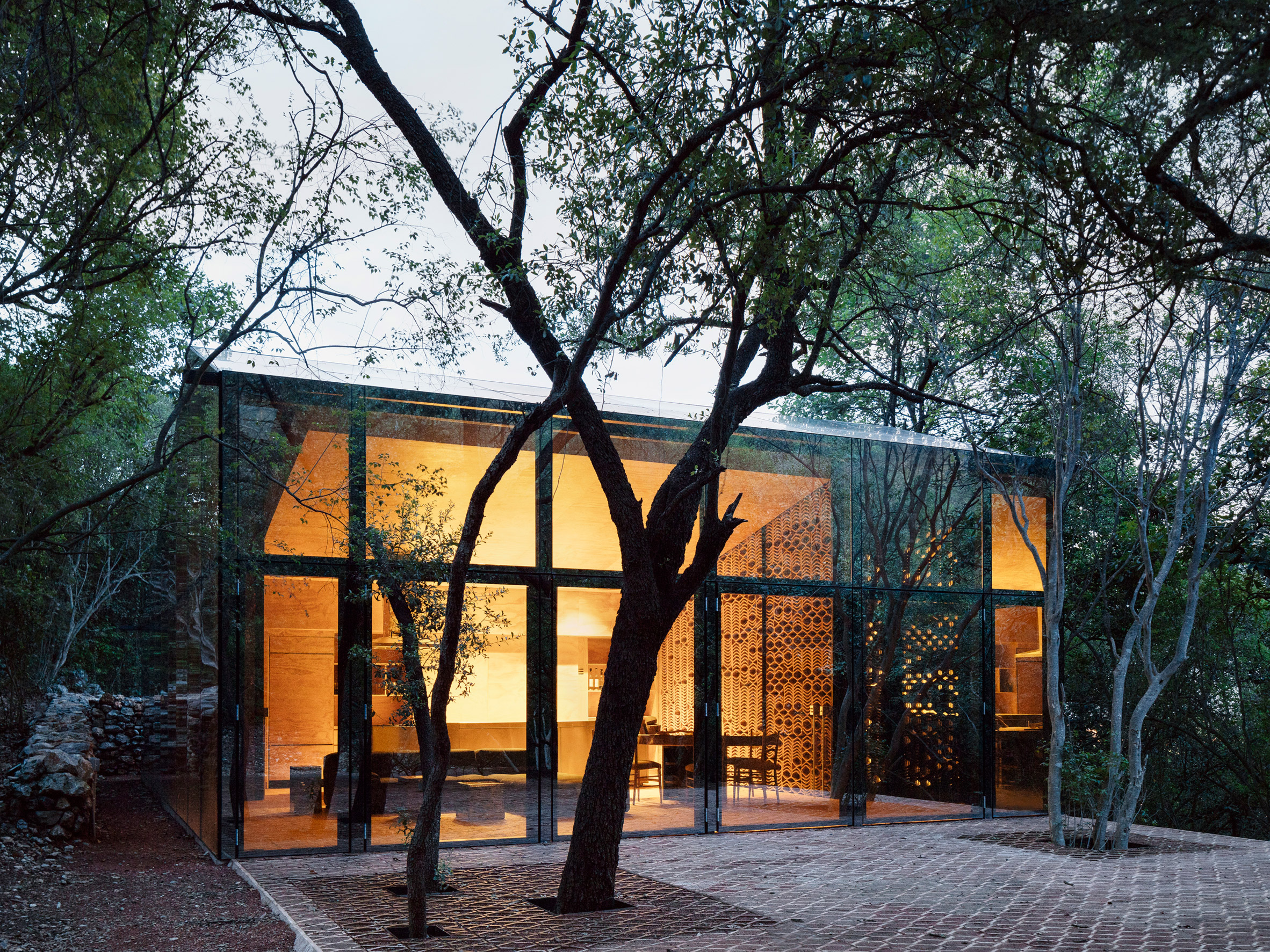 Tatiana Bilbao has completed a number of distinctive buildings in Mexico since founding her studio in 2004. Previous projects include a flexible building prototype to address Mexico’s housing shortage and a biotechnology facility for a university comprising a stack of glass boxes. 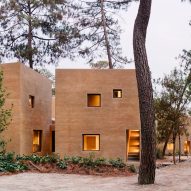