Renzo Piano Building Workshop has revealed its first project in Canada: a Toronto courthouse elevated on columns to expose tall glazed walls and a 20-metre-high atrium.

Italian architect Piano and his firm will build the Toronto Courthouse in the Downtown area – close to the city’s current major courthouse, which was completed in 1967, and the Superior Court of Justice.

Commissioned by Infrastructure Ontario and the Ministry of the Attorney General, the new facility will provide a home for a number of law courts that are currently scattered across Toronto, with the aim to create a modern and efficient service for the residents of the city and surrounding province.

The building will be Renzo Piano Building Workshop‘s first development in Canada. It follows the studio’s recent amalgamation of law courts in Paris, and recognisable projects like The Shard in London and The New York Times Building. 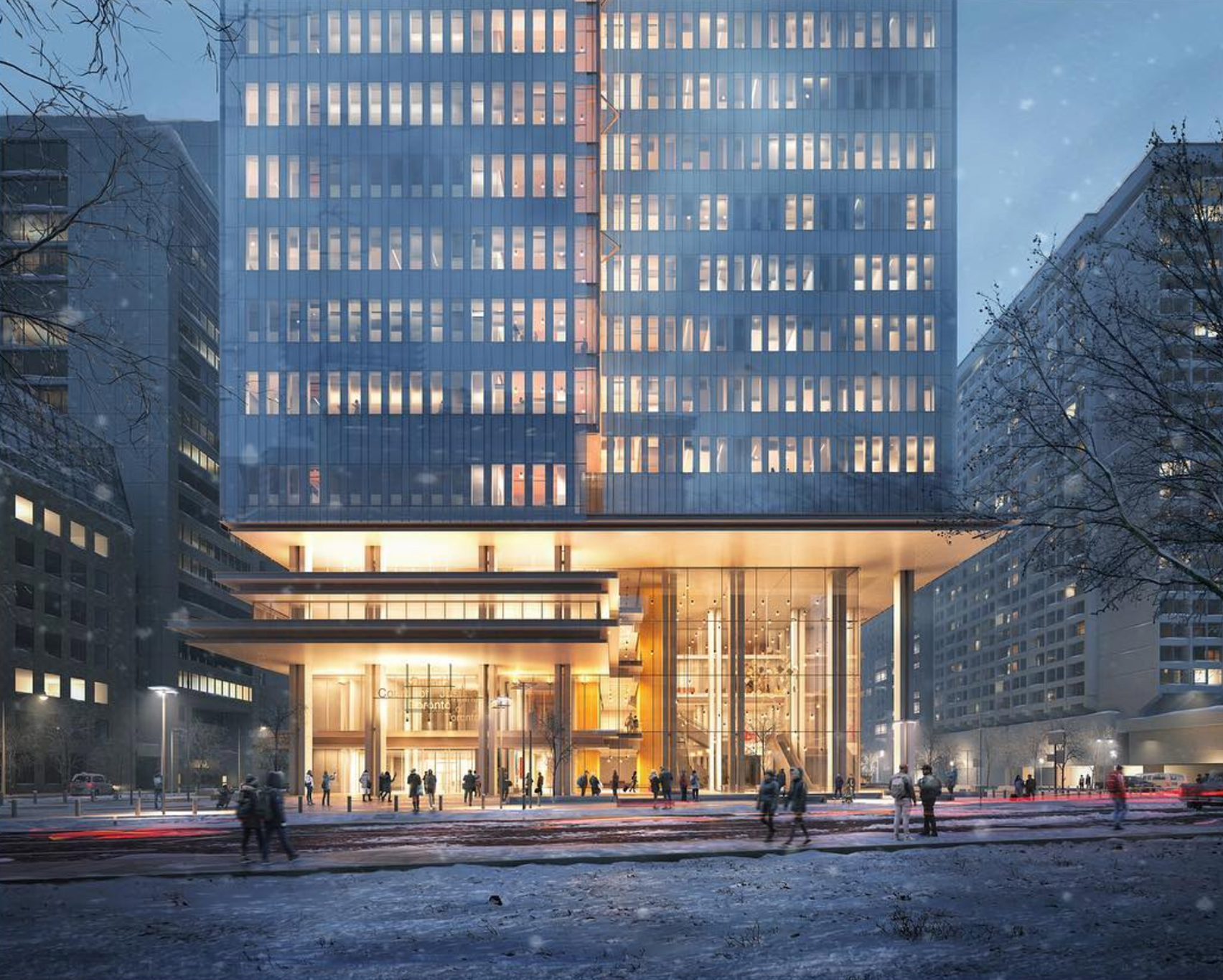 Located on 10 Armoury Street, the courthouse will comprise a large tower block featuring set backs and cutouts. The main volume will be raised on tall columns to create an open space for a public plaza on the ground level, mirroring the way that the nearby Nathan Phillips Square adjoins Toronto City Hall.

Newly released renderings show glass walls that appear to rise nearly four storeys from street level. These will front the building, encouraging passersby to enter the 20-metre-high atrium inside.

Internal walls wrapping the foyer will also be glazed to allow plenty of natural light into spaces behind. One surface will be covered in yellow panelling to provide a backdrop for artwork.

Stairways and escalators will be situated on the edges of the ground floor, to leave an open space in the centre with a sculptural fixture hanging above.

Although the building will appear open, it will be fitted with a number of high-security features, including baggage scanners and video surveillance.

Protection for judges, members of the public and defendants will also be provided through systems like video conferencing to allow either witnesses or individuals in custody to join proceedings remotely.

Private corridors will give to access courtrooms, and video and audio systems inside the court will enable easy display of visuals.

An education centre dedicated to the history and issues of the indigenous justice system will also be housed inside the courthouse. It will be the first learning centre located in an Ontario institution of this kind. 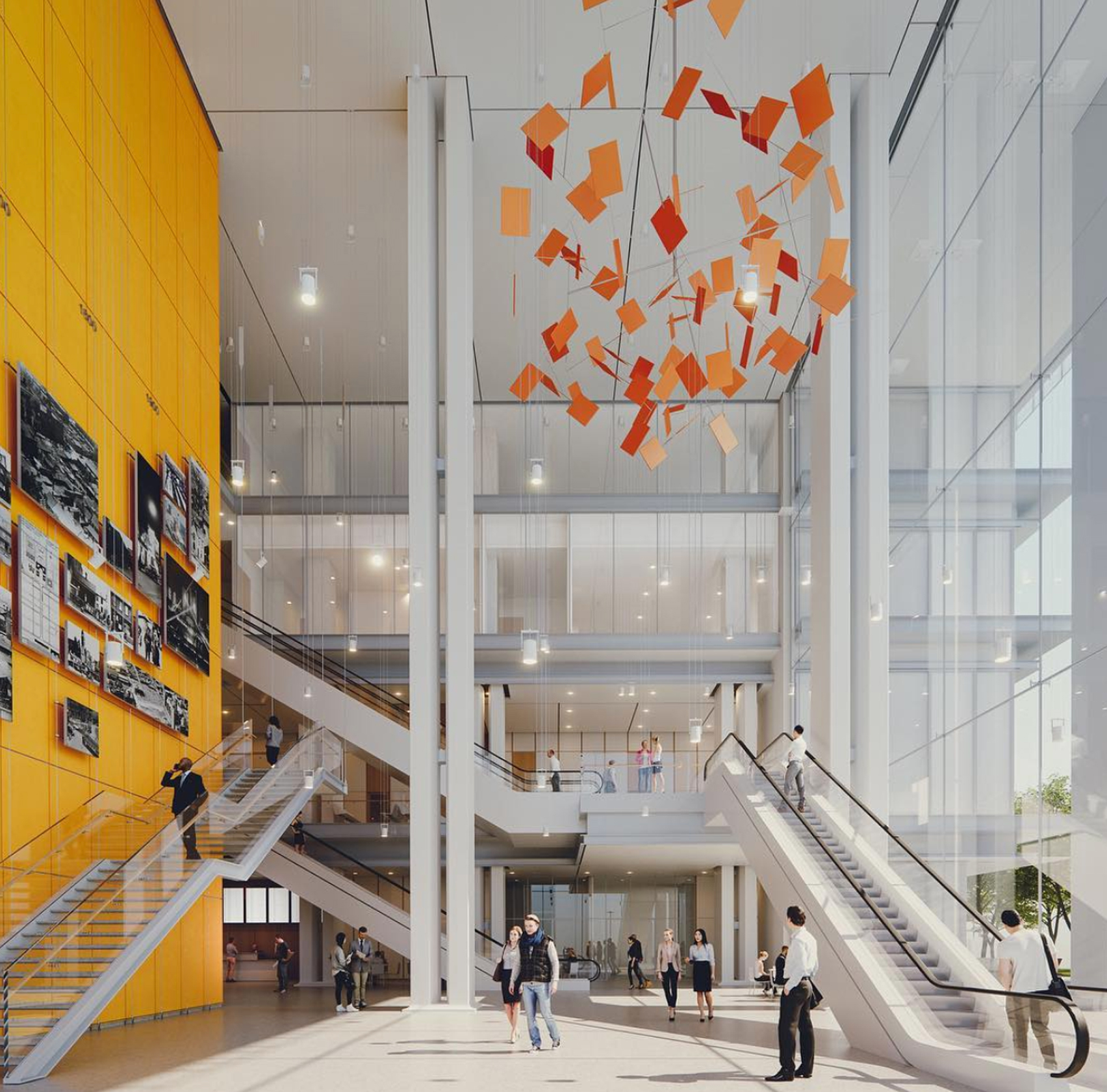 Renzo Piano Building Workshop is collaborating with NORR Architects & Engineers on the new Toronto Courthouse, using sustainable and cost-efficient design features so that it will gain Silver status from the Leadership in Energy and Environmental Design (LEED).

EllisDon Capital is developing the project, with construction expected to start early this year and completion slated for 2022.

Piano is joining a host of architecture firms – including Hariri Pontarini and Pinnacle, and Foster + Partners – working in Toronto, as the city experiences a boom in large-scale projects.

Alphabet subsidiary Sidewalk Labs is also currently designing a high-tech smart city for its Downtown, while Danish firm 3XN firm recently announced it is building its first high-rise in North America in Toronto.