A novel response to London’s housing crisis and a study of the stark living quarters of Welsh quarrymen in the 1800s were just two of the student projects recognised by this year’s RIBA President’s Medals.

The seven student winners received their awards at a ceremony hosted by the Royal Institute of British Architects in central London last night.

Set up in 1836, the RIBA President’s Medals are the institutes longest-running accolades.

For the first time in the awards 181-year history medals were awarded to architecture students at University of Nottingham and The Cooper Union. In the case of the latter, it was also the first time a medal was won for an institution not currently validated by RIBA.

“I am extremely pleased to see that the creativity and accomplished technique in the work of these budding architects is matched with a renewed ambition and focus on the important role that architecture plays in social betterment,” said RIBA President Ben Derbyshire.

“The passion and intelligence with which these graduates address complex architectural briefs by drawing from personal experiences and involving those for whom their buildings are designed is achieved with remarkable rigour and commitment.”

Three of this year’s winners produced short animated films for their projects, as the medium of video becomes an increasingly popular crossover tool for architects.

All seven winning projects will be on display as part of at the 2017 RIBA President’s Medals exhibition in London until 10 February, and at RIBA North in Liverpool until 24 February 2018.

Read on for more on winners and the details of their projects: 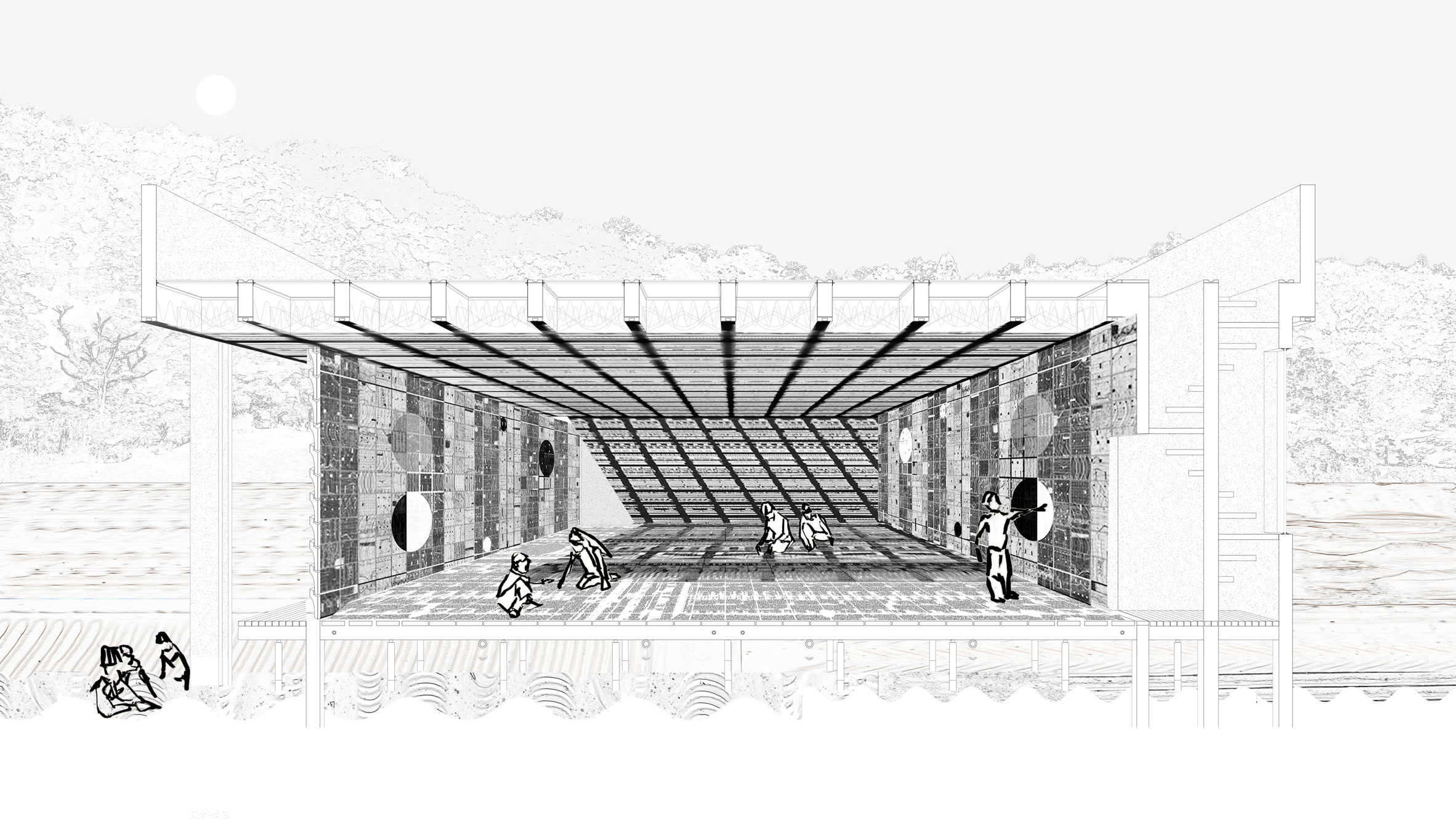 The RIBA Silver Medal for the best design project produced at RIBA Part 2 or equivalent went to Daniel Hall from The Cooper Union, who was tutored by Lauren Kogod.

This was the first time that The Cooper Union, based in New York, had entered the awards, and the first time the Silver Medal was awarded to a higher education institution not currently validated by RIBA.

Hall’s project, titled Cycles of Toolmaking: An Optic, Tactile, Haptic, Material, Scalar and Pedagogic Study, proposes a learning centre for the ceramics town of Mashiko in Japan, to replace a school damaged by the Tohoku Earthquake in 2011.

The proposal responded to everything from the use of toolmaking in ceramics and craft, local ceramics production in Mashiko, and Japanese playgrounds to devise a place where visitors could learn by interacting with the materiality of the space itself.

Recipient of the Bronze Medal, awarded for the best RIBA Part 1 design project, went to Kangli Zheng from the University of Nottingham and tutored by Alison Davies. This was the first time a student from this university has been awarded a RIBA Medal.

Zeng’s projects Castle in the Sky was an alternative model for responding to London’s current housing crisis. The conceptual designs for modulated room boxes are designed to be slotted into framework suspended above the city’s terraced buildings.

Different sizes and shapes of boxes, which can be configured in a variety of ways, would provide different architectural typologies such as storage units and public gardens and allow residential occupants to fully customise their homes or co-housing spaces. 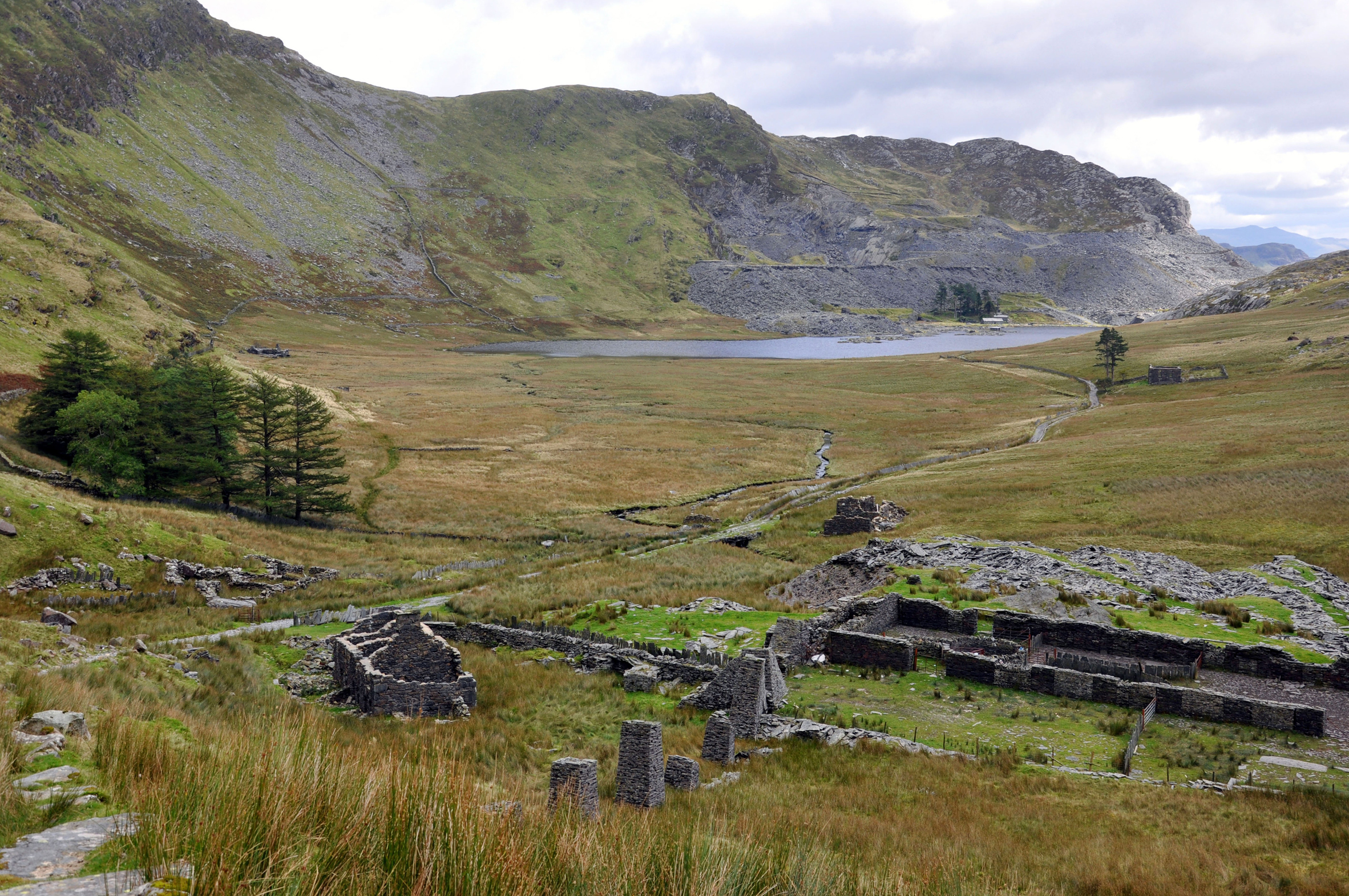 The Dissertation Medal when to Rhiain Bower of the University of Westminster, tutored by Harry Charrington, for their thesis Baricsio: The Slate Quarrymen’s Barracks in North West Wales.

Using a combination of fieldwork, gathering archival data, newspaper clippings, poetry and local accounts, Bower’s dissertation made a study of the 19th-century barrack dwellings constructed for workers at a slate quarry in Wales.

The remote architecture was not particularly well documented at the time, so Bower combined her own visual documentation with accounts gleaned from the time to draw a portrait of the harsh conditions experienced by the quarrymen who lived in the stark barracks from week to week for the opportunity of a salary. 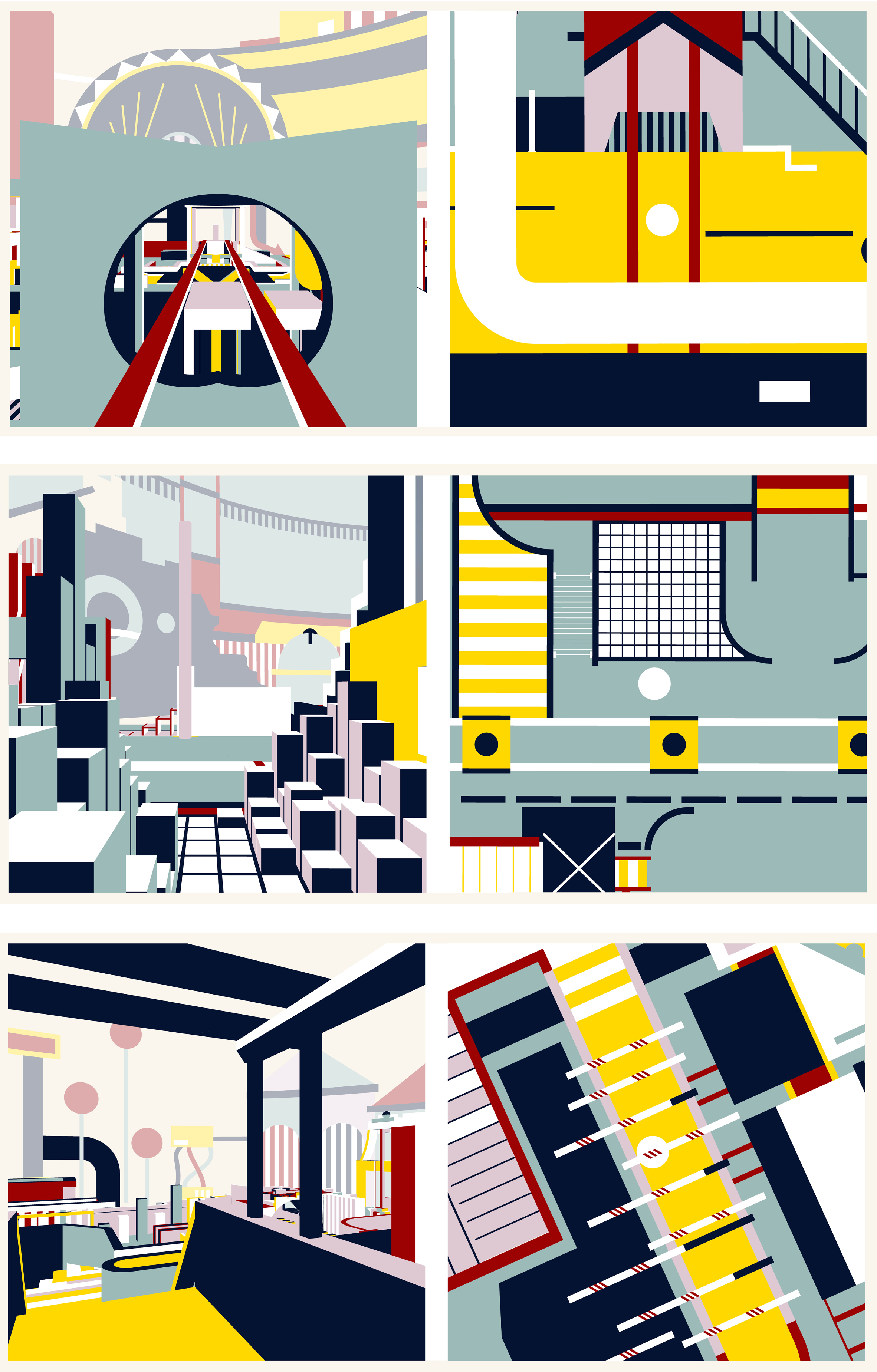 Awarded in two parts, the Serjeant Awards for Excellence in Drawing for RIBA Part 1 went to Gabriel Beard, from the Bartlett School of Architecture. 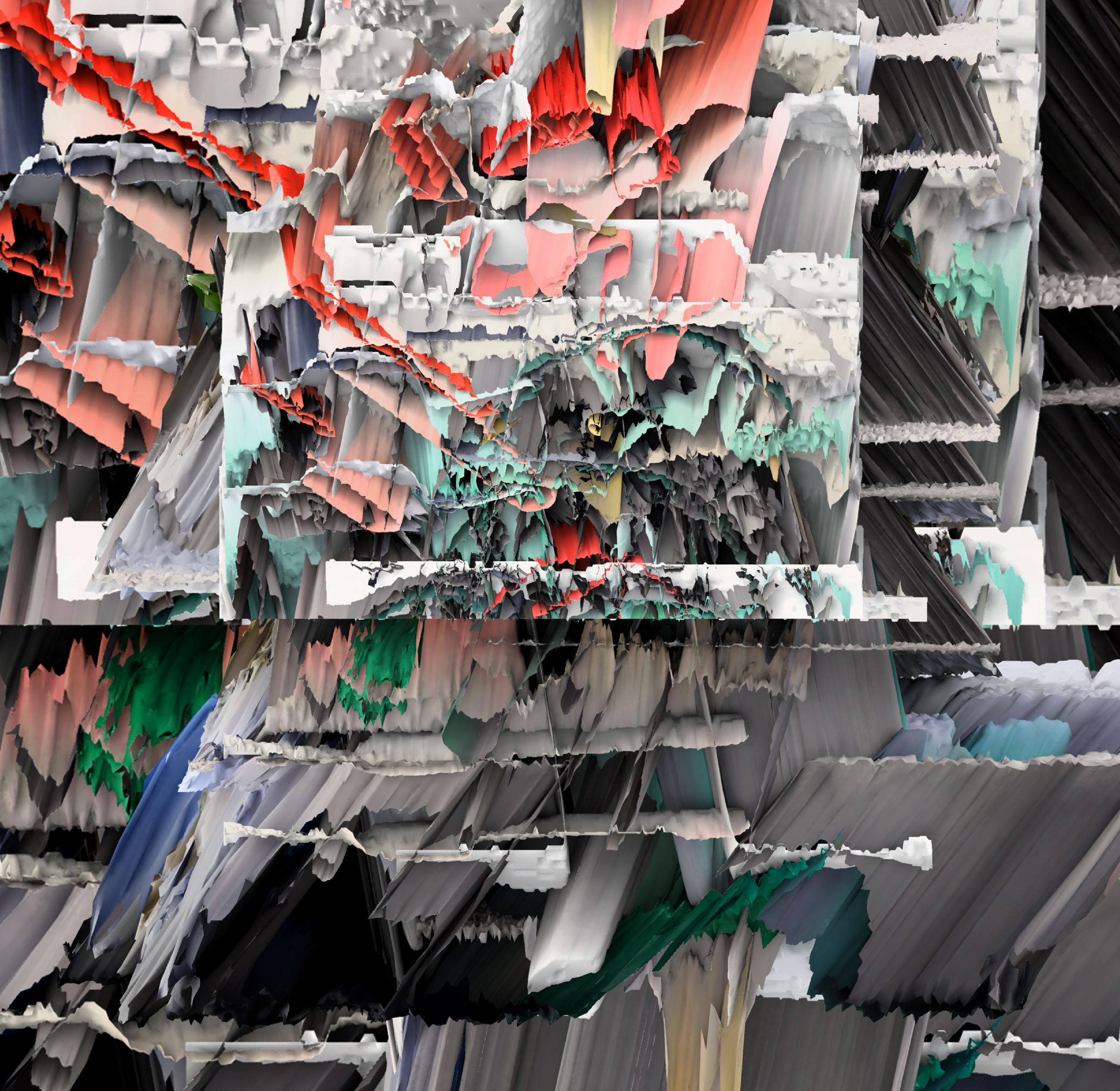 Thomas Parker, also of the Bartlett School of Architecture, UCL, won the Serjeant Award for Excellence in Drawing in RIBA Part 2 for An Architecture of Lumetric Causality.

The UK office of Skidmore, Owings & Merrill (SOM) awarded the SOM Foundation Fellowships UK for RIBA Part 1 to Andrei-Ciprian Cojocaru, of the University of Greenwich.

The project 24 Hour Soho Entertainment Centre offers a visual breakdown of a proposal for a new multi-use building to occupy the site of Berwick Street Market in London’s Soho area, retaining spaces for the market stalls during the day whilst providing performance spaces for the night. 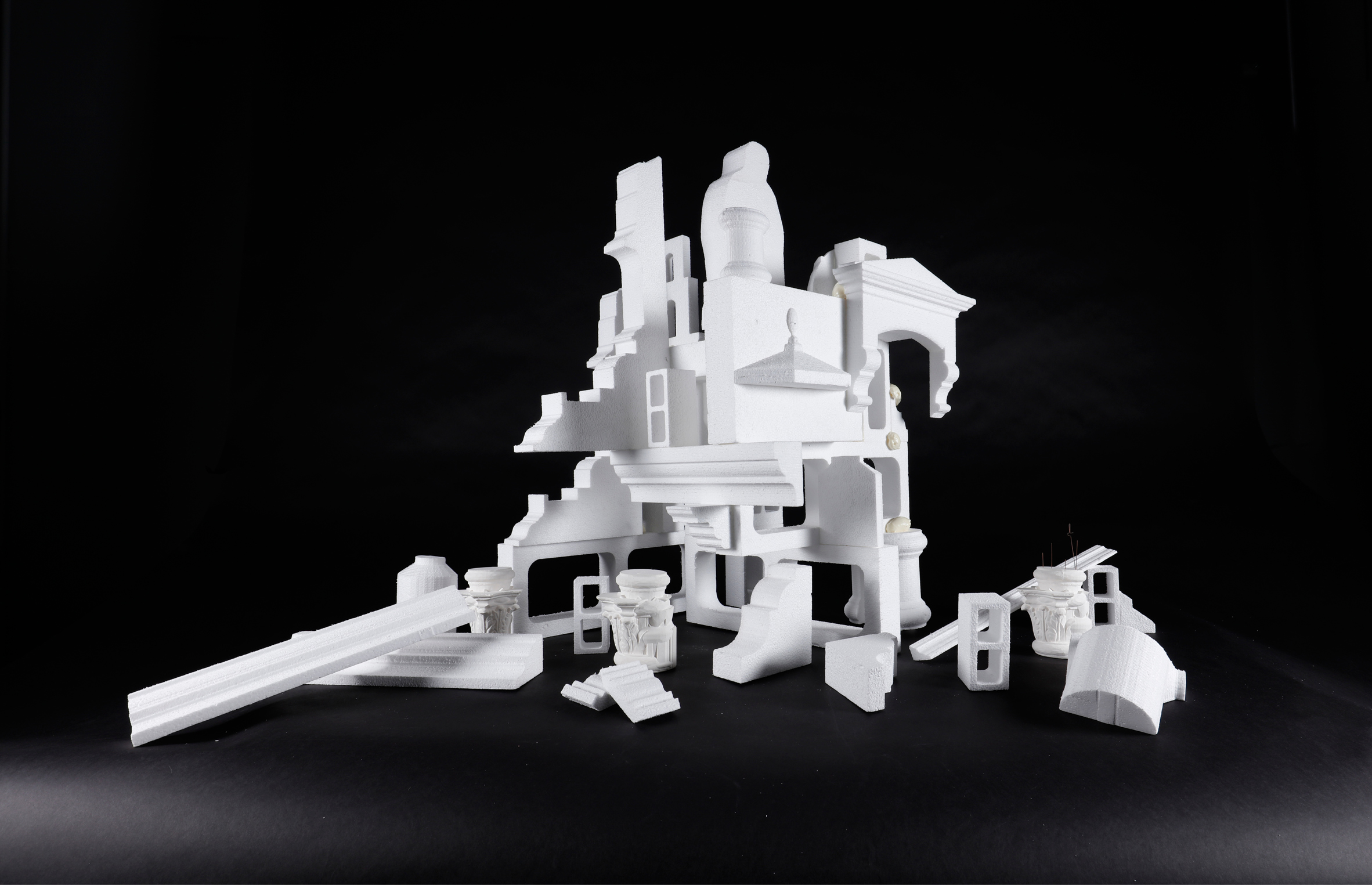 Andres Souto of the Royal College of Art was awarded the SOM Foundation Fellowship for RIBA Part 2 for the project The Aesthetics of Hope & The Newest Basilica of Guadalupe.

Illustrated with a short 3D animated film, Souto speculated how a new religious building for Mexico City could be created using the most downloaded models from open source library 3D Warehouse, where users upload creations made with 3D drawing tool SketchUp. The design for the new Basilica is also free to download from the site. 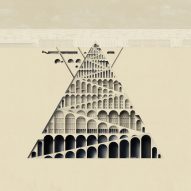