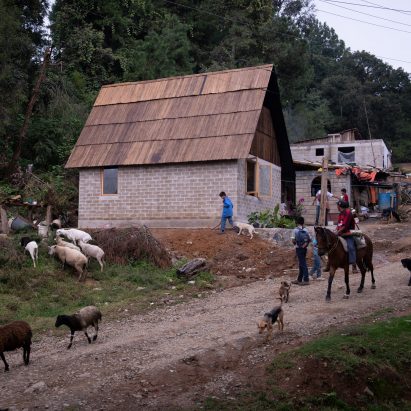 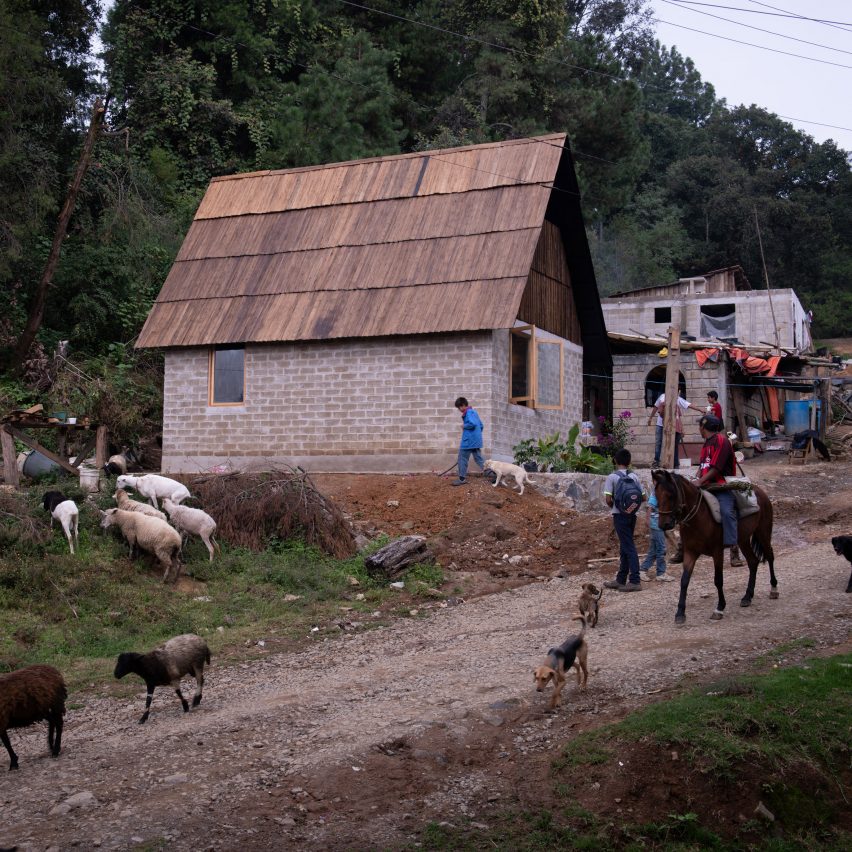 Mexican architect Rozana Montiel waived her fee to design this small house in Ocuilan, Mexico, for a family that was impacted by the earthquake that hit the country in 2017. 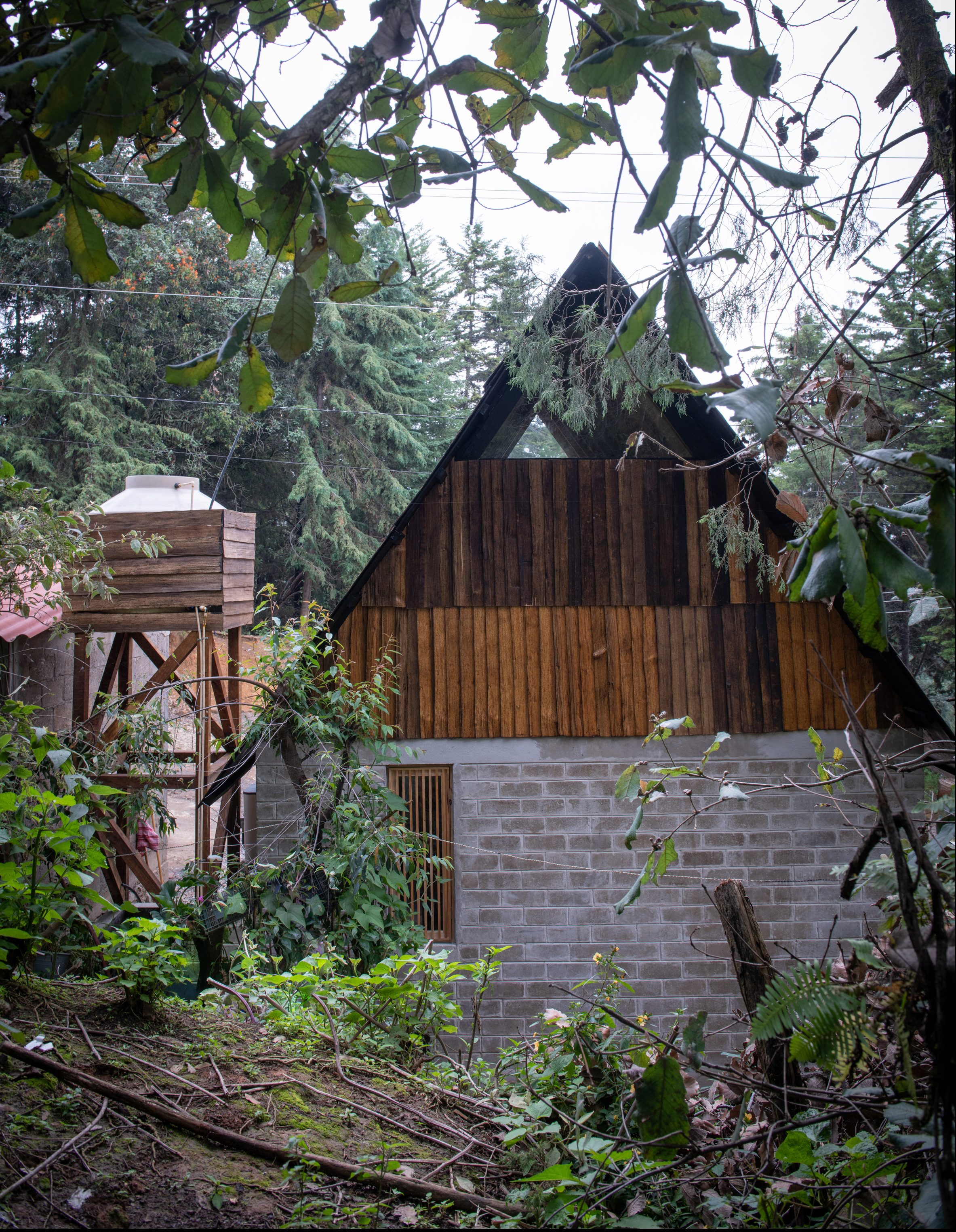 The destruction following the severe earthquake in September 2017 – the strongest quake to hit the country since 1985 – prompted several NGOs to undertake reconstruction efforts.

This project in the small town of Ocuilan was part of an initiative by several of them, in collaboration with Rozana Montiel’s architecture studio. Designed for a single mother with two children, Ocuilan House needed to be built quickly and effectively. 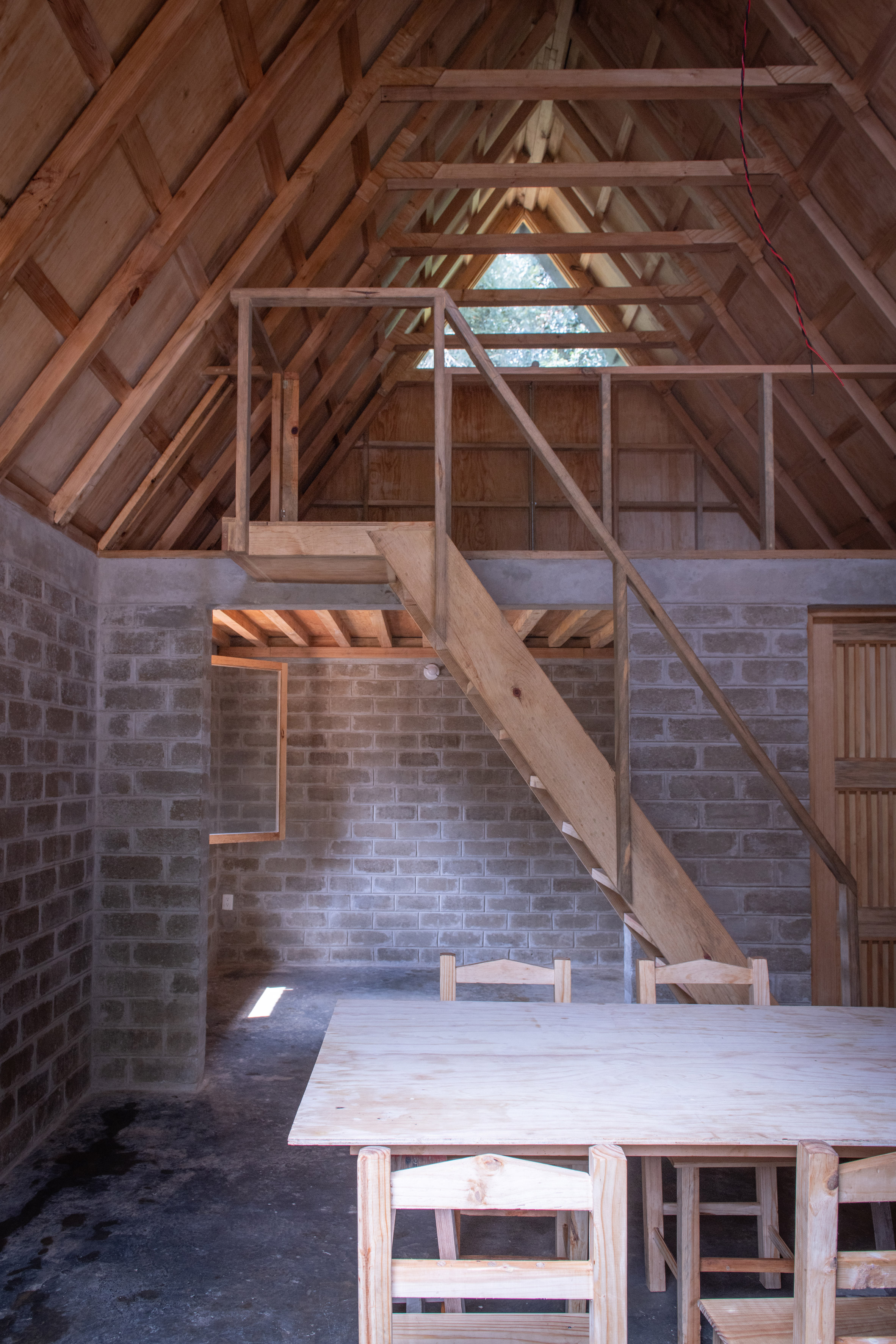 “The plight of destruction made us work really fast,” the studio said in a project description. “Catastrophes are so demanding that their time frames offer an opportunity to work intuitively and efficiently.”

According to the architects, it is a model that could be adapted to other circumstances. “The idea is that we can replicate this prototype in order to create a new consciousness that beauty is a basic right,” it added. 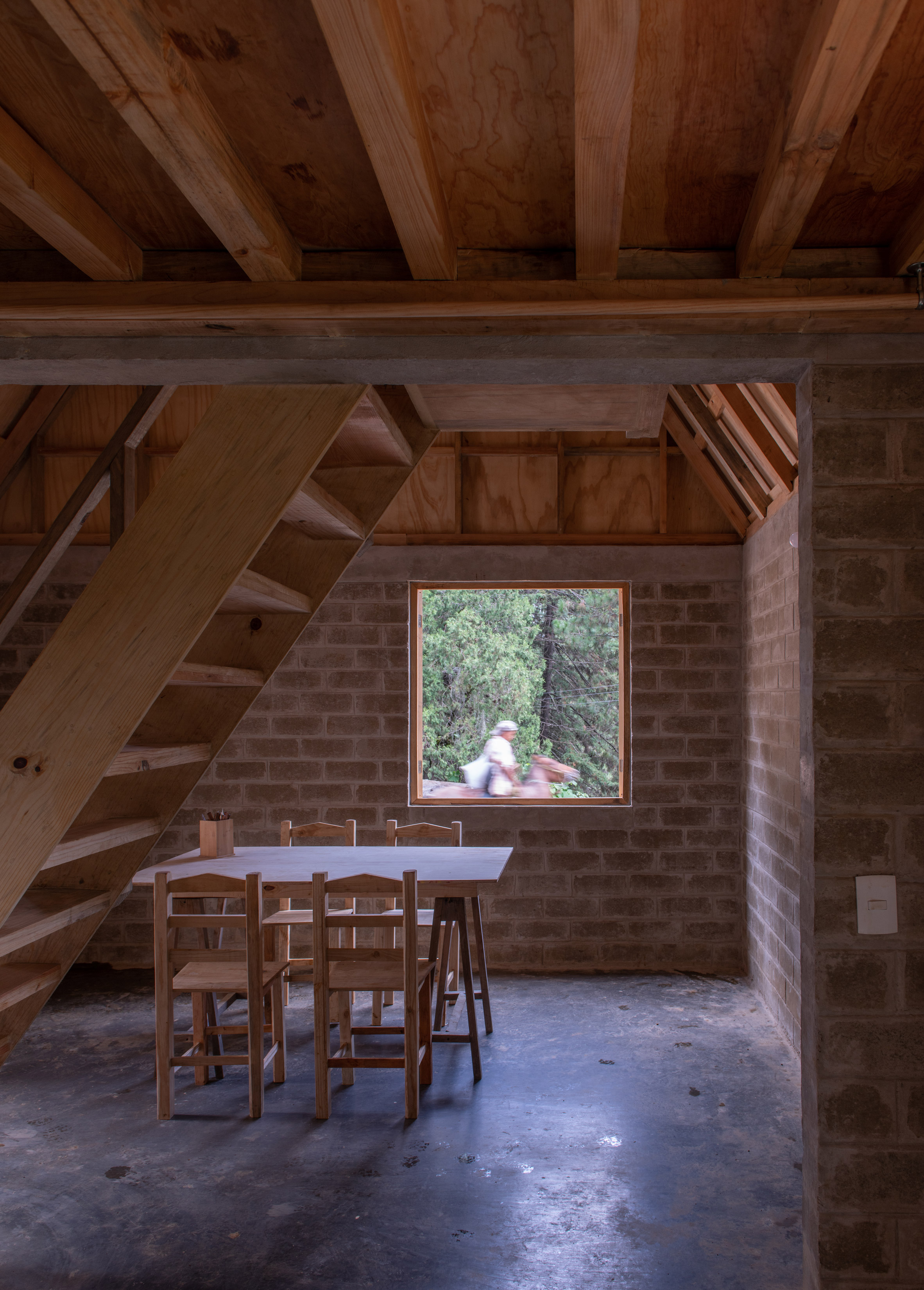 The pitched-roof structure occupies roughly 50 square metres, and includes a communal room, a bedroom at the back, and bathroom on the ground floor, with a lofted sleeping area for the children.

A circular kitchen is located in an outbuilding a few paces from the main structure. 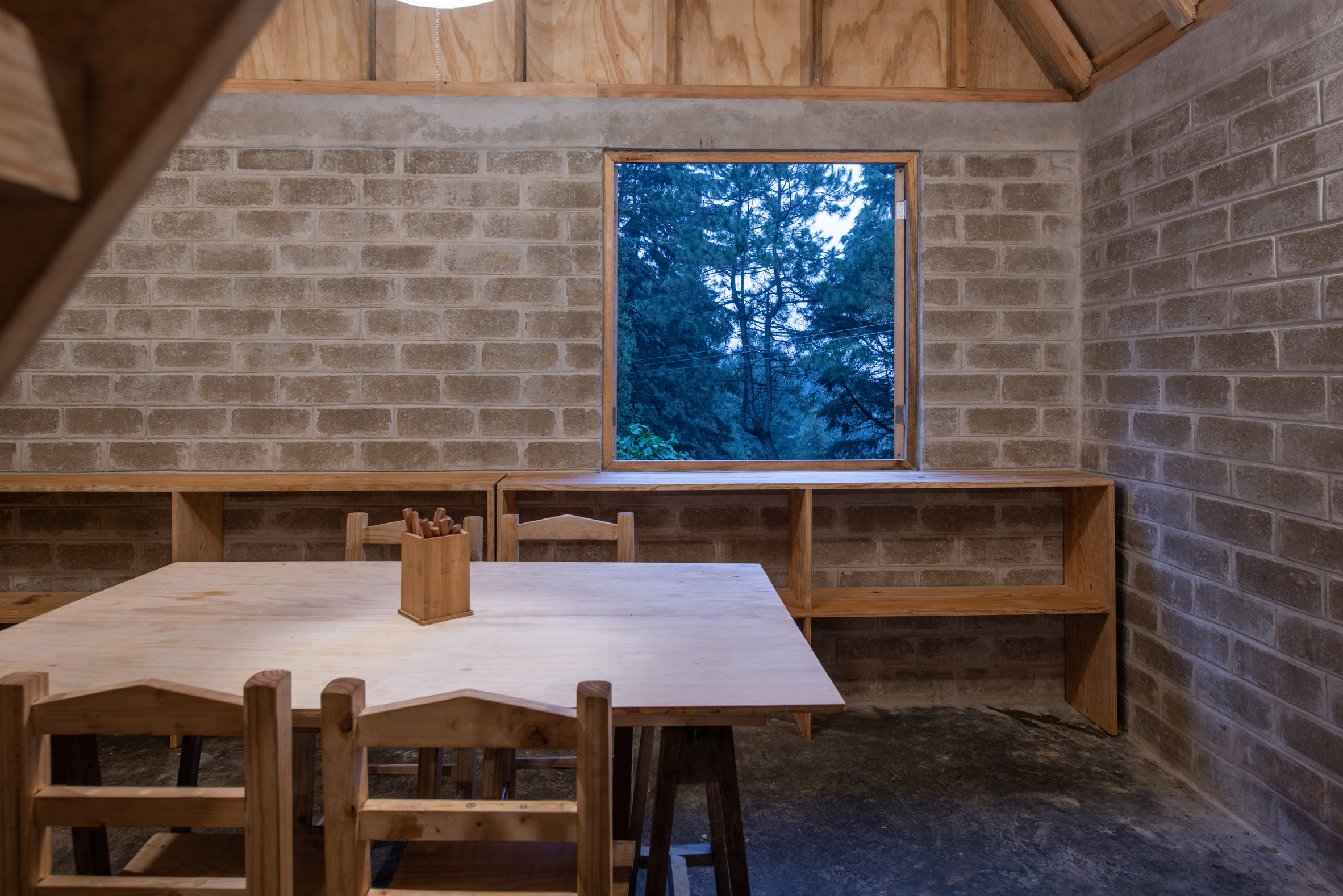 Both building’s outside walls are made of Ecoblock, a construction material similar to concrete breezeblocks, but made of a mixture of cement, lime, and sand mixed in with earth from the surrounding area.

This thick material gives the home better thermal qualities, in addition to being a sustainable choice. 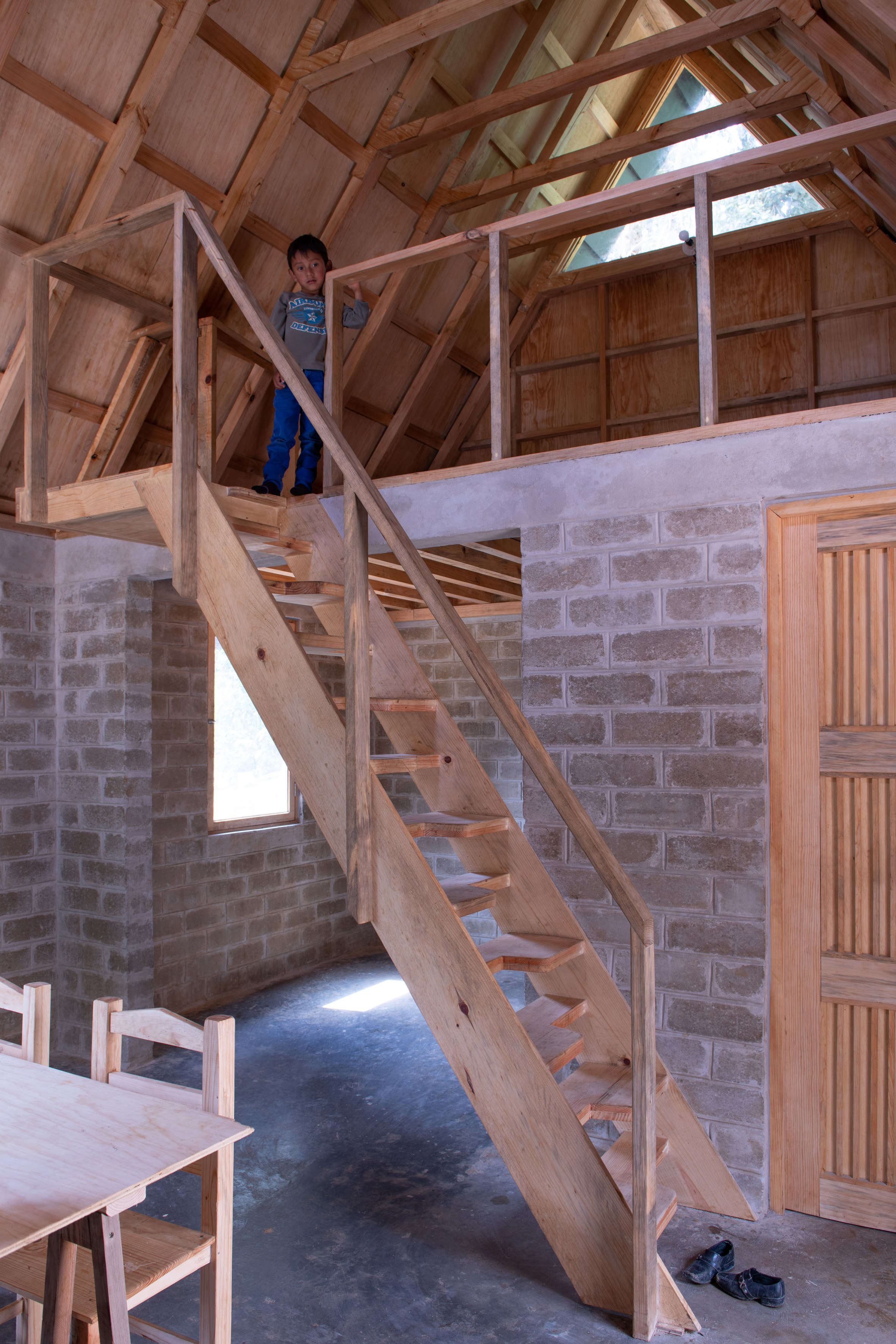 Secondary elements such as the roof, lofted mezzanine, staircase, and furniture were all made of wood, which was chosen for its ease of construction and ready availability.

Rozana Montiel Estudio de Arquitectura looked to vernacular housing forms found in this region for inspiration. According to the studio, the tight timeframe for construction made this a straightforward way to build effectively. 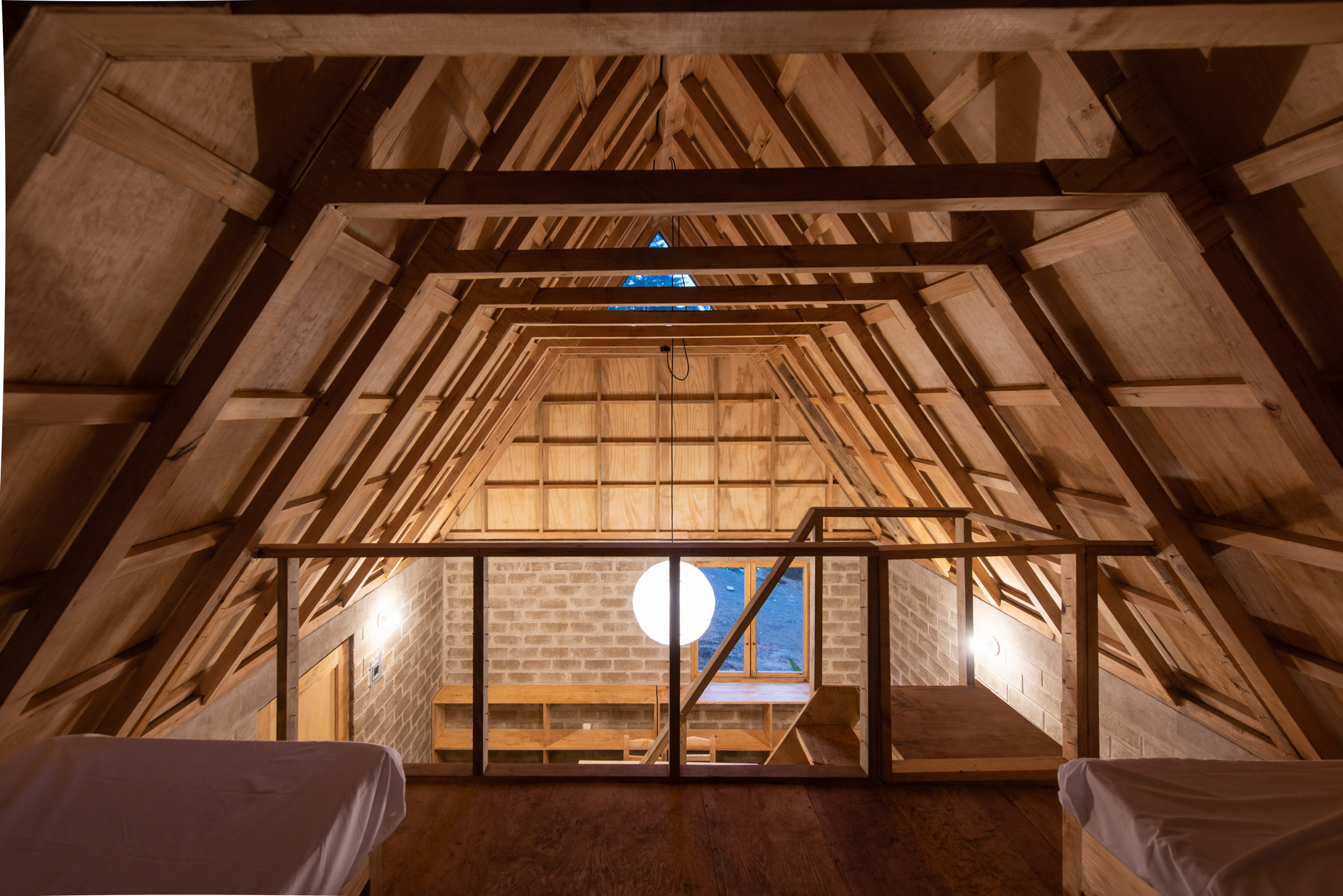 “We turned to local construction practices that had meaning and resonance within this family’s context, and adapted them to maximum budgetary constraints and available materials,” it said. “So, this small home shows how traditional can be modern; vernacular can be innovative.”

The studio has completed a covered play area in the port city of Veracruz that aims to revitalise an existing public space, as well as a lush home in Tepoztlán that was also built with traditional construction materials. 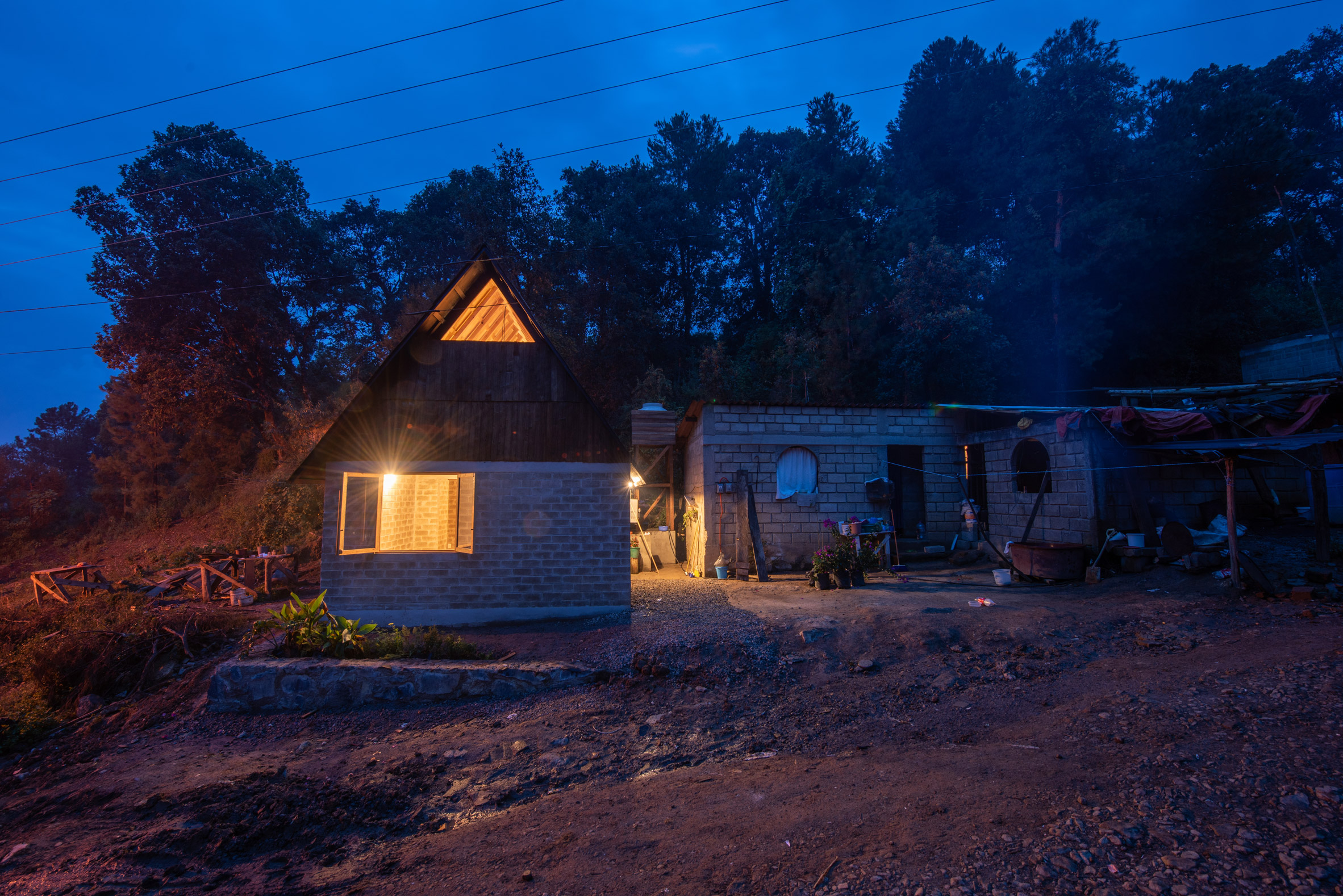 The deadly 19 September 2017 quake, which had an epicentre in the state of Puebla, killed over 350 people. It caused major destruction across the states of Puebla and Morelos, as well as the Greater Mexico City area, where over 40 buildings collapsed.

Studios Lanza Atelier and TO, and architect Alberto Odériz are also building a community centre in Ocuilan as part of reconstruction efforts. The project will be built from stacks of earthen blocks, some of which the team used to erect a small pavilion during last year’s Design Week Mexico.