Black and white tiles, brick arches and wooden furniture all help to create a welcoming ambience at this social space in Monterrey by Mexican studios Communal and OTRA Arquitectura.

The 340-square-metre Salón Sociedad was created for employees of drinks corporations FEMSA, which is the world’s largest bottler of Coca-Cola, and Heineken México, formerly known as Cervecería Cuauhtémoc-Moctezuma. 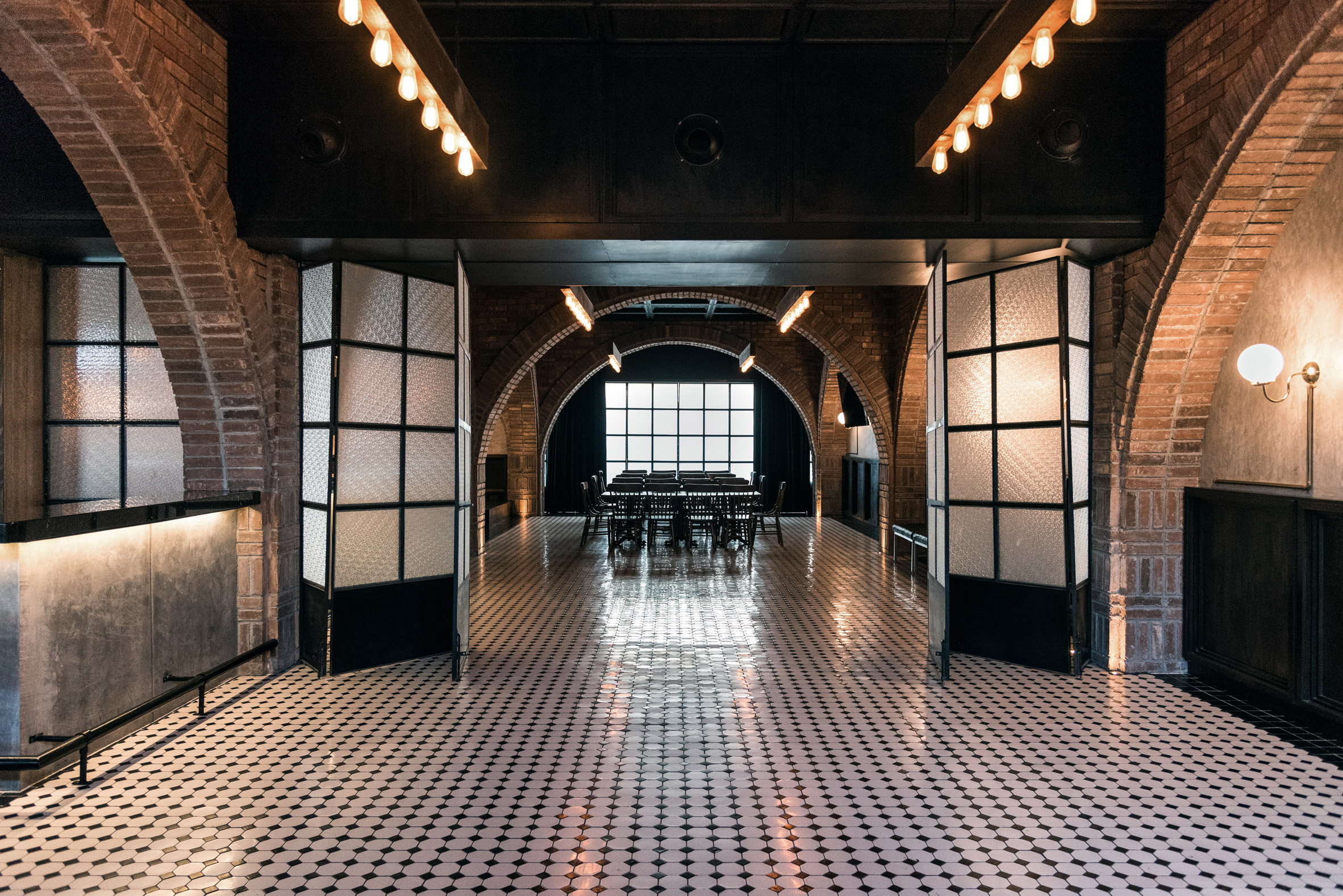 These large enterprises historically encouraged workers and families at their Monterrey headquarters to socialise together, bolstering moral and a sense of community.

“That’s why in 1918 they founded Sociedad Cuauhtémoc y Famosa, also known as SCYF, which brings to their personnel and families a space of leisure, sports and recreation,” said Communal, which worked with OTRA Arquitectura on the project. 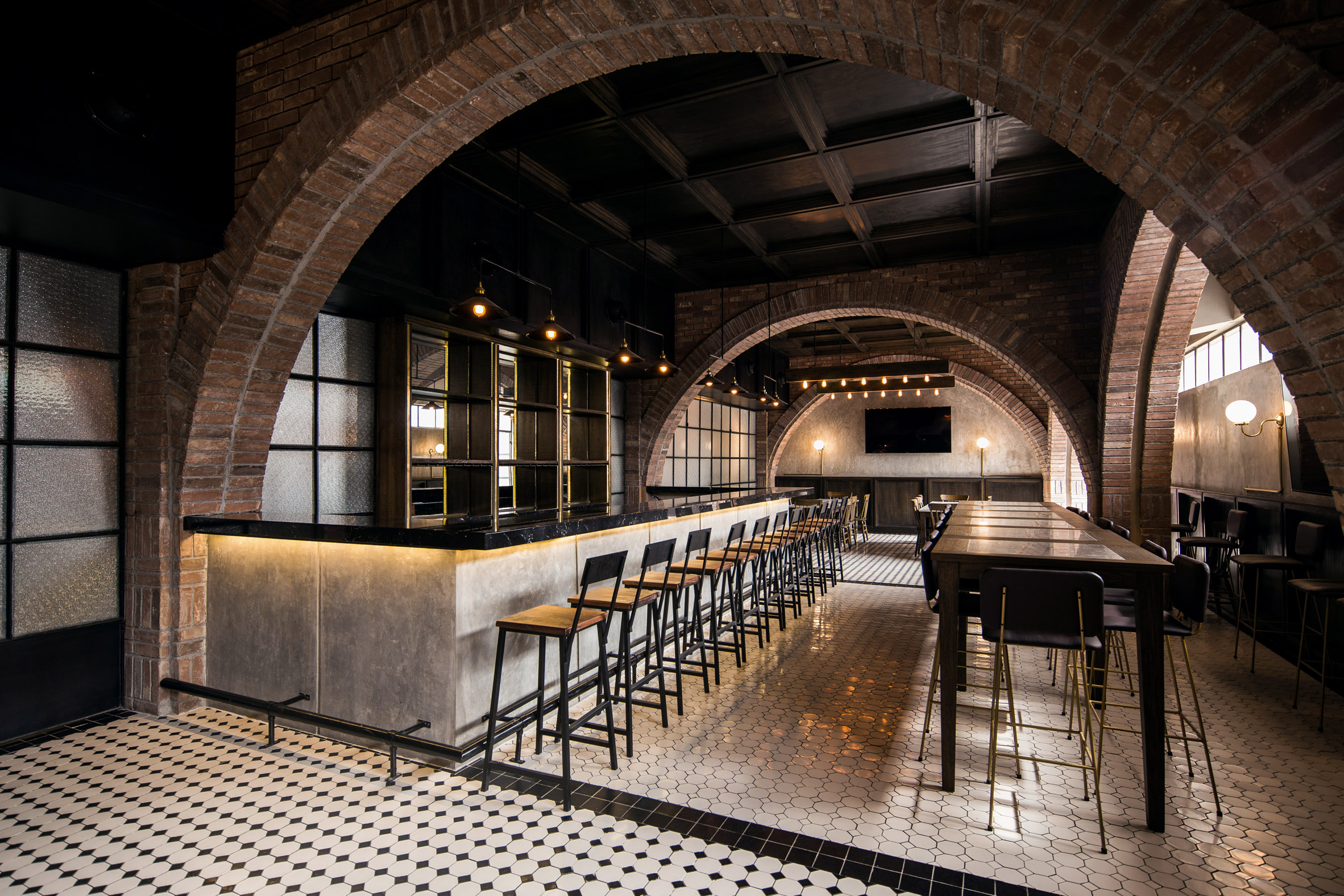 Aiming to recreate the spaces once used by the society, the studios chose a material palette that evokes rustic charm with a contemporary twist.

Partitions comprising square panes of translucent glass concertina open at the entrance. The glazed panels mimic the large windows at the back of the room, which bring natural light into the dimly lit space. 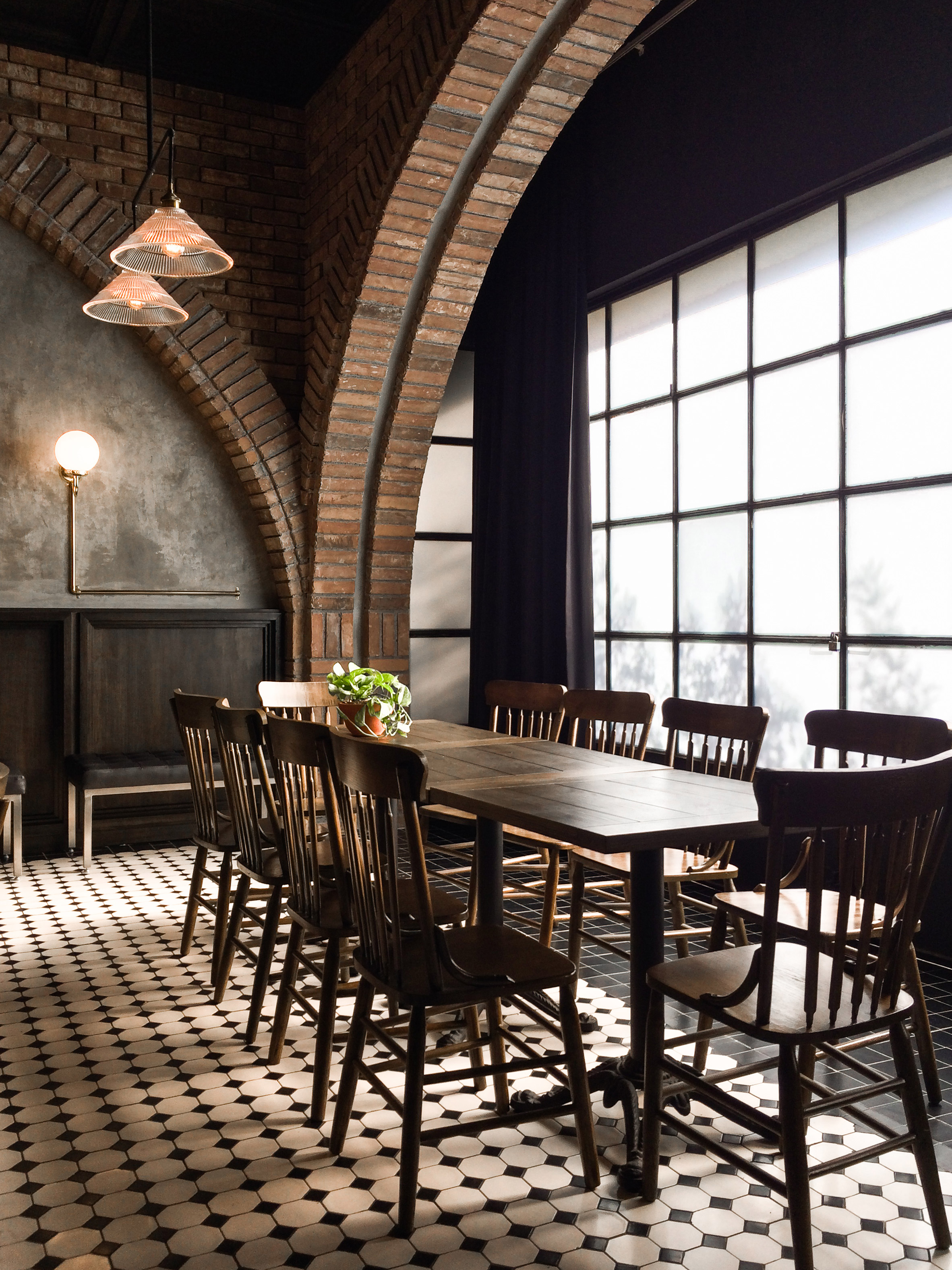 Exposed brick arches divide up the floor plan, and also run along the perimeter of the space. The arches are infilled with concrete on the sides, but are left open at the back to frame windows.

A bar is positioned at the centre of the salon, while surrounding tables arranged in long lines are intended to create a “family environment”. 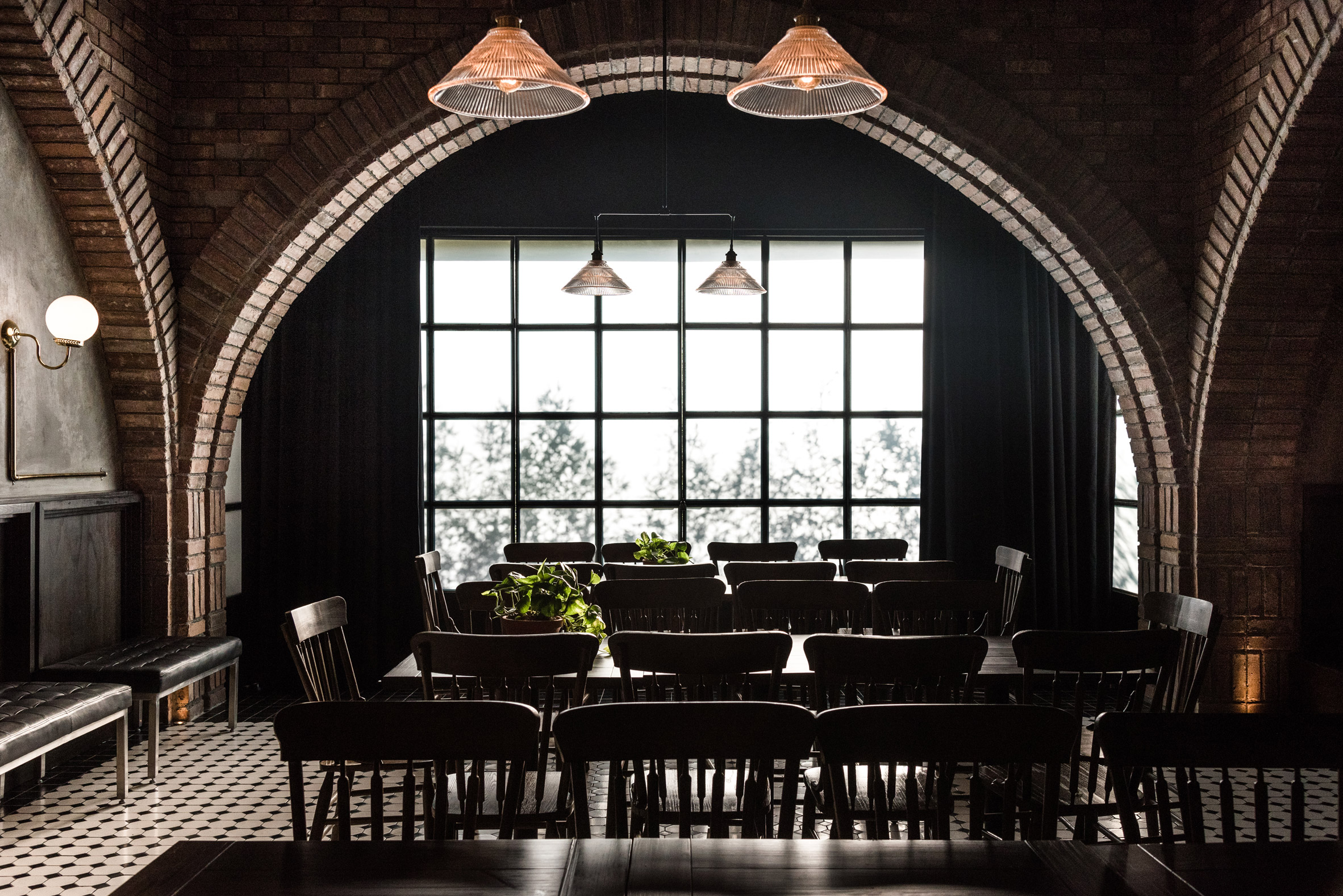 The wooden seats used in the salon are versions of the Malinche chair, made in Monterrey by furniture company Muebles Malinche.

Cervecería Cuauhtémoc produced branded versions of the designs and sold them cheaply to local bars, so they became prolific around the city. 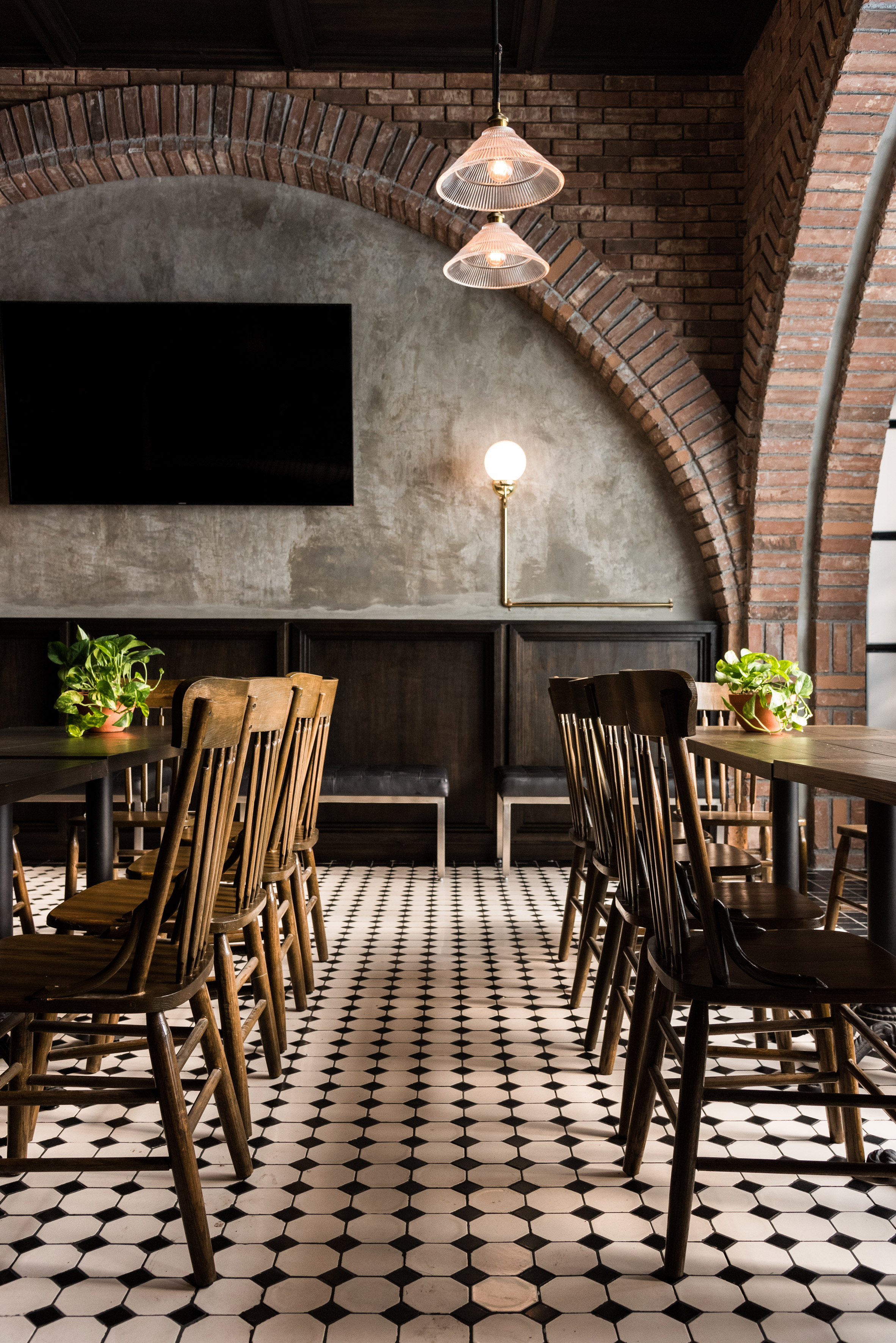 A simple pattern of larger white and smaller black tiles covers the floor, adding to the impression of being in a kitchen or local restaurant.

The intimate mood of the salon is heightened with overhead lines of filament bulbs and globe-shaped wall lights that provide a soft glow. 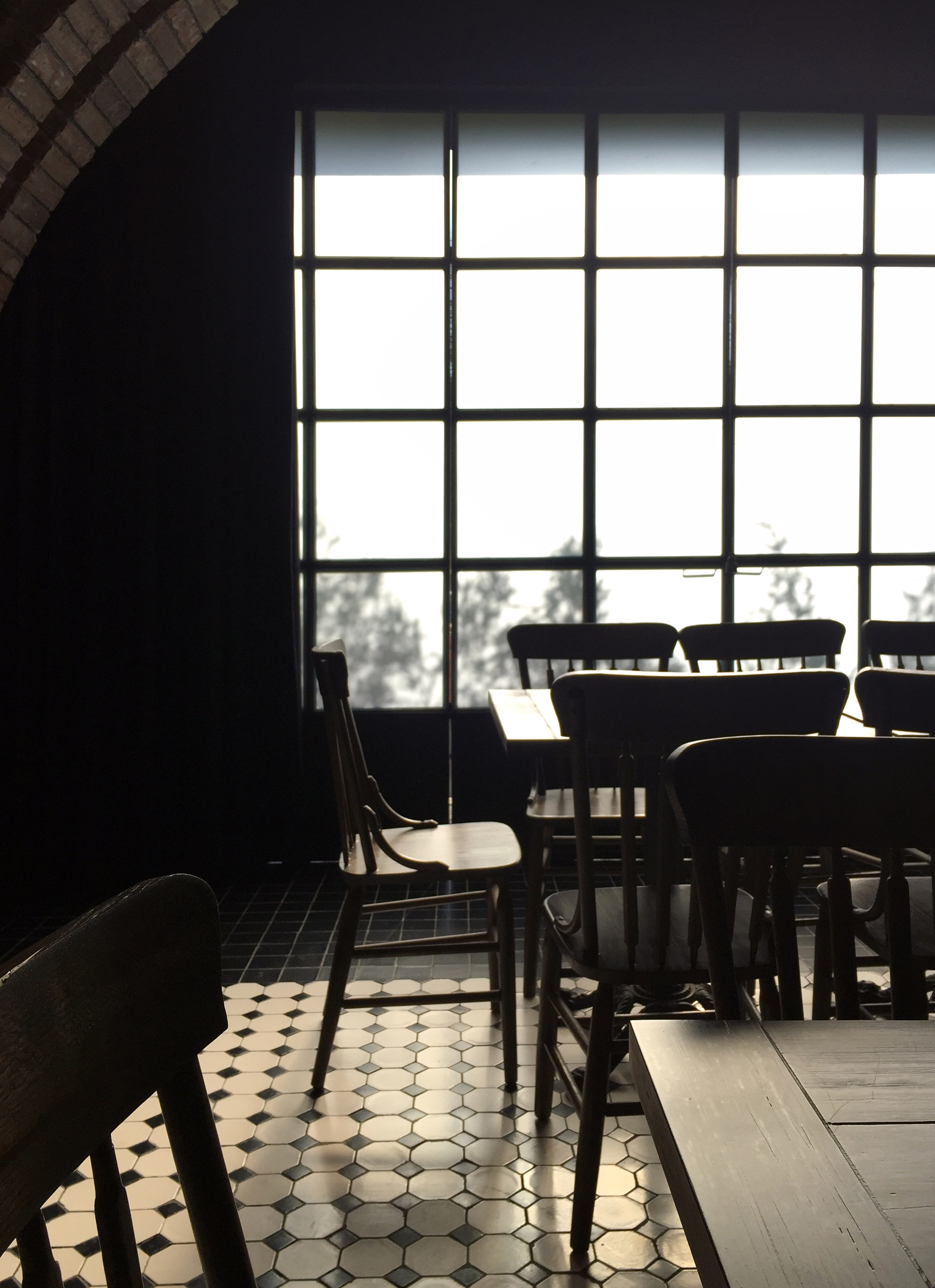 “Salón Sociedad, through the companies’ iconic motifs and materials, aims to create a vivid and warm space that recalls the legacy of their founding corporations,” Communal said.

Dark interiors are on the rise as designers aim to create cosy hospitality spaces. A restaurant in Copenhagen and a co-working space in Stockholm are among recently completed examples.

Photography is by José Pablo Villarreal and Agustín Landa Ruiloba.