‘la samaritaine’ was a large department store in paris, which once occupied four buildings at the heart of the french capital. situated between the louvre and notre-dame, the store’s various art nouveau and art deco structures closed for safety reasons in 2005. a decade later, work began on a renovation project — led by japanese firm SANAA and édouard françois — that would completely transform the complex. once complete in 2020, the site will include a department store, a 5-star 72 room-hotel, 96 social housing units, offices, and a children’s nursery. 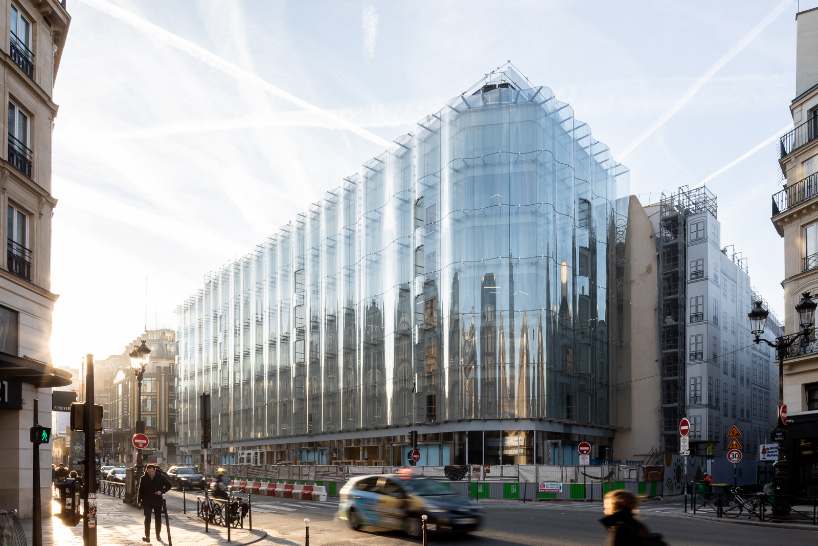 with construction now well underway, photographer salem mostefaoui visited the site to document its current state. the redevelopment of la samaritaine involves the conversion of four buildings — all owned by LVMH. at the center of the site are two art nouveau buildings completed by frantz jourdain in the early 1900s — one topped with an impressive glass roof that shelters a five-storey atrium. bookending the site is an art deco extension realized by henri sauvage in 1928 and a grouping of residential buildings that date back to the 17th century. 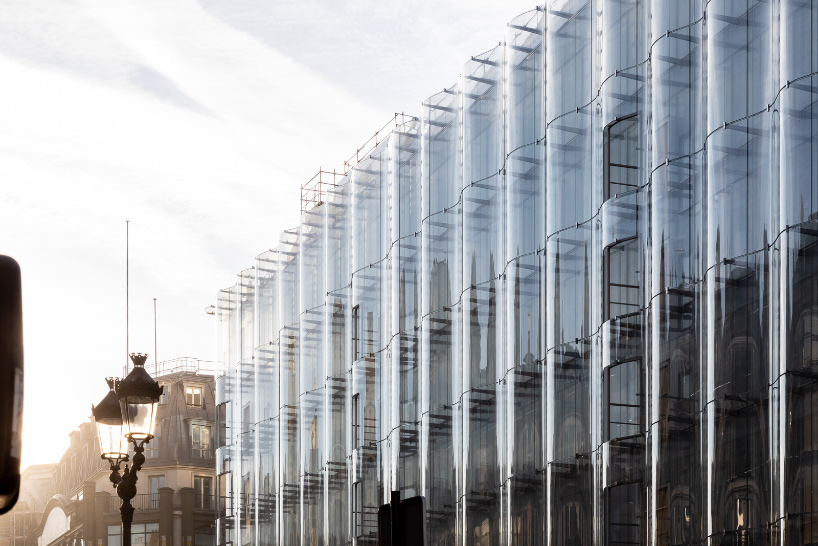 as part of the renovation, all of the site’s historic façades are being restored to their former glory. along the rue de l’arbre-sec, jourdain’s multi-colored enameled tiles, once hidden beneath a stone-colored wash, are gradually being revealed. the most eye-catching addition to the site is a new façade designed by SANAA. the visually contrasting elevation develops a dialogue between indoors and out, softening the scale of the building behind it. located on rue de rivoli, the façade adjoins the 17th century residential buildings, which are undergoing refurbishment to provide social housing. 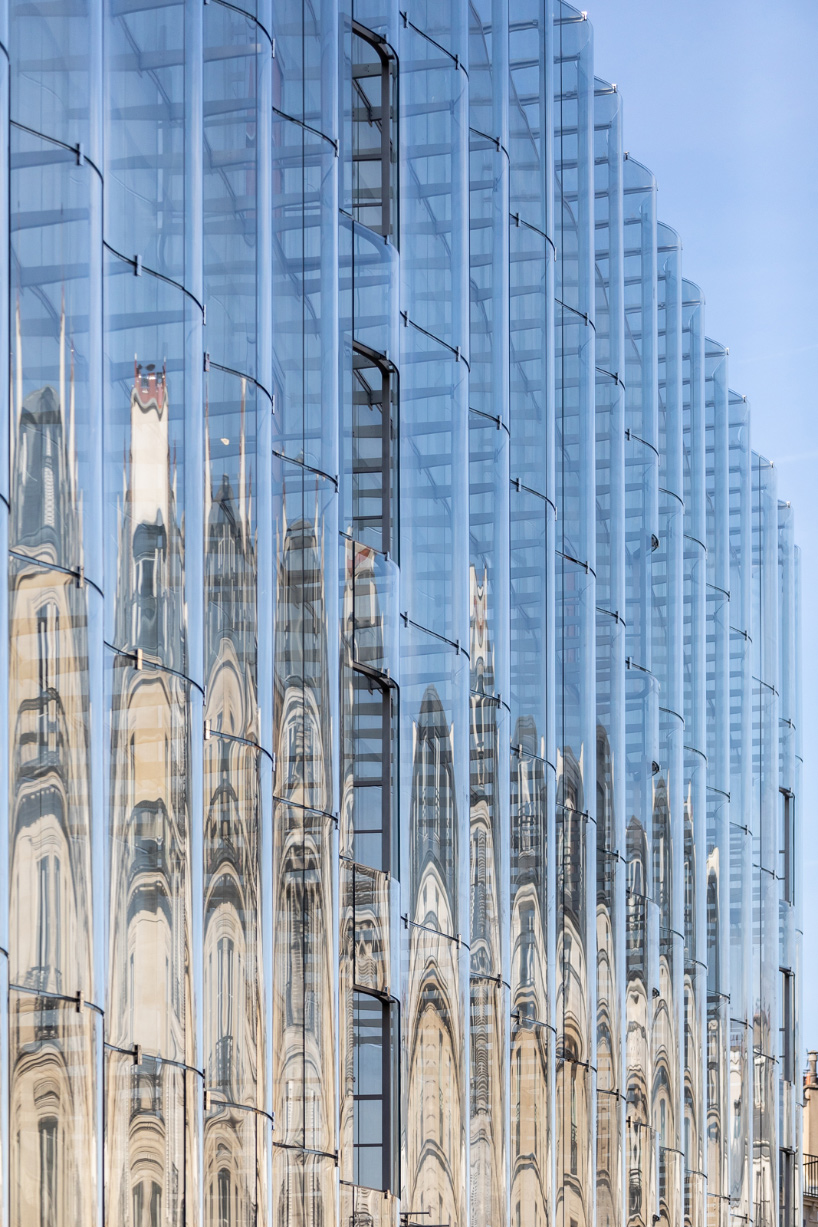 SANAA’s intervention serves as the entrance to the department store, which spans the lower levels of three of the site’s four buildings. the retail areas culminate in the grand glass-roofed atrium inside one of the frantz jourdain-designed buildings, complete with its restored monumental staircase. meanwhile, paris-based architect édouard françois is responsible for transforming the henri sauvage building into a cheval blanc hotel overlooking the river seine. 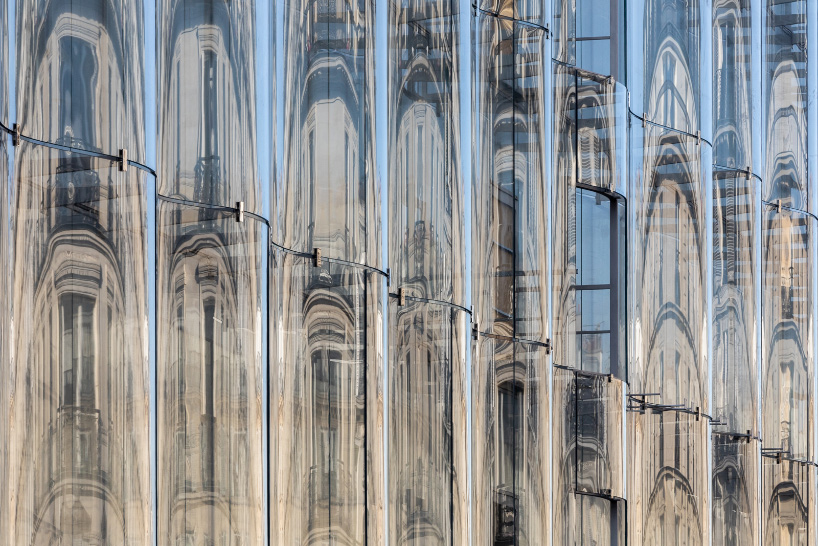 the cladding distorts reflections, presenting an abstract view of the city

further residences will be contained within the other jourdain-designed building, where an early childhood center for up to 80 infants will occupy the second and third floors. offices will be found at the upper storeys of the same building, and will also occupy the rivoli building — including the space behind the SANAA-designed façade. 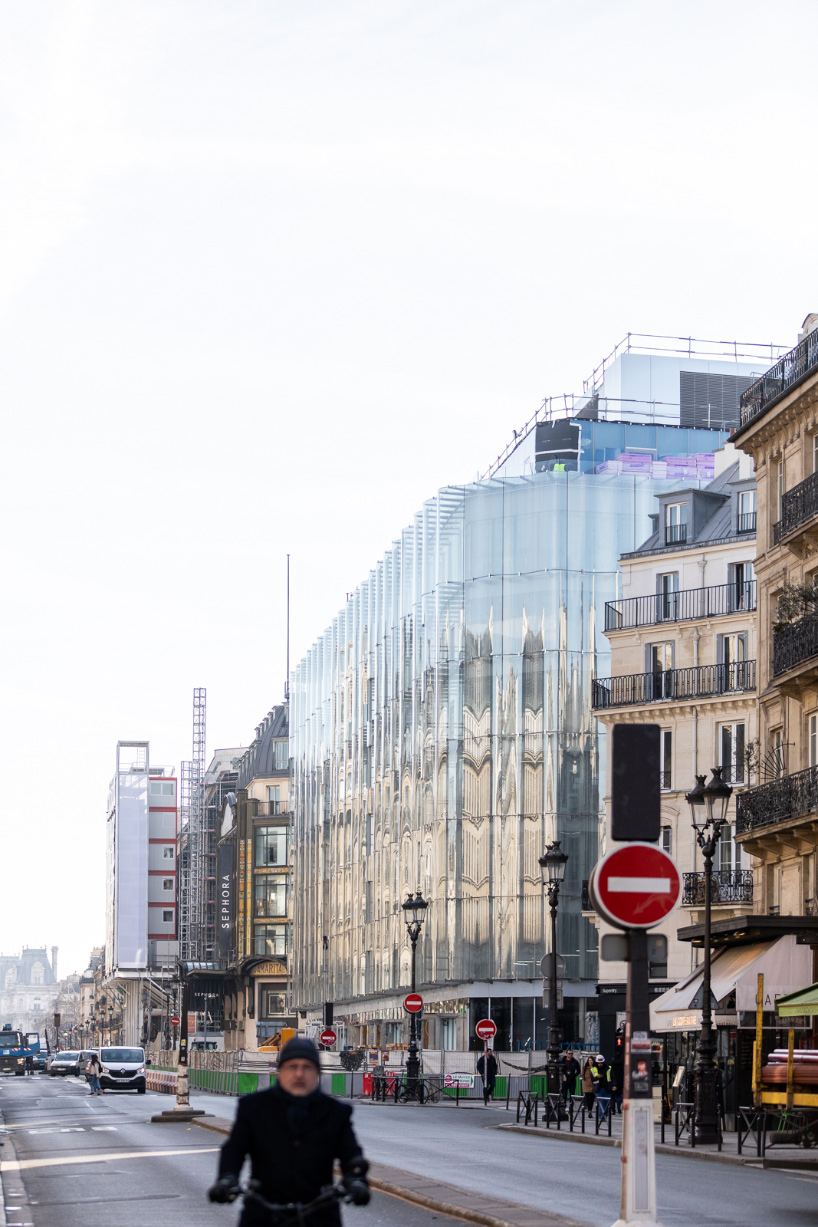 offices and retail areas are found behind the new elevation

the redevelopment involves replacing the site’s current inflexible layout with a configuration that promotes circulation and natural light. la samaritaine’s new architectural identity has been conceived as a juxtaposition of creation and preservation, with a keen focus on environmental sustainability. it is estimated that the renovation project will create 4,400 jobs in the neighborhood, with the revitalized department store set to welcome up to 30,000 daily visitors once it opens in 2020. see designboom’s previous coverage of the project here. 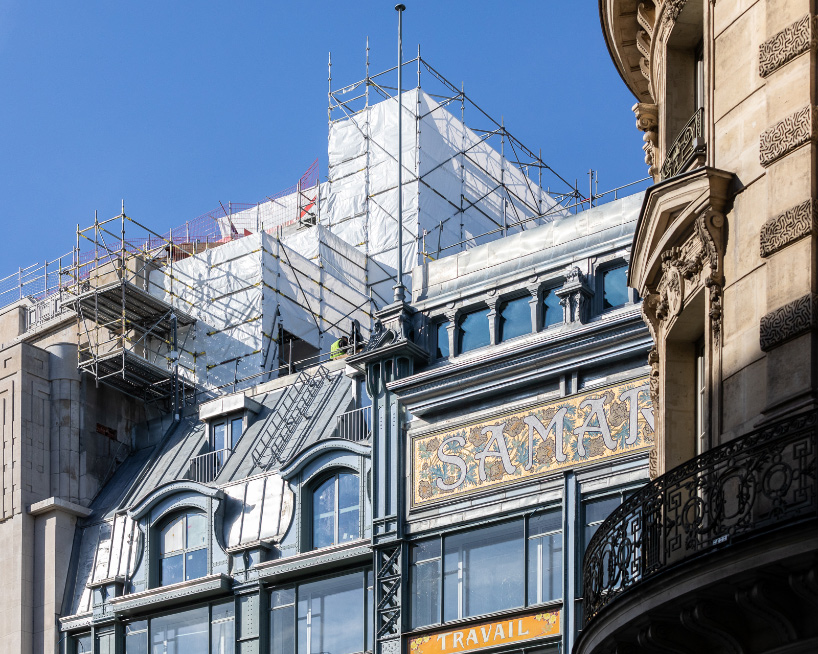 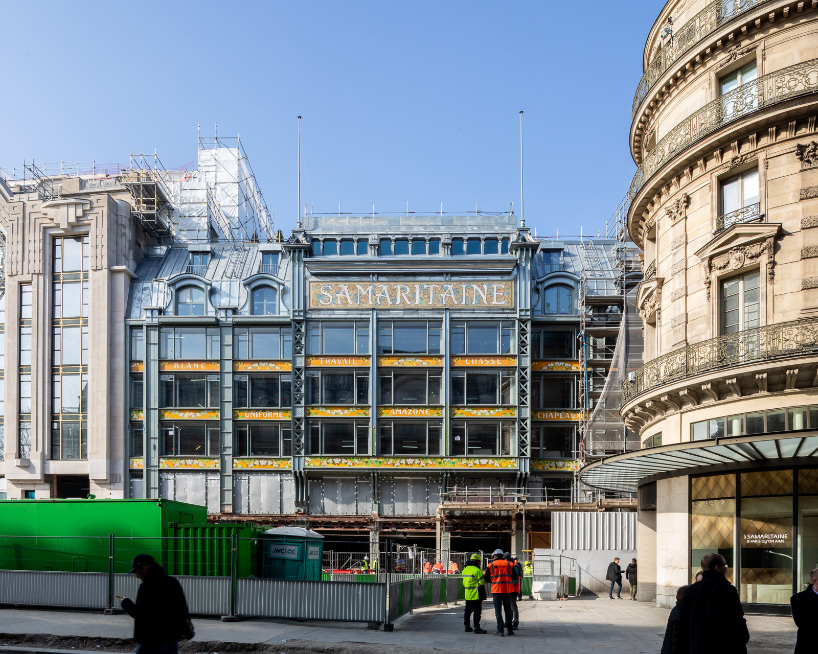 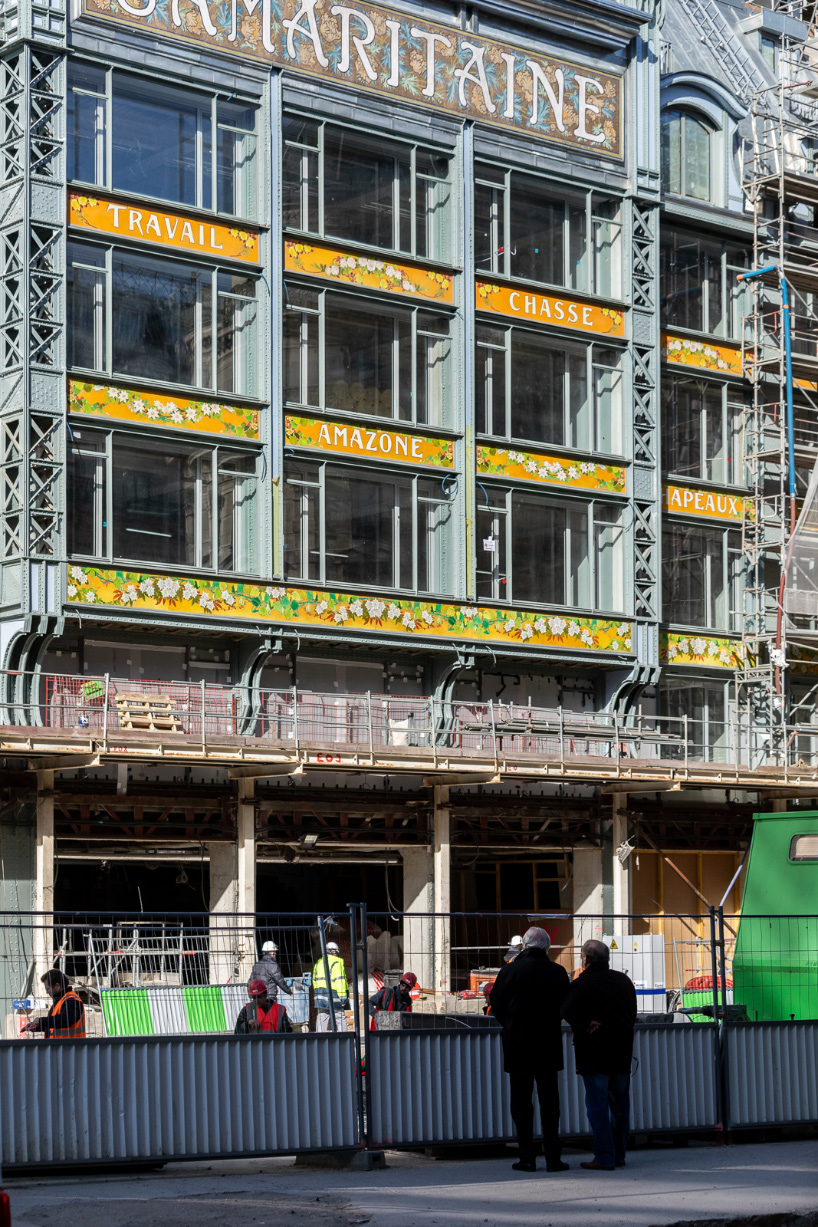 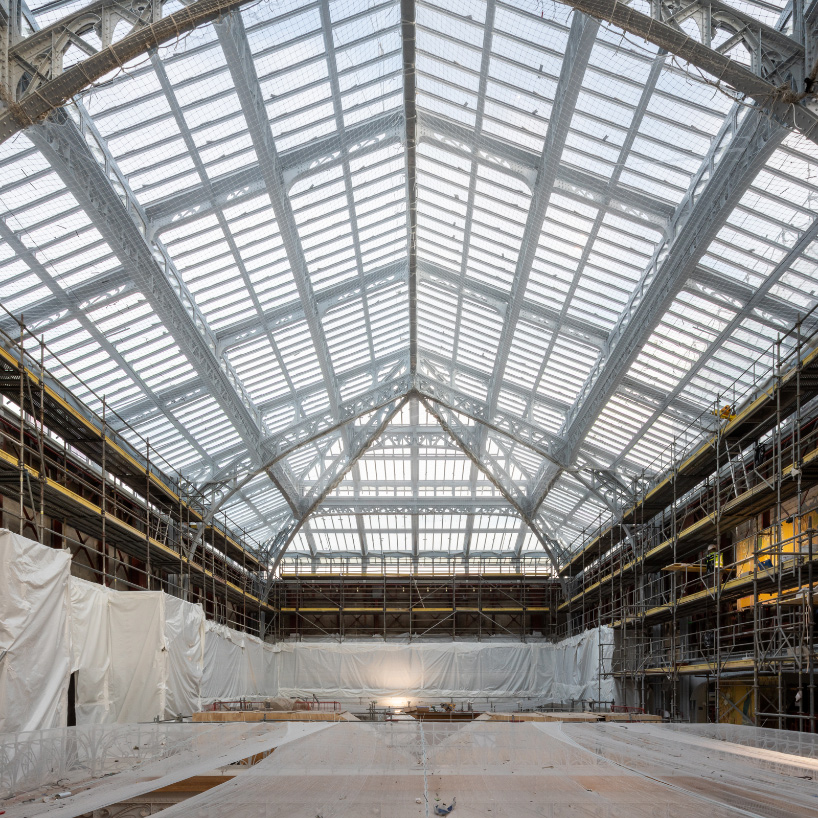 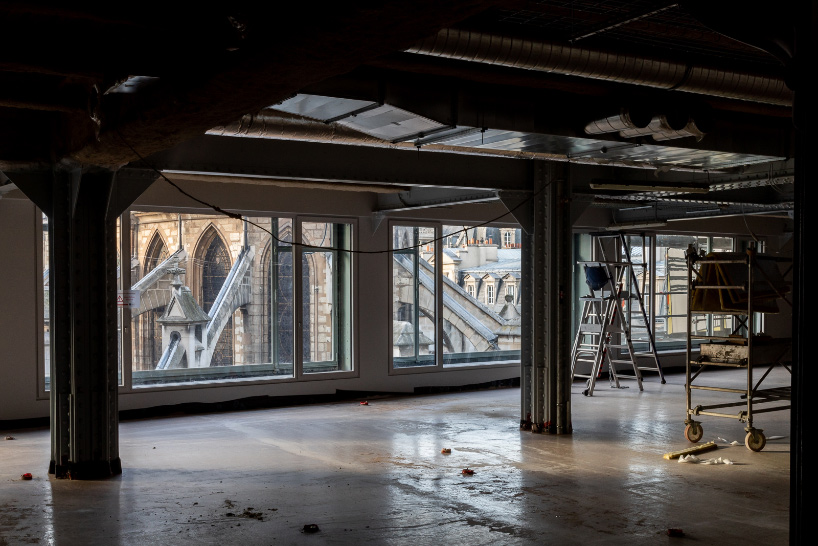 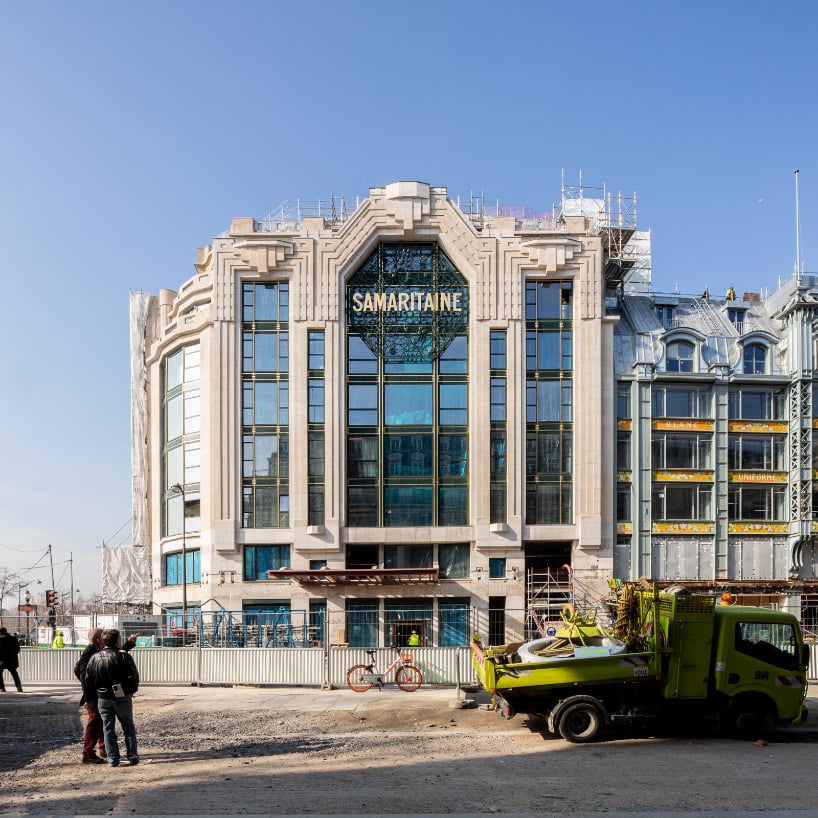 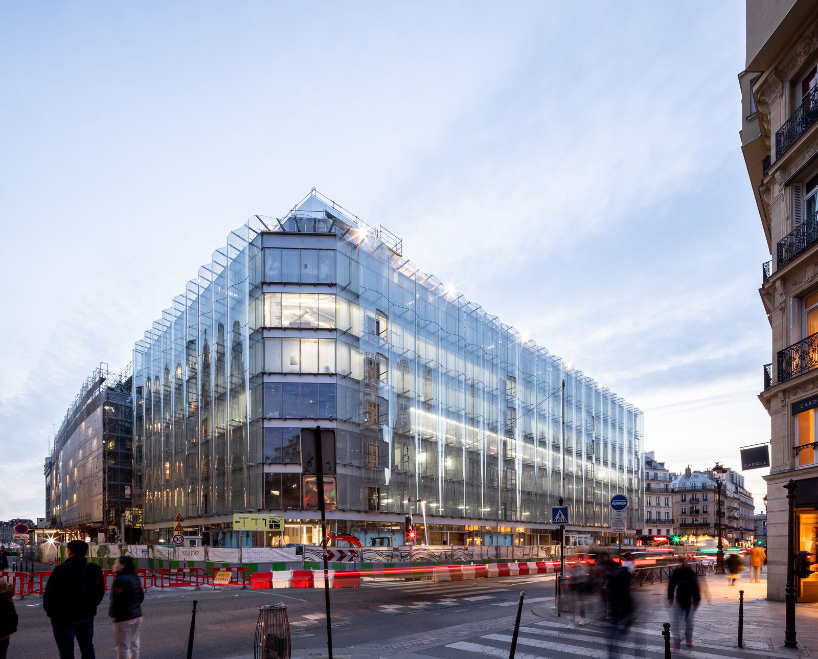 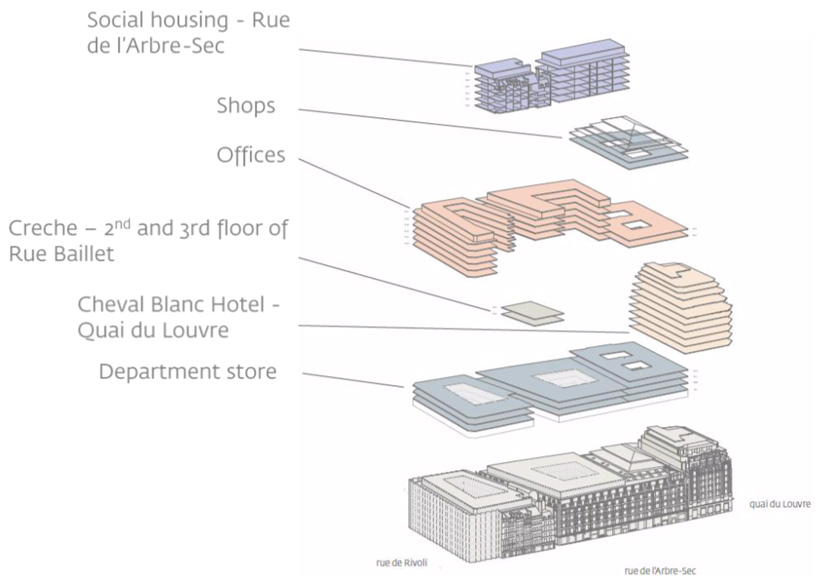 layout of the site’s numerous programs