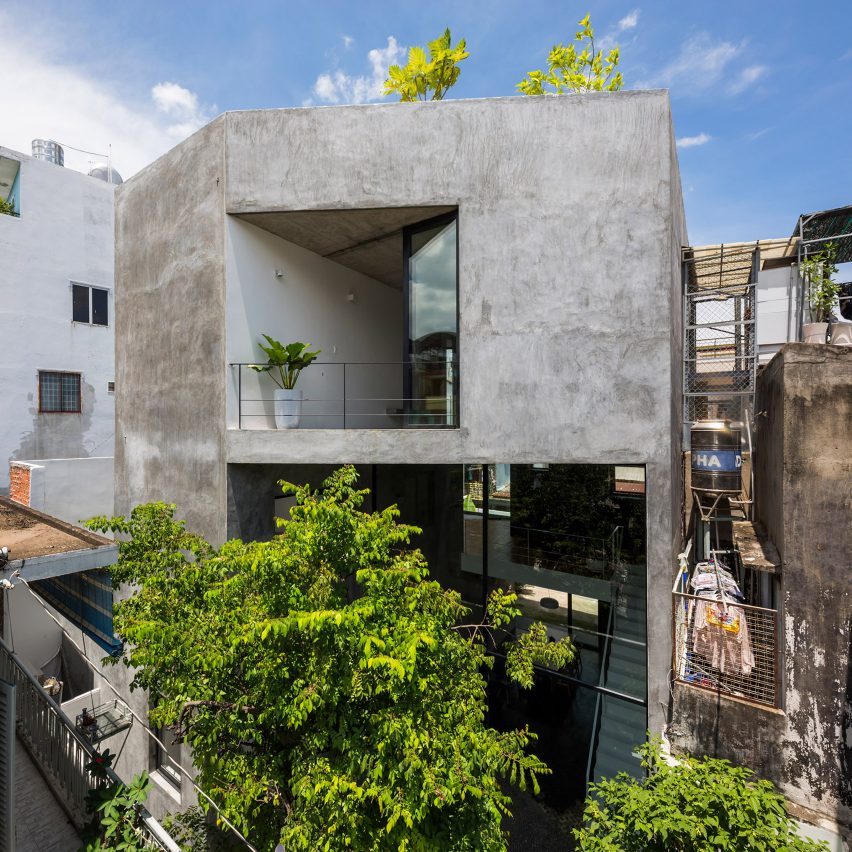 NGA House is surrounded by one to three-storey buildings linked by a web of narrow alleys, where adjacent houses cast shadows over one another and block views. 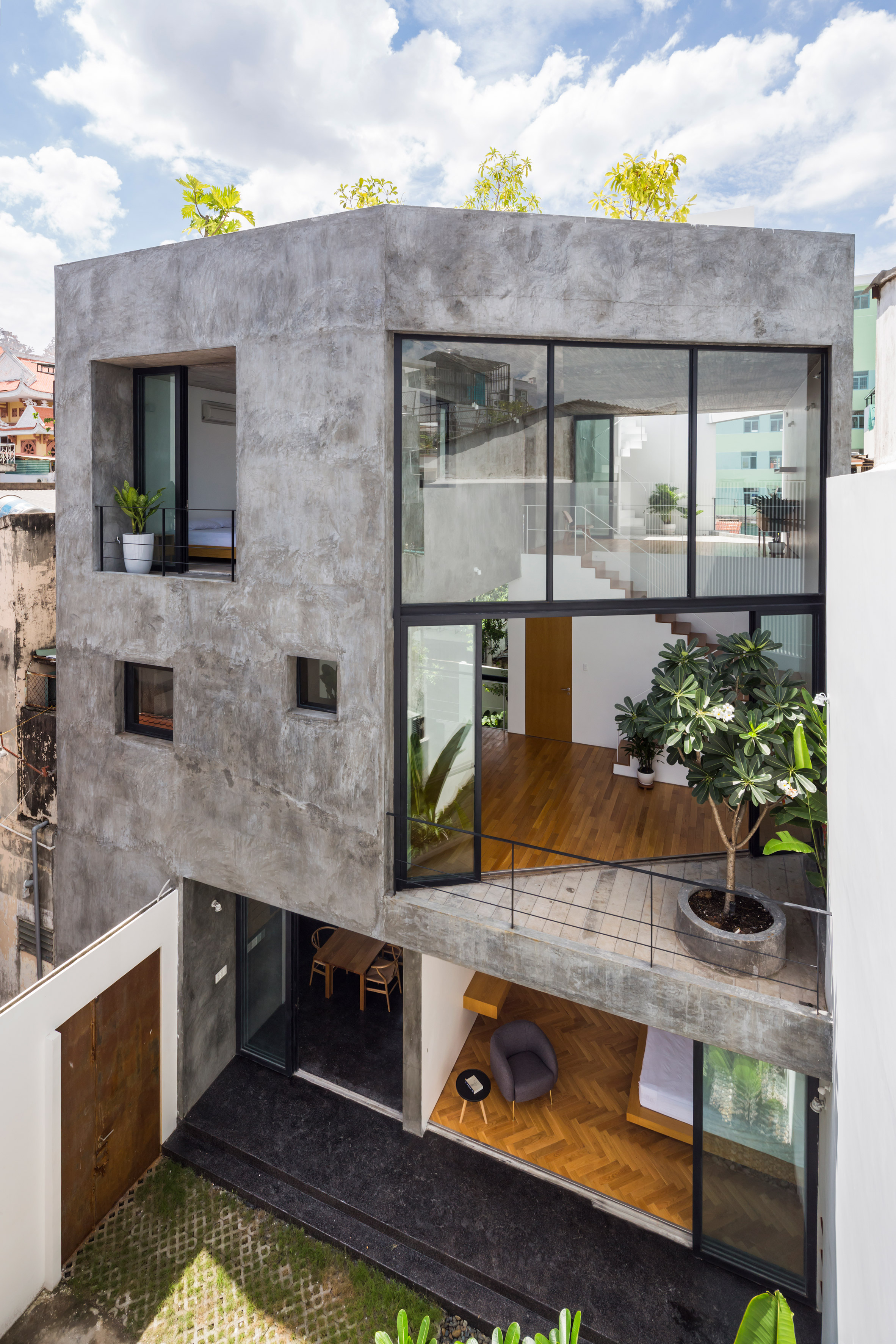 Sanuki Daisuke Architects filled the site with as large a volume as possible, then cut its corners according to sunlight studies that determined where light could effectively be brought in without overheating the interior.

“We envisioned this building as a three-dimensional garden, where the wind and sunlight travels constantly from the outdoors through every open entrance in the building,” said the studio. Common areas between rooms have been merged into a single continuous space to avoid compartmentalisation. This space shifts between single and double-height as it moves up the house.

A total of five bedrooms, spread across each floor, are arranged around this central space, and are more enclosed to offer privacy. 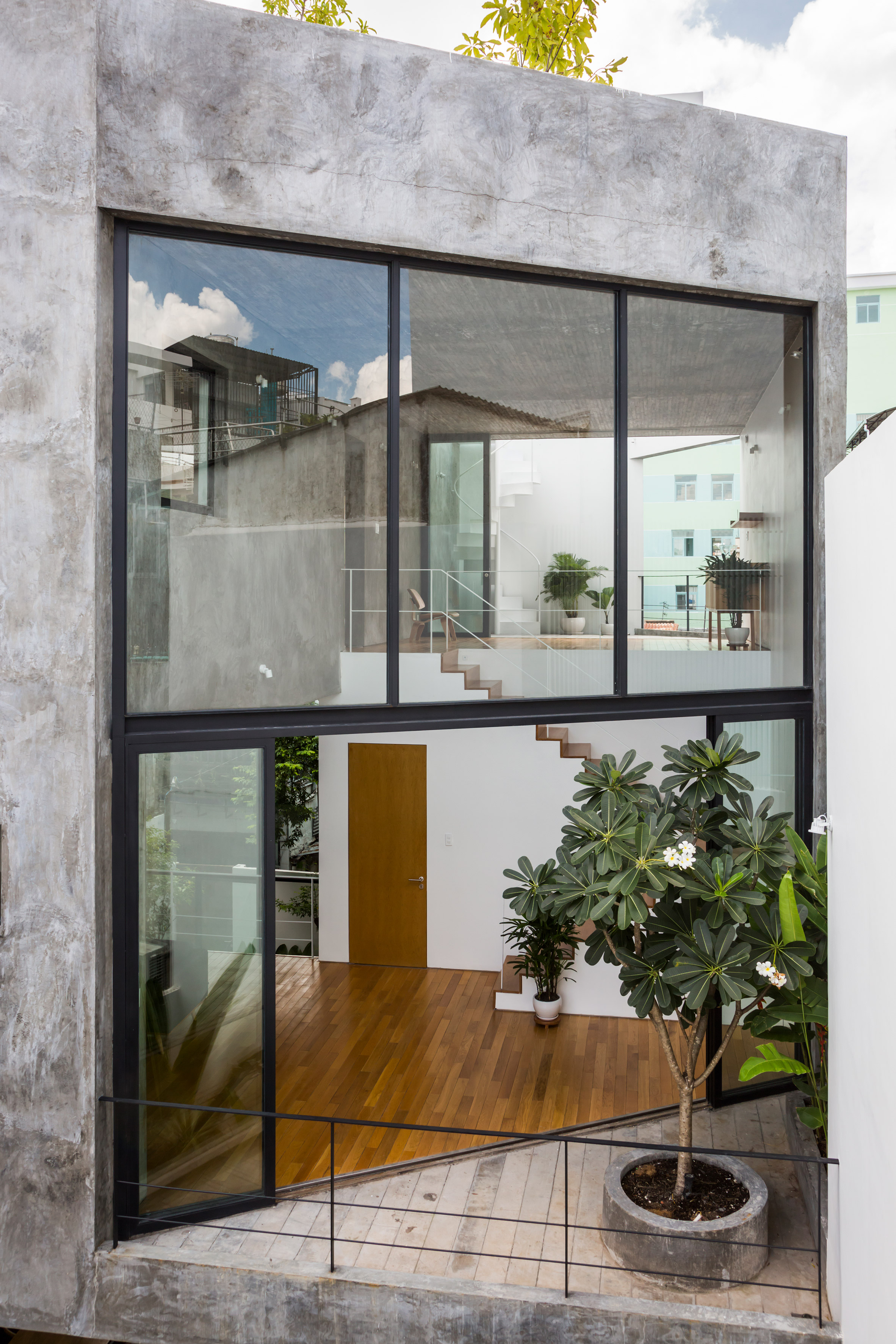 The ground floor entrance and common area, a kitchen and dining space above, the living room on the second floor and a worship room on the third floor are all located in this single continuous space.

Large double-height windows on the north and south side bring light into this space. These also form the entrance and the other opening onto a small first-floor terrace. 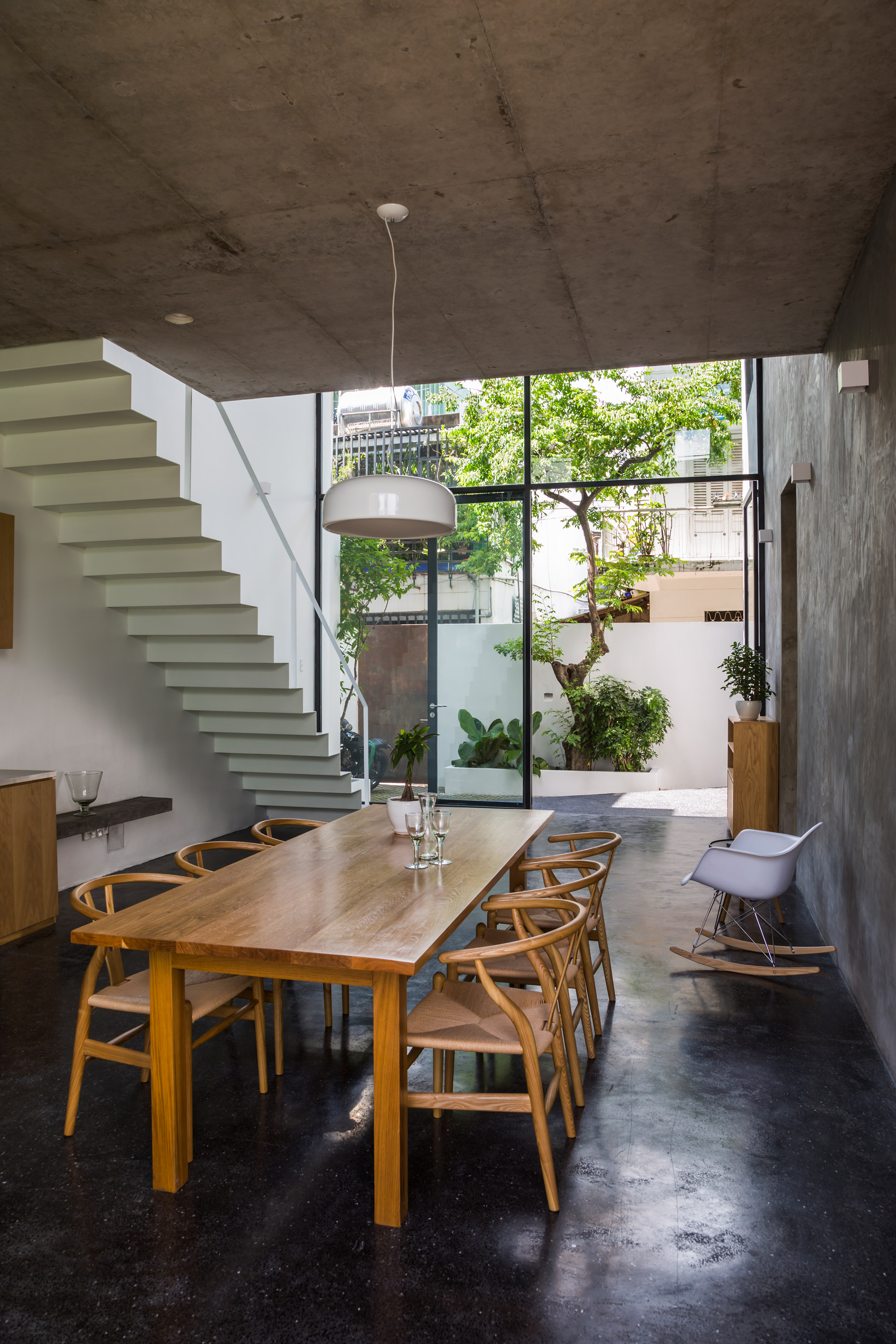 Sliding windows allow these areas to be almost entirely opened up to the outdoors, such as at the rear of the house where a small garden has been added.

In the common areas, wall and floor finishes are carried in from the outside spaces to create what feels like a continuous flow through the space. 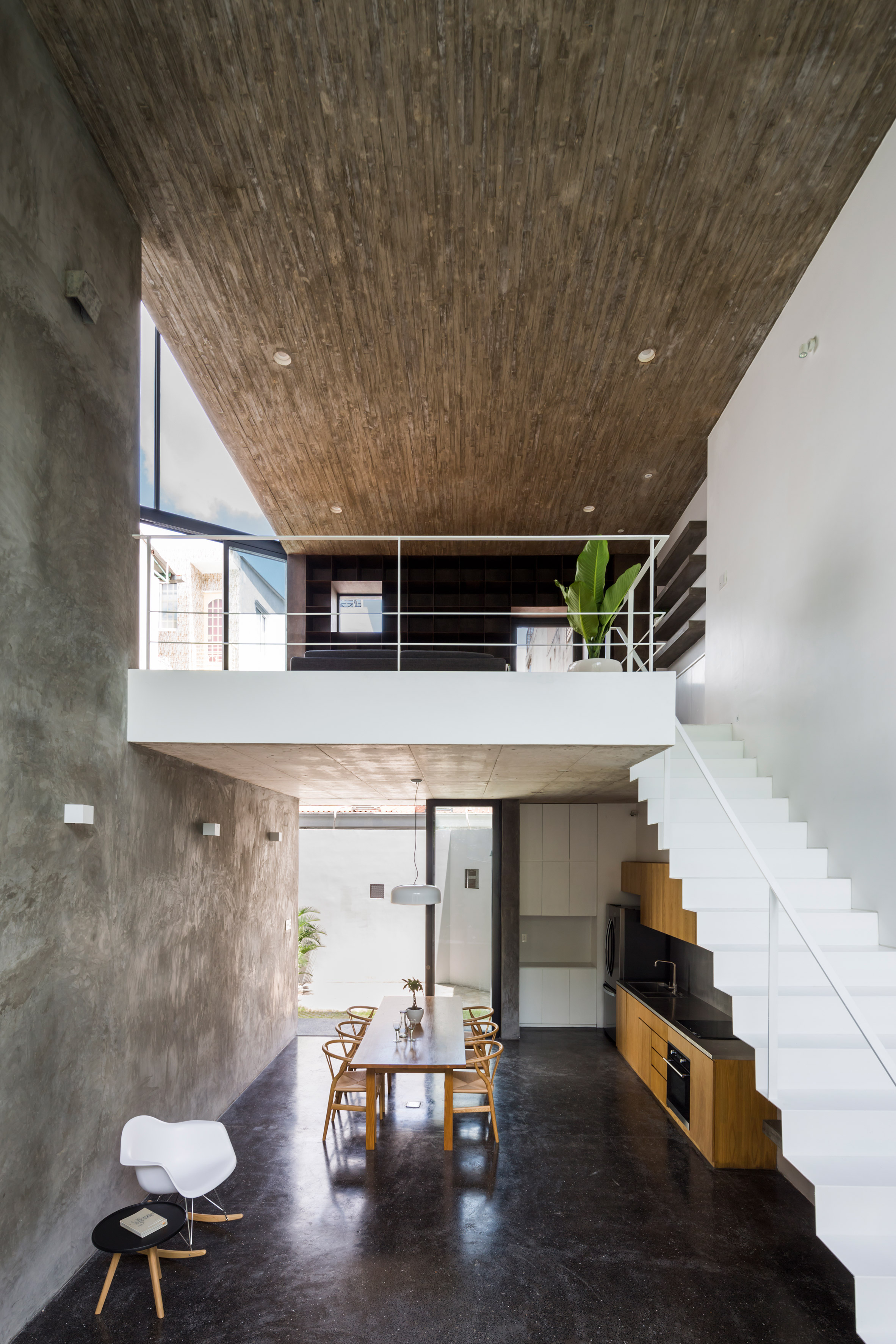 “Waterproof cement is applied to both the outer and inner walls, making a seamless transition from the outdoor space to the inside of the house,” said Sanuki Daisuke Architects.

In bedrooms and more private spaces, wooden floors and white wall finishes provide a contrast to the these living areas. On the second floor, a walled terrace space leads up to a rooftop garden surrounded by a high parapet and planted with trees.