Dezeen promotion: a floating timber school and a swan-inspired tower are among the pavilions to see at the Triennale Bruges 2018, in Belgium.

Triennale Bruges, which runs until 16 September 2018, invited architects and designers from across the globe to create temporary structures throughout the city’s centre.

Now in its second edition, this year’s triennale has the theme of Liquid City. It focuses on how urban locations are easily susceptible to change and makes literal reference to the network of canals that run throughout the city.

“The notion that everything is changing, everything is unstable, need not to be seen as negative. The artists of this triennale give us a lively image of how things could be,” said Renaat Landuyt, mayor of Bruges, in a statement.

Here are seven of the event’s best pavilions: 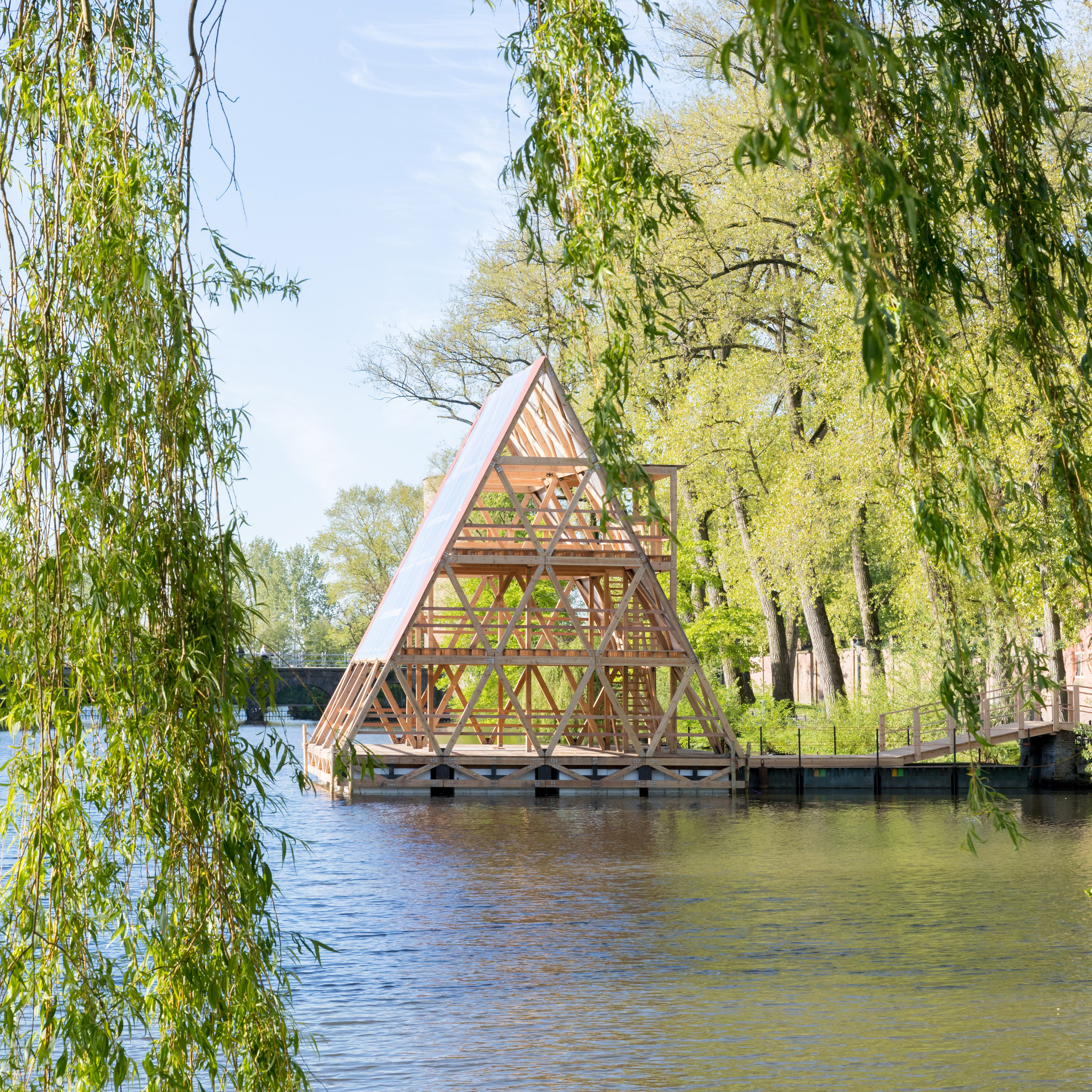 Concerned with the threat of climate change, Nigerian architect and NLÉ founder Kunlé Adeyemi is presenting the latest iteration of his design for a floating school.

Designed to be “ready for a liquid future”, the timber-framed structure provides classroom or exhibition space that can survive strong storms and floods. 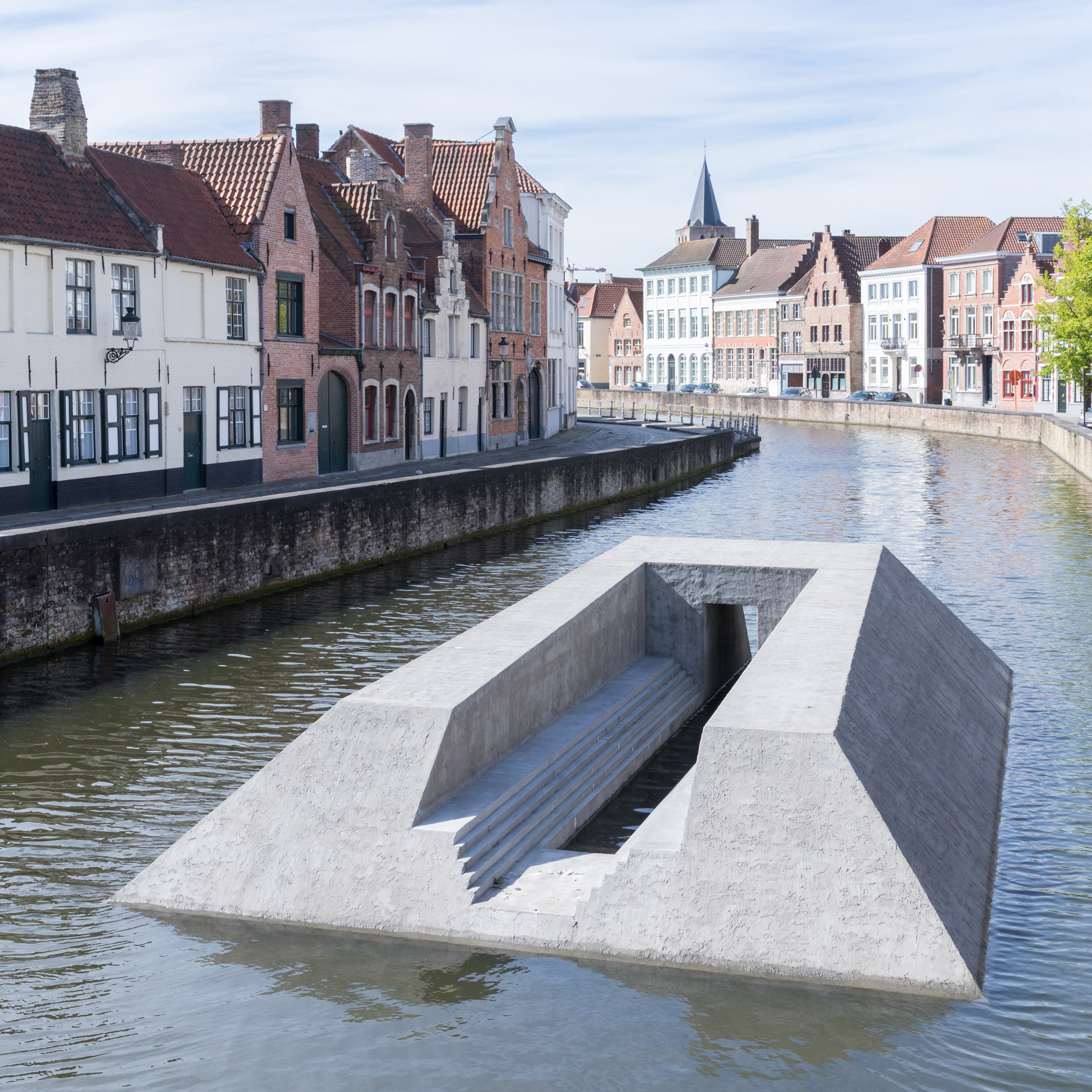 Belgian artist Renato Nicolodi is showing a sombre concrete pavilion, flanked by two sets of steps that appear to lead visitors beneath the waters of a canal.

The structure takes its name from the Greek word achos, a mythological “river of sorrow” that is said to give access to the underworld. 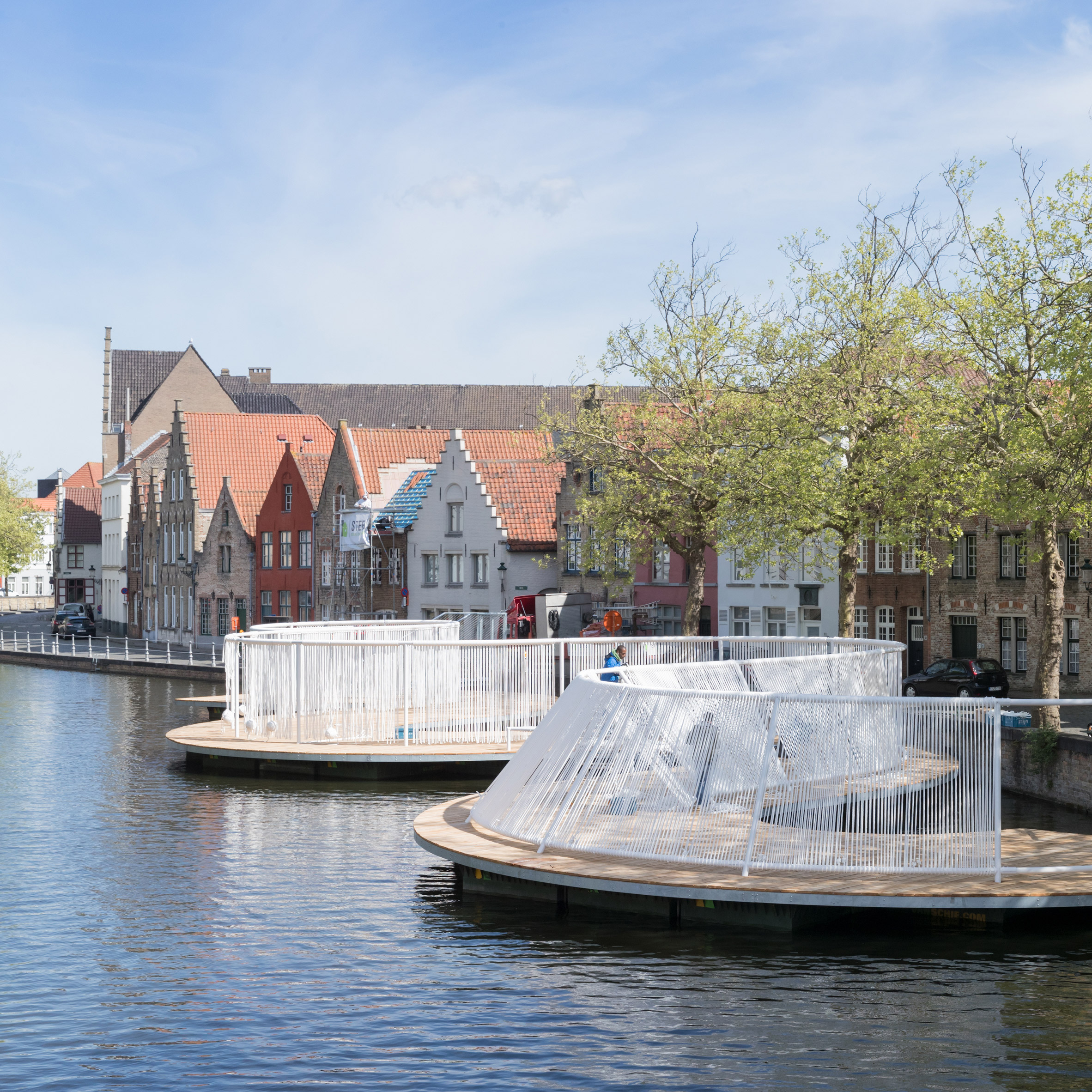 The Floating Island by OBBA

As well as an elevated walkway, the structure boasts netted, hammock-like balustrades that visitors can relax on throughout the day. 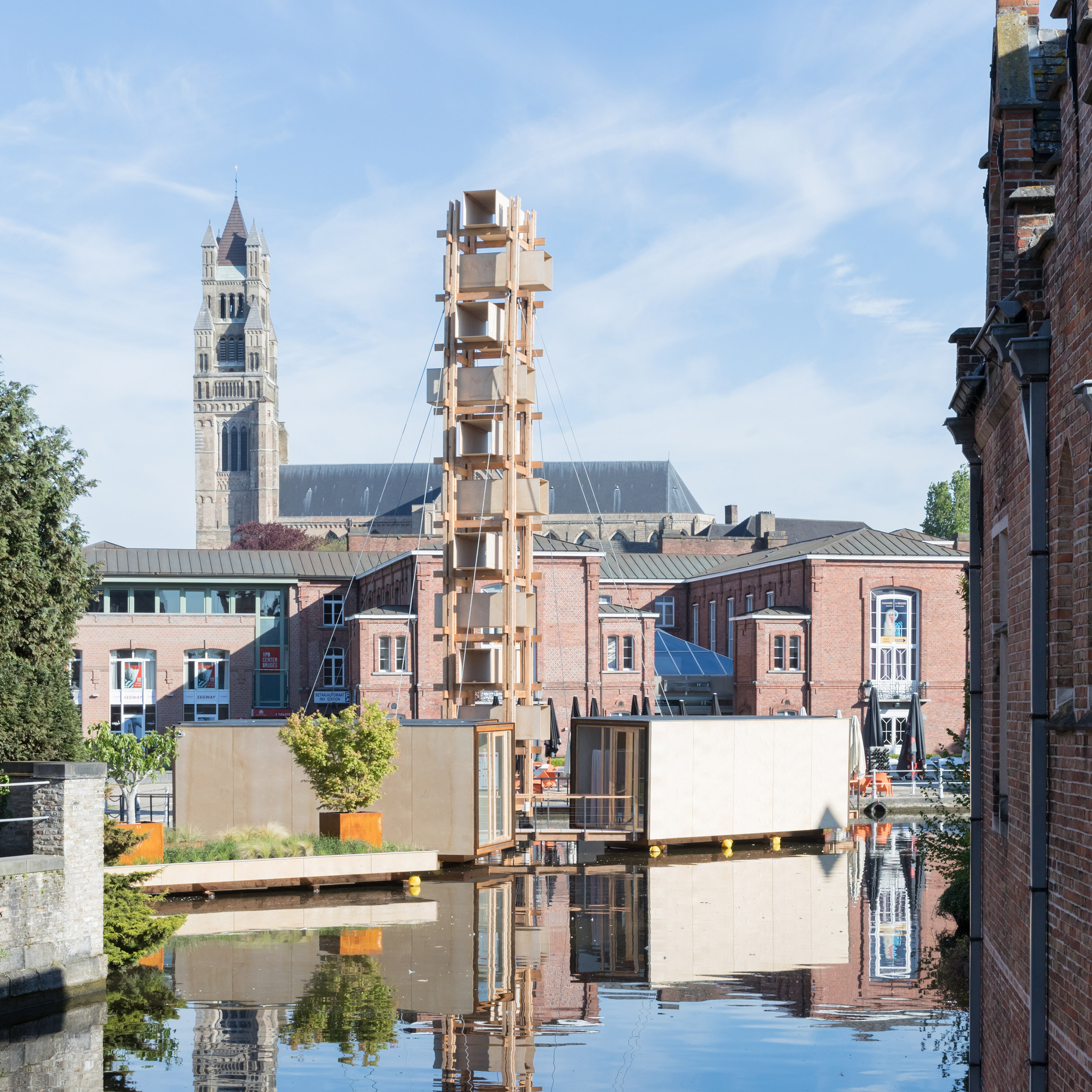 Informed by metabolist architecture, Peter Van Driessche has created a tower of stacked timber units intended to act as living or work spaces.

Offering a “temporary anchor within the urban fabric”, the pavilion is intended to offer a way for us to live with increasingly higher water levels. 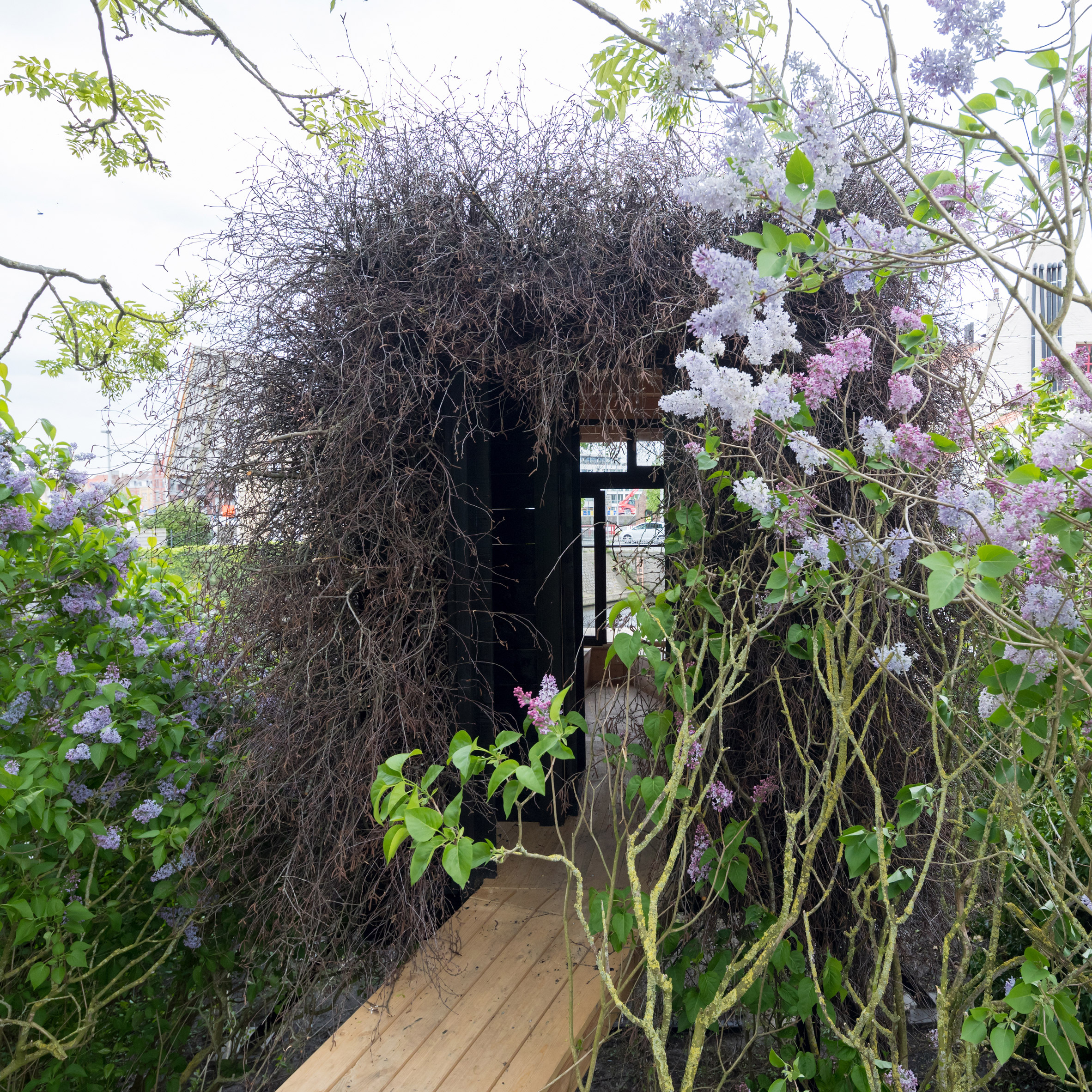 House of Time by Raumlabor

German architecture studio Raumlabor worked alongside the teenagers of Bruges to construct a pavilion that will serve as a meeting and creativity space for young people.

Situated near the Ringvaart canal, the structure intends to focus on “immaterial values: a sense of involvement and commitment to active problem-solving”. 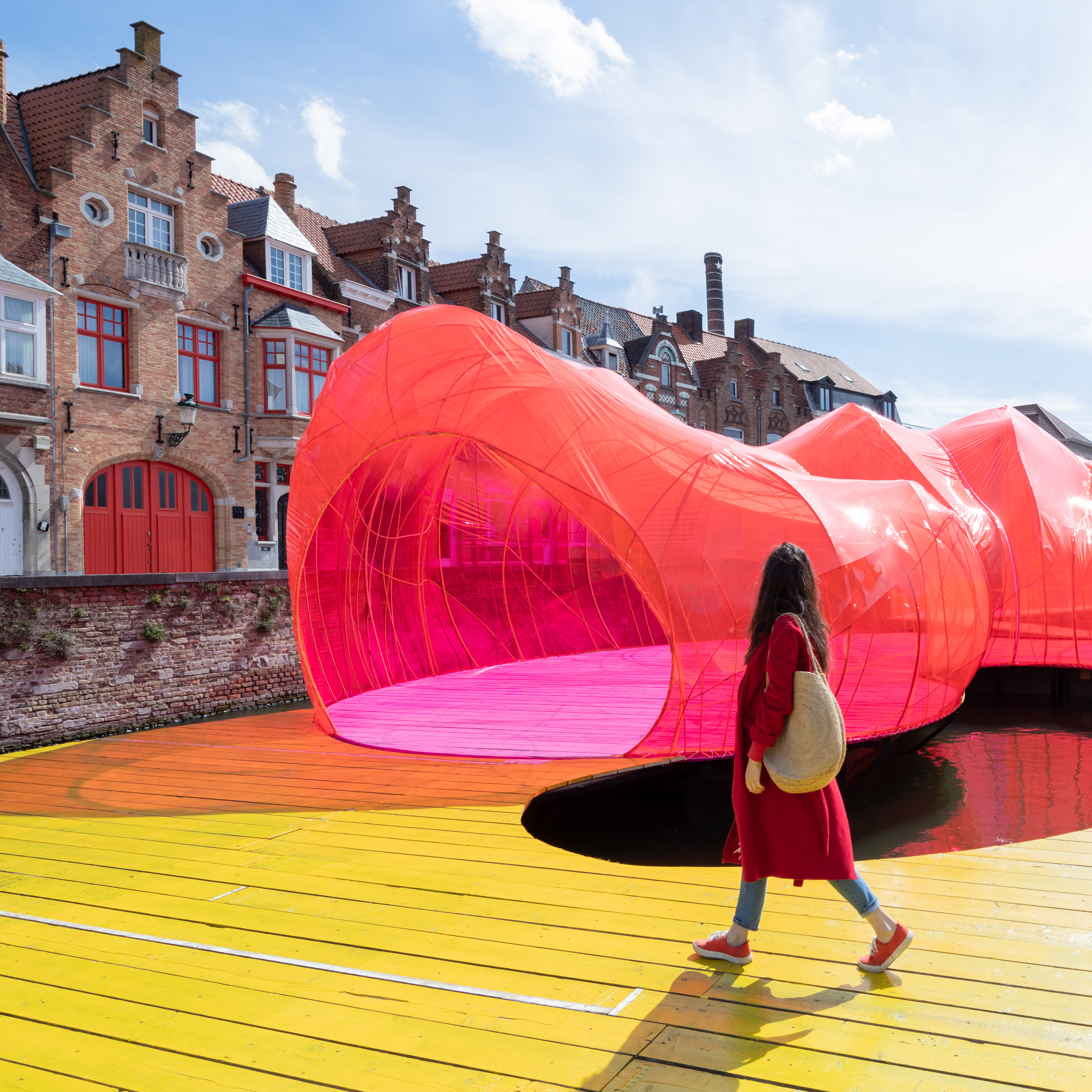 Largely serving as a sunbathing platform for swimmers, the structure is also bookended by openings so that visitors can wander through it like a tunnel. 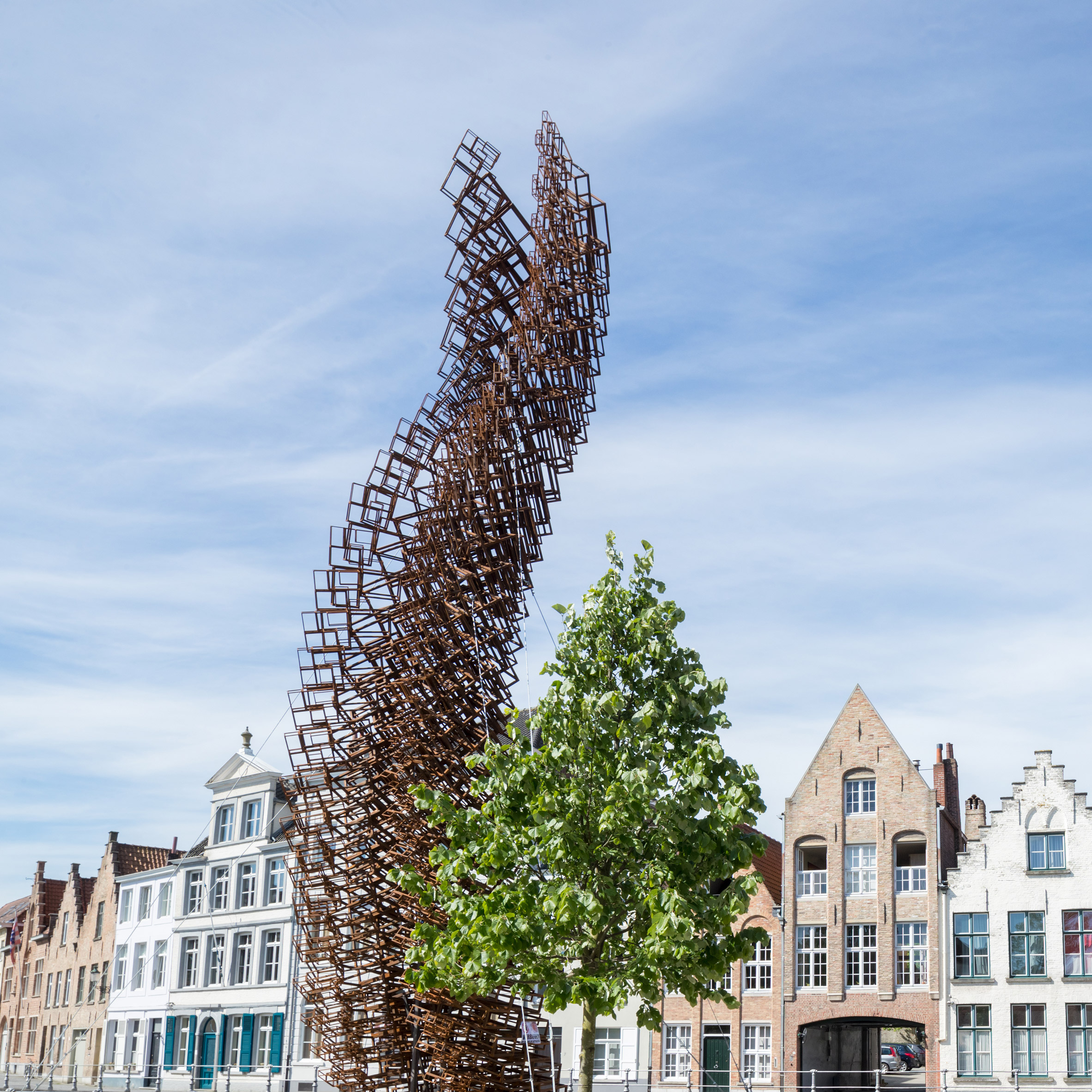 John Powers’ pavilion gradually curves upward like the neck of a swan. Called Lanchals, which means ‘long neck’ in old Dutch, it was designed in reference to a Bruges folk tale, where 52 birds swam down the city’s canals to commemorate the death of ducal advisor Pieter Lanchals.

To find out more about Triennale Bruges, visit the website.

The post Seven of the best pavilions to see at the Bruges architecture triennale appeared first on Dezeen.