The first of a series of waterfront buildings that New York firm SHoP Architects is creating at the former Domino Sugar Factory in Williamsburg has opened. 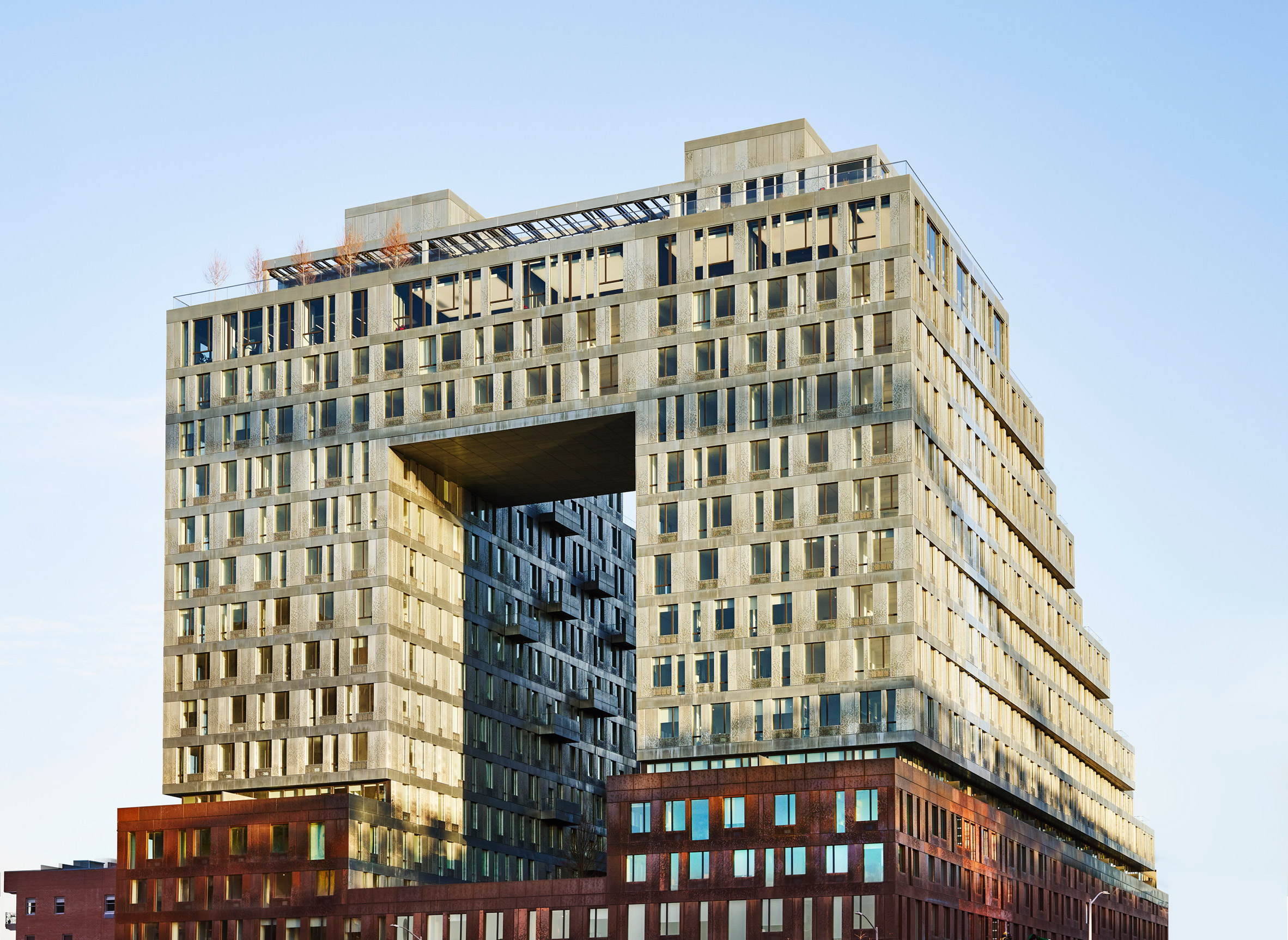 Named 325 Kent, the 16-storey residential block is situated between the Williamsburg Bridge and the factory’s former refinery building – the only structure on the 11-acre site that escaped demolition. Its 522 residences are organised around a courtyard, creating a form that steps down from one end to the other. The tallest portion, facing the East River, has a large hole in the centre that is capped by a three-storey bridge containing the building’s amenities. 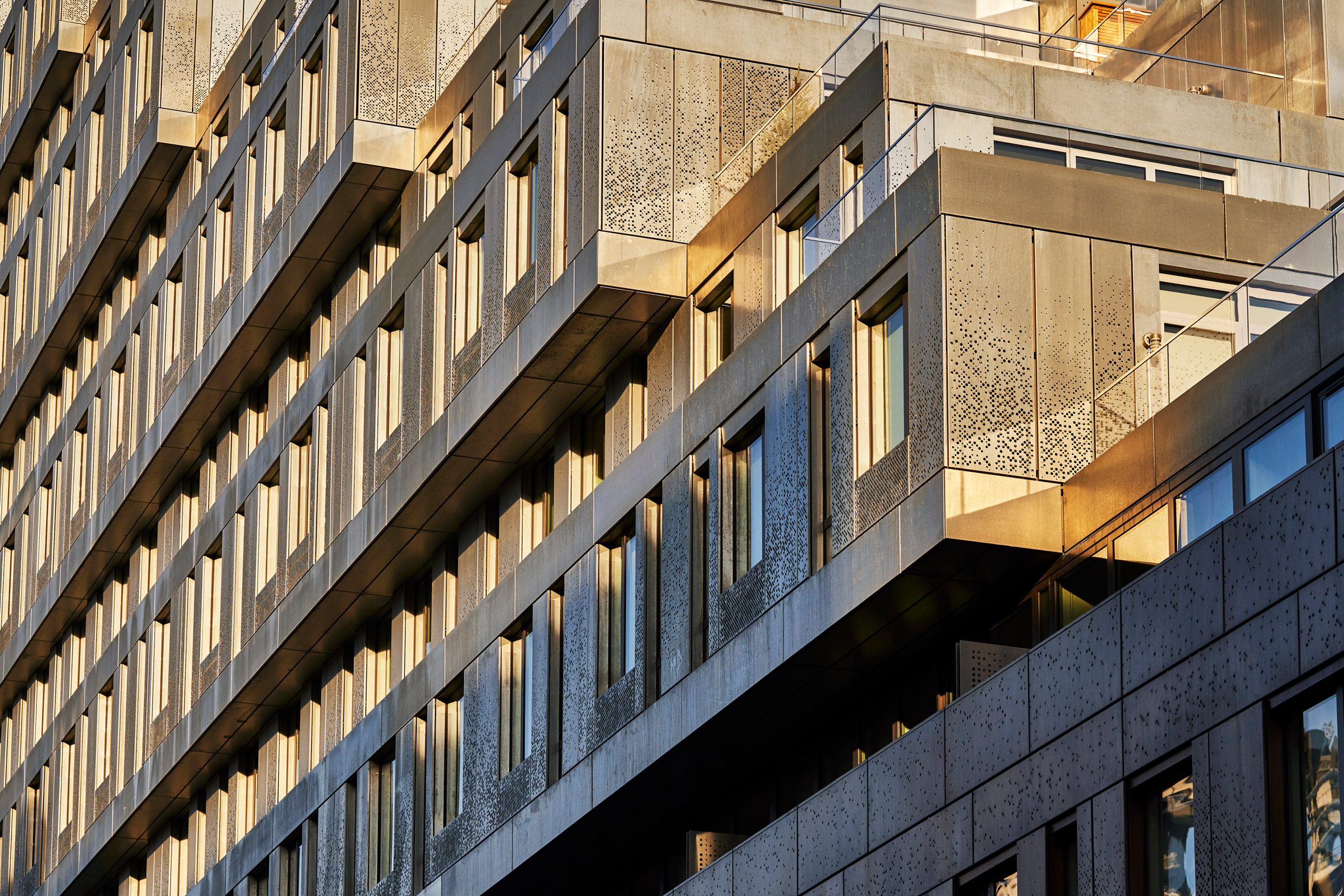 “Featuring a striking silhouette that steps up incrementally in height, it gradually forms a visual connection between the existing low-rise neighbourhood, the landmarked Refinery building, and the taller waterfront buildings slated for future construction,” said a statement on behalf of property company Two Trees Management. 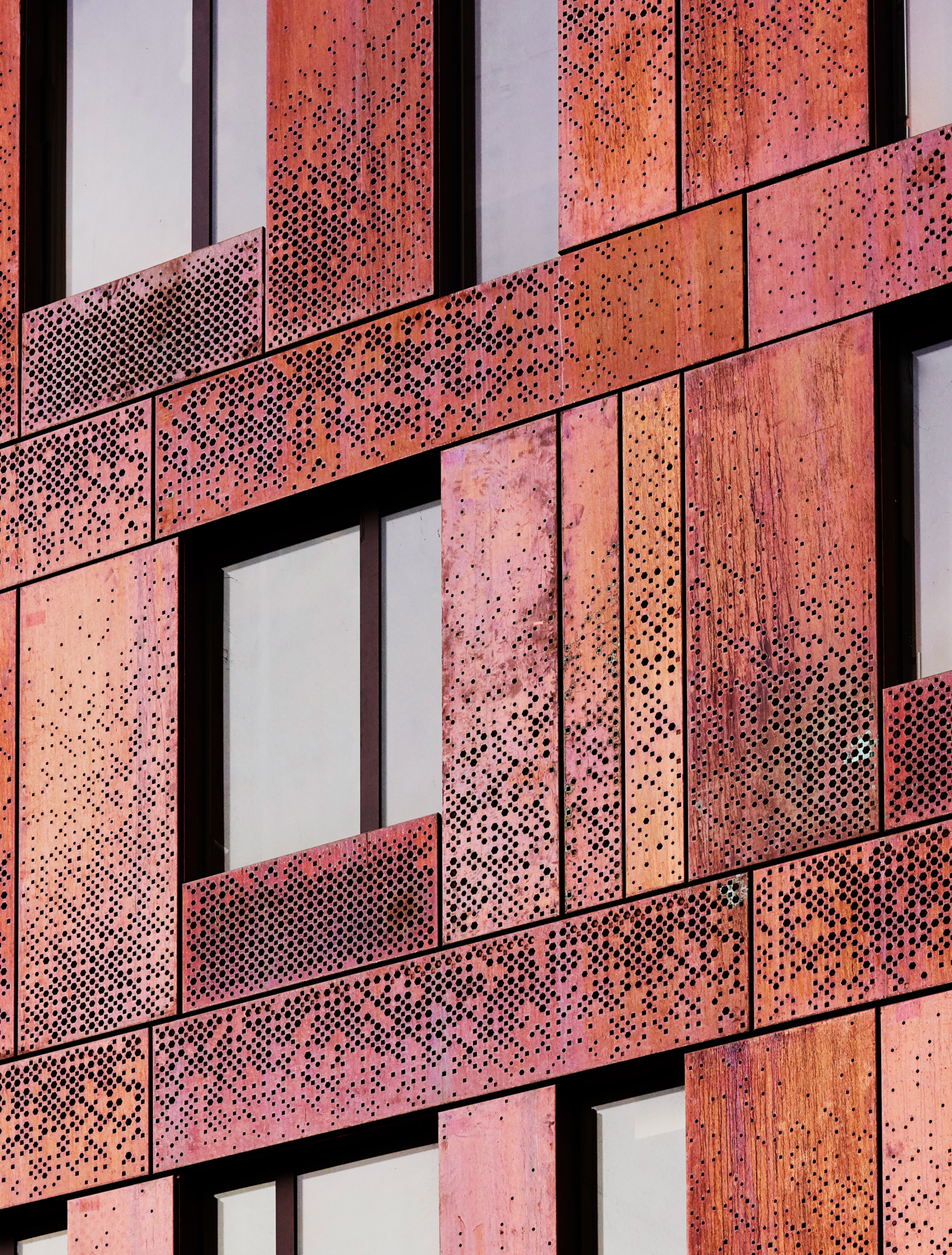 The building’s lower portion is clad with rusty-coloured copper panels, while upper floors are wrapped in zinc. Perforations in the curtain walls create subtle patterns across the facades. 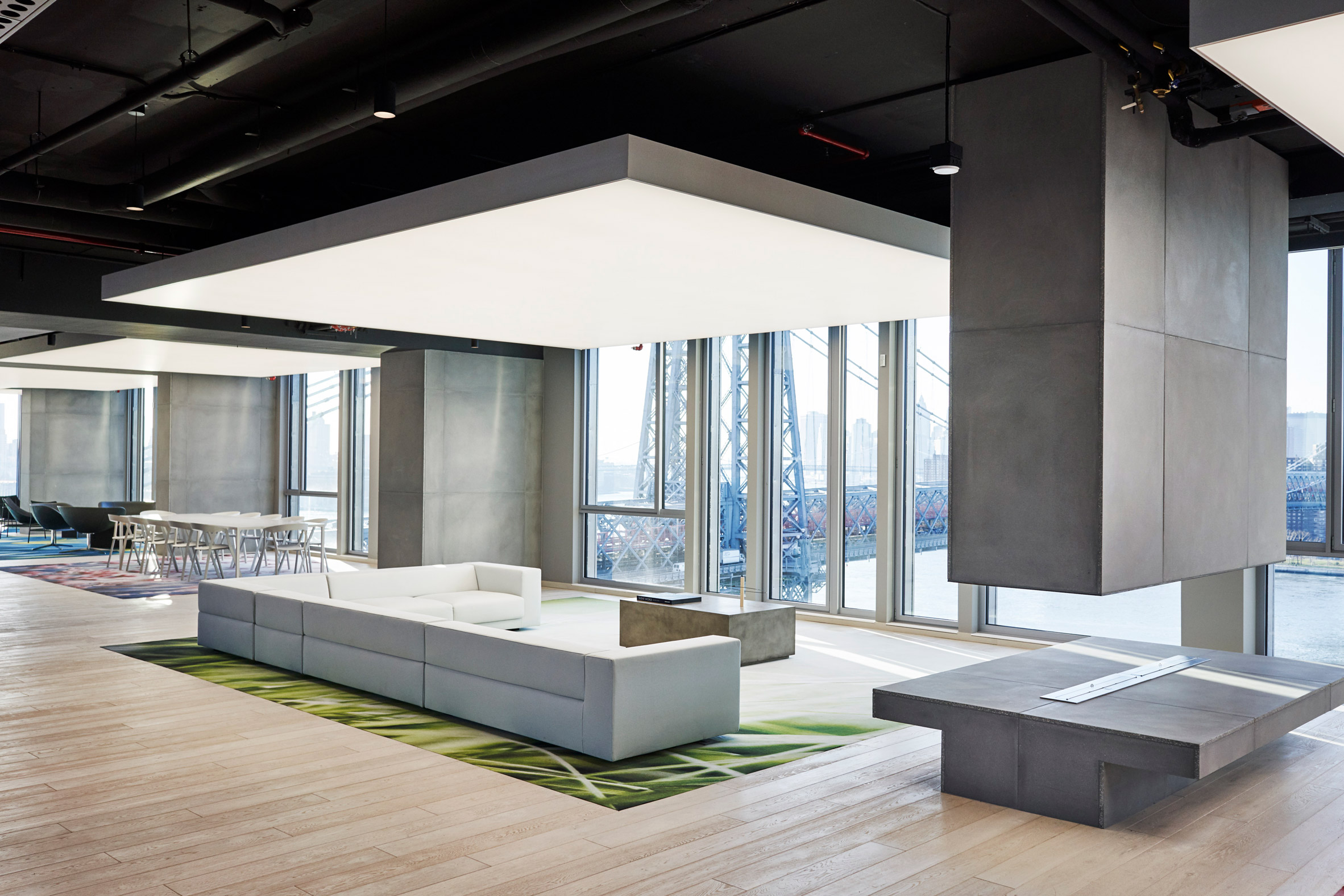 A roof deck provides panoramic views of Brooklyn and over the river towards the Manhattan skyline. A health club, bike storage and lounge are among other facilities available to residents. The accommodation includes studio, one-bedroom, one-bedroom with home office, and two-bedroom apartments. Of the 522, 104 are designated as affordable.

On the ground floor, retail spaces including restaurants and a yoga studio are set to welcome customers in the coming months. The surrounding park, by High Line designers James Corner Field Operations, is due to open in summer 2018.

“The park will honour the industrial history of the site, incorporating industrial artefacts like syrup tanks and gantry cranes across the public space,” said the developer’s statement.

Three taller residential towers are also proposed or under construction across the site, as part of a masterplan created by architect Vishaan Chakrabarti while a principal at SHoP. He is now moving the project over to his new firm Practice for Architecture and Urbanism (PAU).

The Domino Sugar Factory complex was abandoned in 2004 after operating for almost 150 years, then demolished a decade later to make way for the series of skyscrapers. 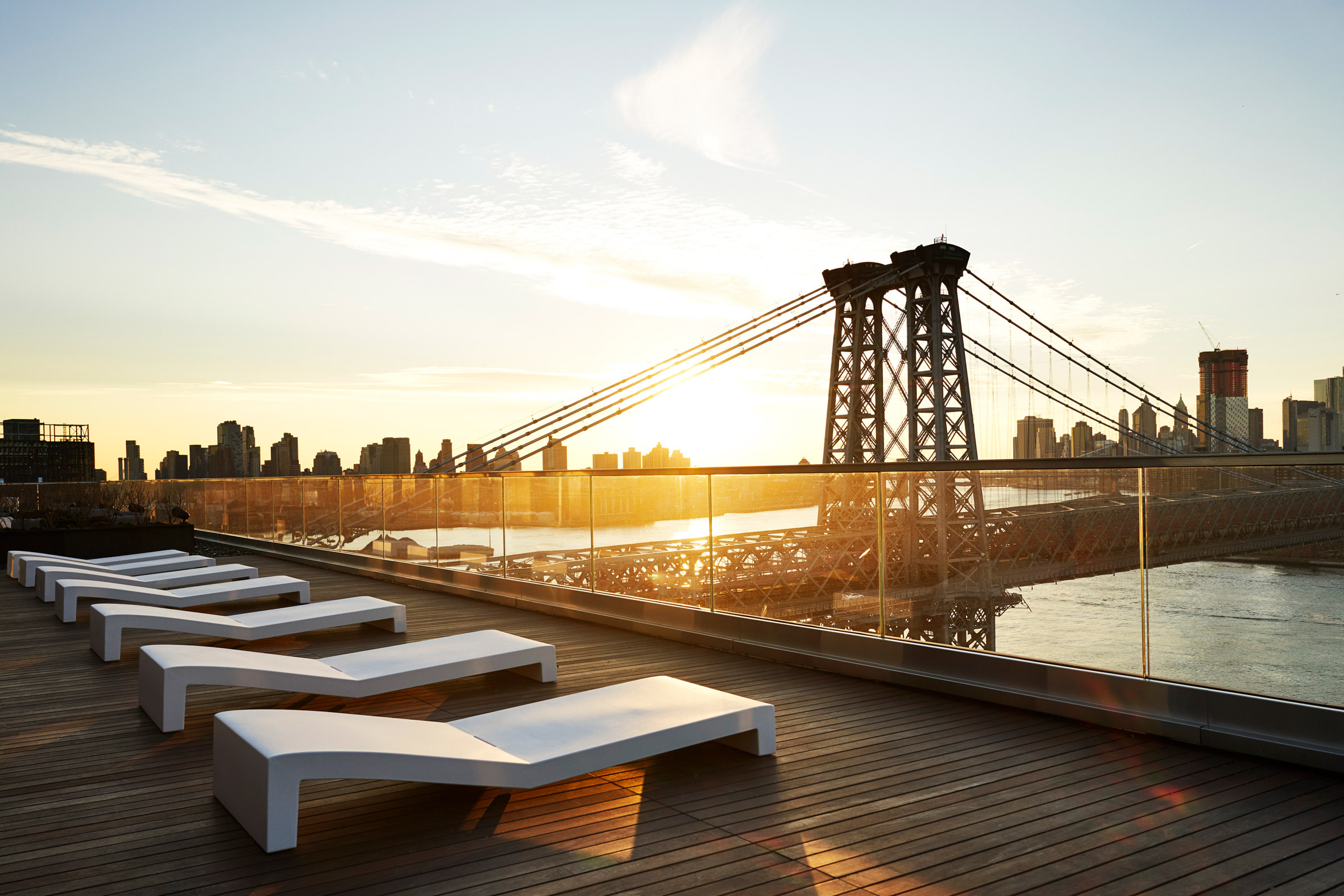 Photographer Paul Raphaelson recently released a series of images taken both inside and out of the factory, to show what the old buildings looked like in disrepair.

Photography is by Adrian Gaut unless stated otherwise.