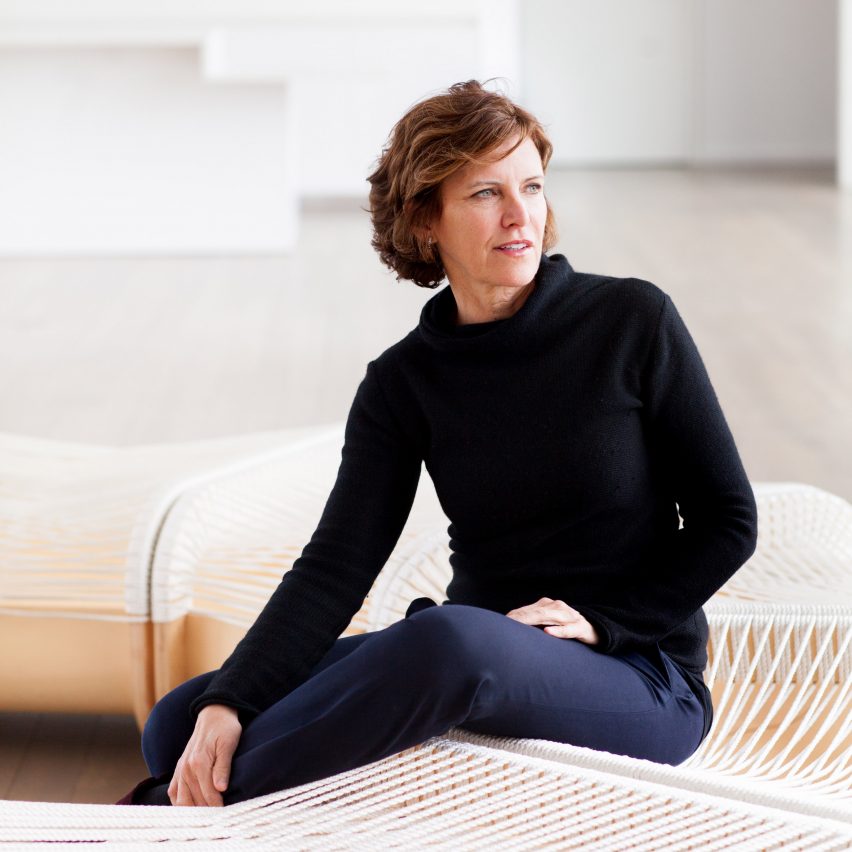 Change isn’t happening fast enough for women in architecture says Jeanne Gang, who suggests that all firms should be set a target to close their gender pay gap.

Speaking to Dezeen at the end of 2018, the Studio Gang founder said that more needs to be done to root out sexism in architecture, and that pay equality is the obvious place to start.

“This is the number one way you can show respect to women in your workforce, to pay them equally for the equal work that they’re doing,” she told Dezeen.

“Put a little more pressure” to close the pay gap

Gang, who founded her Chicago-based practice in 1997, said she was “totally shocked” to discover a gender pay gap in her firm last year.

After closing the “small” gap in one round of pay increases, she wrote an article for Fast Company  – with the headline Architecture’s great injustice, according to Jeanne Gang – calling on other practice leaders to follow suit.

But now she thinks polite extortions in the press haven’t gone far enough. She suggests setting architects a target similar to the 2030 Challenge, which calls for architects to work towards only carbon-neutral buildings in just over a decade.

“We should start to think about asking people to declare if they have closed their pay gap, the same way we declare the 2030 challenge for environment for example,” Gang said.

“Maybe that would put a little more pressure to close the gap.”

Gang made the calculations at the time when the UK government had just made it a requirement by law that companies with more than 250 employees had to annually report their gender pay gap. The data is calculated based on a median of staff salaries.

As a result of the law, it emerged that Foster + Partners had a gender pay gap of 10.5 per cent. Meanwhile Zaha Hadid Architects reported a gap of 19.6 per cent, which it put down to having more men in senior and therefore better paid roles.

By comparison, the countrywide average at the time was 9.7 per cent.

In the USA, the Equal Pay Act of 1963 stipulates that women may not be paid less than men. But there is currently no legal obligation for any companies to report gender pay disparity.

Gang decided to go public about addressing her own gender pay gap in spite of this, to help show her peers how easy it is to address the issue head on.

She said the response has been positive, with employees proud to be working for a company committed to pay equality. She also said that other architects had approached her for advice on addressing their own pay gaps.

Increasing awareness of the gender pay gap issue coincided with the #MeToo movement against sexual harassment and assault in the workplace, which came about in 2017 after the story broke about the behaviour of Hollywood director Harvey Weinstein.

Women in architecture began sharing horror stories of sexual harassment at work, which were revealed via the crowdsourced, unverified list of Shitty Architecture Men. The list was initiated by an anonymous author who wanted to start a conversation about the obstacles facing women in a male-dominated industry face, particularly where young female architects are often employed to execute the vision of older, male architectural stars.

Soon after accusations were made against Pritzker Prize-winning architect Richard Meier, forcing him to step down.

The architecture industry is still grappling with the fallout, but the overall result is positive, according to Gang.

“It’s brought a lot of, difficult issues to the fore,” she said. “It was just never talked about for so long. So there’s bound to be more things coming out, I’m sure.”

A number of initiatives have been launched to promote equality in architecture, including Dezeen’s Move the Needle campaign, which called for diversity in architecture and design practices, awards programmes and events. As part of the campaign, we also created a gender-pay-gap calculator.

Despite this, Gang is still frustrated with the rate of change, both in architecture and beyond.

“It’s very inspiring to see many women running for office and things like that,” she said. “That’s a good sign of some movement, but everything’s too slow. It’s too slow for me.”

The post “Show respect to women in your workforce” says Jeanne Gang appeared first on Dezeen.