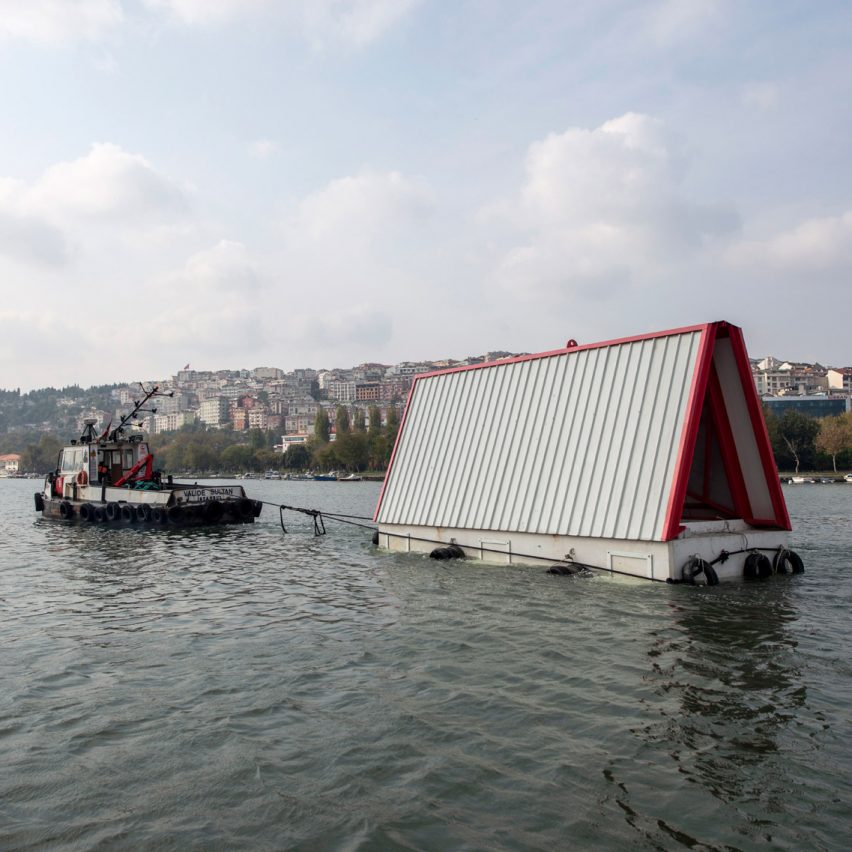 Architecture studio SO? has created a prototype floating house on Istanbul‘s Golden Horn, which could be used as emergency housing following an earthquake in Turkey’s largest city.

The prototype, named Fold and Float, is designed to be emergency accommodation for up to six people following an earthquake. It was created as part of the Istanbul Design Biennial 2018.

Sevince Bayrak and Oral Goktas, the founders of SO?, designed and built the prototype in response to the diminishing amounts of space available for emergency accommodation in Istanbul. 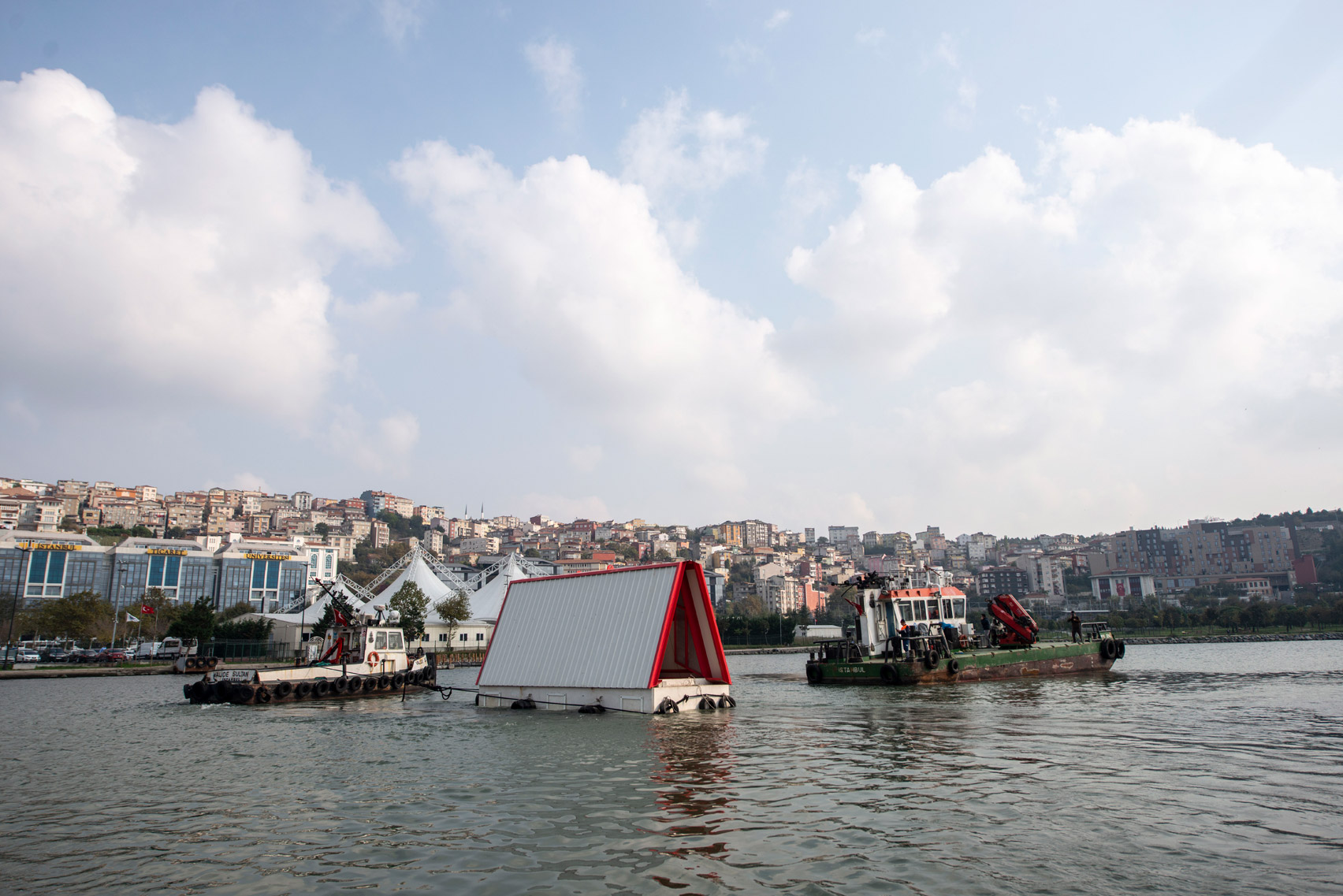 The studio explains that 477 open spaces in the city were designated as assembly points following a 7.4 magnitude earthquake in 1999 that killed more than 14,000 people in Turkey.

However the majority of these spaces have now been developed, according to the studio, with only 97 designated spaces remaining.

“With not enough space allocated on land, the idea of a floating structure was born,” said the architects. 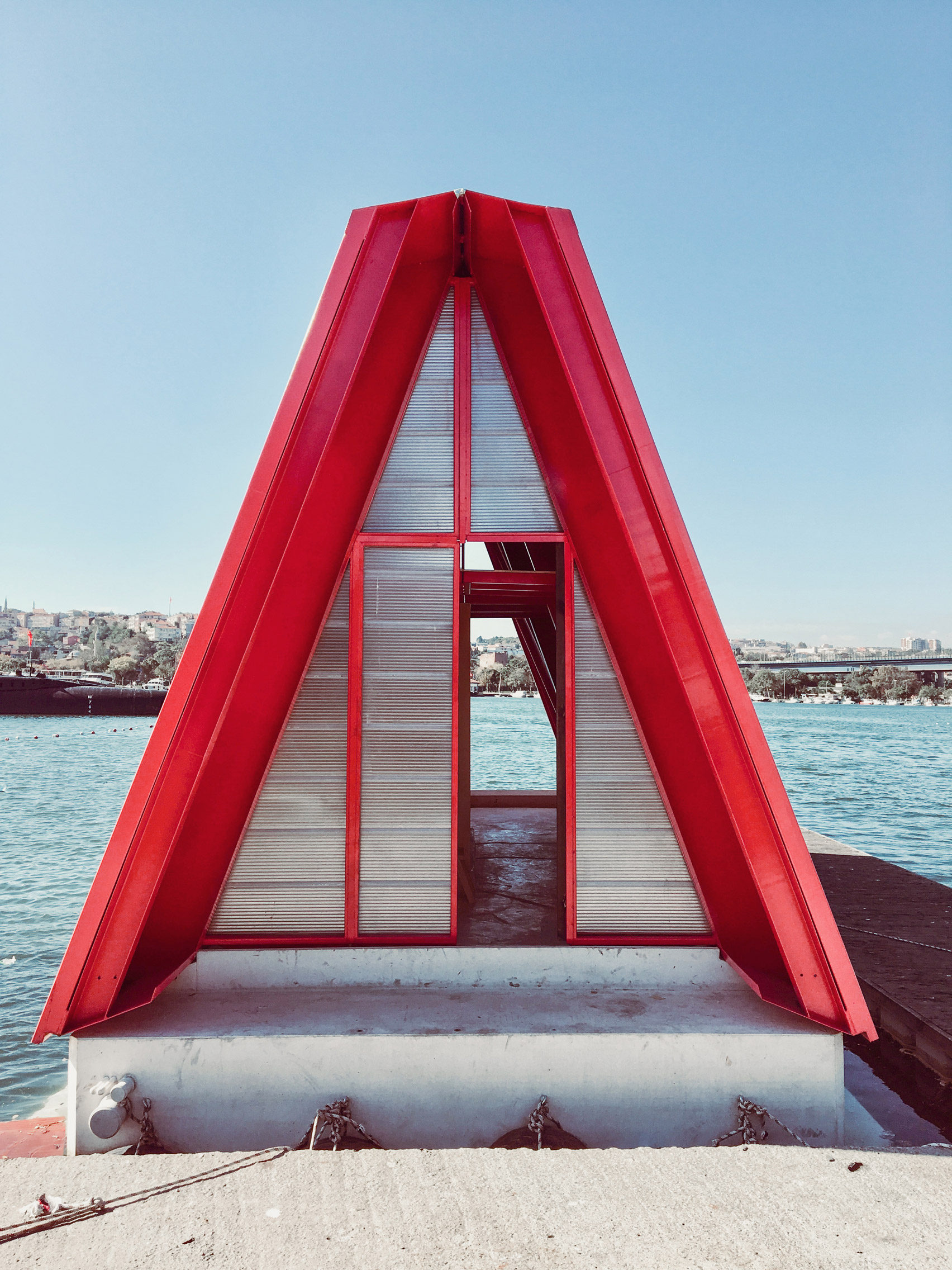 The prototype consists of a floating pontoon made of concrete with a foldable structure that acts as the shelter and contains fixed furniture.

The upper structure is foldable so that it can be collapsed and stacked. It is designed to be easily to assemble and does not require skilled workers to construct. 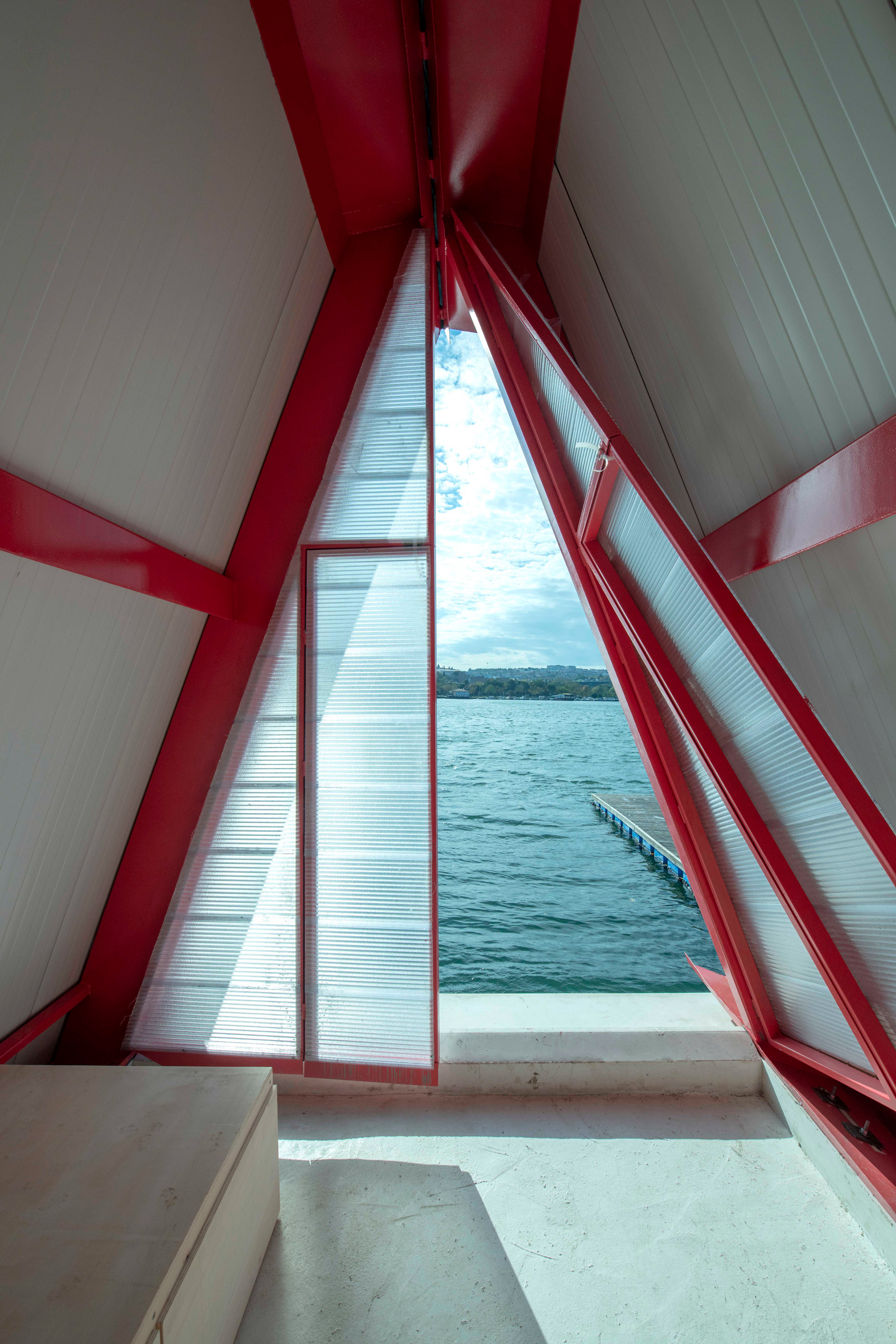 The triangular-shaped structure has living spaces on the ground floor, including a small kitchen and seating area, with sleeping areas on a raised platform above.

Each end of the house has full-height, fully openable doors, to let light and air into the structure. 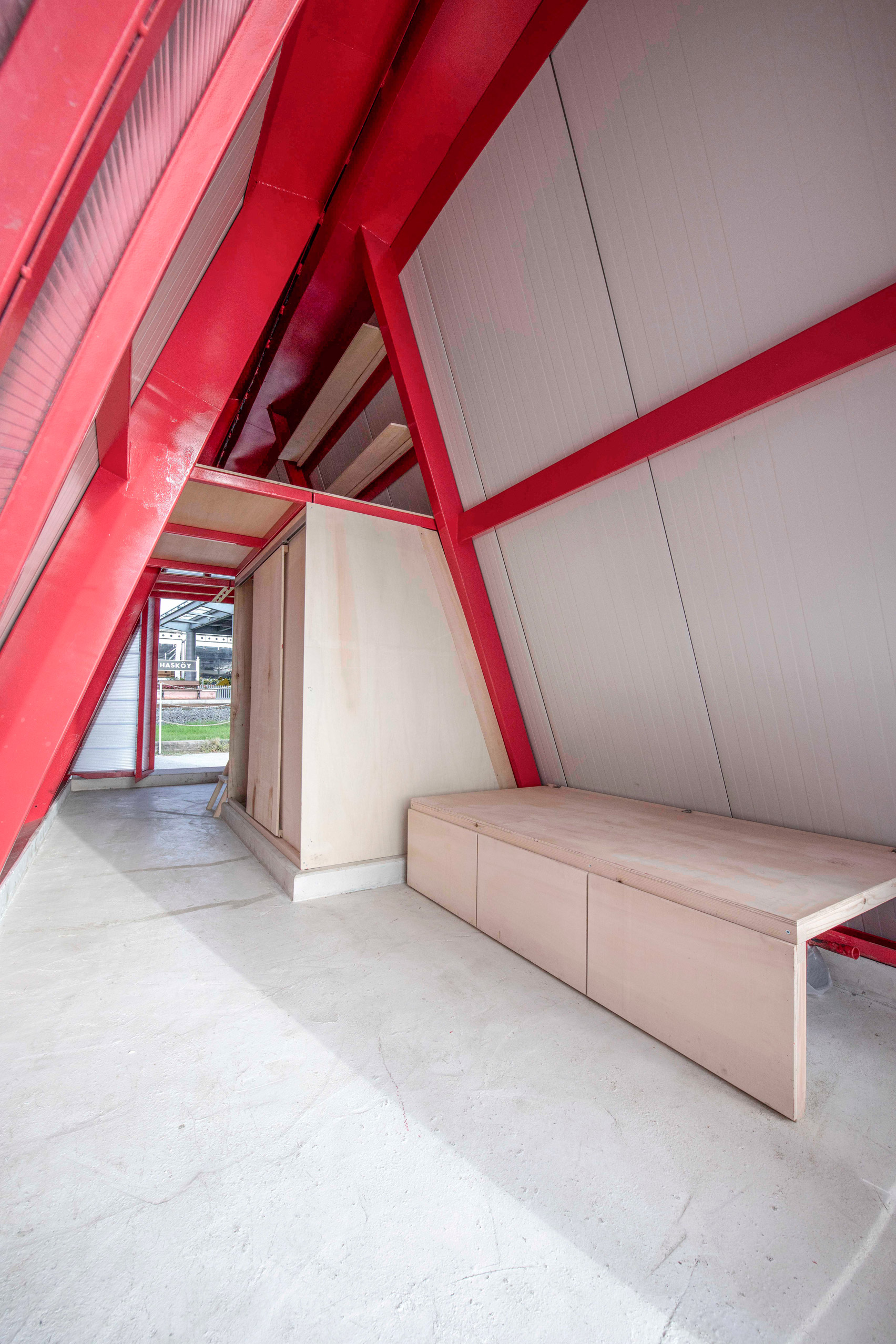 The prototype was built on Istanbul’s Golden Horn, a protected inlet off the Bosphorus near the area of Galata where the biennial is held.

“The Golden Horn is naturally protected against tsunami and provides strategic seaway access, which, when faced with blocked roads, provides an important route in for food and aid.” 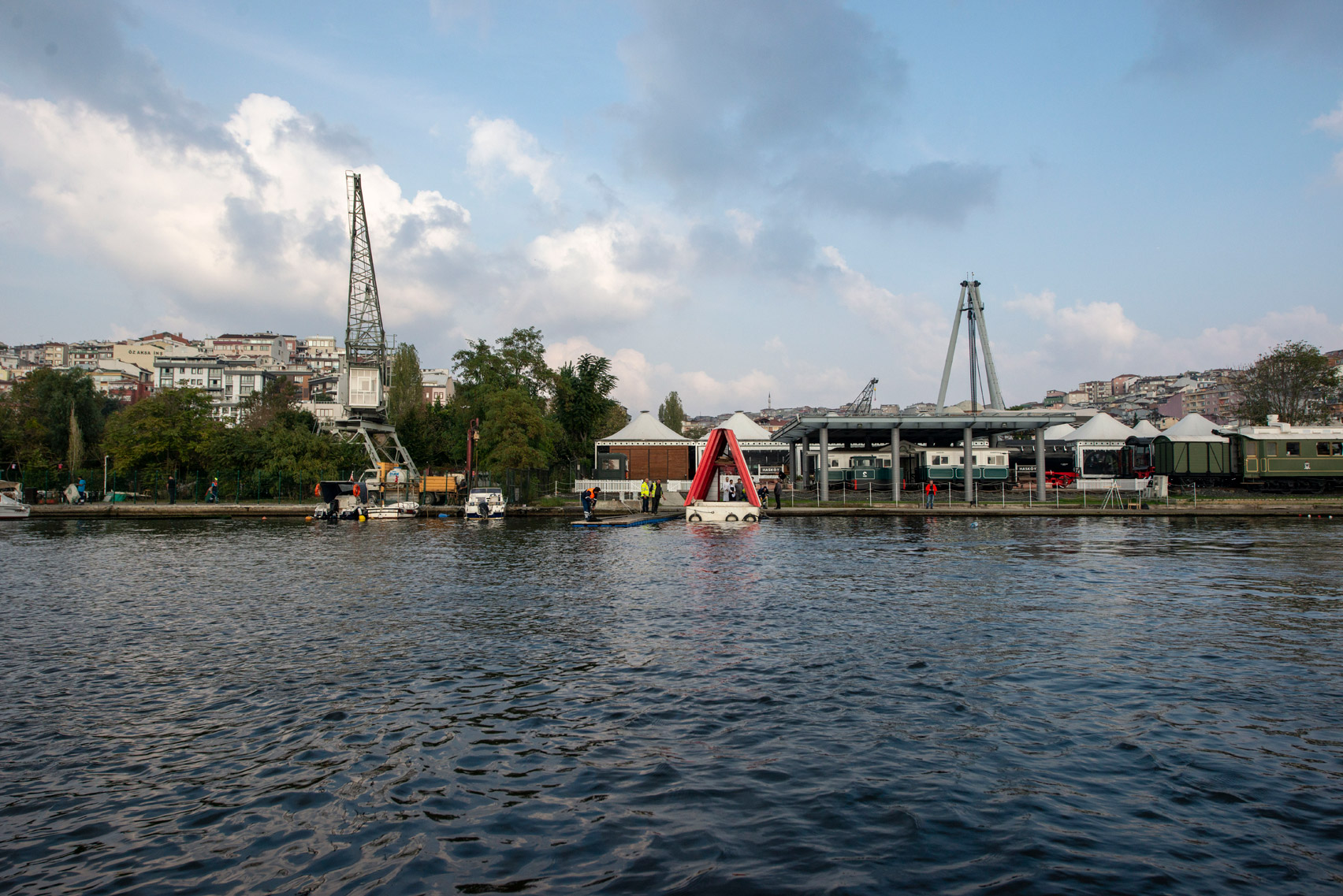 According to the studio’s research, those displaced by earthquakes typically spend one year in temporary accommodation after the event.

SO? envision the floating structures deployed in rows on the Golden Horn to form temporary communities if a major earthquake occurs. In total the studio calculated that up to 180,000 structures could be placed on the waterway.

Dezeen was media partner for the fourth Istanbul Design Biennial, which took place from 22 September to 11 November 2018.

Fold and Float was unveiled towards the end of the exhibition’s run. Other installations shown include an embroidered computer, an “atlas of atlases” made from 1,366 maps and a set of designer babies made with the characteristics of Greek gods and goddesses.

Photography is by Kayhan Kaygusuz.