This week’s instalment of our Dezeen x MINI Living video series explores an algae-producing pavilion by research lab Space10, which demonstrates how buildings could help feed urban populations sustainably in the future. 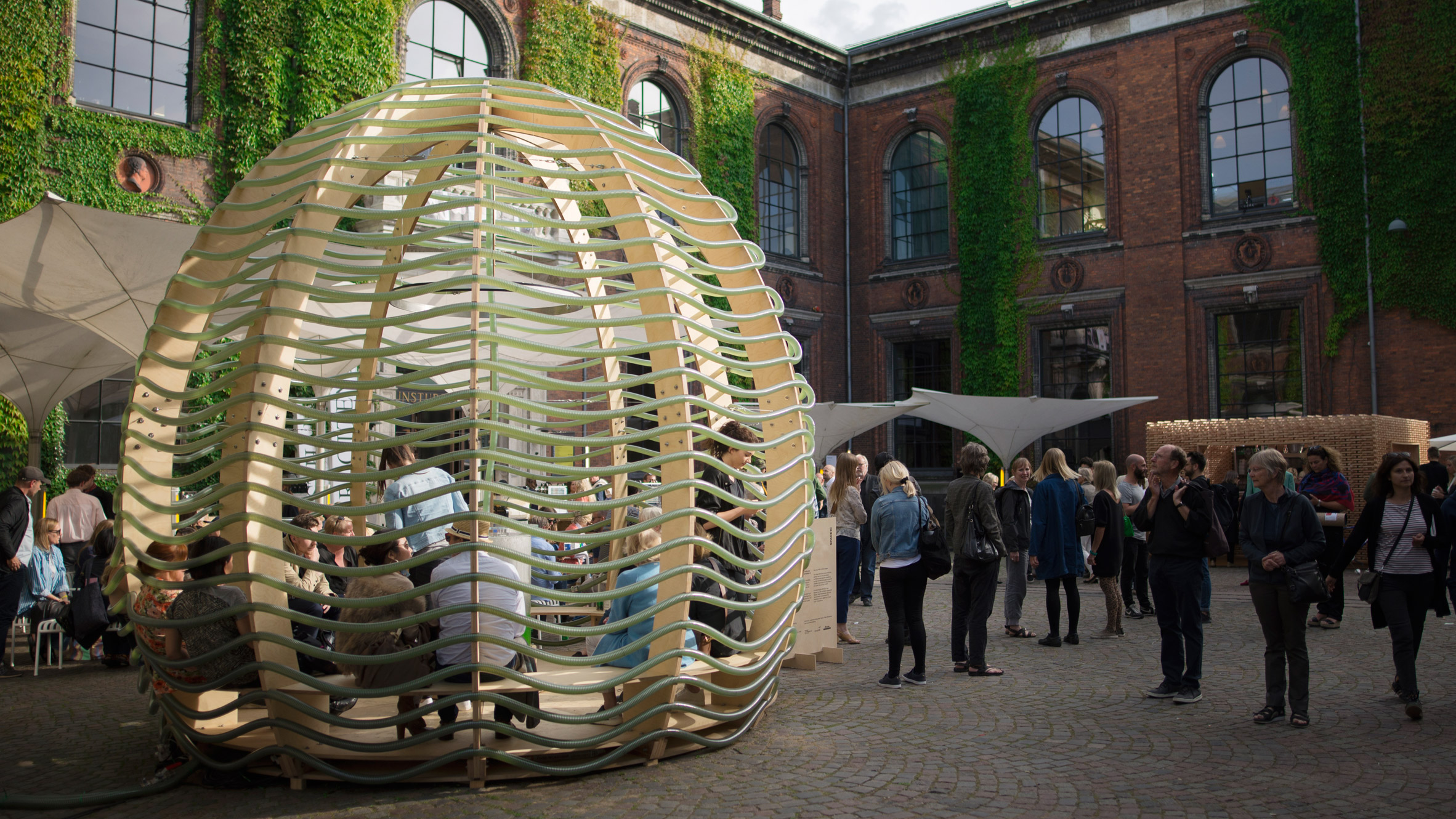 The tubing created a semi-enclosed space for visitors to sit inside, while also acting as a photo-bioreactor to produce high quantities of microalgae via photosynthesis. 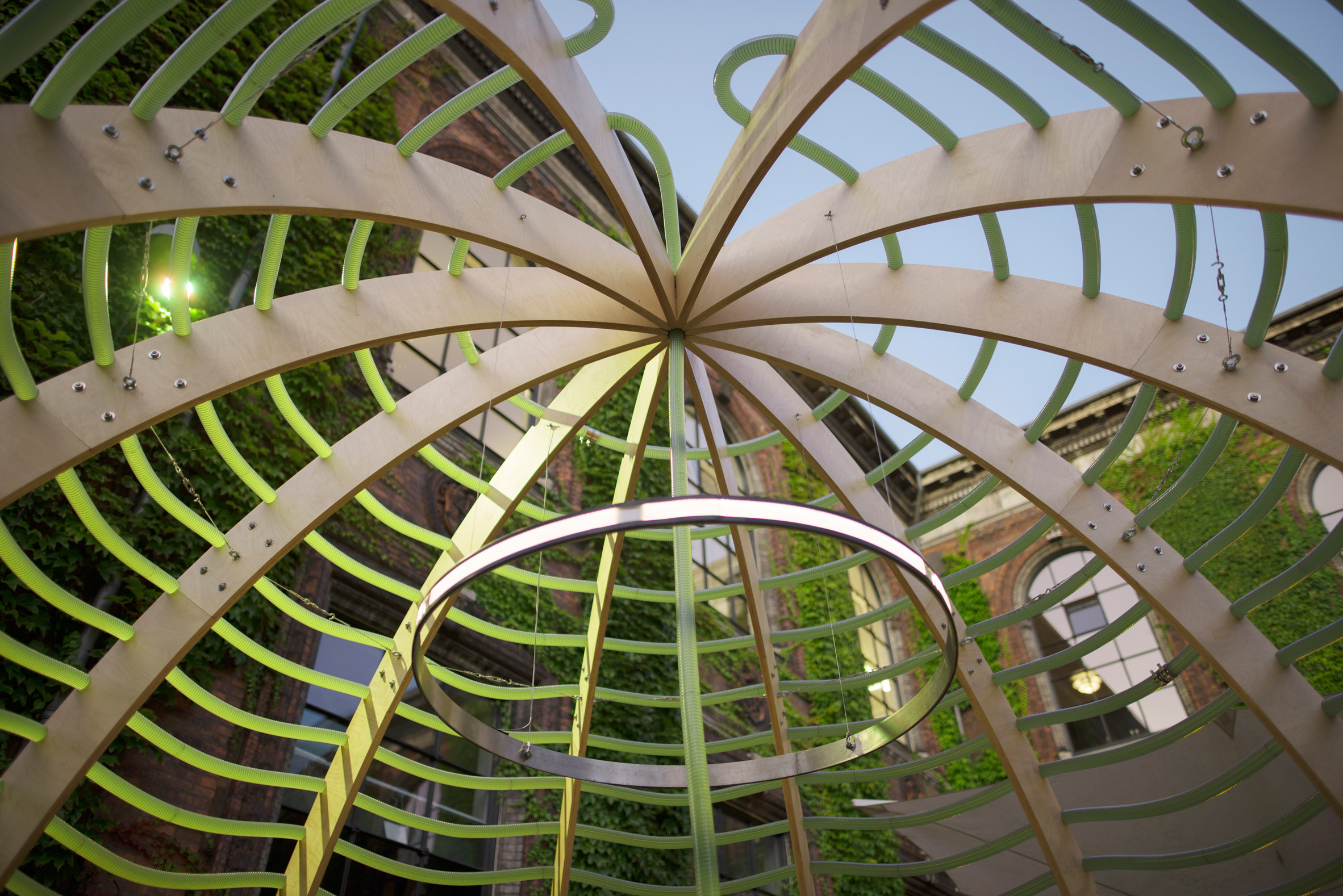 Microalgae – one of its more popular and marketable strains being Spirulina – is an increasingly popular food supplement that is high in protein, vitamins, minerals and essential amino acids.

With Algae Dome, Space10 worked with architects Anna Stempniewicz, Aleksander Wadas and Rafal Wroblewski to demonstrate how buildings could be used to grow large quantities of microalgae to provide nutrition for the residents living within it.

“Imagine an apartment building equipped with a similar photo-bioreactor that produced spirulina that the building’s residents could use to supplement their diets,” said Space10. 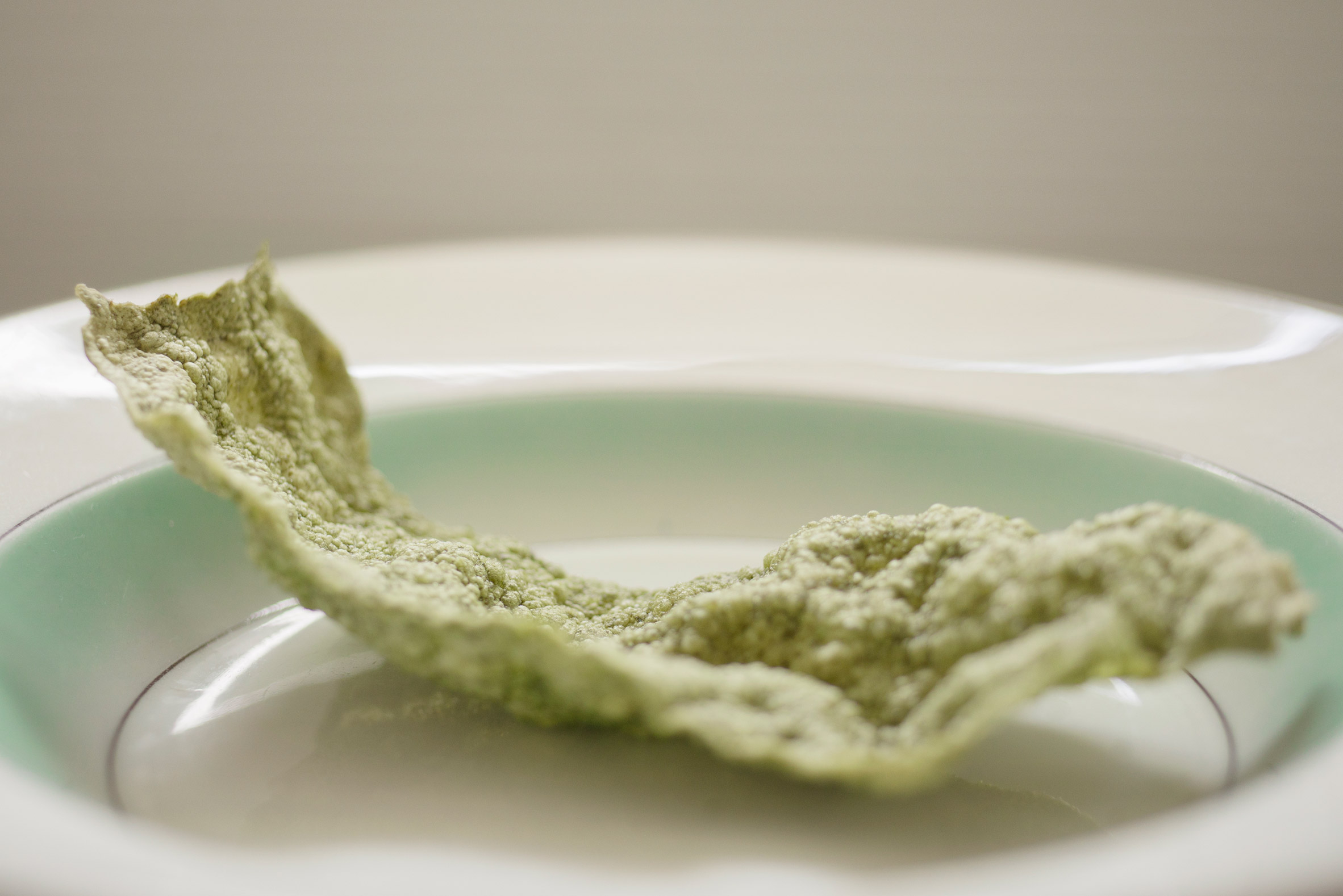 Space 10 demonstrated the edibility of the organism by offering visitors spirulina crisps made by the lab’s in-house chef Simon Perez.

“We’re exploring the future of food and ways to improve the food system,” said Space10. “We believe that algae could provide the answer to some of the world’s biggest problems – from malnutrition to climate change.”

“Our aim was to trigger conversations about the topic and offer people a taste of the future. It is a showcase of a more sustainable tomorrow by bridging biology, engineering and design to reduce food miles, environmental pressures and set a new culinary standard around nutrients, flavour and freshness.” 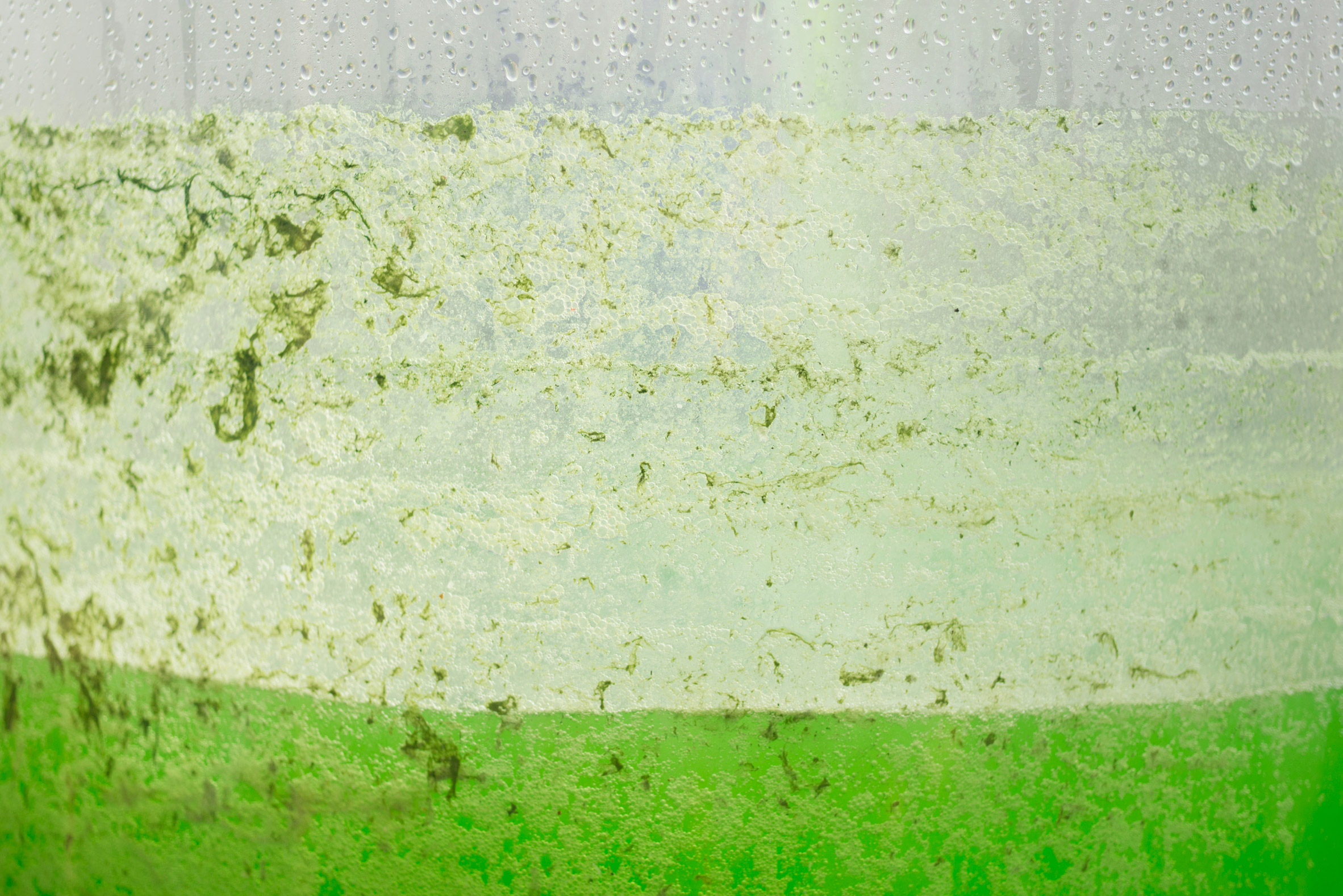 As a crop, microalgae is sustainable in nature as it can grow anywhere, requires less resources and grows at a much faster rate than regular crops. According to Space10 some strains of microalgae can double in size in just six hours. The process of growing it has air purifying effects to our atmosphere as it can reduce greenhouse gasses by turning carbon dioxide into oxygen during the process of photosynthesis.

The lab also contests that microalgae can have a wider impact on climate change by providing an alternative source of nutrition for livestock, eliminating the need to harvest soy beans – a major source of deforestation. 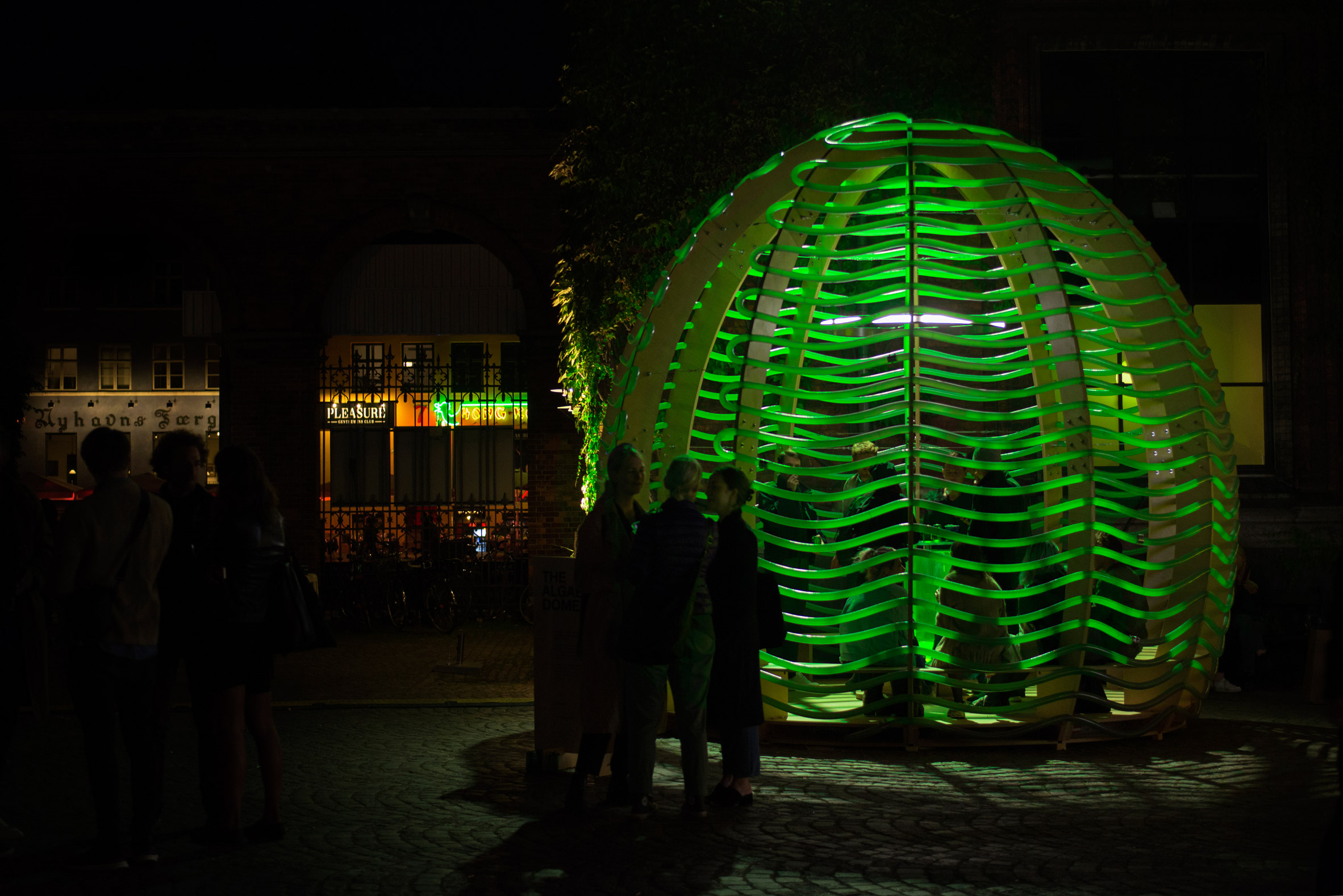 This movie is part of Dezeen x Mini Living Initiative, a year-long collaboration with MINI exploring how architecture and design can contribute to a brighter urban future through a series of videos and talks.