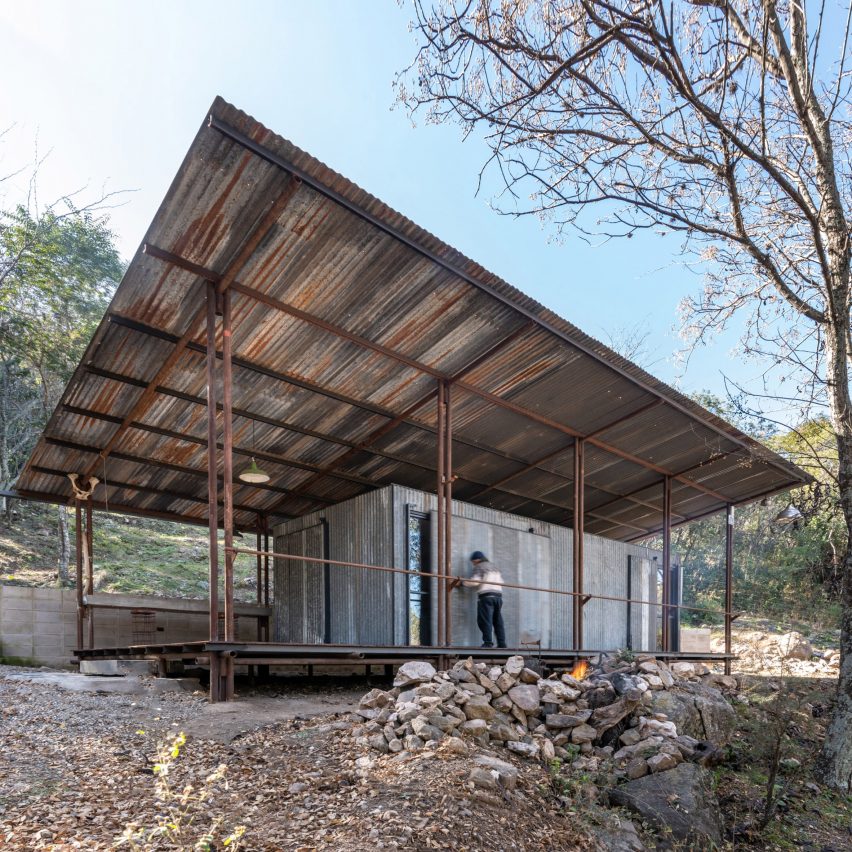 A slanted metal roof and deck help to shelter this cabin in Argentina, designed by STC Arquitectos using reclaimed materials like scrap metal and oil pipes.

Called Refugio en La Paisanita, the cabin is in the Argentinian town of La Paisanita on the Anisacate River and is nestled into a sloping, forested site with winding stone walls. 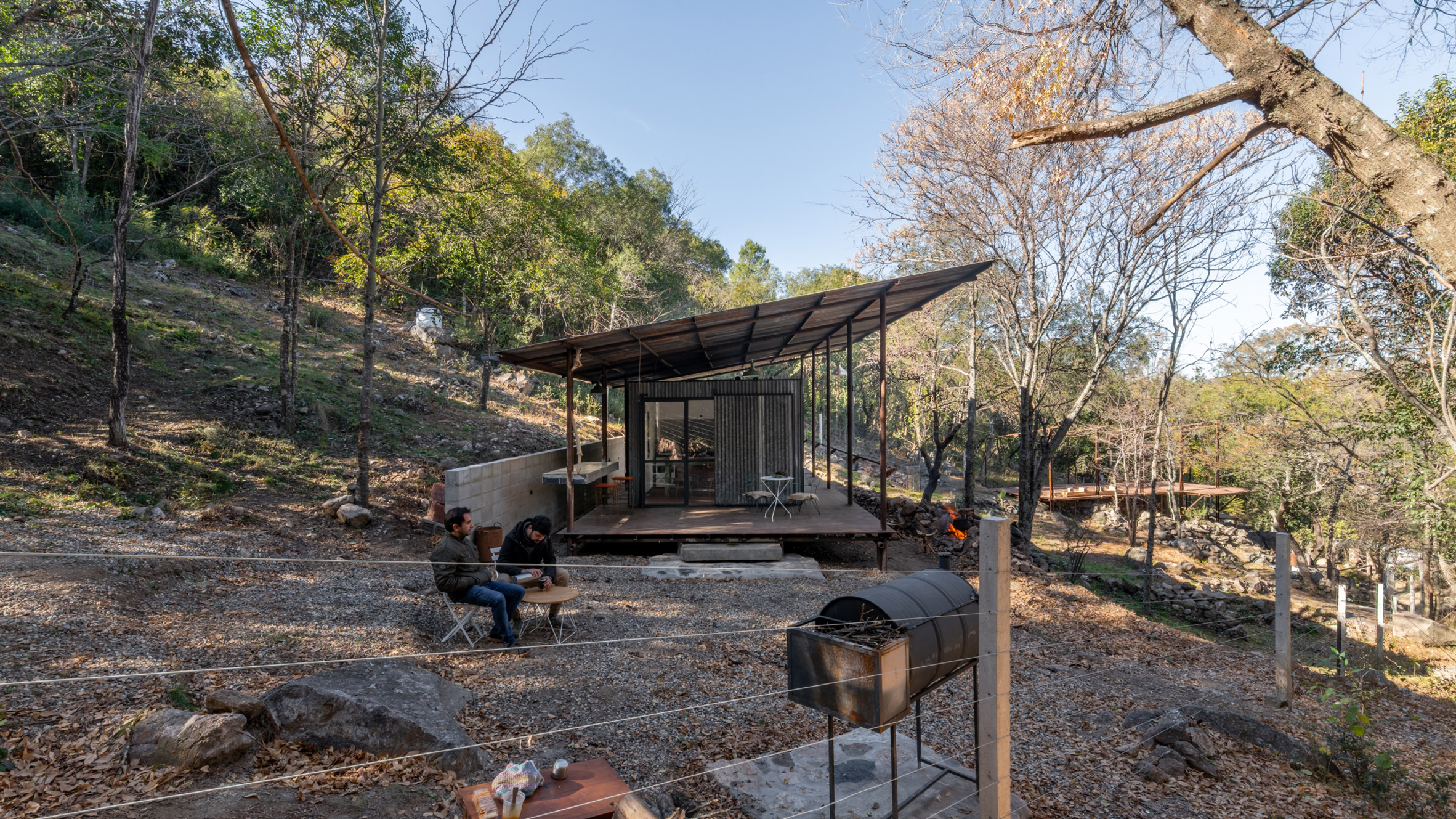 STC Arquitectos said it designed the 60-square-metre project to be mindful of the environment, using recycled materials and elevating it on stilts so it doesn’t damage the forest floor.

“In terrain with a steep slope and vast vegetation located in the heart of Cordoba, Argentina, we find this small refuge that respects the characteristics of the natural soil and preserves the existing flora without altering the mountain landscape,” the studio said. 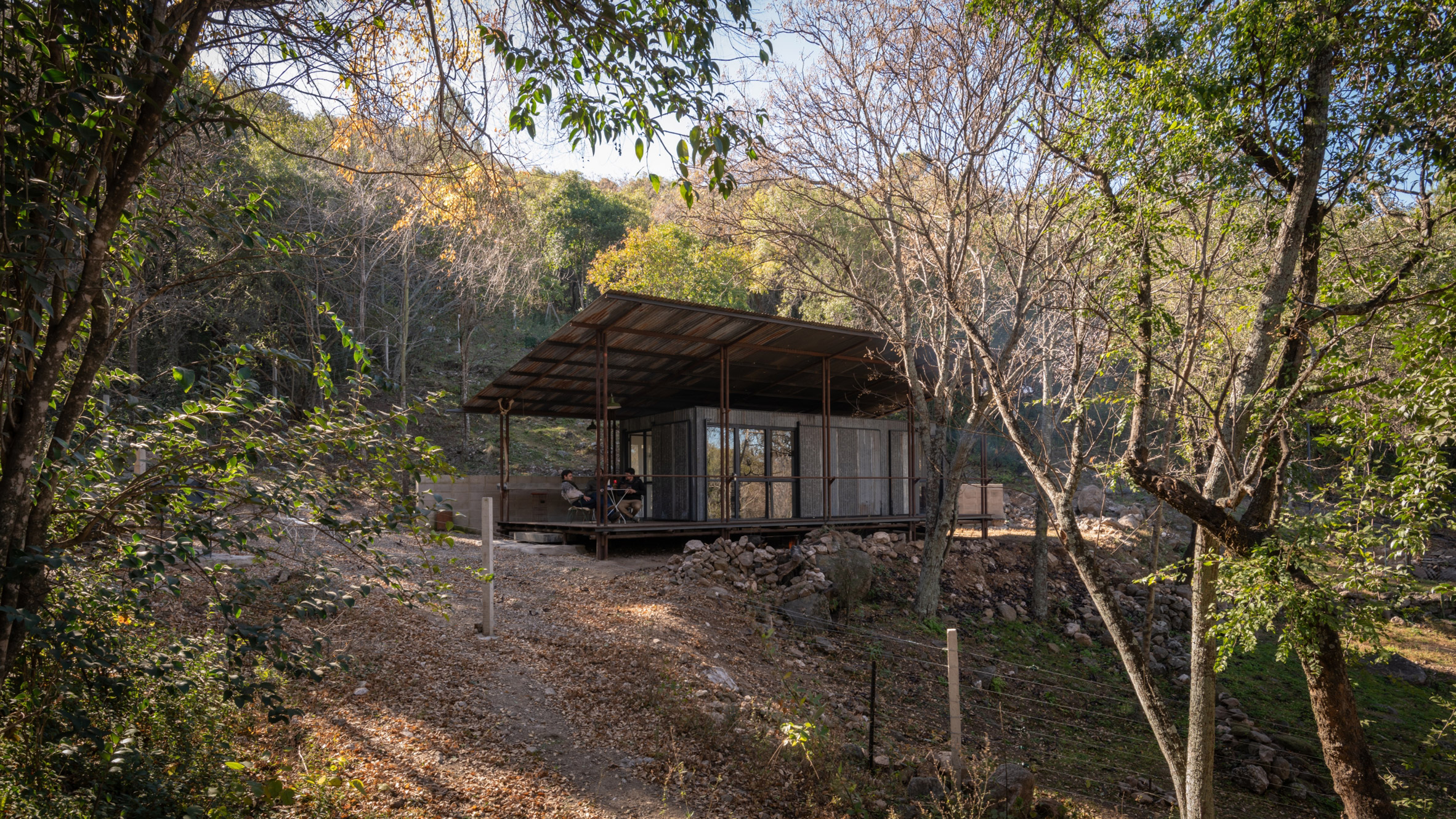 Using disused materials also created a structure that was affordable to build and maintain, and weather resistant.

“The project pursues an awareness speech about recycling, proposing a sustainable solution that reuses different materials based on an austere, economic and easy-to-maintain architecture that adapts to the conditions of the site,” STC Arquitectos added. 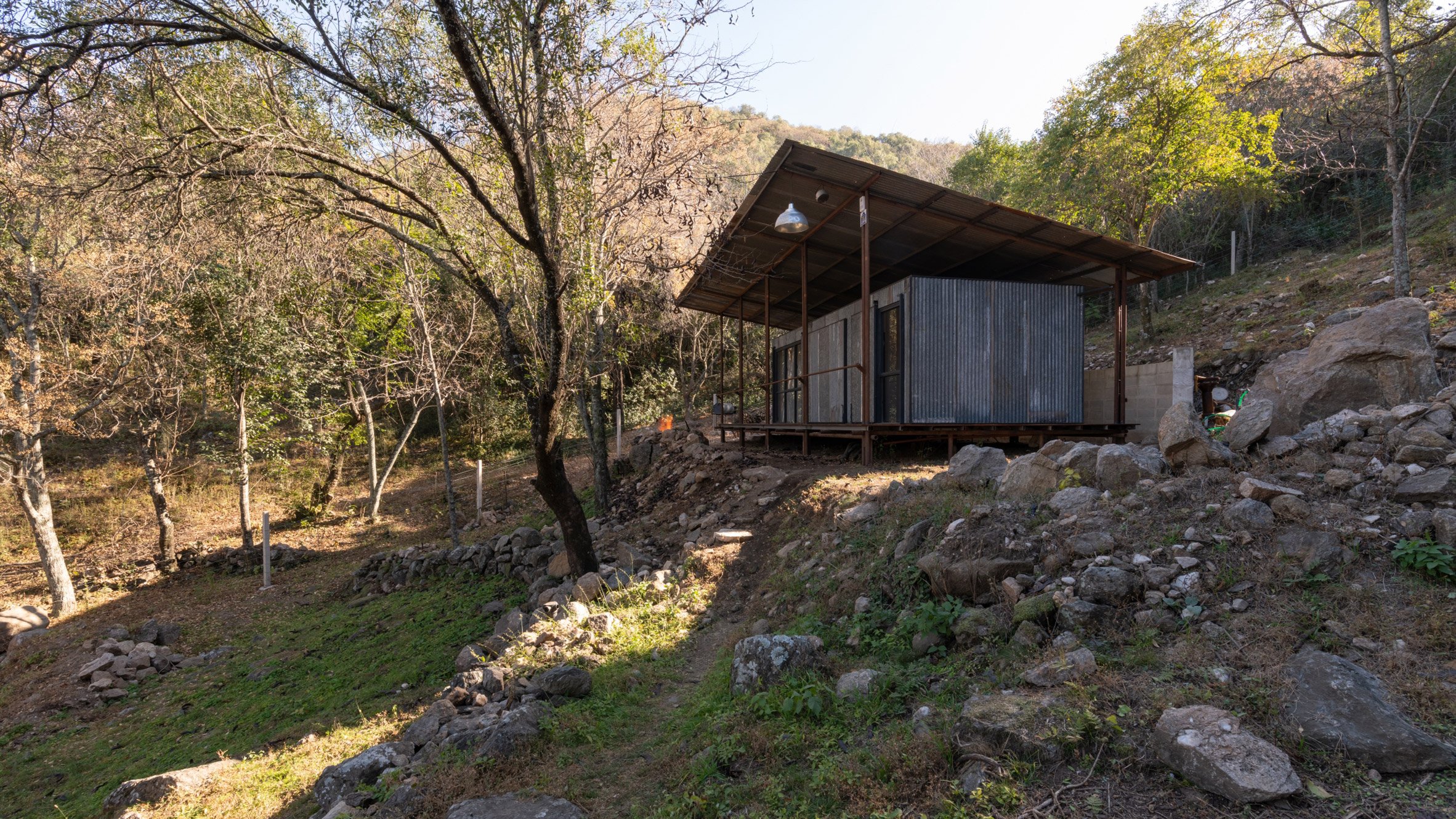 The cabin features a frame of metal pipes sourced from disused oil pipes that are placed vertically and horizontally. A deck laid on top comprises recovered eucalyptus boards.

“Disused materials were recovered, processed in the workshop and transferred to the site for assembly, the choice of materials and finishes combine technological sustainability with a strong adaptation to the local climate and low environmental impact,” said STC Arquitectos. 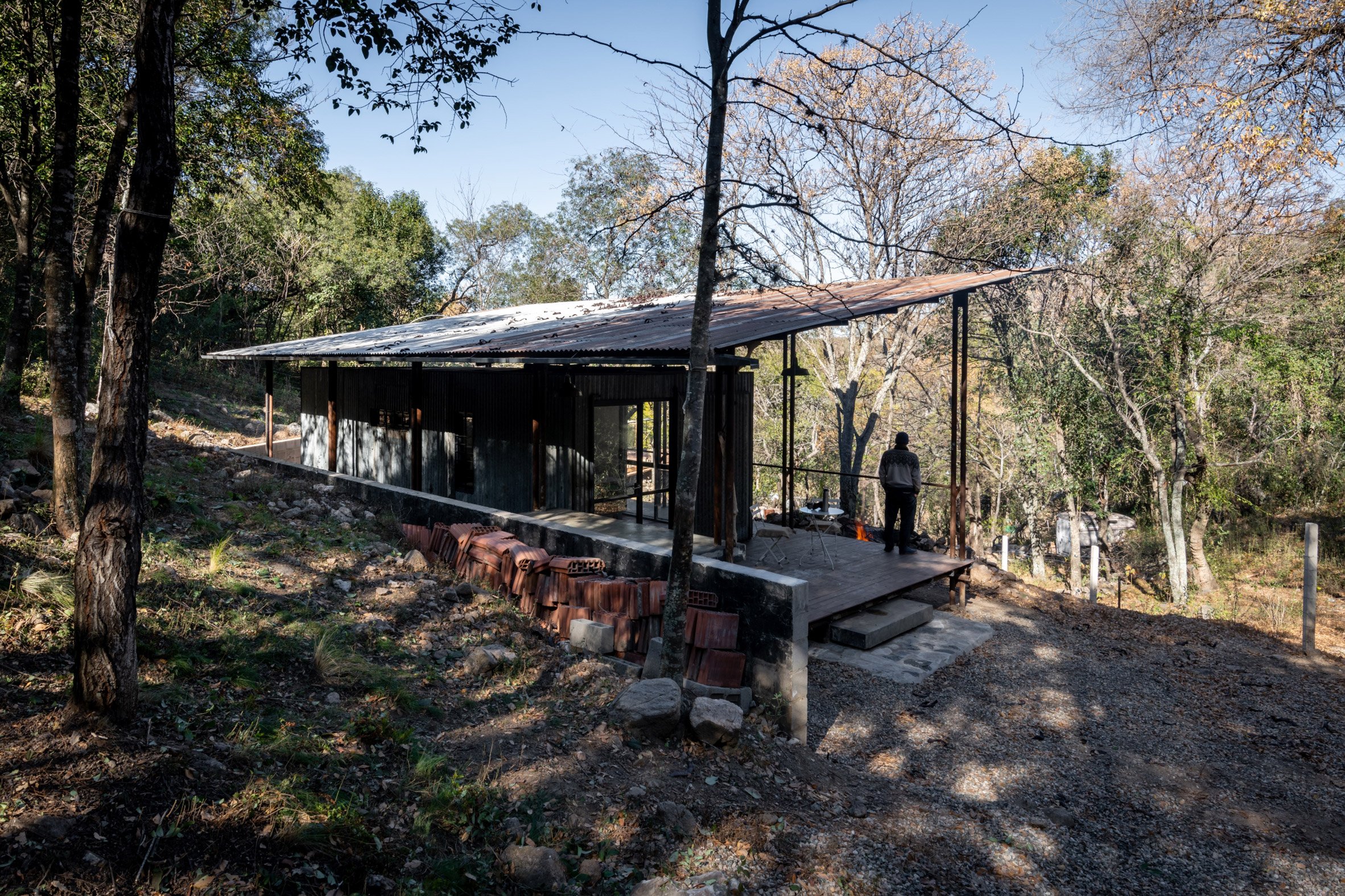 At the rear of the property, a concrete barrier wall nestles into the slope.

A feature of the cabin is a large corrugated metal roof that slants upwards in the opposite direction of the hill below. The metal panels rest on a series of vertical pipes around the perimeter of the deck. 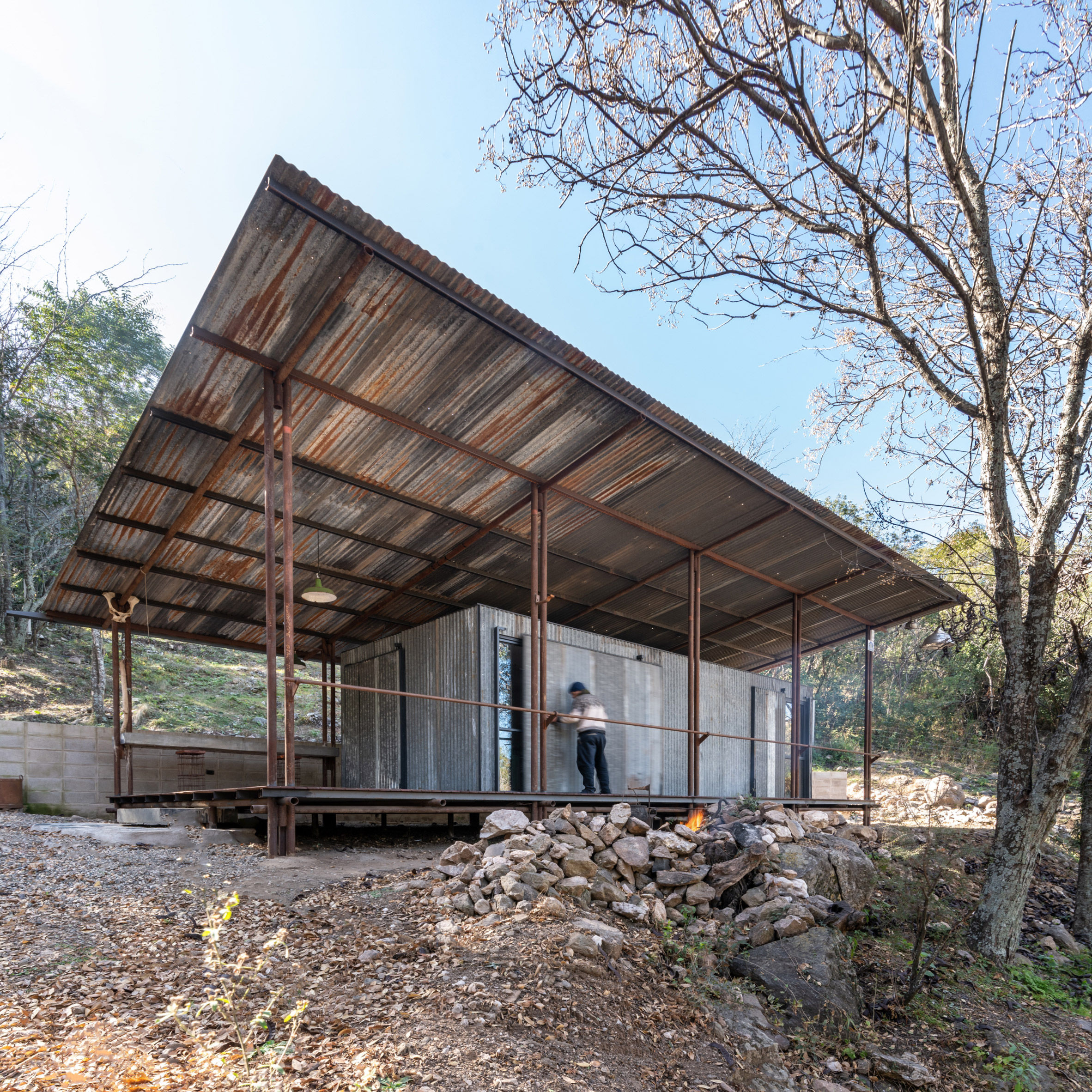 The roof creates a covered patio that wraps around the cabin in a U-shape and also protects the smaller roof of the cabin itself, which is a boxy construction clad in more metal panels. All of the metal sheets were sourced from an old field shed or from demolitions and have a rusty appearance. 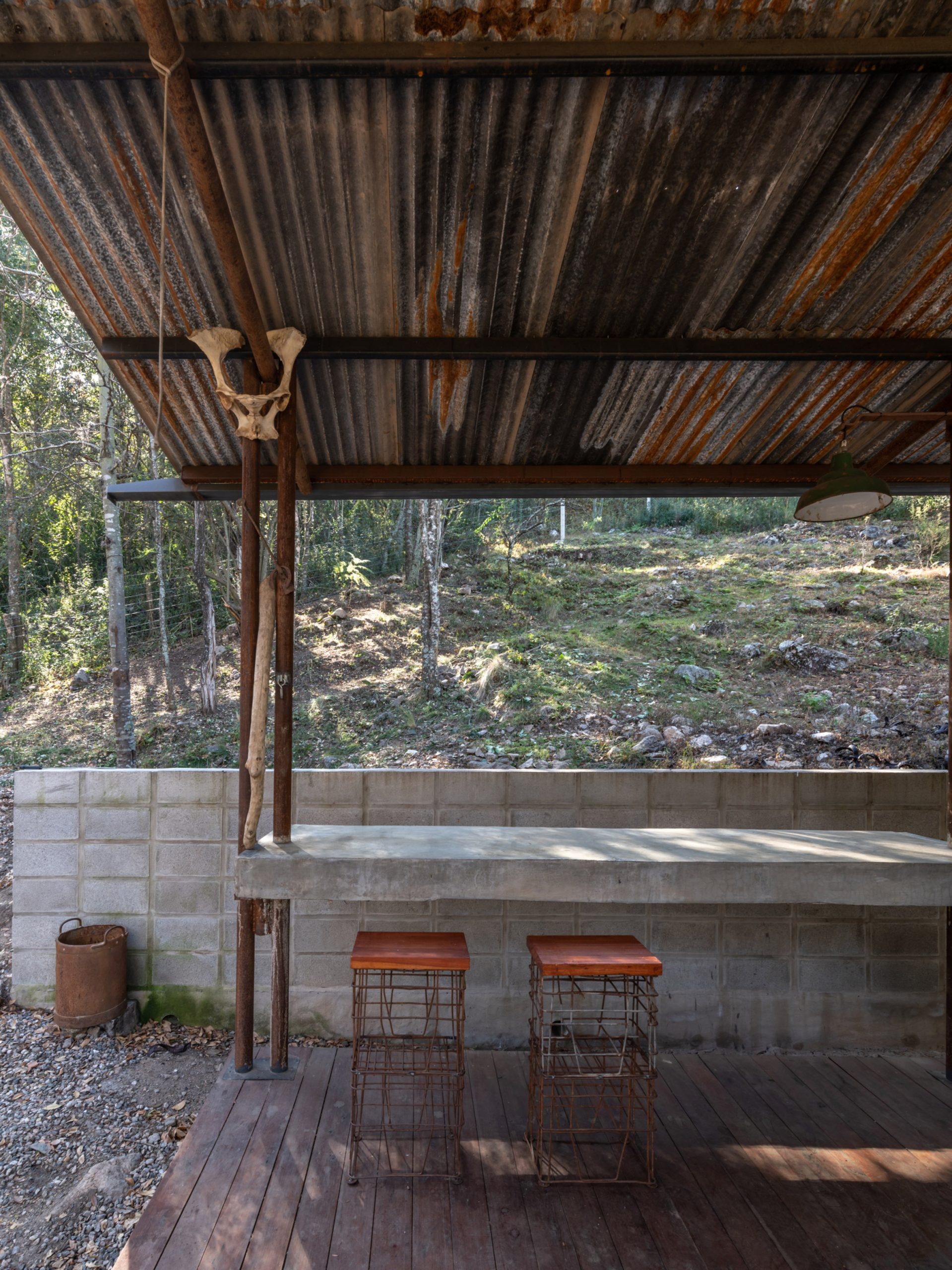 Windows and glass doors with black frames puncture the three sides of the cabin and can be covered by sliding doors also of corrugated metal. The design allows for the dwelling to be closed off, depending on the weather or if not being used.

Inside, the unit accommodates a living room and kitchen, a bathroom and a bedroom. Wood floors, white walls and recycled barn doors outfit the minimal space, while openings are also made with scraps of pipes. 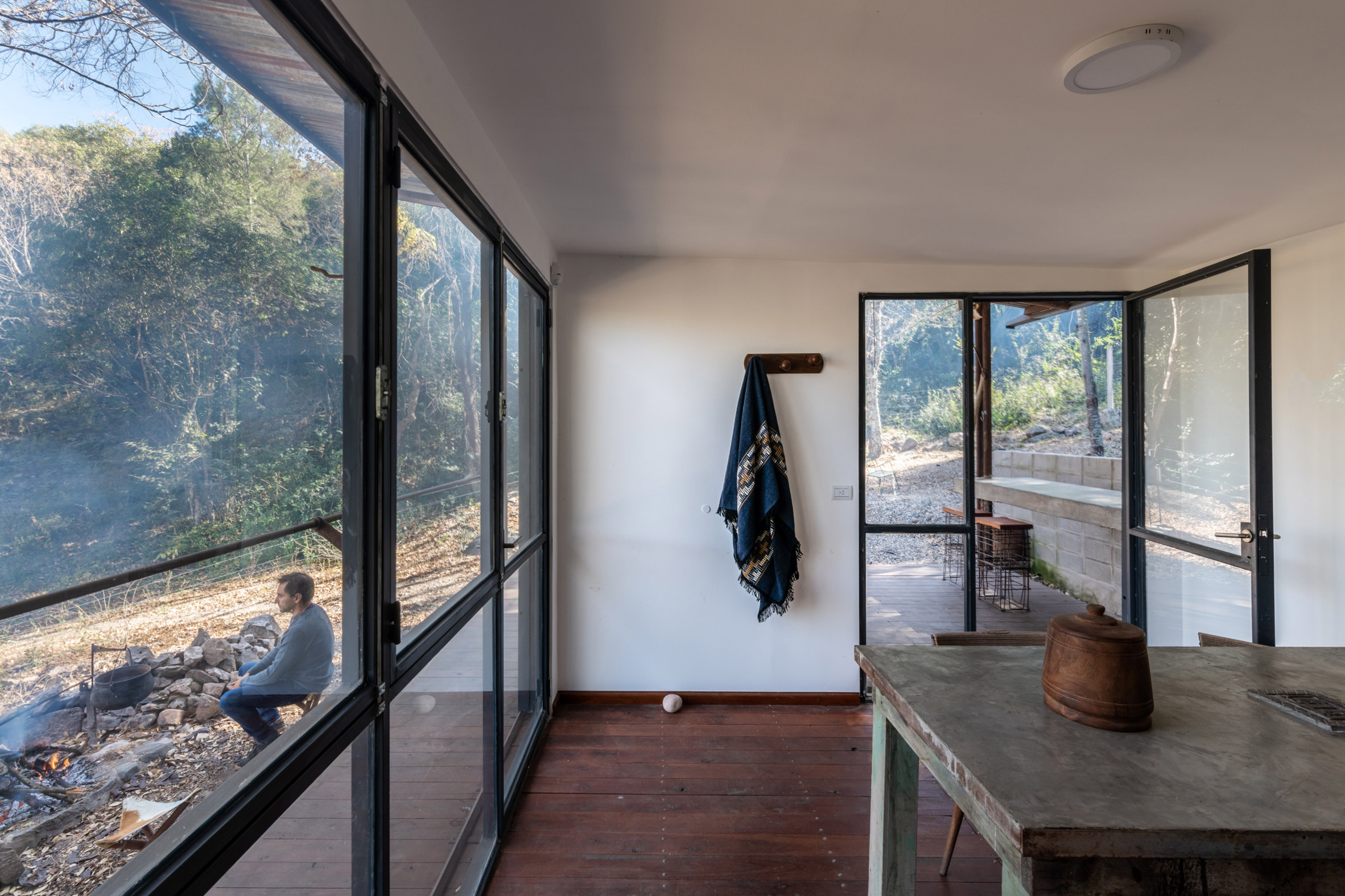 Outside, the deck is complete with stools, two overhead lights and a reinforced concrete counter built into the barrier wall.

STC Arquitectos is based a 30-minutes-drive north from the cabin in the city of Alta Gracia and is led by Juan Salassa, Ivan Castañeda and Santiago Tissot. 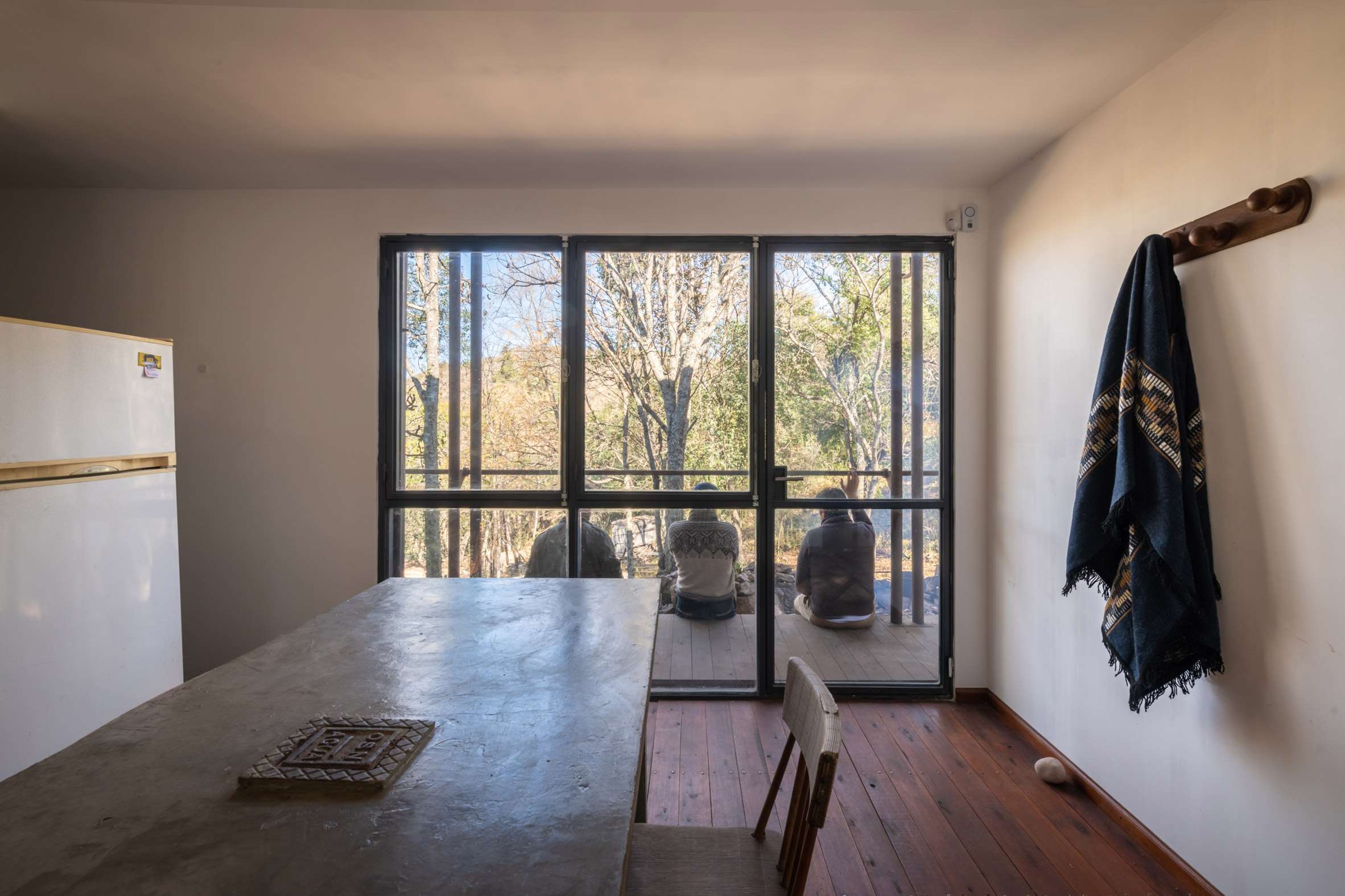 Other cabins in South America are ZeroCabin in Chile, a black unit by Felipe Lago and Minimod Curucaca in Brazil, while the top ten cabins on Dezeen in 2019 included a shelter on the water in Norway and a silvery outpost in the Swiss Alps.

Photography is by Gonzalo Viramonte.