london-based stephen taylor architects artfully revitalizes the historic shatwell farm, an enclave that has seen a slow decline over recent decades. sited in england’s rural somerset county, several of its agricultural buildings had been deemed derelict and in need of a broad and sensitive regeneration. the collection of presented buildings make up part of a larger project to renew the farmstead at shatwell, introducing a renewed vigor to its dairy farming activities and intensifying the working environment of the farmyard. 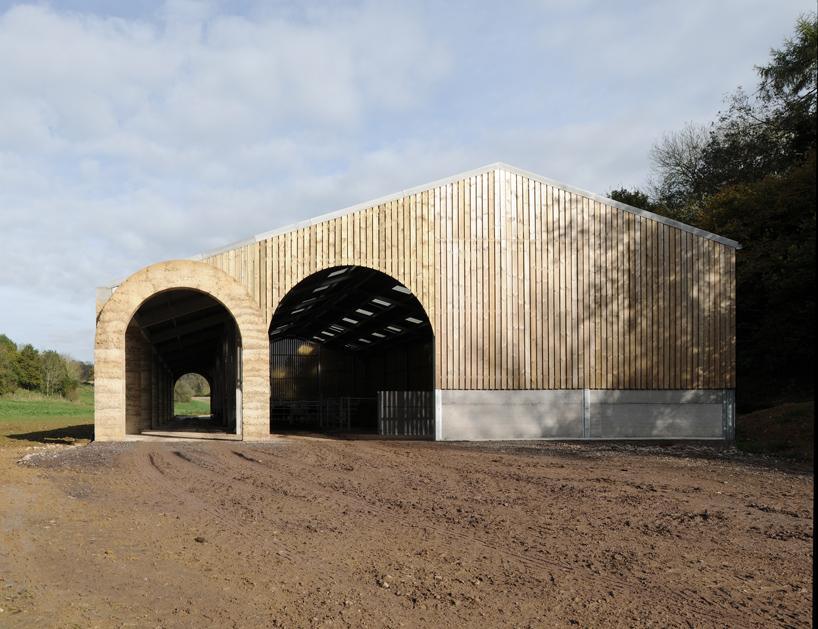 along the northern edge of the shatwell farmstead, stephen taylor architects introduces two colonnaded agricultural buildings, a new cowshed and its associated haybarn. the cowshed is the single largest building within the group, capable of accommodating fifty cows. it is positioned with its covered feed line forming an open stoa as part of a walking route through the valley, from the neighboring hadspen estate onto the farm. the new pair of buildings face each other across the mouth of the valley to frame the entrance into the built complex from the open countryside beyond. 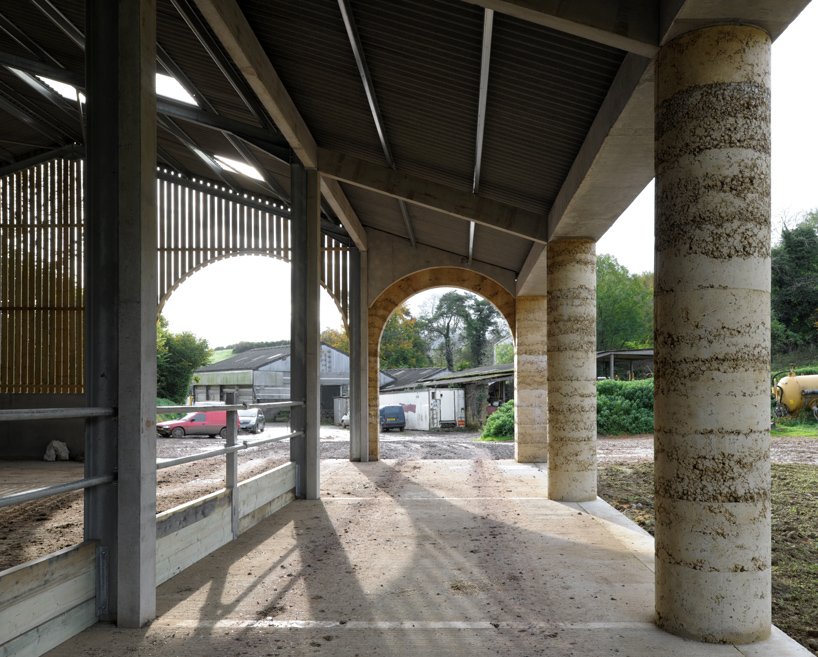 the colonnaded elevation of the shatwell farm cowshed is built of a semi-dry cast concrete using locally quarried stone. the design team at stephen taylor architects makes use of this material in acknowledgment of the civic role played by the building. this is further echoed by the colonnaded front of the haybarn, expressed with a red clay pressed brick, laid with rich surface textures in a radial dogtooth pattern. the two new buildings work together alongside several existing structures to strengthen the edges of the farmyard and provide accommodation for a range of disciplines. 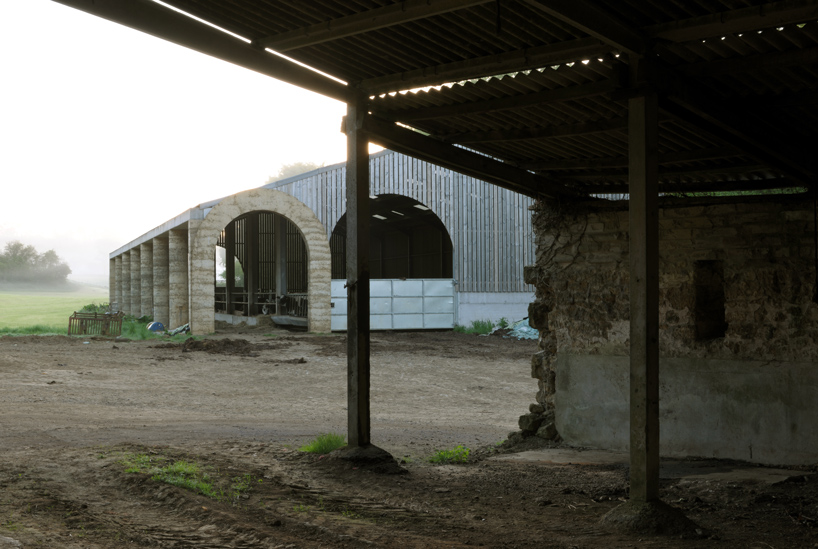 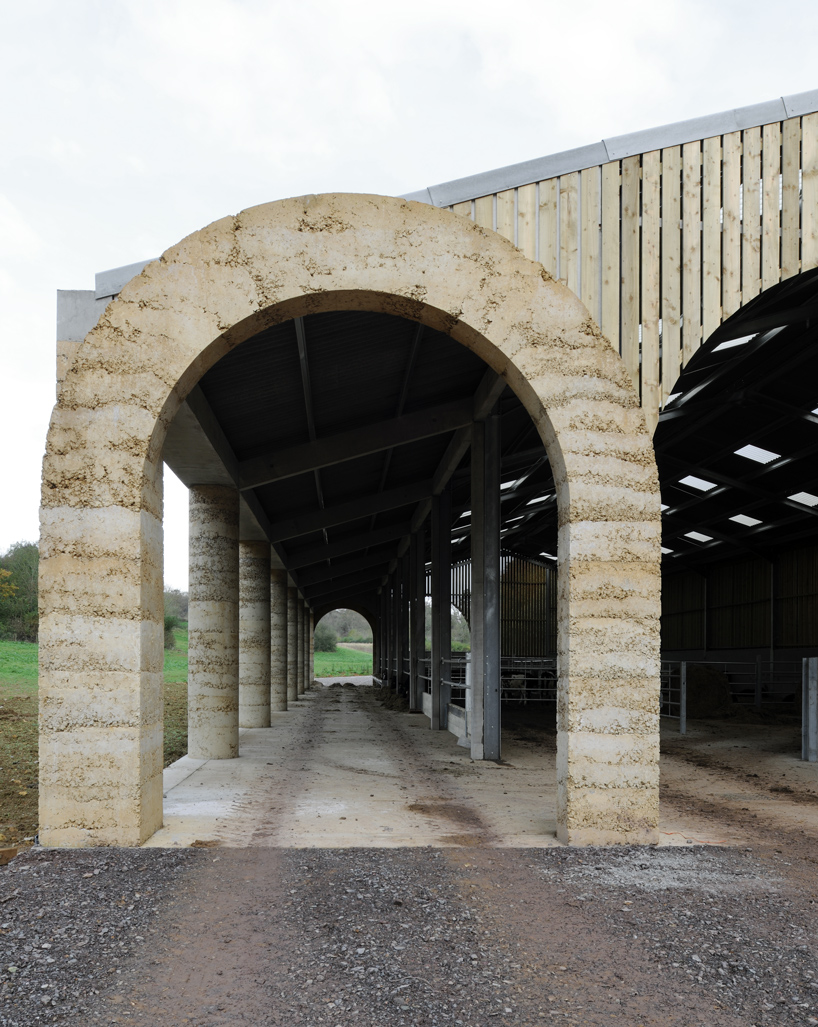 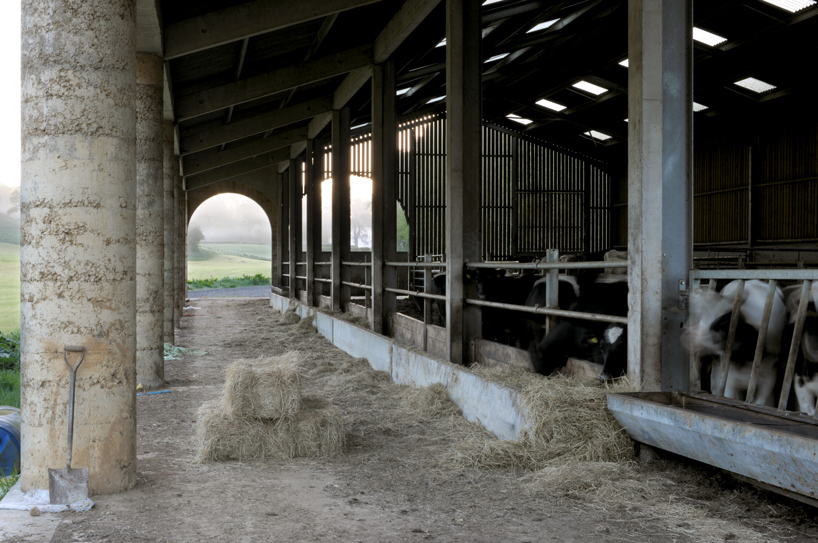 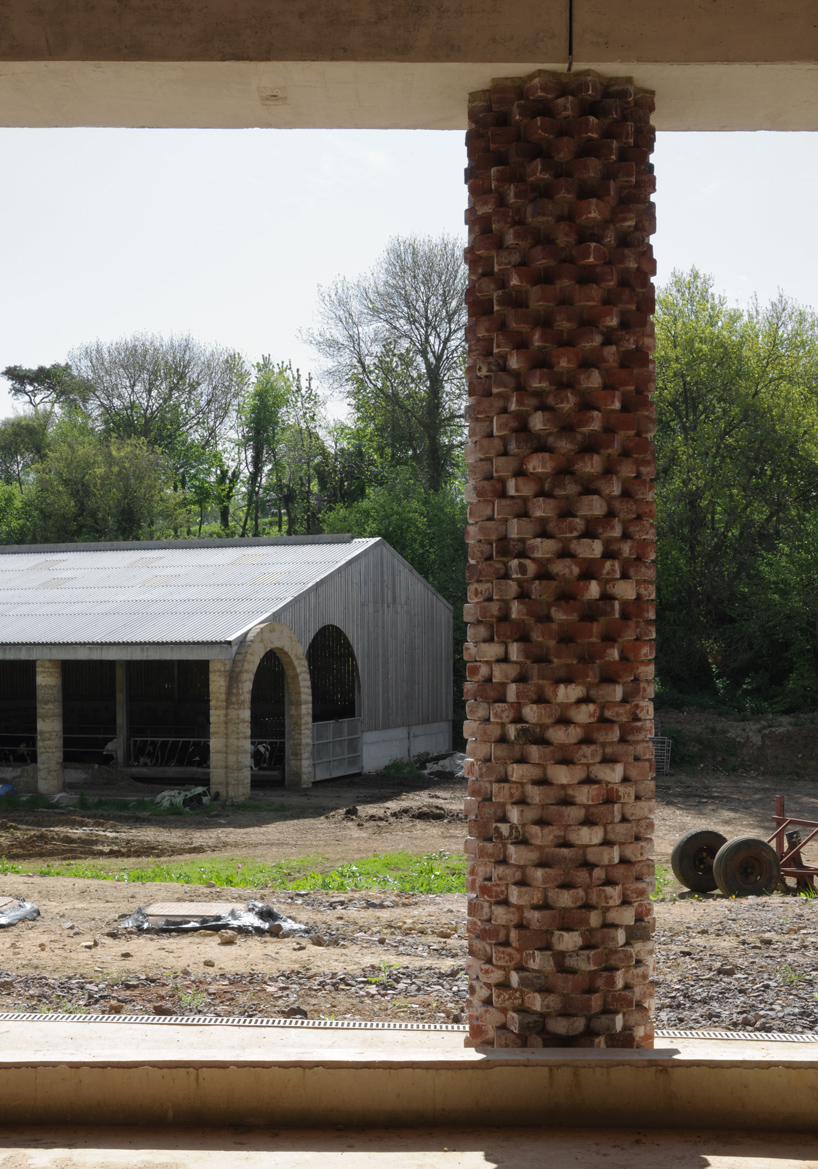 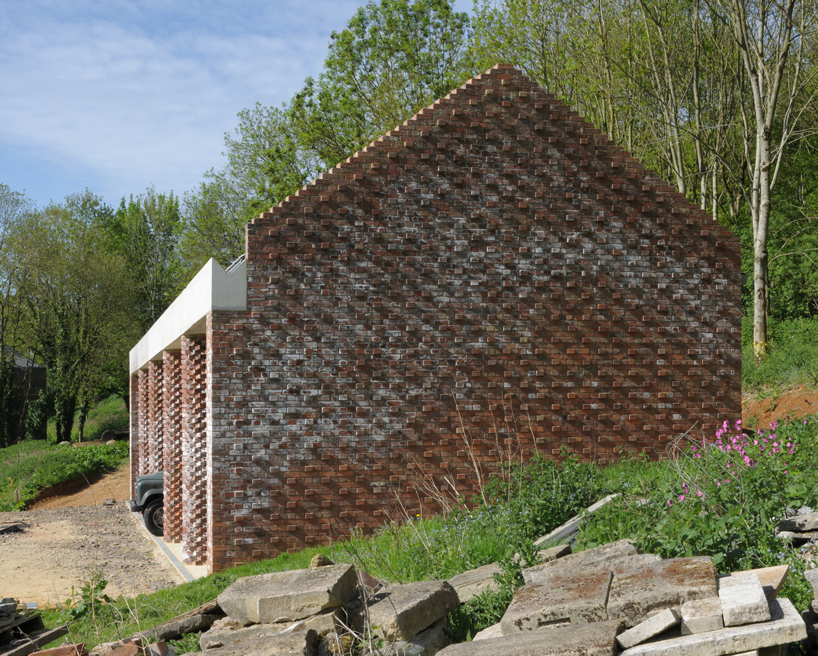 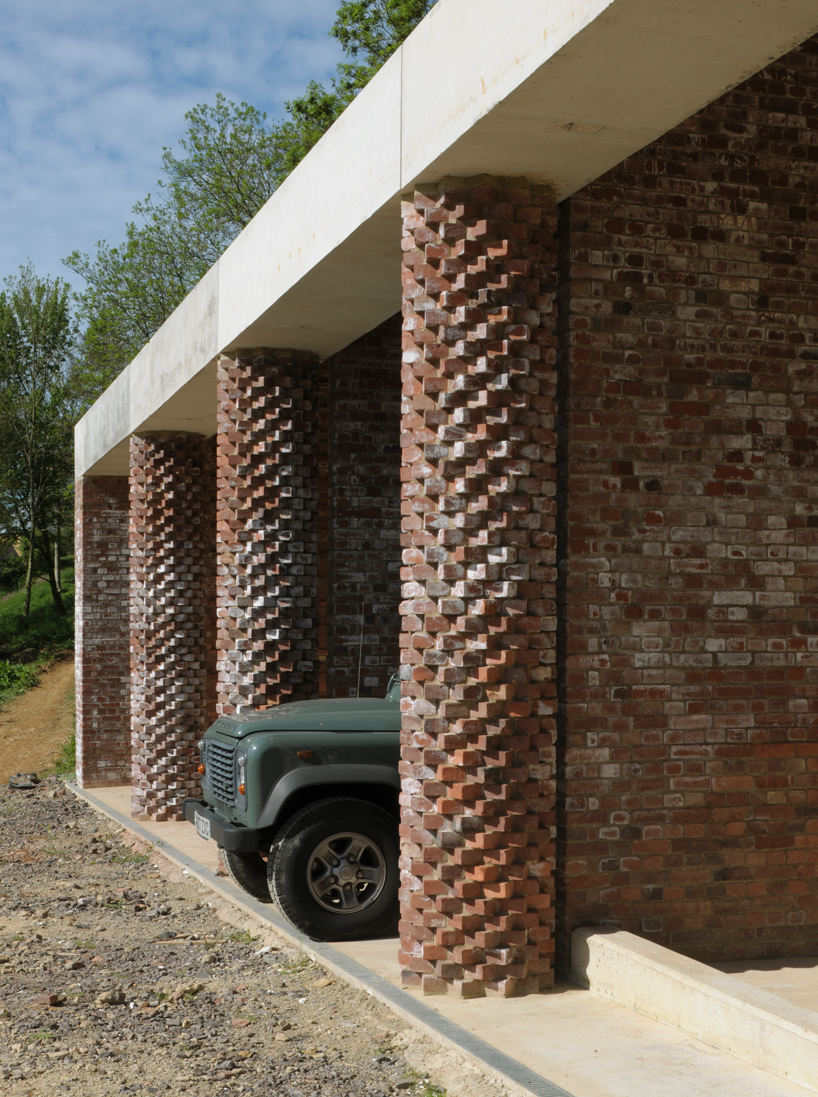 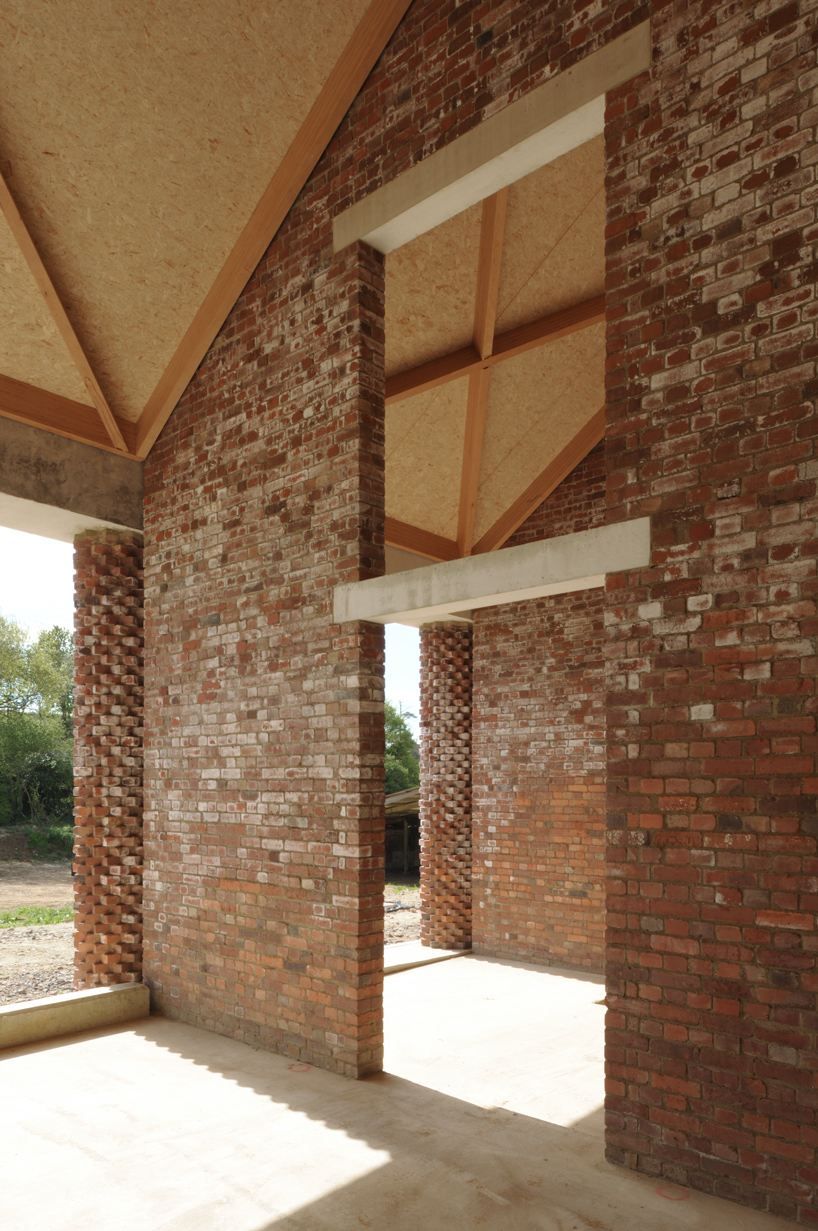 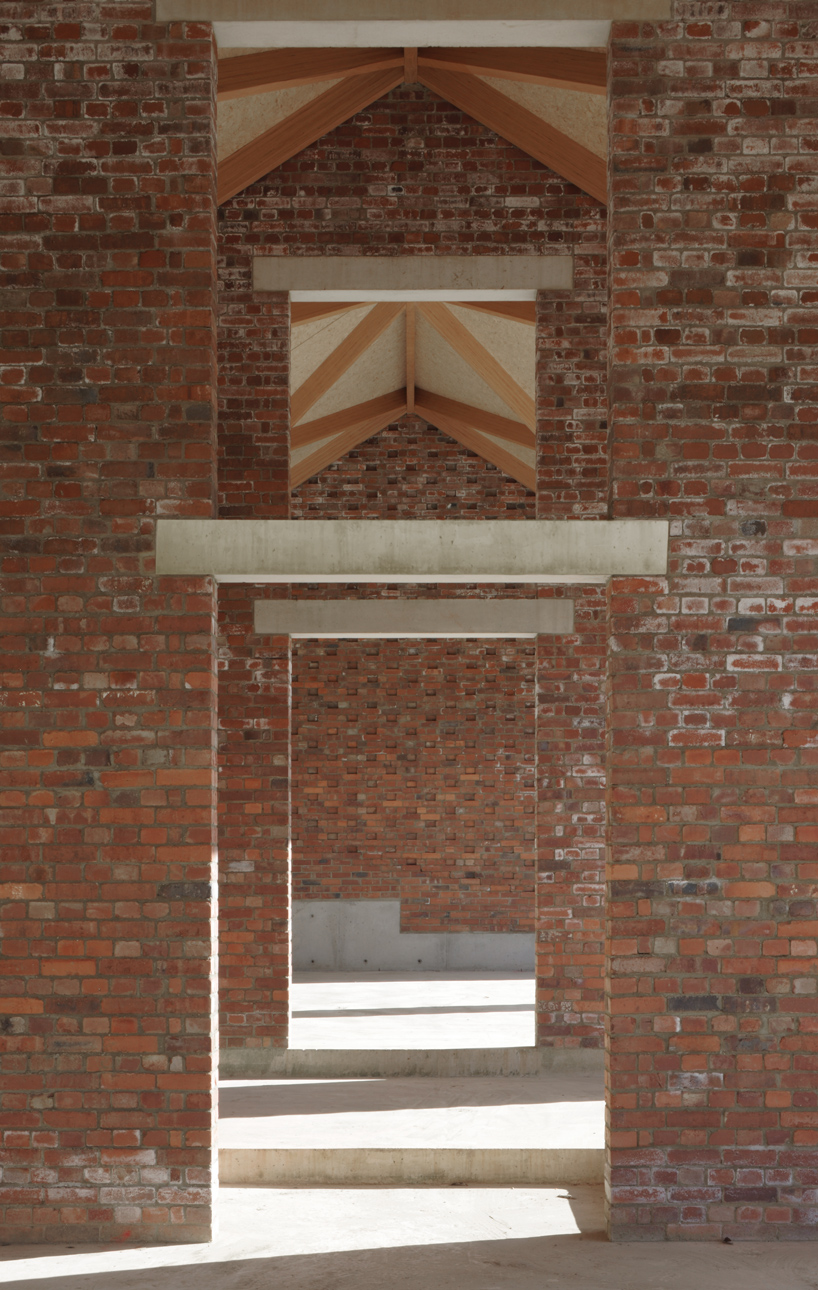 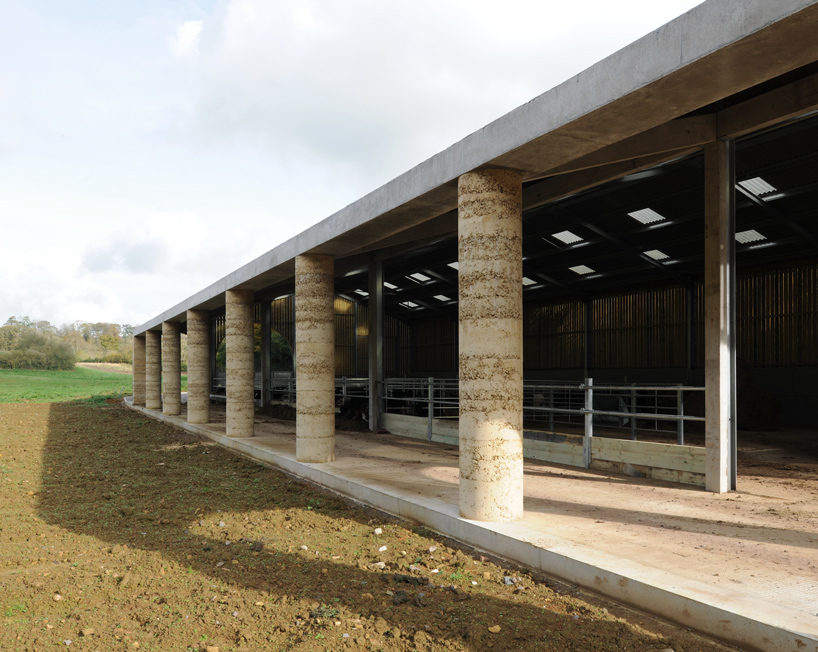 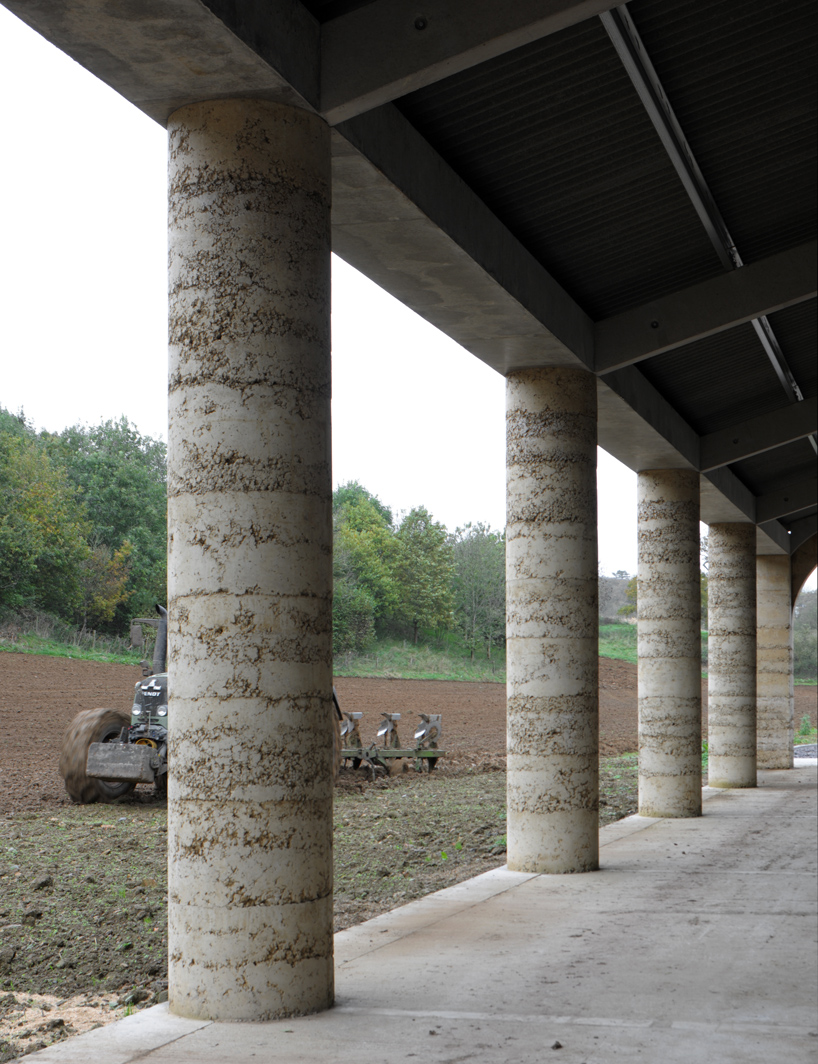 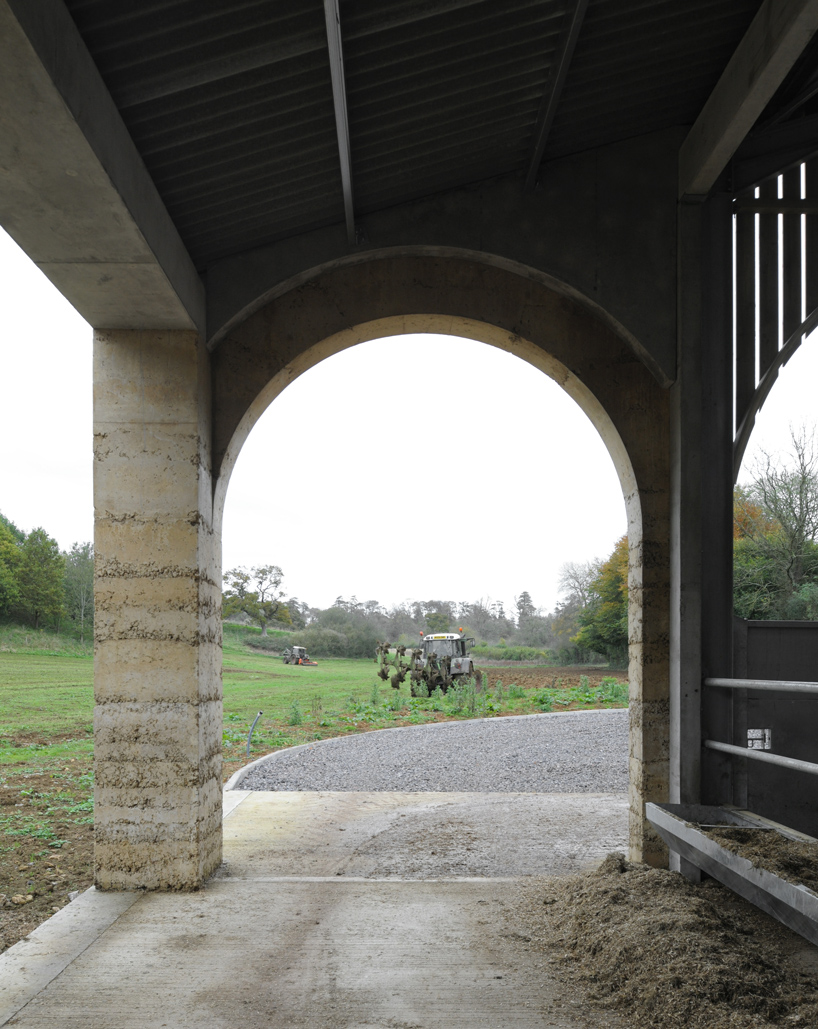 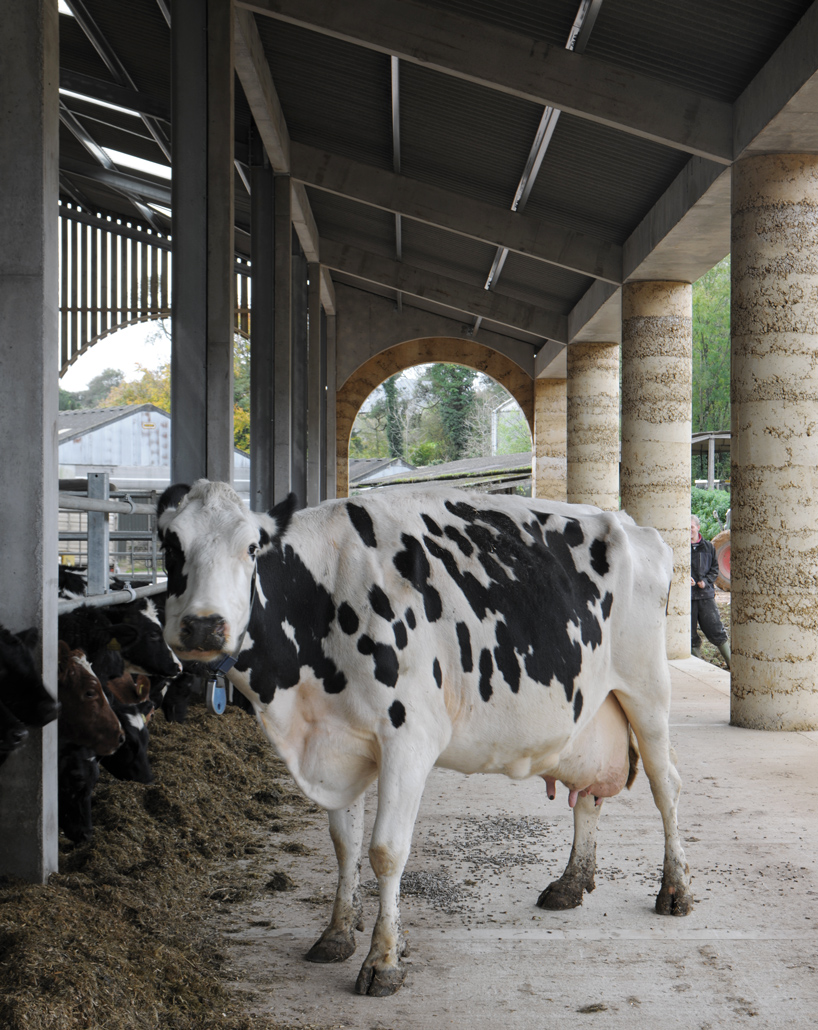