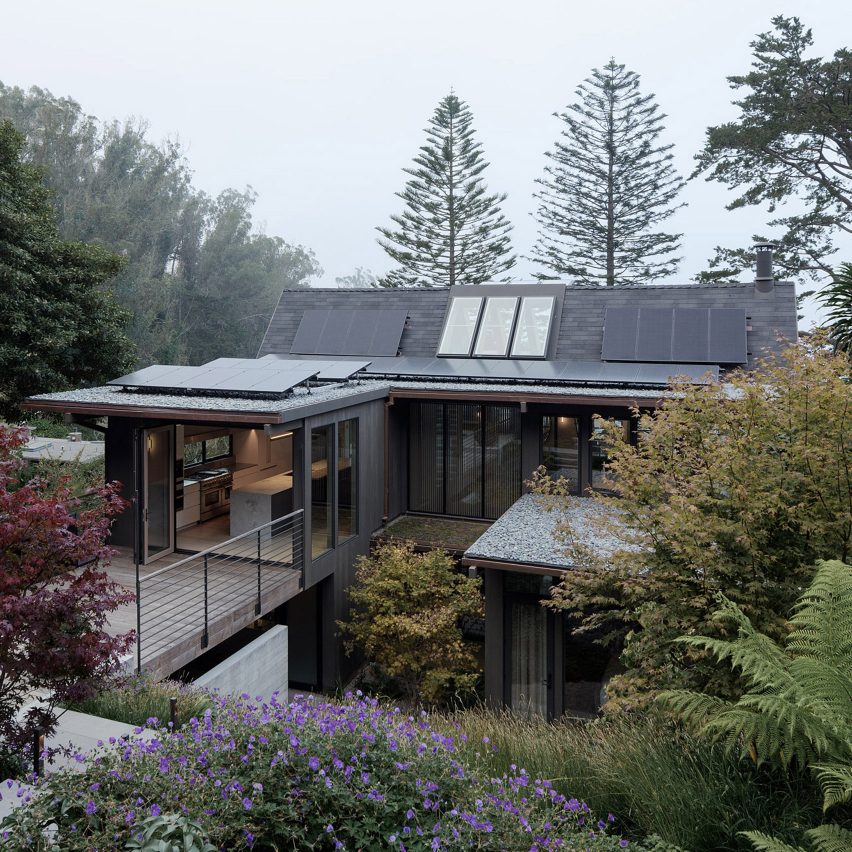 Tiered gardens, a plunge pool and a triangular loft are among the features that US studio Feldman Architecture has included in the overhaul of a 1960s house in San Francisco. 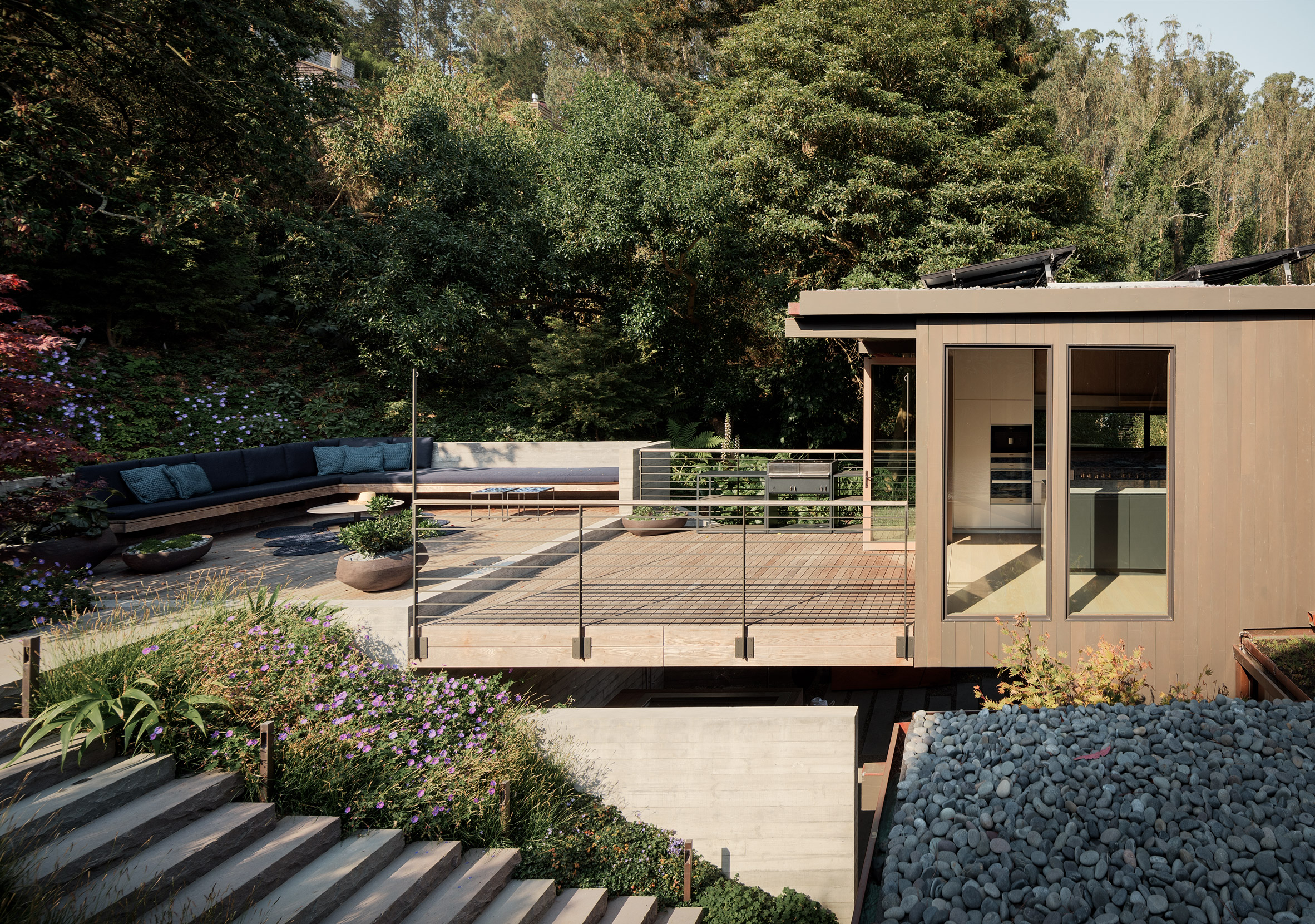 The 2,9955-square-foot (278-square-metre) residence is nestled into a sloped site in San Francisco’s Twin Peaks neighbourhood. 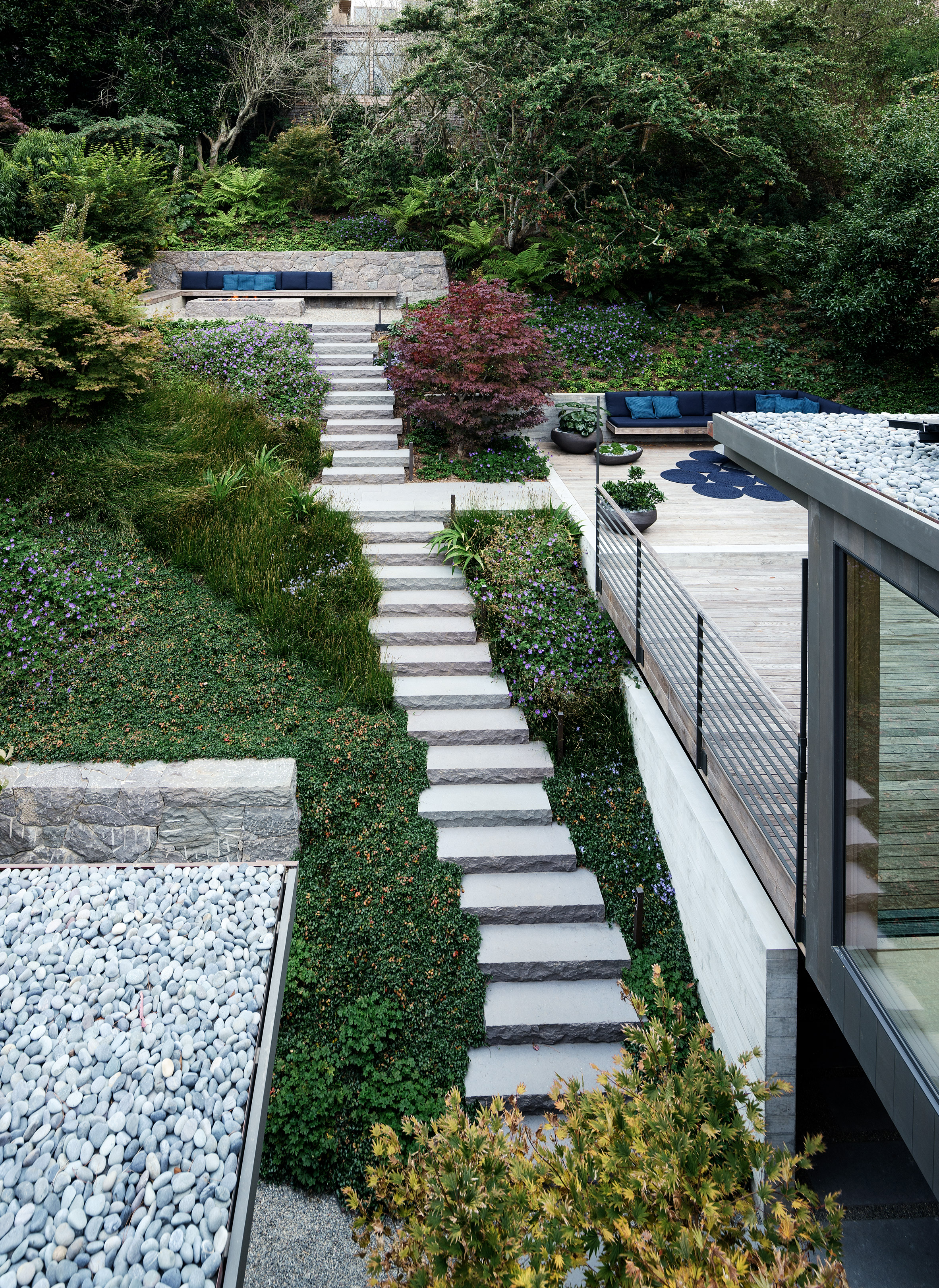 The project involved the remodel of a wood-clad house designed by architect Albert Lanier, who completed a number of homes in the area. It was completed in 1964.

The current owner, a businesswoman with contemporary tastes, initially requested a small list of updates – but the project expanded over time. “A first round of interventions included new white oak floors and staining the ceilings a neutral gray,” said locally based Feldman Architecture. 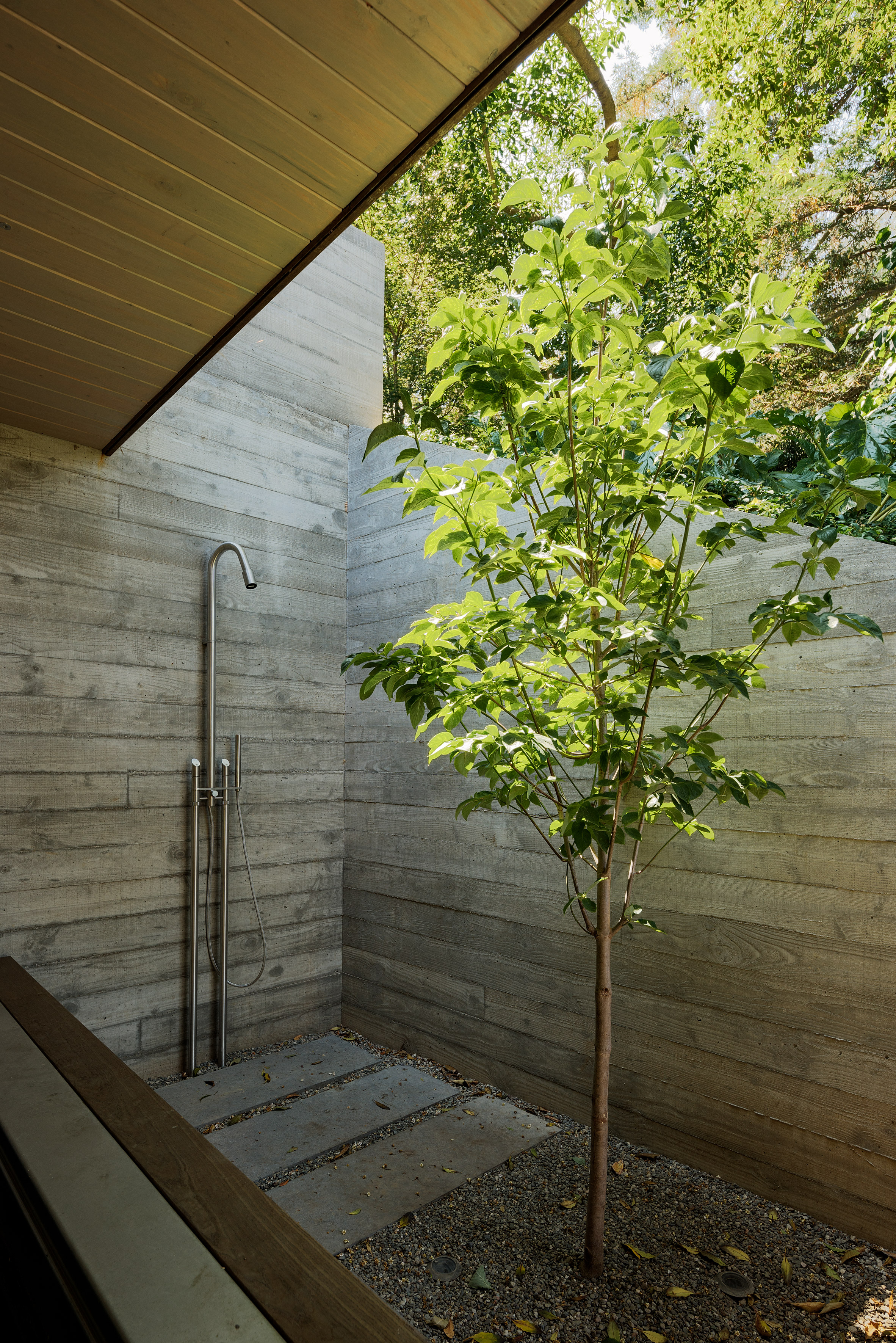 “Subsequent phases addressed more fundamental aspects of the house, including re-imagining the house’s layout and creating more open interiors that better connected to the adjacent, steeply sloped backyard,” it added. 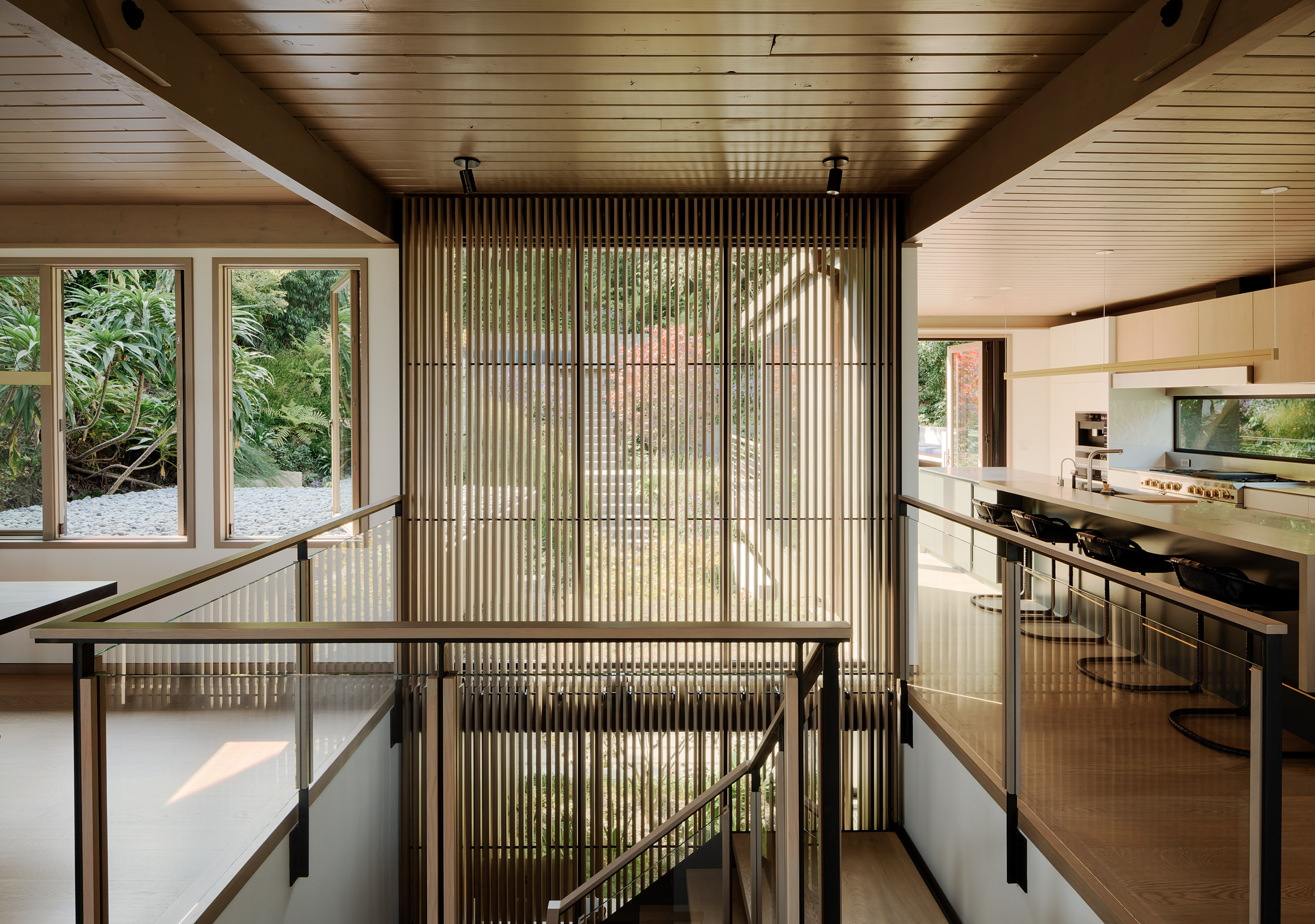 The Twin Peaks Residence has three levels. The bottom floor contains a foyer and two garages, the second storey houses bedrooms and an office, and the top floor encompasses a living room, dining area and kitchen. 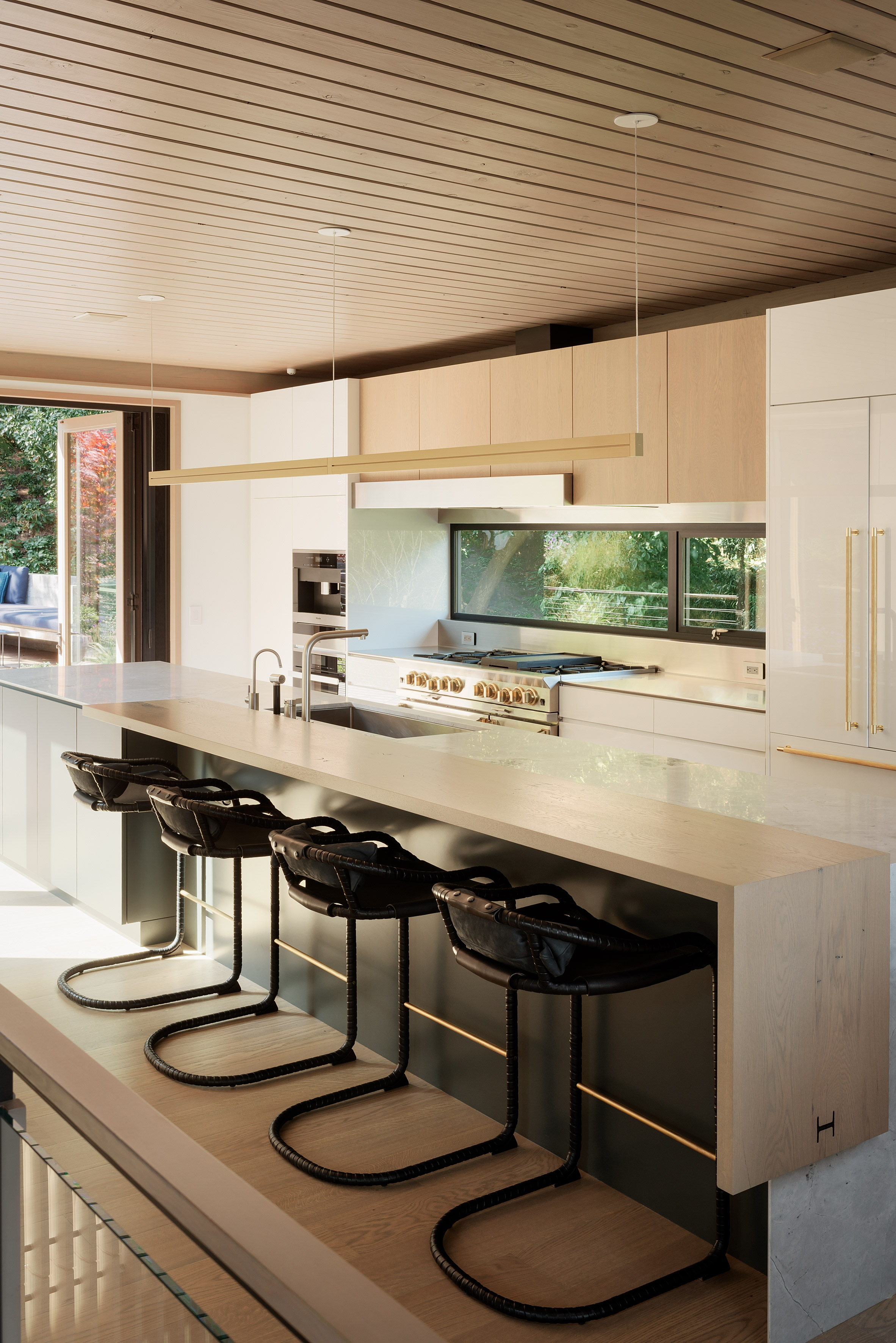 The backyard features stepped gardens with lush greenery, a fire pit and a connecting stair. Exterior walls received new windows and wood siding. Inside the home, one of the most pivotal changes involved moving the staircase closer to the back of the floor plan, resulting in more open and light-filled rooms. The team also moved the kitchen to the rear of the property to provide a connection to a new outdoor deck with ample seating. 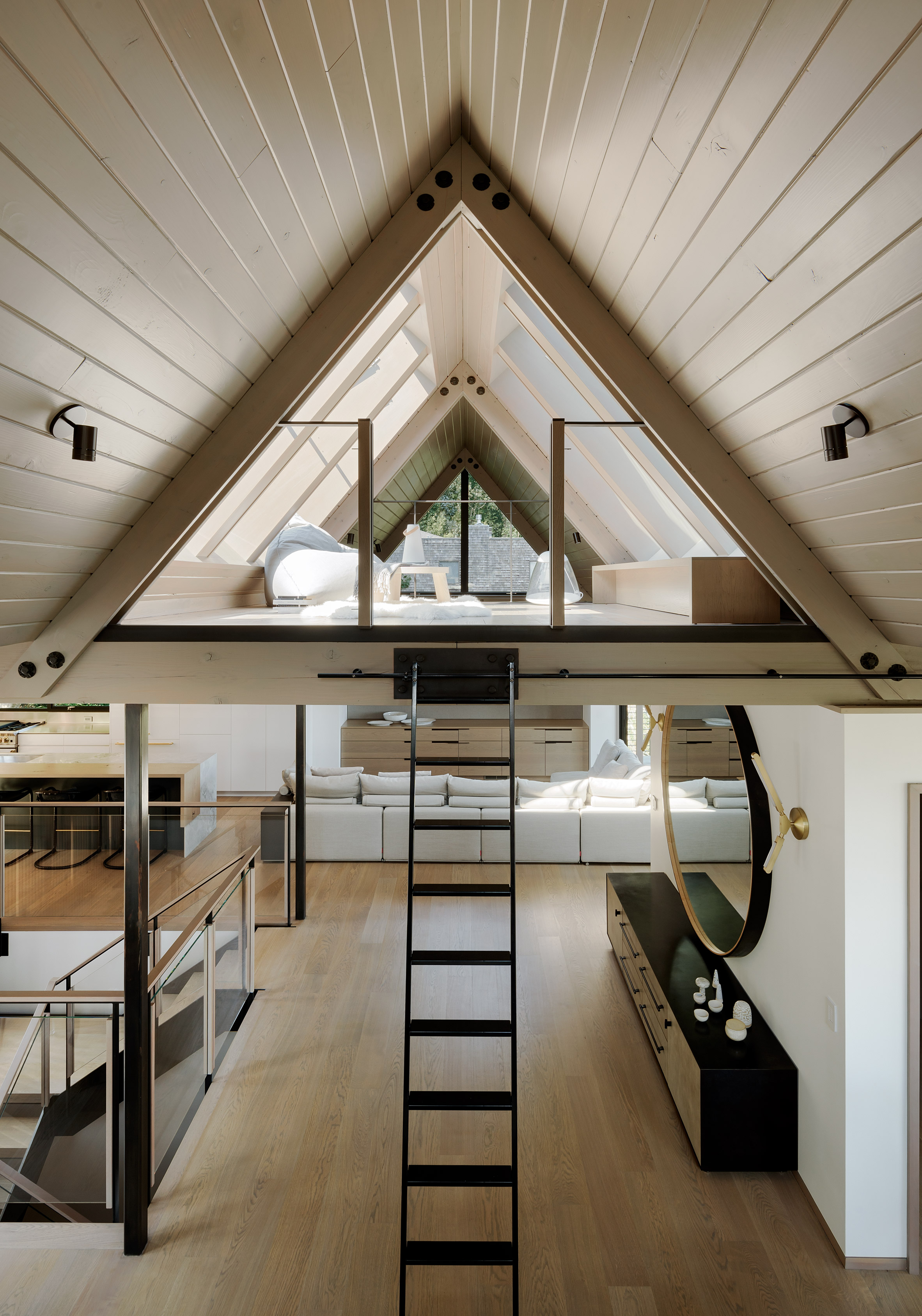 The top level features high, peaked ceilings. Capitalising on the height of the space, the team inserted a triangular loft that is accessed via a black ladder. Large windows bathe the reading nook in daylight.

“The skylights open to a roof deck that boasts views of the Golden Gate Bridge and encourages natural ventilation on hot days,” the team added. The second floor contains three bedrooms, including a master suite that merges with an outdoor spa featuring a shower and cold-plunge pool. The ground-level foyer is fitted with a stone bench and micro garden. Throughout the dwelling, the team used neutral colours and earthy materials.

Original wooden trim, which had yellowed over time, was re-stained. In certain areas, the team added wooden screens to filter daylight and provide privacy. 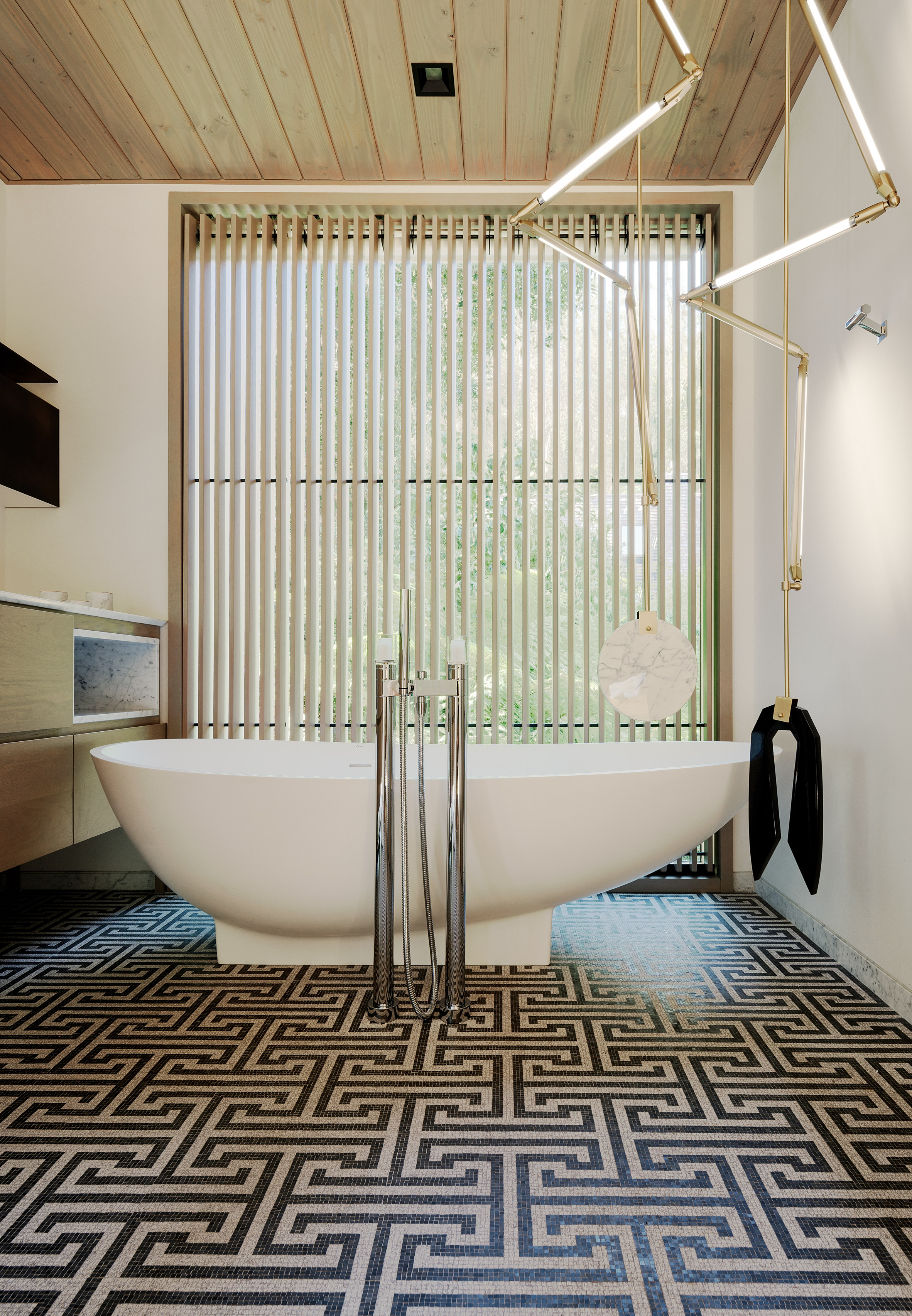 Established in 2003, Feldman Architecture has completed numerous modern-style homes in California. Other projects by the studio include the Meadow Home, which sits atop a grassy knoll, and the Butterfly House, which features concrete walls, large windows and V-shaped roofs.