Construction has begun on a wedge-shaped building by American architect Steven Holl for the Museum of Fine Arts, Houston, which will provide a new entry point to the campus. 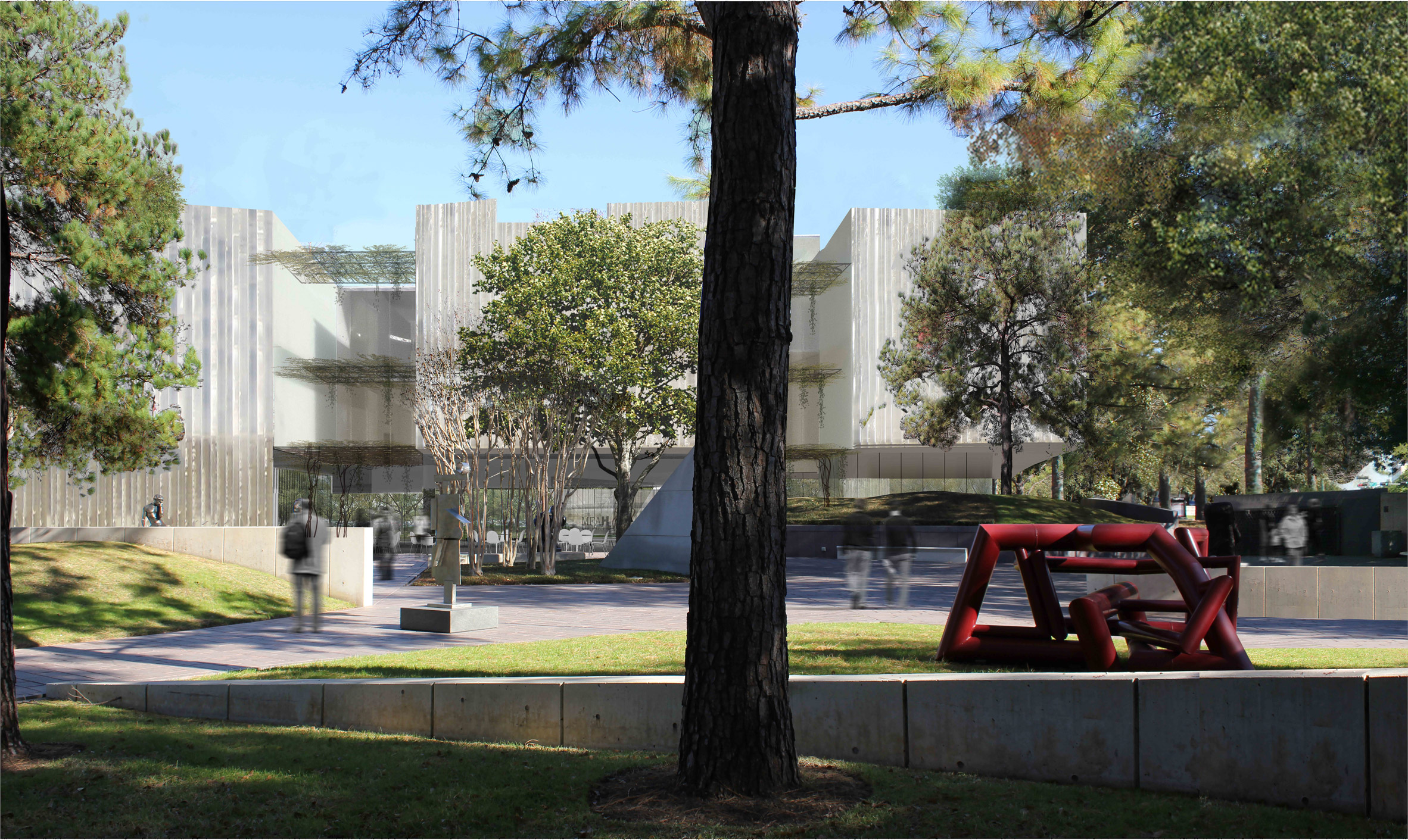 It is the second of two structures that New York-based Steven Holl Architects is working on for the 14-acre (5.7-hectare) site, along with a replacement for the Glassell School of Art that will open in 2018.

The pavilion for modern and contemporary art is split into segments, topped with roof sections that each curve slightly differently.

“Concave curves, imagined from cloud circles, push down on the roof geometry, allowing natural light to slip in with precise measure and quality, perfect for top-lit galleries.” 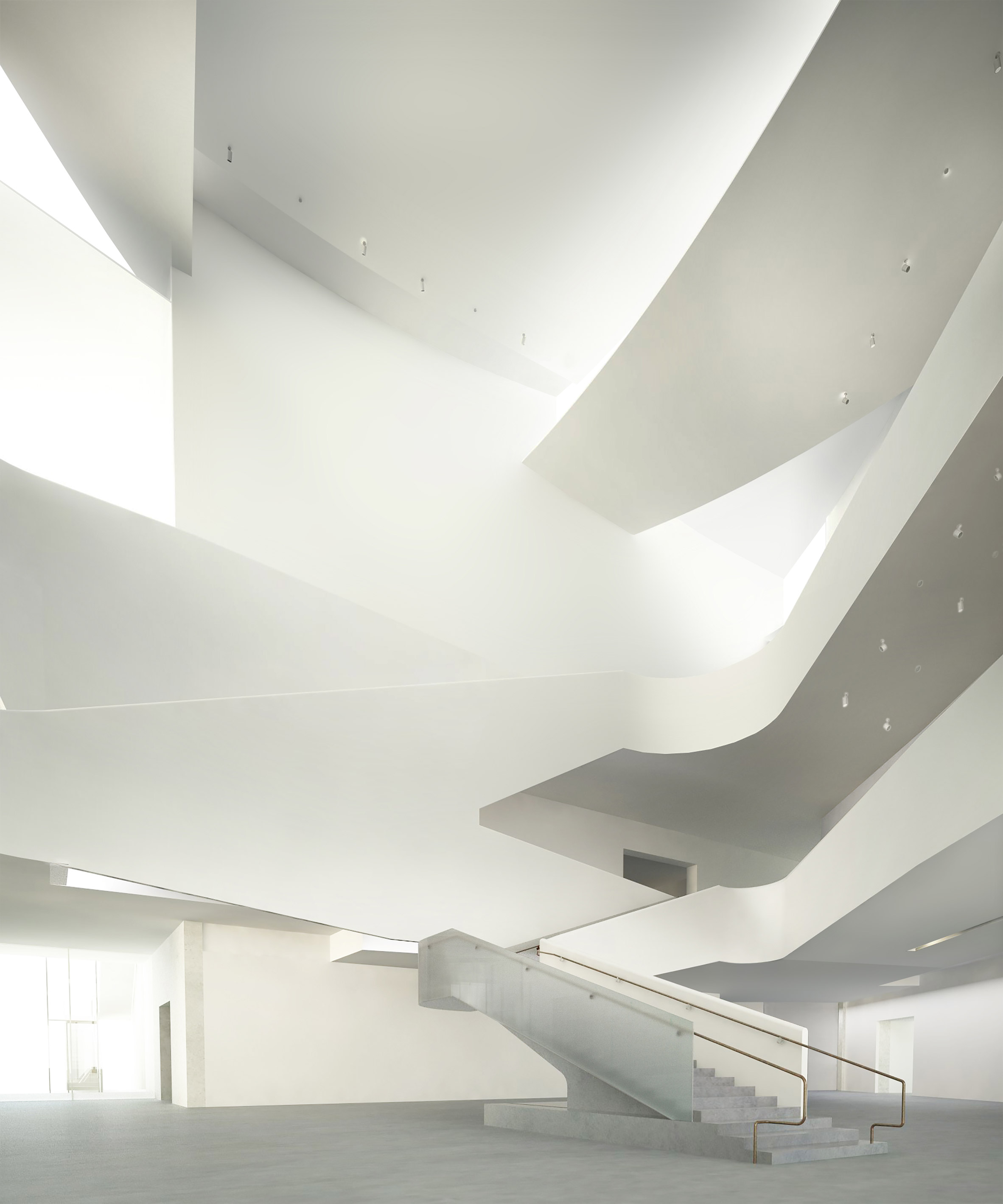 Seven gardens cut into the building’s footprint, denoting entry points. The largest of these is located at the Texas city’s Bissonnet and Main Street intersection, and will from a principle access to the Museum of Fine Arts‘ Susan and Fayez S Sarofim Campus.

The ground level will be largely transparent, while etched tubes of translucent glass will wrap around portions of the facades above. 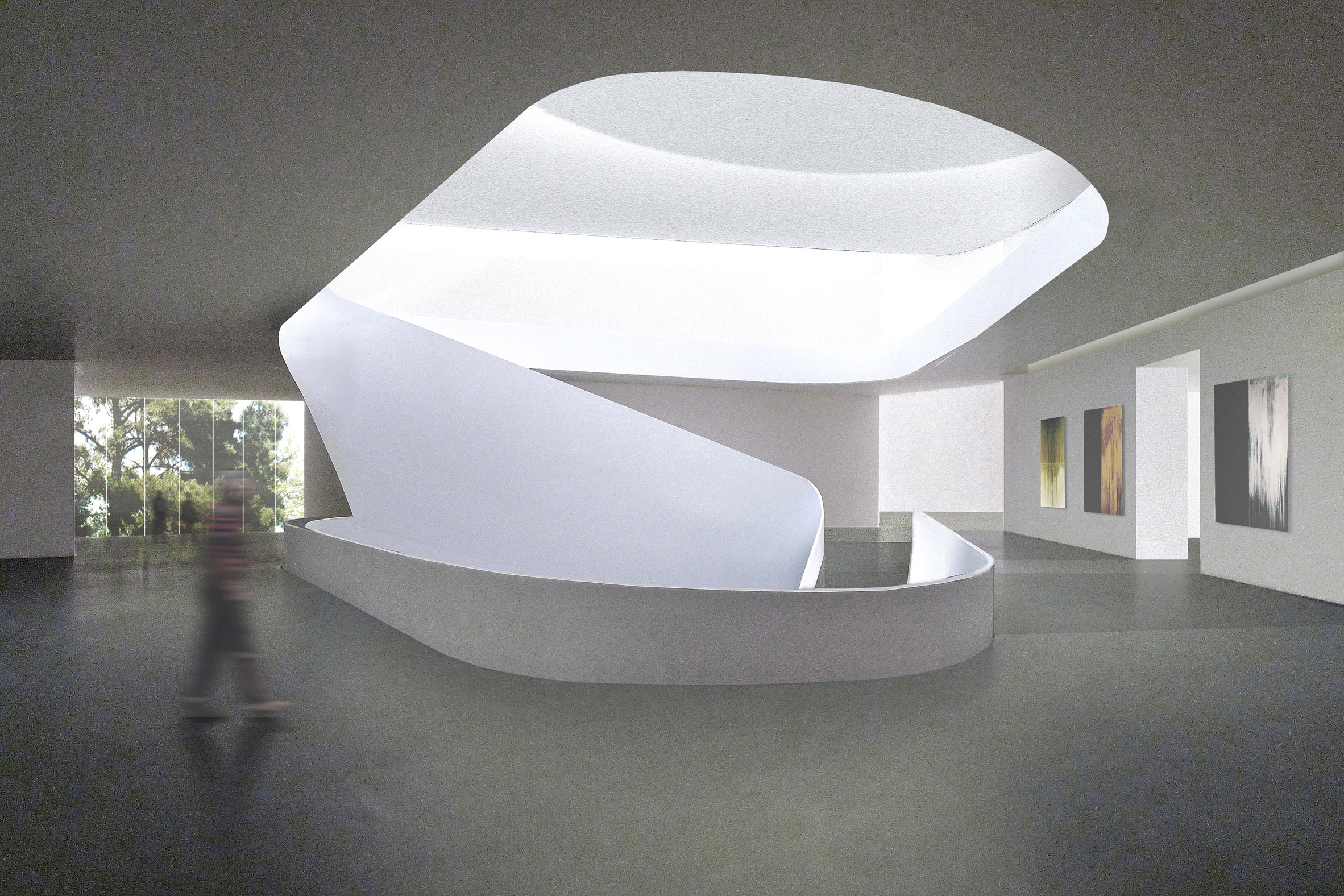 These will allow diffused natural light into the building and help reduce solar glare, while creating a glowing effect when seen from outside at night.

Inside, a triple-height “forum” space for exhibiting large-scale artworks will link the lobby areas with two levels of flexible galleries via a stepped ramp and elevators. 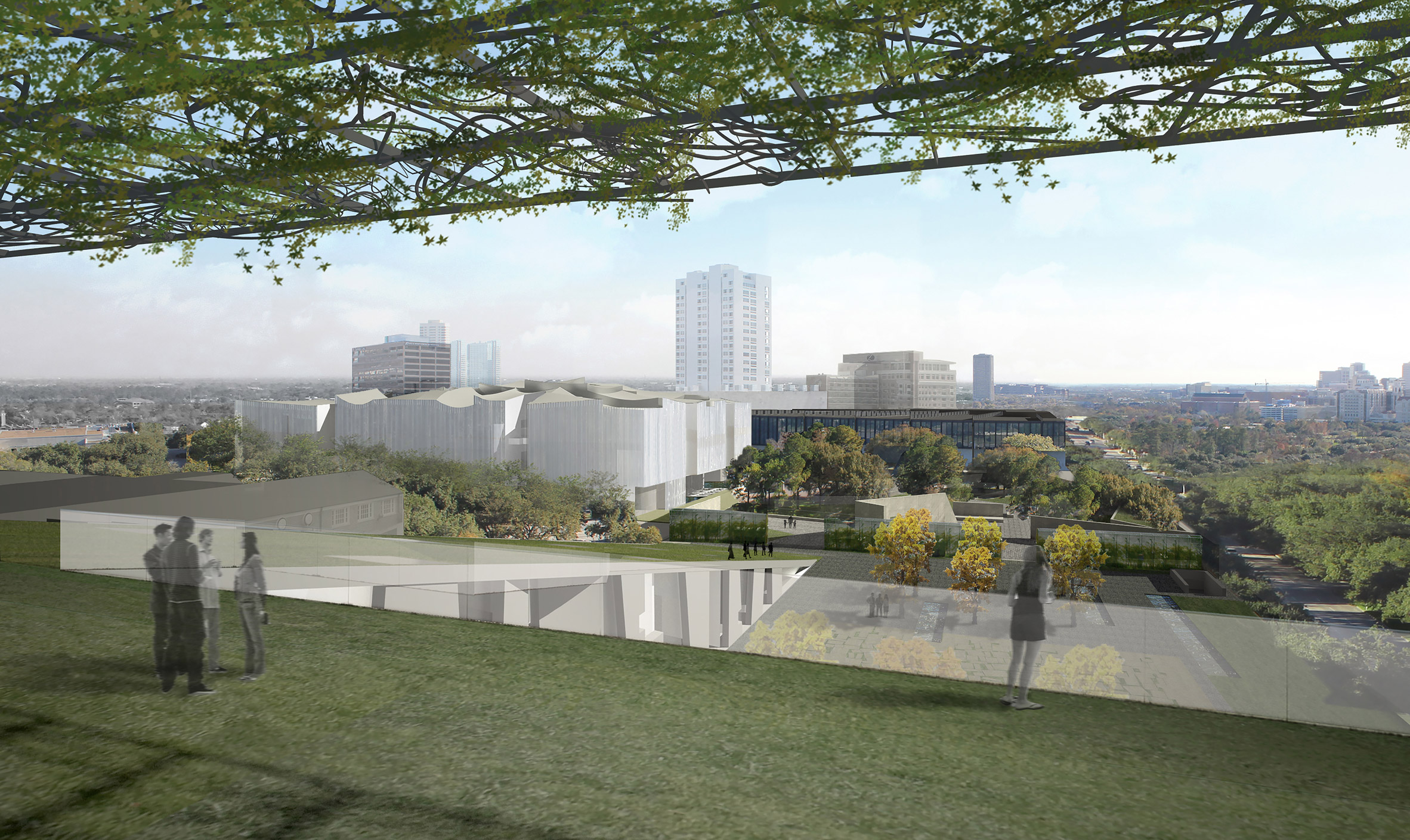 “At the heart of a great museum experience is circulation that provides orientation and visual relief,” said the team.

Already well underway to the northwest, the L-shaped Glassell School of Art building will house studios, an auditorium and facilities for school groups. 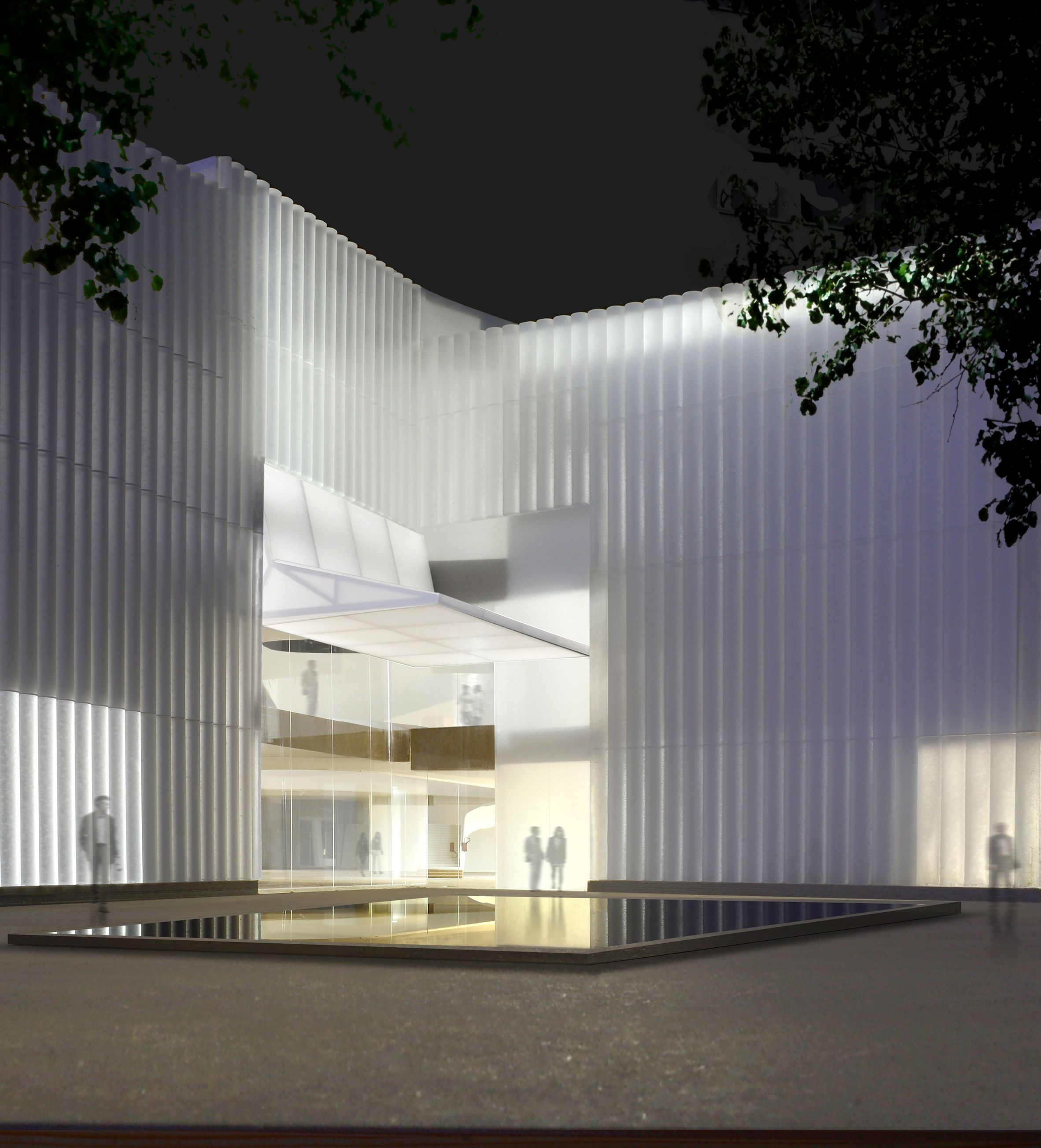 Its pre-cast concrete structural slabs will alternate with translucent glass panels on the exterior, and its sloped roof will be topped with a terrace.

The campus redesign was first unveiled in January 2015, after Holl beat finalists Morphosis and Snøhetta in an international competition in 2012. 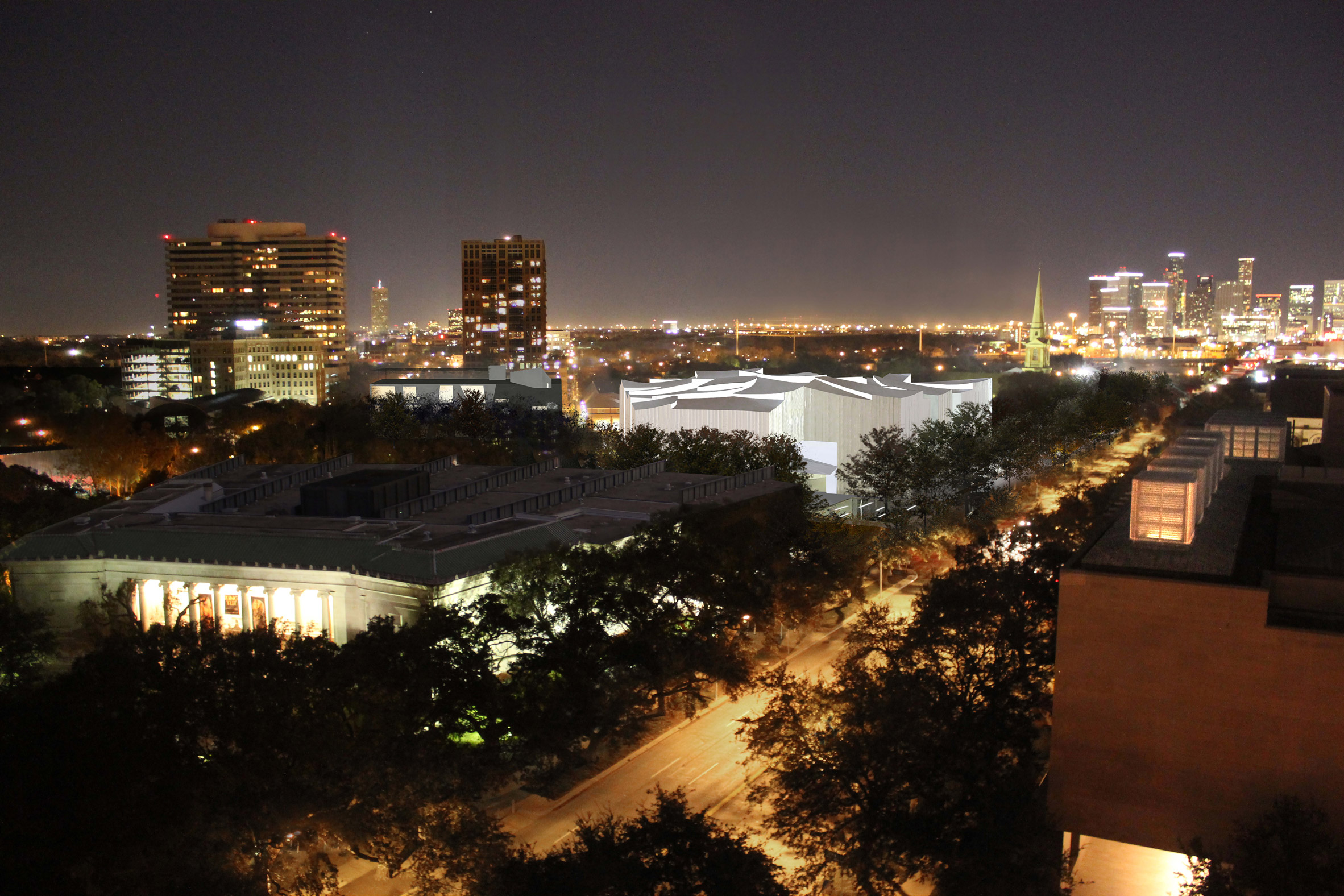 Holl, who established his firm in 1976, ranked at number 52 on the inaugural Dezeen Hot List.

The architect recently completed an artist’s hideaway in Upstate New York, and opened his Visual Arts Building at the University of Iowa. He is currently working on cultural projects in Pennsylvania and Shanghai. 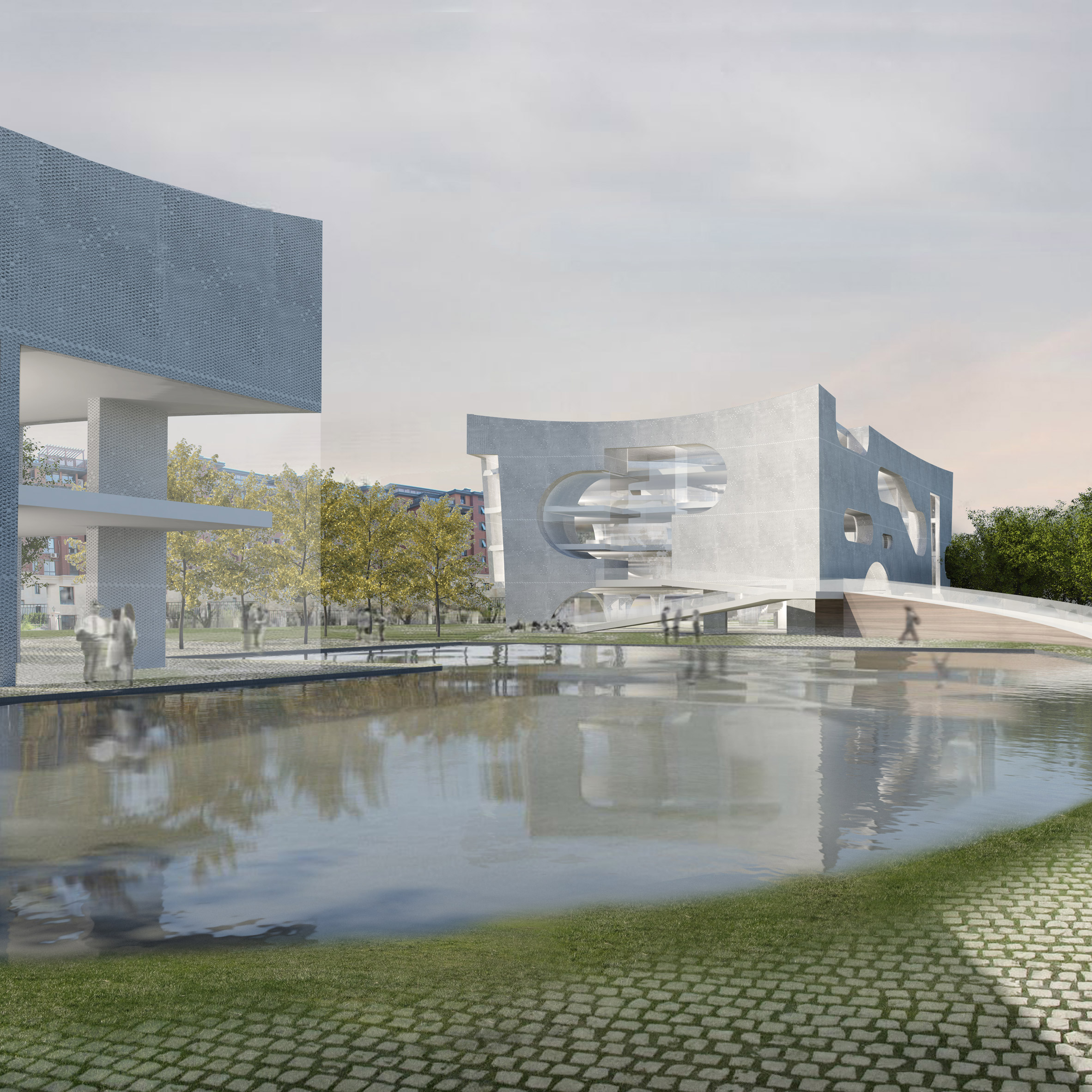