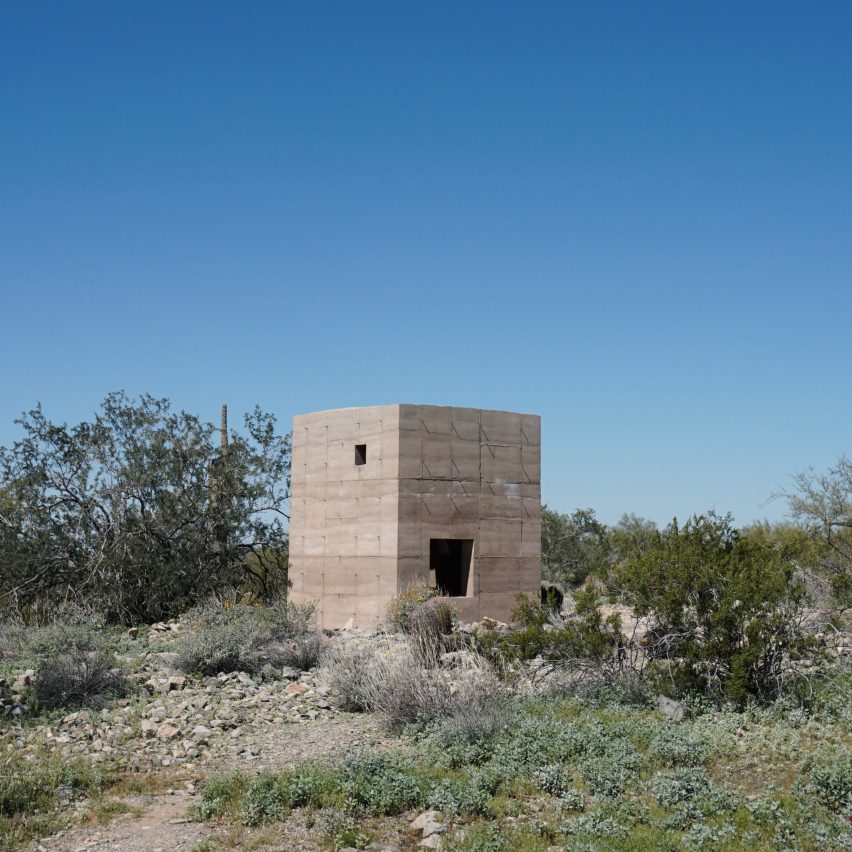 Tapered, rammed-earth walls support the roof of this small shelter that architecture student Conor Denison has built on the desert campus of Frank Lloyd Wright‘s School of Architecture at Taliesin. Denison designed and built the shelter during his final year at the architecture school, founded by the late American architect in 1937, and previously named Frank Lloyd Wright School of Architecture. Called Branch, the small shelter responds to a project brief to create a pavilion for sleeping in the desert that surrounds the school, which is based at Wright’s Taliesin West house in Scottsdale. 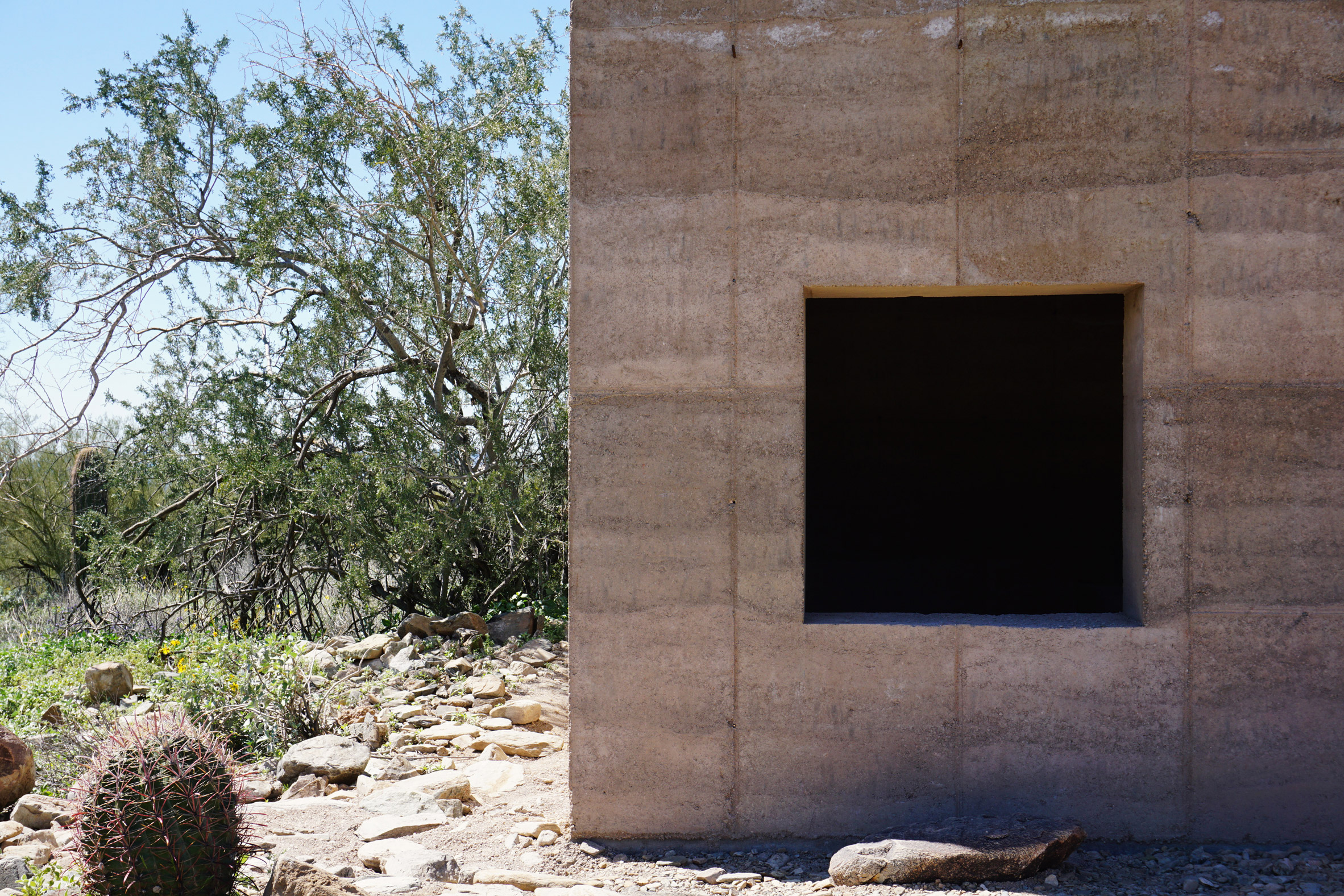 The 100-square-foot (9.3-square-metre) structure is made entirely of rammed earth – layers of damp earth compressed in moulds to form load-bearing wall. Denison chose the material for its thermal ability, as well as its strength and adaptability, which “is incredibly important in the desert climate”. “This project is about providing shelter in its most basic and pure sense,” Dension said. “Rammed earth is used as the sole building material, creating one continuous mass.”

“The idea to make an entirely earthen form was important to the concept and drove several elements of the design,” he continued. Branch is punctured with different sized square openings across its exteriors. The “voids” in the earthen walls allow for airflow and light to enter the otherwise dark shelter, which has no mechanical, electrical and plumbing facilities integrated.

“The project examines the scope of architecture beyond the human scale, seeking to create something which acknowledges that buildings have ecological significance,” Denison added. 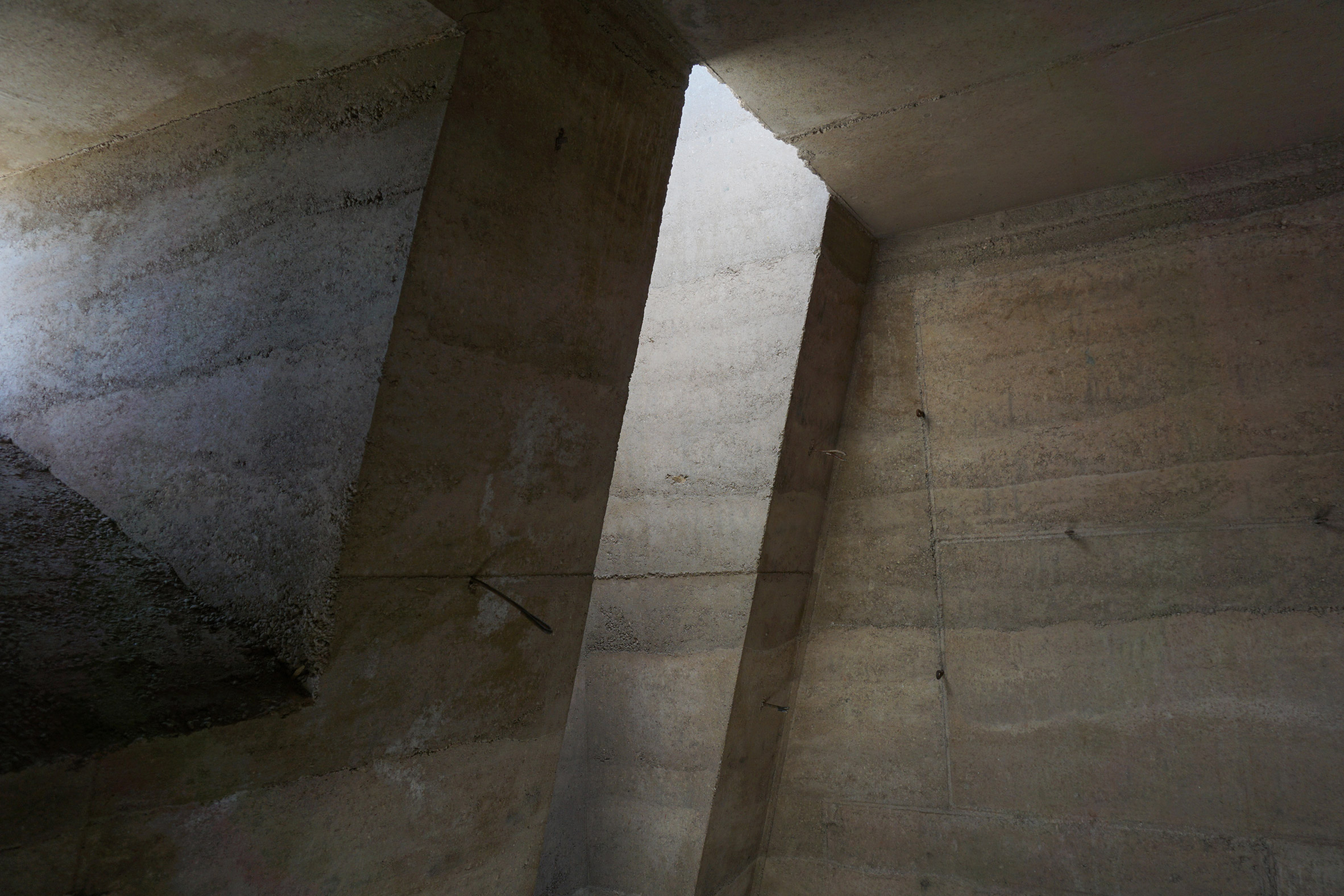 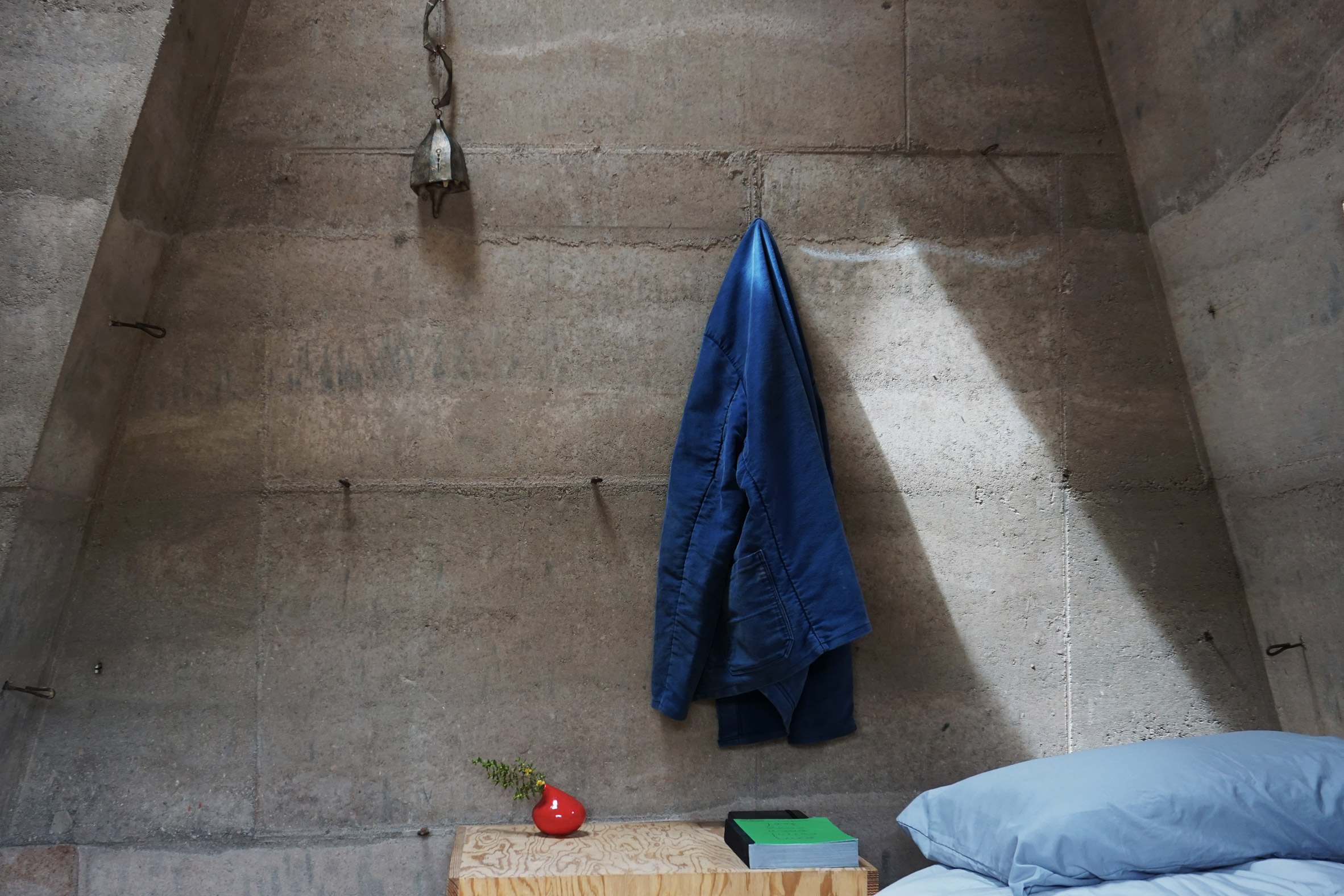 “Having the walls taper upward reduced the horizontal span of the roof, making a rammed-earth roof entirely possible,” he said.

A small entrance is elevated above the earth, requiring visitors to crouch and hurdle to get inside. Inside, all of the surfaces are left untouched to create a rough aesthetic. 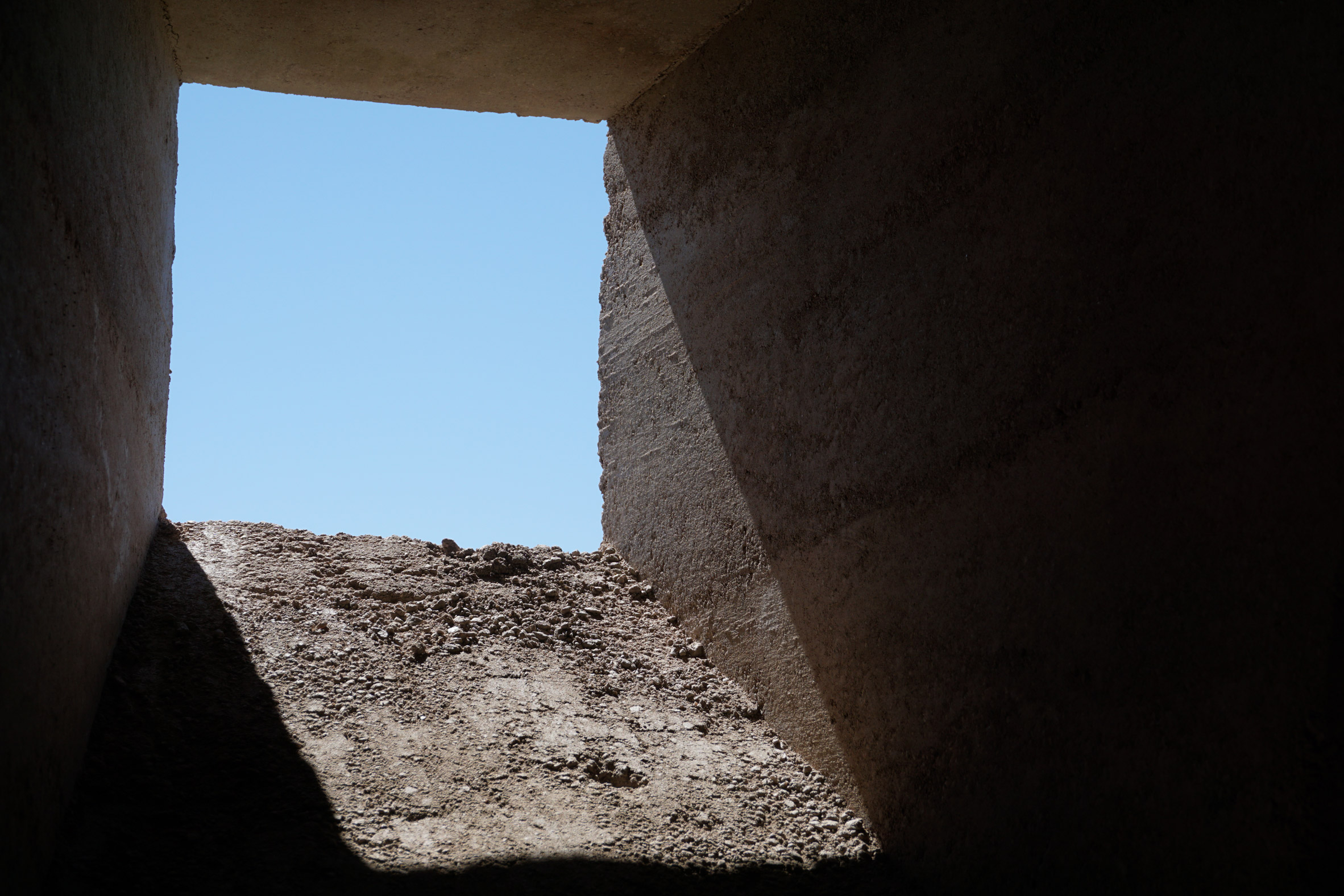 Denison, who recently graduated from the architecture school, completed Branch with the help of his mentors, Quentin Branch and Julie Szekely, as well as classmates and friends.

Together, they mixed and compacted 45 tons of rammed earth to build the project over the course of four weeks. 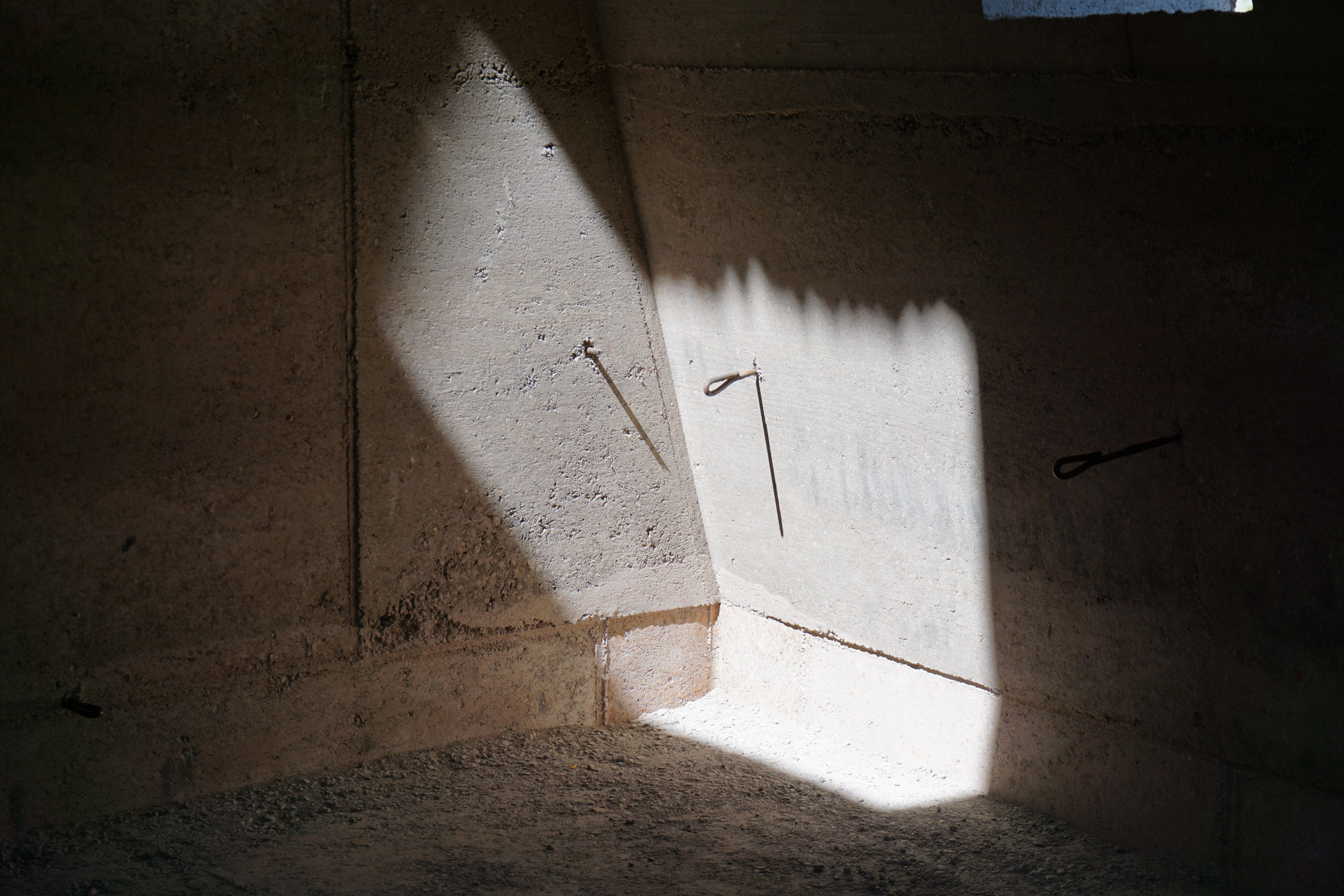 Branch is sited within the foothills of the McDowell Mountain range in the Sonoran Desert, on concrete foundations that Denison says were originally poured by Frank Lloyd Wright.

“When Frank Lloyd Wright and his apprentices first came to this site in 1937, they poured eight by eight feet (2.4 by 2.4 metre) concrete pads throughout the desert and set up canvas shepherd’s tents,” Denison said. 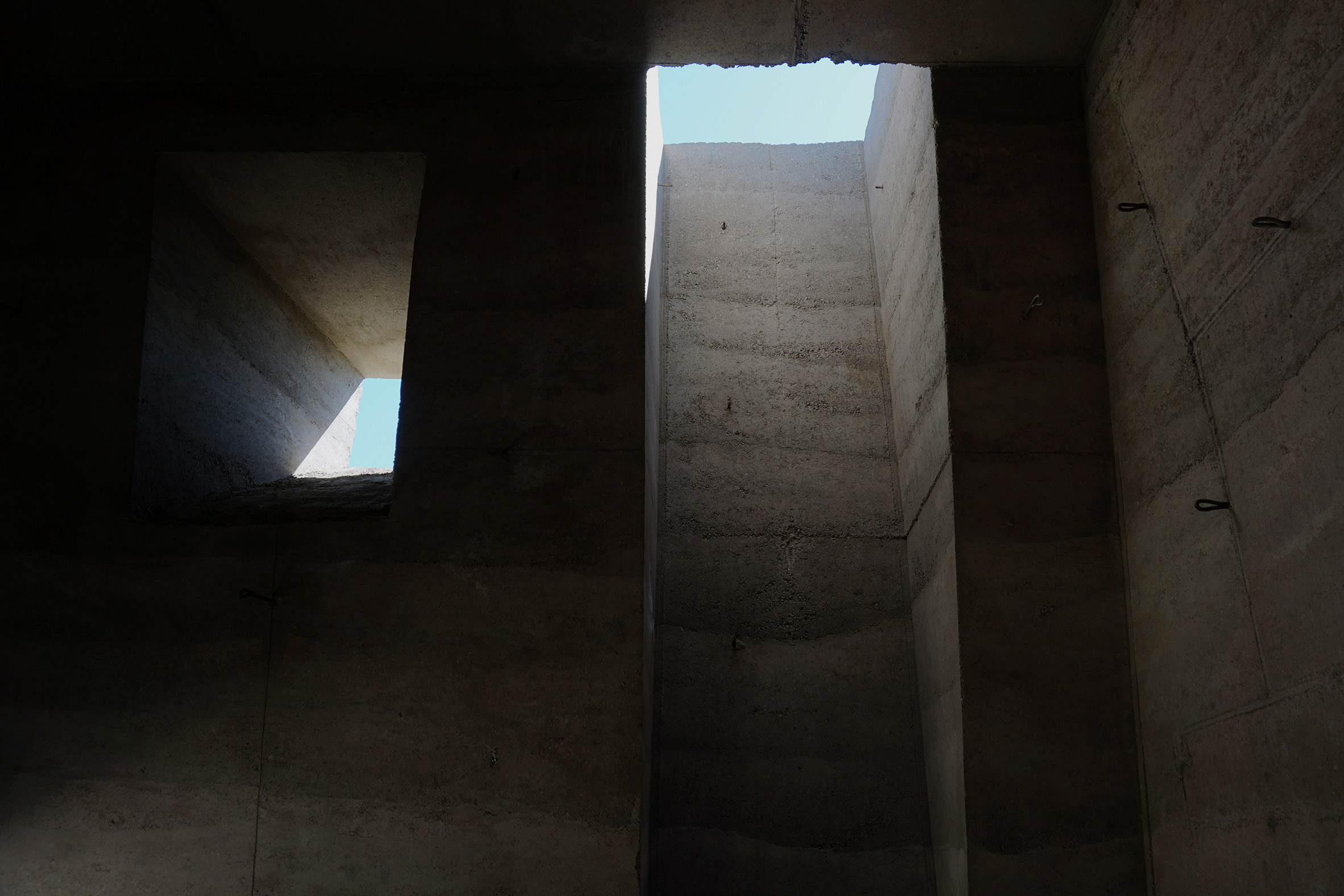 Each year, graduate students at the school are tasked to design a pavilion as part of the Shelter Program – a graduate workshop that tests student’s understanding of design, materials and construction.

Only a few designs are built each year. Other successful projects include a wood pavilion by Jaime Inostroz and a steel and concrete retreat by David Frazee. Frank Lloyd Wright founded his school of architecture in 1932 to offer apprenticeships for a small number of students.

Today, it stills serves as one of two campuses for the School of Architecture at Taliesin. Wright’s winter house at Spring Green, Wisconsin acts as the other.