MIRA, a 400-foot tower designed by studio gang, has topped out in san francisco. the project, which was first unveiled in 2018, will offer a range of luxury condominium residences with occupancy slated for late 2019. the building is defined by its distinctive bay windows, which twist up the façade of the high-rise to present sweeping views of san francisco bay, the bay bridge, and the city skyline. construction began in mid-2017 with the tower reaching its full height of 400 feet (122 meters) in april 2018. 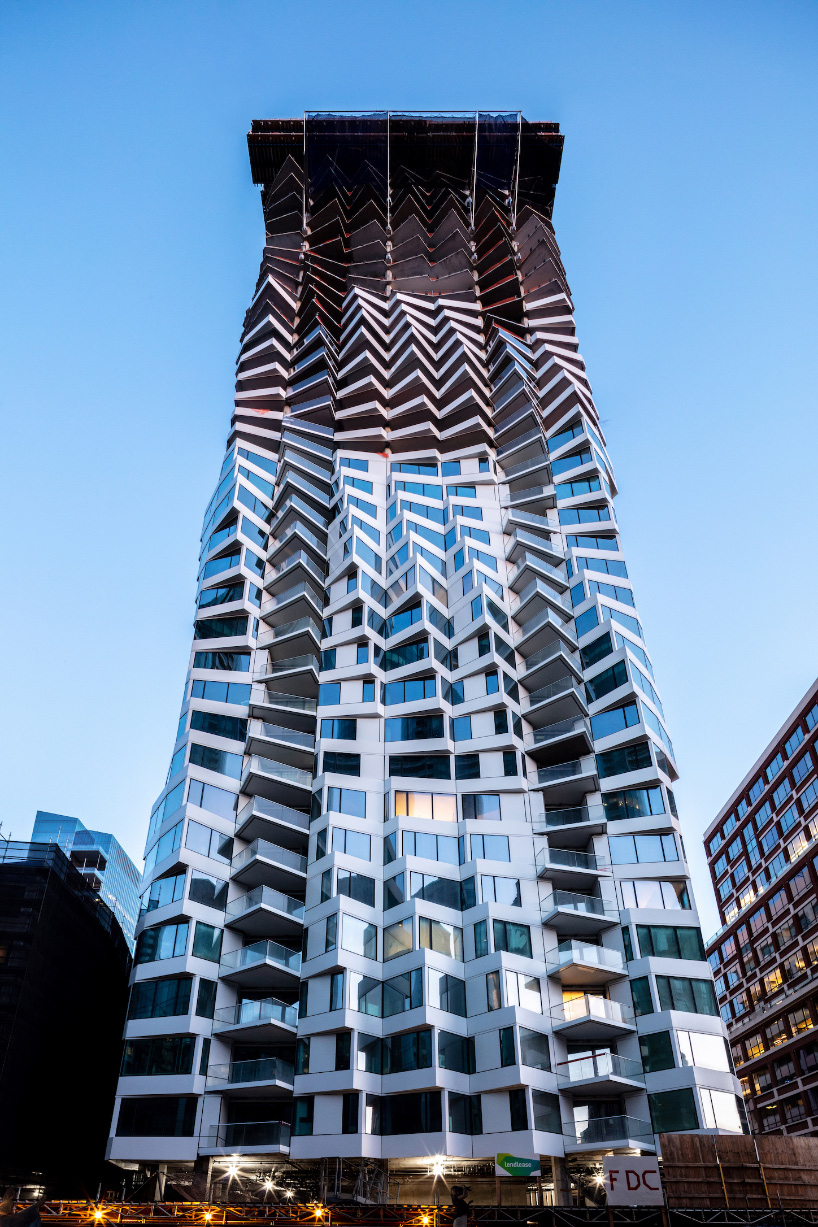 when completed, MIRA’s one-, two- and three-bedroom condominiums and townhouses — with interiors also designed by studio gang — will offer encompassing views through large bay windows. located one block from the embarcadero, on site amenities include: a courtyard, rooftop deck, private dining and lounge, a fitness center, children’s playroom, conference room, dog washing station, valet parking for 340 cars with electric vehicle charging stations, parking for 150 bicycles, and over 10,000 square feet of retail at street level. 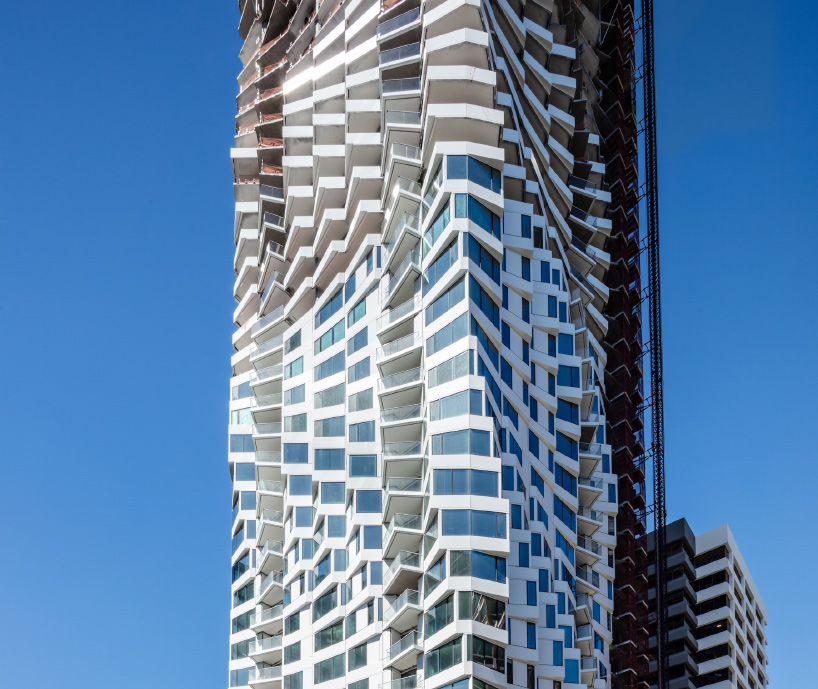 the tower appears to twist as it rises
image by jason o’rear, courtesy of studio gang

‘as we celebrate this milestone of topping out MIRA’s beautiful, twisting tower, we’re looking ahead with excitement and counting down the months until the first residents move into their new homes,’ says carl shannon, senior managing director at tishman speyer — the development firm behind the project. ‘this striking piece of architecture has found its place in the san francisco skyline. a huge thank you to our team for helping us to deliver this gleaming new addition to the growing transbay neighborhood.’ see designboom’s previous coverage of the project here. 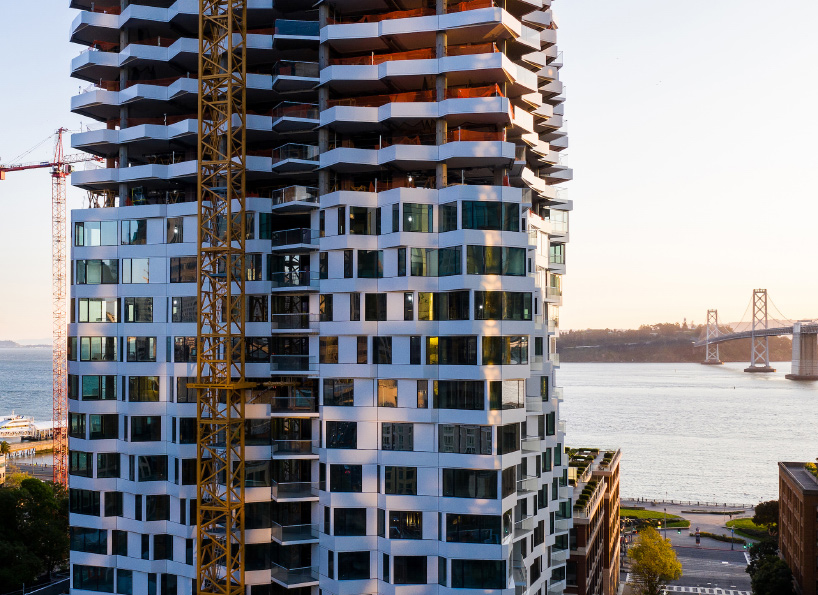 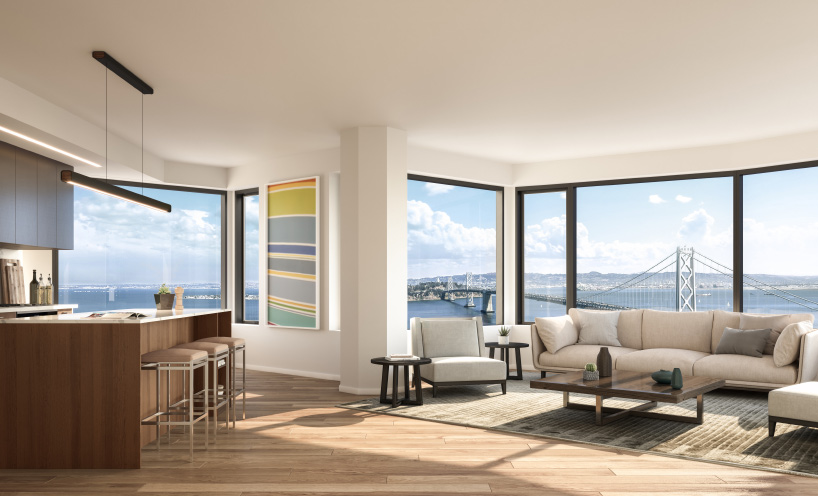 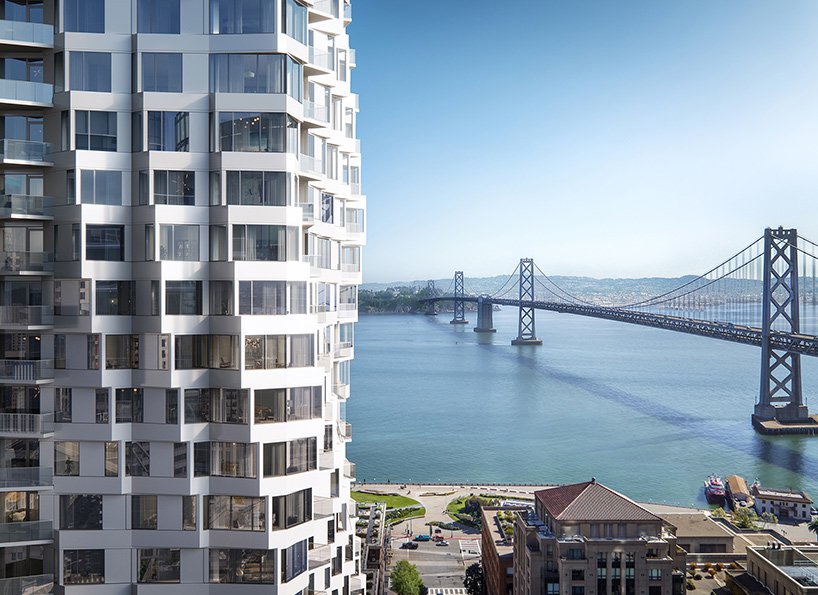 MIRA offers one-, two- and three-bedroom condominiums and townhouses
image by binyan 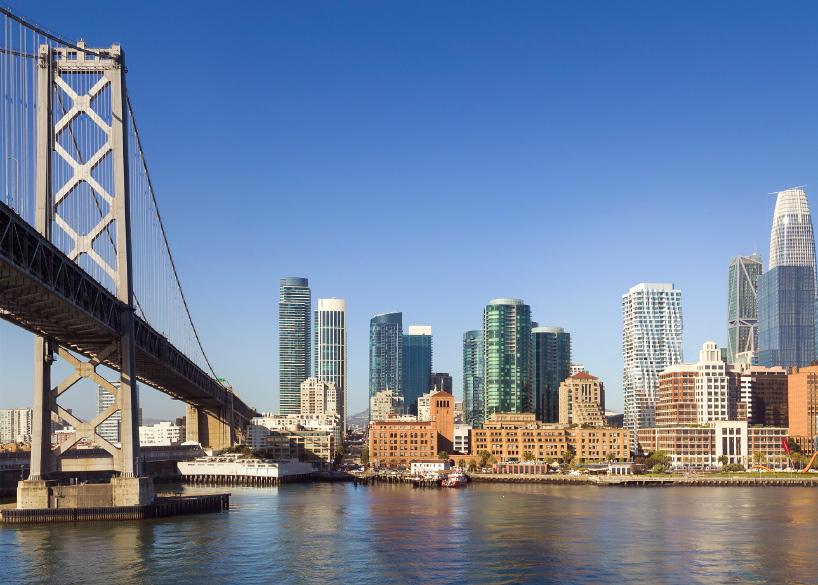