A neglected barn made from plaster-coated river pebbles on the outskirts of Verona has been transformed into a new country home by Milan-based Studio Wok. 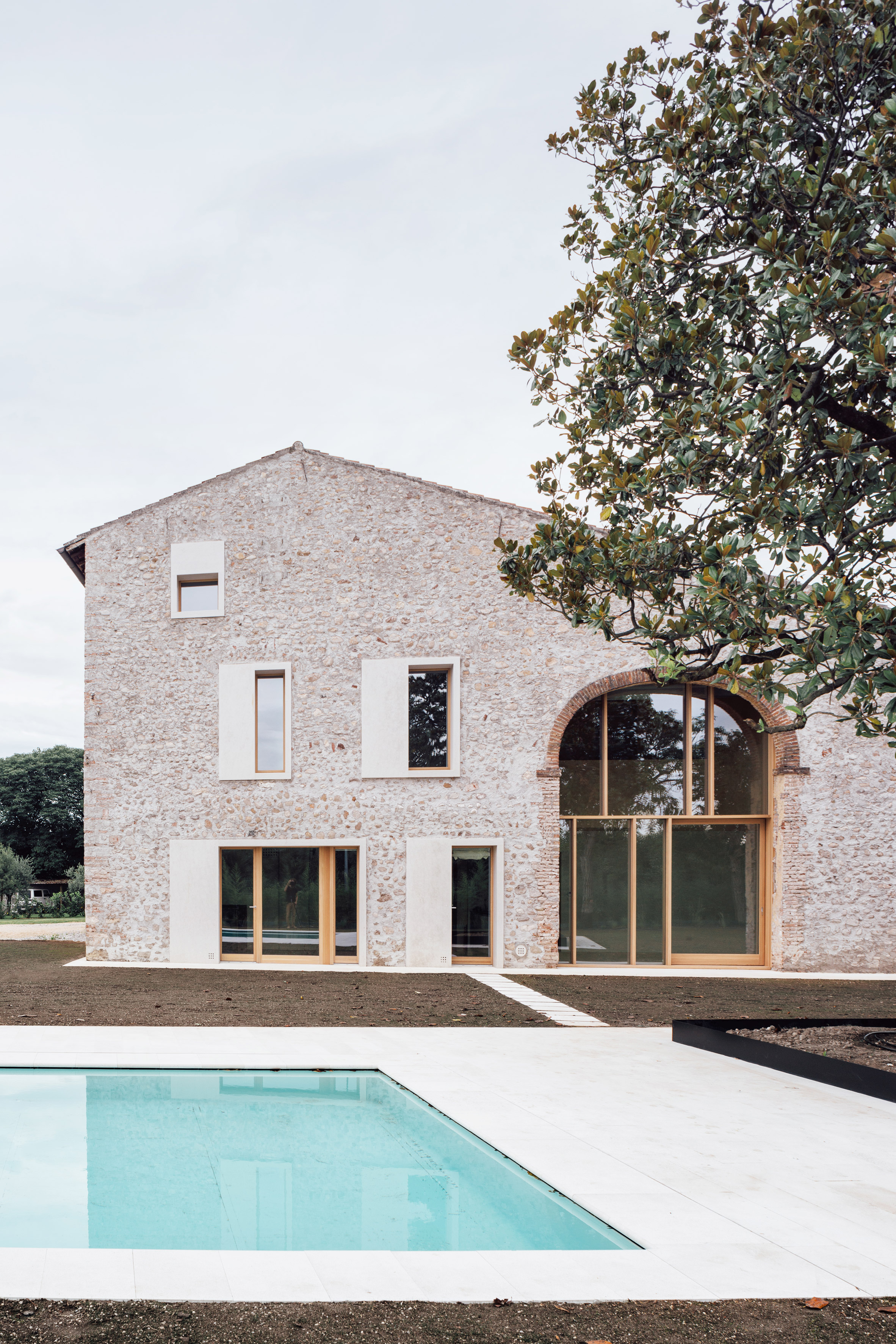 Part restoration and part modern insertion, Studio Wok described creating the county home in Chievo as a process of “subtraction” and “addition”.

One of the studio’s first steps was to strip back the plaster from the walls to reveal the stones beneath, while internally much of the structure was removed.

“The project’s leitmotif is a spatial and material dialogue between history and modernity,” said the architect. 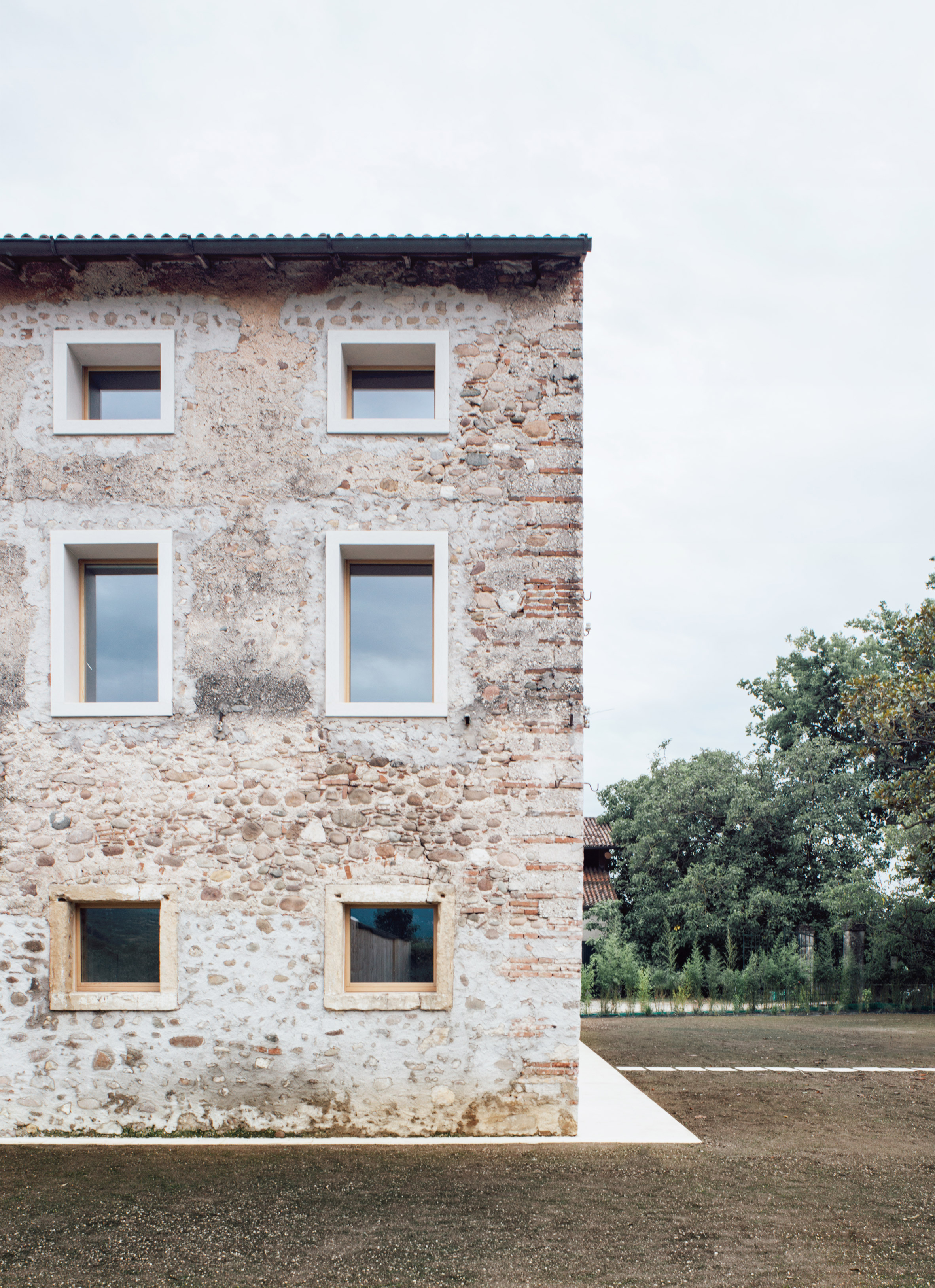 The modern, three-floor home has then been inserted into the stone structure, centred around a full-height living space.

A large arch at the front of the house has been reopened and is now framed by the entryway, creating a dialogue between the new and old, what the architects call “the fulcrum around which the spaces of the house are distributed.” 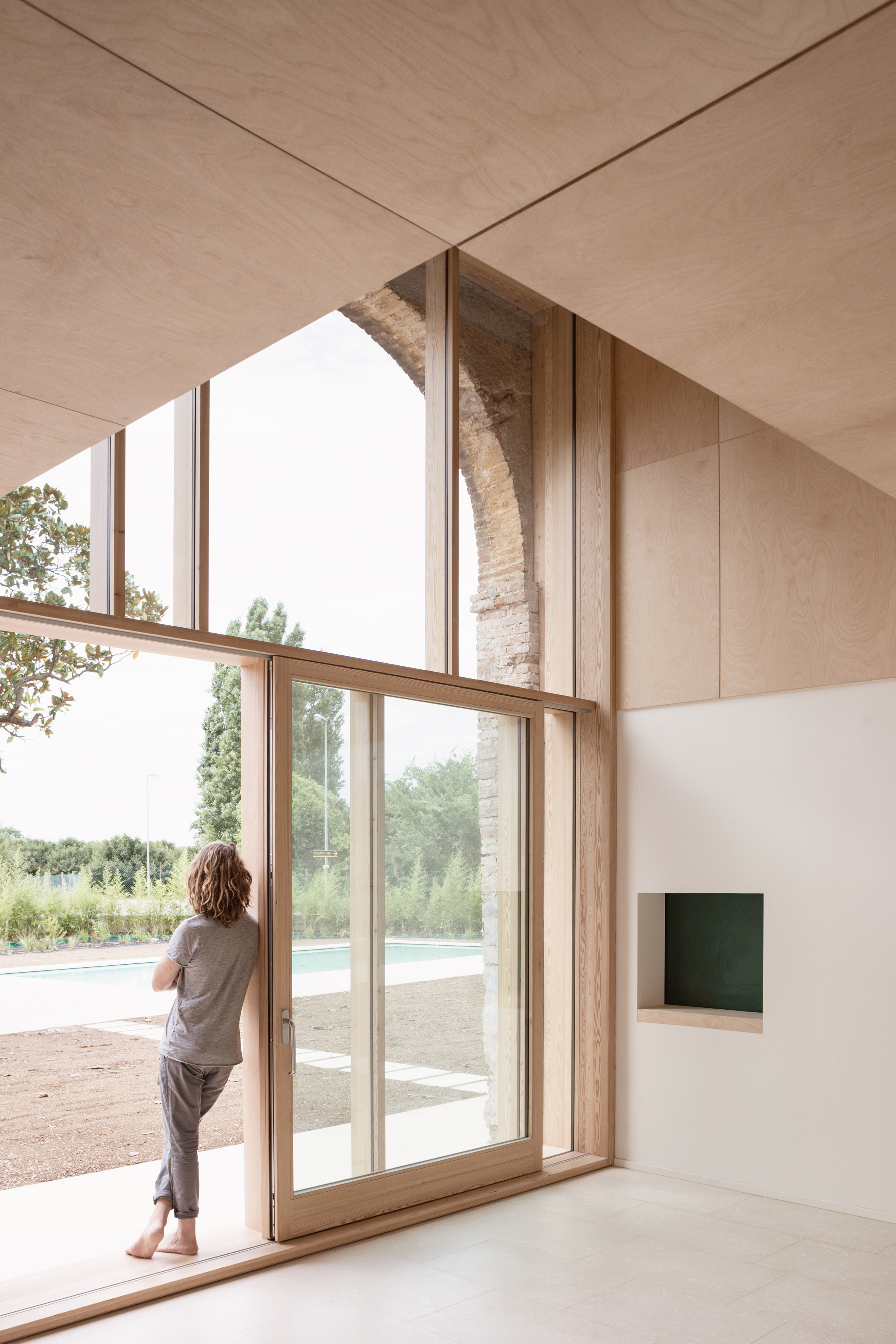 The ground floor references the solidity of the original barn, with a Vincenza stone pavement and a brick fireplace. The upper floors have then been designed  as a wooden volume “hanging” from the ceiling, containing the bedrooms, with new skylights inserted into the roof.

This upper volume is finished in pale birch ply, making the modern interventions clear against the original stonework. 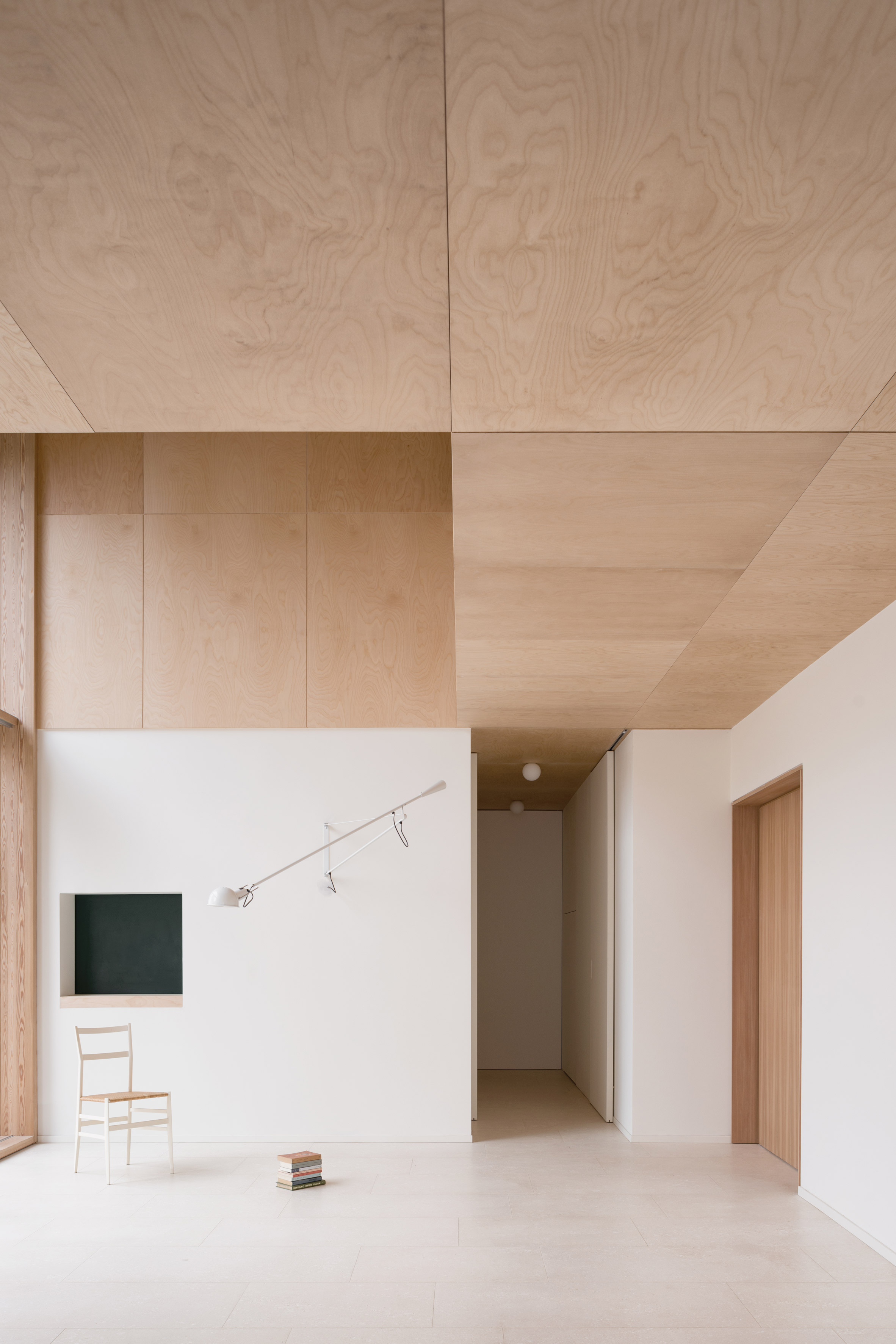 Windows that have been inserted into the original barn are surrounded by Biancone stone reveals provide a smooth surround in contrast to the roughness of pebble walls.

Garden spaces surrounding the house have also been redeveloped. To the front, a large, existing magnolia tree – retained at the client’s request – provides a focal element, bordered by a flower bed. Alongside it sits a pool, surrounded by stone paving and outdoor seating. “The tree is the protagonist of the outdoor space”, said the architects. “The shadow of its foliage is projected at sunset on the stone facade, and is visible from all of the bedrooms”.

To the rear, the house opens onto a loose courtyard space with a glass and larch wood facade.

Photography is by Simone Bossi.