Superimpose has saved a historic factory in Changzhi, China, from demolition by renovating it into a exhibition centre for the city.

The Hong-Kong-based architecture studio convinced the owner to turn the derelict industrial building into the Changzhi City Expo, which contains an exhibition space, government meeting centre, offices and an auditorium. 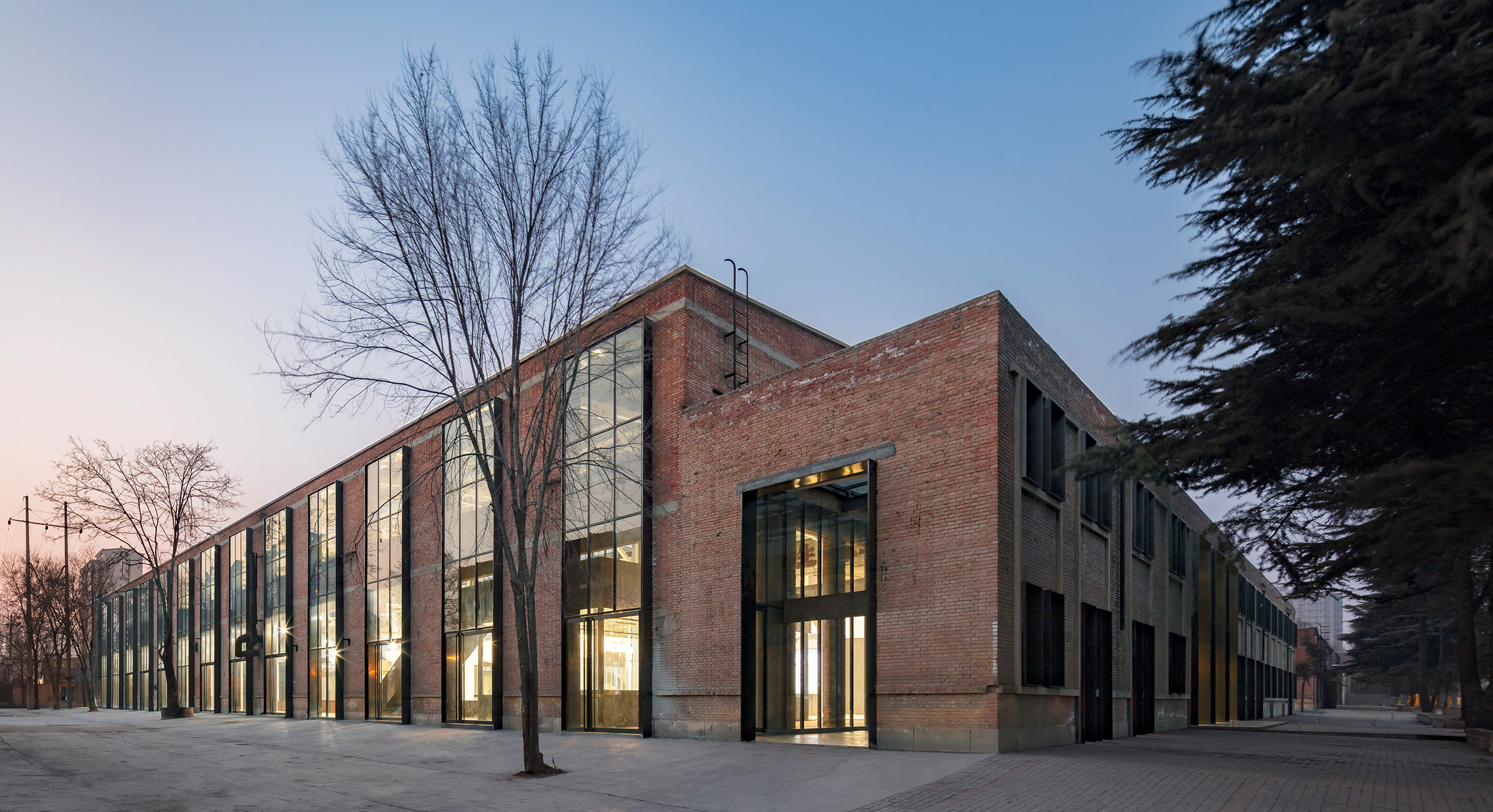 The owner of the property, who bought the derelict factory at auction in 2011, initially wanted to demolish the building.

One of a cluster of fifteen, the factory was built in 1945 and used to manufacture bearings for war machinery during the Chinese Communist Revolution. 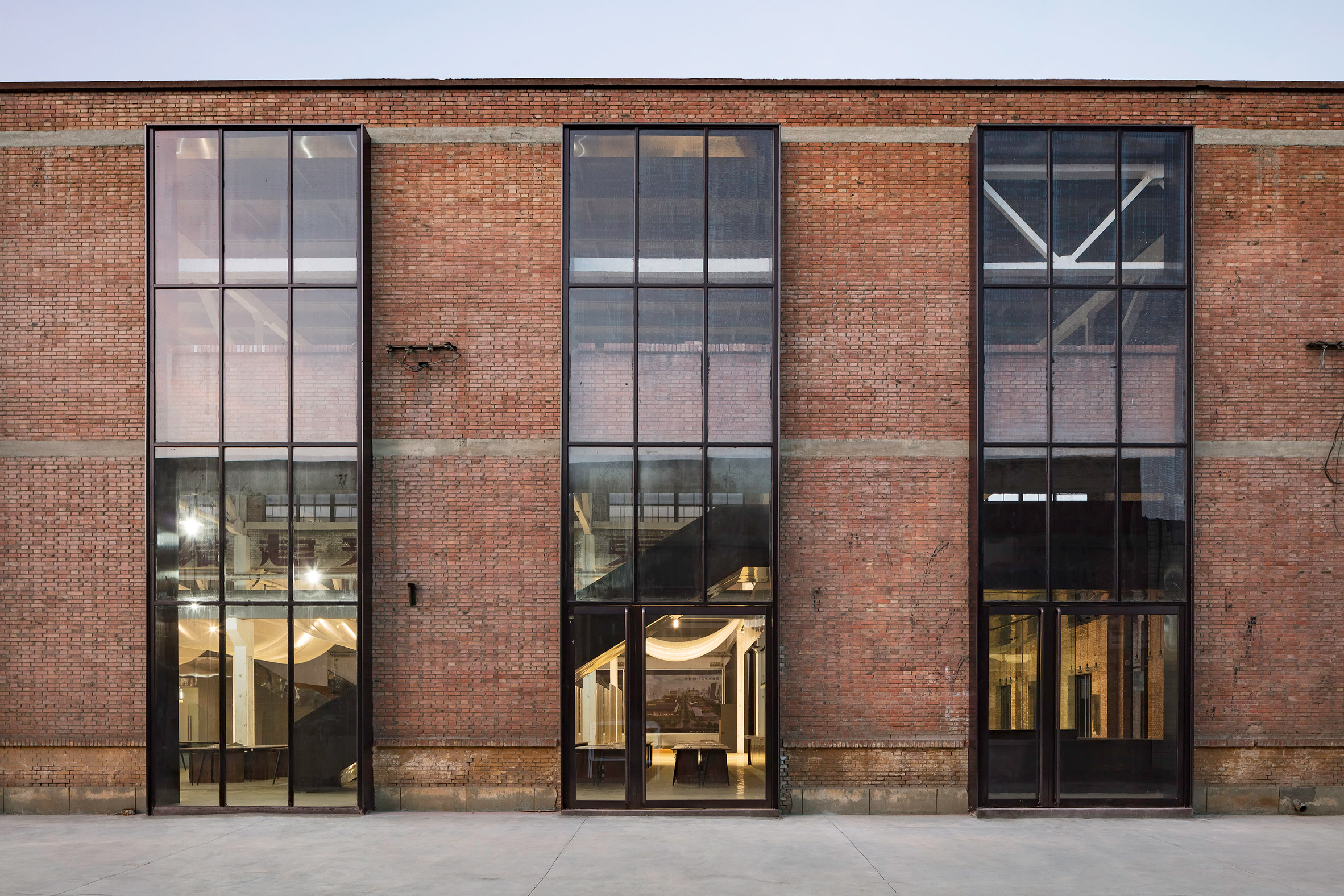 Superimpose convinced the owner, and the local government, to consider refurbishing the building rather than bulldozing it to make way for a brand new structure.

The studio cited other examples of historic buildings in China that have been adapted to create arts venues such as the 798 Art Zone, which was created in a decommissioned military factory in Beijing. 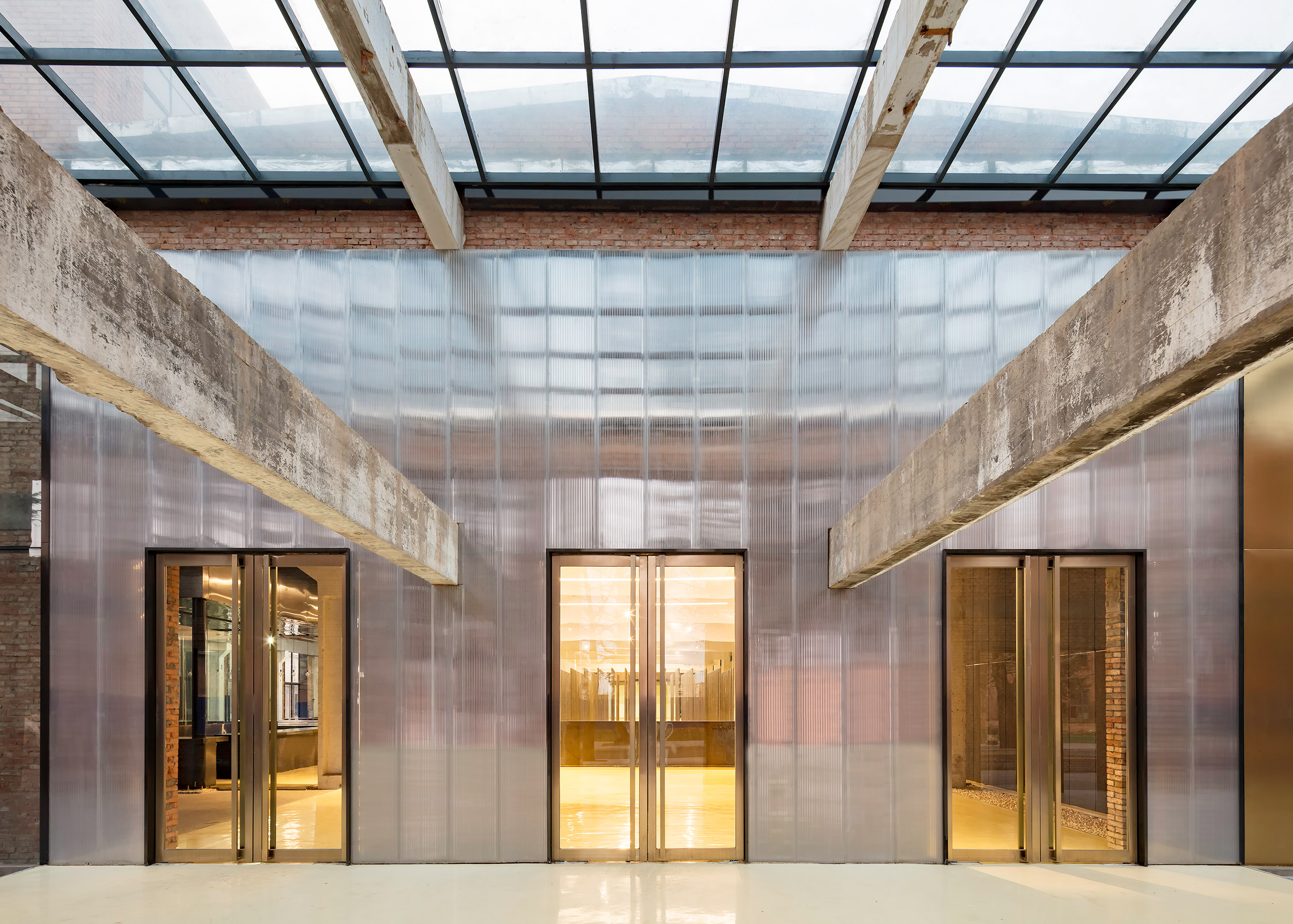 “[We] started with a vision to challenge urbanisation in the fastest growing country in the world,” the architects said in a statement.

“The project is a benchmark for similar cities in China, which are undertaking prompt urban planning decisions with cultural heritage.” 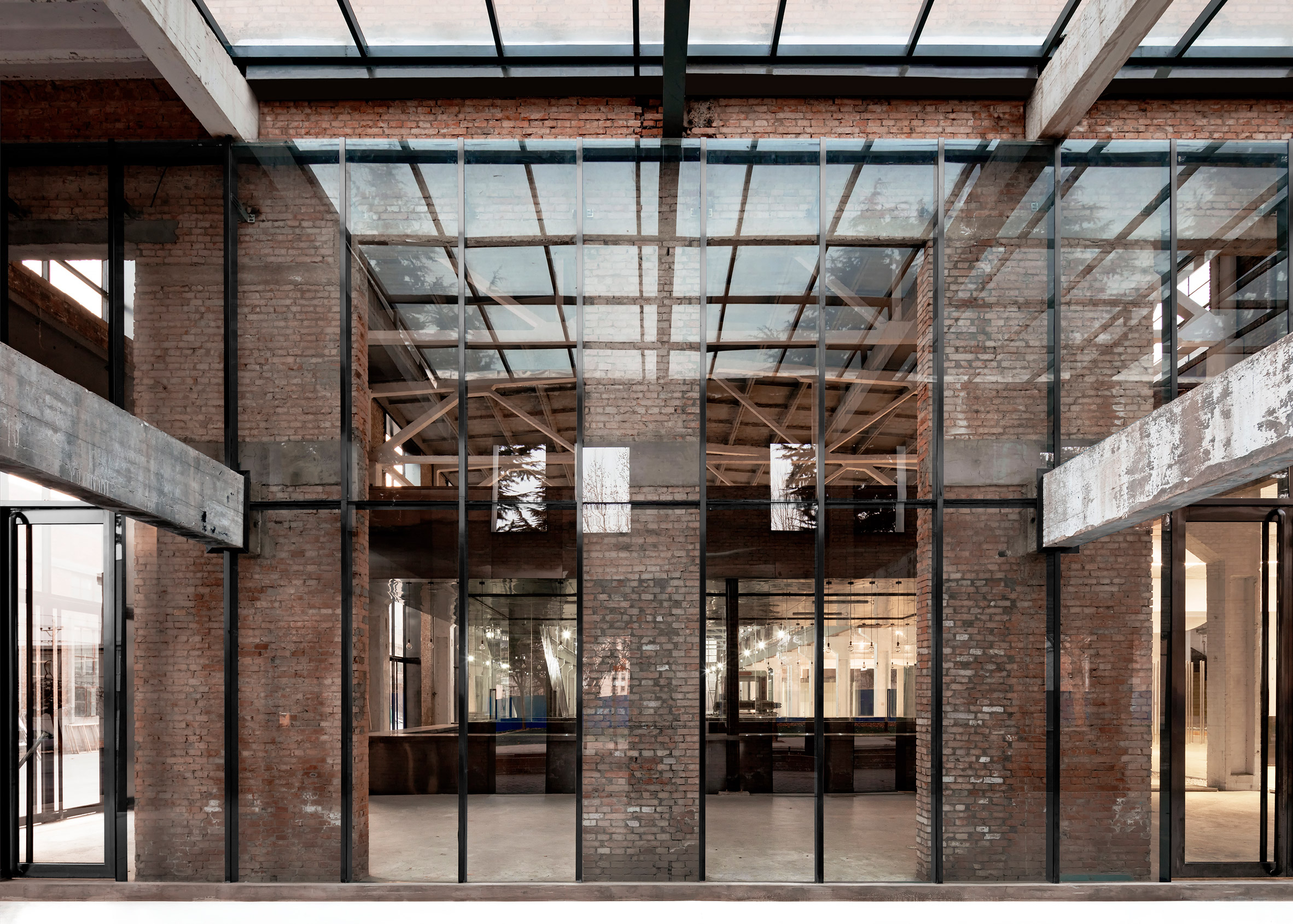 With the aim of preserving at least 70 per cent of the building’s heritage, Superimpose made the minimum amount of architectural interventions. Distinctive elements such as the repeated structural frames and openings in the brickwork were restored.

Local materials and labour were used throughout the Re-Veil regeneration project, similar to a recent Superimpose project in the Tai Yang Valley where the architects worked with local farmers to build a circular education space for urban children to come and learn about nature. 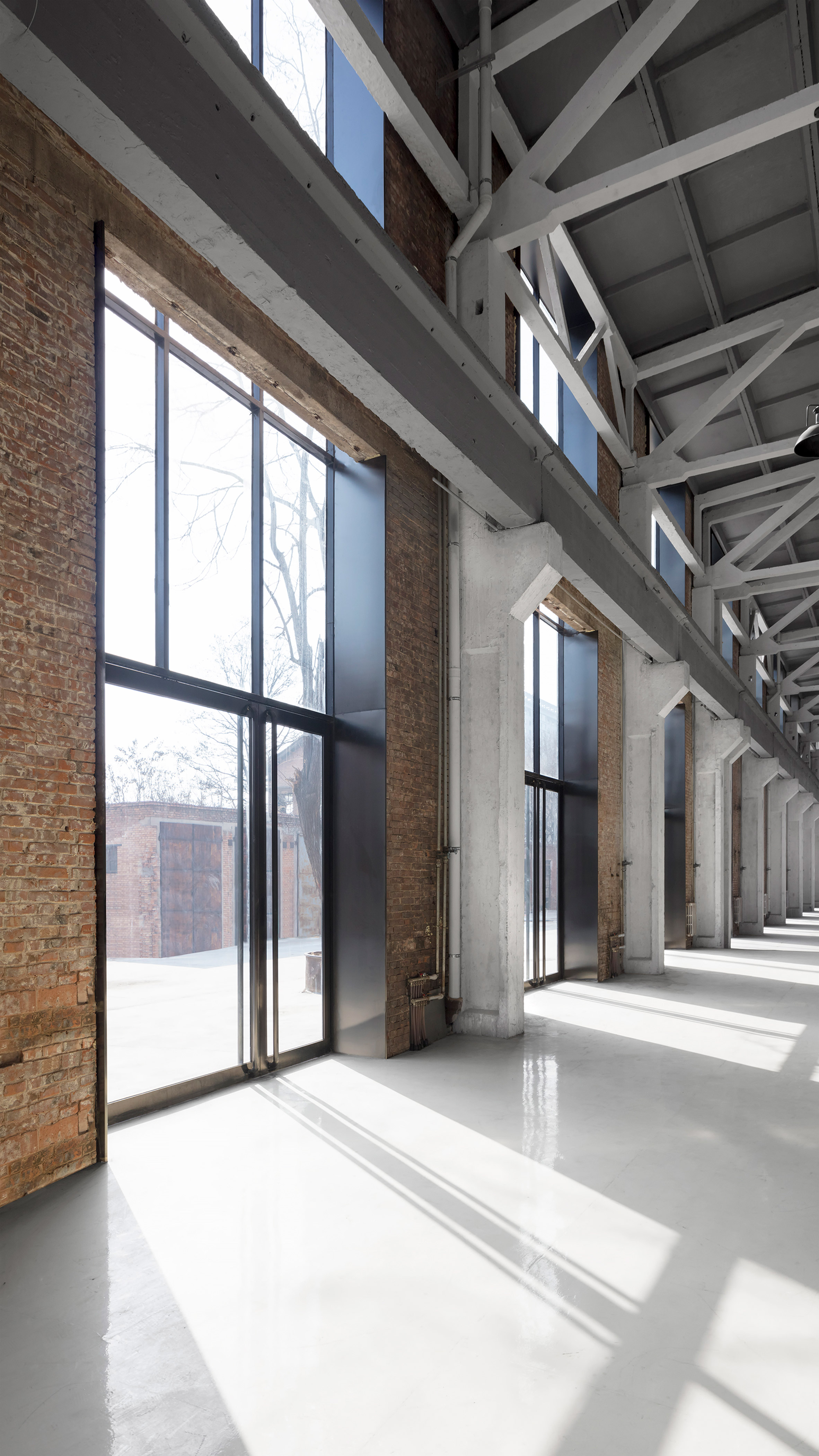 “[We] embraced the original architectural qualities of the factories by overlaying them with carefully considered and minimalistic modifications and interventions,” Superimpose said. 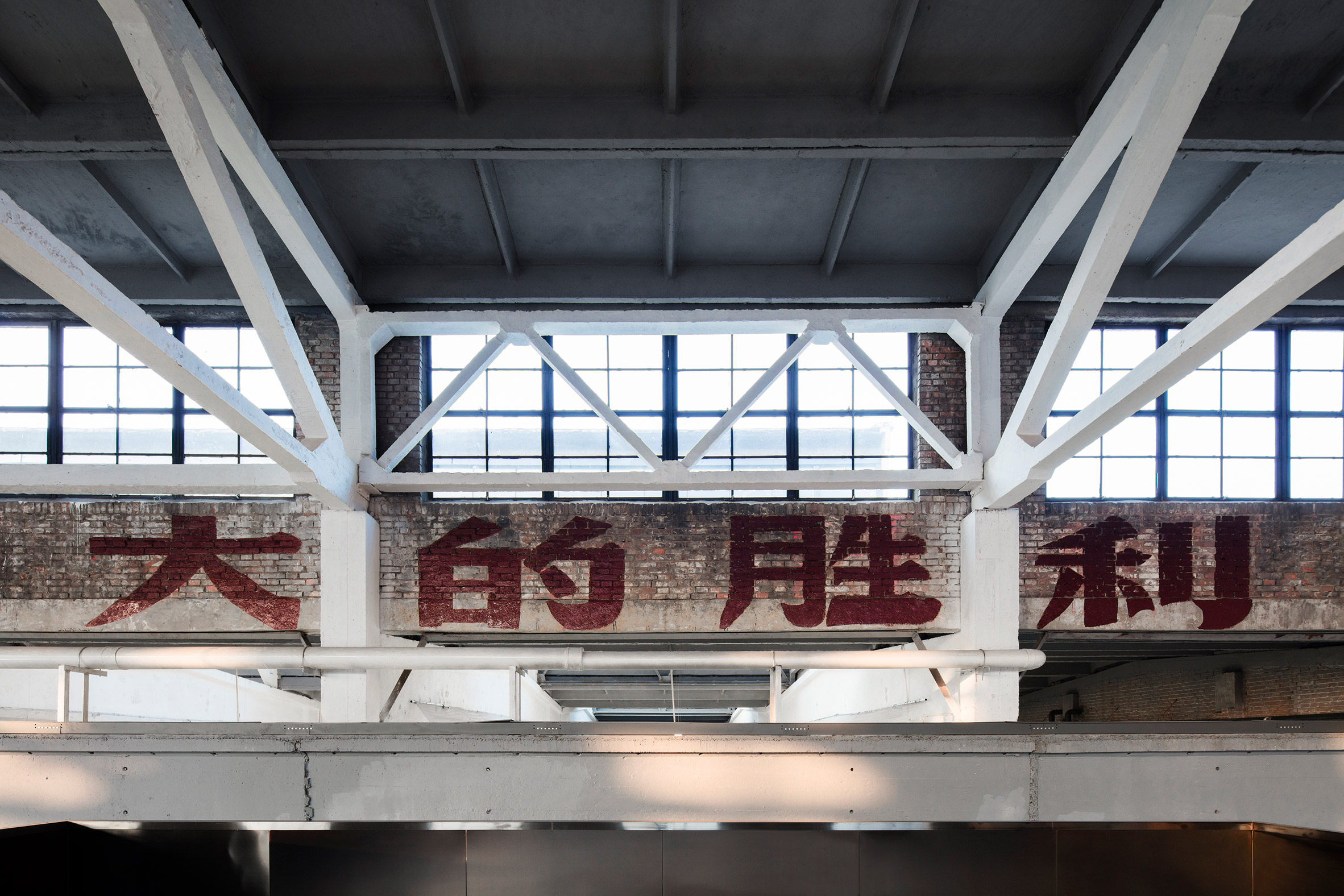 On the east side of the factory a new extension was built to house offices and form the entranceway to the exhibition space, which features a glass roof.

Panels of aluminium frame the original doors and windows, and a deliberate lack of internal subdivisions allows visitors to appreciate the scale of the factory’s dimensions.

New black aluminium frames protrude from the original south facade holding large double-glazed windows and doors at ground level that can pivot to connect the space during outdoor events. 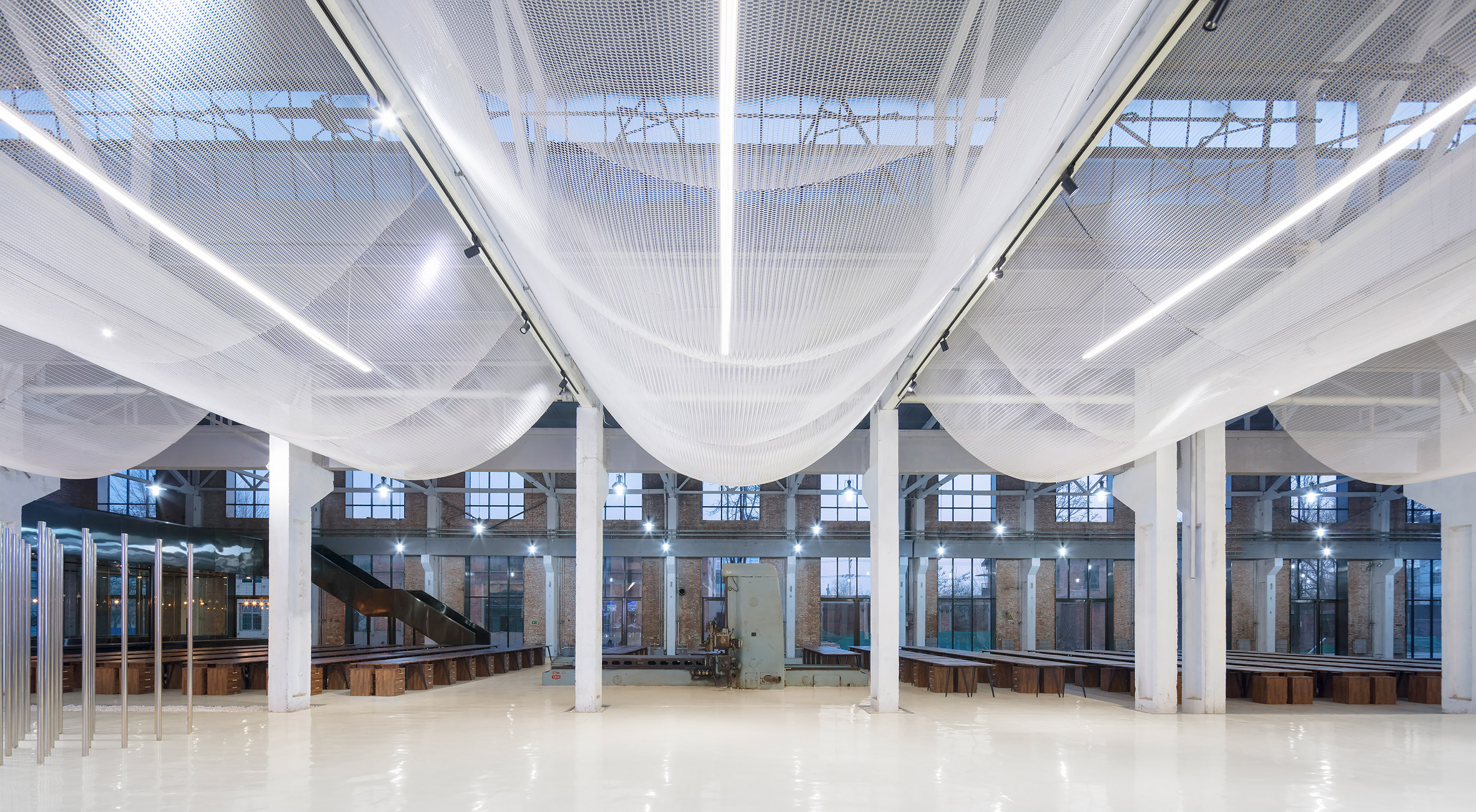 The ground floor is designed to be a public area, while a more private mezzanine level, inserted into the double height space of the former factory, hosts working and meeting spaces, as well as a library.

Inside the exhibition centre, a catwalk running from east to west across the building has been installed. The suspended walkway serves the dual purpose of providing a pathway through the exhibition space and hiding the cables required to modernise the building. This allowed the architects to leave the original concrete floor intact. 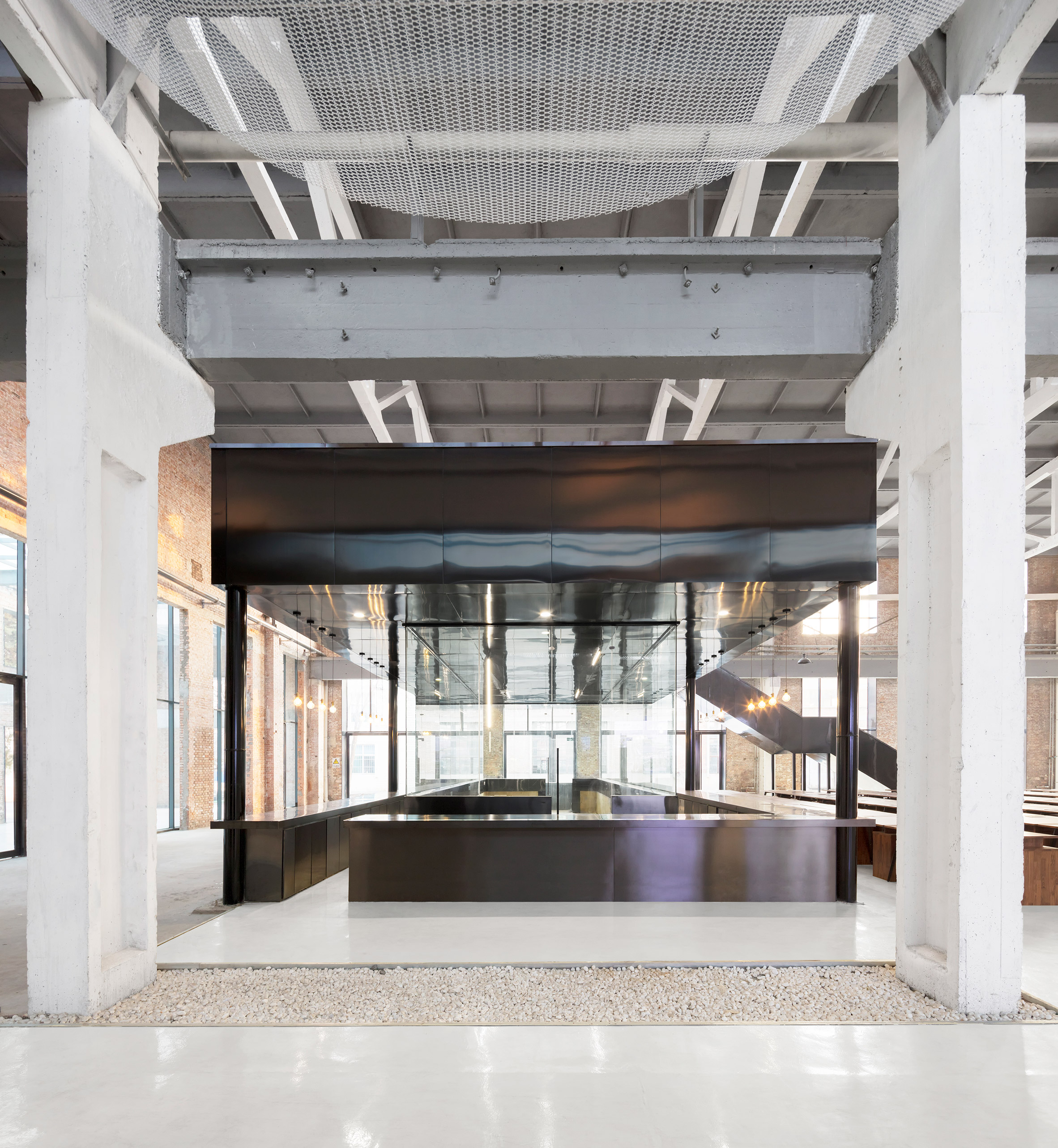 Above the catwalk a white “veil” of metal mesh has been hung from the ceiling between the white beams and columns, diffusing the daylight flooding in from the skylights in the roof and giving the project its name: Re-Veil.

Light features installed above the mesh veil can be used when the space is needed for evening events.

Old military buildings can prove rich pickings for cultural reinvention by architects. On the Rock of Gibraltar Arc Designs has turned an old second world war anti-aircraft gun base into a viewing platform, whilst BIG earned a WAF Building of the Year nomination for creating a museum by carving channels in a dune next to a Nazi bunker in Denmark.