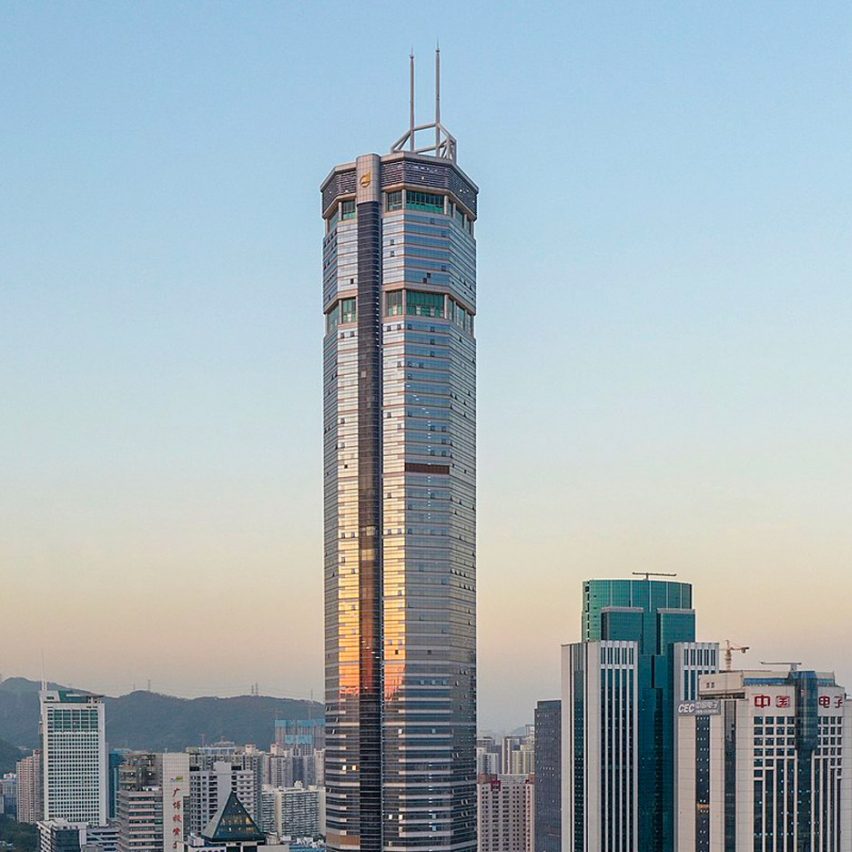 SEG Plaza, a supertall skyscraper that is the 18th tallest in Shenzhen, China, had to be evacuated yesterday when it started to shake.

Footage on social media shows crowds of people fleeing in panic as the building started swaying just after noon local time on 18 May 2021.

SEG Plaza has been evacuated and remains blocked off.

“The cause of the building’s vibration is under investigation, and the follow-up situation will be announced in time,” it added.

“No new round of vibration has occurred in the building, and the main structure and surrounding environment are safe and stable.”

Completed in 2000 by Hua Yi Designing Consultants, the skyscraper has a roof height of 292 metres plus an antenna that makes it 356 metres tall.

The reason for the shaking is currently unexplained. The Shenzhen Emergency Management Bureau detected no earthquakes around the time of the wobbling, the South China Morning Post reported, and wind speeds were only 27 kilometres an hour.

SEG Plaza is in Huaquiangbei, Shenzhen’s electronics district. It was built for Shenzhen Electronics Group, which has offices in the building, along with a market full of shops selling electronic components.

At 70 stories and topped by a helipad, the supertall skyscraper is the 104th tallest building in China, according to the Council on Tall Buildings and Urban Habitat.

SEG Plaza is the 18th tallest building in Shenzhen, a city that’s home to 283 completed skyscrapers. The tallest in the city is the 599-metre-high Ping An Finance Centre by Kohn Pederson Fox, which completed in 2017.

Last year the Chinese government banned the construction of new skyscrapers over 500 metres and restricted the building of anything over 250 metres.

Problems were recently reported at another supertall skyscraper in New York. Residents of the Rafael Viñoly-designed 425-metre-tall 432 Park Avenue complained of getting trapped in the lifts during high winds.