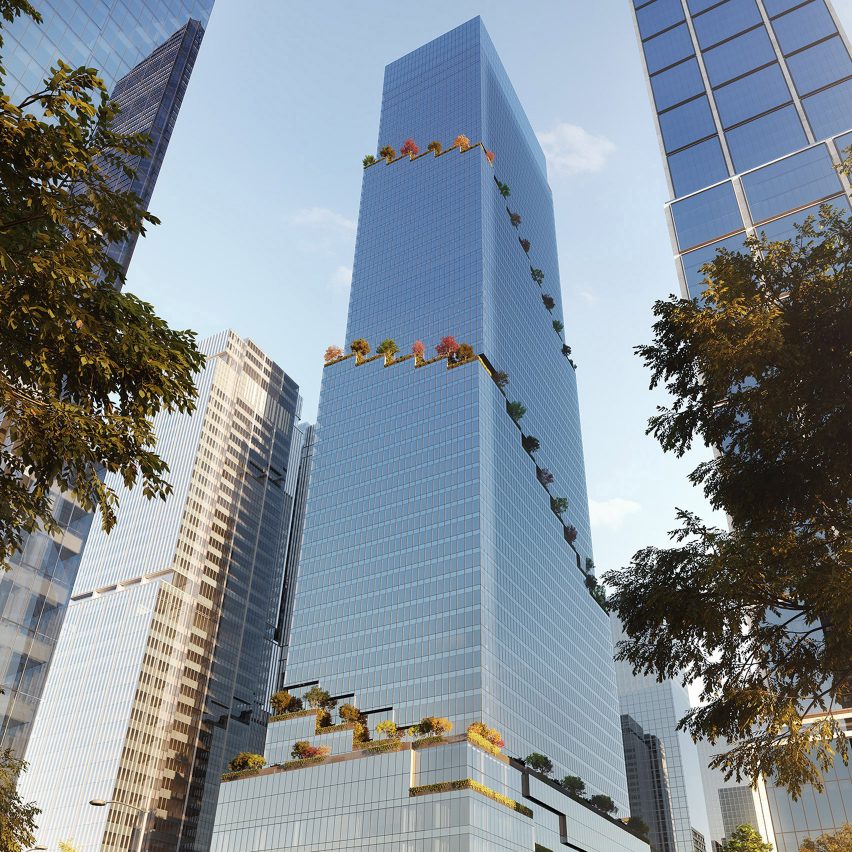 Some of the world’s best-known architecture studios, including BIG, Foster + Partners, Zaha Hadid Architects and Dorte Mandrup, are designing supertall skyscrapers. Here are 10 that are on the horizon.

Buildings that reach over 300 metres tall are classified by the Council on Tall Buildings and Urban Habitat as supertall skyscrapers.

Since the Chrysler Building in New York became the world’s first supertall skyscraper in 1930, over 170 supertalls have been built around the world with the number rapidly increasing in recent years. A record 26 buildings over 300 metres were completed in 2019.

Many of these supertall skyscrapers were built by studios that specialise in these engineering-heavy buildings, such as Kohn Pedersen Fox, Skidmore Owings and Merrill and Adrian Smith + Gordon Gill. However, increasingly, studios better known for cultural projects are getting in on the act.

Below are 10 supertall skyscrapers designed by some of the biggest names in architecture that are set to complete in the next couple of years: 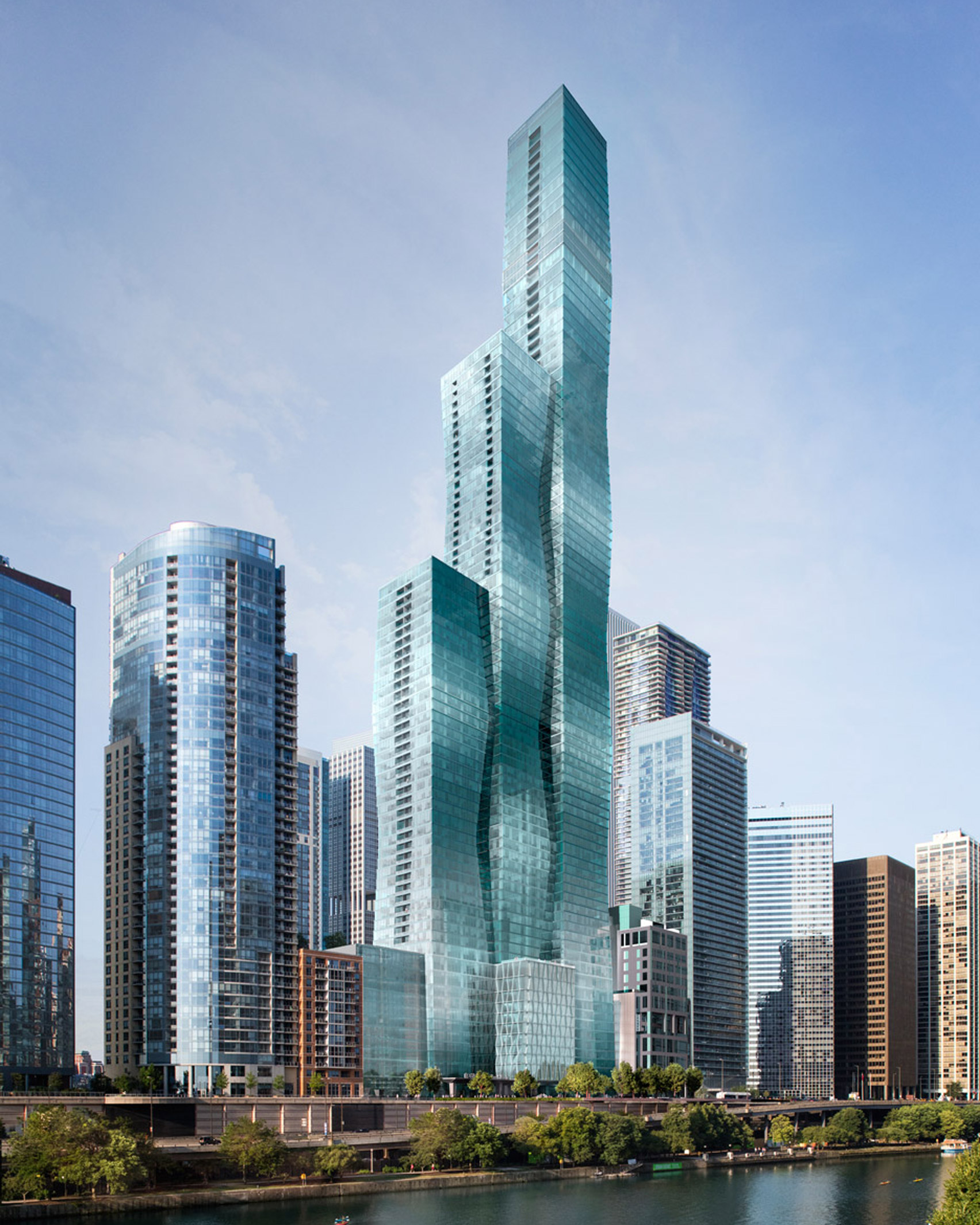 Due to open later this year, Vista Tower is a trio of interconnected glass towers designed by Studio Gang, the American architecture practice founded by Jeanne Gang.

Standing alongside the Chicago River, all three skyscrapers will feature a wavy facade of blue-green glass, with the tallest tower reaching 348 metres.

Find out more about Vista Tower › 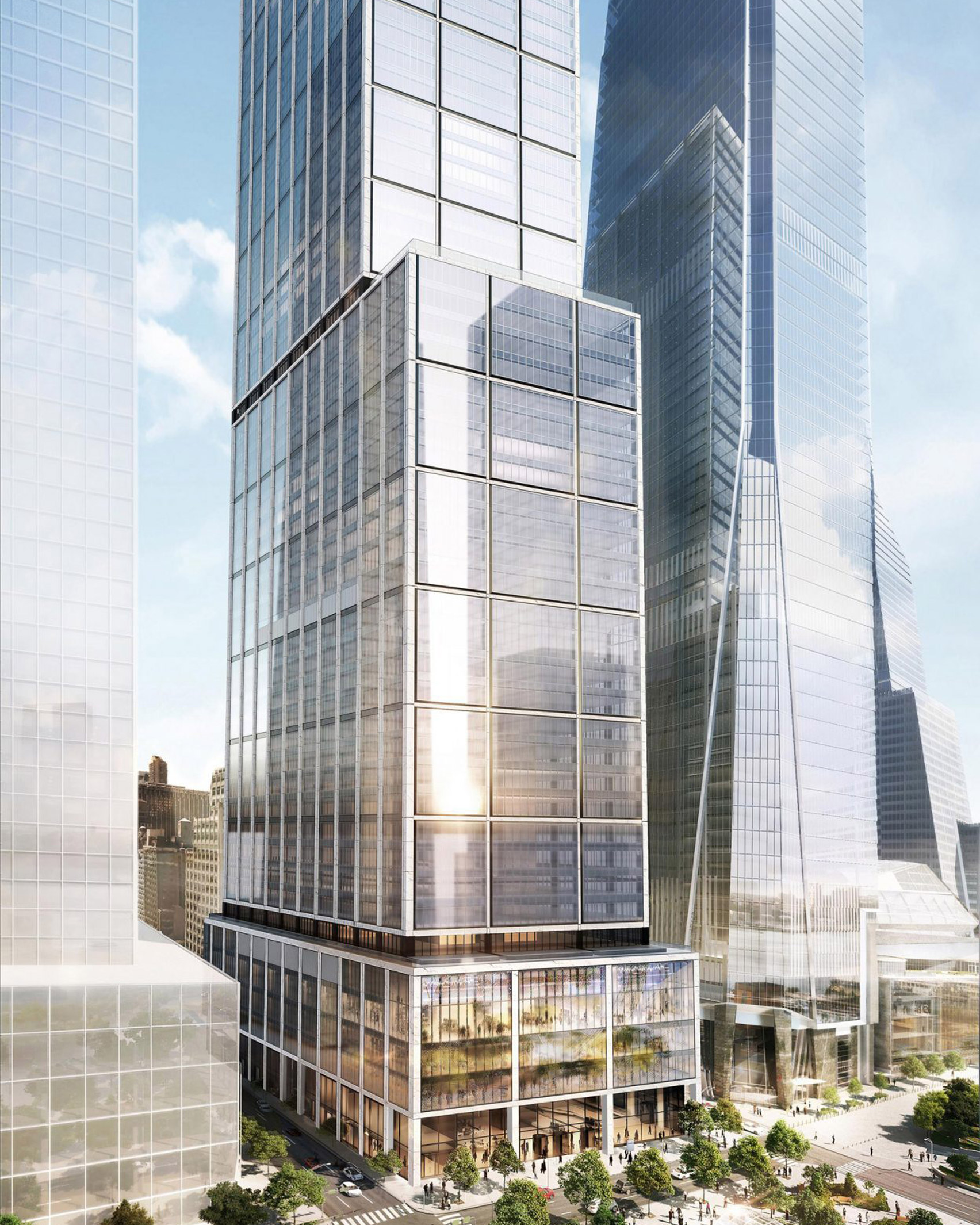 Due to complete in 2022, 50 Hudson Yards topped out earlier this year. The 308-metre-high office block was designed by British architecture studio Foster + Partners.

Formed of three stepped-back volumes, 50 Hudson Yards has a concrete and steel core and a glass facade.

Find out more about 50 Hudson Yards › 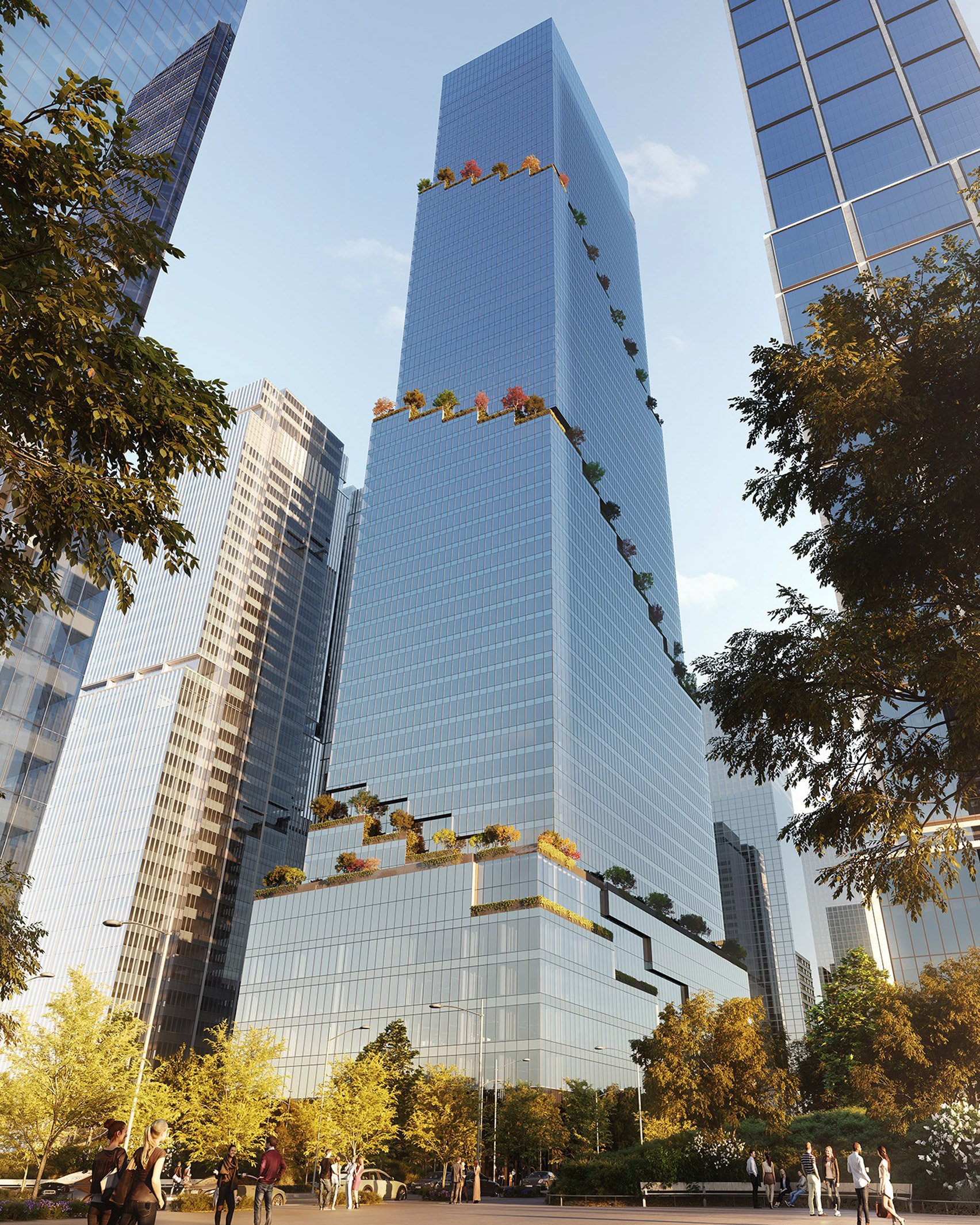 Also due to complete next year is The Spiral, a 314-metre-high office tower by Danish architect Bjarke Ingel’s firm BIG.

The supertall skyscraper gets its name from the stepped terraces that wrap all the way around its setbacks. The Spiral, also in Hudson Yards, topped out last month.

Find out more about The Spiral › 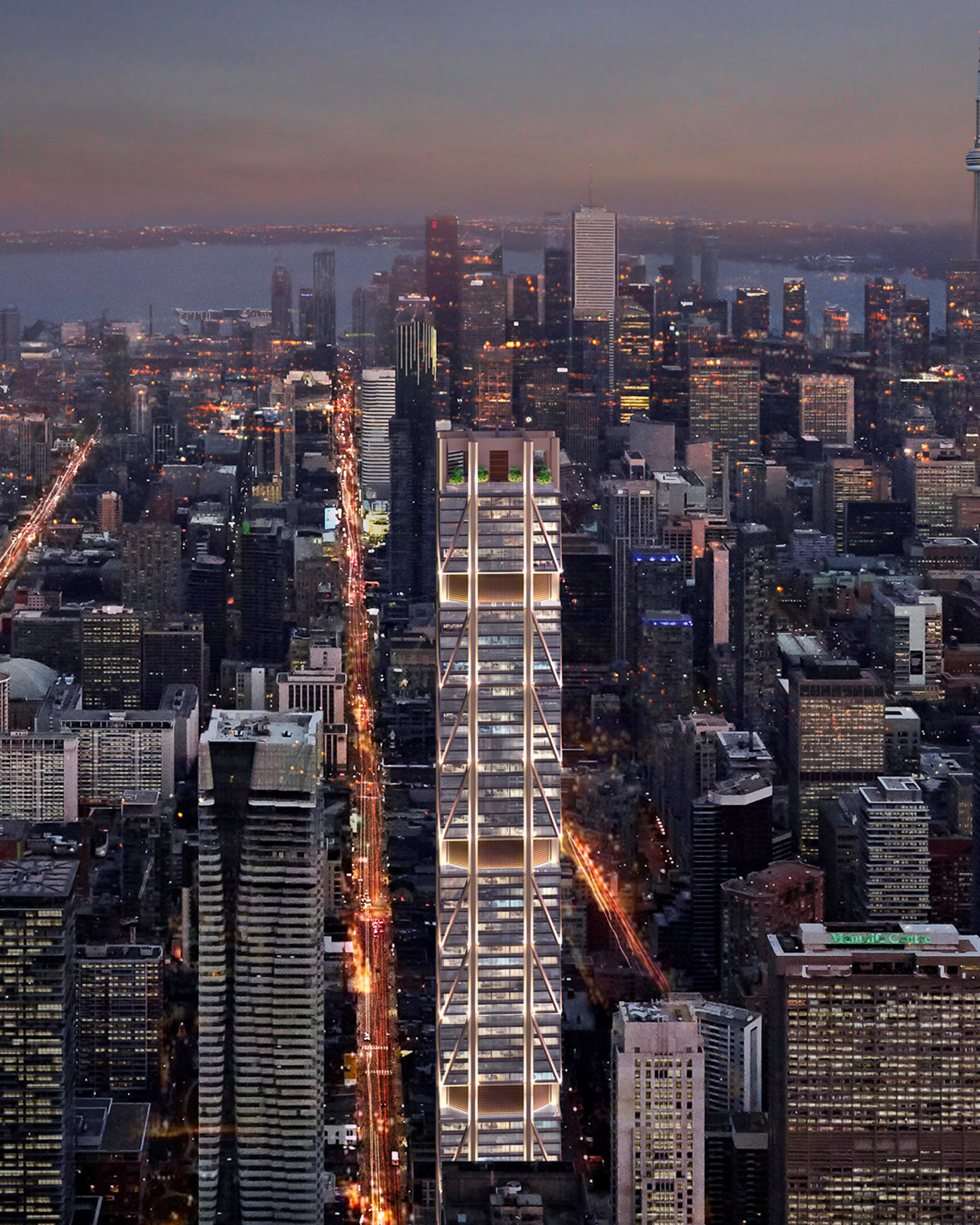 The One, Toronto, Canada, by Foster + Partners

The One is another Foster + Partners supertall due for completion in the next couple of years. Slated for opening in 2023, the 306-metre-high residential tower is under construction in Toronto.

Pale bronze-coloured cladding will cover elements of the skyscraper’s facade and its rectilinear form will be split into blocks separated by its mechanical levels.

Find out more about The One › 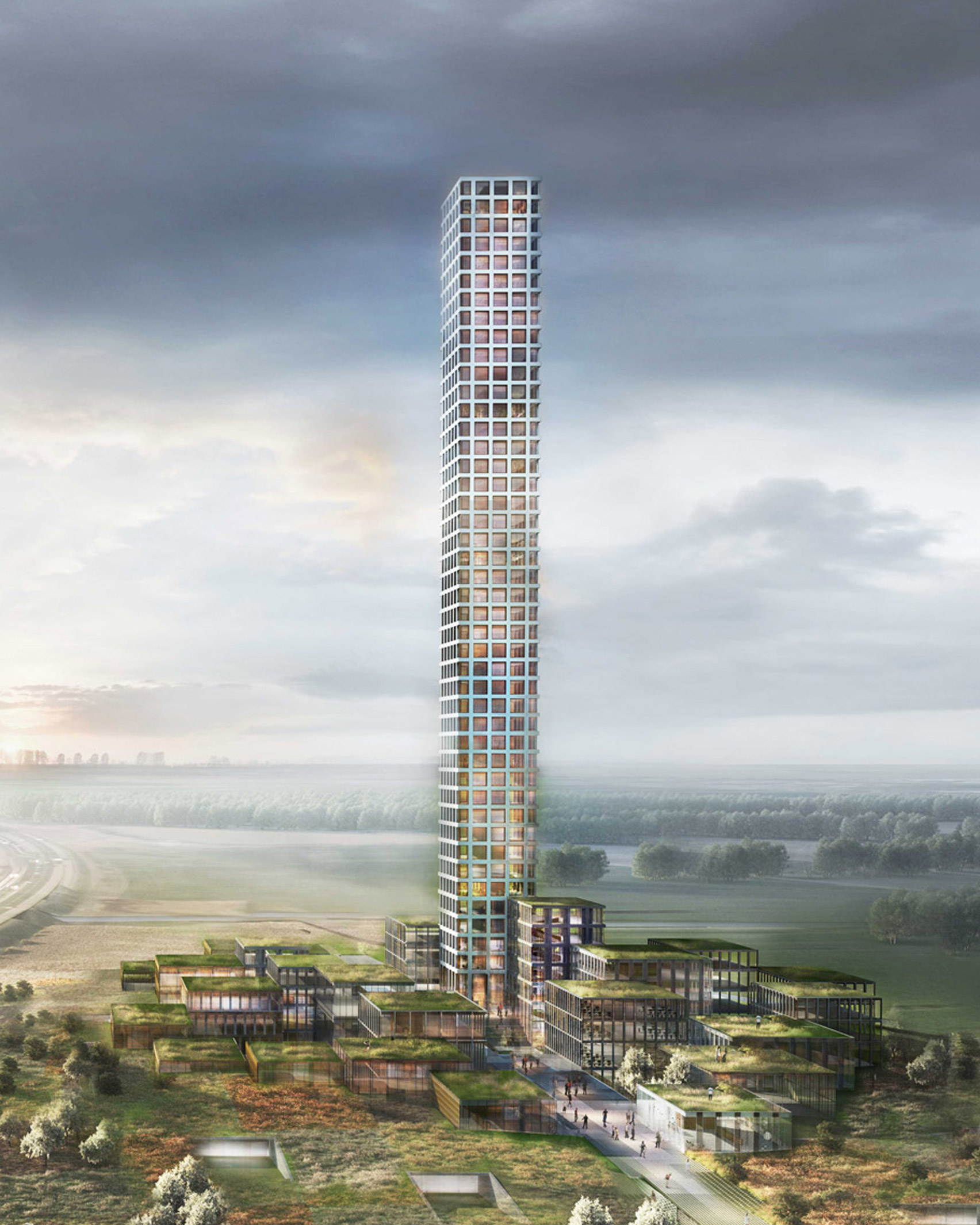 Dorte Mandrup’s plan for this 320-metre-high skyscraper in the Danish town of Brande includes making it “climate positive” as part of her firm Dorte Mandrup Arkitekter‘s commitment to sustainability.

Due to complete in 2023, Bestseller Tower will contain a hotel and offices, with a cluster of low rise buildings also planned for around its base.

Find out more about Bestseller Tower › 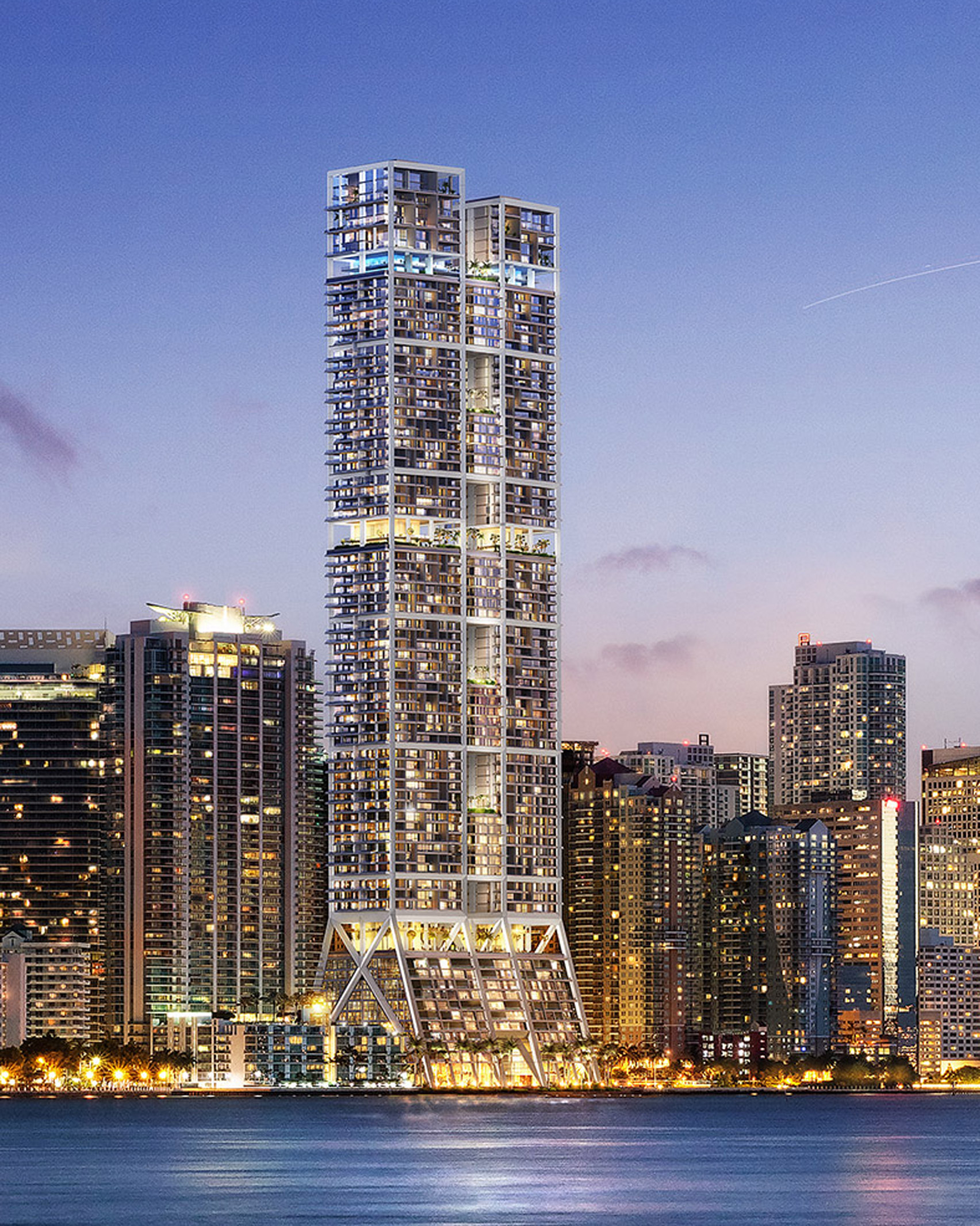 Norman Foster’s third upcoming supertall project is actually two towers – a twin set of skyscrapers in Miami that will both be 320 metres tall.

The Towers were approved after Miami raised its height limit for buildings. The interconnected buildings will house 660 apartments when the project completes in 2023.

Find out more about The Towers › 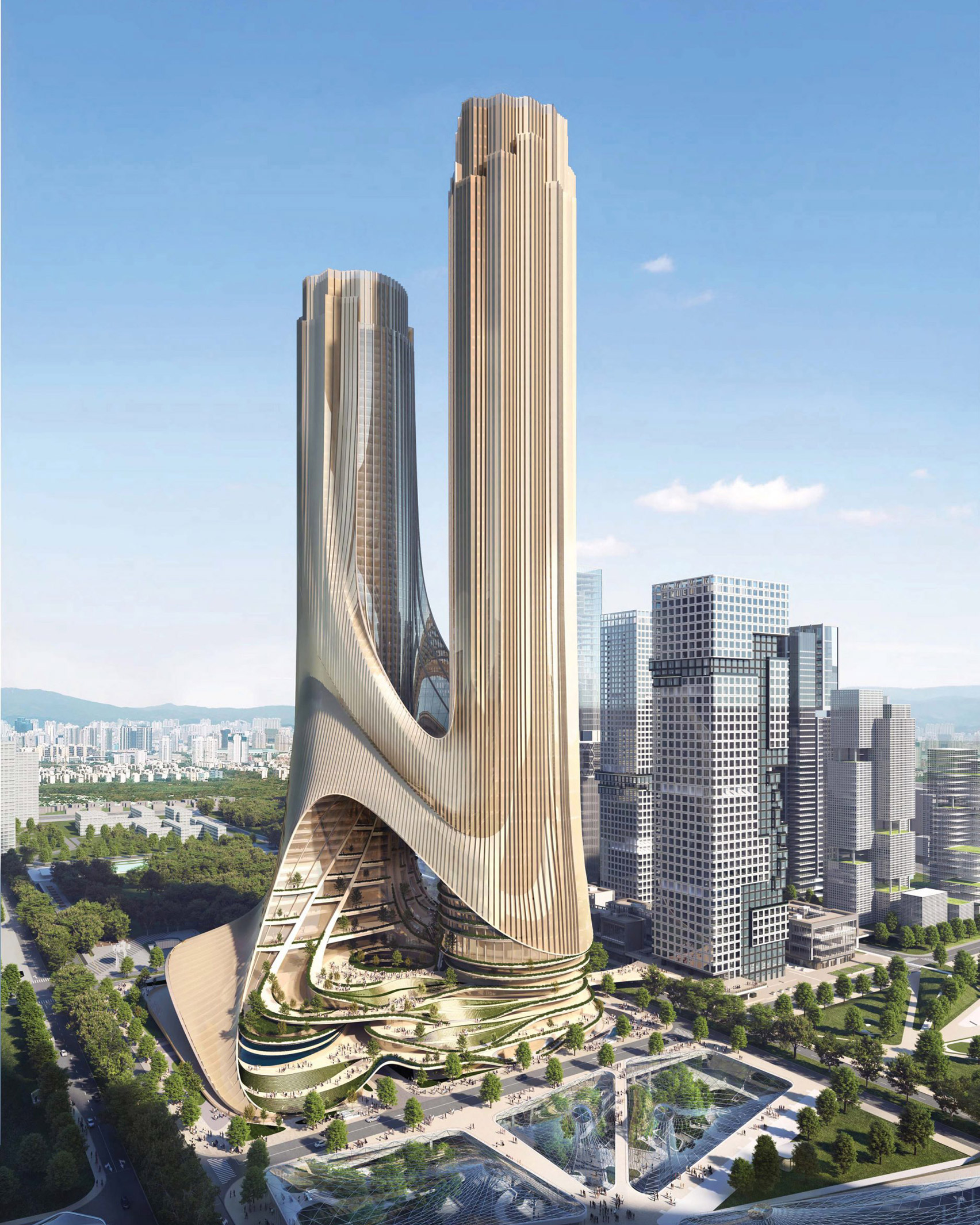 Zaha Hadid Architects also has a pair of connected supertall skyscrapers planned. The firm, which was founded by the late Zaha Hadid and is now run by Patrik Schumacher, designed Tower C for a new financial district in Shenzhen.

The tallest of the towers will be almost 400 metres high, with the two structures linked by planted terraces.

Find out more about Tower C › 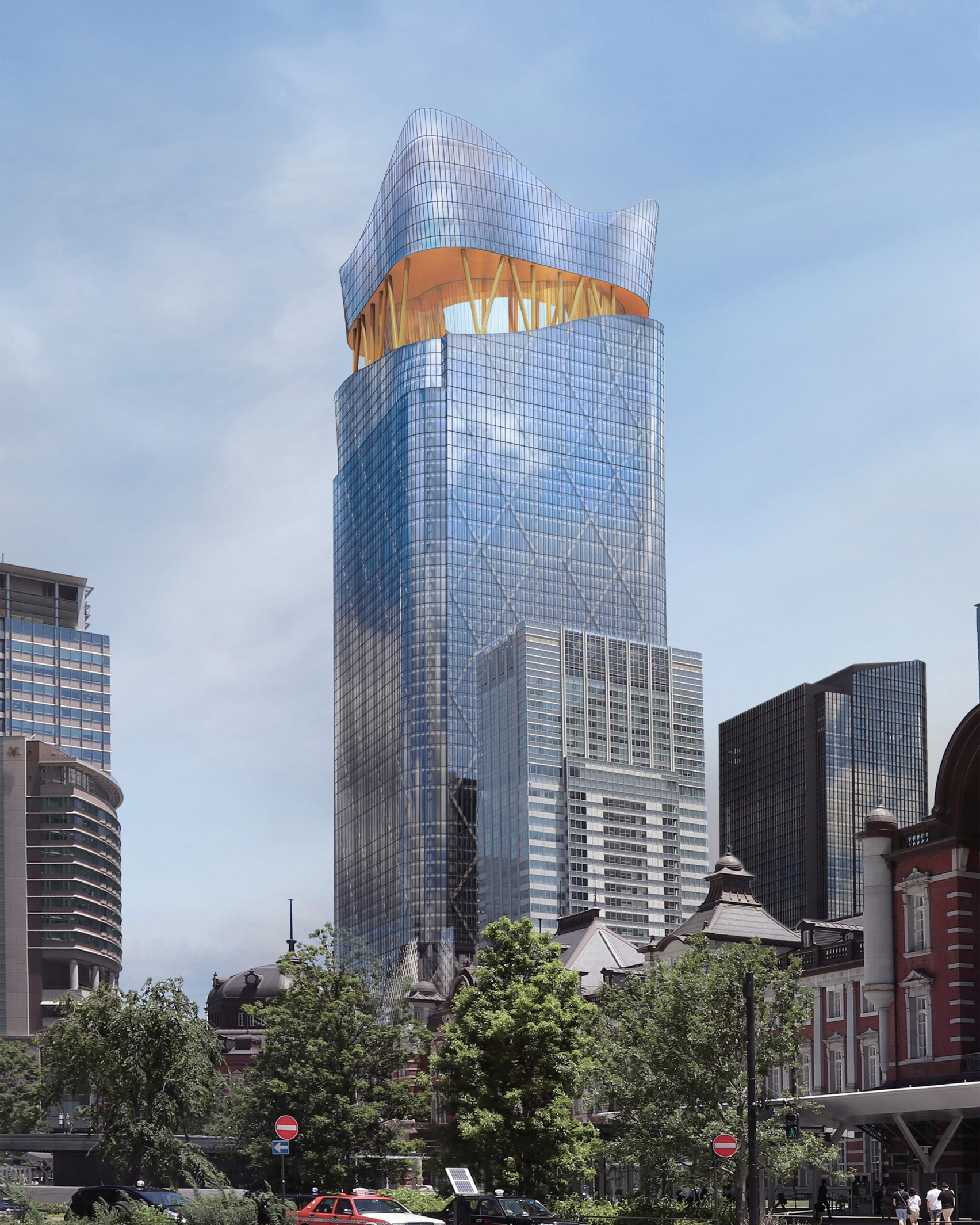 Japanese architect Sou Fujimoto is designing the top section of Torch Tower, a 390-metre-high development that is due to become the tallest building in Japan.

Due to complete in 2028, the project is a collaboration between Sou Fujimoto Architects and Mitsubishi Jisho Sekkei.

Find out more about Torch Tower › 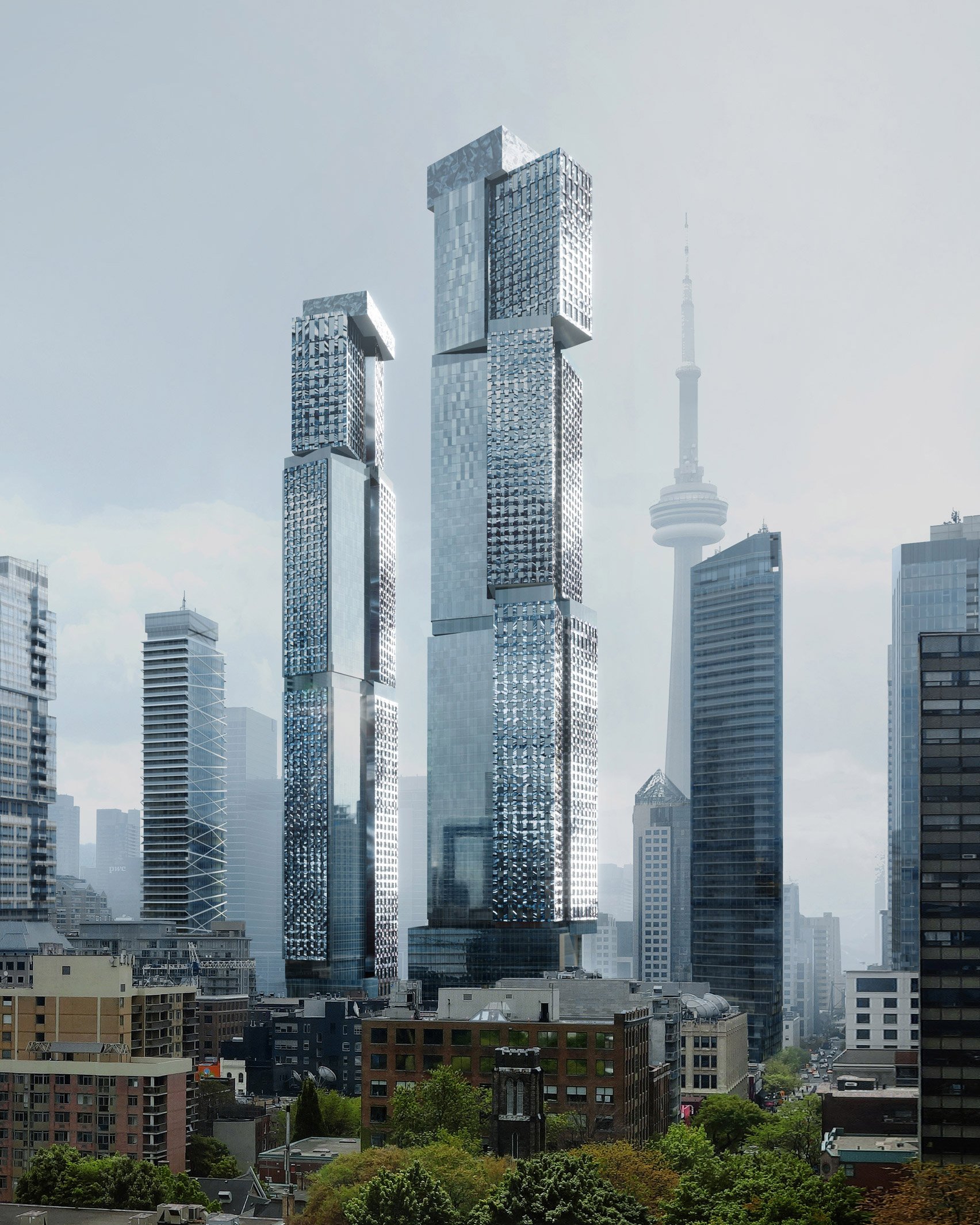 This almost-supertall project has gone through multiple iterations since its conception in 2013. Currently, the tallest of the two towers is due to 298 metres, making it just shy of true supertall status.

In his latest announcement, Frank Gehry revealed that the two skyscrapers will be covered in panels of textured reflective aluminium.

Find out more about Gehry Project › 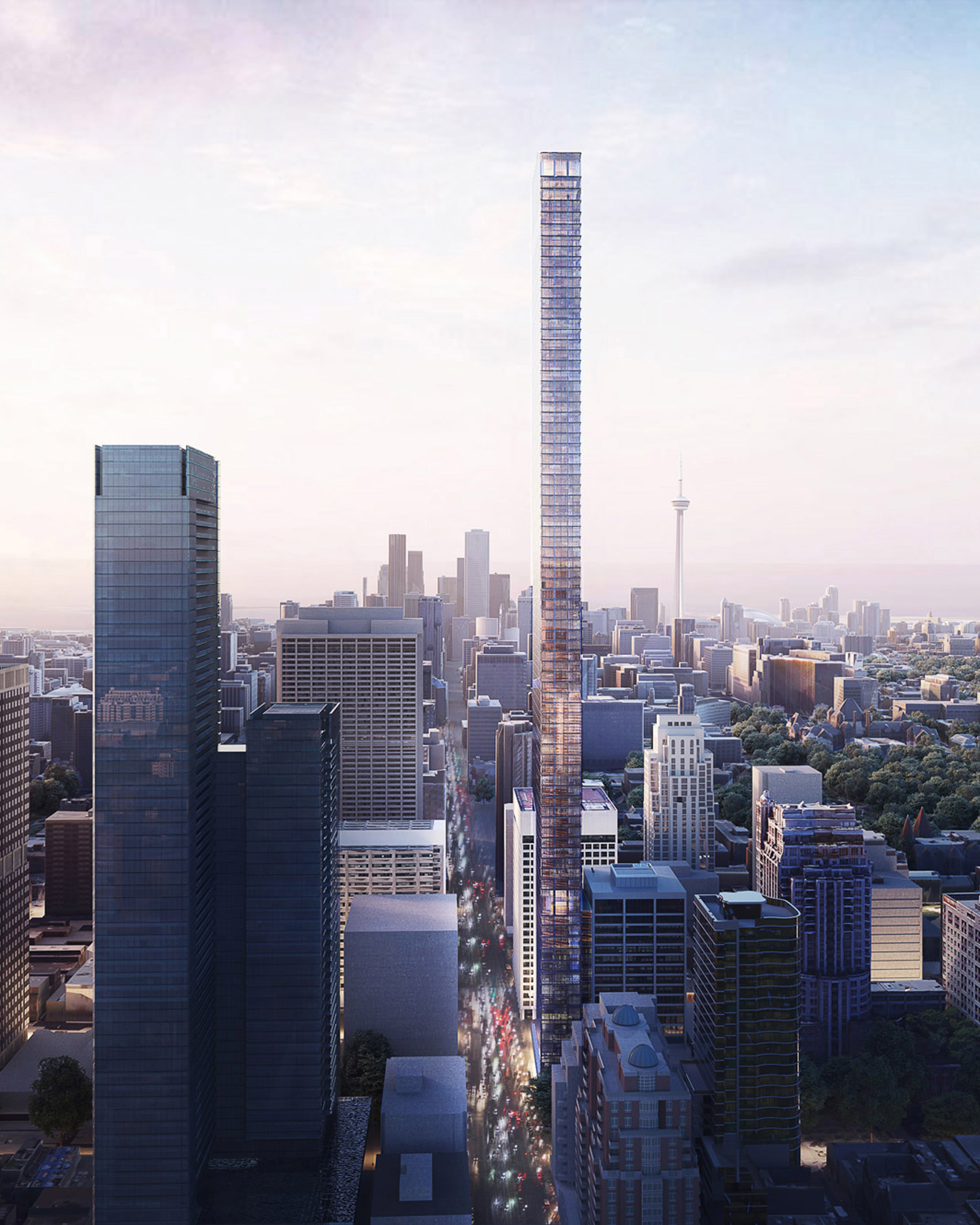 Although it’s still in the planning stages, 1200 Bay Street is a contender for Canada’s tallest skyscraper at 324 metres.

Jacques Herzog and Pierre de Meuron’s studio Herzog & de Meuron designed the tower to have a height to width ratio of 3:1, meaning it is also a skinny skyscraper.