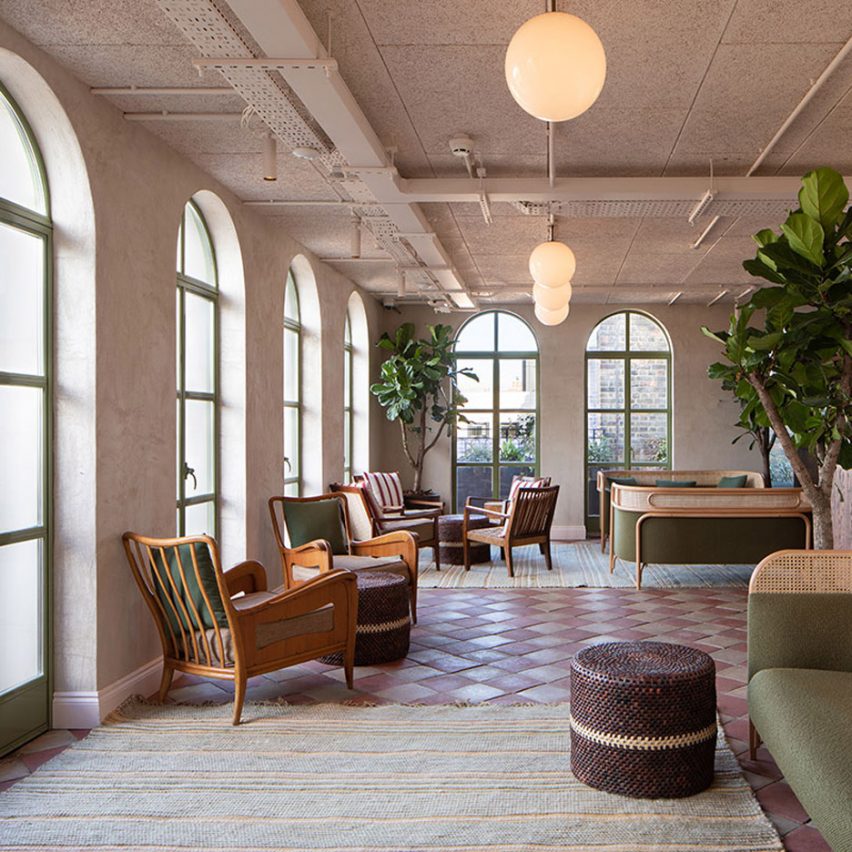 Traditional African crafts and the typically restrained Scandinavian colour palette informed the interiors of this members’ club in west London, which has been created by Cavendish Studios and Russell Sage Studios. 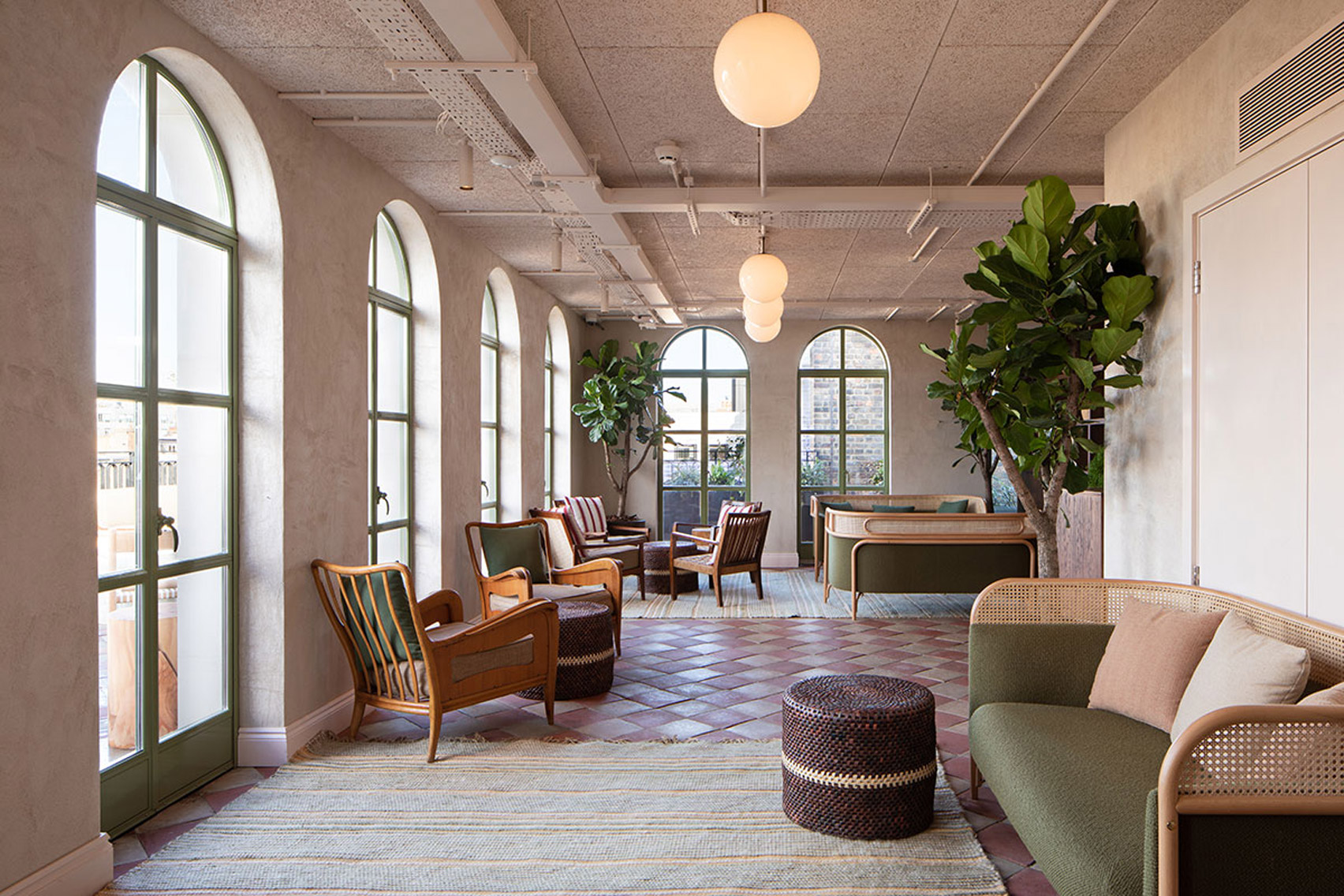 The Conduit is set within an eight-storey building in London’s affluent Mayfair district, sharing the same street as upscale restaurant Sketch and a number of high-end fashion boutiques.

Open to individuals from a variety of professional backgrounds, the members-only club caters to those interested in “tackling some of the most pressing challenges facing [society] today” by running an events programme focused on seven topics: climate change and sustainability, health and nutrition, justice, art and culture, education and skills, employment and economic opportunity, and equality. 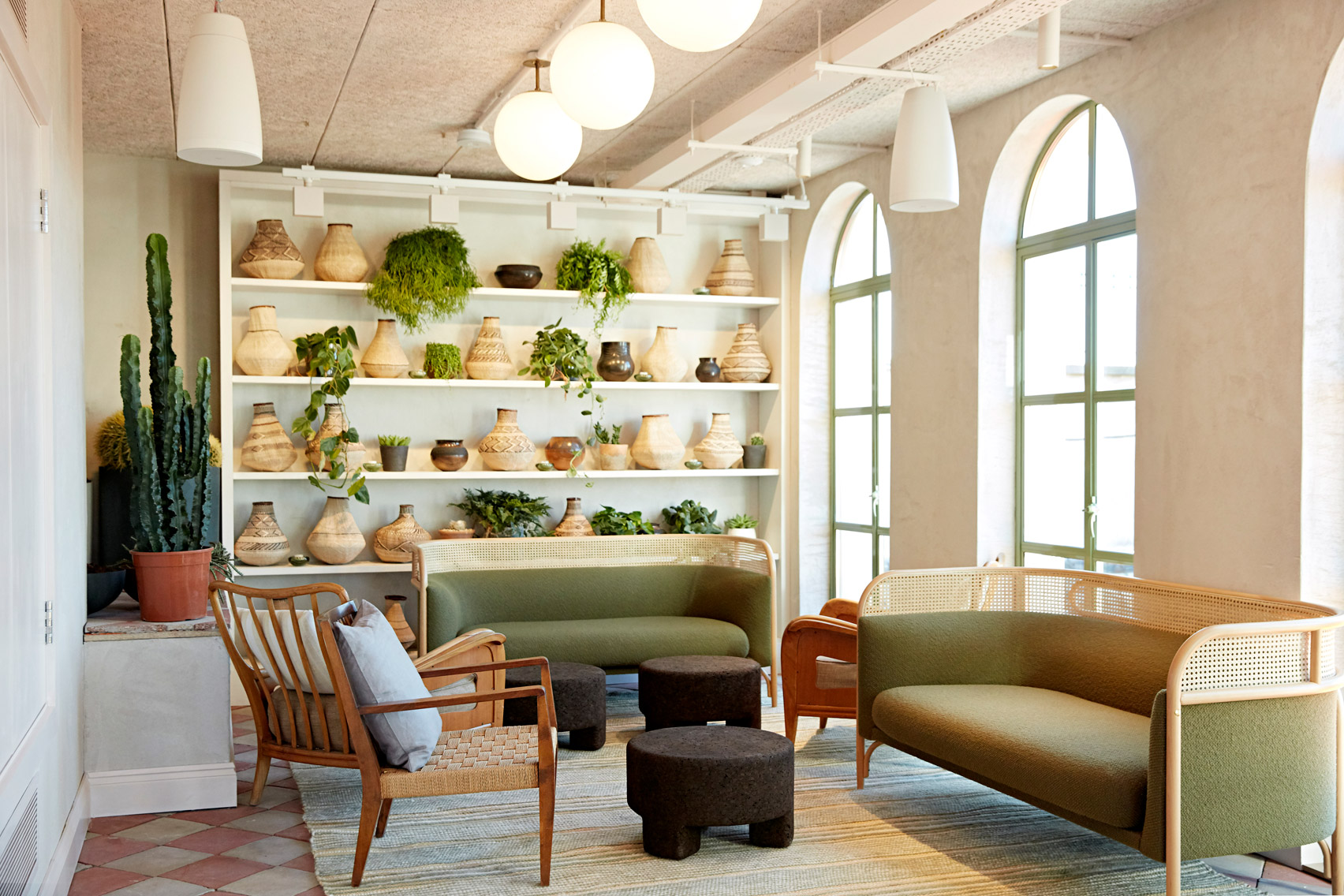 South London-based practice Feix&Merlin Architects carried out a subtle renovation of the building’s structure, maintaining its neoclassical facade and inserting two new lift shafts which can be used by the club’s staff to transport good and stock between floors.

The interior of the 4,000 square-metre site, which formally served as an ancillary building for the nearby Westbury Hotel, has been overhauled by Cavendish Studios and Russell Sage Studios to reflect “Scandinavian minimalism meets African craft”. 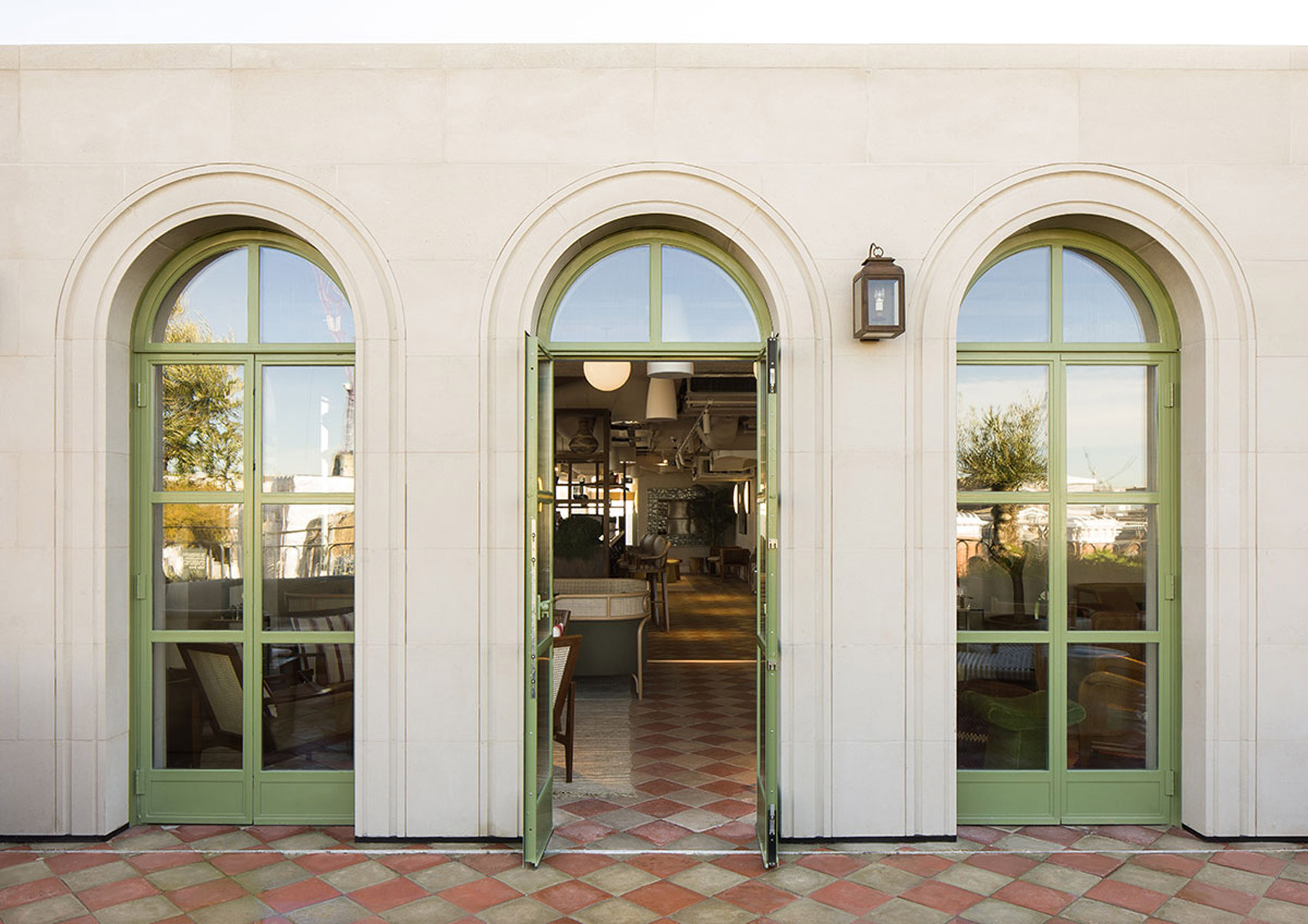 After developing a series of mood boards, both studios went about decking out the club’s communal spaces in neutral hues and subtly striking decor elements.

“During our design process and approach to the project we developed a very artisanal approach. We then travelled to Africa and worked with NGOs and artisans who use craft as means of social ‘upliftment’,” Cavendish Studios told Dezeen.

In the sixth floor sitting room, where customers can work or relax, beige plaster walls have been paired with the building’s original diamond-patterned terracotta floors.

Olive green sofas, sage-coloured rugs and cane armchairs have been used to dress the space, along with woven vases which line shelves on the wall.

Huge arched doors lead through to a greenery-filled roof terrace, which is simply finished with pale grey seats and timber side tables. A number of potted succulents and tall leafy plants have also been placed at several points indoors.

“There’s a strong emphasis on using interior planting to bring the space ‘alive’ while utilising the outdoor terraces to their full potential to create an oasis within the club,” explained Russell Sage Studios. 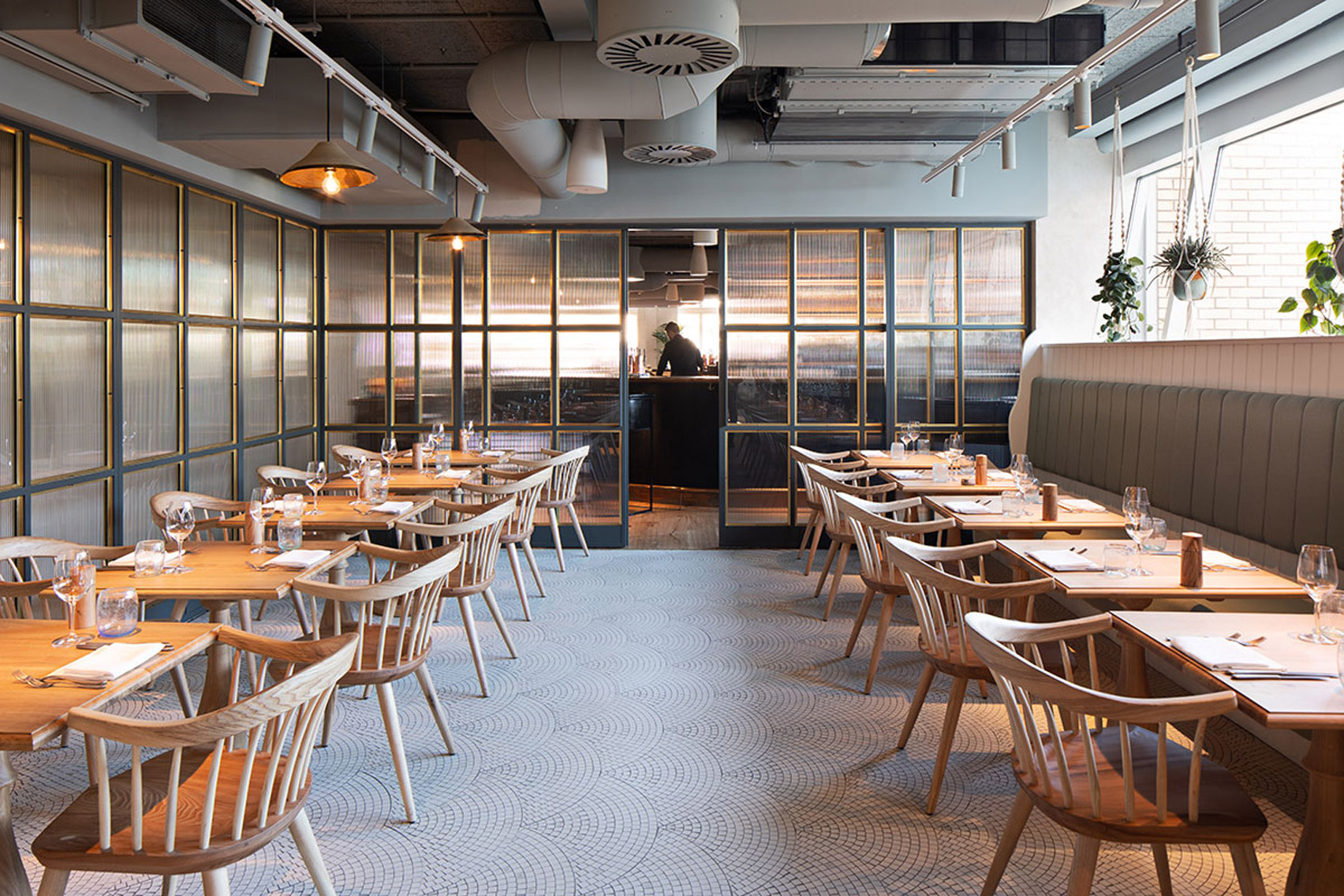 A more opulent material palette has been introduced in the basement, where a speakeasy-style bar has been created for members – the drinks counter is fronted by emerald-green tiles, while shiny gold brass has been used to form tables.

The recently-opened Soho House Mumbai members club has interiors that reference traditional Indian textiles – its guest suites feature lampshades made from vintage saris, while its cinema has walls upholstered in fabrics that were hand printed in Rajasthan.

Photography is by Adam Scott unless stated otherwise.