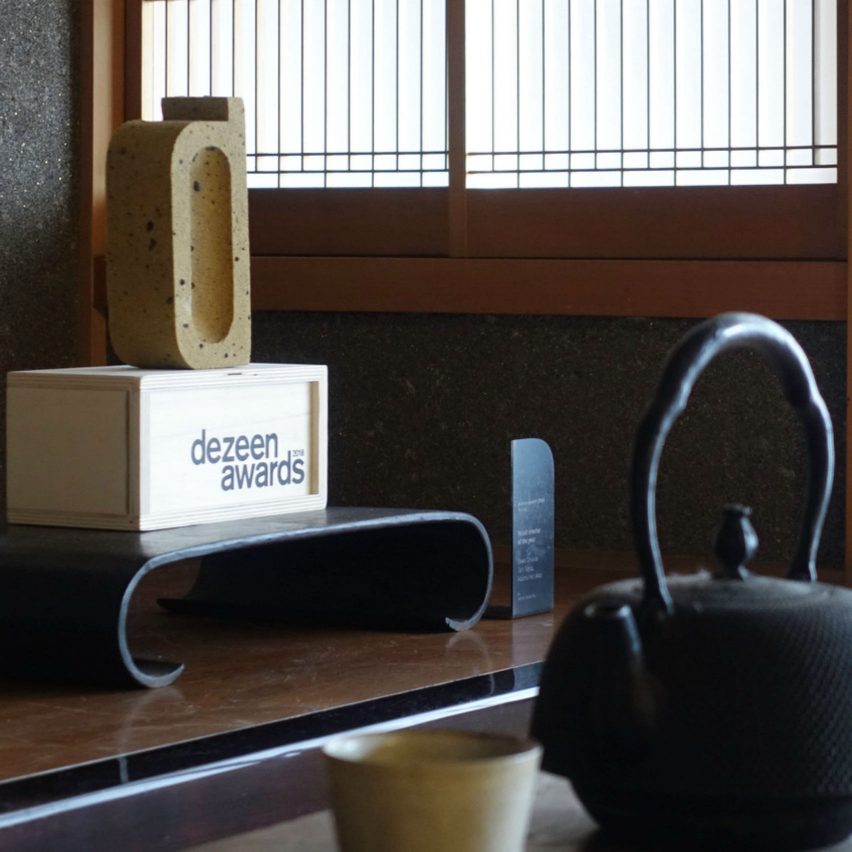 How would you display your trophy if you won a Dezeen Award? We asked some of the 2018 winners to share their “shelfies”.

The trophies were designed by Dutch design studio Atelier NL and are hand-made from clay using traditional brick-making techniques. Each trophy came in a wooden presentation box and winners also received a printed certificate.

This year a further 39 trophies will go to Dezeen Awards 2019 winners in categories spanning architecture, interiors and design.

Enter now and start planning where you will put your trophy if you win! 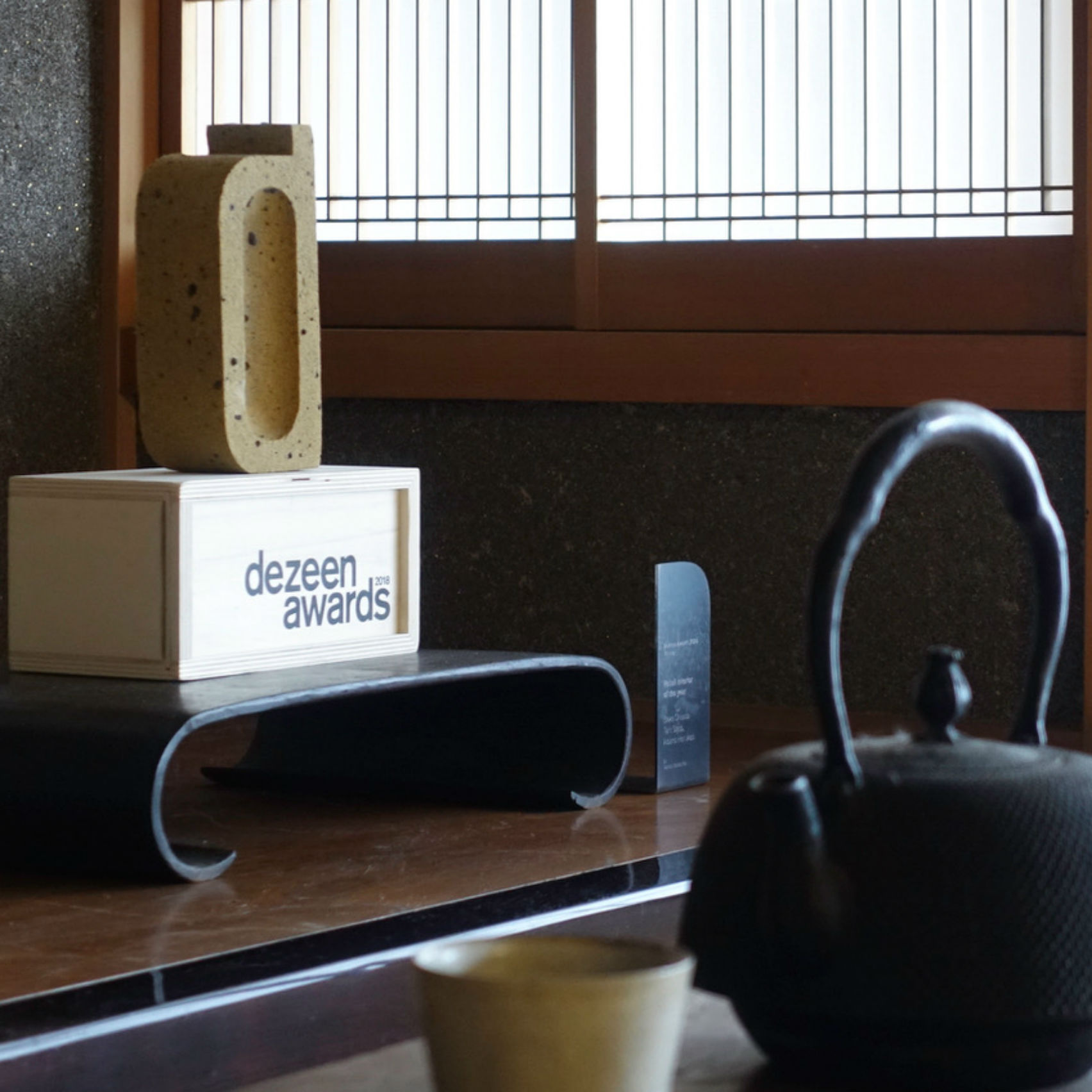 Fumitaka Suzuki of Yagyug Douguten, who won retail interior of the year at Dezeen Awards 2018, displays his trophy in an alcove at his home in Nara, Japan.

“This is a traditional Japanese architectural style,” said Suzuki. “A tokonoma, or a raised alcove about the size of one tatami mat, is found at the back of a Japanese-style living room that has tatami flooring.”

Tokonomas are used to display objects of high aesthetic merit, such as flowers, hanging scrolls and Dezeen Awards trophies. 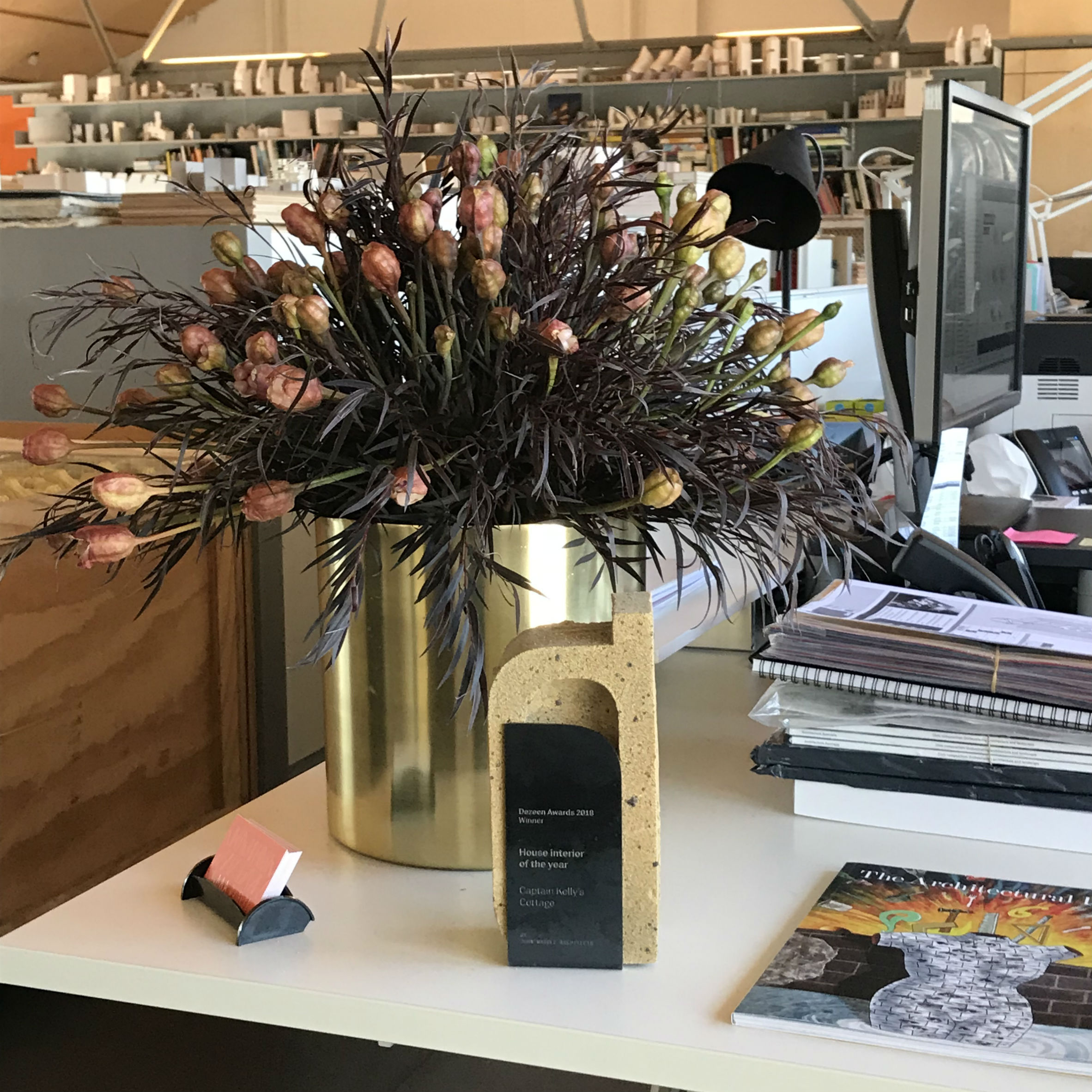 “On display amongst our prized curios”

John Wardle Architects displays its trophy on its reception desk, where visitors often comment on its striking design.

“Our trophy is on display amongst our prized curios, which include interesting materials, prototypes, models, and awards,” said Justine Makin. “It is up there because we are thrilled to have been selected as winners of house interior of the year.”

“We are also big fans of the physical design,” she added. “Brick is something we are big fans of. Few awards trophies are worth displaying, but this one is quite special.”

“The trophy gets many favourable comments from visitors to the office. The outcomes are to be felt long-term, with the Dezeen Award notable among our architectural and interior honours. Winning in the inaugural awards season also has its cache!” 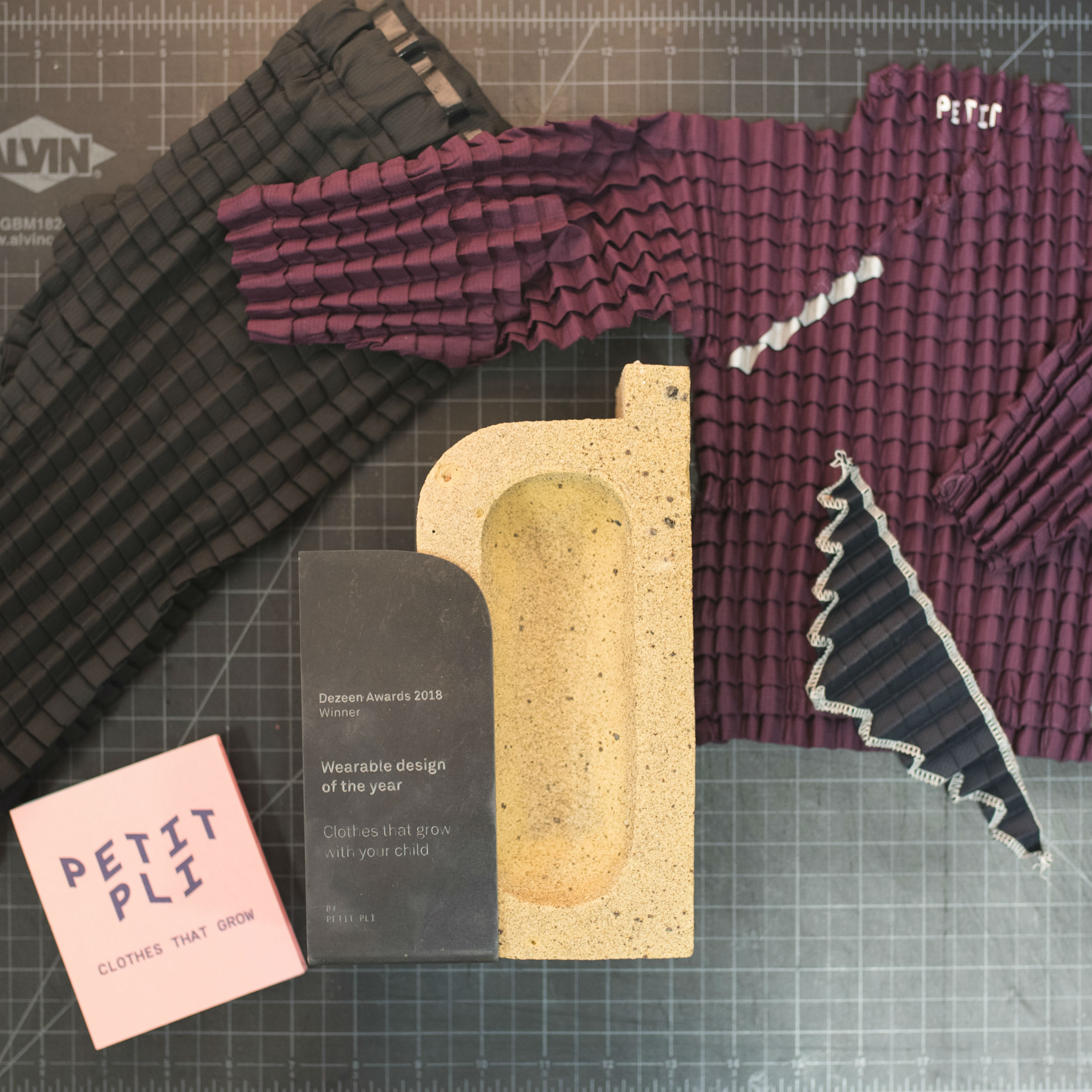 “Serves as a great motivator”

Petit Pli, which won wearable design of the year, displays its trophy at its London studio, but co-founder Ryan Yasin keeps the presentation box at home.

“We love that the Dezeen Award trophy has two parts,” said Yasin. “We keep the trophy in our London Fields studio, where it sits front and centre on our awards shelf and serves as a great reminder of all that the Petit Pli team has achieved since 2017.”

He added: “It serves as a great motivator whenever we face challenges.”

The wooden presentation box “lives with me at home,” Yasin said. “Seeing it before I start the day and end the night after work is fulfilling and helps sustain my drive and momentum.” 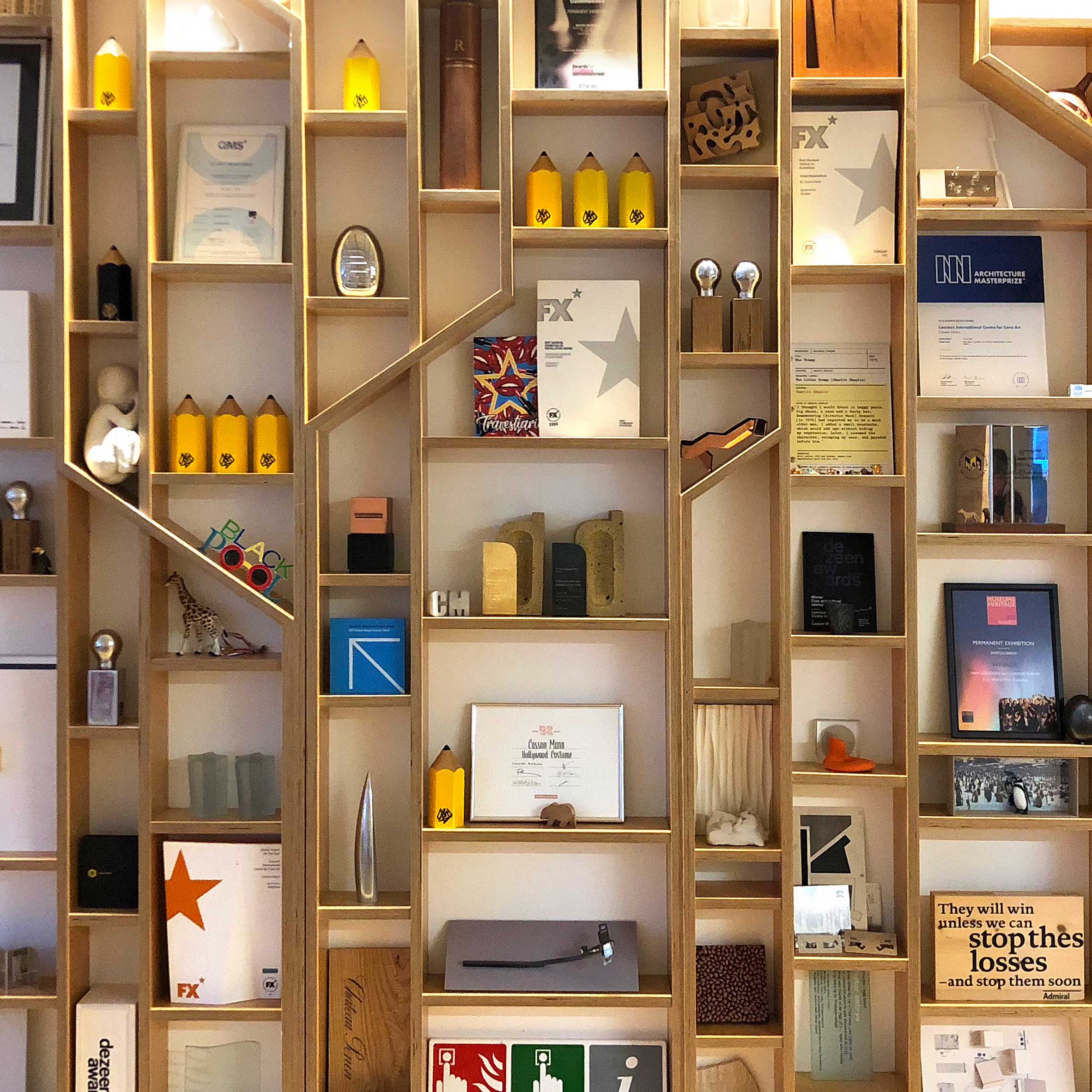 “To win a Dezeen Award is just great”

Interior designer Casson Mann has won dozens of trophies over the years but it has found space on its awards wall for its two Dezeen Awards, won for interior project of the year and civic and cultural interior of the year.

“Although our awards wall looks like it’s dripping in stuff, that’s 20 plus years of effort sitting there,” said Roger Mann. “For us to win a Dezeen Award is just great, and to have won two in your first year is brilliant.” 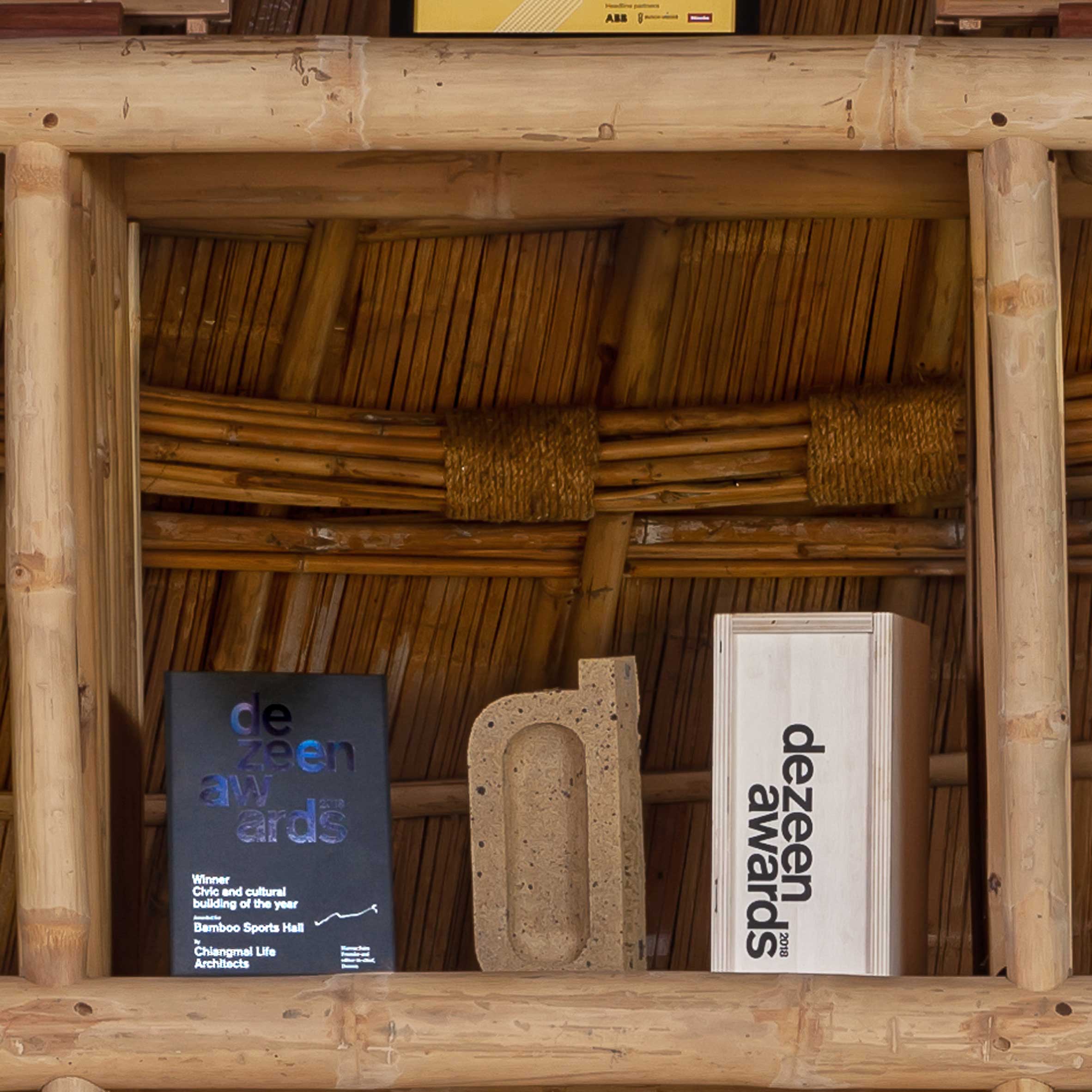 “We keep the Dezeen Award right in the centre”

Chiangmai Life Architects, which won civic and cultural building of the year, has given its award a special place on its awards shelf. Like the building that won the award, the shelf is made of bamboo.

“We have a purpose-made awards display made from bamboo and we keep the Dezeen Award right in the centre, at the heart of it,” said Markus Roselieb. “The display is in our main entrance room where all visitors pass.” 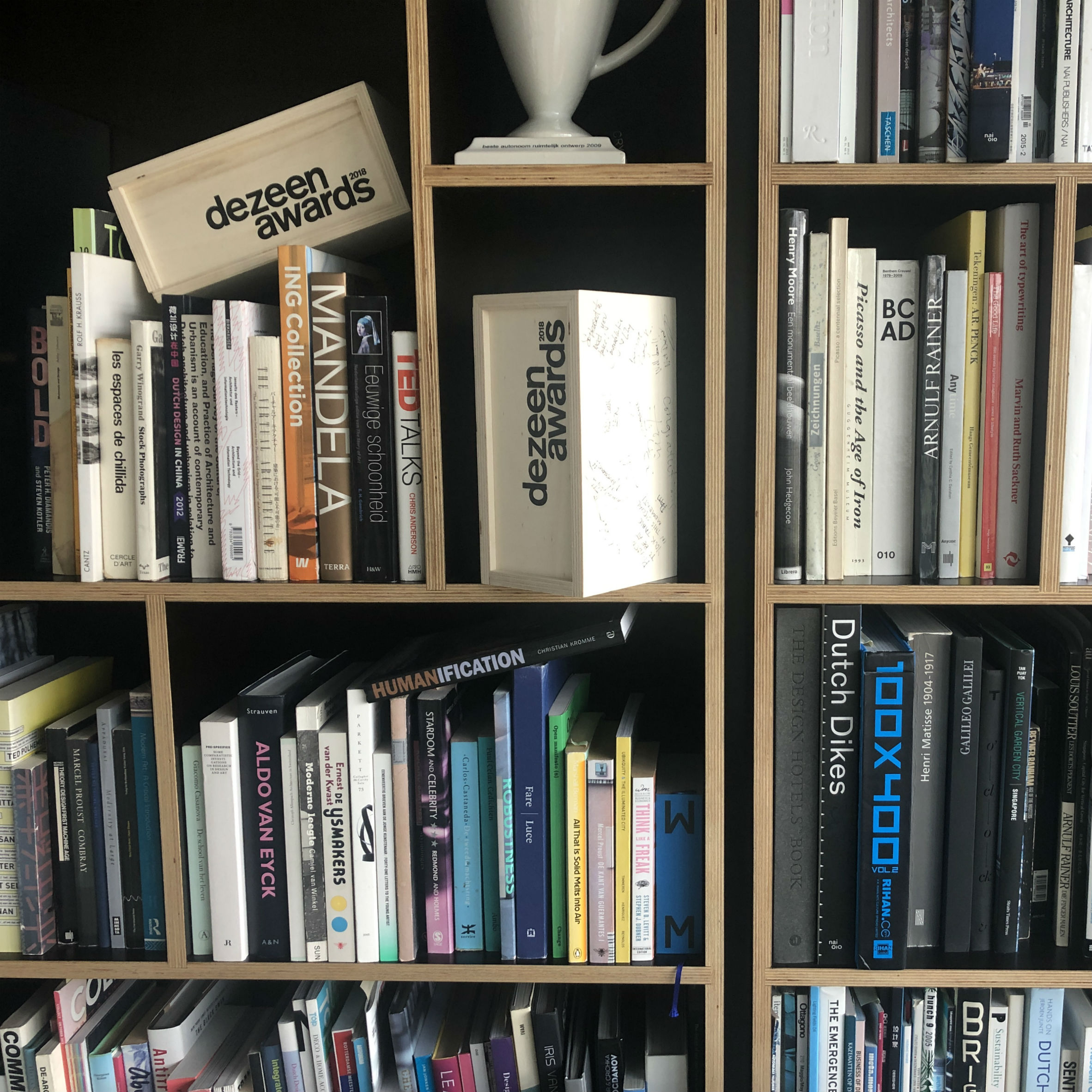 Daan Roosegaarde of Studio Roosegaarde won two awards, and he keeps them on a shelf in his office. At the awards ceremony, Roosegaarde asked attendees to sign his trophy box, turning it into a special souvenir of the evening.

“When I was there at the ceremony, it was really exciting for me,” said Roosegaarde, who won design project of the year and lighting design of the year.

“All my heroes were in the same room,” he said. “People like Thomas Heatherwick and Tom Dixon and and it was really like, wow! It was really fun to know that they are also very approachable and enjoyed the work. I had them all sign the trophy box!” 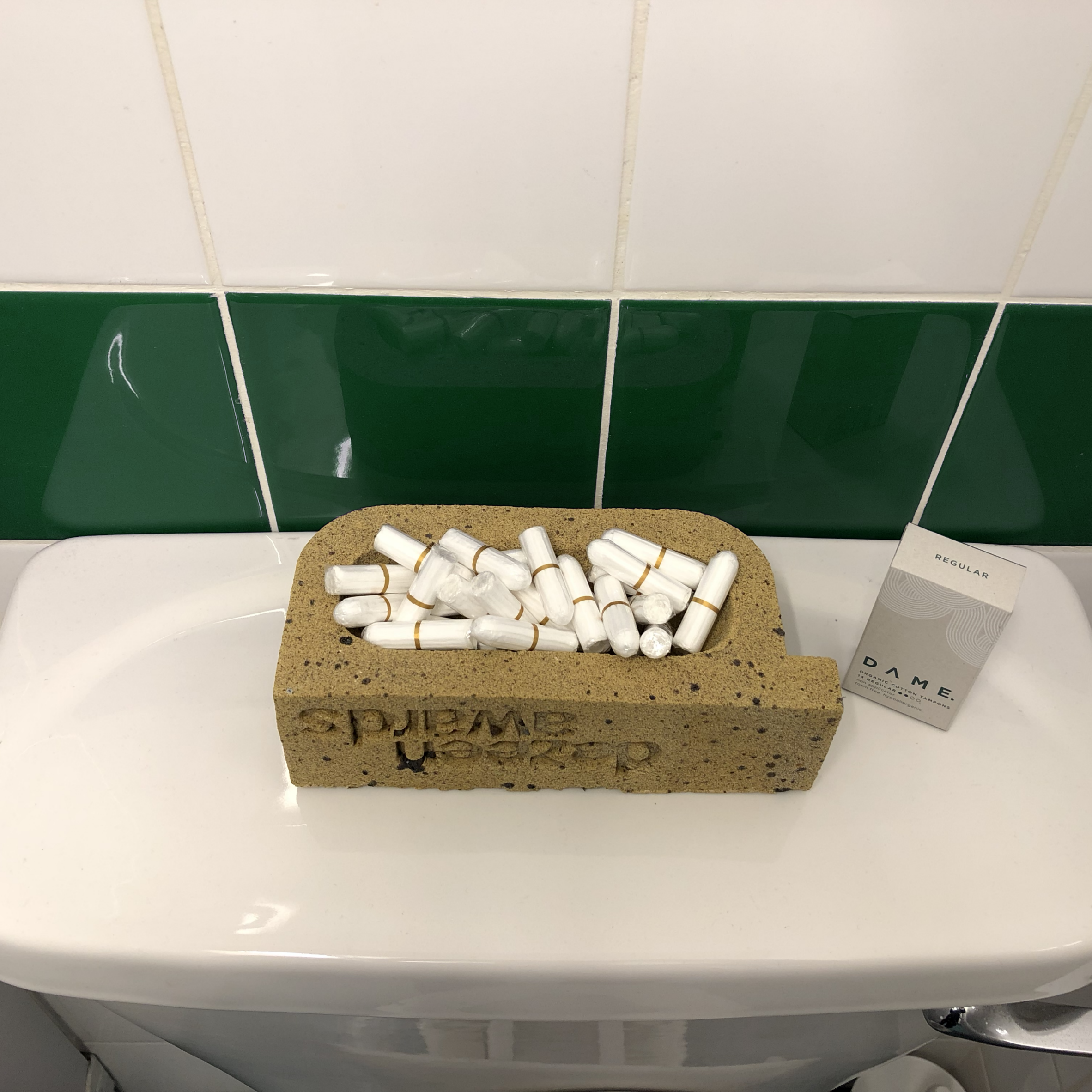 “It has pride of place in our office bathroom”

Dame won leisure design of the year for their reusable tampon applicator, and they have similarly repurposed their trophy as a tampon dish.

“Reusability is at the core of what we do, so we couldn’t let our Dezeen trophy be any different,” said Alec Mills of Dame. “It has pride of place in our office bathroom performing a very different, though no less important, function than it was originally intended for.”

The post “The Dezeen Awards trophy gets many favourable comments from visitors to the office” appeared first on Dezeen.