UK architects David Ben-Grünberg and Daniel Woolfson have updated their shape-shifting D*Haus to create a residence with a rotating roof for a site in Devon, England.

The D*Haus Company founders see the residence as the next generation of its Dynamic D*Haus, which was first unveiled in 2012 and was designed to respond to the changing times of the day, seasons and weather conditions. 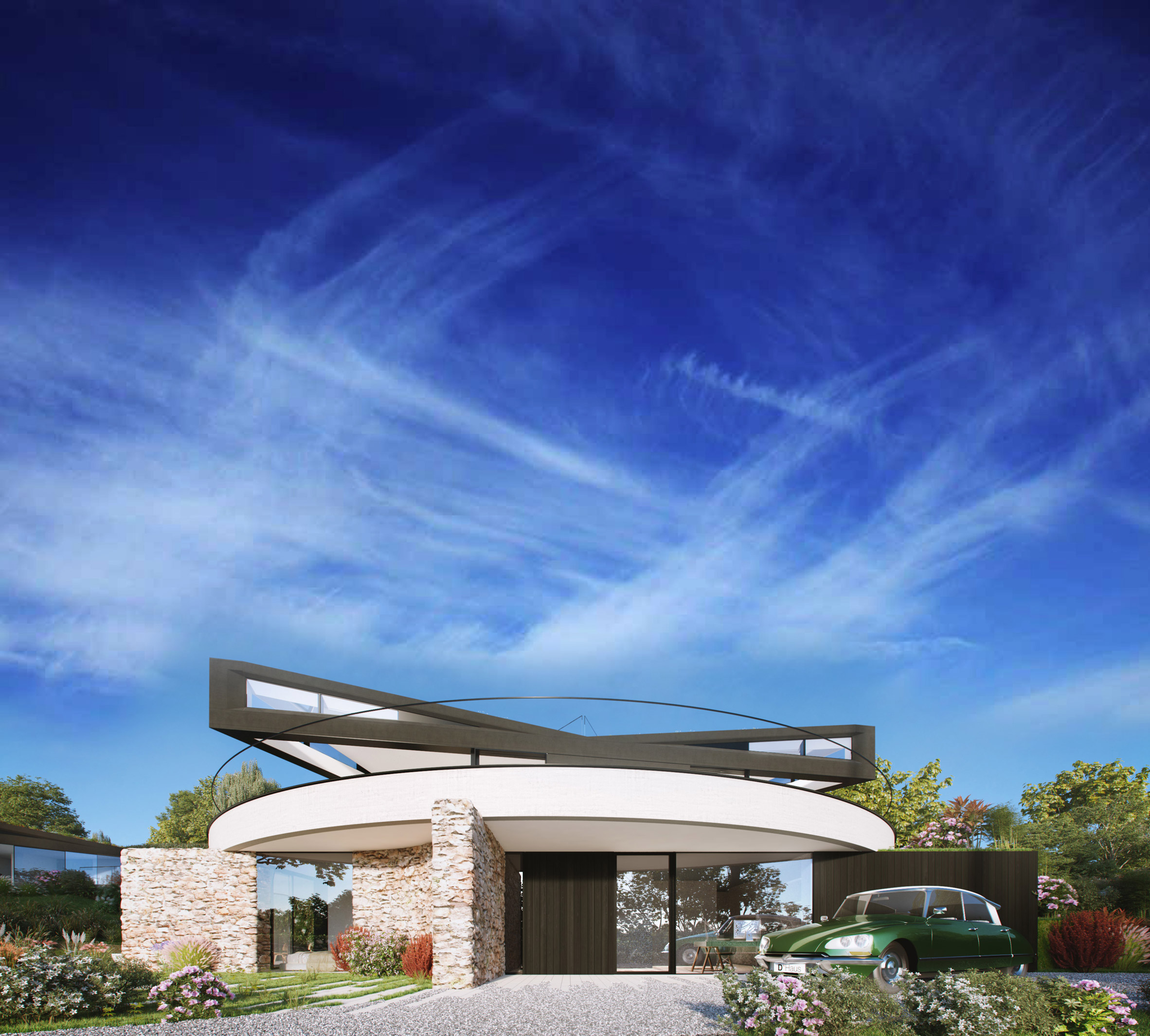 Called Devon House, this new concept with a rotating roof was intended to suit the reduced mobility of their clients in later life. But the estimated £3 million price tag came in well above the their £2 million budget, so Ben-Grünberg and Woolfson were forced to make some alterations to the design.

The architects created a cheaper, static version of the same design, which received planning permission in April this year. 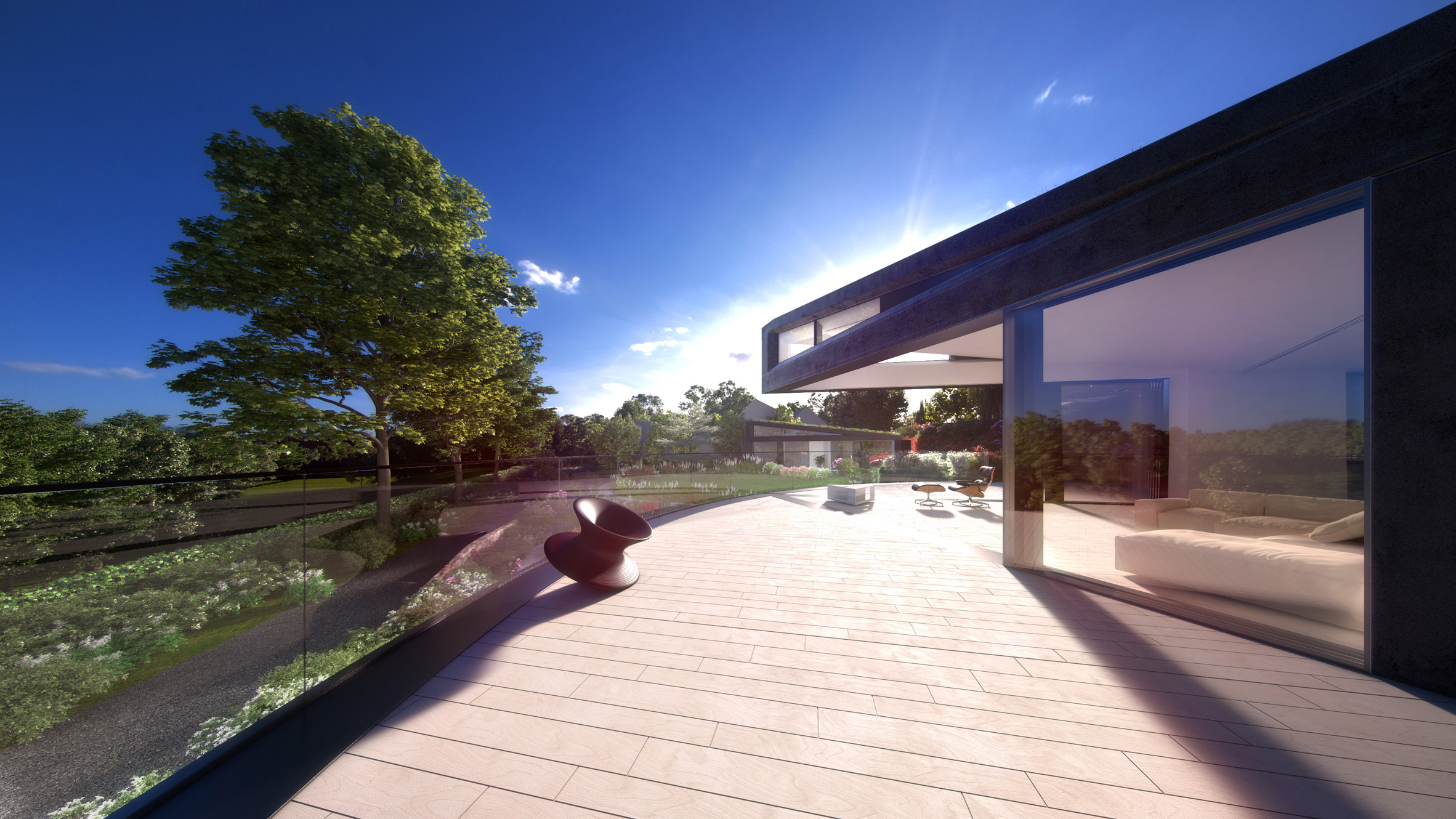 These visuals show the present design, while the video details the duo’s initial concept for the house with a moving roof.

They remodelled their 2012 design to include a glazed prism-shaped volume elevated on a rotating circular platform to make the most of the 270-degree views available on the sloped site. 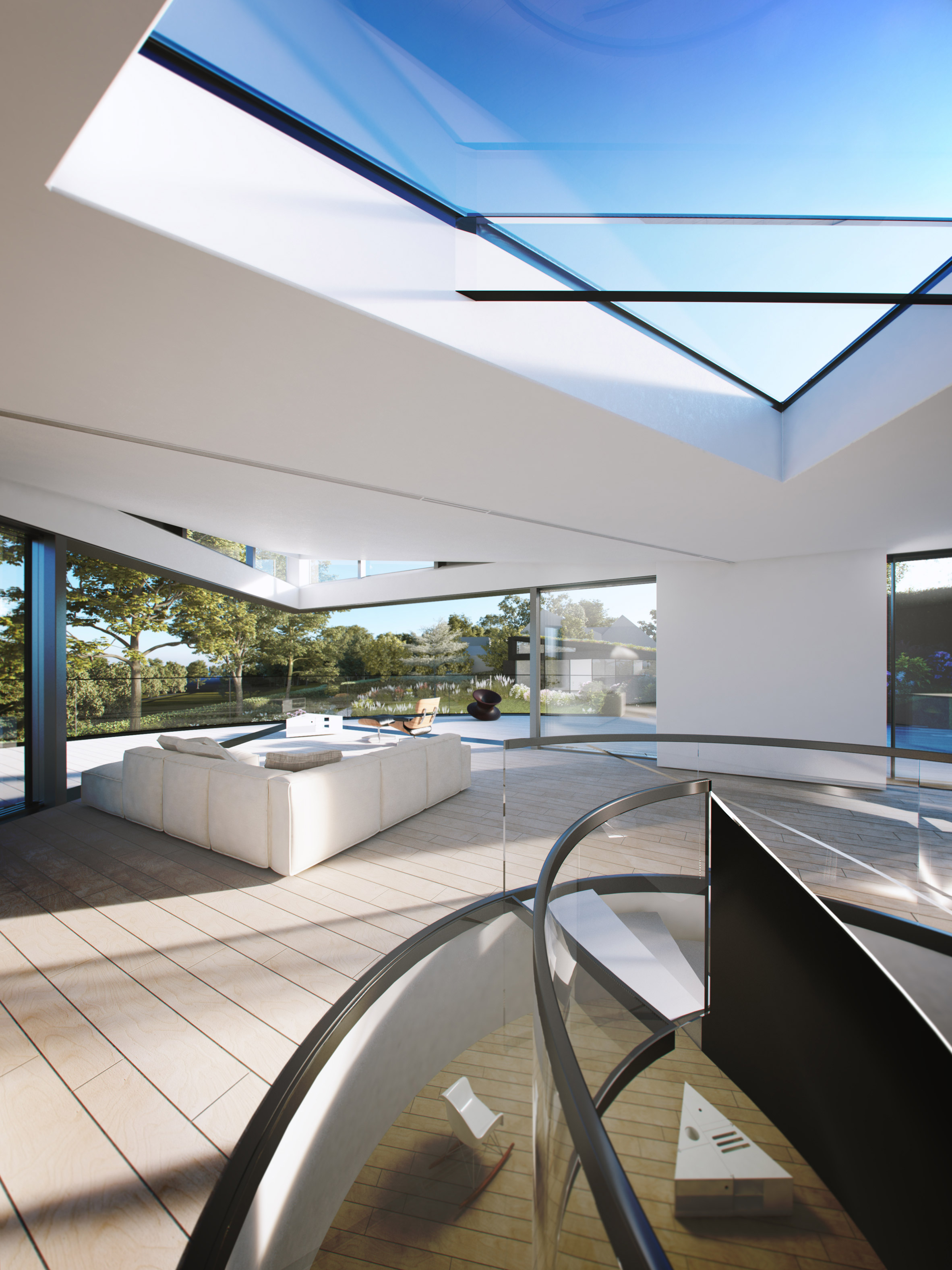 “We took an equilateral triangle and started to rotate it around an open core, we wanted the circle to be a rotating platform that would move and change with the external climatic conditions and with the clients preferences,” said Ben-Grünberg and Woolfson.

A bedroom, lounge and the dining room would occupy each corner of this upper floor, which would be rotated according to the use at different times of the day.

“Our client dreamt of waking up in their bed with views across this landscape and then having the ability to rotate the living room and kitchen so that they could enjoy the same view throughout the day,” said the team.

This rotating element of the Devon House is documented in a movie of its “best bits”, which also shows how large glazed doors would open each of the upper-floor spaces onto roof terraces. 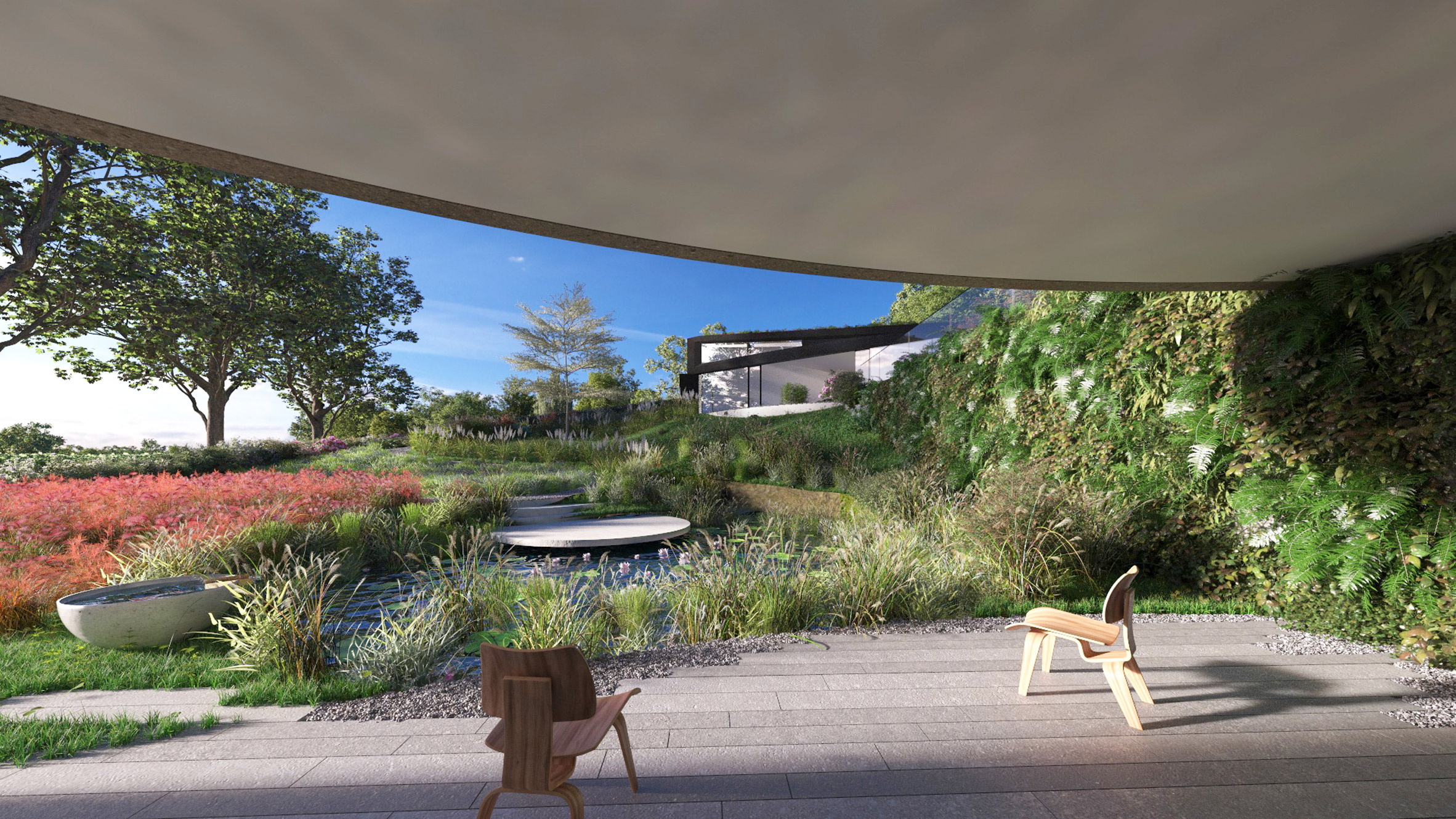 The duo also intended the project to be the “world’s first rotating home with an open core”. To achieve this, huge rings would have encircled this central circulation area to create an anchor for the swivelling top floor.

Ben-Grunberg described the system as like the Gyro of a BMX bike, which allows the handlebars to turn 360 degrees.

These features, along with parts of the structural steelwork, are stripped out of the static design, while the form remains the same.

Set on a rough stone base, the top floor kitchen, living room and master bedroom will open onto landscaped gardens, while a guest bedroom, self-contained carers at, garage and private water courtyard.

The D*Haus Company, whose other projects include a folding table that swings open, believe the project has formed a vital stage for eventually building a moving house.

“This is a huge step forward in our quest to build a moving house,” said the pair.

“We now feel like we are one or two houses away from the moving architectural philosophy that we so believe in,” they added.

Devon House follows a series of moving houses, including an adaptable shed in Eindhoven and an observatory that rotates to provide different views of the night sky. 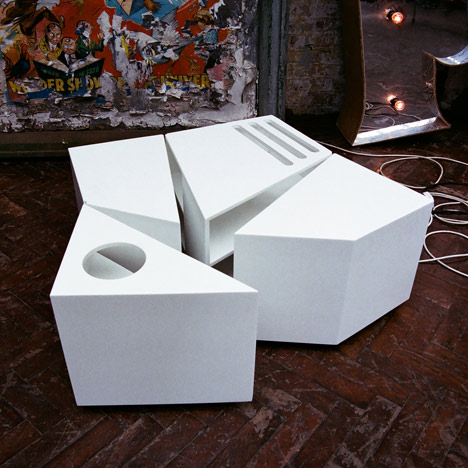 Animations and visuals are by Jason Luckett and Park Hin Yeung, with thanks to Patel Taylor.

The post The D*Haus Company designs Devon house with a swivelling top appeared first on Dezeen.