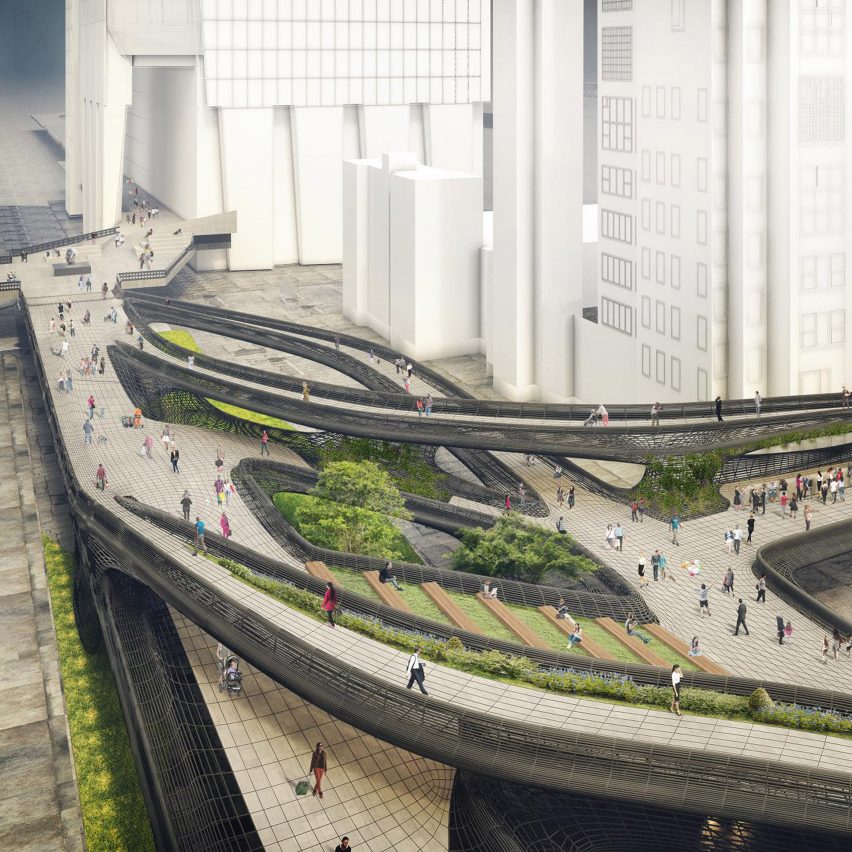 New York firm DXA Studio has designed a conceptual bridge that would connect the city’s new Hudson Yards neighbourhood with the Moynihan Train Hall extension to Penn Station above the streets.

Dubbed The Midtown Viaduct, the complex steel structure would branch from the northern portion of the High Line elevated park, and connect to nearby buildings and street corners on its route to the station.

The bridge would span across Ninth and 10th Avenues, over the top of 30th Street and Dyer Avenue – a vehicular access point for the Lincoln Tunnel – and curve around to link to the train hall on 31st Street. 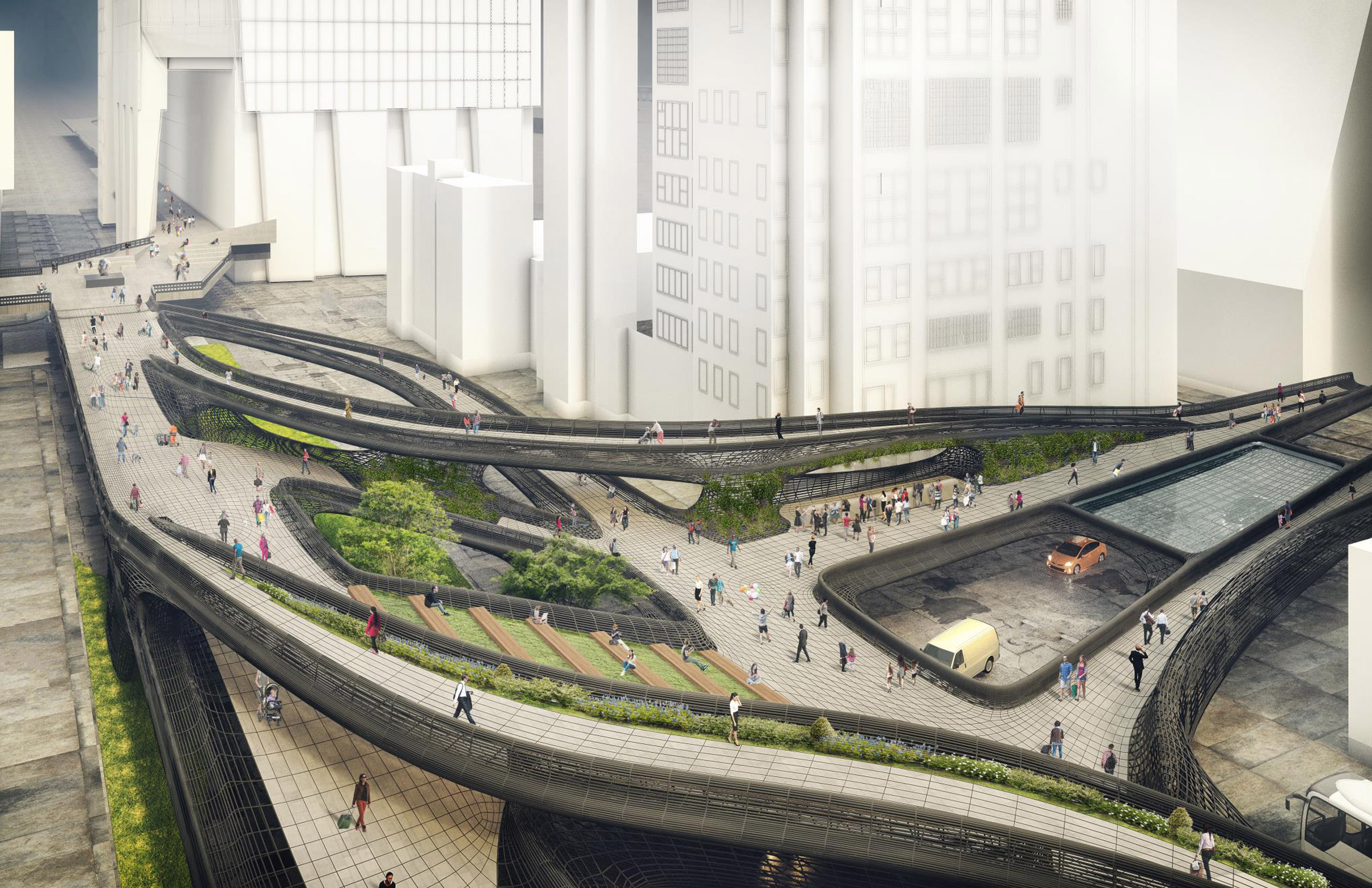 The Moynihan Train Hall, a former Postal Service building, is currently being transformed into a new concourse for the busy Penn Station on an adjacent block.

The area between the extended station and the massive Hudson Yards development – set to open next week – is currently difficult to traverse on foot, due to ongoing construction work and ground-level infrastructure. 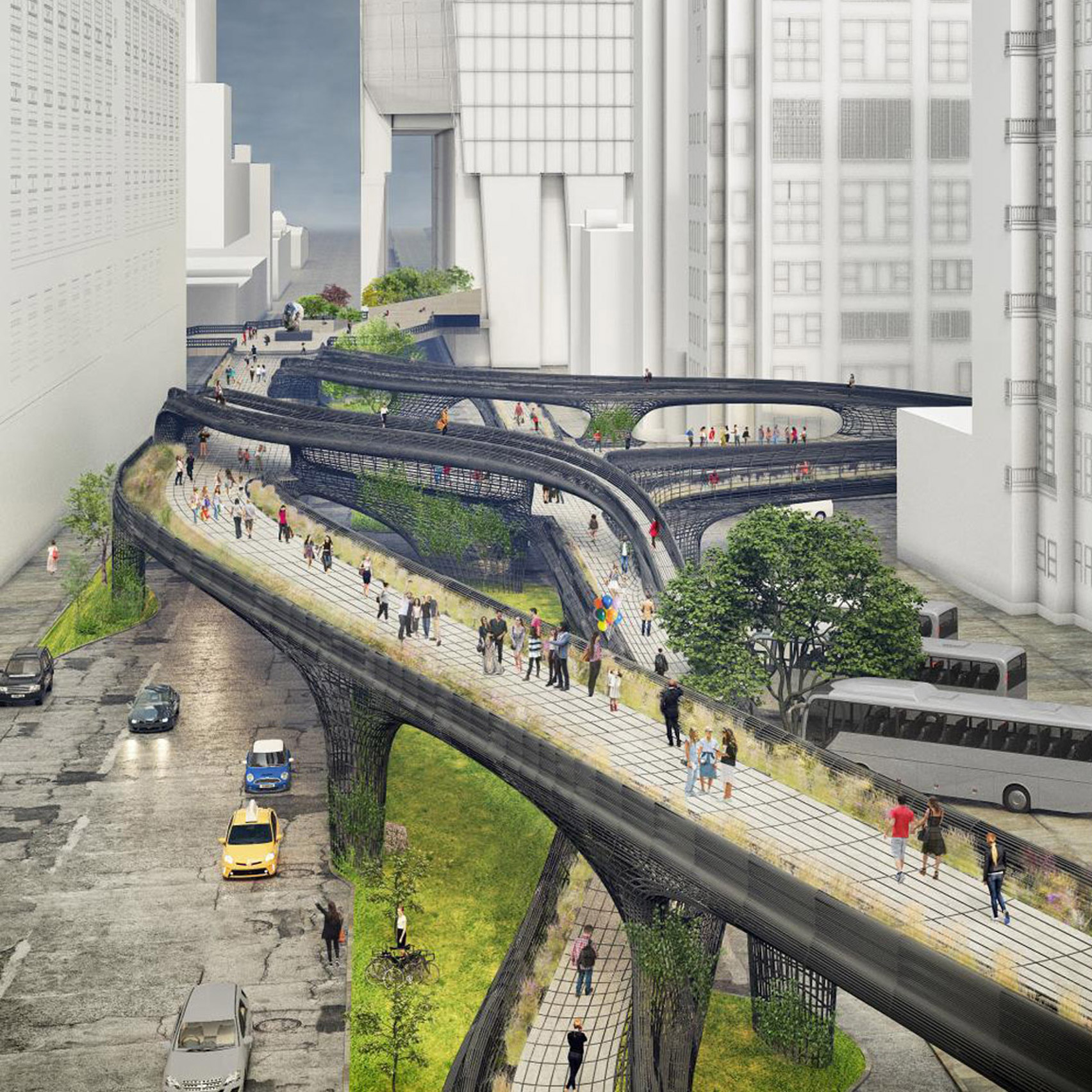 Elevating pedestrians above the roads, DXA Studio‘s proposed bridge would be made up of several undulated routes. These could offer “fast-track” links between particular sites for commuters, along with areas for pause and programming.

“The idea of a freeform path allows for changes of direction and unexpected viewpoints in counterpoint to the NYC grid,” said the studio. 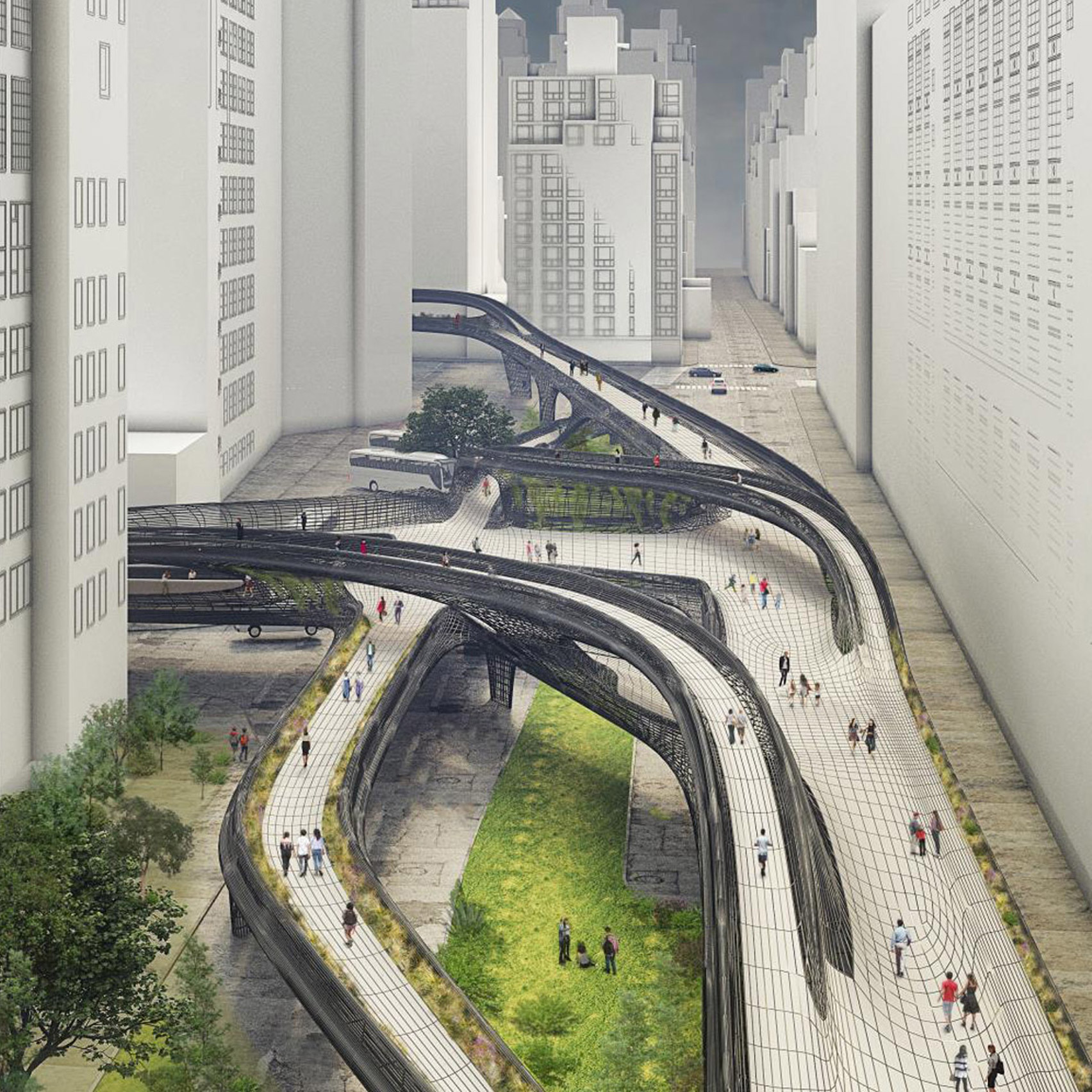 Planting, seating, ponds and patios could be utilised by the public in good weather, while spaces underneath the structure could be turned into cafes, bars, washrooms or bike storage.

Columns and touch-down points are intentionally kept to a minimum, so all could incorporate stair and elevator access to comply with the Americans with Disabilities Act (ADA).

The structure would comprise steel “ring-ribs”, similar to those used in aircraft wings, would be spaced approximately 10 feet (three metres) apart. Linear ribs would span between these rings, creating a mesh-like composition of tubes that could allow for the fluid shapes proposed by the team.

“The system’s efficiency comes from the depth of the tubes created by the shape of the pathway and the flexibility in the performance of the system,” DXA Studio said.

Fabrication of the bridge would involve cutting the steel ribs using water-jet technology, in sections no longer than 50 feet (15 metres) so they could be transported to the site and welded together.

The proposal was awarded the grand prize at the 2019 Design Challenge organised by Metals in Construction magazine. The speculative competition asked entrants to envision a link between Hudson Yards and Moynihan Train Hall – a route that is projected to be used by 100,000 commuters daily.

Other ideas to make Manhattan more walkable include Perkins Eastman’s proposal to turn Broadway into one long park, and wHY’s plan to create oscillating bicycle and pedestrian pathways along the East River.