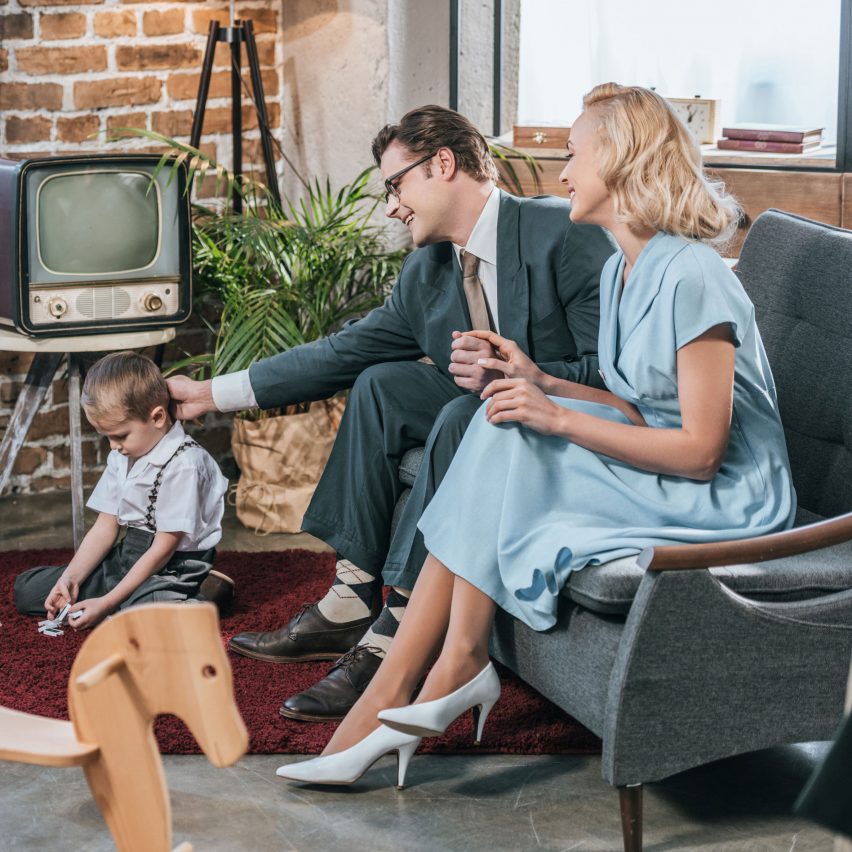 Is the nuclear family home an architectural tool of repression and social control? asks Phineas Harper.

The nuclear family house is one of the most successful architectural inventions ever. It has, spread across the world and is now the default template around which the vast majority of domestic architecture is designed and planning policies written. Nuclear housing, and the nuclear family itself, are so popular that it is almost impossible to imagine alternatives.

Yet, for a growing number of critics, the nuclear house is a deterministic form of architecture which stifles individual and collective potential. Designed to enforce a particular social structure, nuclear housing hardwires divisions in labour, gender and class into the built fabric of our cities. Is there now a case for architects to take a stand against nuclear housing? Is it time for domestic nuclear deproliferation?

London Housing developer Henley Homes came under fire recently for segregating its tenants by wealth. Poor residents were being denied access to communal facilities including a playground reserved for the children of richer families.

The British government was quick to respond. “Restricting children from play because they live in social housing is outrageous,” it stated. “We are committed to tackling stigma and challenging the stereotypes perpetuated by such segregation.”

Family housing has always been a tool of restriction and segregation

Yet family housing has always been a tool of restriction and segregation running far deeper than Henley Homes’ snobbery.

The evolution of the nuclear house is intrinsically linked to the family unit and the role it plays in the wider economy, all of which have taken shape over millennia. For thousands of years forms of family housing have framed our ideas of what is a natural and normal way to live.

“The house projects a model of life and a set of ambitions and desires that we do not freely choose” argue architect Pier Vittorio Aureli and academic Maria Shéhérazade Giudici in Familiar Horror: Toward a Critique Of Domestic Space, an essay tracing the history of family housing from horticultural settlements to the present day.

The word family stems from the Latin familia meaning a group of slaves and relatives commanded by a paterfamilias. As Aureli and Giudici point out: “Family roles we consider today to be strictly natural: the titles of father, mother, son, or heir had nothing to do with biology and everything to do with the rationale of preserving the ownership, and thus the order, of the house.”

Today the nuclear family has replaced the Roman familia but it is still an economic construct determining our behaviour by stealth, in particular governing gender roles in relation to public and private life. In Gender and Housing: The Impact of Design, Marion Roberts argues that the idea of compartmentalising public and private spheres has been used to banish women from public space.

Roberts examines the Victorian by-law houses, which employ a terraced plan with spaces for private household labour at the rear to reinforce the idea that “domestic work, which was mainly carried out by married women and young girls, should be removed from the public gaze”. Waves of subsequent regulations have championed the idea of domestic privacy. The London Housing Design Guide published in 2010 declares “the home should be a comfortable, private setting for family and individual pursuits, social interaction and relaxation”.

But the private family home is arguably restful only for men, as women still shoulder the bulk of domestic labour

But the private family home is arguably restful only for men, as women still shoulder the bulk of domestic labour. The vision of the nuclear home as a tranquil respite from labour is in fact a patriarchal fantasy, reliant upon the the subordination of women.

Worse, the romantic conception of the safe nuclear family home versus the hostile public sphere fails to engage with the reality of domestic abuse. In her research, criminology expert Laura Goldsack confronts the chilling statistic that women are more likely to suffer violence at the hands of someone they know well in their home than a stranger in the street. Yet this fact is absent from both our conception of the family home and from architectural measures to prevent crime, which focus on securing the dwelling from outsiders.

In one grim example, Goldsack gives the case of a woman who had been advised to invest in additional home security after a burglary. “Later she found that this increased her confinement and hampered escape when she was held at knife point by her husband.” The women was raped and wounded inside her overly-securitised front door.

Controlling gender roles through domestic architecture has a long history. In a 1945 issue of the Architectural Review, American writer Lewis Mumford argued that “the first consideration of town planning” must be to “encourage in women of the child-bearing age the impulse to bear and rear children, as an essential attribute of their humanness.” His words capture how thinkers in the 20th century saw the potential of housing design to control people’s, in particular women’s, behaviour and thereby shape society.

Some argue that times have changed and contemporary domestic architecture with its heroic open-plan kitchens can no longer be blamed for cultivating ongoing sexist social norms. Yet attempts to chip away at the nuclear home, making domestic labour more public and communal, have been met with fierce resistance.

In Peru, where collective urban kitchens were formed in response to deprivation, the women running them were targeted and even killed by terrorist groups. For architect Anna Puigjaner, who has studied these kitchens, this violent retaliation speaks to the inherently political dimension of sharing domestic labour at the scale of a neighbourhood rather than at the scale of the family.

“Women lacked social and political visibility, as well as access to resources and education.” Puigjaner explains in the essay Bringing the Kitchen Out of the House. “These kitchens therefore meant something more than access to food; it was an opportunity to become part and play a role in a public organisation beyond the privacy of the family.”

Ecologically nuclear family housing is questionable too. Equipping every house with its own domestic infrastructure, from washing machines to power drills, is a boon for consumerism but requires vast resources while the practice of each family administering domestic labour individually is isolating and deeply inefficient.

Some activists focus on incremental change; men doing a bit more housework, a gradual narrowing of the pay gap, open-plan kitchens etc, but these piecemeal tweaks fail to see the nuclear household and family itself as intrinsic to the very conditions they work against.

Phineas Harper is chief curator of the Oslo Triennale, with Interrobang, and deputy director of the Architecture Foundation. He is author of the Architecture Sketchbook (2015) and People’s History of Woodcraft Folk (2016). In 2015 he co-created Turncoats, a design-based debating society, which now has chapters in four continents.

Main image is courtesy of Shutterstock.

The post “The vision of the home as a tranquil respite from labour is a patriarchal fantasy” appeared first on Dezeen.