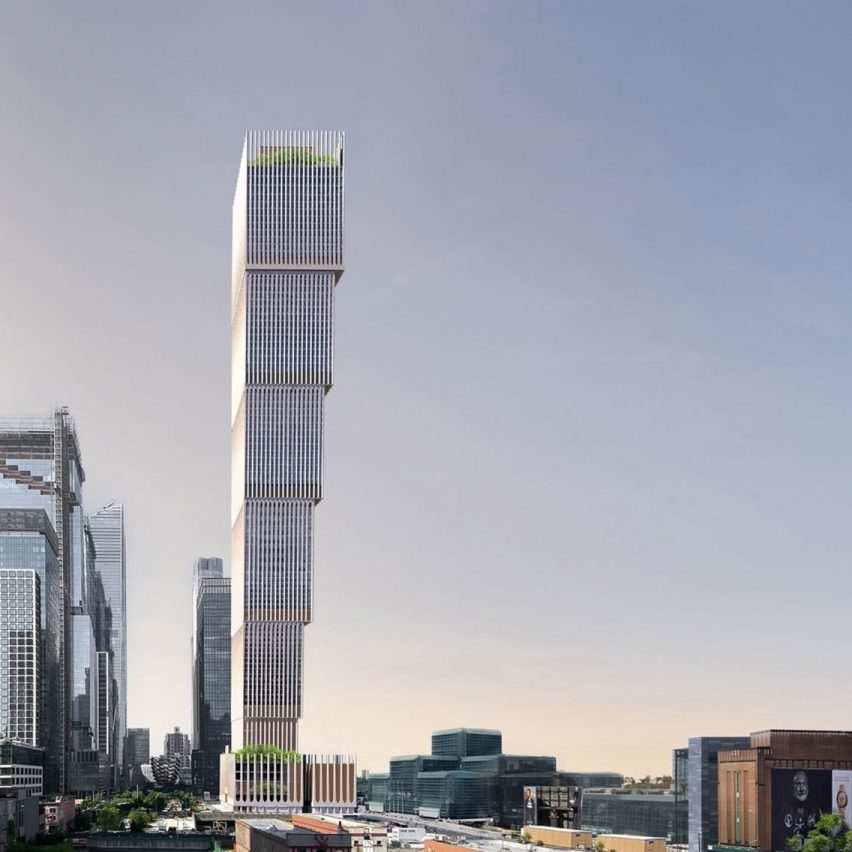 This week on Dezeen, Adjaye Associates proposed a supertall skyscraper in New York that has a series of cantilevers to give it a dramatic, inverted appearance.

Adjaye Associates, which is led by architect David Adjaye, designed the 1,663-feet-tall (498-metre) skyscraper for a vacant plot in New York State in response to an open Request for Proposals from the state government.

The decision, which is expected within the next month, would overrule London mayor Sadiq Khan’s decision to refuse the tower planning permission.

This week saw the winners of the Dezeen Awards public vote announced on Dezeen.

In total, more than 53,000 votes were cast and verified across all categories, with Manuel Herz Architects’ pop-up synagogue (pictured) among the public’s winners.

As brutalist buildings around the world continue to be in danger of demolition, we interviewed architecture historians to discover why.

According to the historians, the demonisation of brutalism buildings is part of a politically motivated shift towards more traditional styles of architecture.

At Dutch Design Week in Eindhoven, which took place this week, eco-design studio Biobased Creations created a showhome that was built almost entirely from biomaterials.

Speaking to Dezeen, Biobased Creations CEO said that buildings “definitely could be” made exclusively from plant-based products along with natural materials such as earth.

In France, Japanese studio Kengo Kuma and Associates unveiled its plans to give Angers Cathedral a contemporary facelift by adding a modern, arched entrance gallery to protect a historic sculptural doorway.

Also in Europe, studio Malka Architecture revealed its plans to add a collection of art nouveau-style “light cannons” to the French embassy in Vienna.

Popular projects this week included a visitor centre in a Danish sand dune, a Quebec chalet by Atelier Pierre Thibault and a house in Japan with exaggerated eaves.

Our lookbook this week focused on playful interiors with slides.