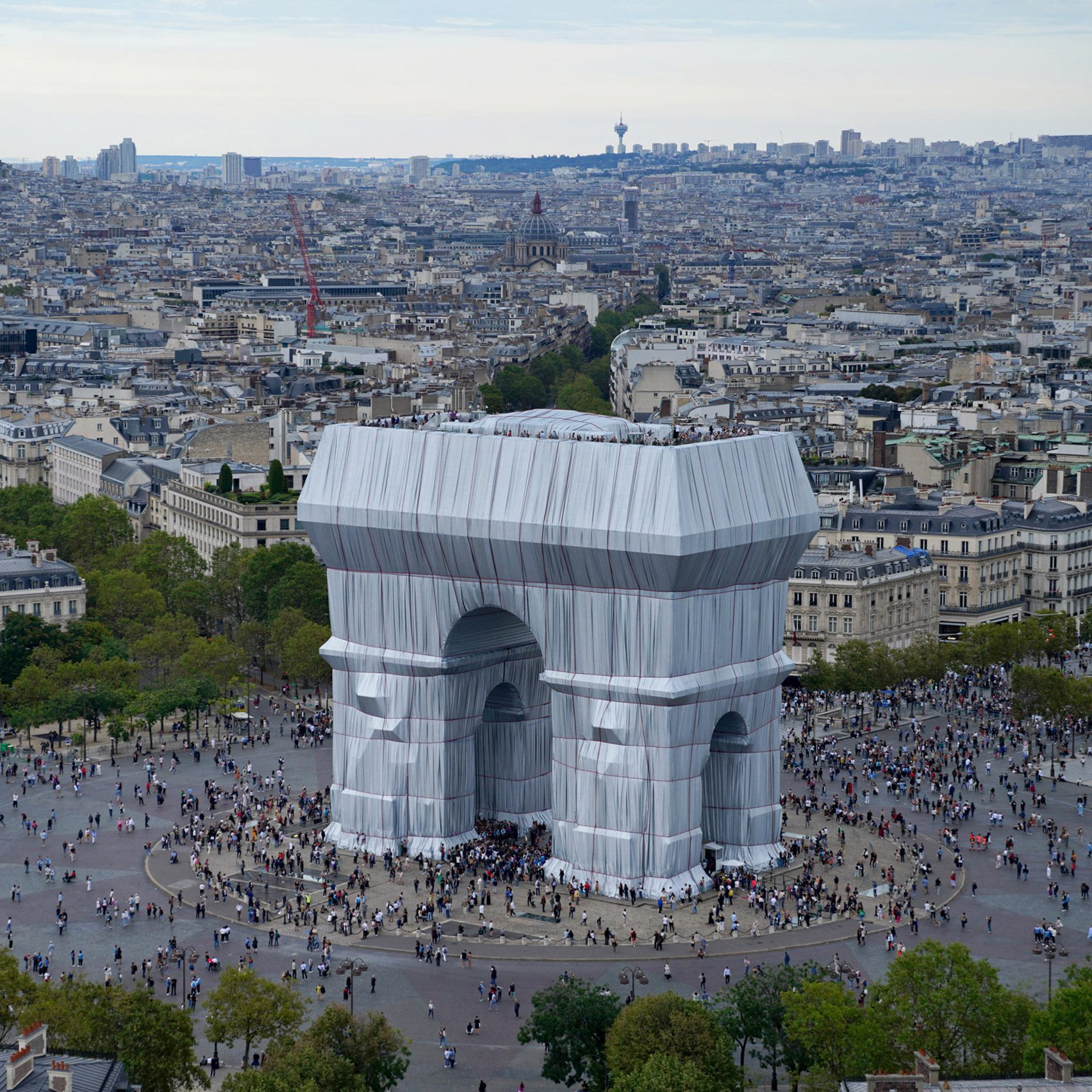 This week on Dezeen, an installation by late artists Christo and Jeanne-Claude called L’Arc de Triomphe Wrapped opened to the public in Paris.

To create the long-awaited installation, the iconic triumphal arch on the Champs-Élysées was wrapped in 25,000 square metres of silvery fabric.

In London, mayor Sadiq Khan said that Paris is “jealous” of his green initiatives in an interview with Dezeen.

Khan, who is aiming to make London “the greenest city in the world”, said its Ultra Low Emission Zone, tree-planting initiatives and cycle lanes made the city “the envy of the world”.

Among the highlights from the event was a virtual installation by architect Sou Fujimoto, created in collaboration with mixed reality studio Tin Drum, and a self-supporting pavilion made from simple aluminium sheets.

Over in the US, the Chicago Architecture Biennial kicked off this week.

The event’s fourth edition has seen a roster of newly commissioned installations erected across the city, courtesy of studios including Atelier Bow-Wow and Manuel Herz Architects.

Named Dream of Winter Gondola, Starck’s modern interpretation of the watercraft was designed as a “symbol for the future of Venice”.

We continued our series of Dezeen guides this week with a look a plastic.

The guide includes more than 11 types of plastic commonly used in architecture, design and interiors, with links to hundreds of projects for inspiration.

Popular projects this week included the conversion of a 200-year-old barn in Devon, a copper extension to a Corsican convent and an office in Germany designed by Christ & Gantenbein.

Our lookbook this week focused on apartments with adaptable and reconfigurable layouts.

The post This week the Arc de Triomphe was wrapped appeared first on Dezeen.