German artist Thomas Schütte has added a log cabin topped, with an asymmetric shingled roof, to the array of buildings on the Vitra Campus, in Weil am Rhein.

The design of Schutte‘s Blockhaus is based on one of 20 small-scale architectural models that the artist displayed in Düsseldorf’s Konrad Fischer gallery in 2016. The exhibition was visited by Vitra‘s chairman emeritus, Rolf Fehlbaum, who later asked Schütte if he could produce a larger version for the brand’s campus-style headquarters.

“Mr Fehlbaum came by and he chose the most crooked model [I had] and said ‘let’s think about this’, then two years later it was done,” Schutte explained to Dezeen.

“For me it’s not really clear why he did it, it was just instincts – to do the opposite of what you expect on the Vitra campus.” The cabin, which is hexagon-shaped, sits in a grassy field just a short distance from the Herzog & de Meuron-designed Vitra Haus. It is composed of untreated logs of Nordic pine that intersect at the corners, which will develop a grey-toned patina as the structure ages over time.

“Anyway you want to look at it, it’s an archaic thing, completely out of context. Everybody passing by shouts out ‘what does this mean?’, which is a good question,” Schütte added.

“It [has the] quality of many artworks, in that it functions like a question mark and not like a statement. Most of the good works are questions.” 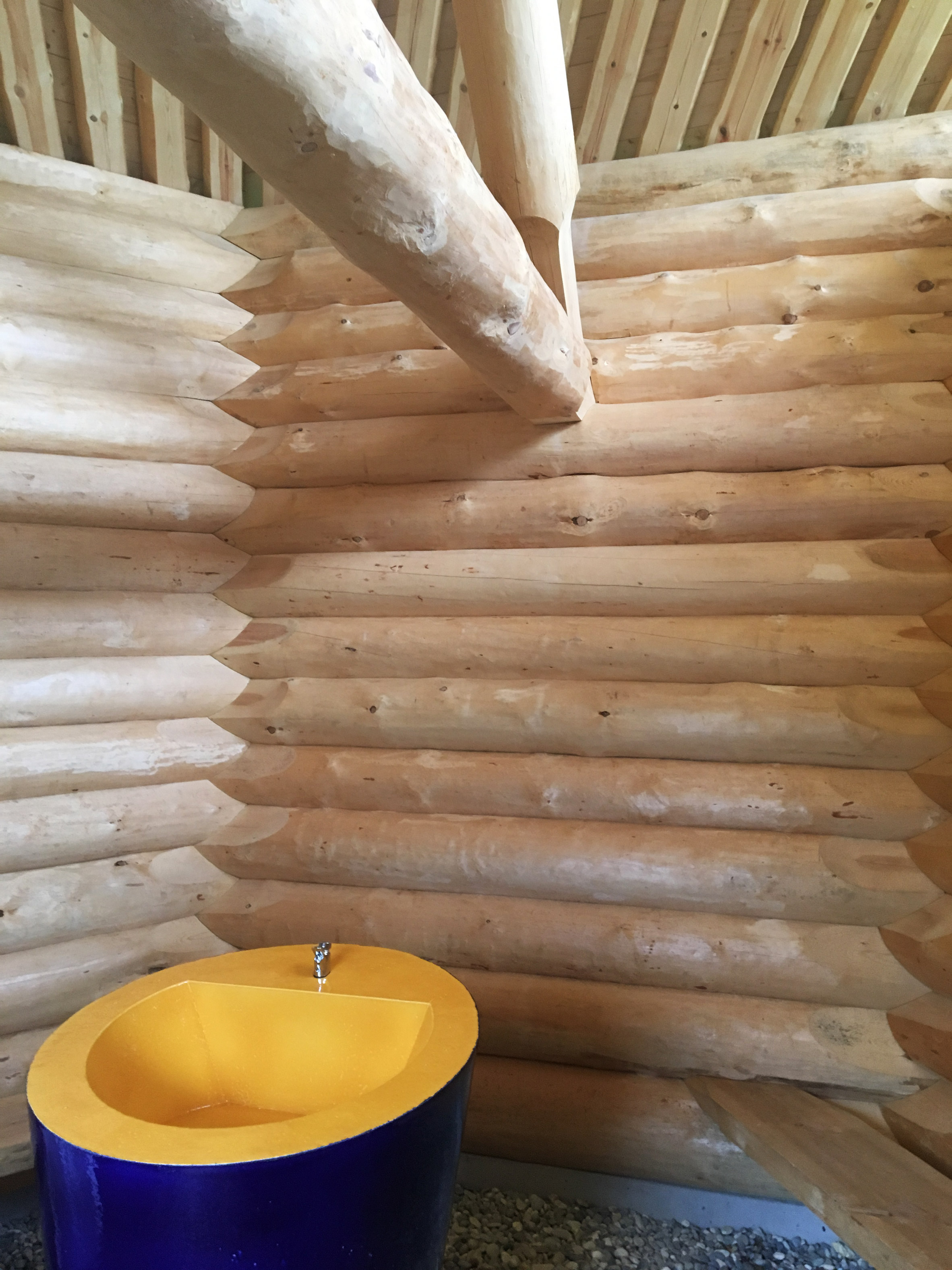 While no specific use has been outlined for the building, its interior features a pair of timber benches and a fired clay water fountain so that visitors can sit and rest.

Schütte’s Blockhaus joins several other buildings on the Vitra Campus that have been designed by prominent architects and artists, including Zaha Hadid and Tadao Ando.

Four years ago Carsten Höller built a viewing tower with a helter-skelter slide for the site, while in 2013 Japanese studio SANAA added a circular production hall which features rippled acrylic walls.