Japanese studio Tomomi Kito Architect & Associates has renovated the interior of an 1970s house in Tokyo to provide a open-planned home for multiple generations of the same family. 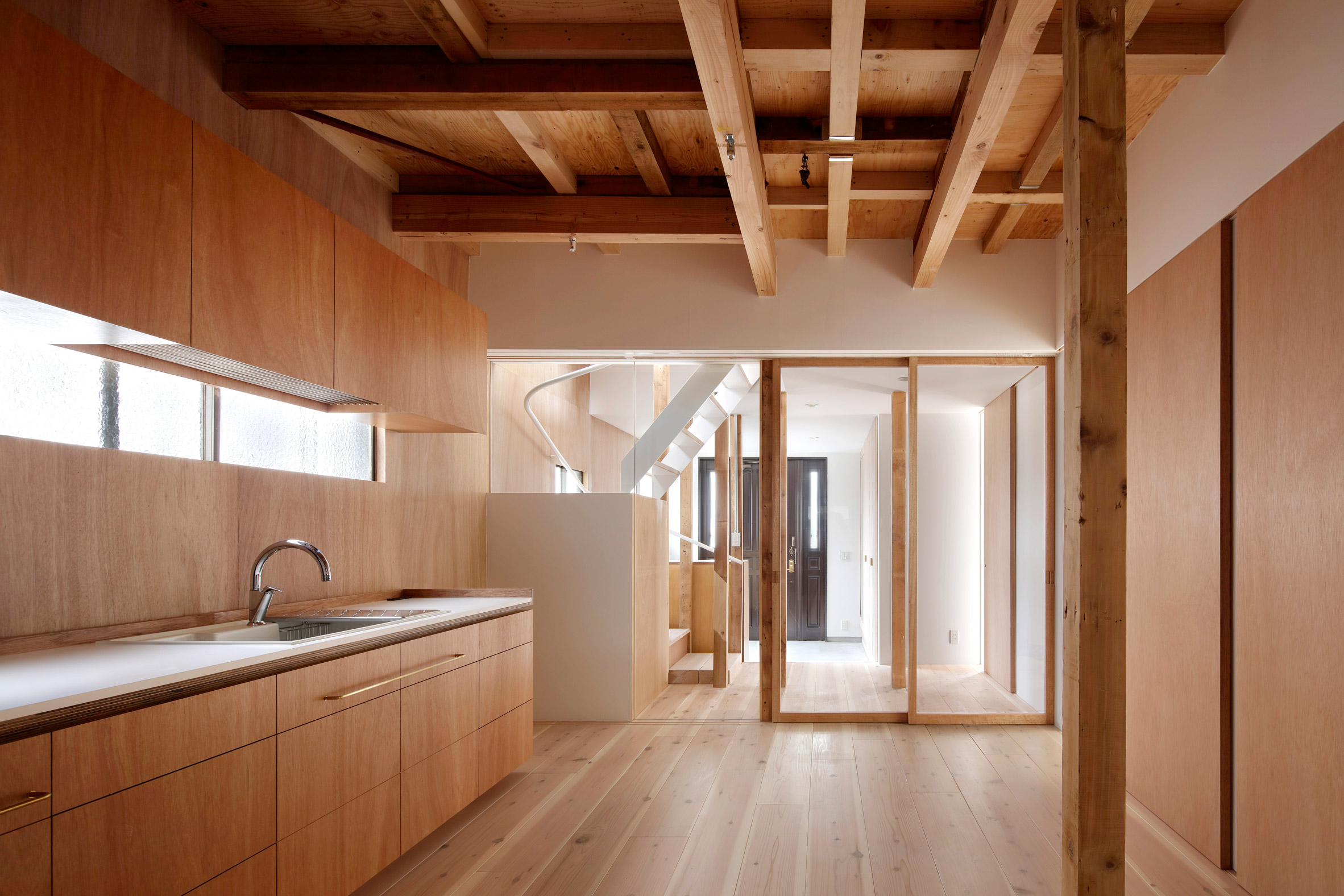 The Tokyo firm wsa tasked with remodelling the two-storey timber structure to house the  young family, as well as the wife’s parents and her grandmother in a project it named House for 4 Generations.

The design had to cater to the varying daily routines of each generation while also providing a space where they could connect as a family. 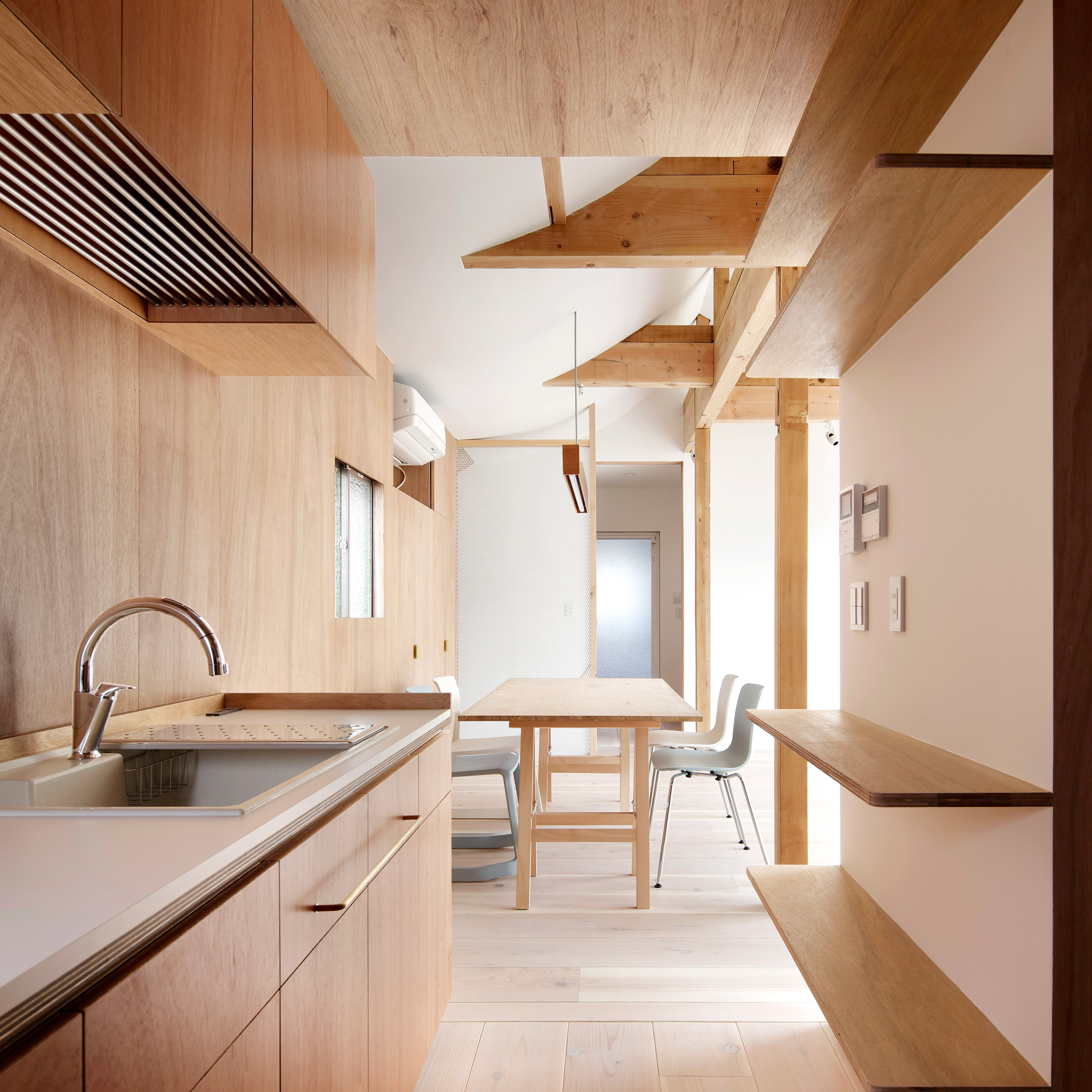 This was achieved by reconfiguring the home’s interior layout, creating a series of interchangeable private rooms as well as shared family spaces on each level.

The new design also aims to improve the general quality of spaces by introducing more natural daylighting and ventilation where possible. 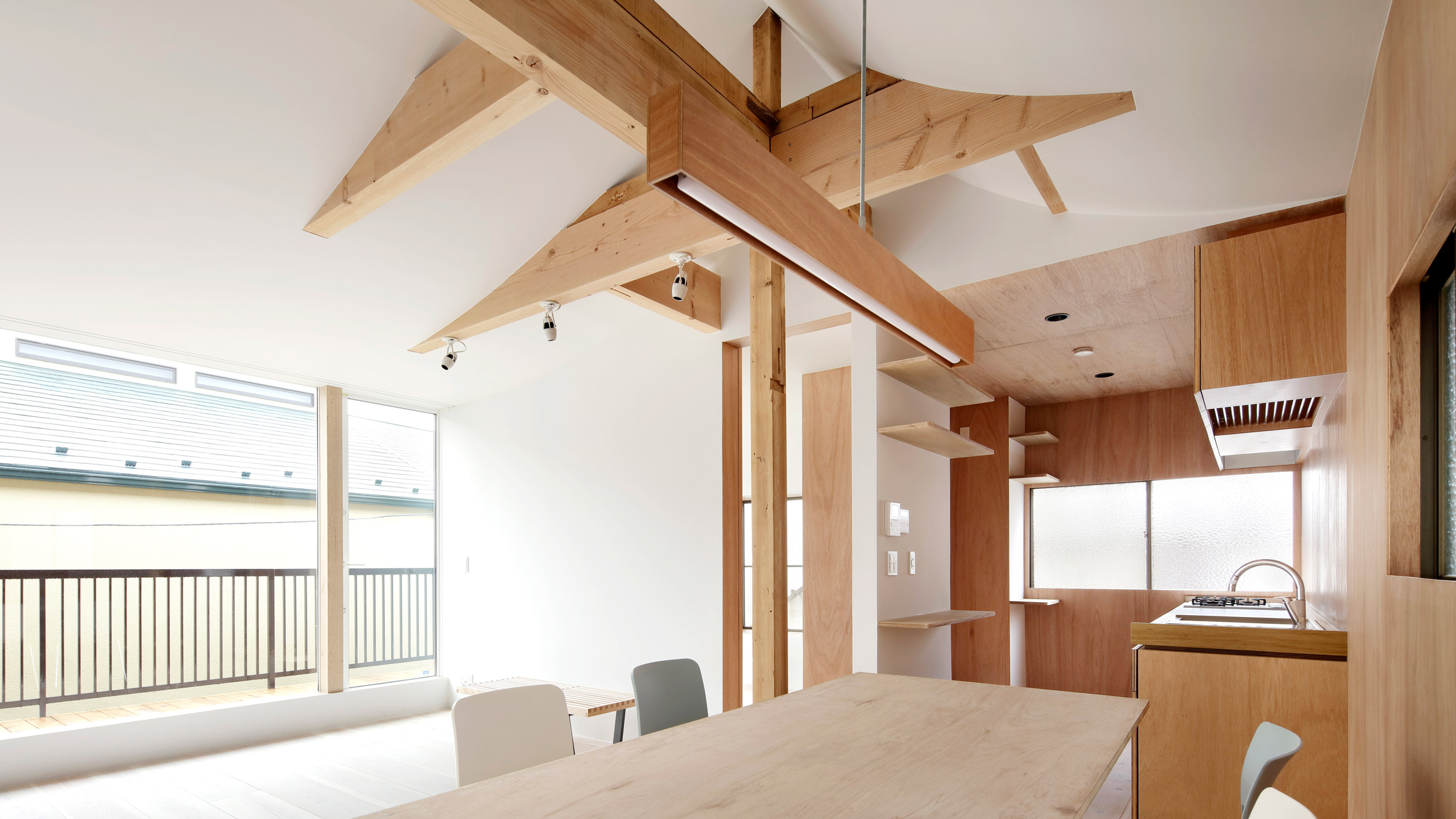 An overhaul of the home’s existing structure resulted in new plywood columns and supporting beams being incorporated to support the unique ceiling which is shaped like two catenary arches.

A number of redundant columns were also removed providing a more open plan feel, like many other Japanese homes including a family house by MAMM Design and a tiny Sydney apartment influenced by Japanese interiors. 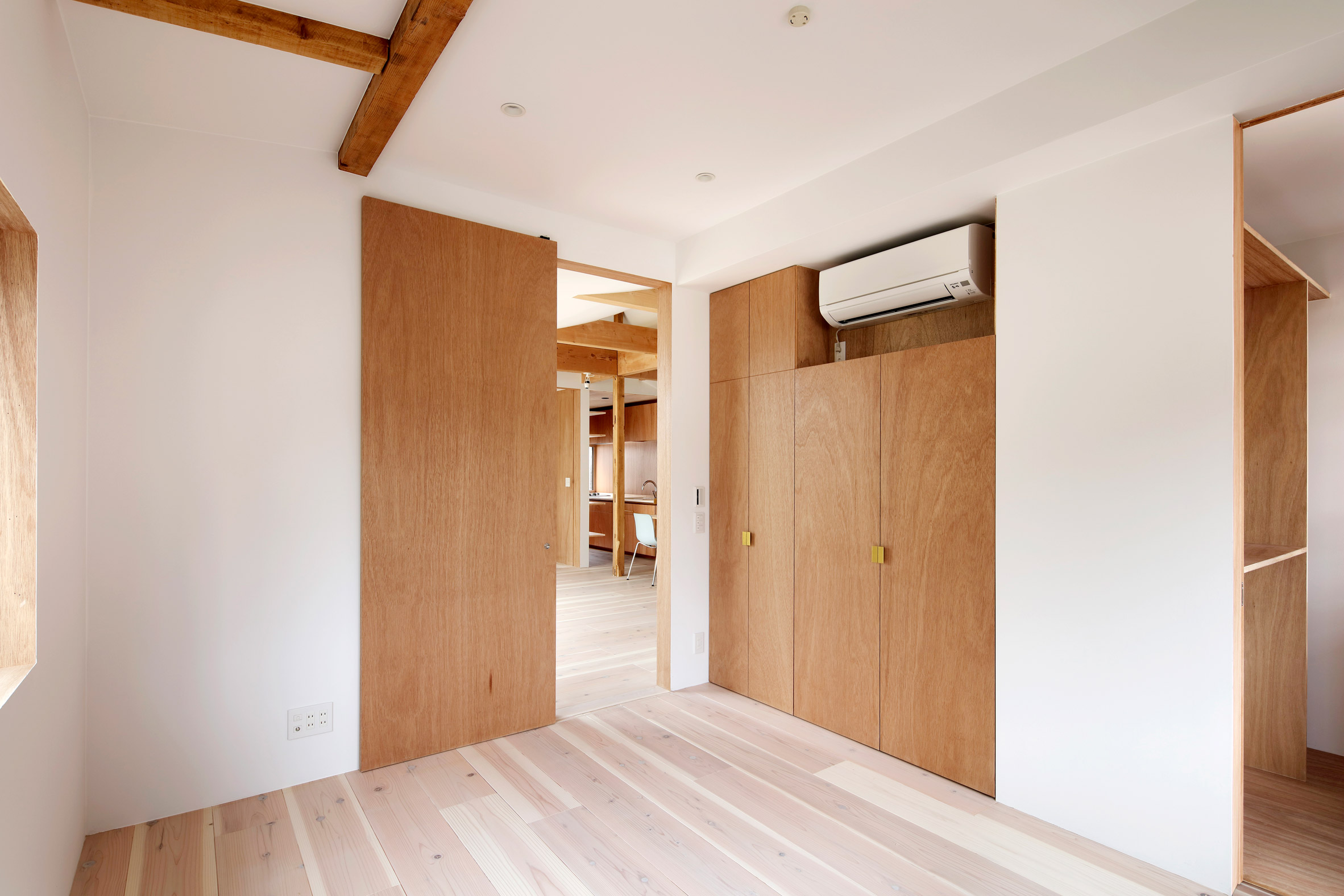 Materials such as lauan plywood and cedar wood have been used to echo the original interior while creating a clean, contemporary aesthetic.

The Tokyo-based home marks the first architectural project for Tomomi Kito Architect & Associates, which was founded in 2014. 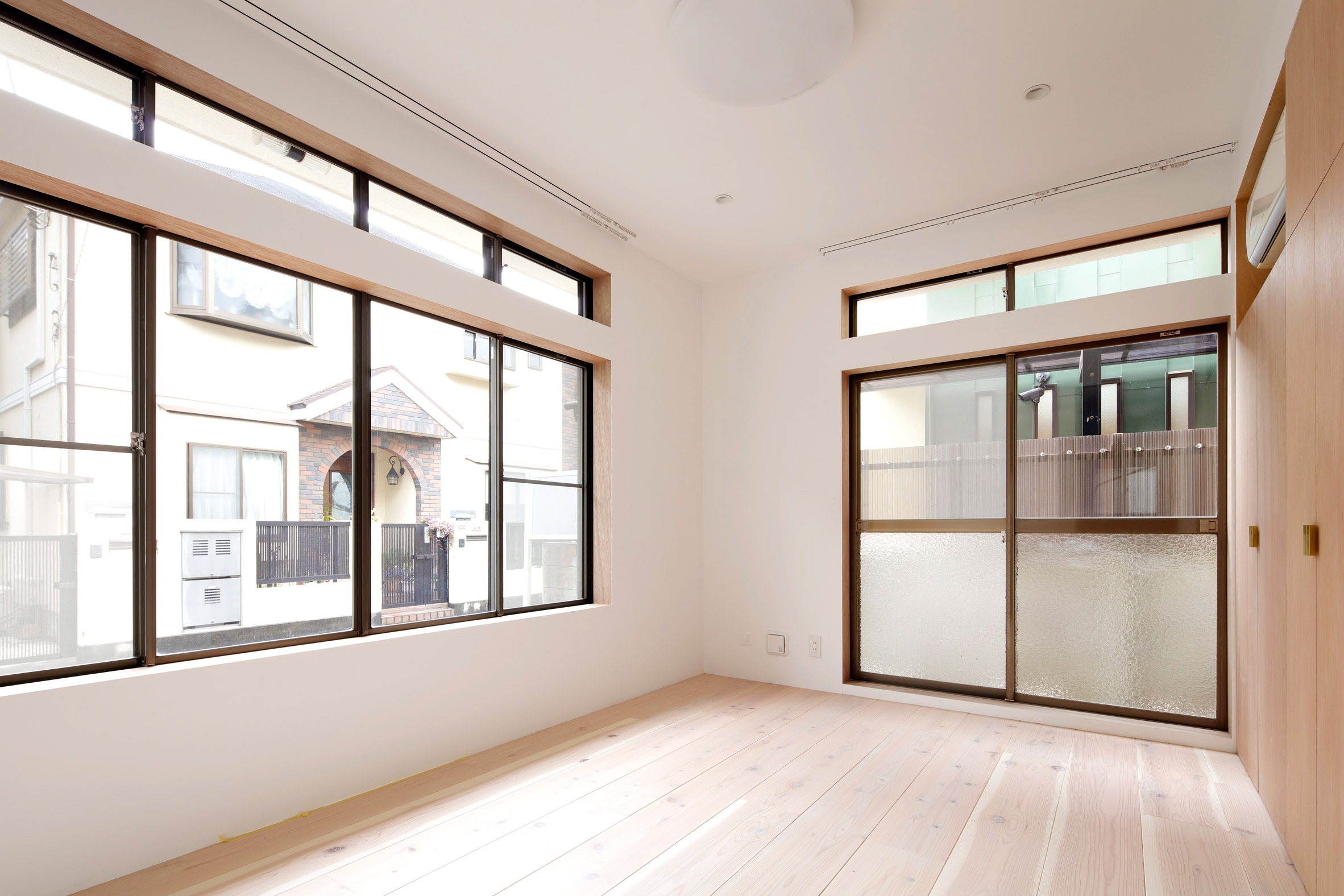 The practice has previously designed furniture, including wooden tables capable of adapting to growing families, which they say has helped stimulate their architectural creativity. 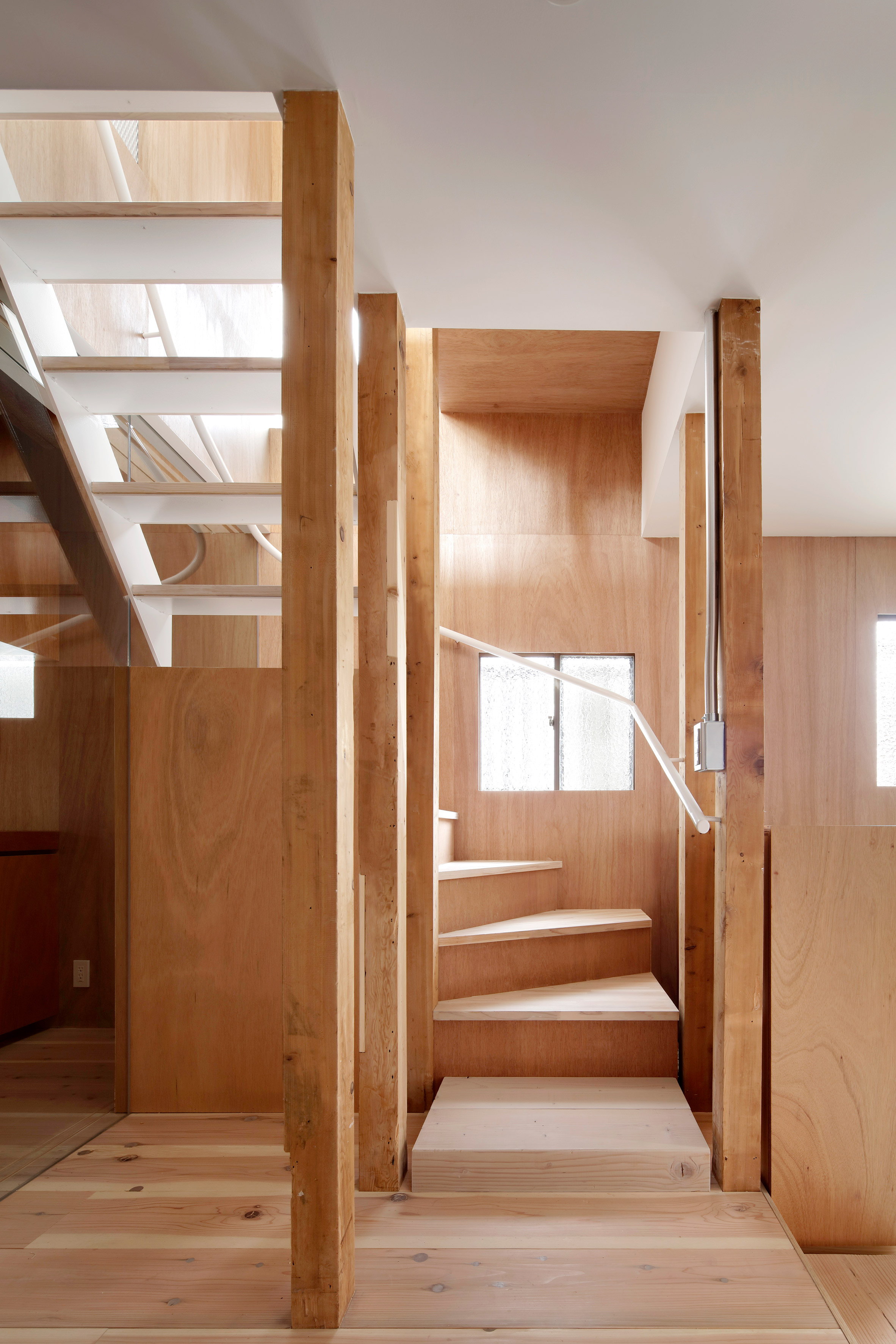 Already popular in Japan, multi-generational living is increasingly becoming the norm elsewhere such as this home for an extended family in New York by O’Neill Rose Architects and this trio of red brick houses in Australia by B.E. Architecture. 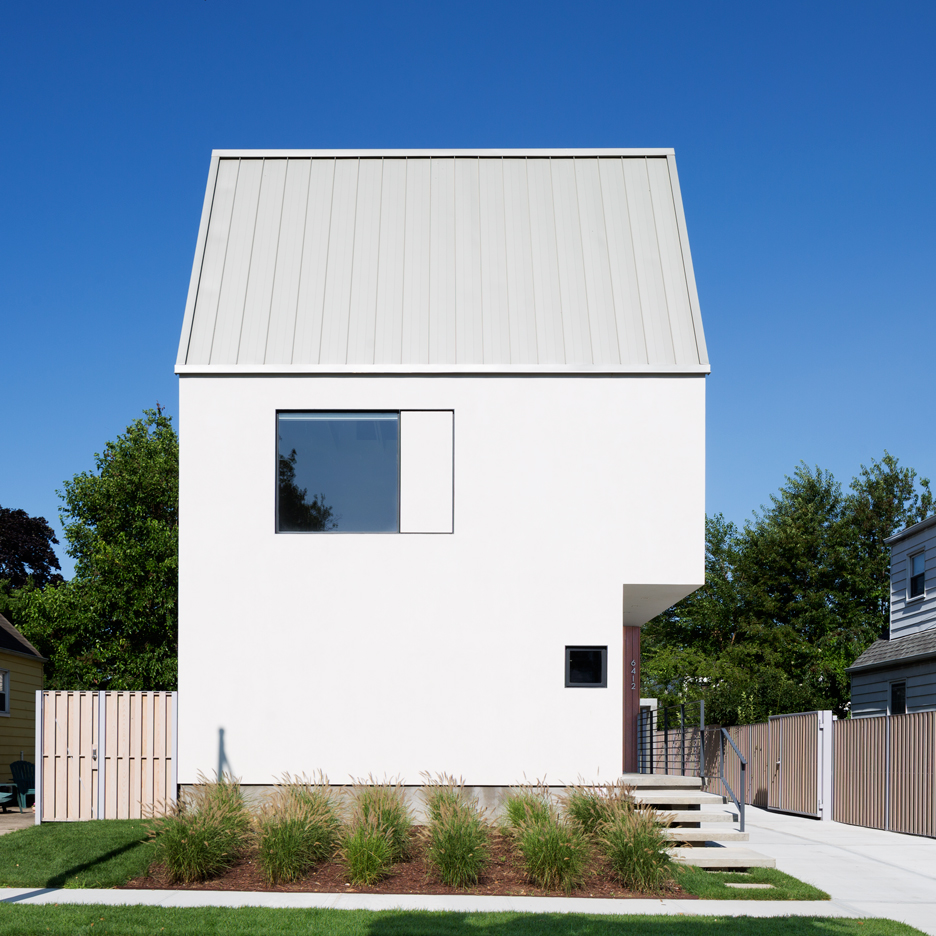