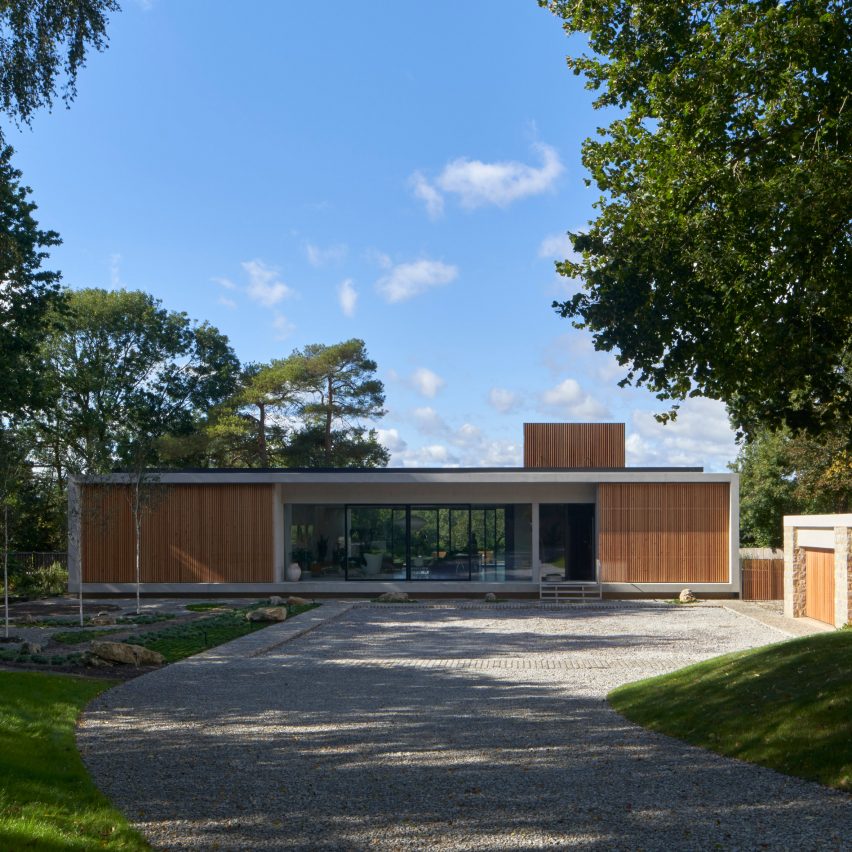 In this exclusive video produced by Dezeen for architecture firm TP Bennett, the studio’s principal director explains how its latest residential project was designed to meet Passivhaus energy standards.

Designed by the studio’s principal director Doug Smith and project architect Sam Clarke, the house in Kent, UK, belongs to Smith and his family.

Called Haus on the Ridge, the building’s design is influenced by the Brownie camera designed by Eastman Kodak in the early 20th century.

Mimicking the construction of the Brownie camera, the understated house features two solid wings that flank a lens-like central glazed element which offers views of a nearby valley.

“We wanted to create this transparent centrepiece that you look straight through, almost like a lens,” Smith said in the video.

The 10-metre-wide living space includes a large central living room and kitchen, while the four bedrooms, bathrooms, a utility room, a plant room and a hallway are all located in the wings.

The project has been built to meet Passivhaus standards – a set of high-performance building standards that originated in Germany in the late 1980s.

Buildings that meet Passivhaus standards are highly insulated and use little or no heating or cooling technology, and are therefore highly energy-efficient and sustainable.

TP Bennett describe the building as “airtight”, with rockwool quilt insulation and triple glazing used throughout its construction.

“It’s like wrapping a tea cosy around the building,” Smith explained.

“We consume a lot of energy and the Passivhaus concept allows us to reduce that consumption and also not to waste it,” he said. “I think going forward, that’s got to be a major consideration for new houses.”

Sliding shutters made from slatted Siberian larch timber provide shading during the day and protection from the elements at night.

When drawn, the shutters reveal the building’s exposed concrete walls that continue throughout the interior. 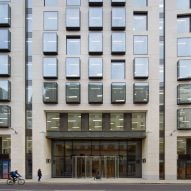 “I’ve always had a love of concrete,” Smith said.

“It’s not particularly environmentally friendly in terms of the production of the concrete. But once it’s there, it’s very sustainable because it’s got great longevity and once the building is heated up, the concrete holds that heat.”

A spiral staircase attached to the building’s exterior leads up to a roof terrace and garden, as well as a prefabricated pod that acts as a studio.

A sewing studio and a spare bedroom are contained in two further pods that stand on stilts, accessible through an elevated walkway from the main building.

TP Bennett is a British architecture firm with offices in London and Manchester. It previously designed EightyFen, an office building set in London’s Square Mile.

The firm is also behind the design of Windmill Green, a 1970s office building in Manchester that it retrofitted to create an “ultra-sustainable” mixed-use office.

This video was produced by Dezeen for TP Bennett as part of a partnership. Find out more about Dezeen’s partnership content here.

The post TP Bennett's Haus on the Ridge informed by vintage camera appeared first on Dezeen.