CN10 Architetti has built a trio of white concrete and marble funerary arches with space to host ossuaries and cinerary urns for a cemetery in the northern Italian city of Bergamo.

CN10 Architetti formed the arches from six separate pieces, which are arranged in pairs to create a processional pathway for visitors to walk through the 75-square-metre mausoleum.

The curved concrete surfaces form a broken arch, leaving a gap at the top to allow sunlight to shine directly down into the space. 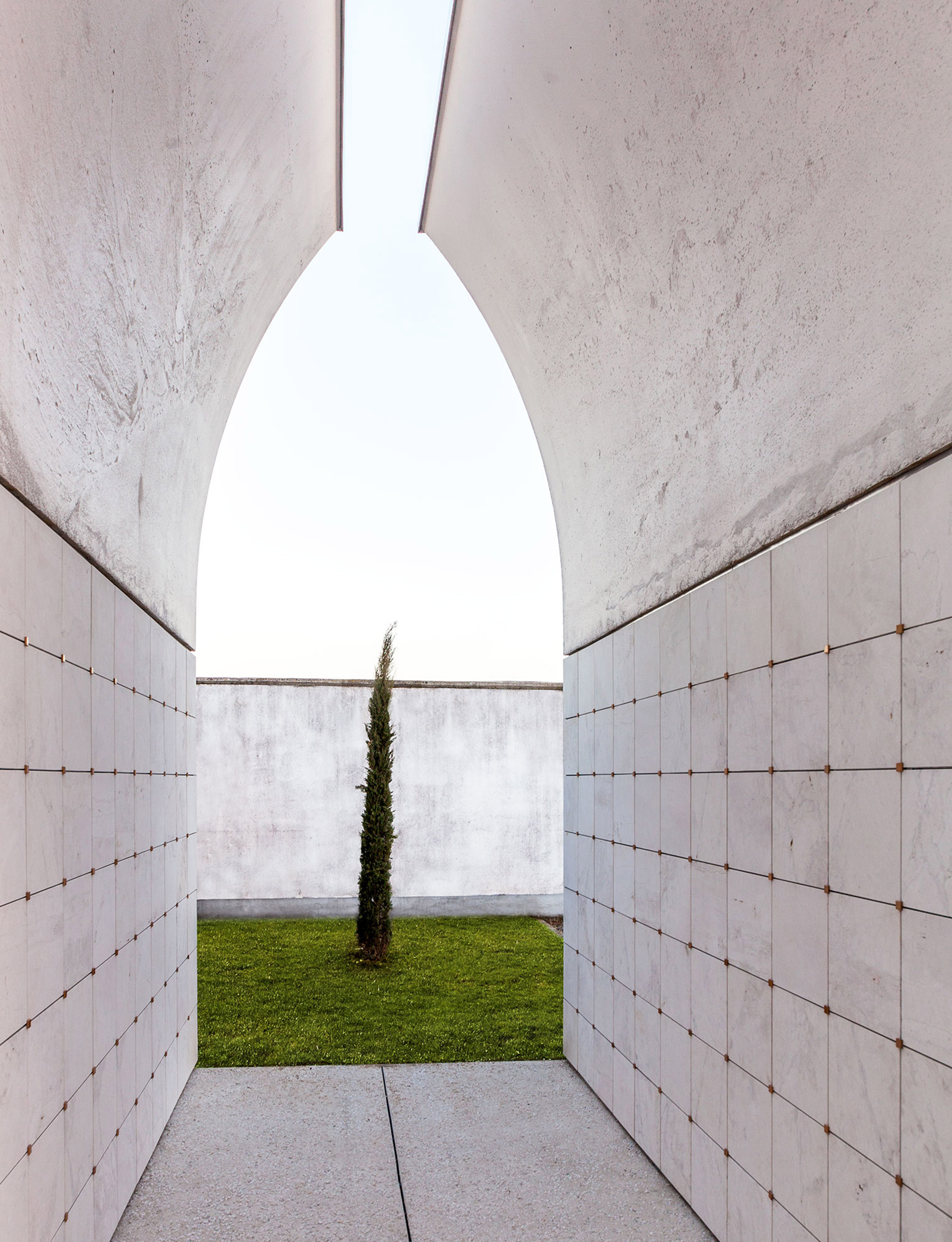 From the side, the arches appear as three monolithic cubes – with each unit being made up of four separate concrete pieces with vertical incisions.

The Bergamo-based architects built the arches to increase capacity in the main cemetery of Dalmine, a municipality of around 25,000 inhabitants. 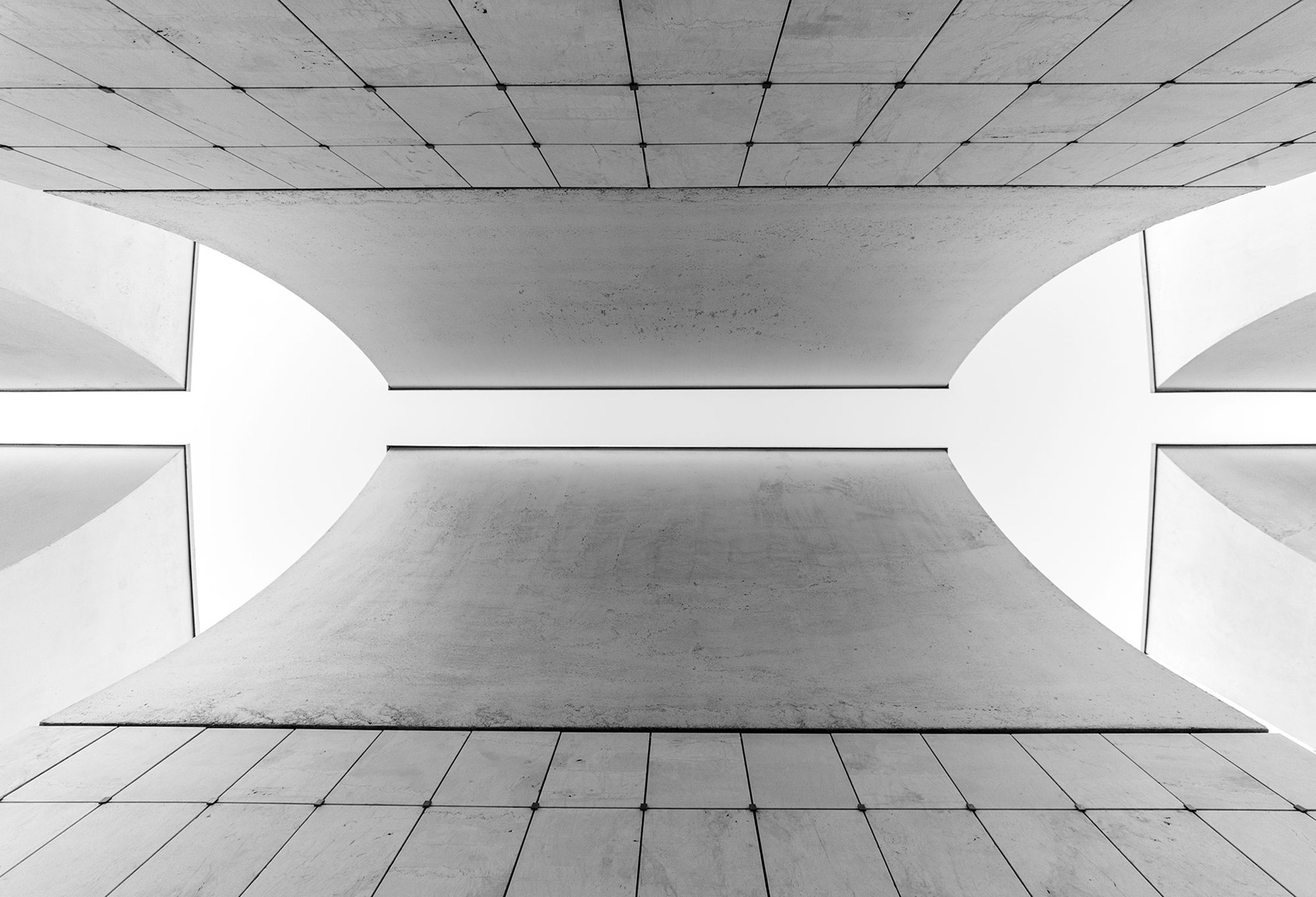 Cypress trees have been planted in the recesses between the three blocks, providing a private and meditative environment where visitors can find an intimate space to pay their respects.

“The [arches] are an expression of a simple language that represents the deep sense of memory, and the relationship between life and death, causing a mood suspended in a sacred dimension,” said the architects. 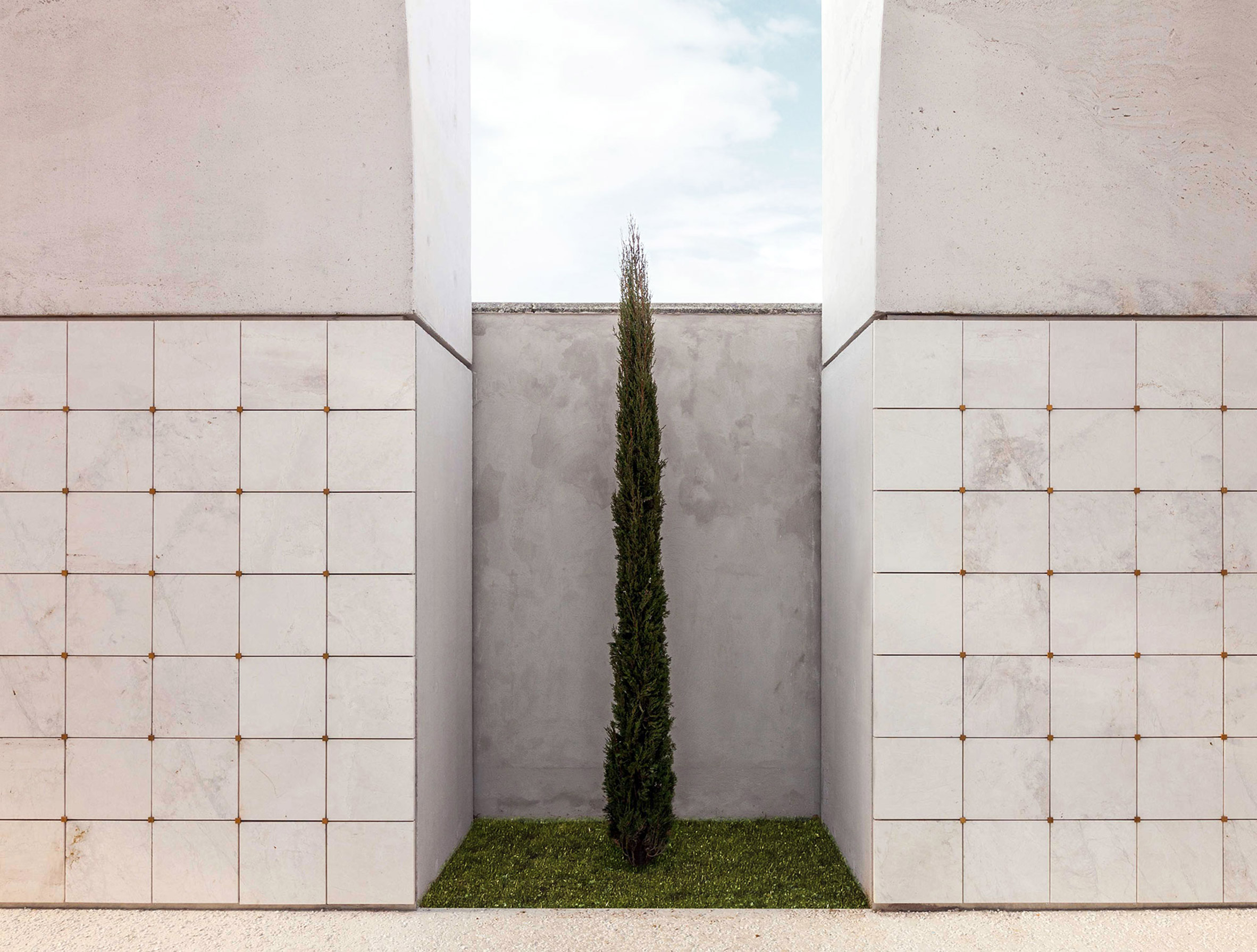 Situated in the western end of the cemetery, the arches collectively provide 500 niches made from Zandobbio marble which house the ossuaries and urns.

Despite their contemporary design, the arched blocks are similar in scale and material to the neighbouring family chapels. 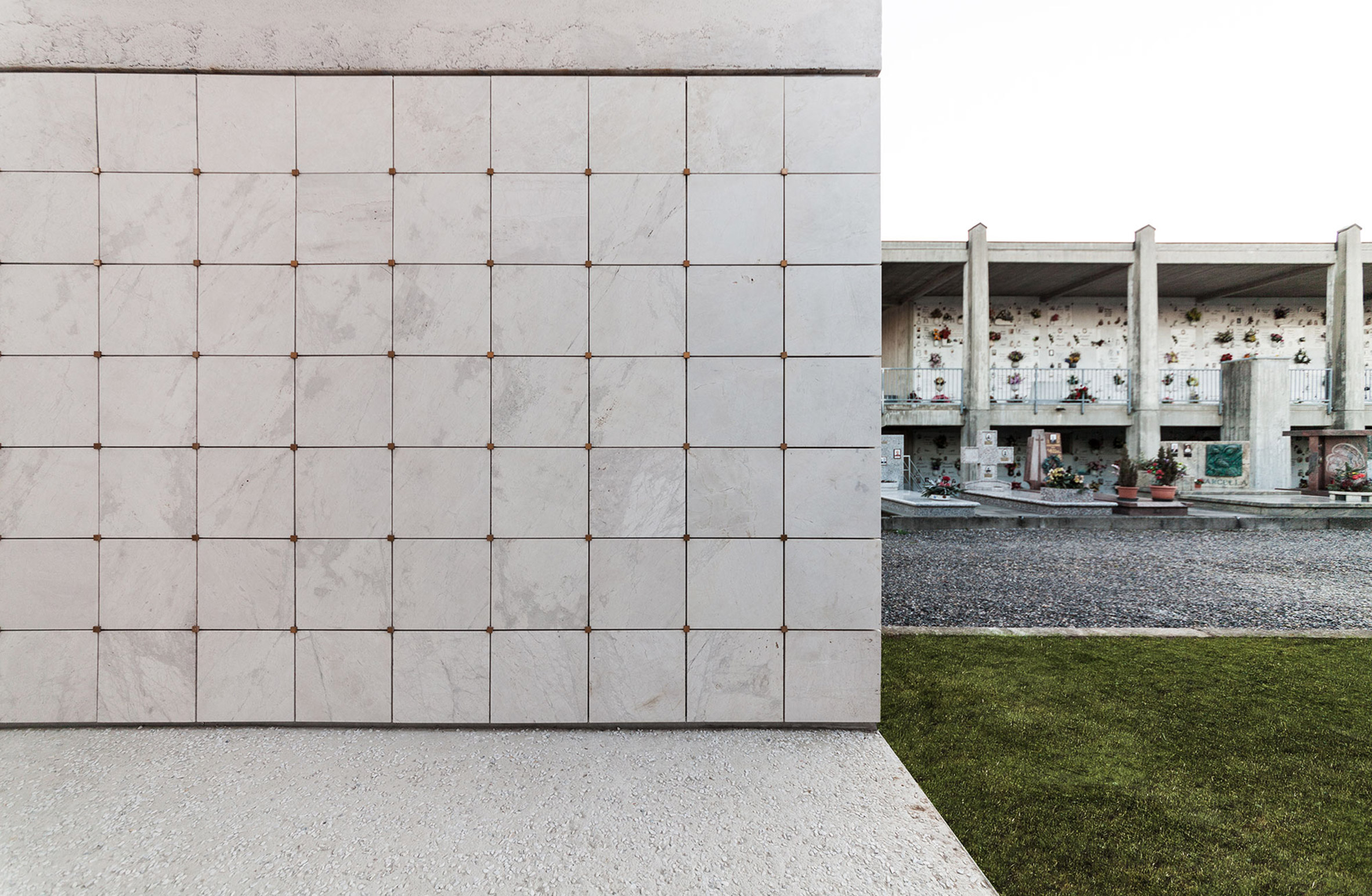 Traditionally, memorial buildings with colonnaded structures occupy the central space of the cemetery.

“The three blocks define a serial and unitarian system, which can be repeated infinitely,” said the architects.

“The blocks are cold and open spaces – sun and rain falls without filters – nevertheless, the walls are protected by the generous curve of the arch.” 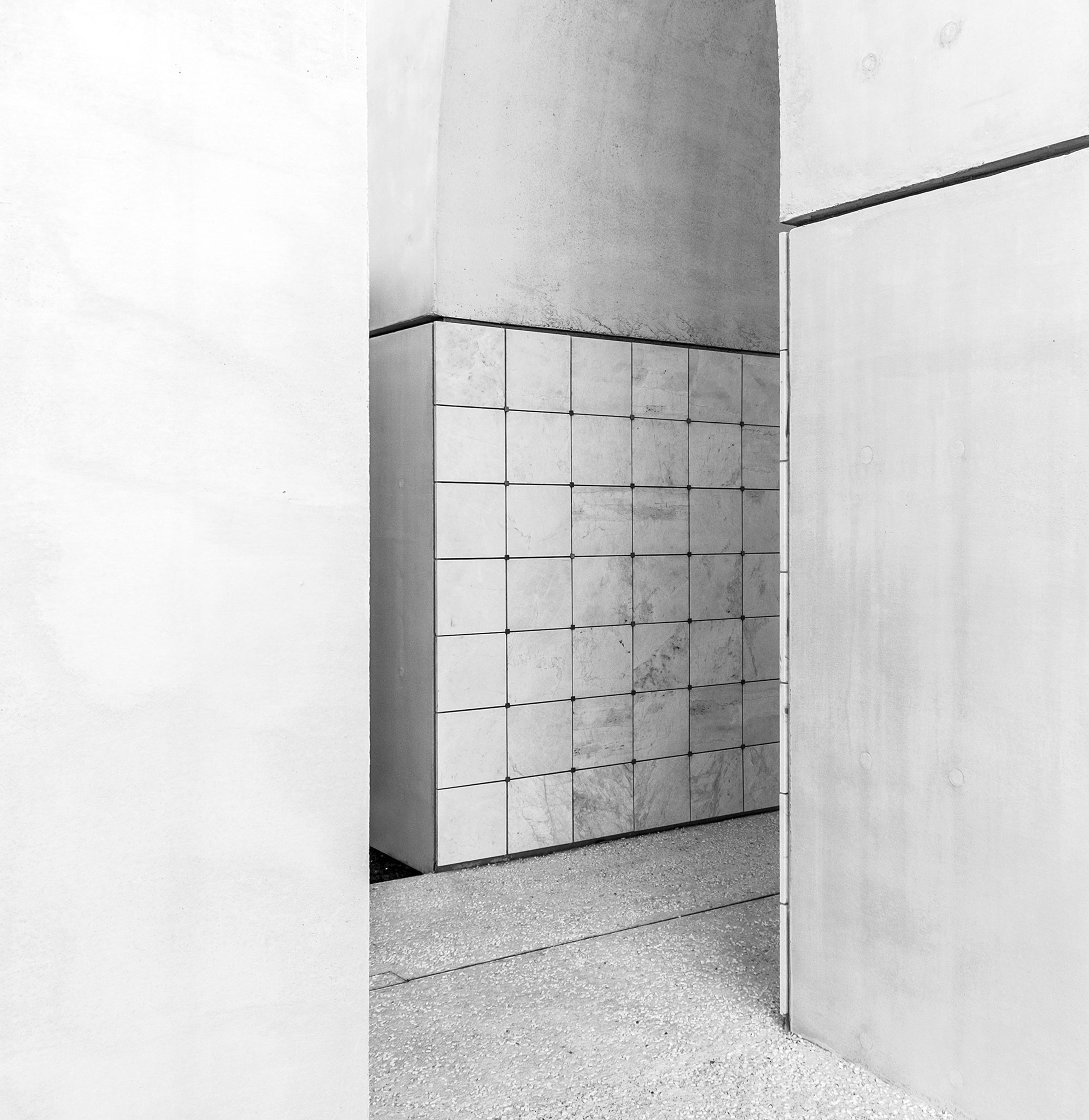 Concrete has become increasingly popular in memorial architecture, perhaps most famously being used in the Berlin Holocaust Memorial, and more recently, by OMA’s 11 towers based on Zoroastrian architecture, to echo sounds made by mourners.