The brothers that commissioned Quebec City-based Atelier Pierre Thibault to create them a shared weekend house each have a separate black block to accommodate their family. 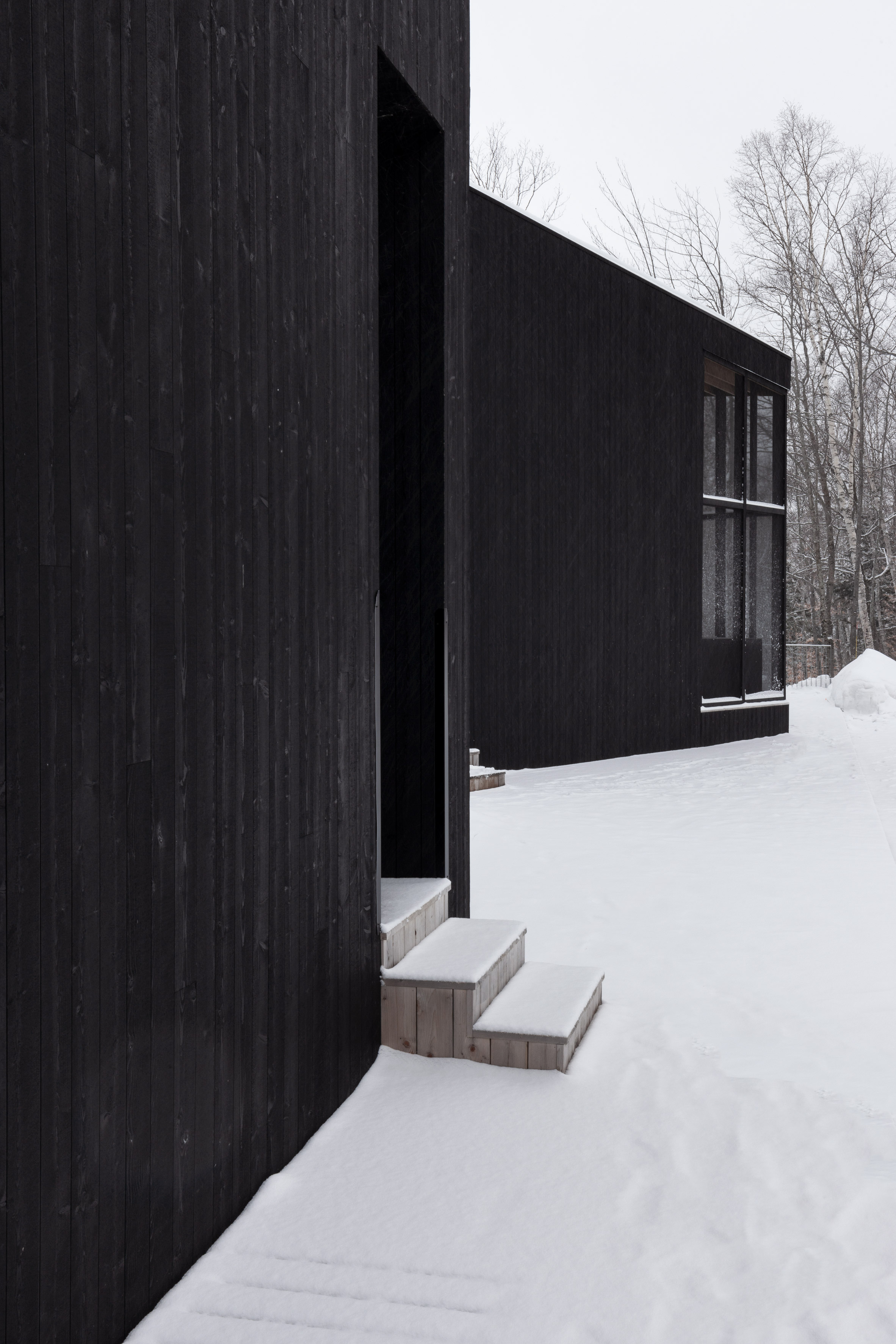 Completed last year, La Fraternelle – or The Brotherly – is located in Charlevoix, a popular ski destination outside Quebec City. The clients tasked Atelier Pierre Thibault with completing a home for their two families, while still providing a degree of independence and privacy. 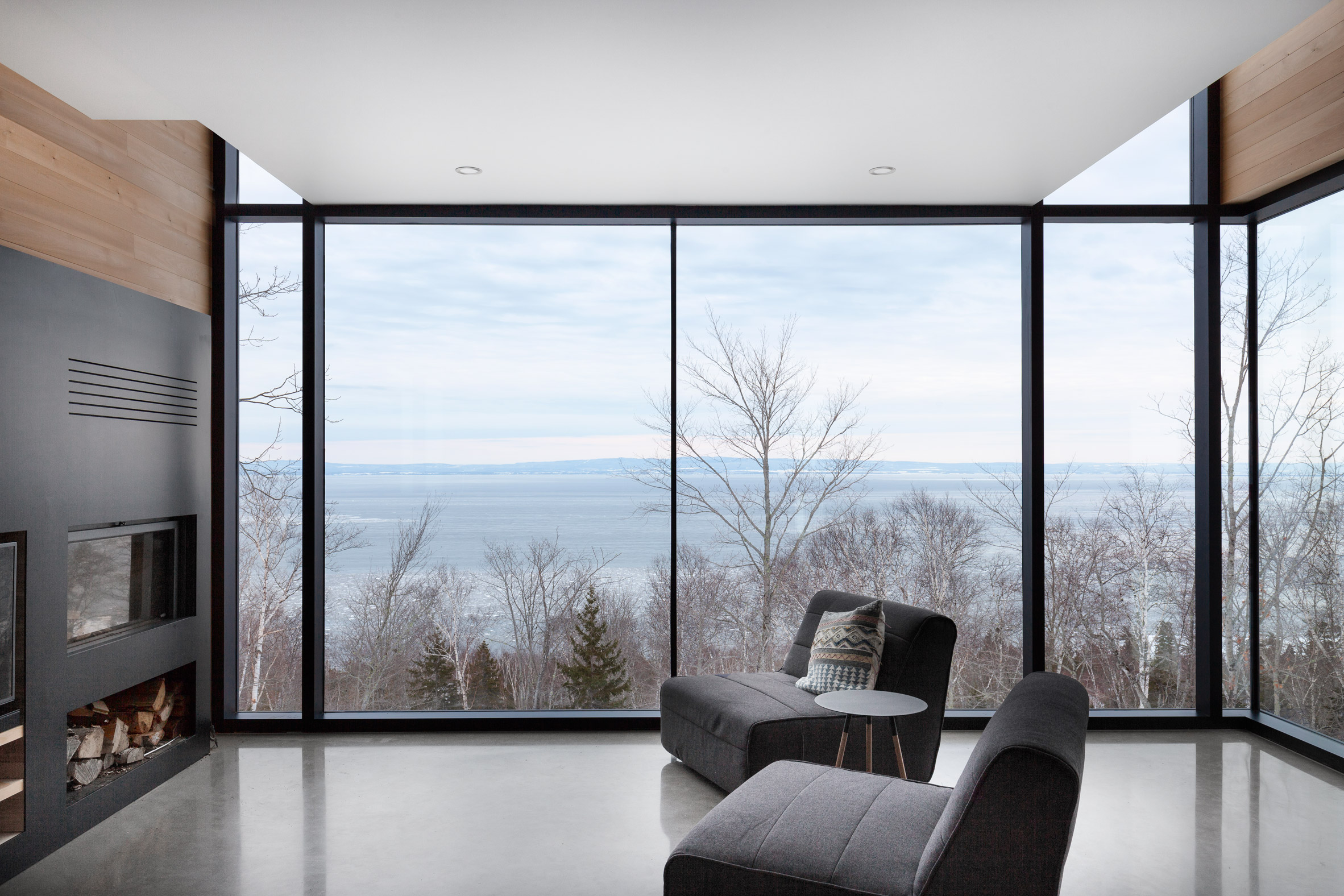 “Two black volumes with slightly different orientations are laid out above a plinth that nestles into the site’s steep slope,” Atelier Pierre Thibault explained.

Each of the angular black volumes contains an open-concept kitchen, living and dining room on the ground level. 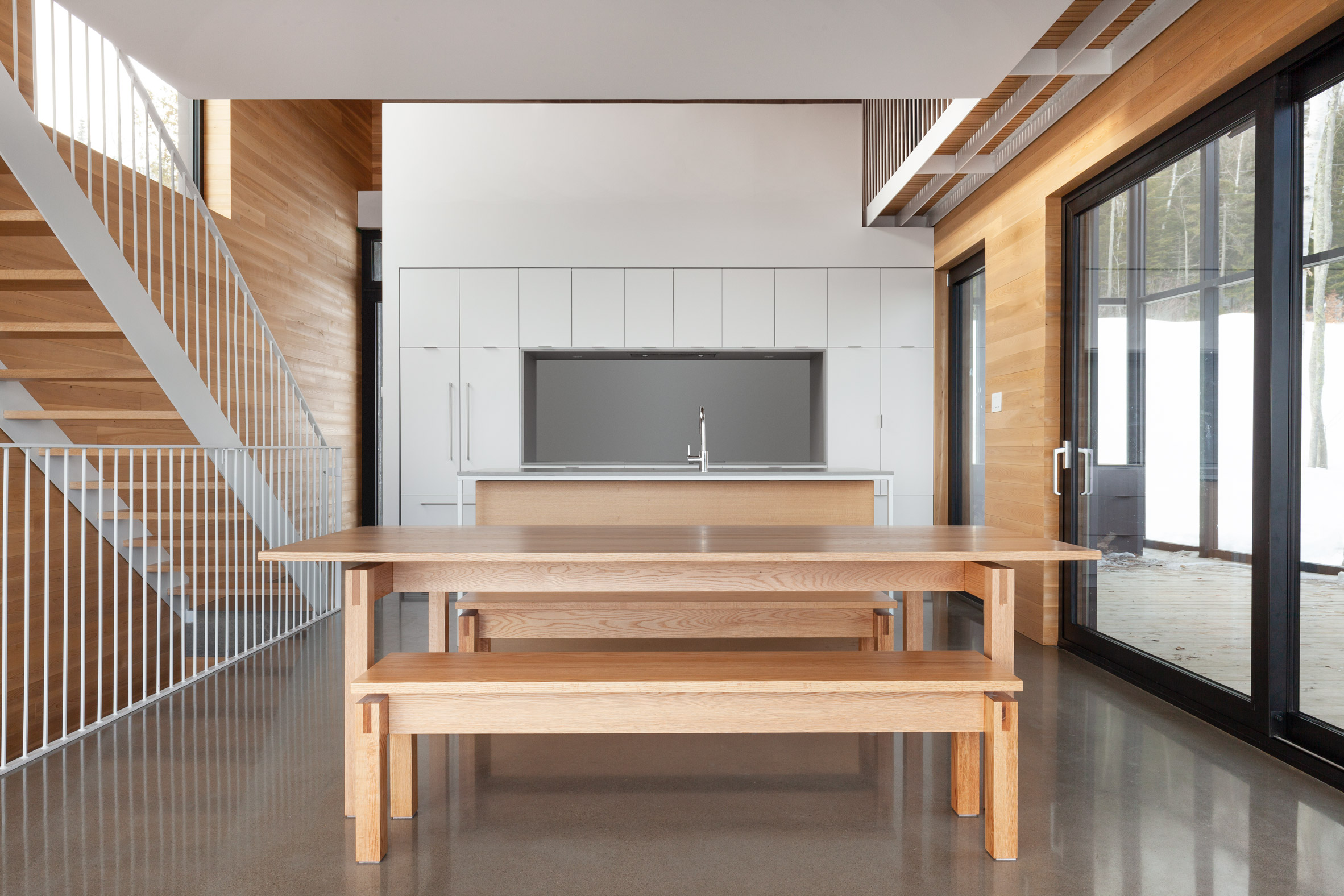 A flight of wooden steps leads to the master bedroom, which only occupies part of the plan. “The idea of a box within a box influenced the design of the bedroom, which is suspended and seems to be floating amongst the trees,” said the studio.

Opposite the bedroom is a small office loft, which overlooks the living spaces below.

One side of each volume is taken up by an expansive double-height screened porch, which allows the residents to maximise their time outdoors. The remainder of the plinth serves as a terrace that both families can use communally. 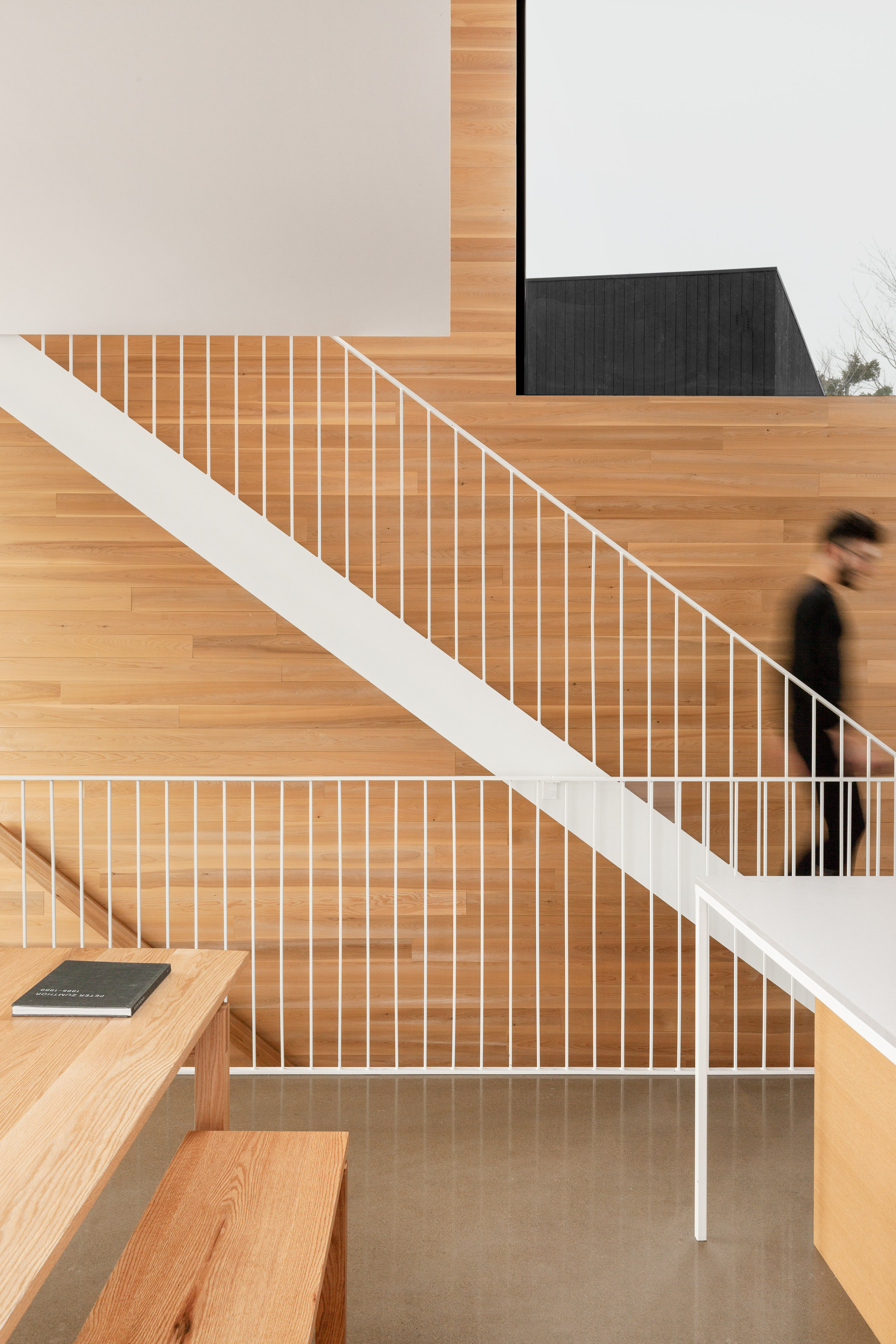 The lower level of the two homes features the same layout, mirrored along the centre. Here, the architects included two additional bedrooms, as well as a lounge area, and sauna for each of the homes. A doorway allows members of each family to pass through to the other’s living space. 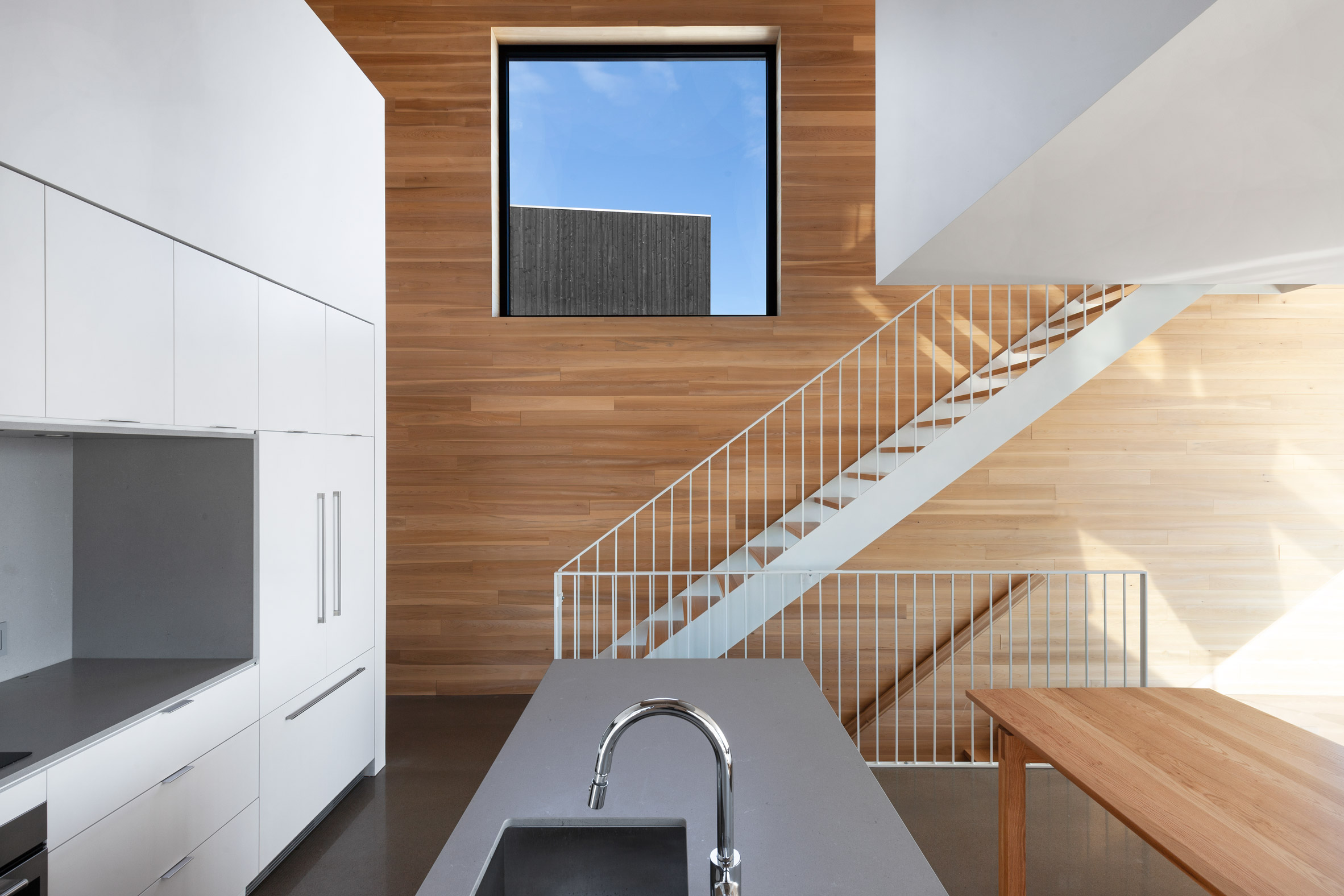 For this project, Atelier Pierre Thibault opted for a minimalist palette, using built-in or custom furniture wherever possible, as a way to emphasise the landscape over the interiors. “The large glazed openings and restrained interior furnishings facilitate contemplation,” said the studio. 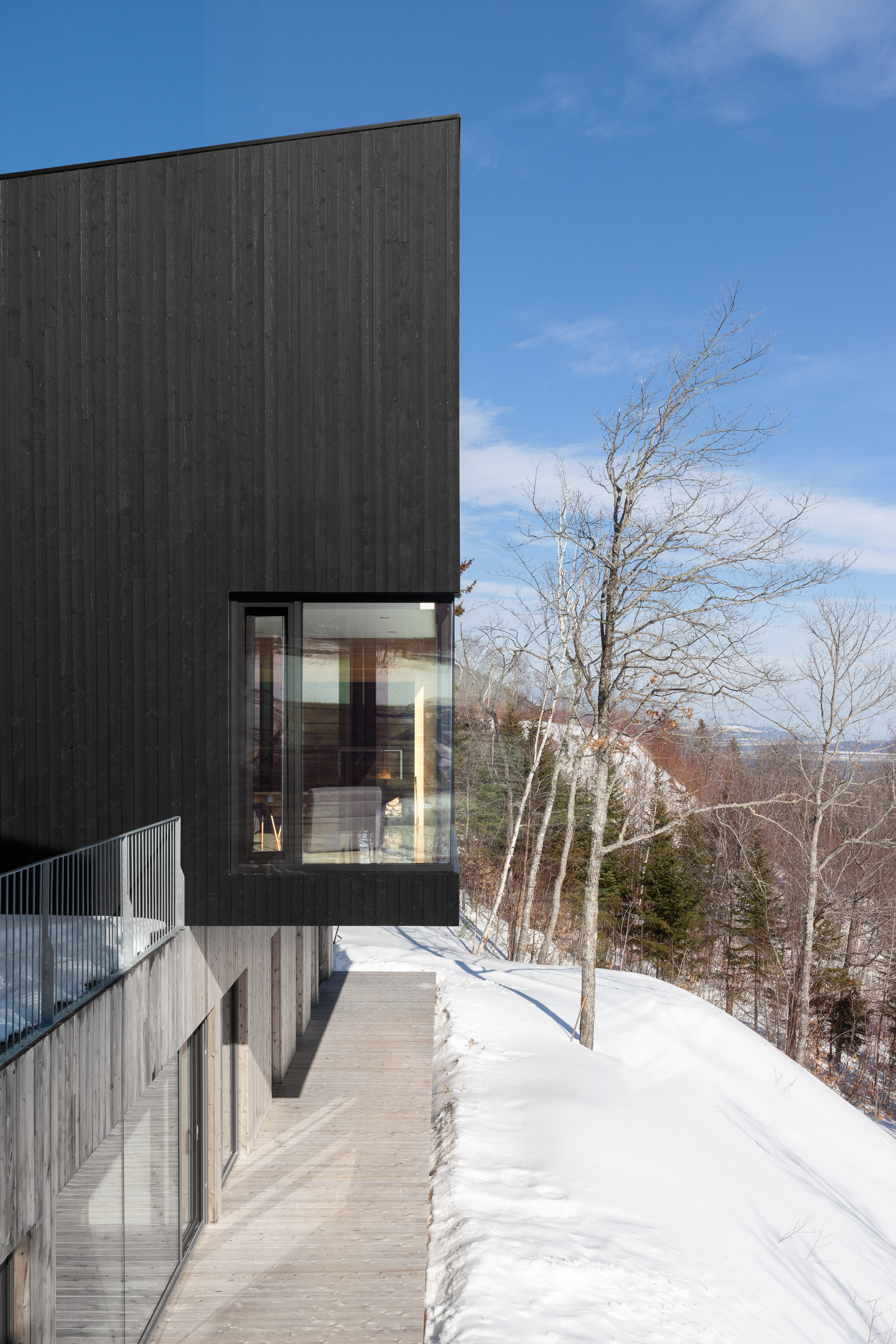 Siblings that have clubbed together so they can both enjoy secondary residences in Quebec include two sisters that commissioned a wing-roofed home by YH2, and a pair that built a house comprising stacked and rotated boxes by Atelier Boom-Town.