The venue for the Frieze art fair in London this week features walls of pleated and folded aluminium that would otherwise have gone to waste.

Designed by Universal Design Studio, the architecture and interiors firm founded by Edward Barber and Jay Osgerby, the venue for this year’s Frieze London is intended to promote sustainability – through use of responsibly sourced materials. 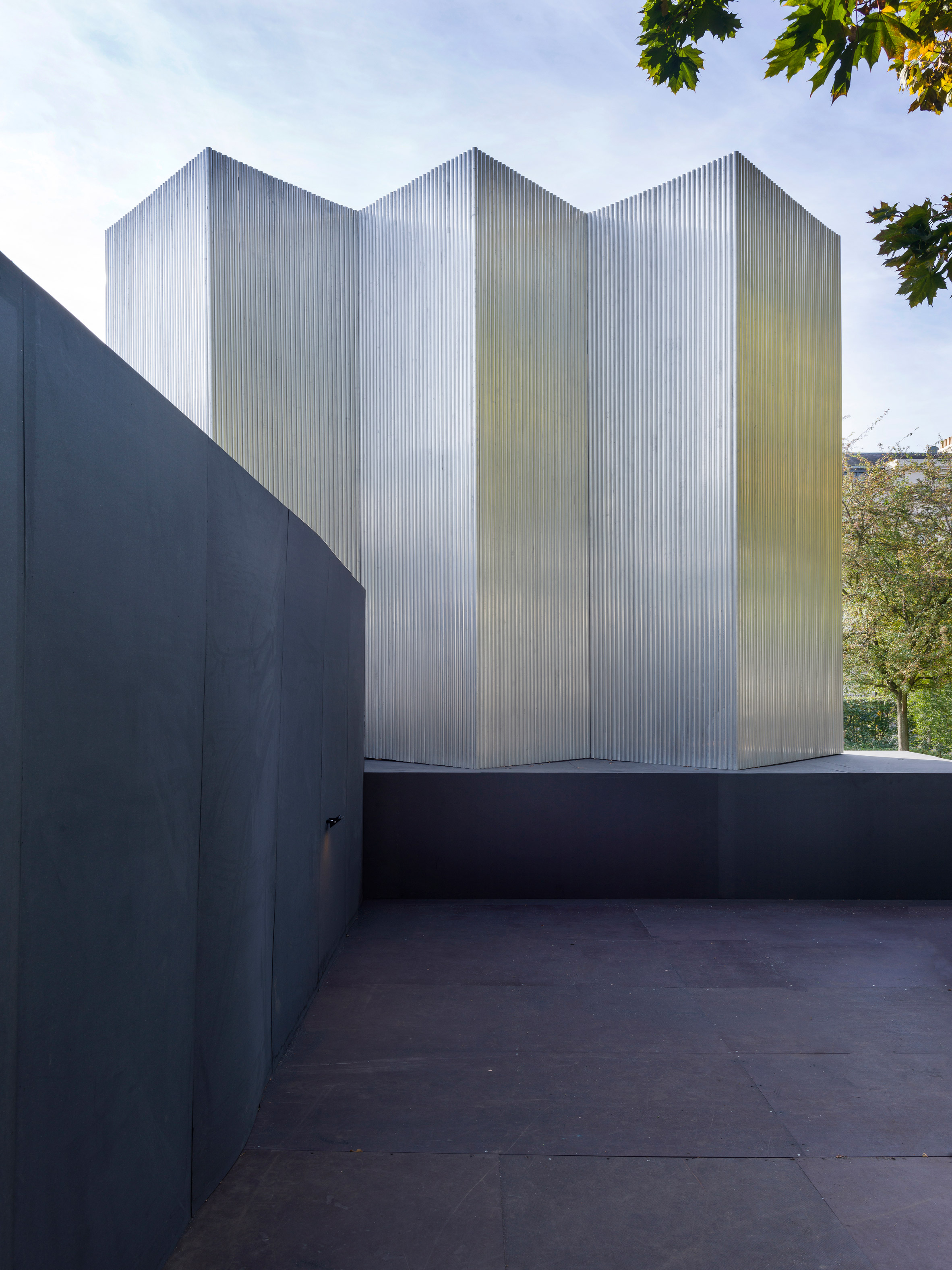 The entrance to the Regent’s Park venue, which hosts the fair for just four days, was erected using 400 tonnes of aluminium supplied by manufacturer SAPA.

These sheets were considered waste products by the company, due to “micro tolerances”, so would have otherwise gone unused.

The aim is for the sheets to be recycled after the fair. According to the designers, they could be reused infinitely. 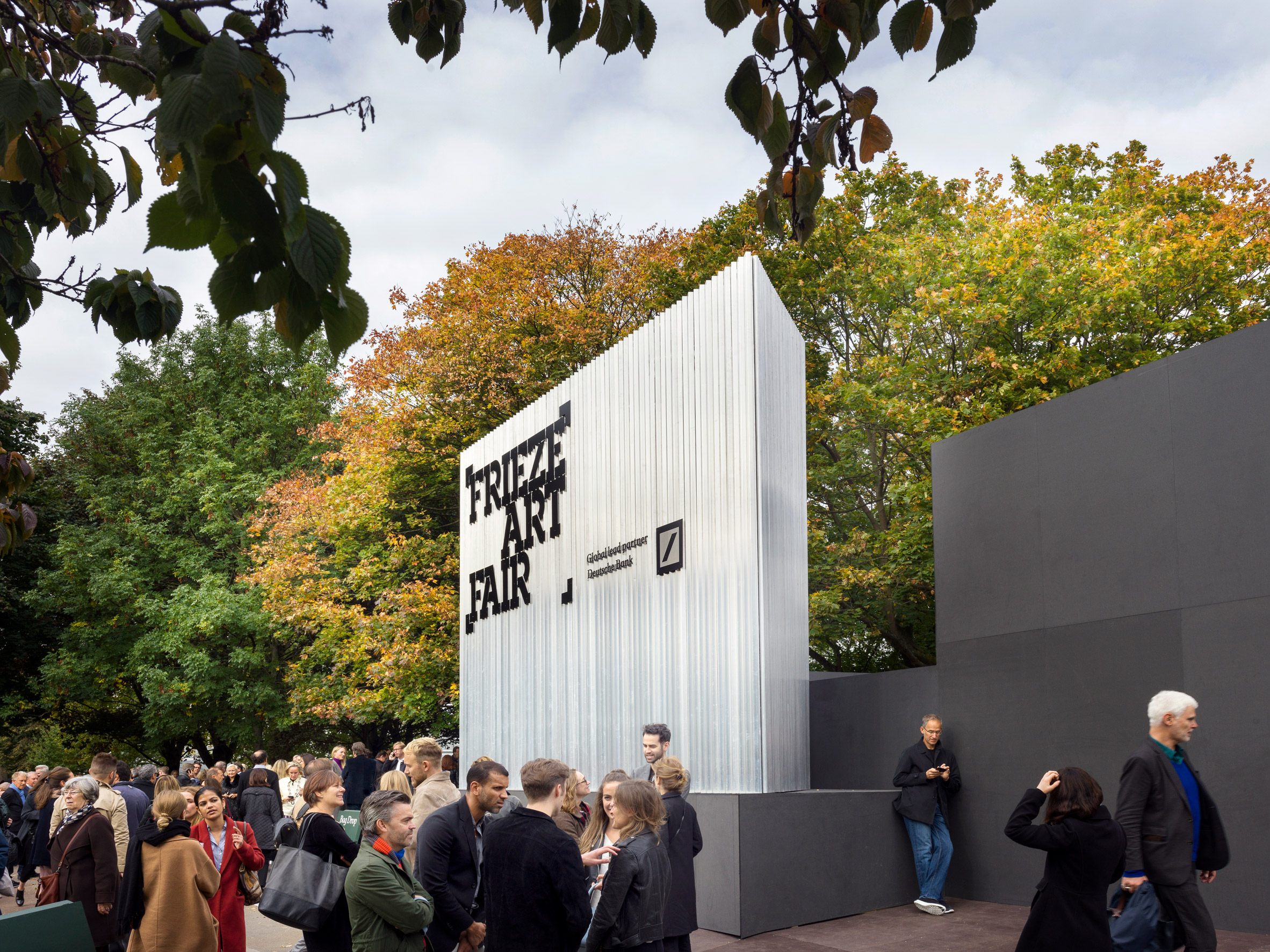 Tall pieces of pleated aluminium form the entrance to the tent. There are also sheets that have been folded into a concertina, and these frame a secluded courtyard. 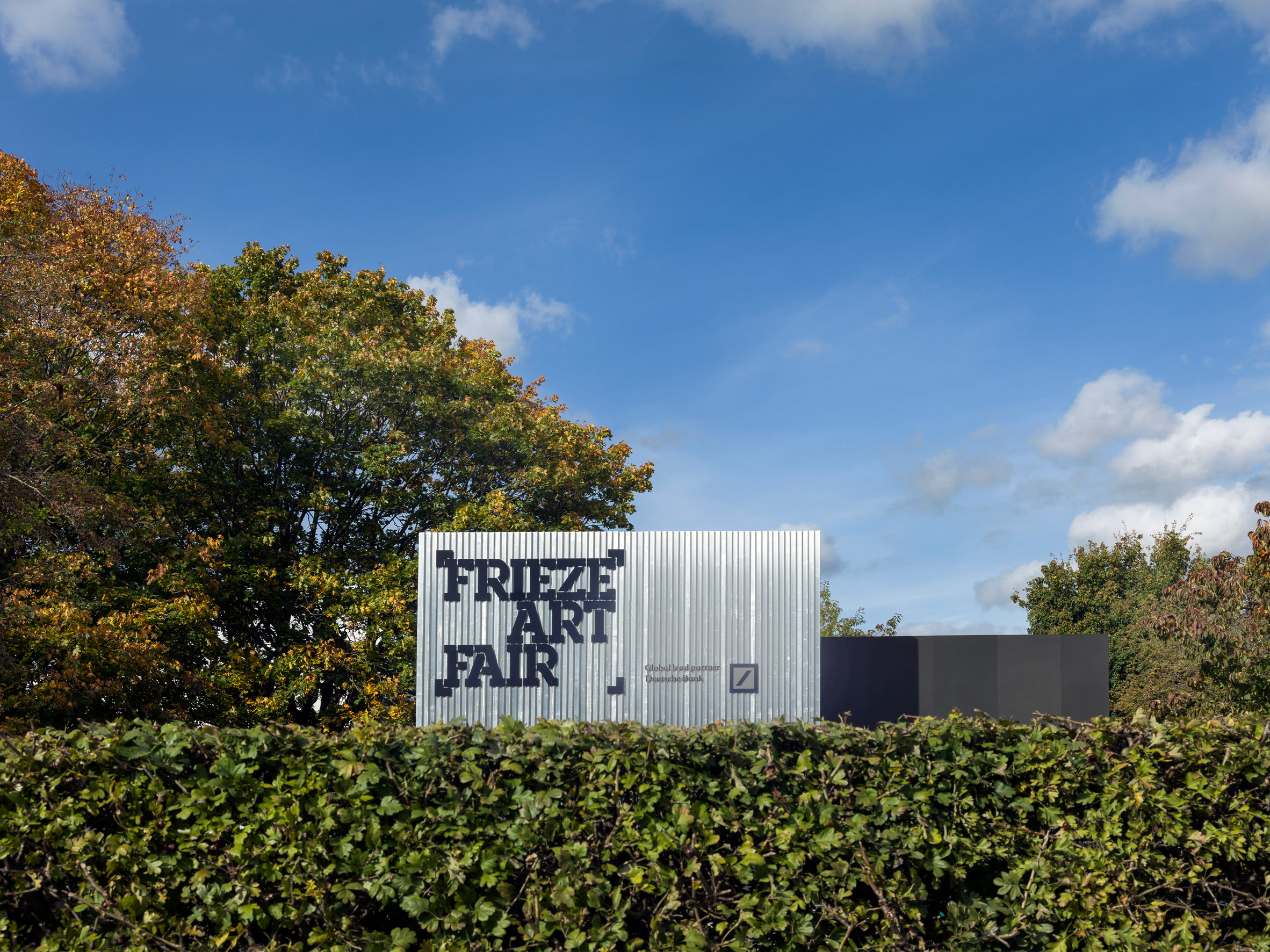 “We have designed the entrance installation from materials that directly reference the structures which house these important artworks, whilst drawing attention back to the beauty of Regent’s Park,” said Richard McConkey, associate director at Universal Design Studio.

“We were interested in using a material that is in a state of change, which seems fitting for a temporary global art fair.” 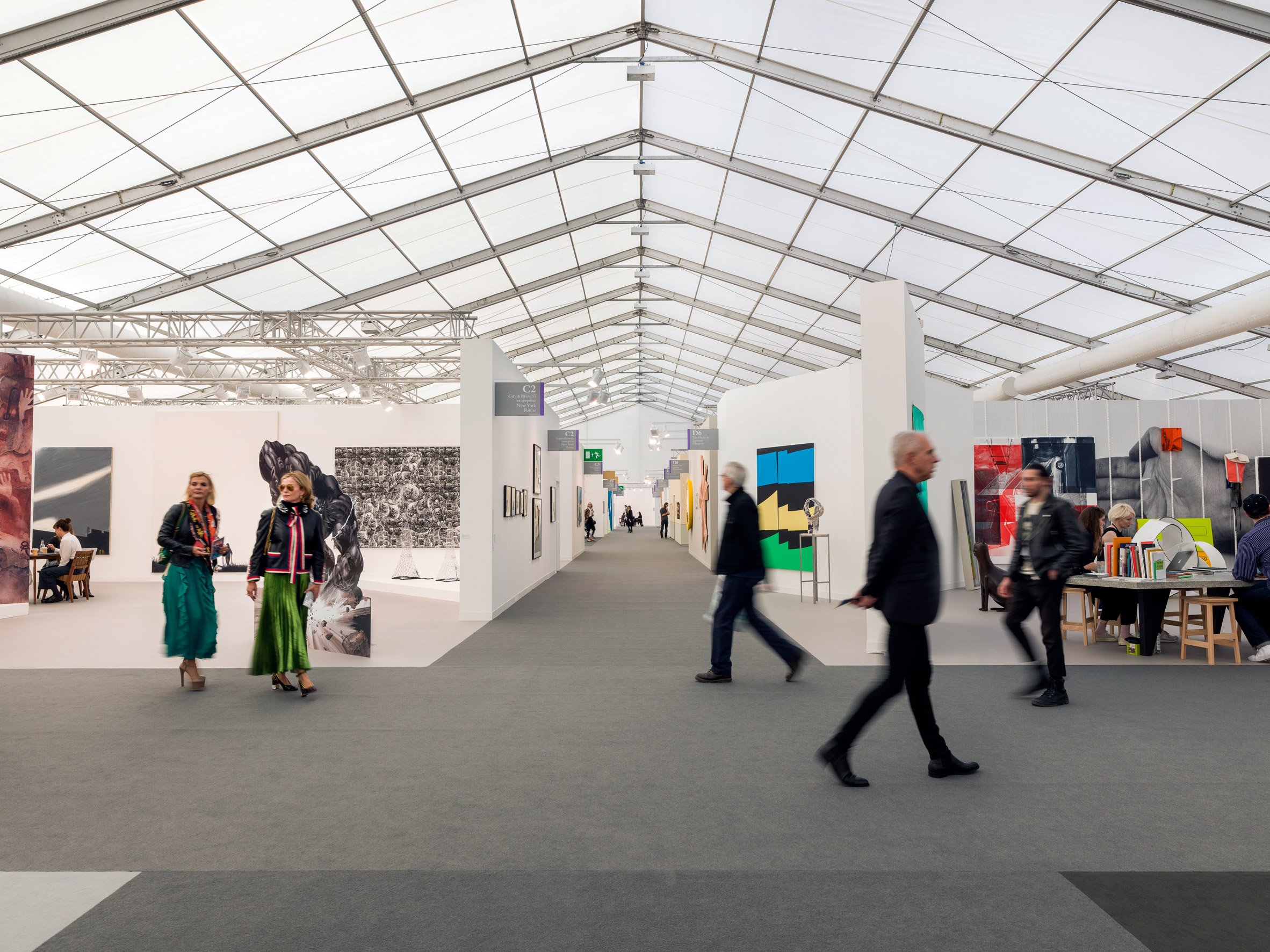 Other materials used to construct the venue include scaffolding and fibreboard, which will also be recycled once the fair is over. 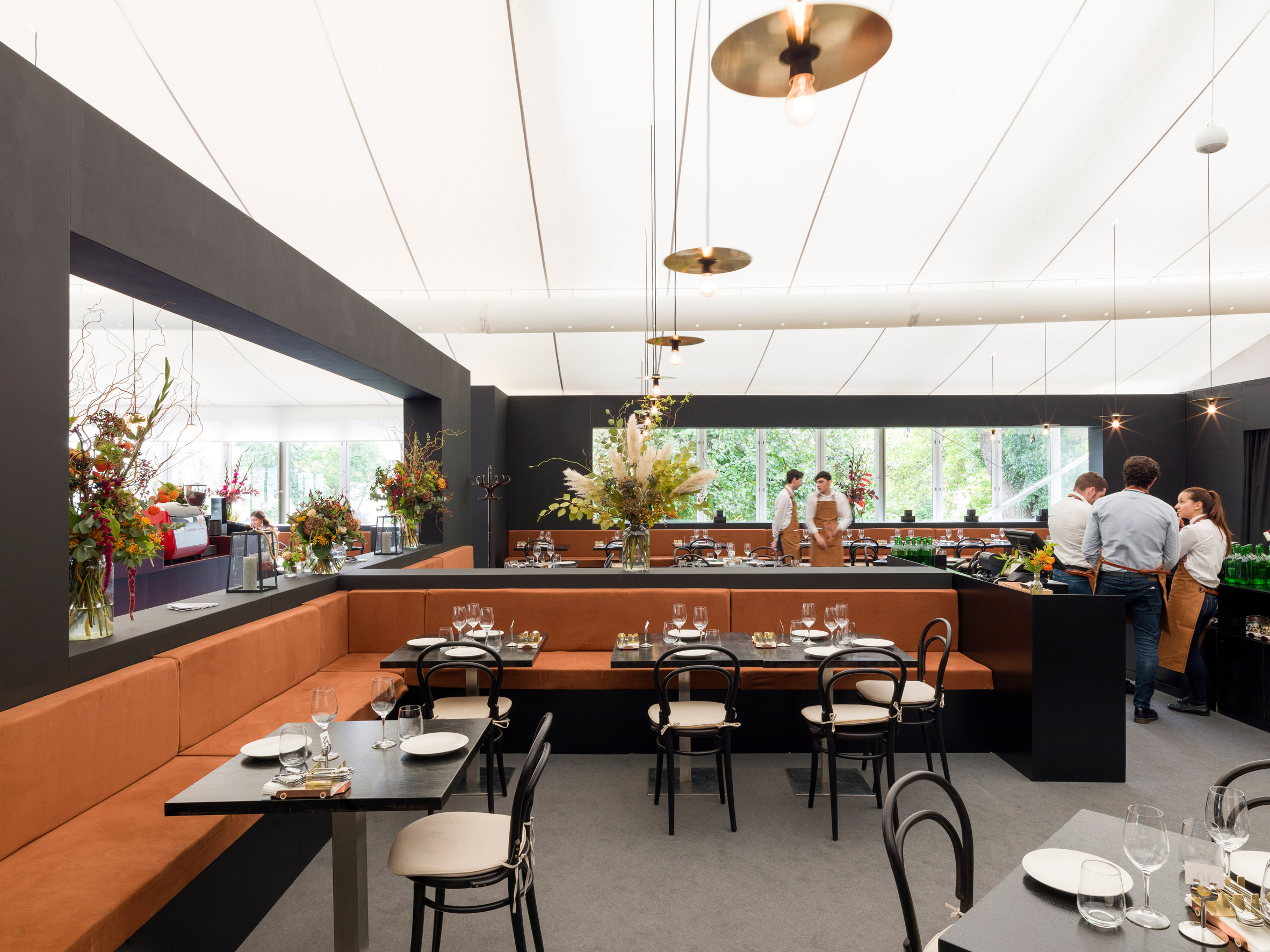 This is the fourth consecutive year that Universal Design Studio has designed the Frieze London venue. The project also involved creating dining spaces, including a dark toned space for Jason Atherton’s Social Wine & Tapas, and a white and green interior for Moro.

“The result, we hope, is one that will enhance the visitor experience by balancing moments of activity and event alongside moments of pause and reflection, allowing the art to speak,” added Jason Holley, one of Universal Design Studio’s two directors. 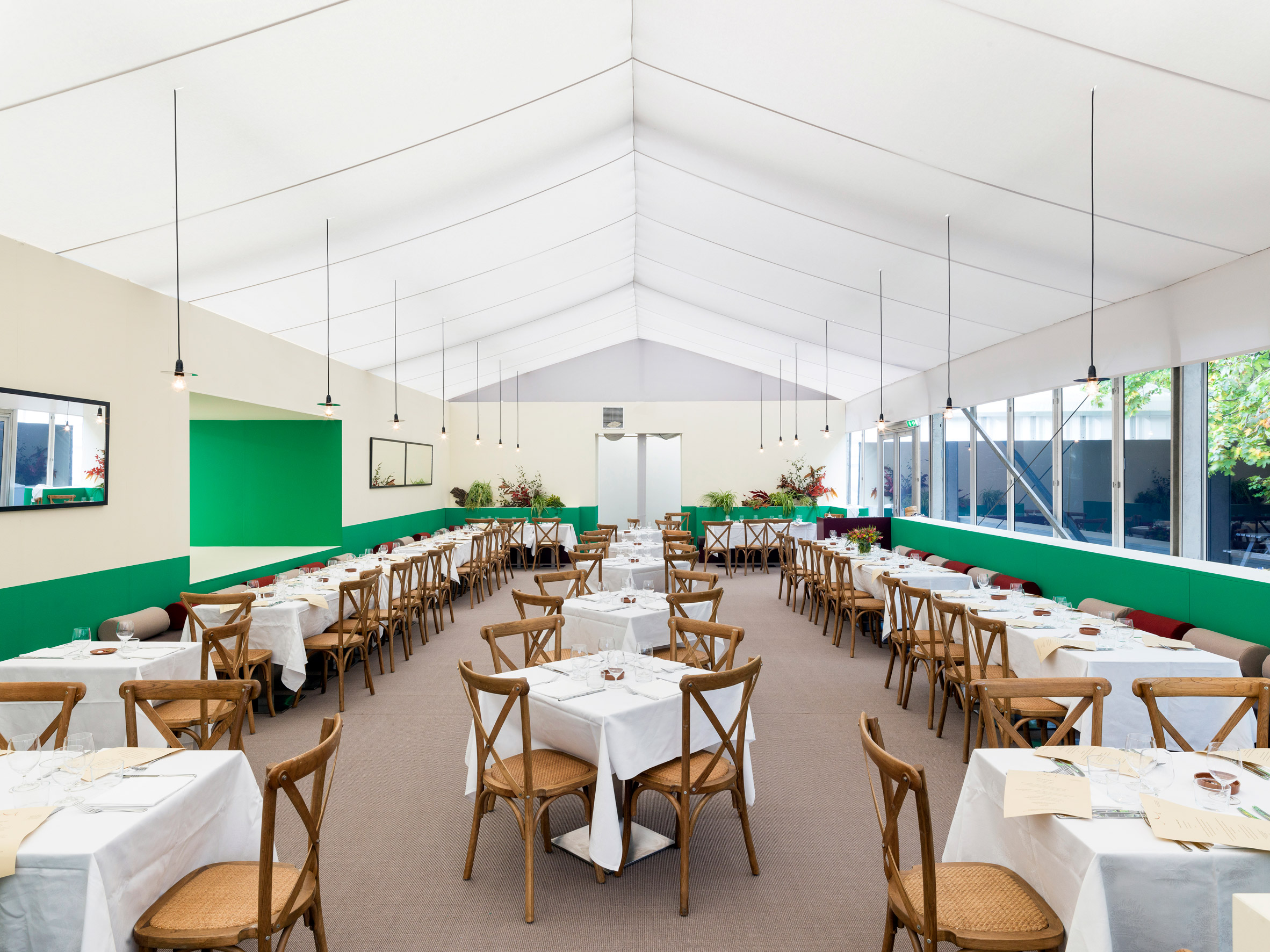 Universal Design Studio ranked at number 128 on Dezeen Hot List 2016. Other recent projects by the studio include a pop-up workspace in London and a dark-toned hotel in Stockholm.

Photography is by Andrew Meredith.