UNStudio has unveiled plans for a Dubai skyscraper featuring a 300-metre-high ceramic-tile facade, which will be illuminated at night to make it look like the building is breathing.

Designed by the Dutch studio in collaboration with German architect Werner Sobek, Wasl Tower is due to be completed in 2020.

The mixed-use tower will be clad in glazed clay tiles that interlace to form sweeping curves. According to UNStudio, it is set to be the tallest building in the world with a ceramic facade. 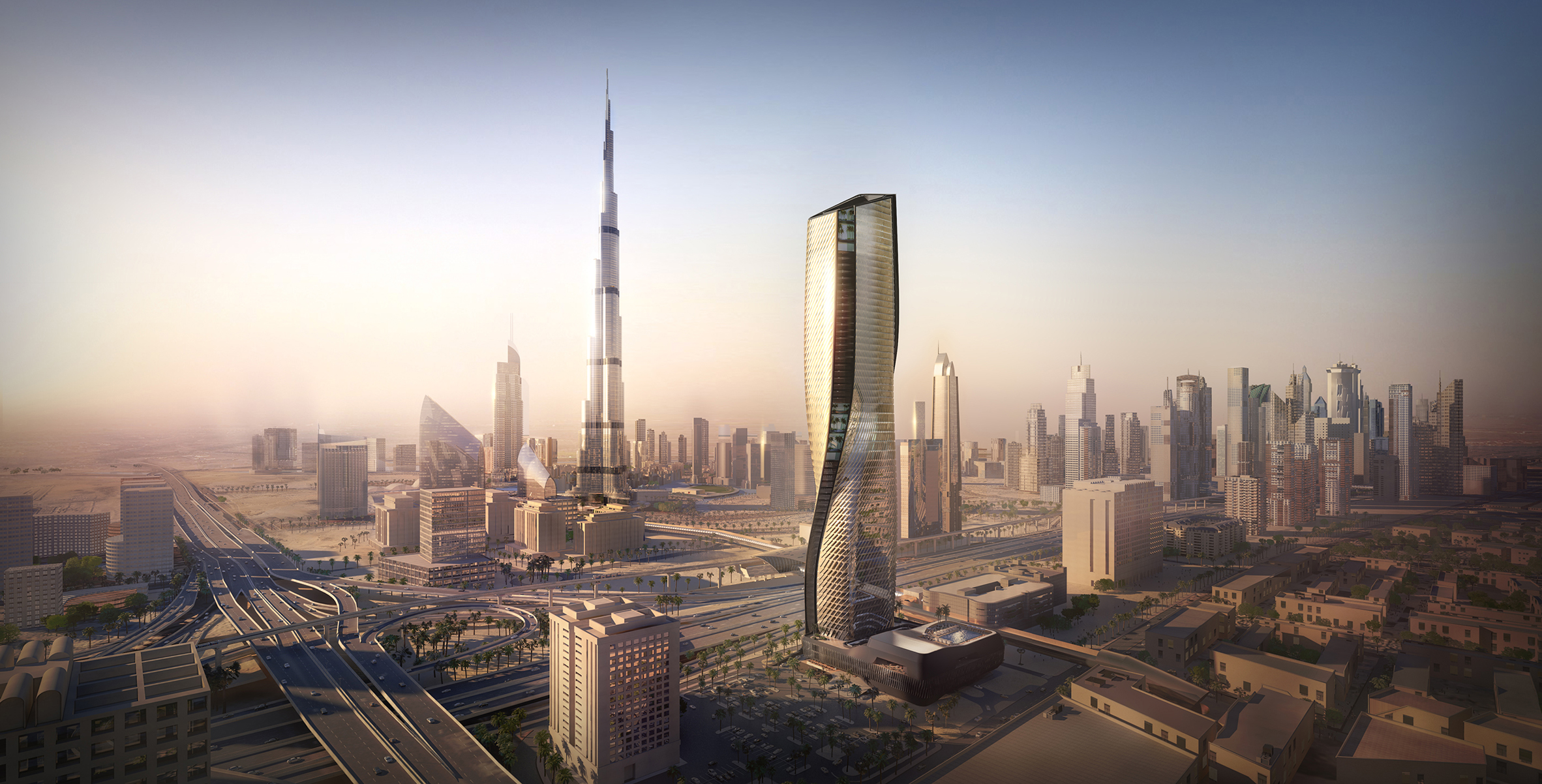 These fin-shaped tiles will be angled to provide shade for the interior, while also allowing natural light to filter through.

The aim was to provide a low-tech and sustainable solution to the highly technical challenge of designing a tall building in Dubai’s desert climate.

At night, the facade will be lit up in a rhythm programmed to make it appear as if the tower is breathing. Developed by engineering firm Arup, the lights will sit behind the fins and be solar powered through photovoltaic panels installed on the roof of a car park. 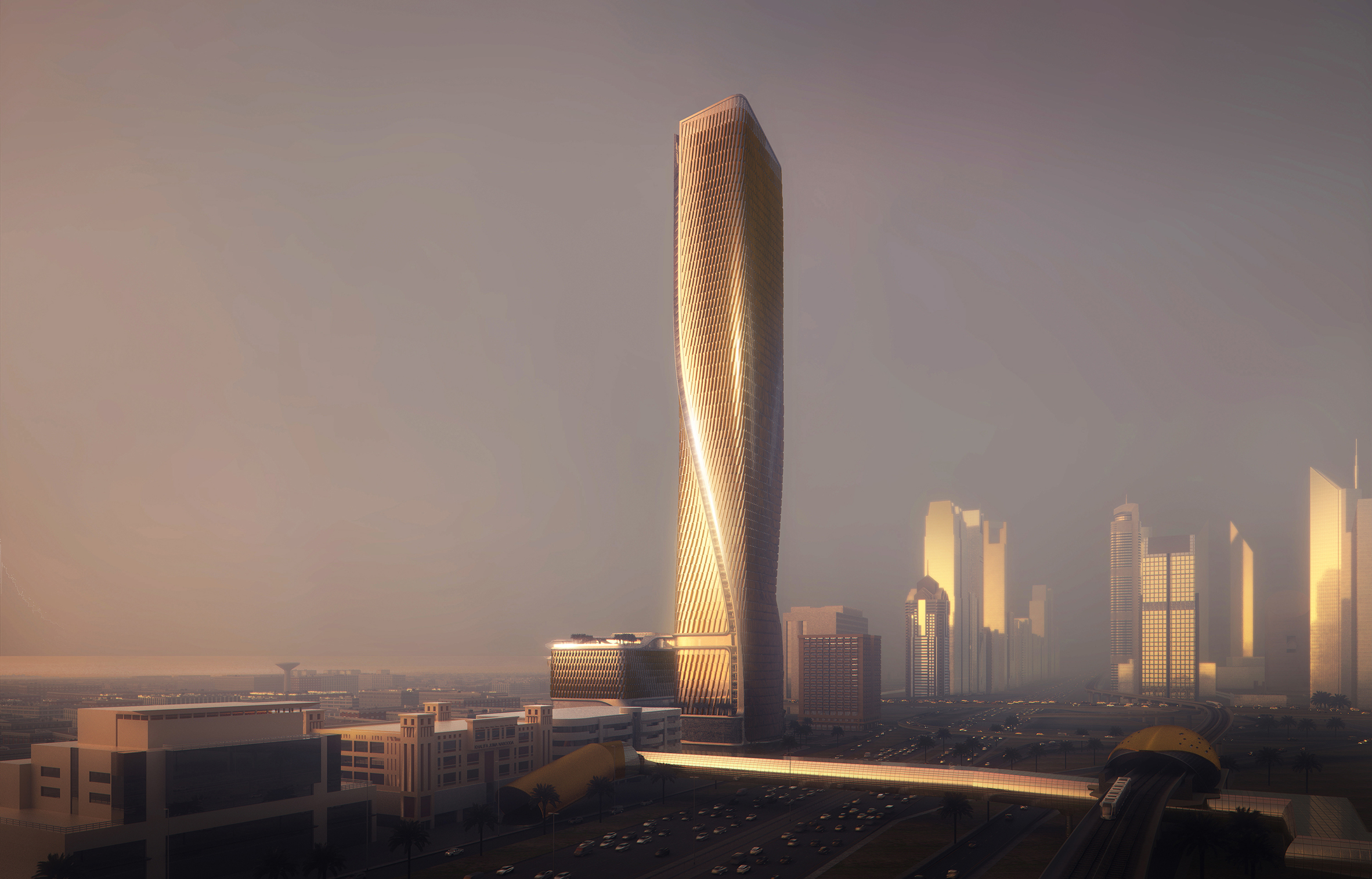 Wasl Tower will sit close to the Burj Khalifa, which at 828 metres high, is currently the tallest building in the world.

Unlike the Burj Khalifa, the tower will feature a twisted, asymmetric shape.

The designers claim it follows the idea of contrapposto, or the counterpose, a form in classical sculpture. The pose involves placing more weight on one foot, which naturally twists the shoulder and hips off-axis, and thus lends dynamism to a figure.

The mixed-use building will be operated by hotel group Mandarin Oriental, and will contain over 250 five-star rooms. It will also accommodate offices, private apartments, and public spaces.

An open seam will run the full height of the tower, forming a “vertical boulevard” of stacked outdoor balconies and greenery, ending in an infinity pool at the top. 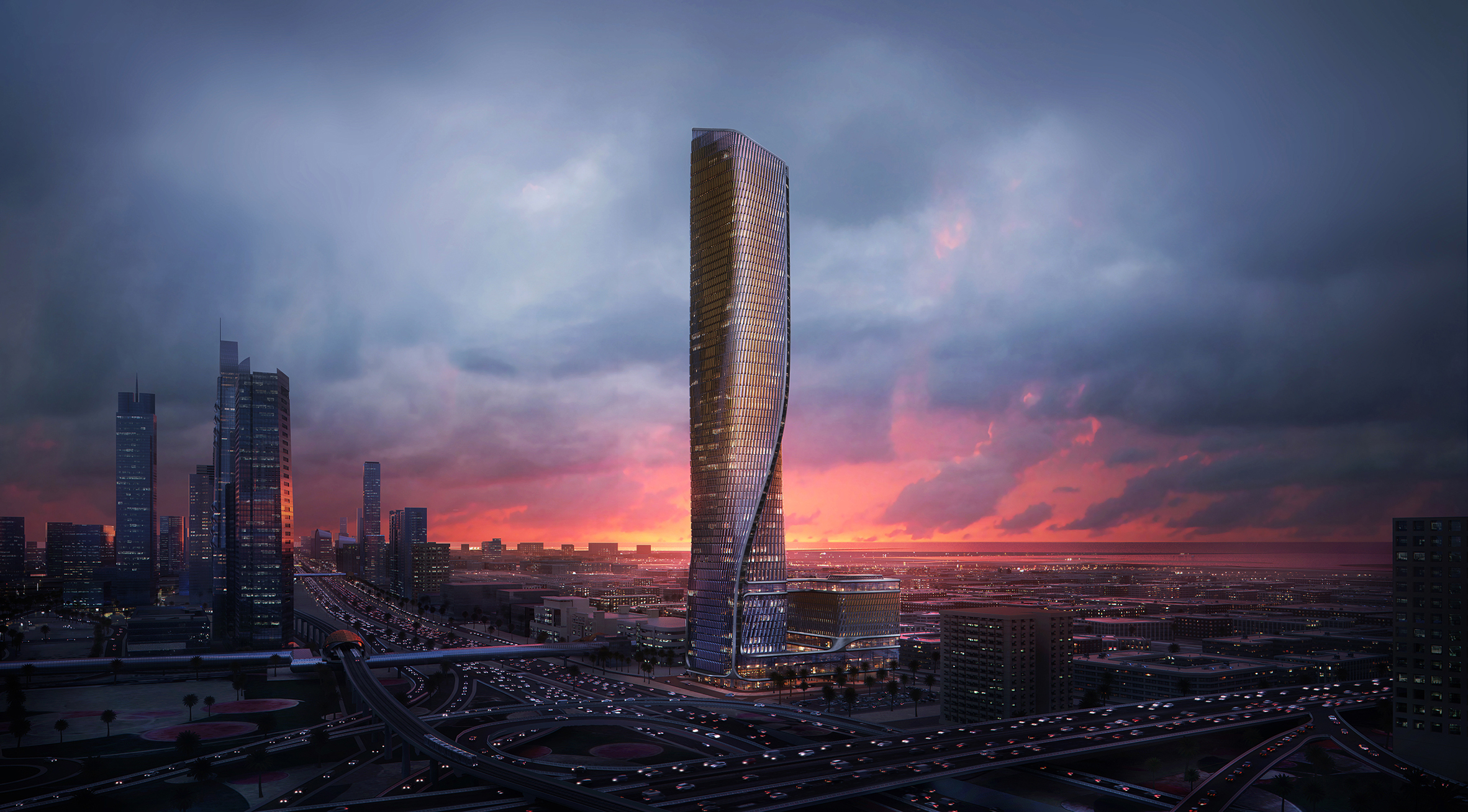 In total the building will have 17 lifts, five of which will be service elevators. The four main lobbies at ground level, the spa, skydeck and rooftop will be connected vertically by three high-speed lifts.

The offices and guest rooms will be served by four lifts each, all sharing the same shaft, while the main access to the hotel will be 150 metres up. Private residences on higher floors will have their own lift-group, connecting directly to the car park at basement level.

A secondary low-rise building to the side will hold the car park, along with a column-free ballroom on the first floor and an open-air pool on the roof deck, connected to the main tower by a bridge. 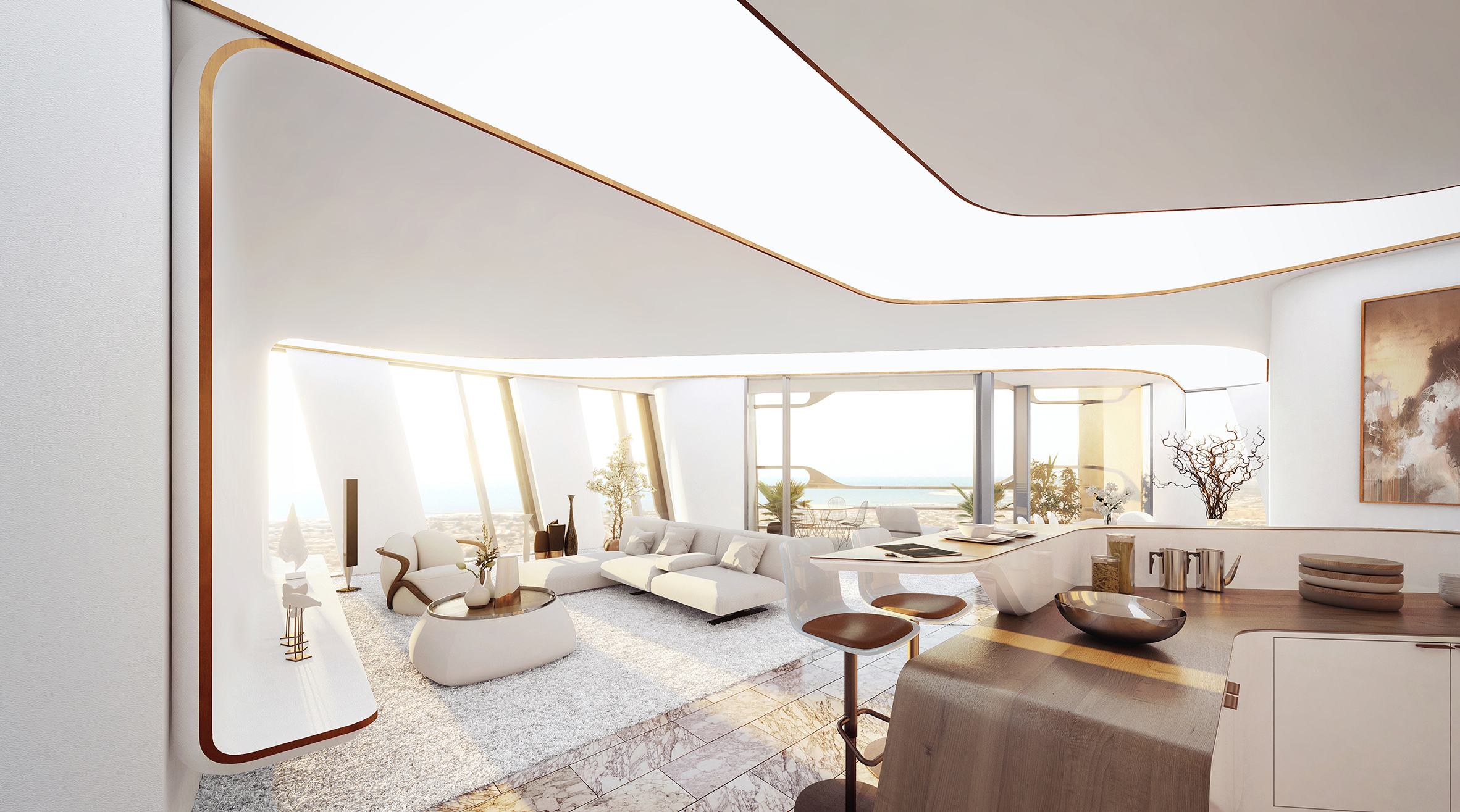 The ground floor lobby will span the tower and the smaller car-park building, creating a “walled garden” that will provide a shady refuge during the summer months, when temperatures can climb up to 45 degrees Celsius.

“As the project strongly relates to and interconnects with Dubai’s urban experience, the aim is to make a visit to the Wasl Tower as attractive and contemporary as possible,” said UNStudio founder Ben van Berkel.

“As such, a dedicated concept of health, comfort and well-being throughout was developed for the building.”

The Wasl Tower will be located on the Sheikh Zayed Road, the Emirates’ longest road running from Abu Dhabi to Ras al-Khaimah.