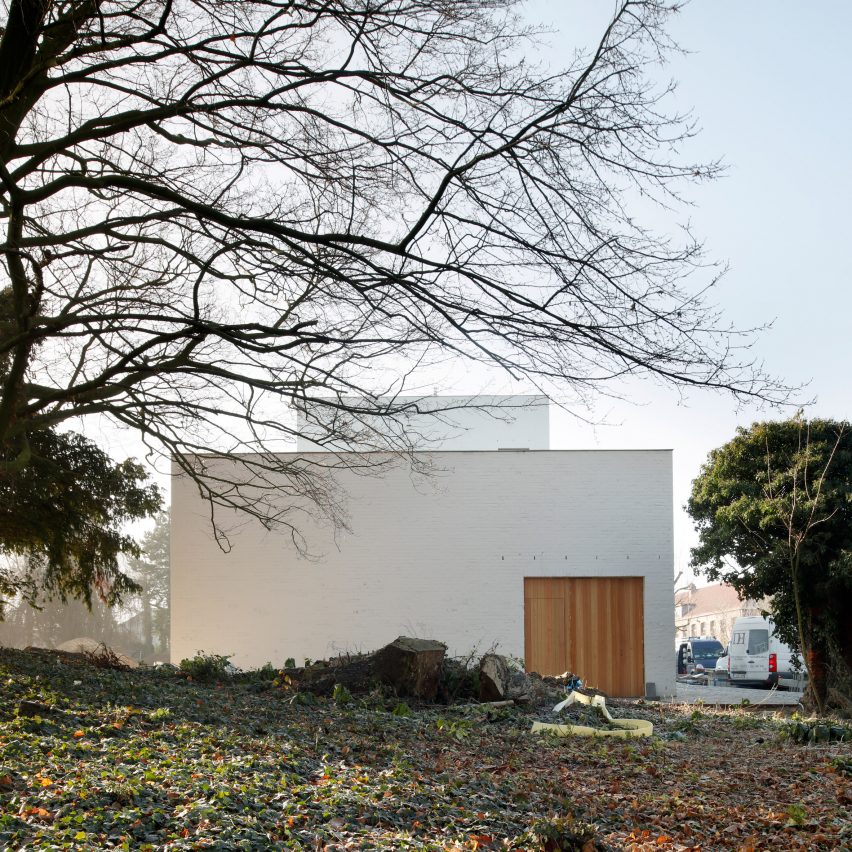 Bricks from demolished local buildings were used to construct this museum in Mouscron, Belgium, by architecture studio V+.

The Folklore Museum, which was nominated for this year’s Mies van der Rohe Award, houses a collection of objects and documents that chronicle the local crafts and traditions of Mouscron from 1850 to 1940. 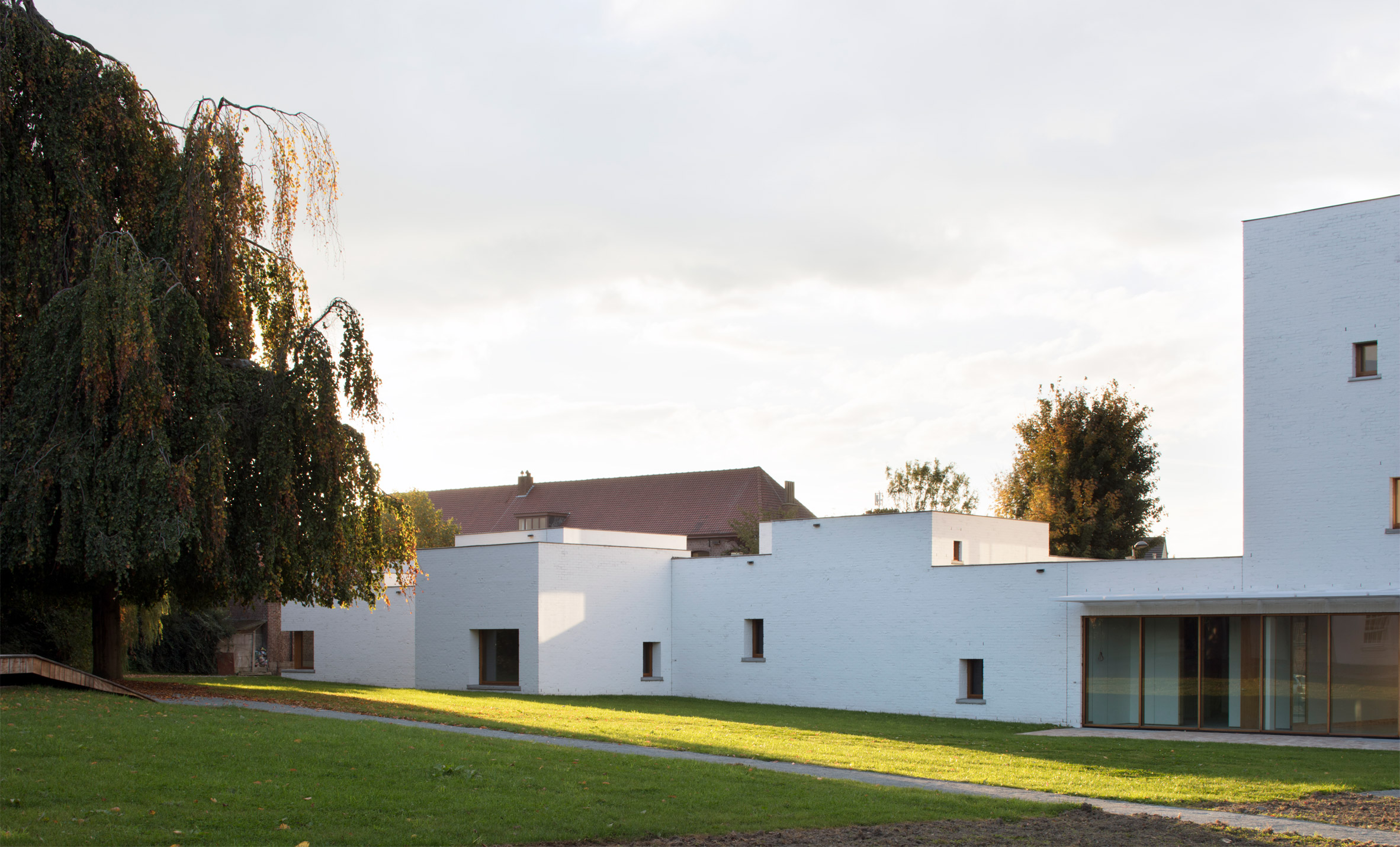 A white brick structure stretches along a small road behind the original museum building – a 19th-century townhouse on the main road.

This makes the most of the relatively narrow plot, and a variation in heights along its length accommodates different functions. 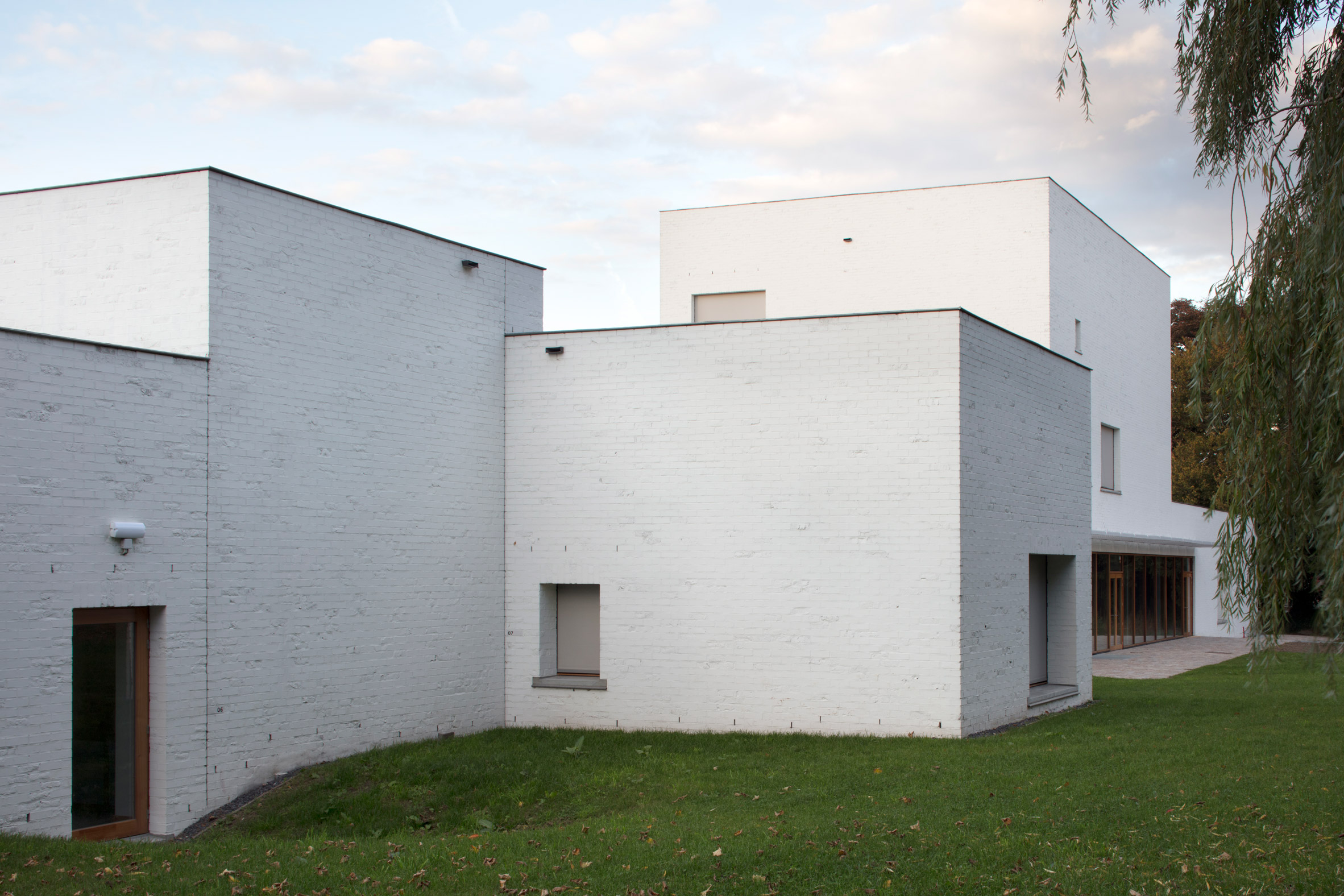 Work by French artist Simon Boudvin is integrated into the structure. Bricks were sourced from demolition sites of traditional buildings around Mouscron, many of which once housed the objects and makers related the crafts and traditions celebrated in the museum’s exhibitions.

Although these recycled bricks are also painted with white lime to blend in with the building from a distance, they are clearly distinguishable closer up due to the difference in texture.

This creates a deliberately imperfect aesthetic. 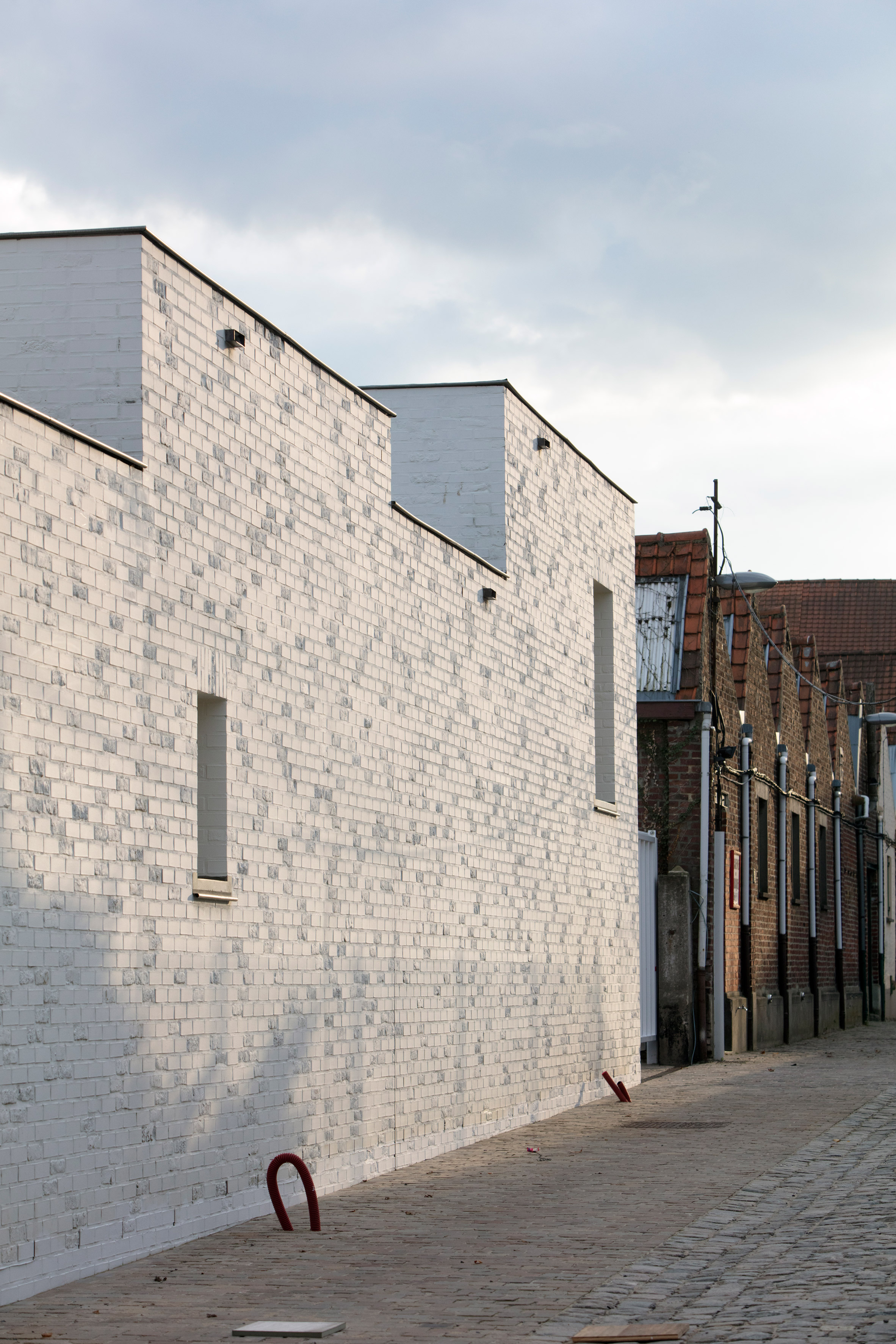 “Simon Boudvin was involved at the beginning and proposed to transform the act of choosing material into something less aesthetic and more political,” said Thierry Decuypere, associate architect at V+.

“One third of the bricks of the facade come from nine existing buildings and are sorted by their origin. The building contains folk objects and is built partially with their initial containers, an old farm, a worker row house, and a cinema.” 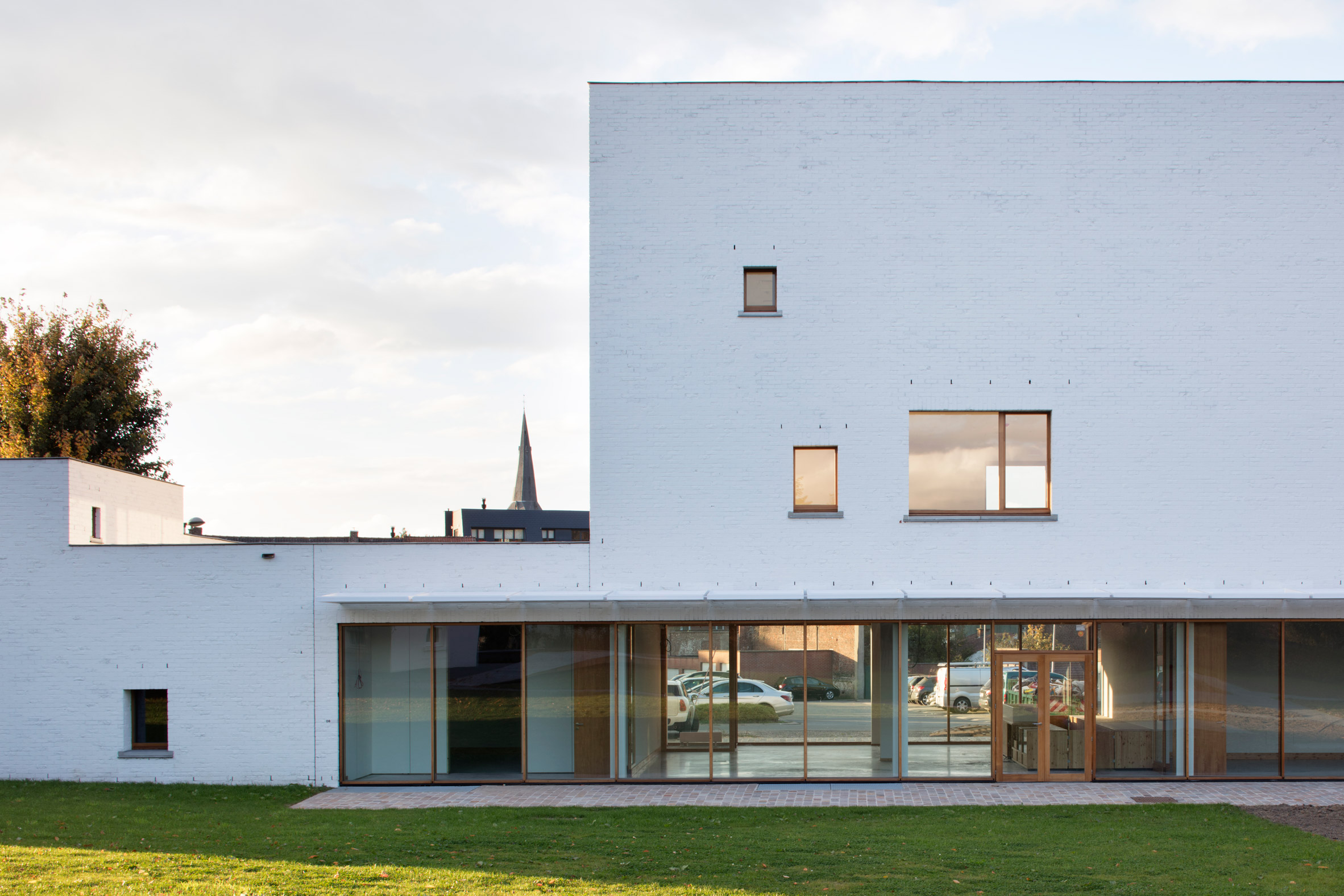 V+ was initially tasked with helping the museum create an extension for a new temporary exhibition space, cloakroom and toilet for the 19th-century building.

But the studio quickly realised that it would make more sense to build a new museum along a nearby block of industrial sheds, overlooking a large patch of land that could be used as a garden. 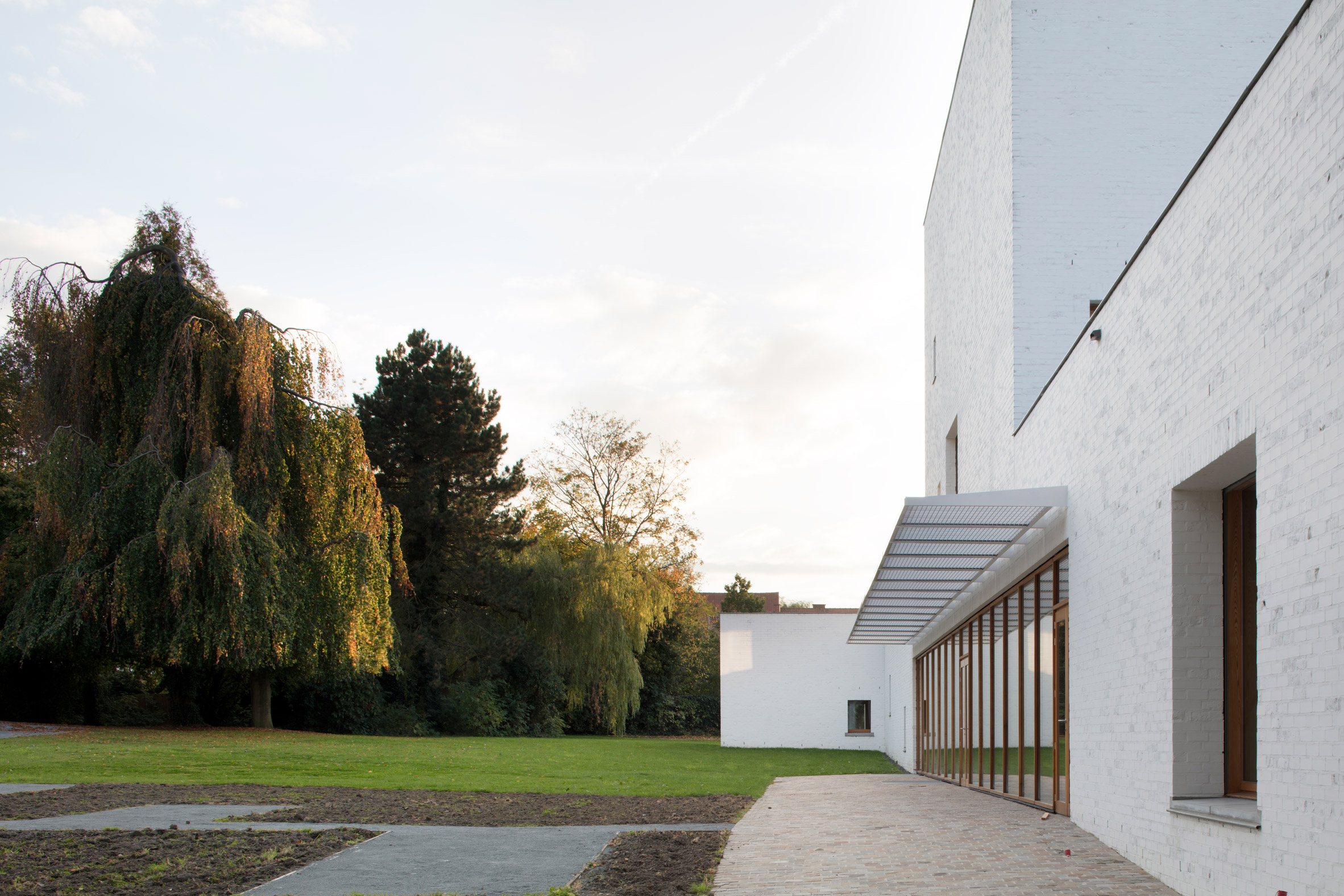 V+ convinced the museum’s director that a bigger project could engage more actively with the town. They tasked themselves with the objective of creating a building that could be both contemporary and “folkloric”.

The new building provides an additional 1,471 square metres of floor space and houses the museum’s offices, exhibition spaces for the permanent collection and for temporary shows, and an entrance hall. 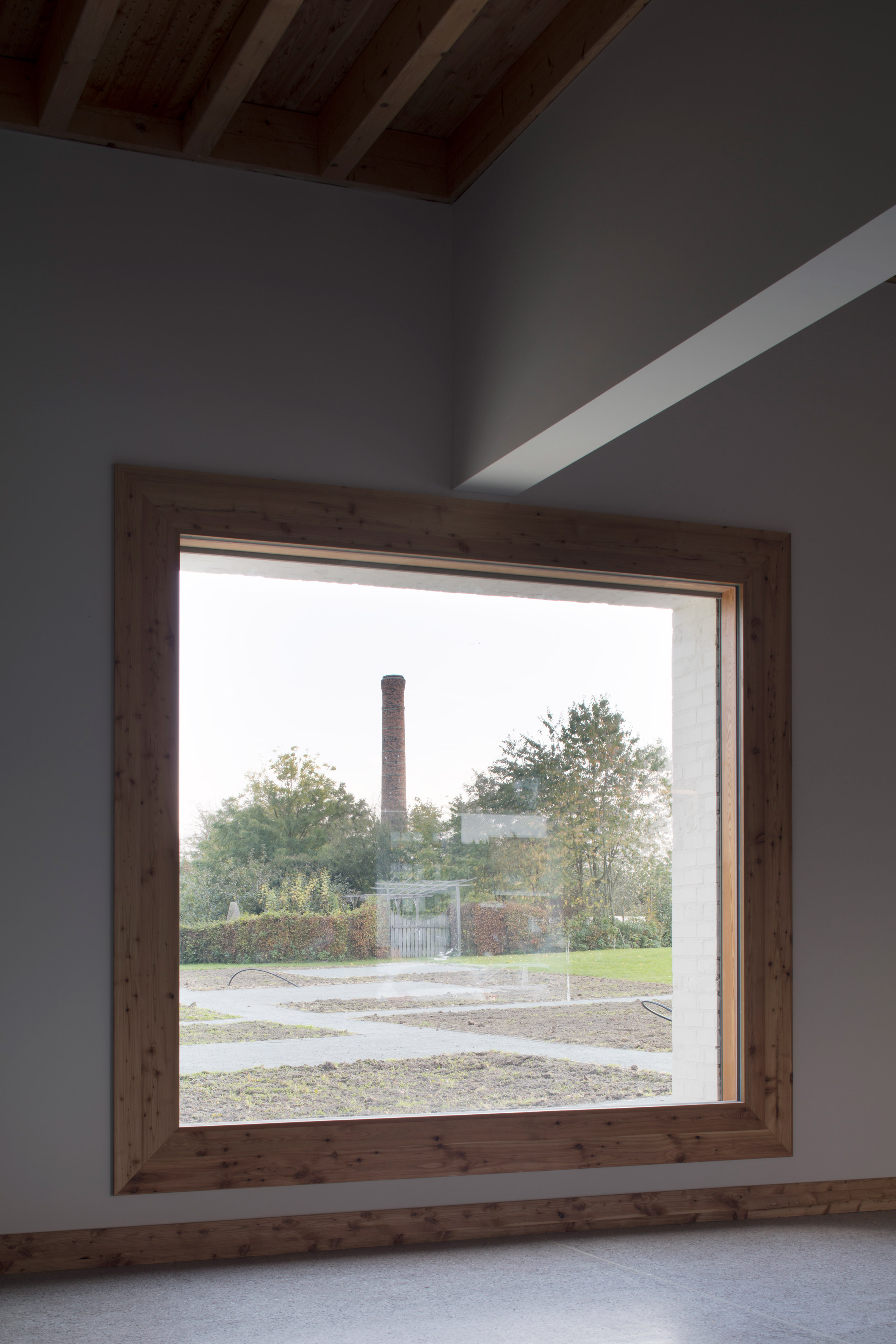 An entrance hall sits towards the centre and is emphasised by the placing of offices on top of the space to make it the tallest part of the building.

New exhibition areas are designed to suggest the dimensions of a domestic interior, with partial divisions used to delineate spaces that share the same footprint but vary in height. 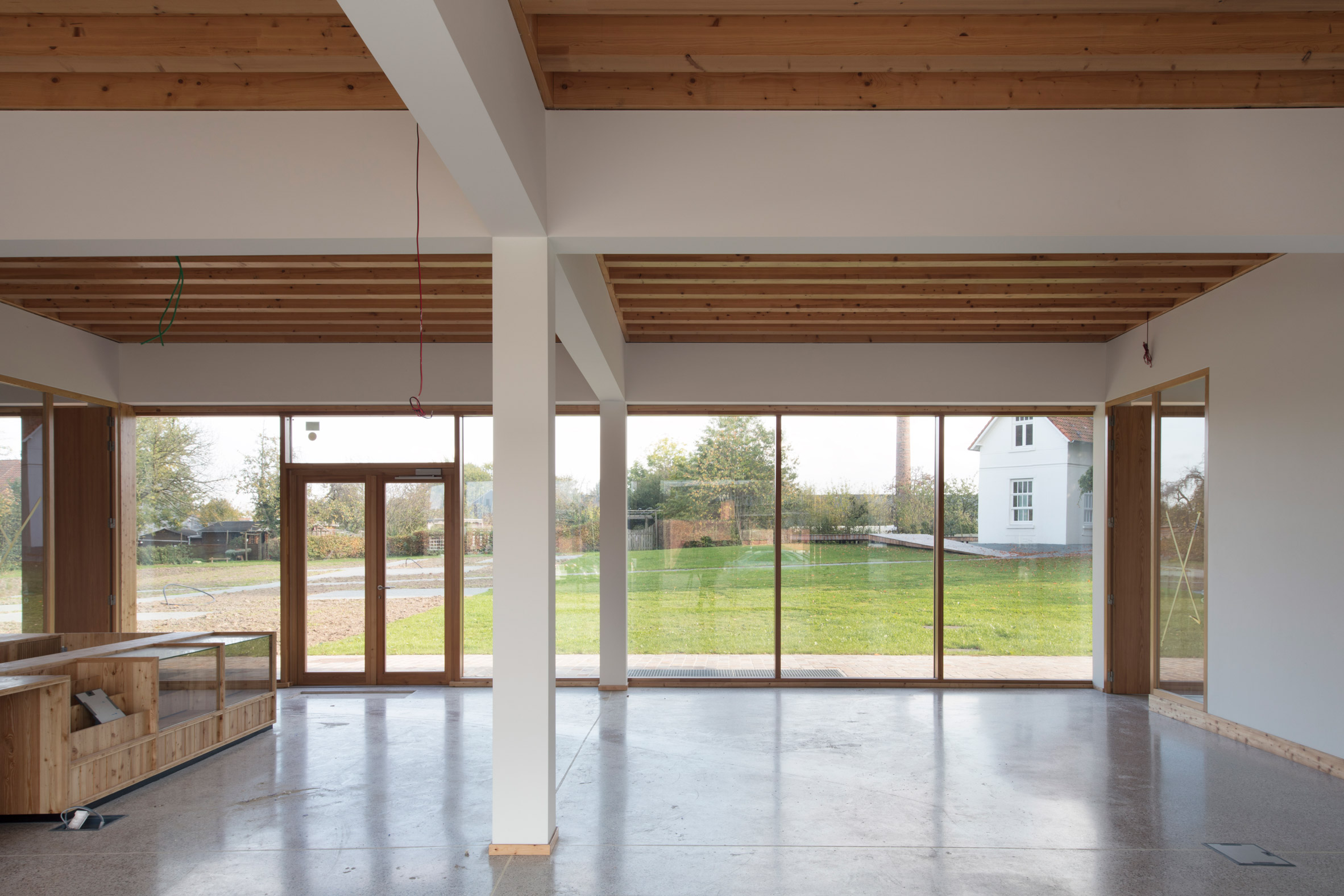 “It’s a domestic atmosphere for domestic objects,” said Decuypere. “The architecture rejects the idea to put these quite common objects on a pedestal. To be contemporary would have been a complete lack of taste.”

Decuypere said that the project had changed the way the practice approaches its material selection in its projects.

“Now we cannot see anymore a material without asking ourselves where it came from, what would it mean for the visitor or user, and above all how it’s possible that contemporary architecture has reduced materials to a question of pure taste without taking care about who builds it, who sells it and what it means for a community,” he said.

“This project has created a lot of doubt about the virtue of innovation and difference that are the base of a lot of contemporary buildings.” 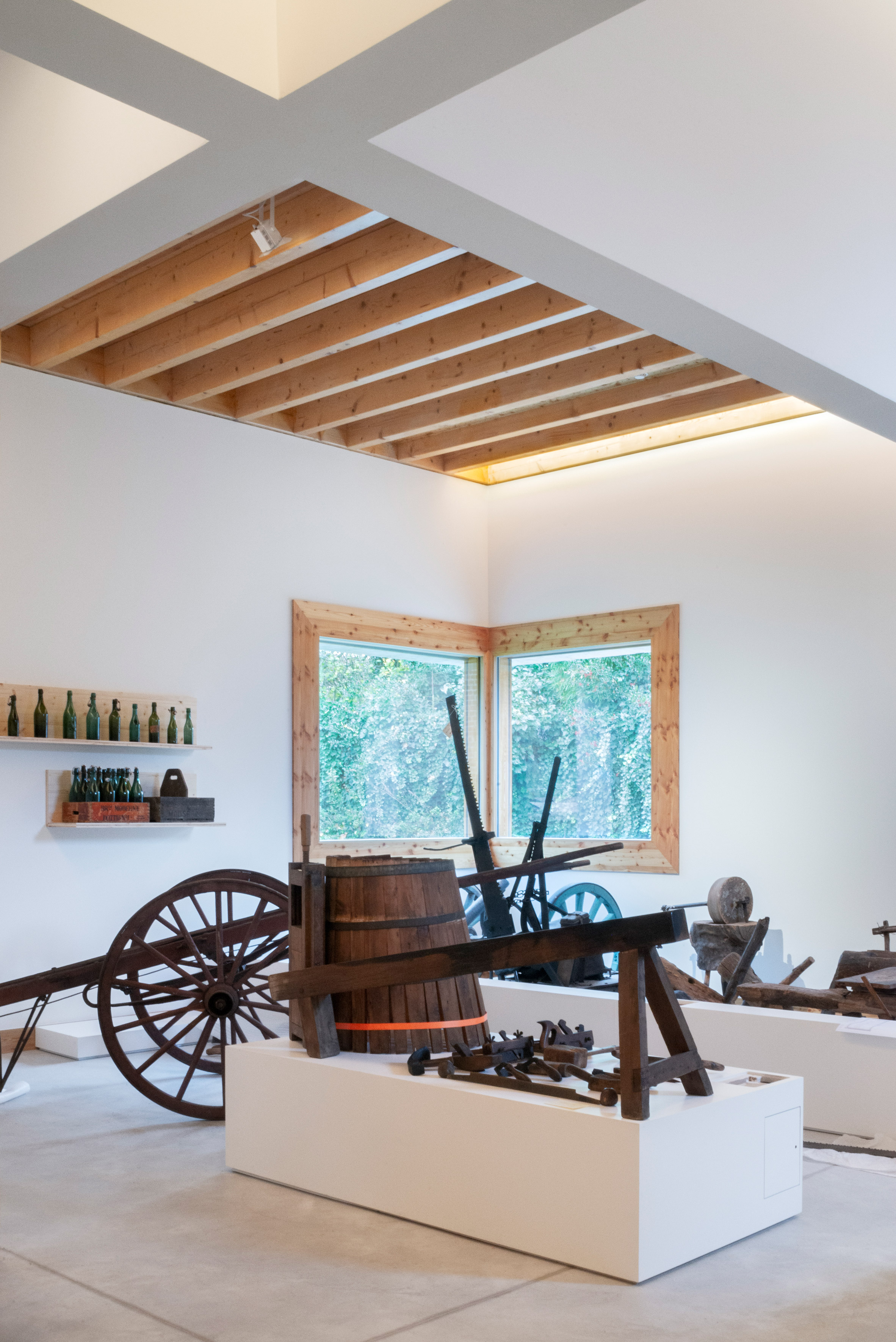 The Folklore Museum in Mouscron was one of 21 buildings in Belgium nominated for this year’s EU Mies Award for the best new architecture of the last two years.

Others included the renovation and conversion of three historic buildings in Antwerp by Bovenbouw, the Faculty of Architecture of Tournai by Aires Mateus and the Ryhove Urban Factory, a workspace for crafts people in the city of Ghent, by Trans.

Photography is by Maxime Delvaux.