The social history of plywood – as an innovator in the furniture and transport industries, and a maligned everyday material – is explored in a new exhibition at London’s V&A museum, which opens this weekend. Curated by Elizabeth Bisley and Christopher Wilk, Plywood: Material of the Modern World provides a potted history of plywood through over 120 objects, ranging from the body of a plane to door handles.

Starting in the 1850s and progressing to present day, the exhibition acts as a timeline of the material’s development and reputation. “People have forgotten the remarkable way that plywood was used.” 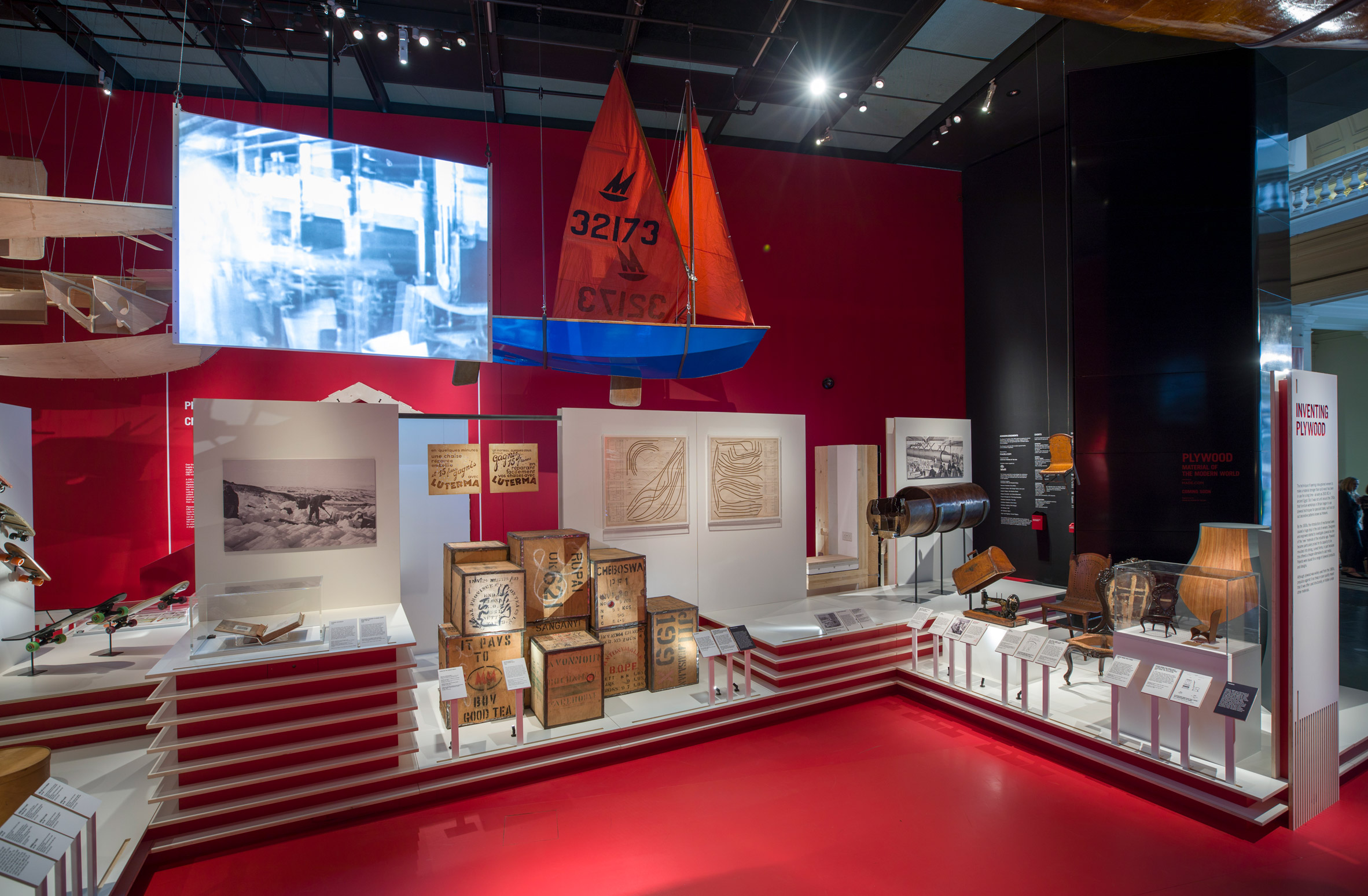 “The use of plywood, just like the use of other materials, is not just a matter of science and technology,” added Wilk.

“The decision to abandon wood in aircraft really in total was revived by de Havilland, the designer of the remarkable Mosquito – the highest flying, fastest aircraft in the second world war – because military leaders in Britain, Germany and the United States decided that metal was a material that fit their view of their airforces as future-looking,” he said. 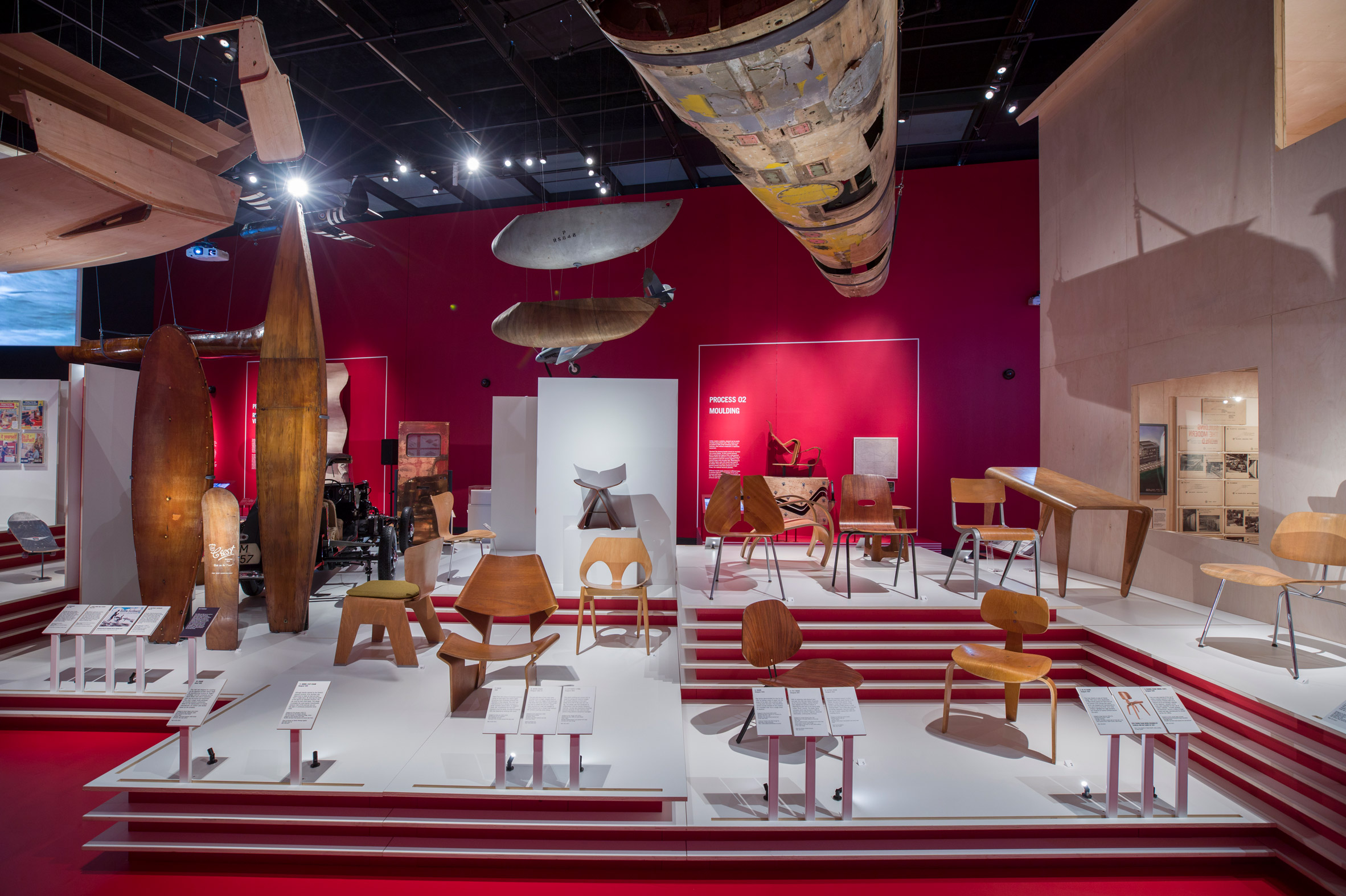 The show is divided into sections by three significant milestones in the production of the material – the invention of the rotary veneer cutter in the early 19th century, the introduction of the molding techniques that formed now-iconic modern furniture designs and the advent of digital technology and CNC-cutting techniques. 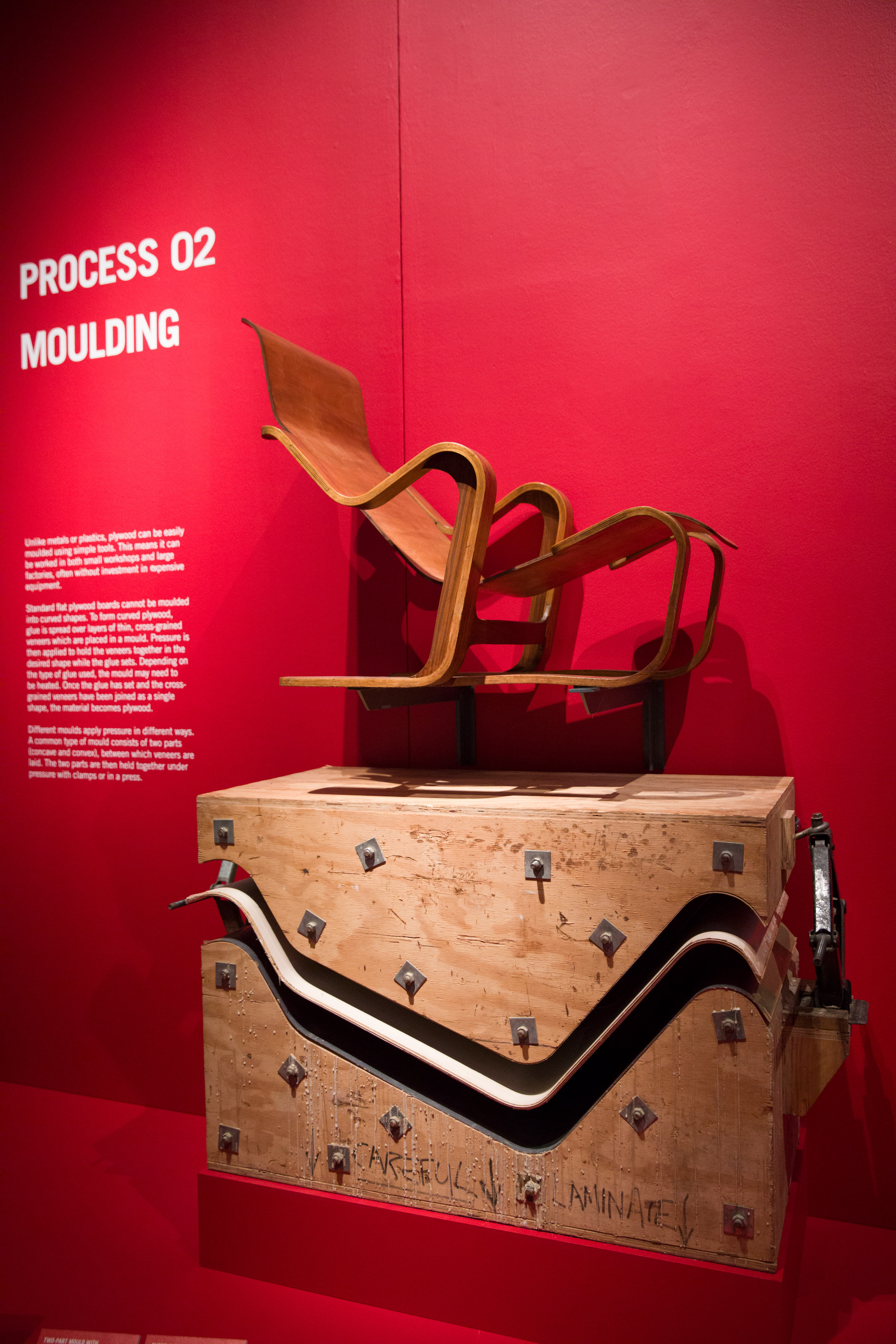 A single ply of wood unfurls from the wall at the entrance of the exhibition beside a video showing how many raw sheets like it are layered with their grains running at right angles to create the strong and mouldable material.

Examples of its applications range from packing cases for early Antarctic expeditions to the first architectural experimentations with the material in the 1930s, which resulted in a cheap housing model deployed during the Great Depression and second world war. 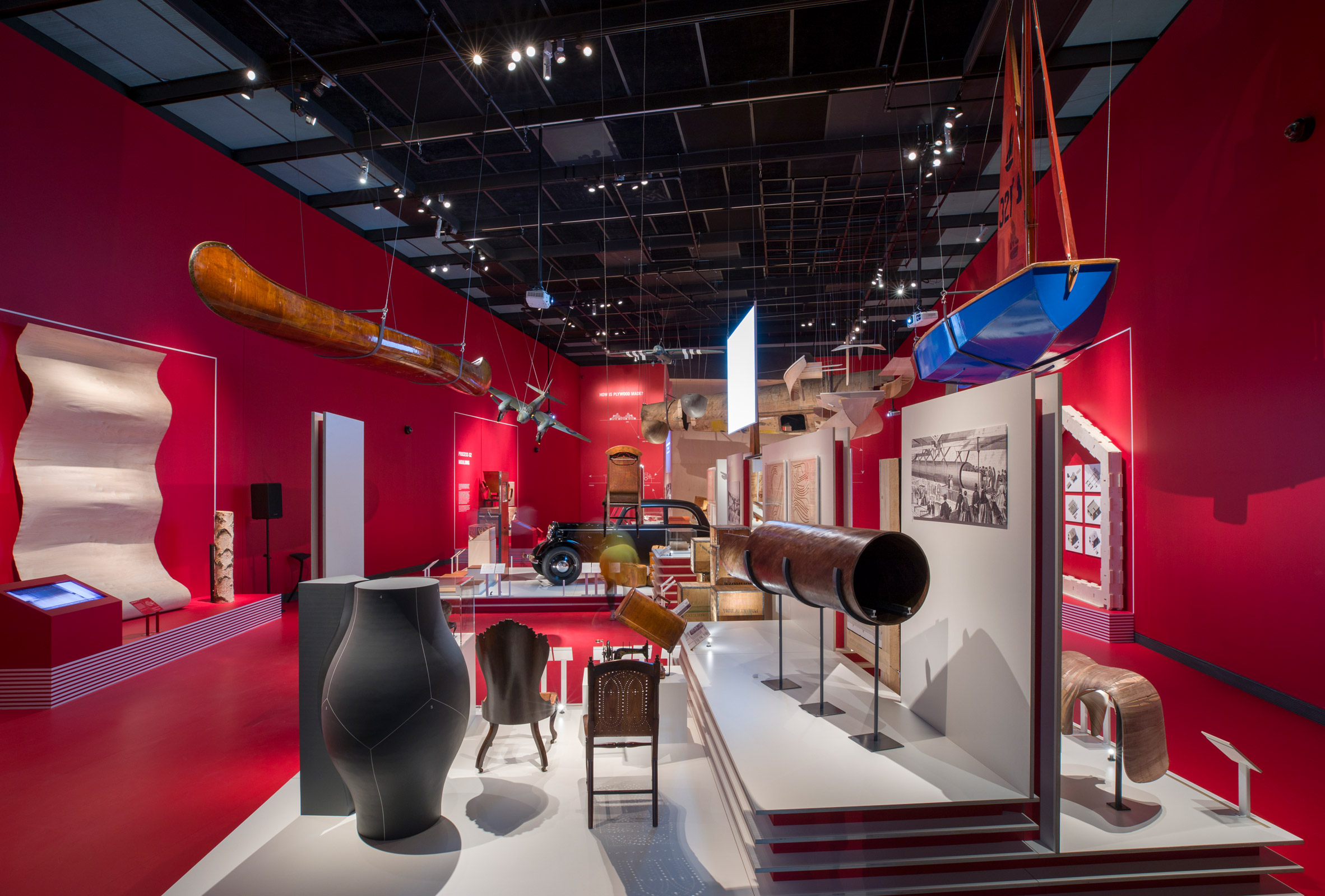 A group of ice-staking shelters by Canadian practice Patkau Architects are huddled in the corner of the museum’s John Madejski Garden to show how the material is being used today.

Plywood is back at the fore of the construction industry with the development of cross-laminated timber, an engineered wood with thick laminations that is allowing architects to build taller than ever without the need for steel or concrete.

The exhibition will run from 15 July until 12 November 2017 in the V&A’s Porter Gallery.

The V&A has just opened a new extension to its galleries designed by Amanda Levete’s firm AL_A. It provides a porcelain-tiled entrance off Exhibition Road and an underground gallery, which will be used to offer a better layout for its blockbuster shows.

The post V&A exhibition charts the rise and fall of humble plywood appeared first on Dezeen.