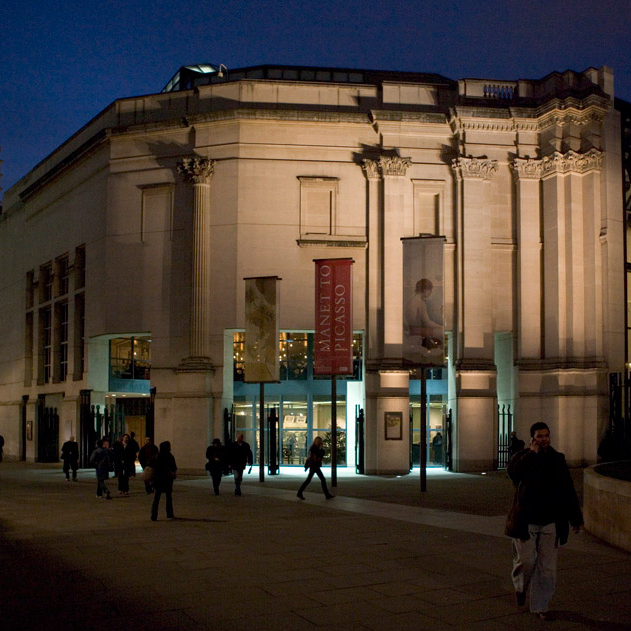 The American Institute of Architects has bestowed its 25 Year Award upon Robert Venturi and Denise Scott Brown‘s Sainsbury Wing at the National Gallery in London.

Described by the American Institute of Architects (AIA) as a “decorated shed”, the postmodern extension to the National Gallery has won this year’s 25 Year Award for a building “that has stood the test of time for 25-35 years and continues to set standards of excellence for its architectural design and significance”.

Opened to the public in 1991, the project on the last remaining space in Trafalgar Square was the result of one of the UK’s most controversial architecture competitions.

The Venturi Scott Brown building was the winner of the second competition for the site, after Prince Charles intervened in the first contest – infamously calling Ahrends, Burton and Koralek’s high-tech winning design a “monstrous carbuncle”.

The eventual winning design by Venturi and Scott Brown, who were jointly awarded the AIA Gold Medal in 2016, was praised by the AIA for balancing both old and new aesthetics.

“One of the finest ‘decorated sheds’ created by Robert Venturi, and Denise Scott Brown, the Sainsbury Wing at the National Gallery in London balances old and new as a home to one of the world’s most visited collections of early Italian and Northern Renaissance paintings,” said the AIA.

One of the most prominent examples of postmodern architecture in the UK, the building takes the forms and columns of the 19th-century neoclassical National Gallery, but slowly reduces the elements. Last year the buildings was given Grade I listing by Historic England.

“A play on Italian Mannerism, the wing demonstrates the duo’s sophisticated but ironic acknowledgement of modern conditions while thoroughly exploring classical architecture’s conventions,” said the AIA.

The AIA’s 25 Year Award has previously gone to some of the most well-known buildings in the world, including Farnsworth House by Ludwig Mies van der Rohe, the Solomon R Guggenheim Museum by Frank Lloyd Wright, the John Hancock Center by SOM, and Frank Gehry’s house in Santa Monica.

The prize was last presented in 2017 to IM Pei’s Grand Louvre. In 2018, the AIA chose not to bestow any building with its 25 Year Award for the first time since the prize was first given in 1971.

“Unfortunately, this year the jury did not find a submission that it felt achieved 25 years of exceptional aesthetic and cultural relevance while also representing the timelessness and positive impact the profession aspires to achieve,” the AIA said in a statement to the Architect Magazine at the time.

Venturi died last year, with Dezeen columnist Sean Griffiths among those to pay tribute to the postmodernist pioneer, describing him as a huge influence on the way we view architecture.

All photos courtesy of the National Gallery.