on march 15, 2019, new york celebrated the grand opening of hudson yards. although the mixed-use scheme — the largest private real estate development in the history of the united states — comprises a wealth of offices, residences, and retail outlets, its focal point and centerpiece is a publicly accessible structure designed by heatherwick studio. temporarily known as ‘vessel’, the structure is a spiraling, escher-esque maze comprising 154 flights of stairs that ascend skywards.

to explain the project in more detail, heatherwick studio has produced a film — exclusively available at the top of this page — that offers more insight into the design. 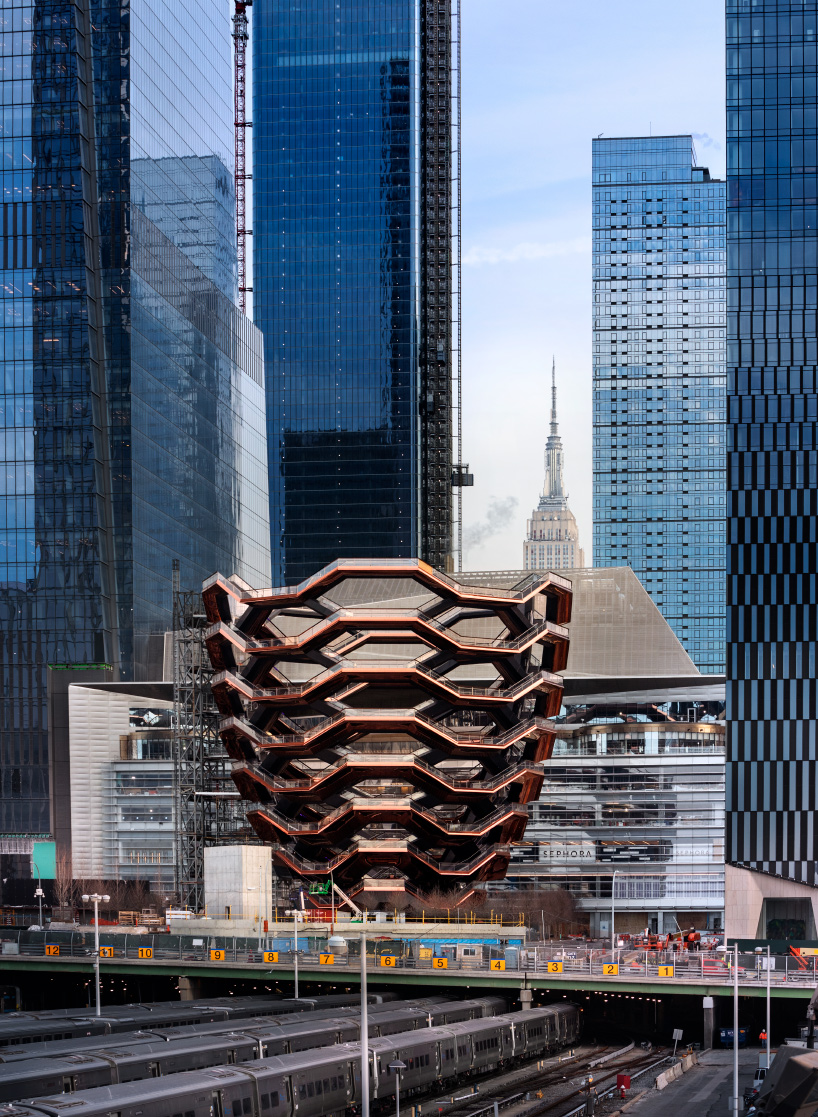 ‘the brief for vessel came about from a new space being created above railway lines with an area equivalent to trafalgar square, and a sense from the people making this new quarter of new york that there should be a focal point,’ explains thomas heatherwick in the film. ‘this idea emerged, influenced in part by some stunning images we found of these stepwells that exist in india that were a way that people could get down to water. we wondered whether you could create, in a sense, an amphitheater for people that brought people together.’ 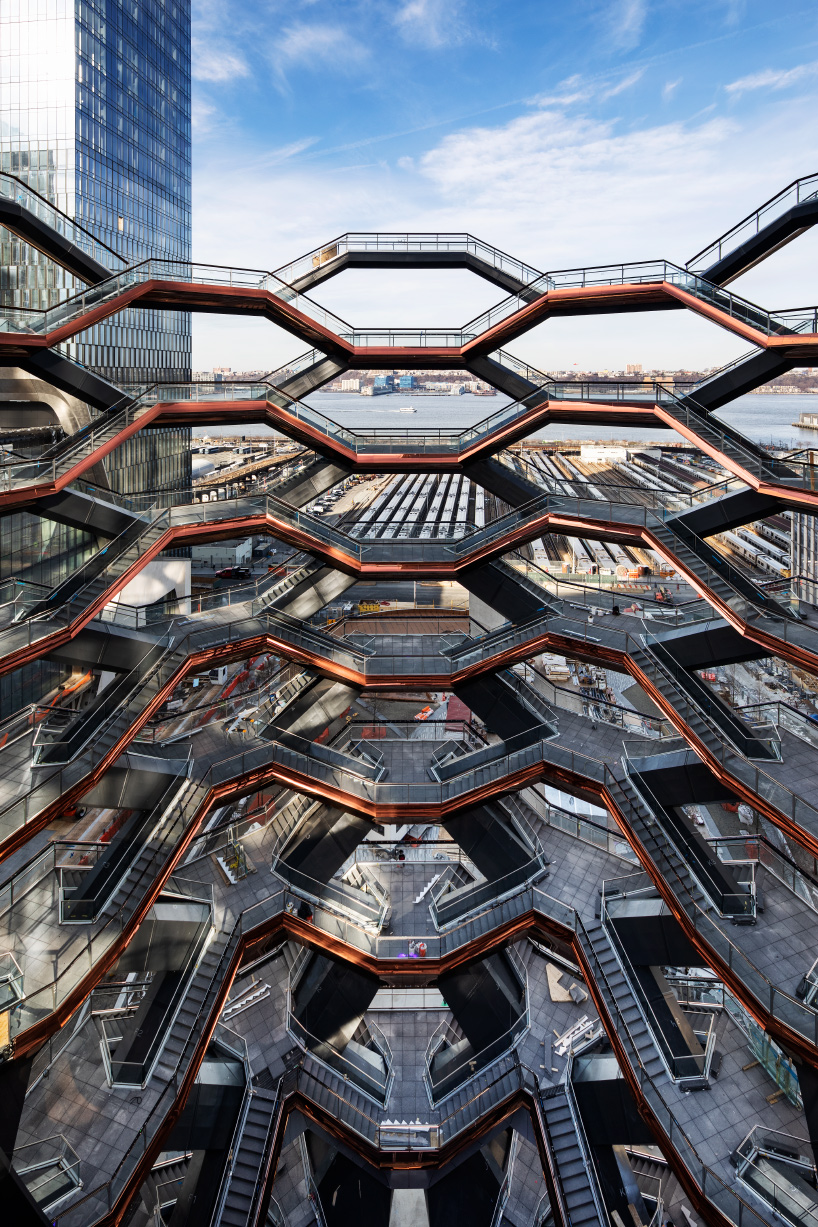 ‘our ambition from very early on was about intensity and socialization, and making a heart to hudson yards — but not in a passive way, not in an object that people would look at, take a photo of and move on, but something that would genuinely bring people together,’ adds stuart wood, group leader at heatherwick studio. as well as its complex structure, described in the film as being more similar to a bridge than a building, the design team also discuss the project’s material palette, which contrasts highly reflective surfaces with more familiar, urban materials. 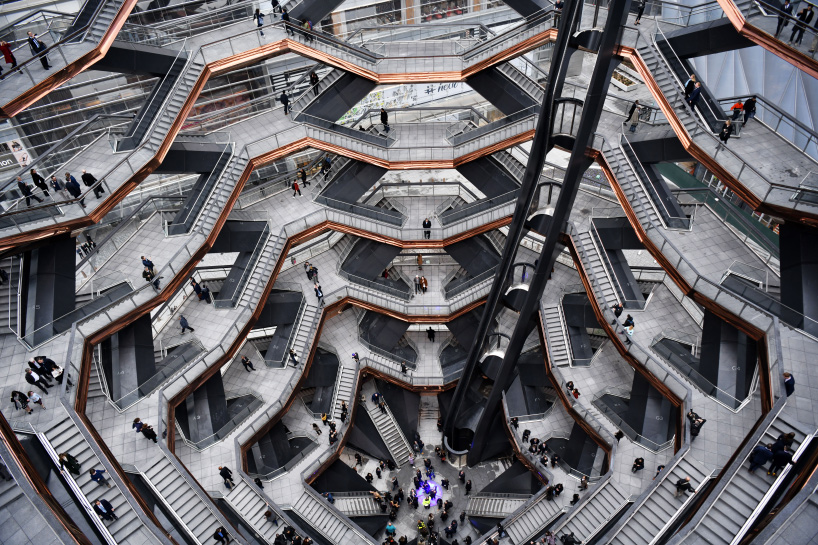 more familiar, urban materials have been used for the interior surfaces
image courtesy of related-oxford

visitors to hudson yards are invited to reserve their free tickets to access ‘vessel’ through its website. however, since opening, ‘vessel’ has been incredibly popular, with tickets for the next two weeks currently sold out. more spontaneous visitors can book same-day tickets each morning at 8am (new york time) online or on site. see designboom’s ongoing coverage of the hudson yards masterplan here. 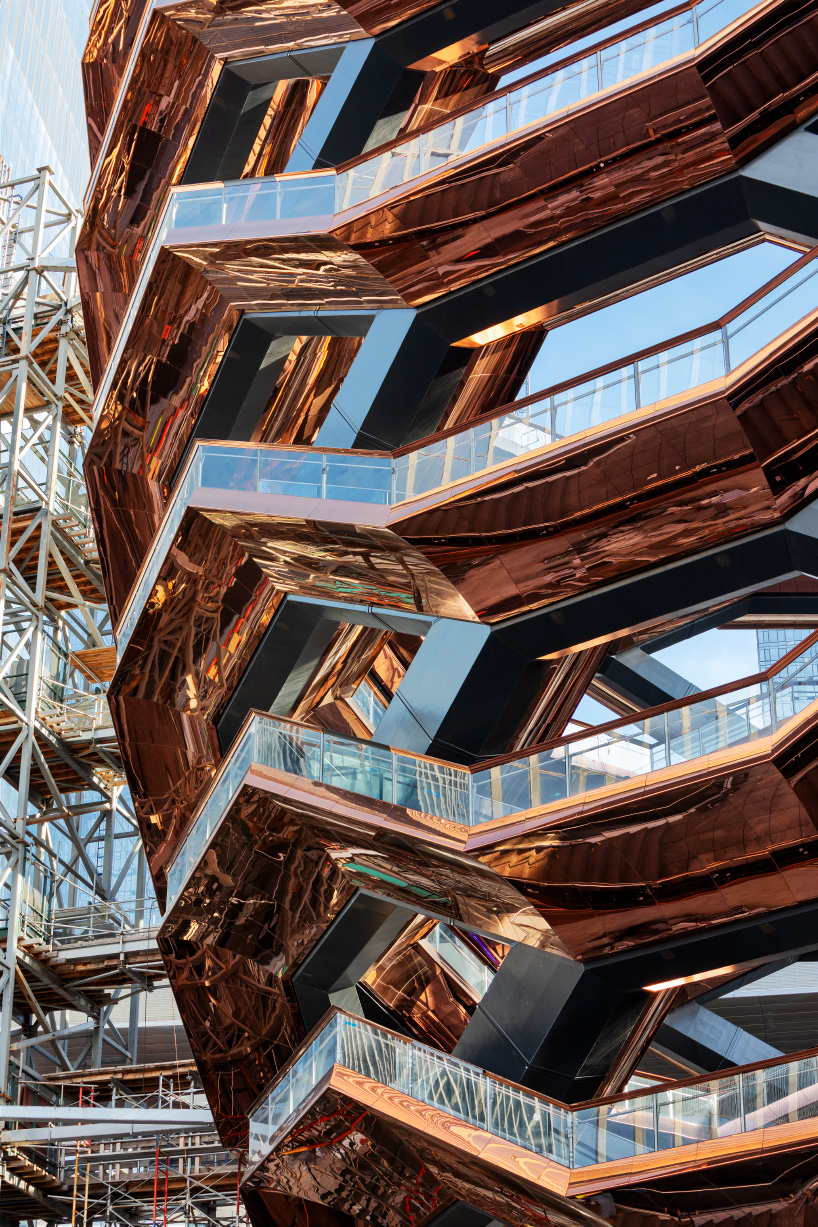 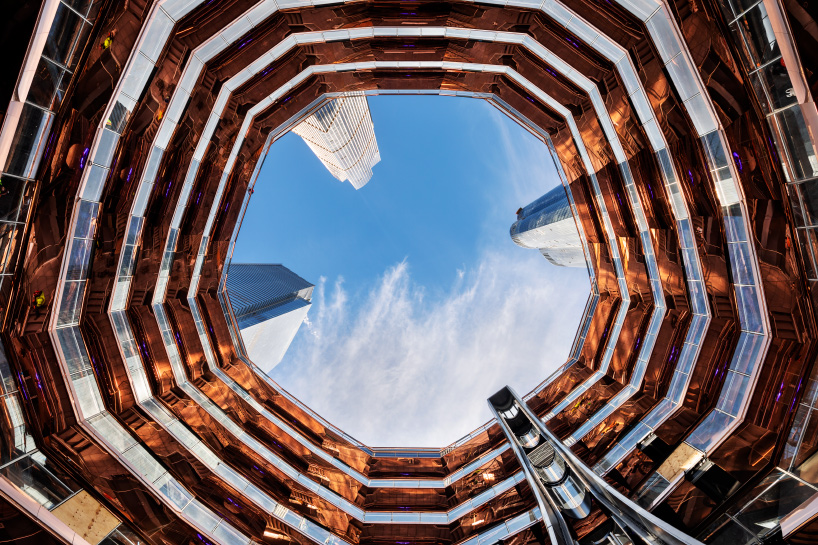 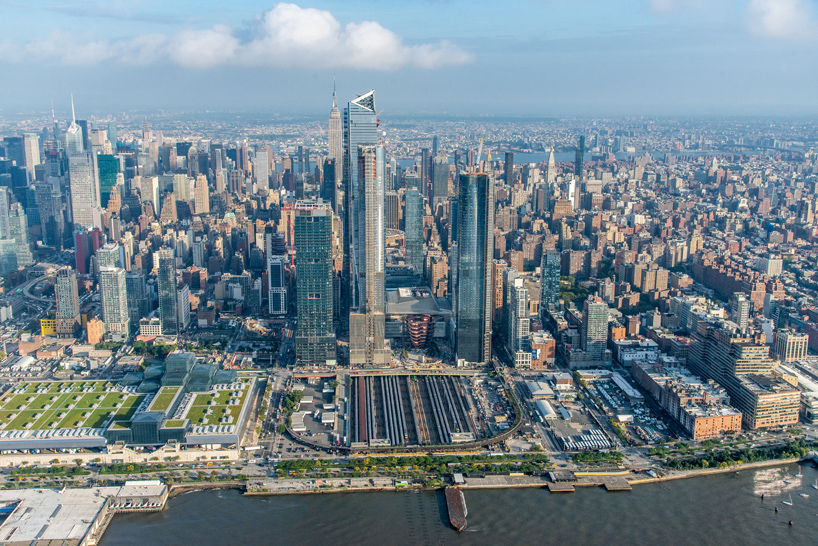