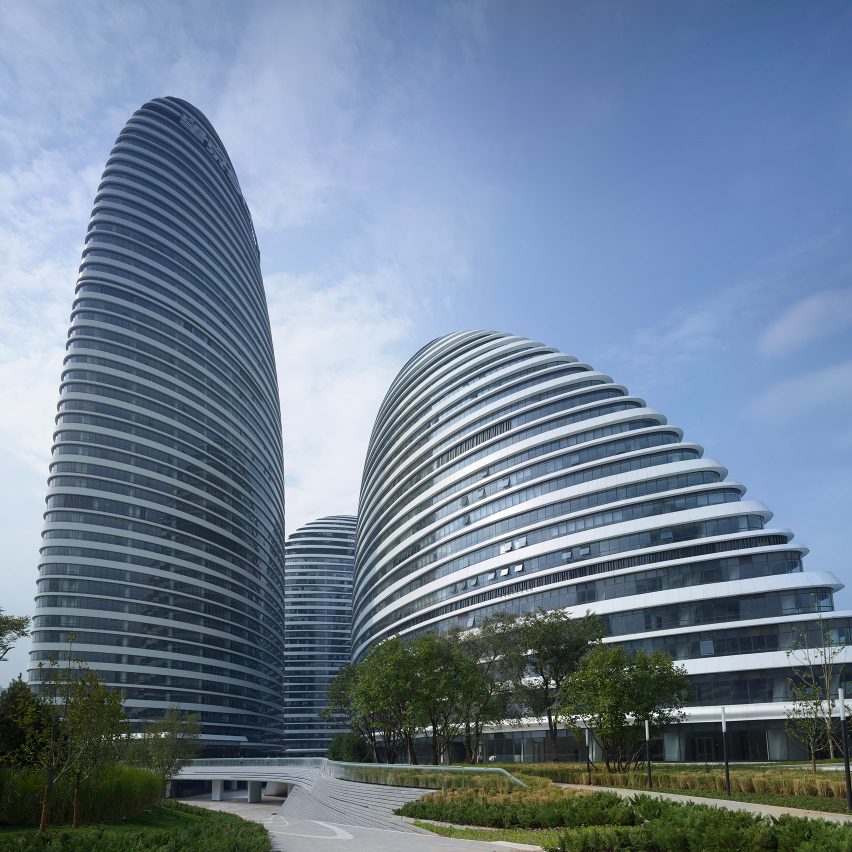 A property developer in China has won a payout over an article claiming the Feng Shui of the Wangjing Soho in Beijing by Zaha Hadid Architects was poor.

Zhuhai Shengun Internet Technology was ordered to pay 200,000 yuan (£22,900) in compensation to SOHO China by the Chaoyang District People’s Court in Beijing for a piece that criticised the design of the office complex and said it had brought bad luck to its tenants.

The court in Beijing ruled that the article, based on “superstition”, had damaged the developer’s business renting out space in the Wangjing Soho complex.

Wangjing Soho was designed by the late Zaha Hadid, the Iraqi-British architect who founded Zaha Hadid Architects (ZHA) in 1980 and designed the Guangzhou Opera House and the London Aquatics Centre.

The writer, an expert in Feng Shui, said the design of the three undulating towers resembled “pigs kidneys” and listed a number of tech companies that had done badly after renting office space in the building.

The location, rising from an island between main roads leading to Beijing Airport, was poorly chosen to attract good energy, said the Feng Shui expert.

Feng Shui is the ancient Chinese belief that the way buildings are arranged and orientated can bring in positive “qi”, a form of energy. Its positive and negative effects are often taken into account when designing a building and choosing its site.

Beijing officials have also been cracking down on estate agents who use claims about good Feng Shui to sell their properties. In April 2017, the Financial Times reported, the city government ordered property websites to remove any adverts that mentioned “Feng Shui and other feudal superstitions”.

Many architects actively work with Feng Shui experts when it comes to designing buildings.

In Paris, Mikou Studio consulted Feng Shui specialist Laurence Dujardin while designing a swimming pool, while Schmidt Hammer Larsen employed a Feng Shui expert when designing a clubhouse and spa over a lake in GaoYao, China.

Zaha Hadid Architects declined to comment on the case.

Photography is by Virgil Simon Bertrand.

The post Website forced to pay out for saying Zaha Hadid-designed building had bad Feng Shui appeared first on Dezeen.