dutch practice, wenink holtkamp architecten, has transformed an old lacquer factory in oisterwijk, the netherlands, into residential apartments. ‘de lakfabriek’ is part of the former leather factory complex KVL, which for years was one of the largest leather producers in europe. the building initially served to paint leather sheets, subsequently functioning as a technical service. however, in 2001 the company ceased operations and closed their doors. 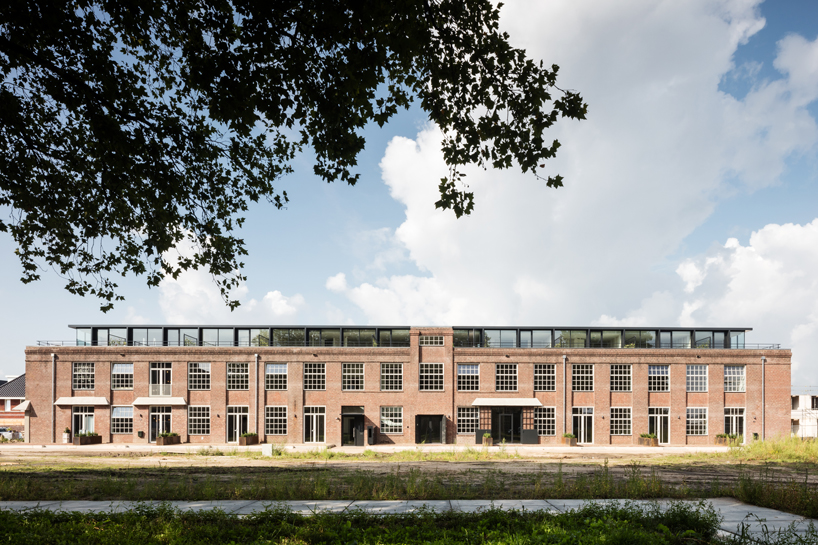 originally designed in 1925 by architect A. benoit, the industrial character of the building is characterized by the brick architecture. the former factory is also distinguished by the rhythmic façade, resulting from the rigid division of openings and vertical brickwork elements. preserving this industrial aesthetic was one of the core values behind the conversion envisioned by wenink holtkamp. this is exemplified by the raw concrete structure which has been left exposed as much as possible within the interior of the apartments. in addition, the use of new slender aluminium window frames with a classic profile refers to the original steel frames, which unfortunately could not be preserved. 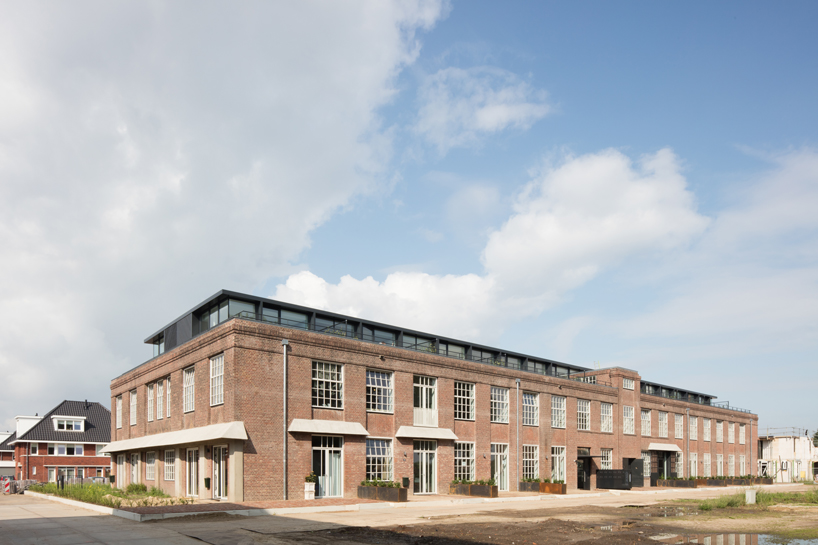 by adding a glass extrusion to the roof, the architect has formed an extra layer and increased the overall floor area. this modern and minimalistic intervention clearly distinguishes itself from the existing architecture through language and materialization, yet complements the building as a whole. on the top level, outdoor terraces are created by placing the extension back from the edge of the original roof. the 25 living units are realized in three different types: studios, apartments and ground-based residences. the layout of each space is designed in consultation with the future residents, accompanied by wenink holtkamp architecten. this concept results in a colorful range of homes, tailor-made to the end user. 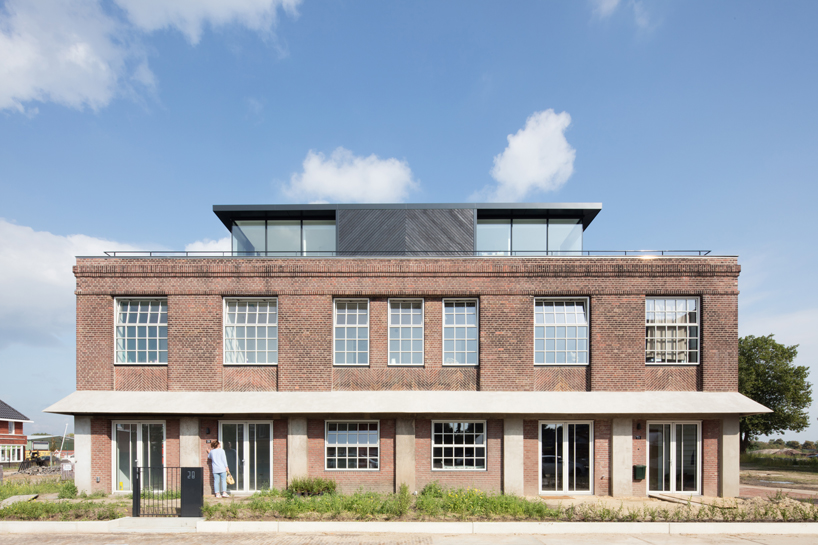 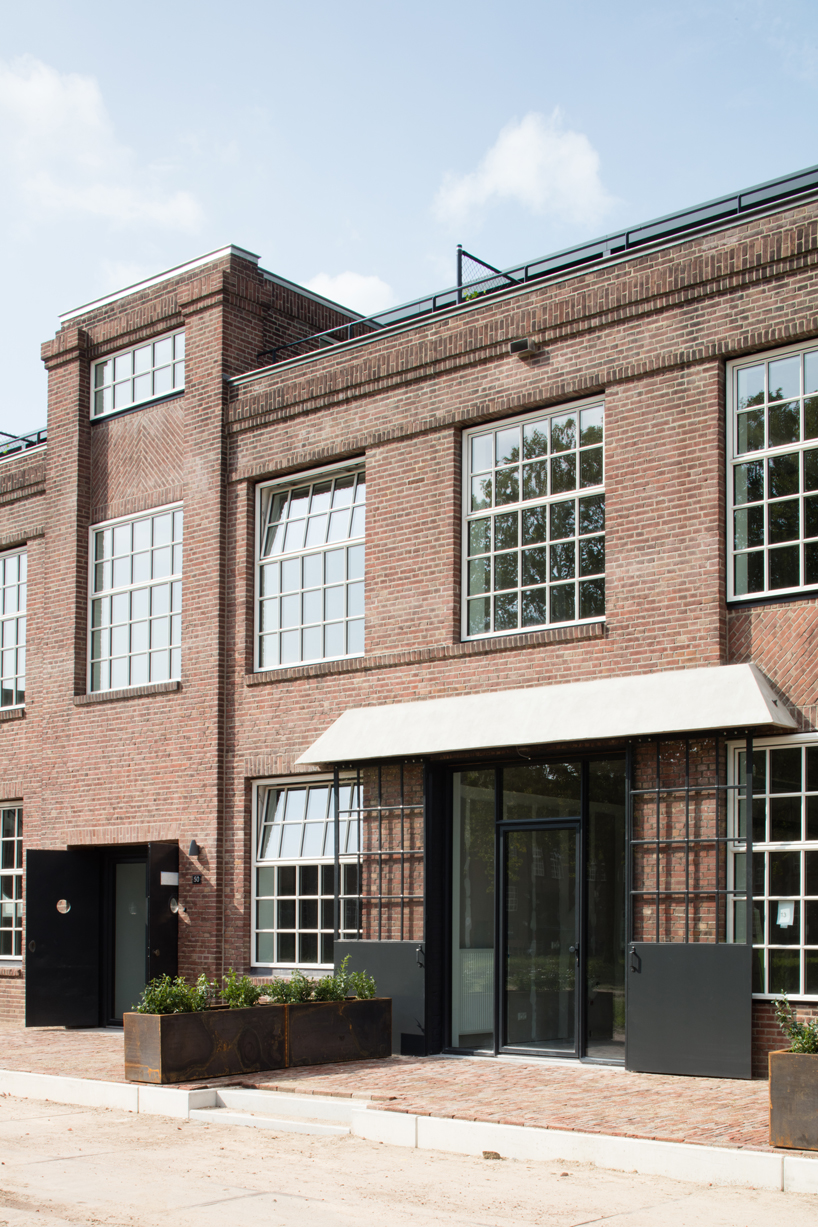 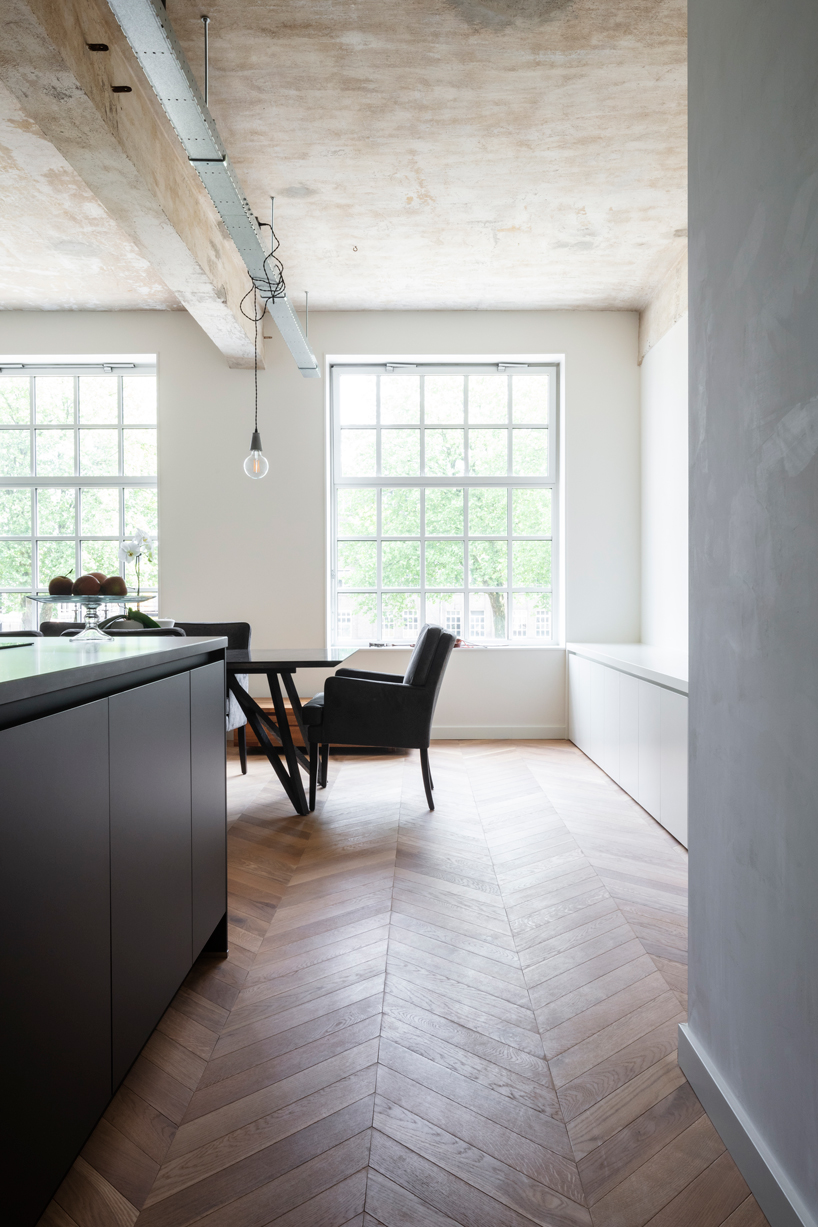 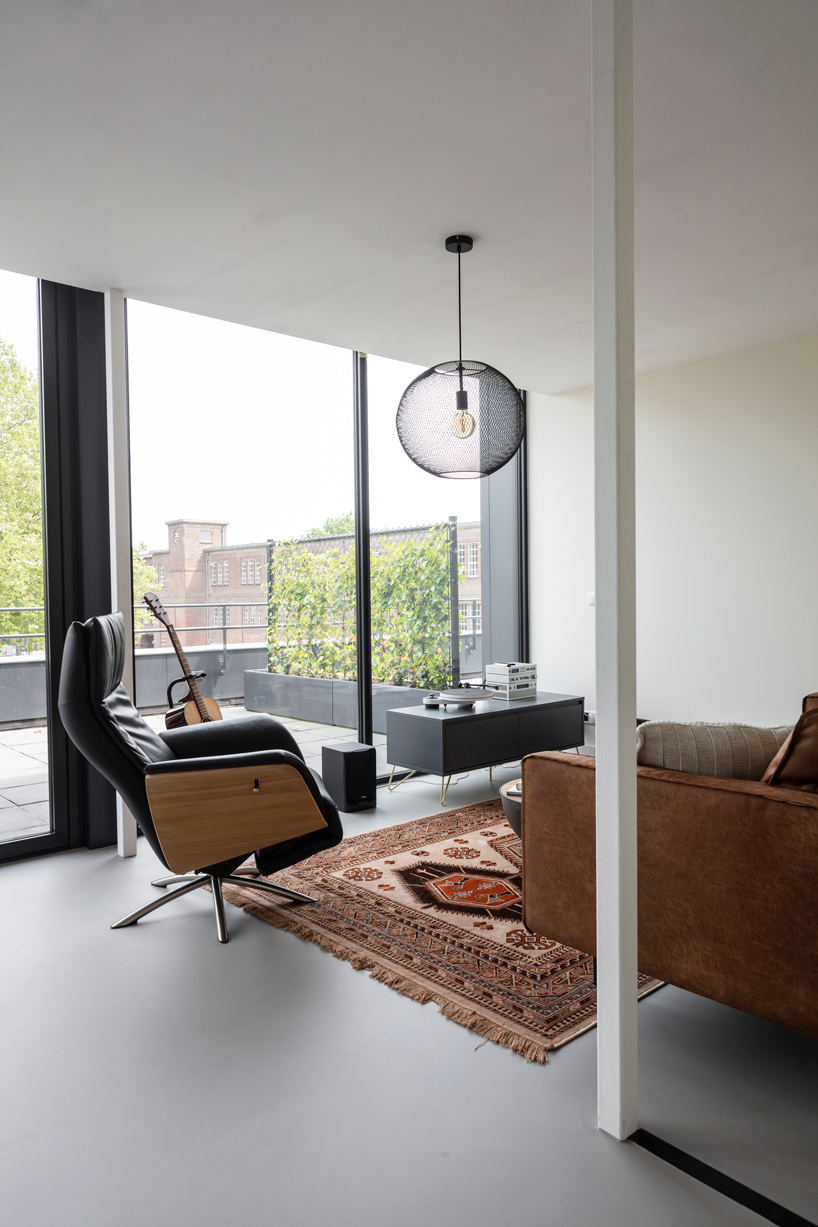 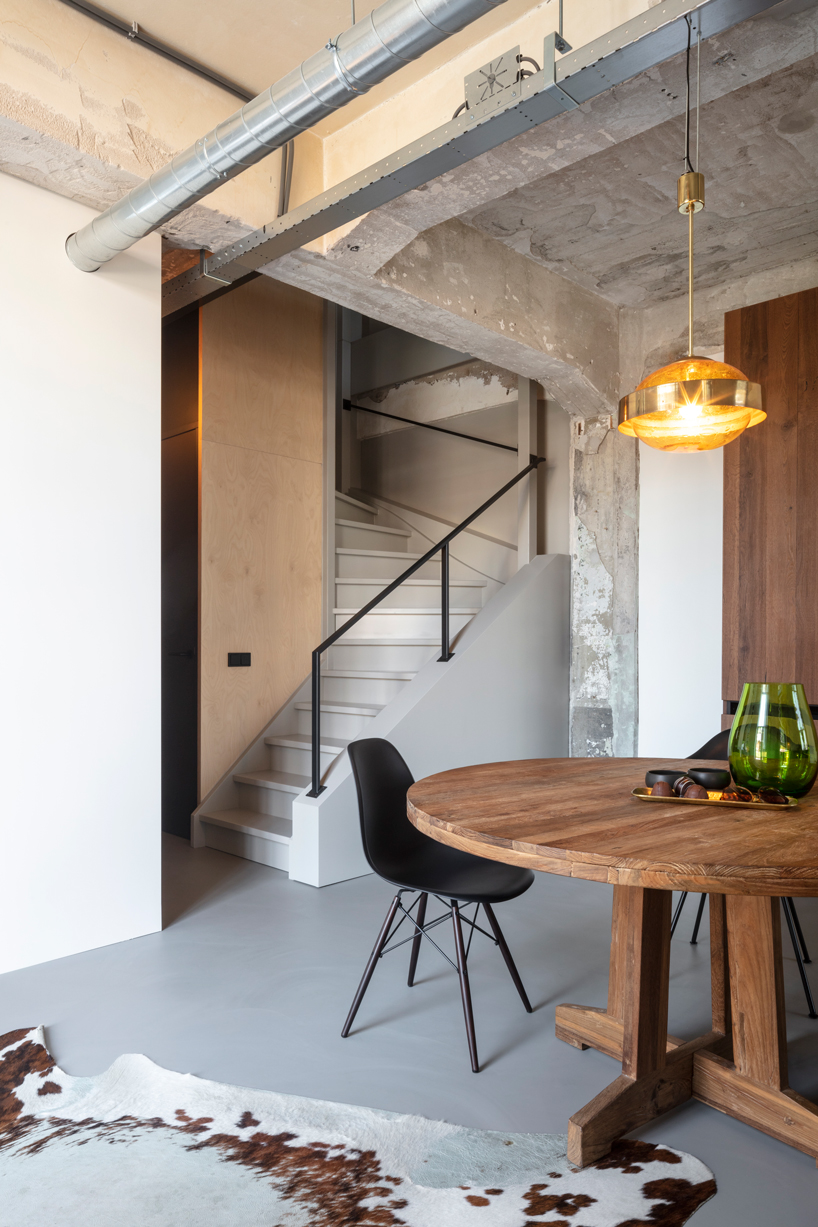 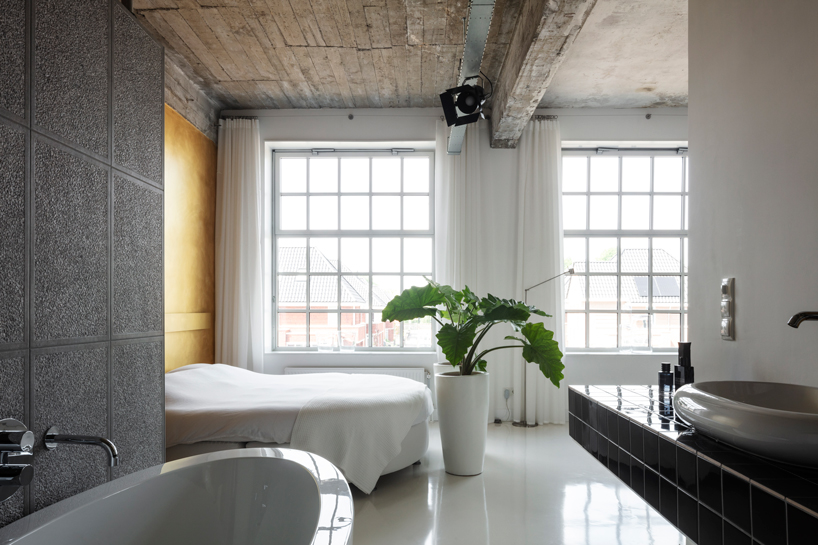 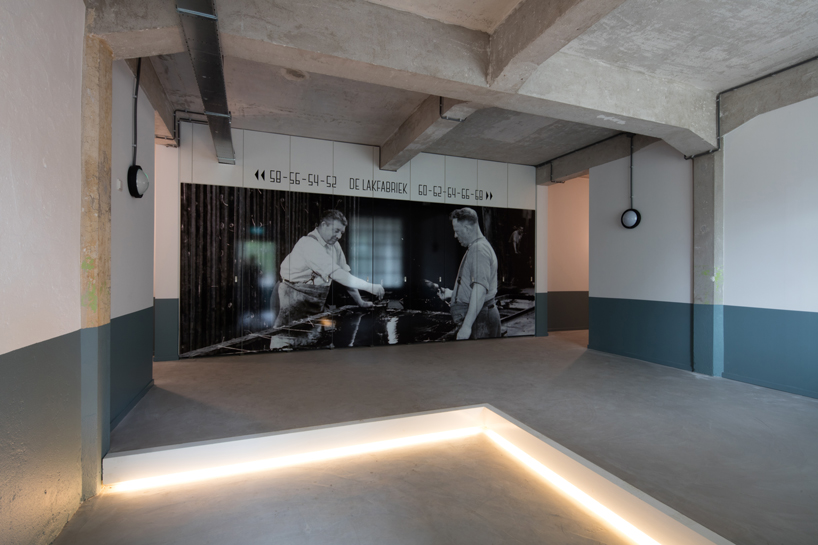 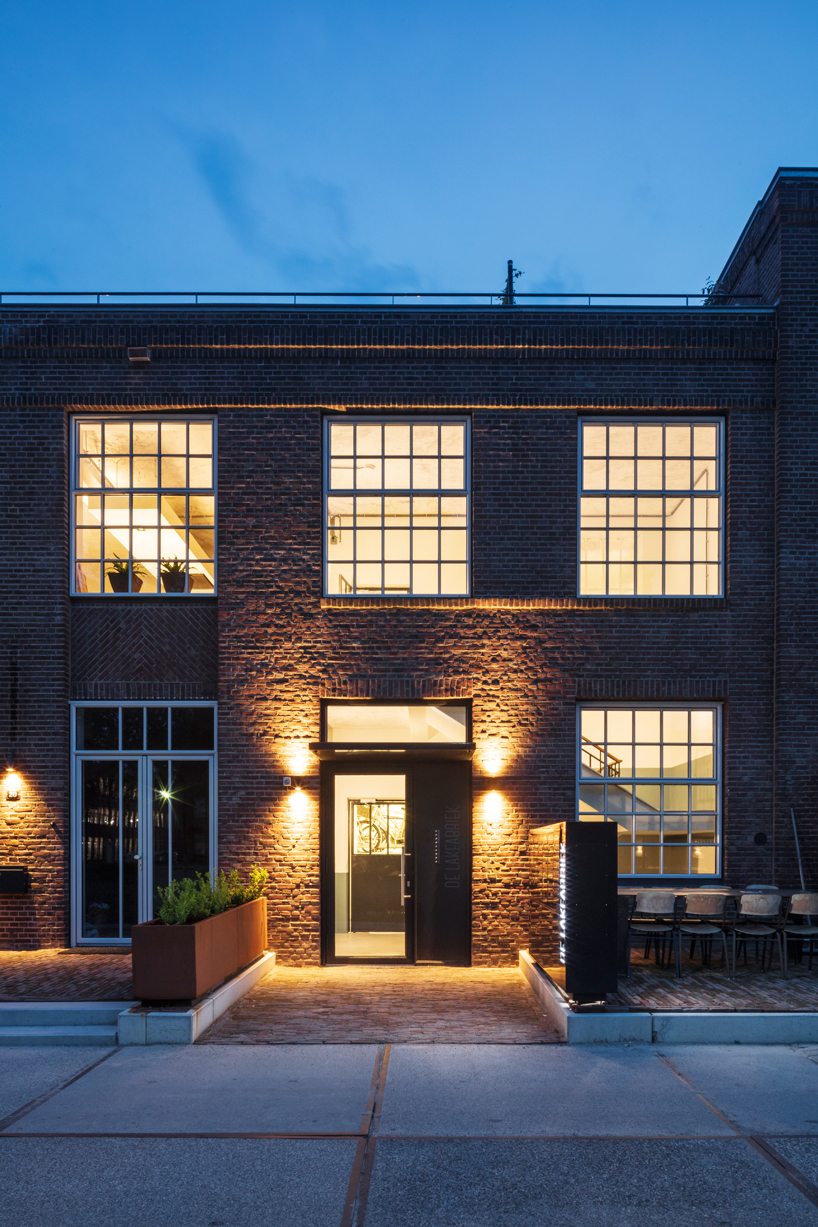 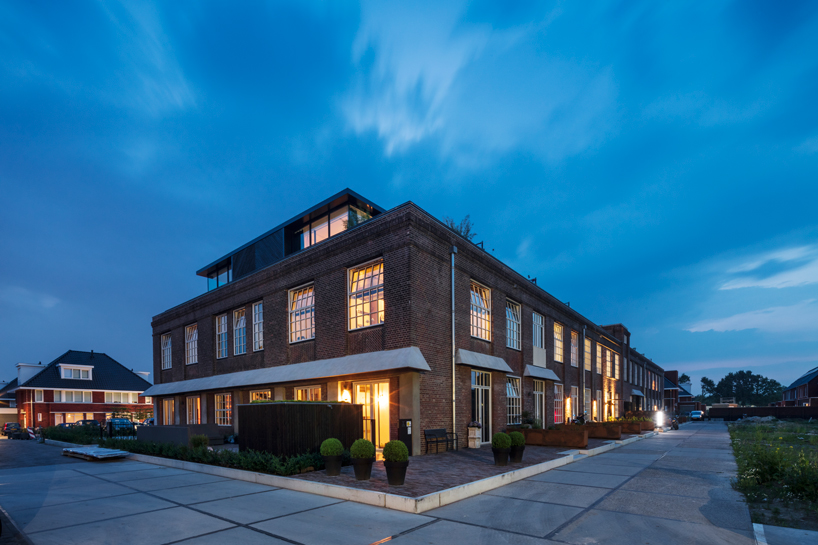 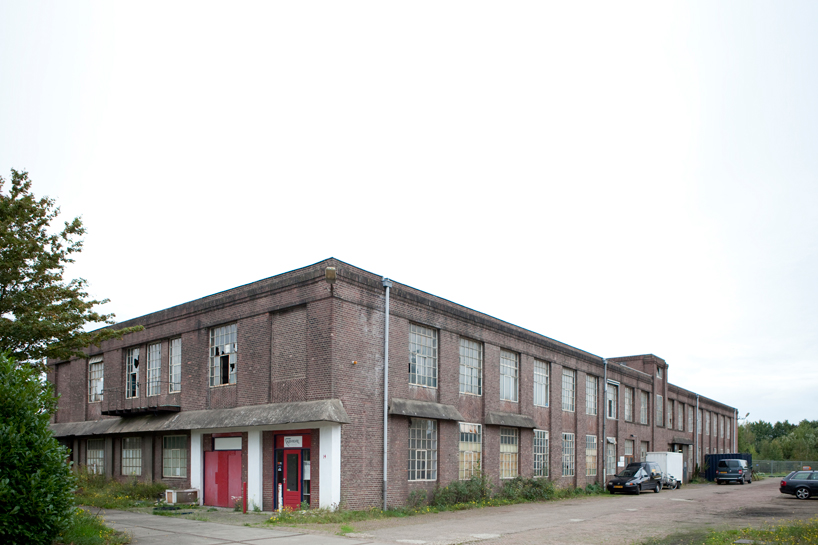