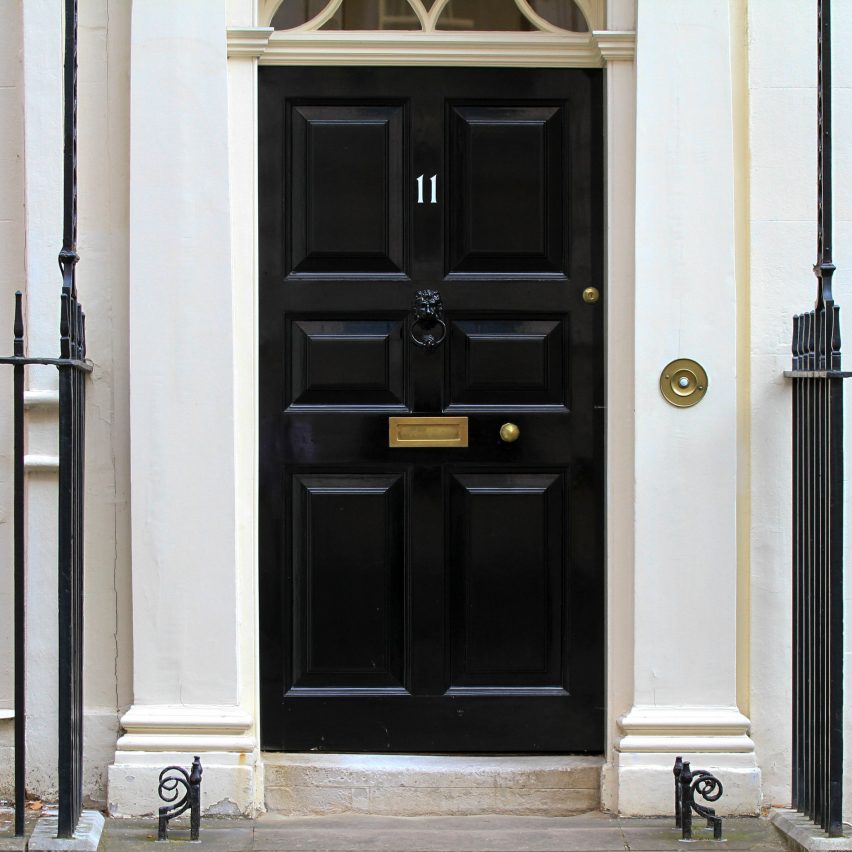 Boris Johnson and Carrie Symonds have recently refurbished their Downing Street flat, but why is everyone so angry about their interior design choices, asks Michelle Ogundehin.

Why is the world seemingly so enraged by the refurbishment of the British prime minister’s flat above Number 11 Downing Street? Is it really solely the issue of who paid for it? Or rather more about the purported ‘look’? Something that’s variously been called maximalist, exuberant, eco-chic and even “groomed eclectic” in one particularly breathy online article.

We don’t even know for sure if the much-cited designer Lulu Lyttle, famed for her Soane Britain brand’s look — think classic mix and mismatch, old meets new, plus a dash of rattan — was even involved. Only that Carrie Symonds, engaged to be the PM’s third wife and mother of Wilfred, his sixth (possibly seventh) child, was “inspired” by her style.

Oh, and that it’s alleged to be costing “tens and tens of thousands” according to classic Boris hyperbole.

So, what can, or should, be read into the Downing Street cash for cushions affair, as it’s rapidly being dubbed? One thing is for sure, there’s a measure of irreverence to the Lyttle-look. A sense of breaking the rules and throwing caution to the wind, rather than kowtowing to what’s deemed contemporary or acceptable.

But this is less about a trend than an instinctive response to the pandemic. After all, it appears that we’re all craving some colour to offset a year of relentless gloom. DIY sales are soaring. Leafy prints and florals for wallpaper are top of the hit parade and shades of blue and green are giving white and grey a run for their money (bringing the hitherto forbidden outside in etc). It makes sense.

When the world feels like it’s gone to hell in a handcart, your home is the one place where you can feel free to express yourself. So, stripes with dots, why not? Golden wallpaper, hell yes! Clashing patterns and painted ceilings, go for it.

Care less about what the neighbours think, they don’t live there. If chancellor Rishi Sunak prefers something more modest-modern with a side of sombre stacked bookshelves, good for him (and probably us as he’s in charge of the national purse). Ms Symonds is making a rather more provocative statement. She’s saying we are individuals, with quirky tastes to match. Certainly, Boris is not your typically polished or conventional PM. And yet perhaps we’d feel less threatened if our leaders exhibited more anodyne tastes?

But does an interior have to be expensive to be original? No. And frankly, I think it’s a bit unfair to have thrown John Lewis under the bus as the signifier of mundanity, thanks to the dismissal of the inherited decor as a “John Lewis furniture nightmare”.

Department store stalwart of the once-great British high street, John Lewis is a beacon of accessible options, affordability and choice. Its aim is to serve everyone, but therein lies its dilemma. By appealing to everyone it struggles to have a distinctive design signature of its own. Can you be mass market and also edgy?

Then again, why would you want to? Surely persuading thousands to upgrade to an on-trend pale pink machine-washable £30 velvet cushion cover keeps a lot more people in gainful employ than one custom-upholstered chaise with matching ottoman. Even if the final costs might be approximately the same.

However, the decor dynamics at play here are only really of interest in context. When Theresa May was in office prior to Boris, the stereotypical gender assumptions about who gets giddy about decor got flipped as she famously spent less than one year’s maintenance grant (£30,000) in her entire three years in situ.

In fact, according to the governmental register of interests, in her second year, she spent nothing at all. She did however have another rather important job to do at the time. And perhaps interior design isn’t really husband Philip’s thing?

As for the Camerons, picture a white, grey and stainless-steel kitchen, slate tiles in the bathroom, a yellow sofa and a fake Arco lamp in the lounge. The latter being something I took great issue with at the time. Surely our head of government and his design-savvy wife Samantha, former creative head of designer stationer’s Smythson‘s, should have known better? Or perhaps they didn’t understand the implications of ripping off someone else’s work?

It sparked my Equal Rights for Design campaign and a year later the legal loophole that enabled the UK to be the fake furniture capital of Europe was closed. Regardless of this presumably budget-busting faux pas, the Cameron’s spent their allocated allowance and topped it up with their own cash.

Their predecessors, Labour former chancellor Gordon Brown and his wife Sarah, apparently kept the kitchen they inherited, spent what they were allowed, and not a penny more. On the other hand, the ‘New Labour’ Blairs before them went completely to town.

Isn’t the greatest madness to go to all this trouble and expense for a home that will never be yours forever?

They also instigated the move to Number 11 rather than living in the traditional flat above the office at Number 10. With four children, it made sense, Number 11 is larger with four bedrooms to Number 10s two. It hadn’t been touched since the 1960s though, so a complete overhaul was required. Regardless, they allegedly spent some £285,380, with modernisations including a mirrored home gym! But at least they lived there for a full decade.

For ultimately, beyond any issues of taste, isn’t the greatest madness to go to all this trouble and expense for a home that will never be yours forever? While I fiercely advocate for the power of your environment to aid productivity as well as peace of mind, an annual refurbishment budget of £30,000 seems extraordinarily generous.

More than sufficient to update the kitchen splashbacks and change the cupboard fronts if you fancy a new look. Throw in a fresh coat of paint throughout, perhaps a little new wallpaper, some canny re-upholstery and for sure new beds and mattresses, and shouldn’t that be enough? Besides, Boris might be out sooner than Carrie thinks, and then what will have been the point?

Michelle Ogundehin is the author of Happy Inside: How to Harness the Power of Home for Health and Happiness and the head judge on TV series Interior Design Masters.

Photo courtesy of US Embassy London.

The post "What can, or should, be read into the Downing Street cash for cushions affair" appeared first on Dezeen.