Our series profiling the mid-century marvels of Palm Springs during the city’s Modernism Week concludes with the Abernathy House by American architect William F Cody, which was designed to maximise outdoor living.

Cody designed the house in 1962 for James Logan Abernathy, a wealthy socialite in Palm Springs and the son of a pioneering furniture manufacturer in Kansas City.

The house is designed to the promote year-round outdoor living, typical in the California desert’s warm arid climate — and is particularly suitable for hosting parties.

The residence is formed by two L-shaped sections, which are linked at their joints by a central square unit. 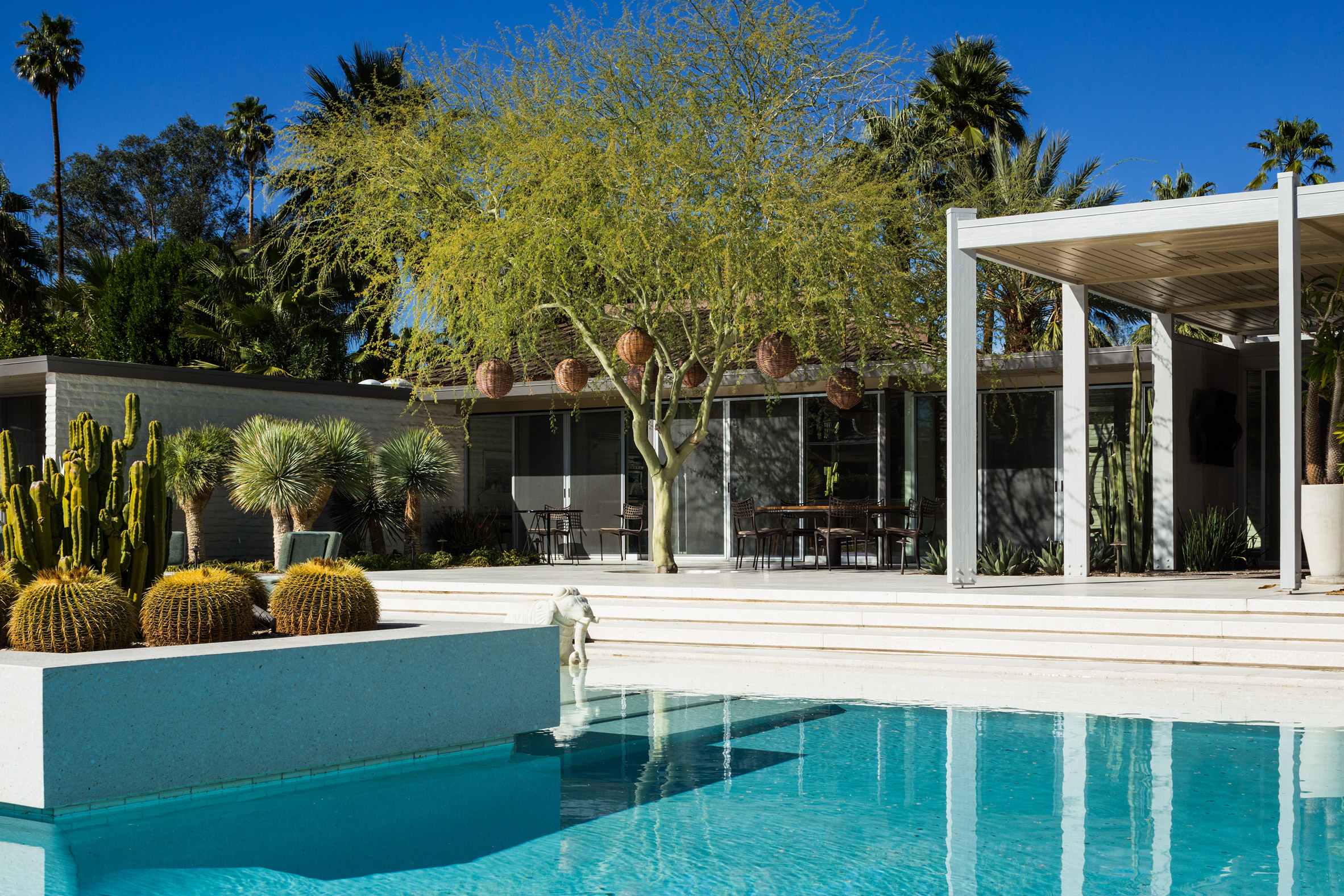 But it is more notable for its ample outdoor areas, most of which are encompassed by an overhanging roof that spans nearly 10,000 square feet (929 square metres) – doubling the home’s livable footprint.

Thin white columns are spaced evenly around to support this pergola extension to the single-storey home, which measures 4,680 square feet (435 square metres).

Each of its four wings is topped with a hipped roof that is covered in shingles, with other flat-topped roofs surrounding the designs.

At the core of the pinwheel design is a living room with fireplace, with sliding glass doors that open to a covered patio.

Abernathy House is situated in the heart of the city and surrounded by a grid-like layout of residential streets. Down the road is Ruth Hardy Park, a flat grassy plot that spans 22 acres (8.9 hectares) with trees interspersed. 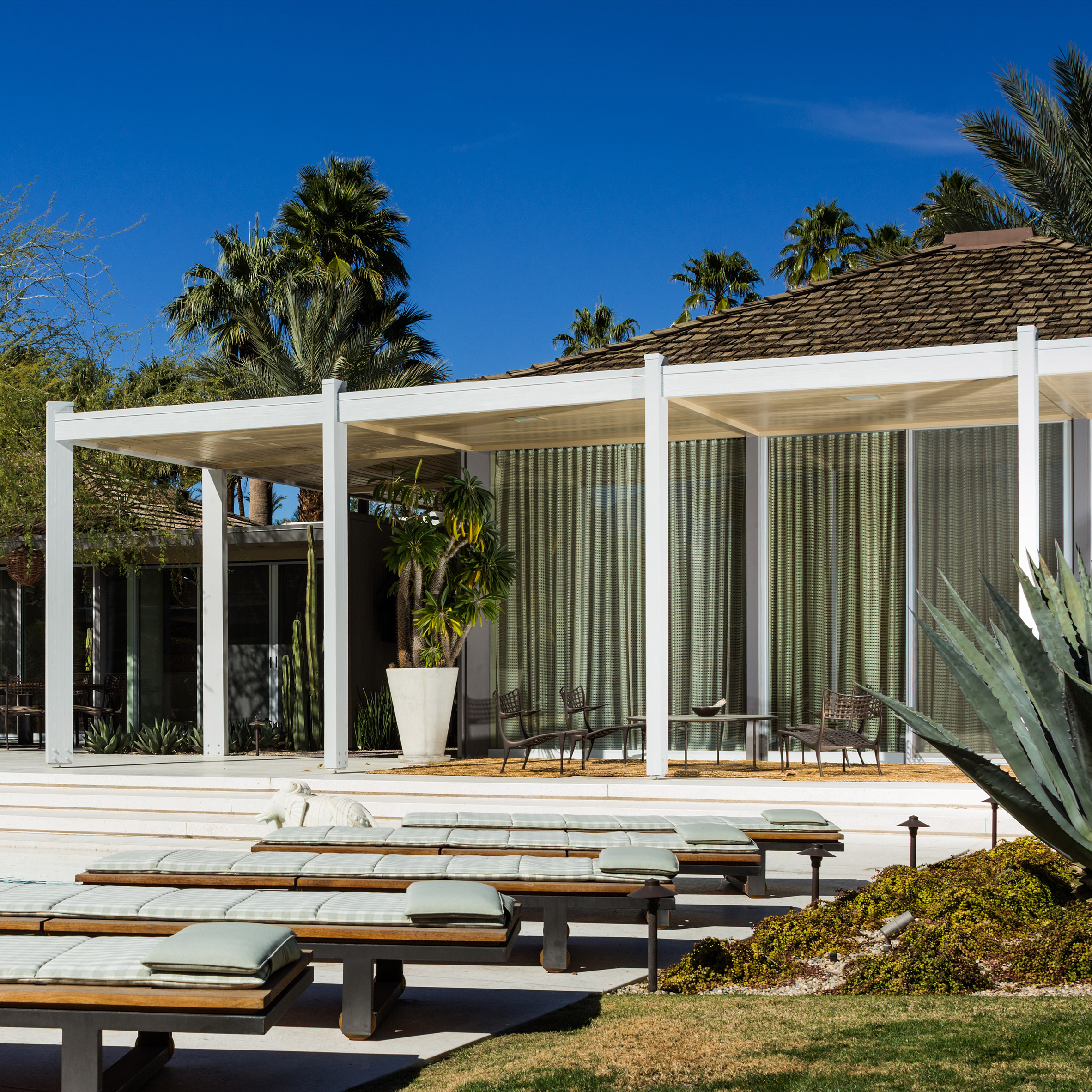 The house has many of the characteristics associated with modernism, like expanses of glass, a white exterior, and a geometric construction. It has subtle similarities to Le Corbusier’s Villa Savoye and Maison La Roche-Jeanneret.

Detailed landscaping also features strongly in the overall design. Dozens of native palm and cacti varieties are planted throughout, and a larger tree shades an al-fresco area accessed from a dining room inside.

A swimming pool is fronted by a large planting structure filled with both tall and bulbous barrel cacti. Nearby are large sage-coloured agave planted atop pebbled landscaping.

New York-based architect Michael Haverland restored the house in 2012, updating many of its original details including its windows, pool, gardens and interiors.

Cody designed many properties in and around Palm Springs, ranging from hotels and country clubs, to sports complexes and residential developments.

Born in Ohio in 1916, he was the son of parents who worked with interior design and textiles. His mother’s interest in art and architecture influenced Cody, and the family moved to California where he trained as an architect and then based his career.

By 1946 Cody was building and redesigning properties throughout California and Arizona. After the Abernathy House, he went on to design the Palm Springs Library in 1972 but suffered a debilitating stroke midway through the project. He died in 1978 at the age of 62.

These and more are celebrated annually during Palm Springs Modernism Week, taking place 15-25 February 2018 this year.

Photography is by Jake Holt unless stated otherwise.